Ex-Rider Interview: Phil Gaimon had a full career before hanging up his WorldTour wheels, but since then he has hardly stopped for a breath. As an ex-pro he fills his time book writing, social media and… riding his bike. Ed Hood caught up with Phil to hear how life is treating him. 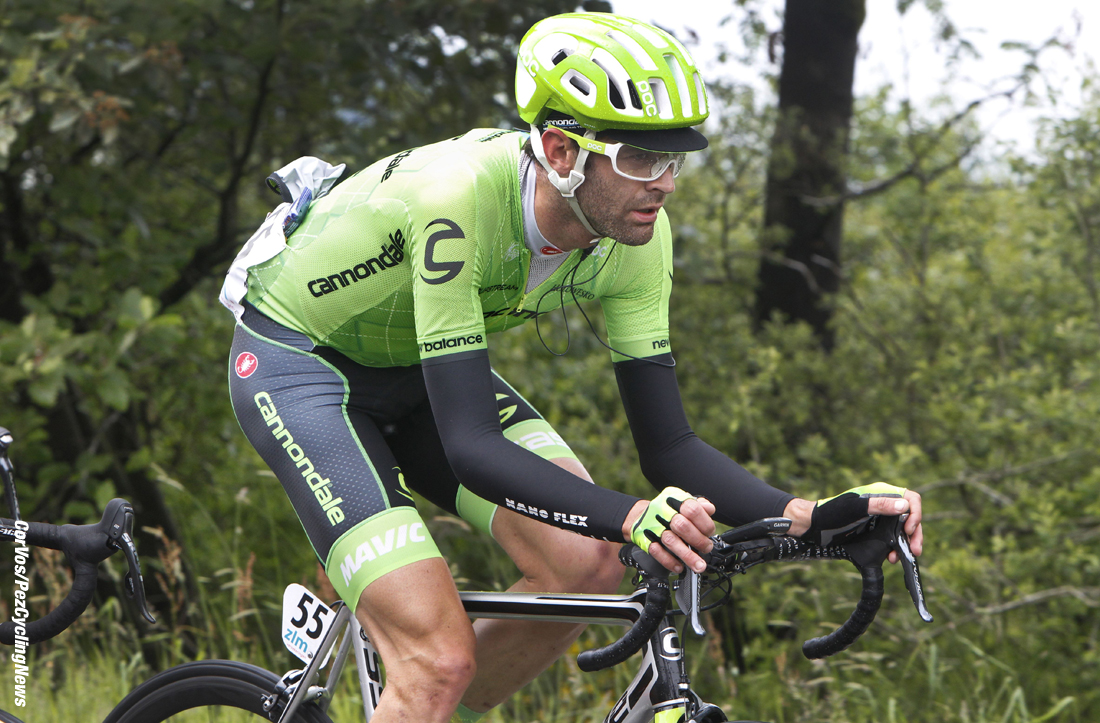 Phil Gaimon was a WorldTour rider with the Cannondale Pro Cycling Team in 2016 but after a career which included spells with Jelly Belly, Kenda, Bissell, Garmin and Optum, there was no renewal with Cannondale for 2017 – but there were offers on the table from continental teams. Rather than deny a young rider trying to get a foot on the ladder a team place, he retired and is now an author, blogger, YouTuber, Strava segment collector and fondo organizer. In 2019 he decided he’d throw his hat in the ring for a place on the US team pursuit squad for the Tokyo Olympics but a bad crash put paid to that dream. 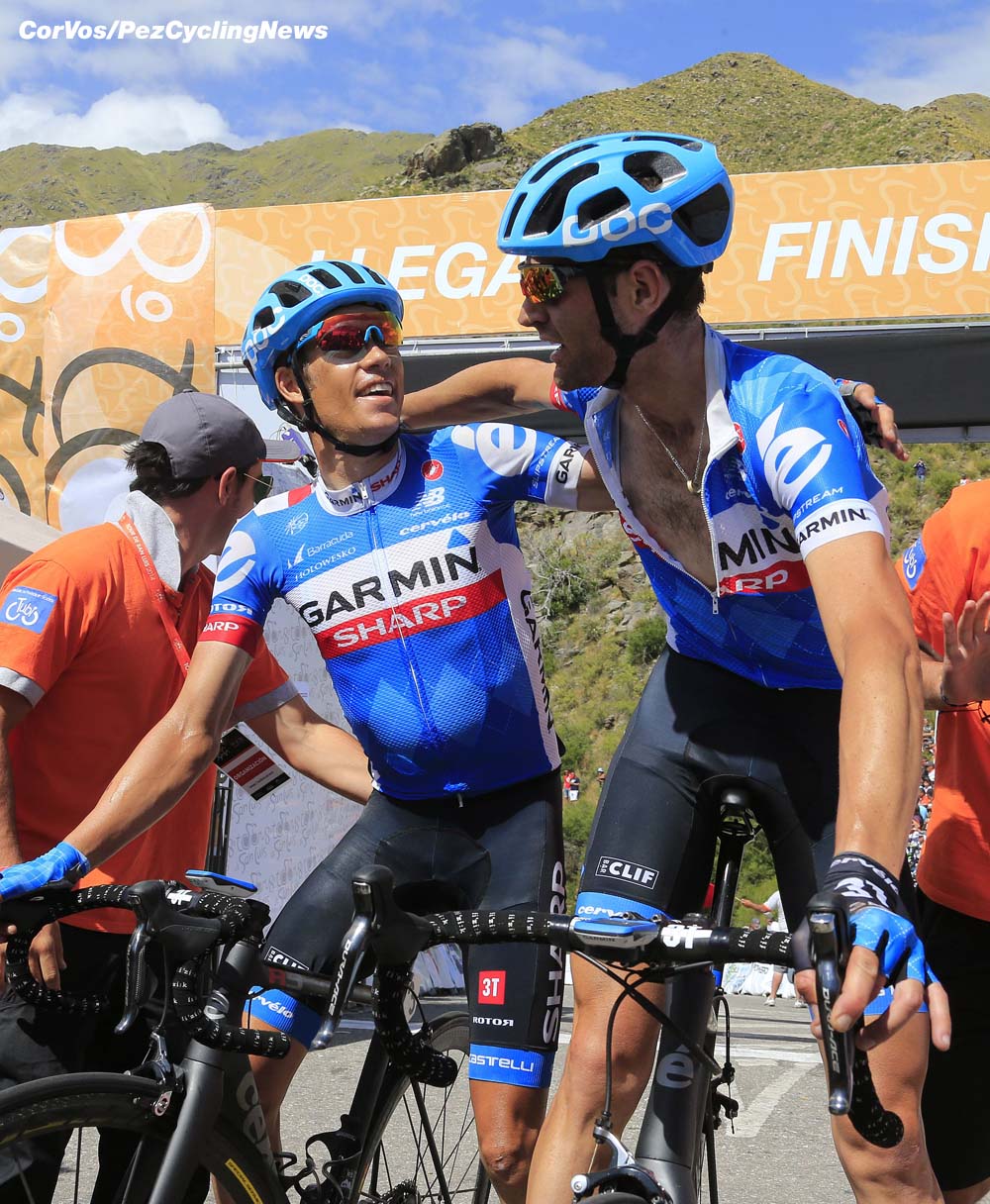 His bikes and reviews of his books have featured on PEZ in the past but we felt a catch up was over-due:

PEZ: How has recovery from your crash gone, Phil?
Phil Gaimon: My focus since I retired from the pros is a YouTube series called “Worst Retirement Ever,” where I train for whatever I want but it’s mostly around climbing. In 2019 I did an individual pursuit test and set a fast time on my first try, so immediately committed to track racing, targeting Tokyo Olympics Team Pursuit. It’s ironic or something that the worst crash of my career happened during my “Worst Retirement Ever,” and literally in the first real race I’d done in years I left with 10 broken bones and a collapsed lung. It was a long few months of physical therapy and getting back into riding, but I had the goal of my own Cookie Fondo that fall and was able to ride it and enjoy myself. 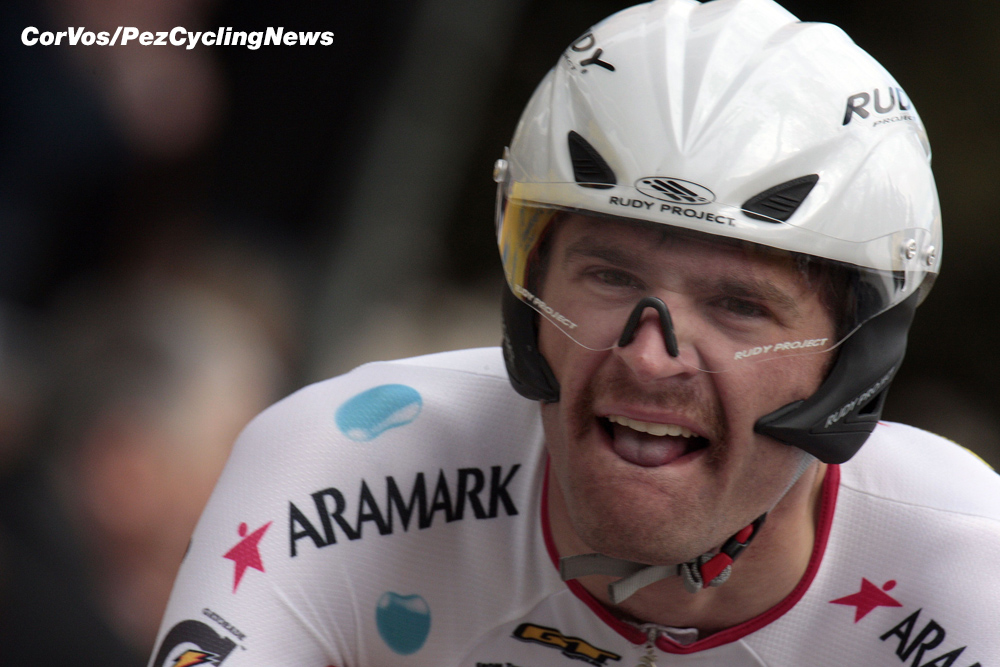 PEZ: Climber to team pursuit rider – not normal bed fellows, tell us about the thought process involved there
It was a surprise to me for sure and very little thought process. I was into track racing before I went pro on the road and honestly always thought the racing itself was more fun, but that was back in 2008. I took an offer to ride for Jelly Belly and didn’t think about track for years. When I stopped racing road and started making YouTube videos, my 5-minute power was still really good, so in spring ’19 the US National Team reached out and asked if I’d be interested in team pursuit. I went to the Velodrome in LA, borrowed a bike, had a bad standing start and horrible lines but still did a time that would have had me on the podium at US Nationals.

PEZ: How were you doing in your training for the discipline before the accident?
I’d put on a few pounds of muscle and improved my power, but really what I needed was practice and technique.  I crashed before I had a chance to even test that. 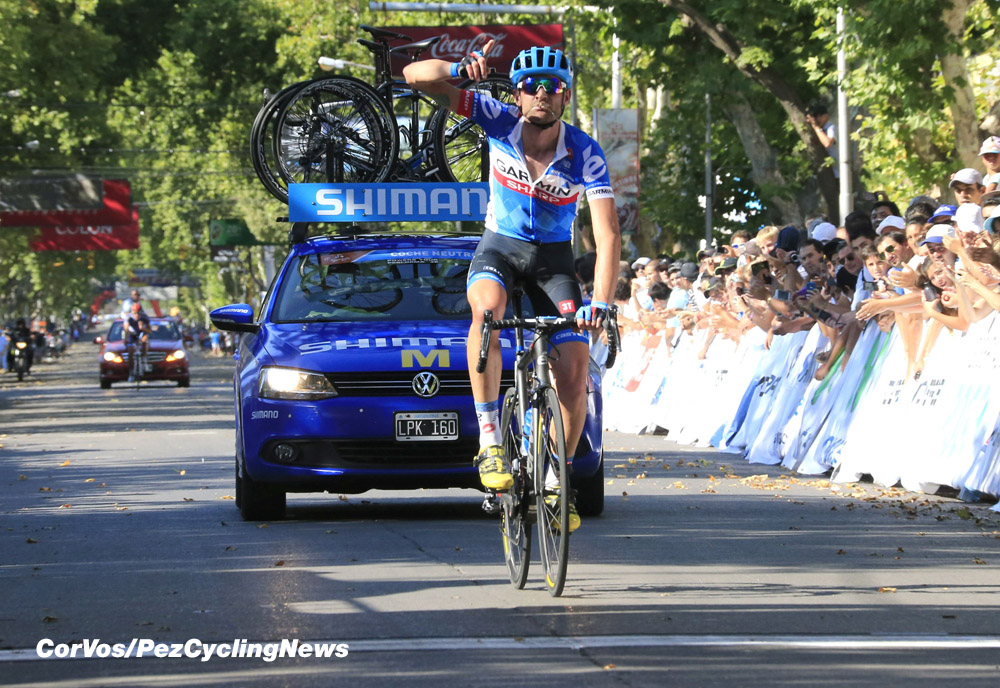 PEZ: What pays the bills these days?
It was a big revelation that I could provide sponsor value through content when I stopped racing. I started playing around on Strava and documenting it on YouTube, and brands that I’d worked with as a pro reach out to put their logo on it. I think a lot of cycling fans (Americans in particular) aren’t as interested in European racing as we’d thought. I work with sponsors now the same way that a team would–exclusive agreements to integrate their messages into what I’m doing, except I follow whatever’s interesting to me and the audience. Season 2019 was track, 2020 was Everesting and this year I think it’ll be back to hill climbs. 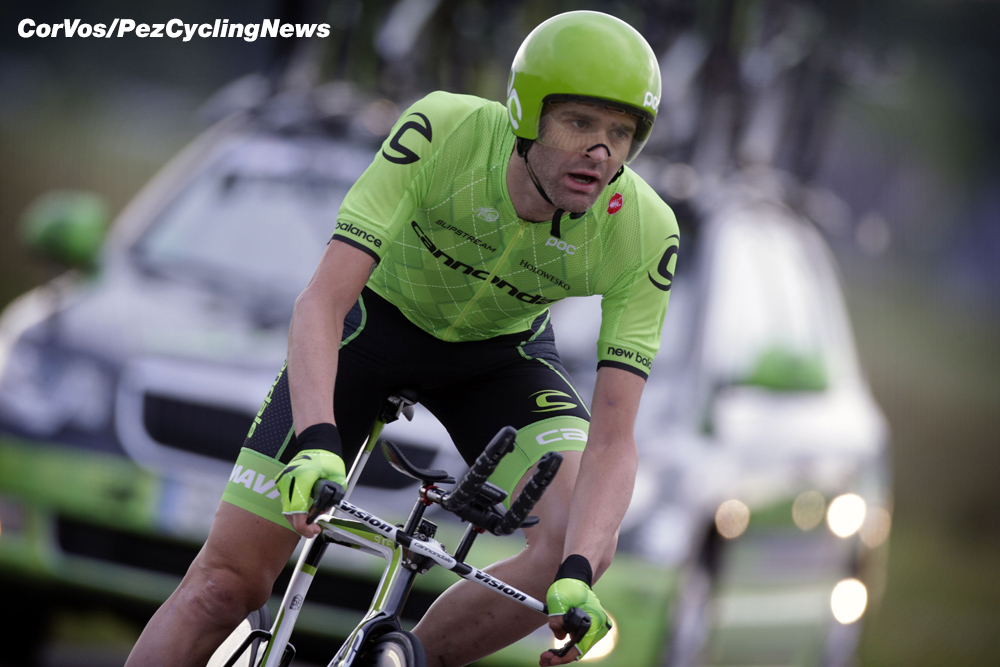 PEZ: Remind us about your books – are they all still in print and which has been most successful for you?
My first book was ‘Pro Cycling on $10 a Day,’ which was the story of getting into bikes as a fat kid in high school, ending with a World Tour contract at 27 where my dreams came true. ‘Draft Animals’ was the sequel, where I learned the reality of my dreams, with all of the politics stacked against me and the shadow of the whole doping generation, so I was forced to make peace with my career, learning to enjoy what I had instead of climbing a ladder with no top. The third book was ‘Ask a Pro,’ which is a collection of a humor column I wrote for Velonews Magazine. All three books did pretty well, but Draft Animals is my favorite and the most successful. The ‘$10 a Day’ title is more fun and maybe more relatable, but as a writer I knew what I was doing with ‘Draft Animals’ and I’m really proud of how it came out. Writing it helped me process my career and retirement in a way that I hadn’t expected, and I worked with Penguin Publishing for that one so there was a little more marketing and PR behind it. 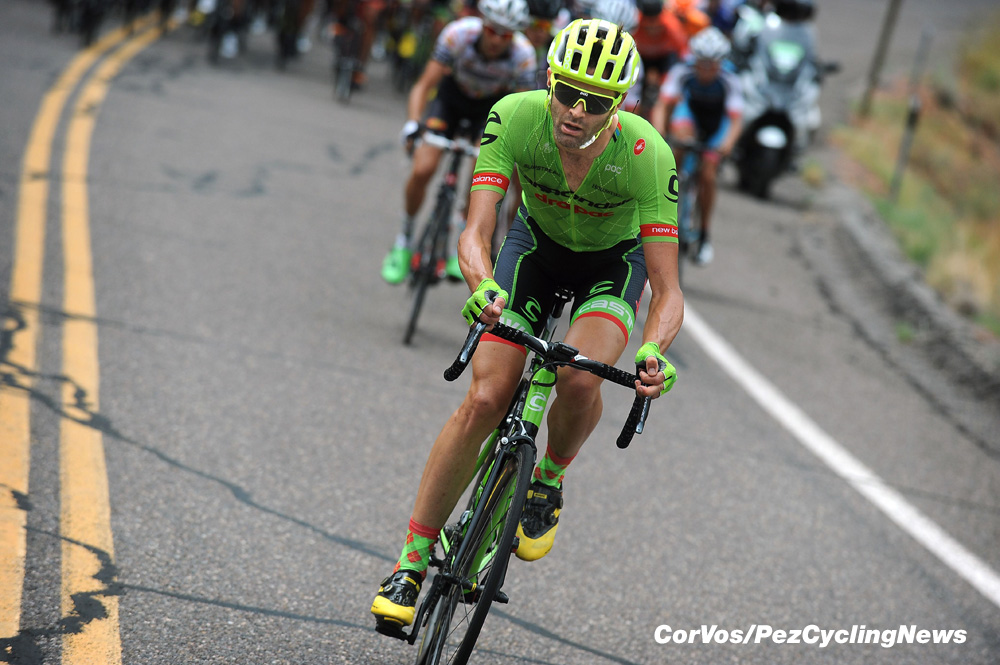 The Larry H.Miller Tour of Utah 2016 stage 2 from Escalante to Torrey

PEZ: Are there any more books in the pipeline?
With both ‘$10 a Day’ and ‘Draft Animals,’ I spent a lot of all-nighters, put thought into every word, and really felt drained emotionally when they were done, but satisfied that I’d never have anything to say again. With YouTube I get to flex the storytelling muscle and share experiences in a similar way, but it’s faster and easier, without the gatekeepers and middlemen of book publishing so it’s much easier to make a living. I have a document where I’ve been making notes so I’ve another book in me in a couple years when I feel like I have a beginning, middle, and end. I think I’m living in the middle portion now and waiting for an ending to happen. 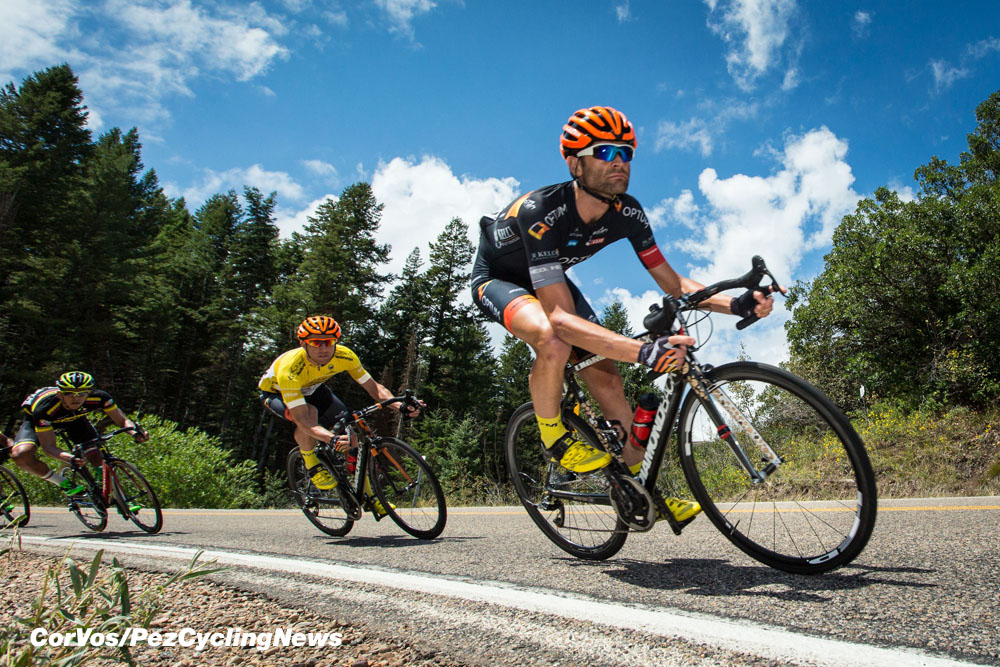 PEZ: Tell us about all those Stravas; and why you’ve gone for the ones you have?
I’ve found that Strava is a great social media environment and a really fun place to express myself. Folks are fun there! It started where I was taking KOMs from dopers and then evolved into people voting on where I would go. Every town has a hill they test themselves on, and I got to set a pro-level benchmark. Often I would post about where and when I was planning to start, and groups of up to 200 would join me. It was just a fun excuse to meet folks and create content. 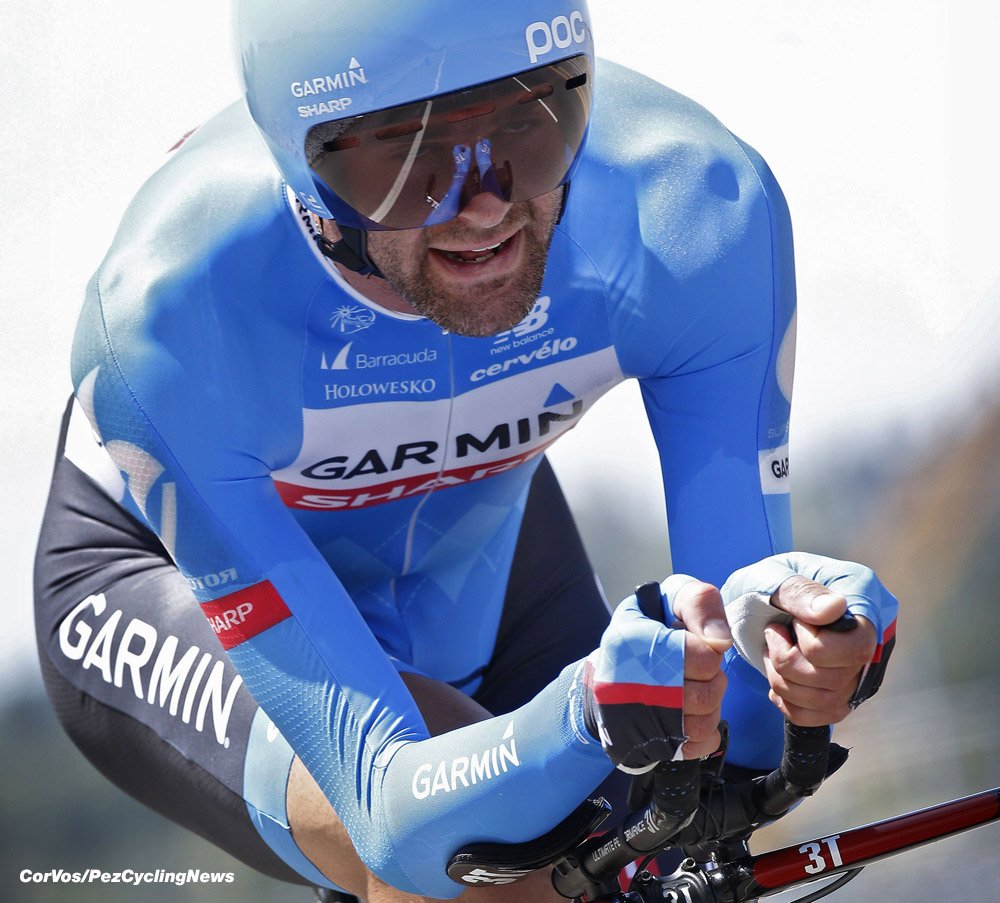 PEZ: Any you are particularly proud of?
I really don’t care about the KoM’s as a prize. Racing bikes is the real thing and Strava is fun. I think about Mauna Kea a lot, it’s a dormant volcano on Hawaii. It’s the biggest climb in the world that you can ride, and I did it just under six hours, but I was on Instagram live for a lot of it, stopped a few times to eat and use the bathroom, etc. It was my last day as a professional (New Year’s Eve 2016), so just a really emotional day, but also a window into all of the cool ways to push myself on a bike without pinning on a number, which gave me the idea to start the whole “Worst Retirement Ever” project. As the racing scene has mostly died in the US, the thing I’m most proud of is showing folks another way to be an athlete outside of competition. I’ve shared my sponsorship proposals with other folks going the “privateer” route, and it’s something that brands now see value in where they hadn’t a few years ago.

PEZ: You’re a man with strident views on doping – is the problem much reduced now or just driven deeper underground?
I’m proud to say I have no idea what they’re up to in racing. I have lots of friends in the pack still who I trust are clean, but I’m sure there’ll always be cheating and I’m happy to be in a place where it can’t hurt me anymore and I don’t have to comment on it. 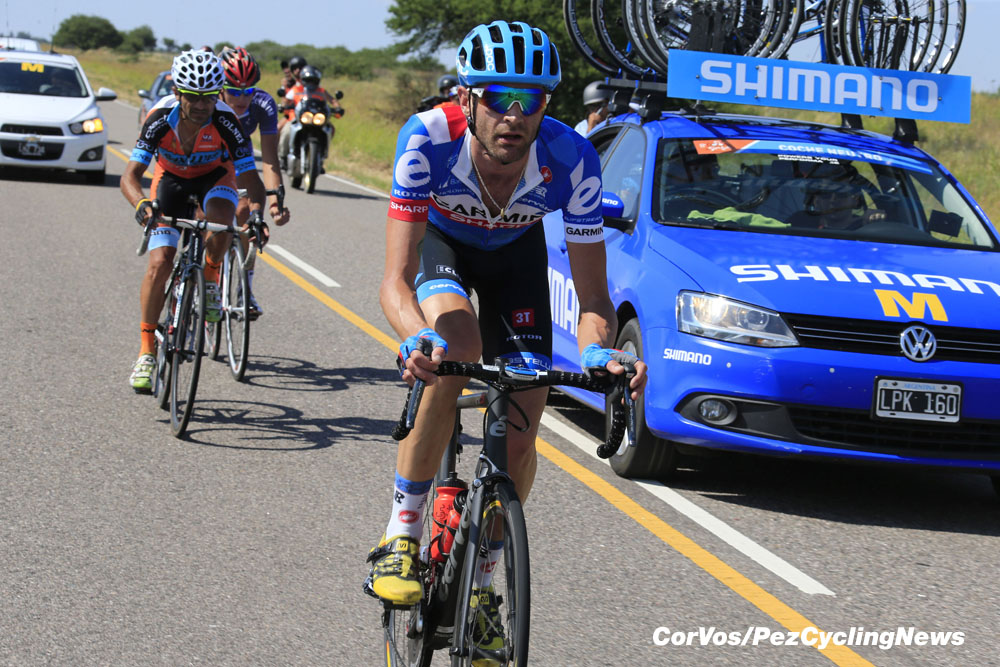 PEZ: I have to ask: disc brakes, panacea or plague?
I was on Cannondale’s first disc brake prototype bike in 2016 and I remember the drama then about people being afraid it would slice them up or something ridiculous. I have both a rim brake bike and a disc and I ride in LA where it never rains, but when a car pulls out in front of me, I come to a stop a few feet shorter on discs so it’s undoubtedly saved me some skin over the years. I can see a point for highly-skilled pros who prioritize marginal gram savings and ride on closed courses. Actual pro racing is probably place that disc brakes aren’t needed, but for some reason a lot of brands still haven’t figure out a way to market their product other than; ‘let’s get a photo of Peter Sagan on it.’ For people like me who ride in the real world and actual consumers, I can’t believe anyone is still arguing in favor of an obviously inferior product for almost any application. 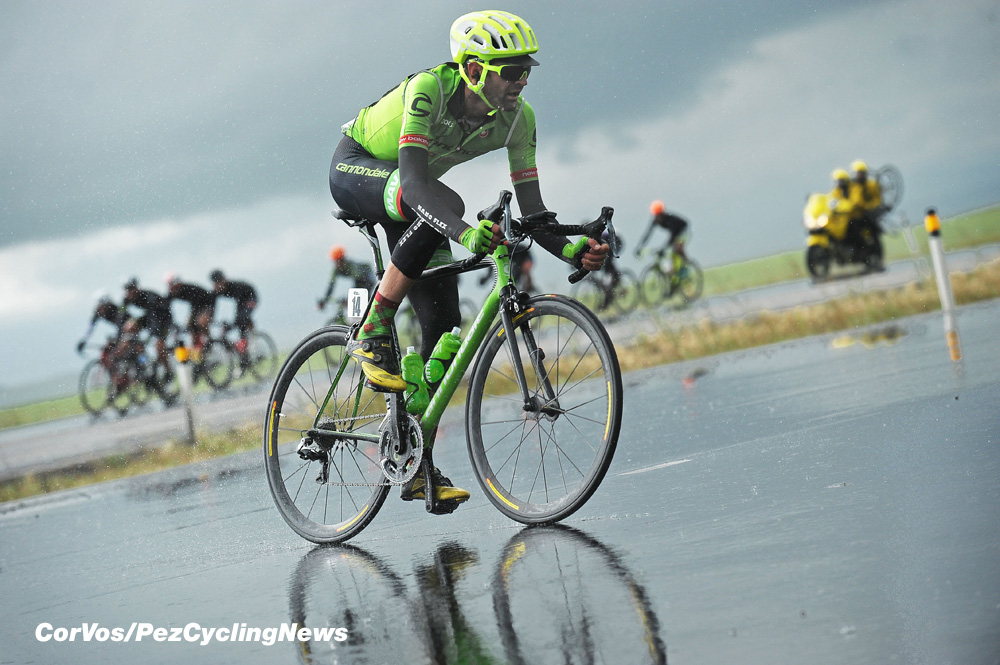 PEZ: What gets Phil Gaimon up in the morning and what has he still to achieve?
Telling stories, showing folks how great it is to live on two wheels. Lots of Americans got into cycling during COVID and I want to give them ideas for how and where to ride, show them what’s possible, and help other cyclists welcome them. I’ve started working with a new YouTube channel called Preem TV which is helping this mission with content from all kinds of cyclists around the world. 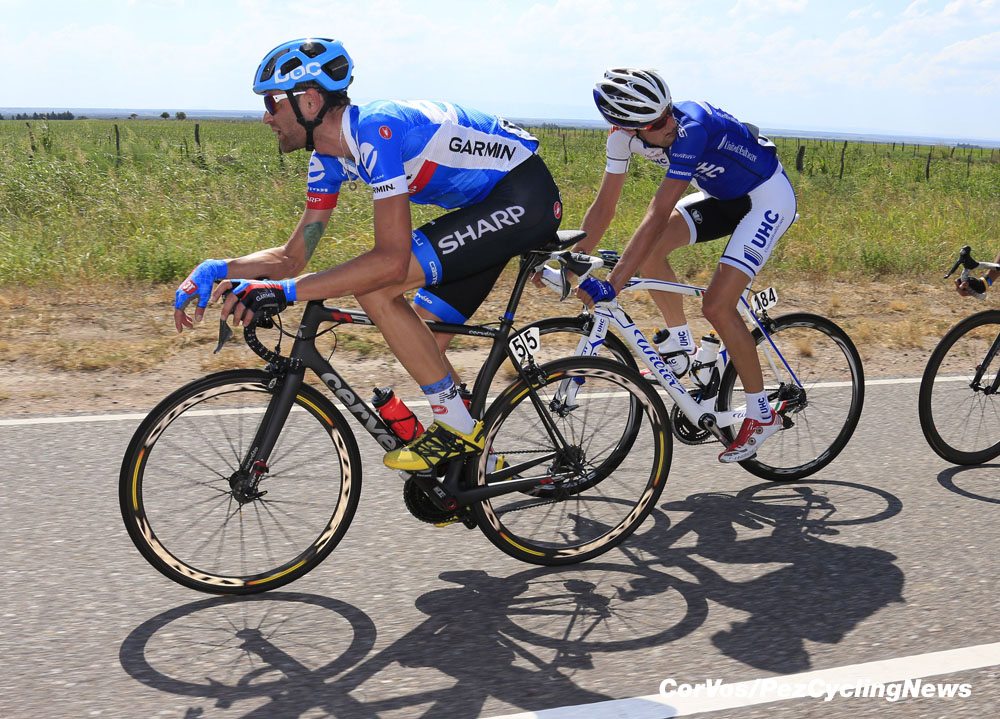 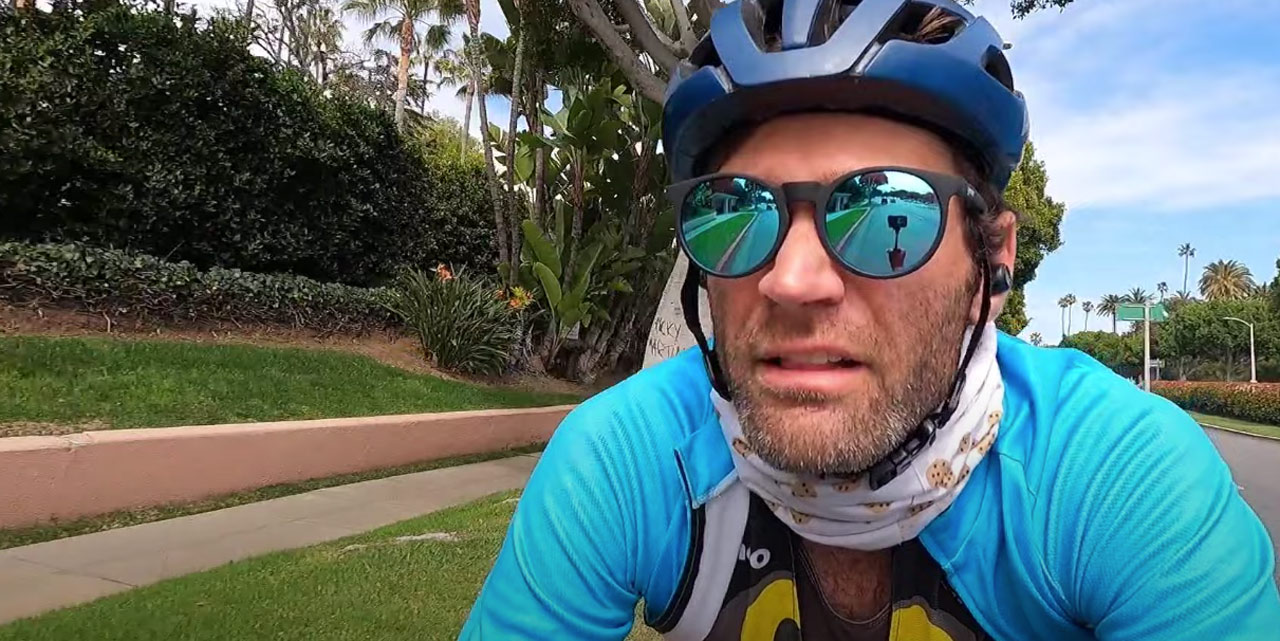