“The luck of the Irish,” whilst many riders have struggled to find a contract for 2009 in an economic climate plunged into instability by the state of the world’s stock markets and the seemingly endless doping scandals, Philip Deignan from County Donegal will be flinging his leg over a nice shiny carbon beauty next season, as a member of the Cervelo TestTeam.

PEZ: Was it your agent who got you the contract?
Philip: Yeah, it was Andrew McQuaid who put the deal together.

PEZ: Four years at AG2R.
Philip: Definitely a very good experience; year one I rode well but I don’t think that I made the progress that me or the team expected over the next three seasons, but that was due to circumstances – illness and injury. 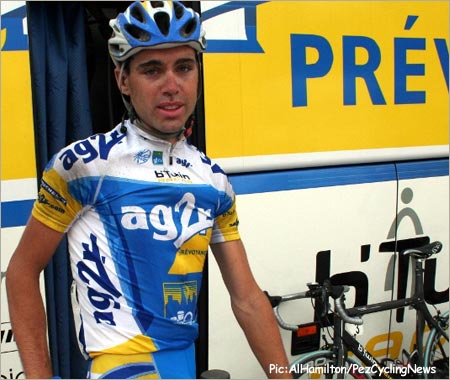 PEZ: What are you looking forward to most about riding for Cervelo?
Philip: It’ll be nice to speak English as the team’s main language, for one thing.

I’m also looking forward to riding the bikes, the BH bikes we had at AG2R were good, but I think that the Cervelos are probably the best in the world.

And of course, to be riding in the service of Thor Hushovd and Carlos Sastre is pretty special.

PEZ: Highlight of 2008?
Philip: Riding the Olympics and finishing the Giro – I rode the Vuelta last season, but you can’t compare the two races.

I got sick during the Giro, so that it made it all the harder and satisfying to get to the finish. 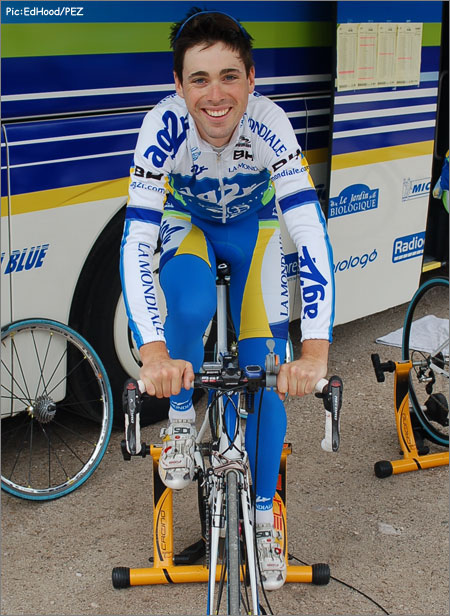 PEZ: And the low point?
Philip: The Giro was my low point too, I was hoping for a lot from the race, than I got sick.

Not having a win was disappointing; I had consistent form all year, but never ‘super’ legs.

PEZ: Do you know your role yet?
Philip: Not specifically yet, but I’ll be working for Thor Hushovd and Carlos Sastre – hilly and mountainous stage races are my speciality and I’m looking forward to doing a job for Carlos in those.

PEZ: First camp?
Philip: We get together on December 1st for four days, but it’s more for everyone to get know each other than anything else.

PEZ: Winter break?
Philip: Yes, I need a break in the winter; I’ll have three or four weeks of golf and cross country running, stay active then start at the end of November or early December.

PEZ: And you’re looking forward to a shiny new Cervelo?
Philip: Yes, definitely, it’ll be interesting to have input, to have a say in how the products are designed.

I have to send my measurements away for my new frames in the next week.

The BH’s were good, but I had a problem with getting the right size, I was just too small for a large and too tall for a medium, which is what I rode; I’m really looking forward to having a bike that fits me properly.

I’m looking forward to riding on Zipp wheels, too.

PEZ: 2009 programme?
Philip: I’m not sure, obviously everyone will want to ride the Tour, but you have to be up to a standard to be on the squad for the Tour.

It’ll be up to me to prove myself in a race like the Dauphine or Romandie before that’s settled. 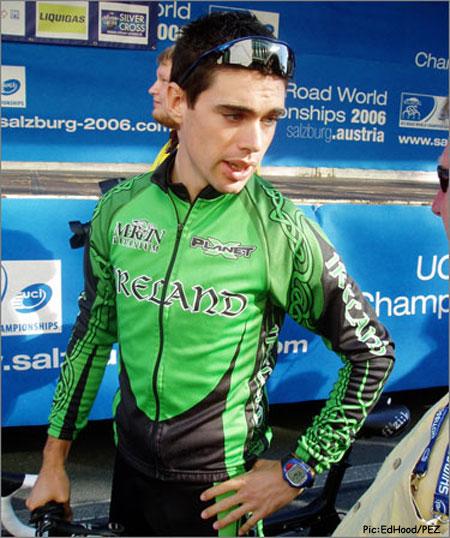 PEZ: Any training pointers from DS Scott Sunderland yet?
Philip: Some riders have started for next season already but it depends on your objectives – those riders will be targeting the Spring Classics.

Scott Sunderland has emailed me but not on the specifics of training, I guess he’s flat out getting things organised just now, we’ll be talking about training at the first get together.

[Since we conducted this interview, PEZ has learned that Scott Sunderland will not be DS at Cervelo TestTeam, due to; ‘not seeing things the same way.’ German ex-pro of seven seasons (one season with Collstrop and six with Nurnberger) and three time German elite hill climb champion, 42 year-old Jens Zemke takes the role]

PEZ: Will you be staying in France?
Philip: No, I’m moving to Girona in Spain for next season, but I’m going back to Ireland first.

When I turned pro, there were quite a few Irish guys living in the Marseille area, so it made sense to stay there, but most have moved away. If you’re on a French squad it’s expected of you to live in France, but I was down in Girona last week to check it out.

Dan Martin of Garmin is living down there, it’s a nice place and the roads are good. 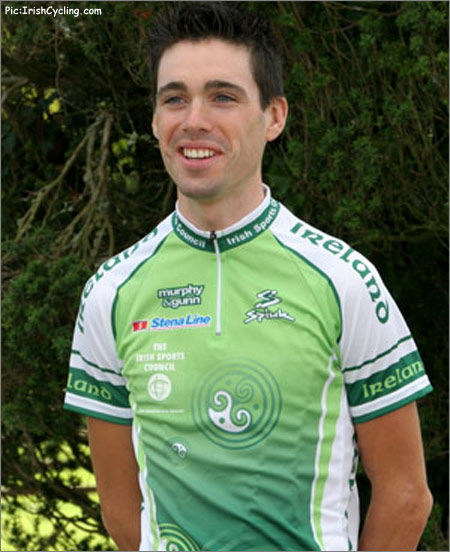 PEZ: Wages – is it like Belgium, where you only get paid the months you race?
Philip: No, it’s not like that on Pro Tour, the UCI has that pretty well sorted out these days. I’ll get paid by AG2R until the end of December and then Cervelo will start to pay me from January. I know that some of the Belgian teams only pay March to October, but in France it’s much more by the book.

We wish Philip all the best with his new squad and new home – but would advise against his getting involved in any beer drinking competitions with new team mate, Dan Lloyd!