Reggie Miller Gets PEZ’d: 3 Questions About Ride With Reggie On Zwift

Reggie Miller is ready to ride into history – quite possibly leading a record setting ride for the biggest Zwift ride ever – during this Saturday’s Ride With Reggie. I asked the NBA Star, sports commentator and avid cyclist 3 questions about this weekend’s Ride With Reggie fundraiser and world record attempt.

Watch my interview with Reggie here:

Pez:  Reggie – What motivated you to support this cause?

Reggie: I’ve spent the majority of my life in and around – and dedicated to – the sport of basketball. It will always be a part of who I am, but since I retired from the NBA as a player, I’ve discovered cycling. And not just discovered, but really taken to it. I now ride as much as I can, train and race regularly, and have found a really great community within the sport. But cycling has a big opportunity to increase its diversity, and I believe that we as a community need to do everything we can to encourage others to join, to welcome and have conversations with those who may not have previously considered cycling as an activity, an outlet, or a lifelong sport. I simply want to make this sport I now love more welcoming and inclusive to others, and I believe this effort is a step in the right direction.

Pez: What change do you hope to inspire?

Reggie: Honestly, when we first began talking about the idea, I thought there’s no way we’re going to get enough folks who want to join a virtual ride just to ride with me. But then I realized it was much bigger than that, and that the ride was representative of a community that wants – and is welcoming – more inclusion. We’ve all heard different folks from within the cycling industry say ‘we need more diversity’, and they’re absolutely right, but we need to enact this change. This ride represents the opportunity for us to come together and say ‘yes, we do want more diversity in cycling’ and offers us the opportunity to join an event, a movement, and to do something about it.

Every person I’ve reached out to, without exception, when asking for their support and to join me in the ride, for them to help us spread the word, for them to recognize and contribute to this initiative, has responded with a resounding ‘yes, absolutely, I’m in!’

The fact that it is tied to a tangible cause, something that everyone not only visualize but can understand the importance of, makes it even more powerful. The creation of cycling programs at Historically Black Colleges and Universities is a perfect cause and recipient of the funds we raise. What better way to increase diversity in our sport than welcoming a new generation of cyclists into our sport? 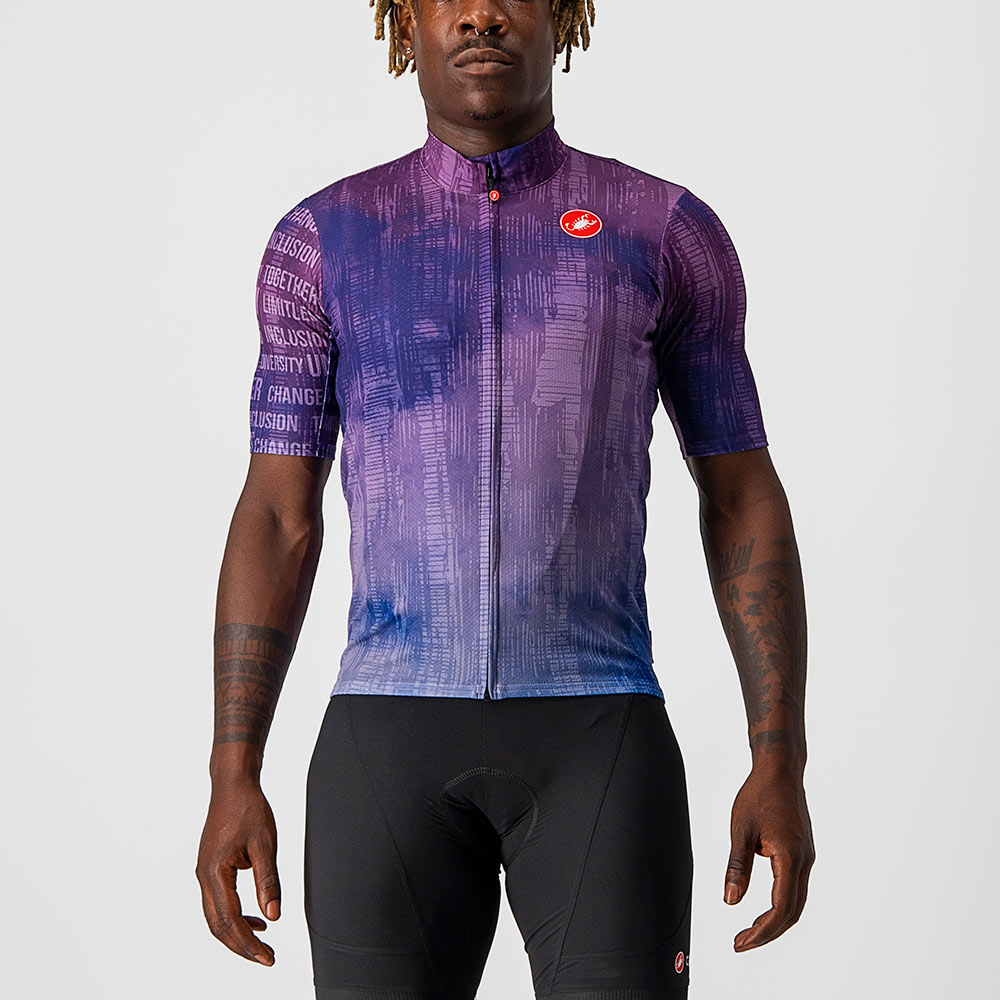 How often are you Zwifting – and can other Zwifters see when you are riding & and join you?

Reggie:  I live in California, where the weather is beautiful and perfect for riding outdoors the majority of the year. I have trails and gravel roads close to home and which are easily accessible, so I am fortunate enough to be able to ride outdoors a lot. That said, I’m a big fan of Zwift, and like that it offers alternatives on rainy days, or when I might be short on time and want to get in a quick spin. Plus, it’s a lot of fun.

I do have a profile (Reginald Miller) and folks can see me when I ride. And for the Nov 6 Ride With Reggie event, I’ll be there wearing the jersey that Castelli created specifically for the event (which you can wear in game and also buy in real life, with all the proceeds going to the cause).  I’ll also be wearing a Kask helmet, Fizik shoes, and riding a Moots bike with ENVE wheels, which everyone can ride during the event, and if you finish the ride, you unlock and get to keep the jersey and shoes in your virtual wardrobe.

It’s been a great project, and it’s for a great cause, so please join us on the ride this Saturday! https://www.zwift.com/eu/events/view/2374952

RIDE & EVENT DETAILS
Reggie Miller (ex-NBA all-star, hall of fame athlete, and current NBA broadcaster who happens to be a HUGE cycling fanatic) will lead the ride, and be joined by an all-star cast of athletes and teams, to raise awareness and funding for diversity in cycling and attempt to set a World Record for most riders on the Zwift platform on a single ride. 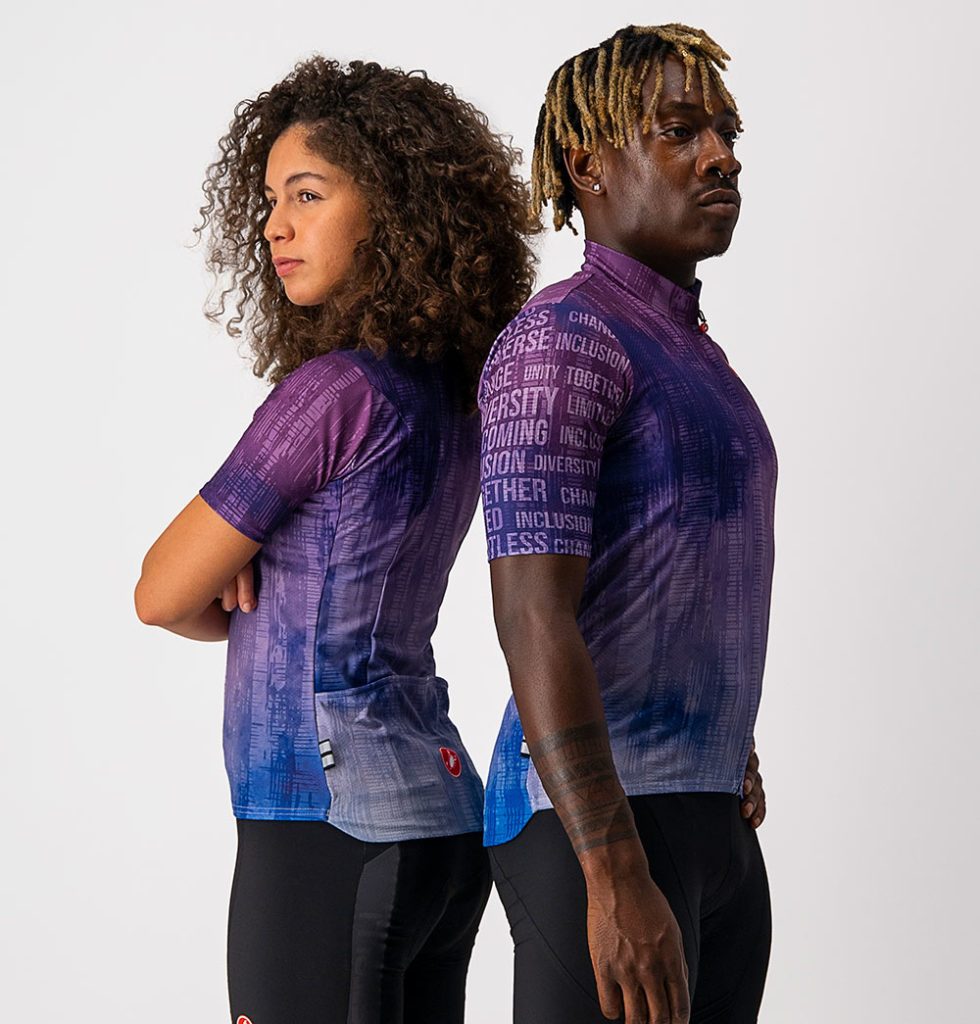 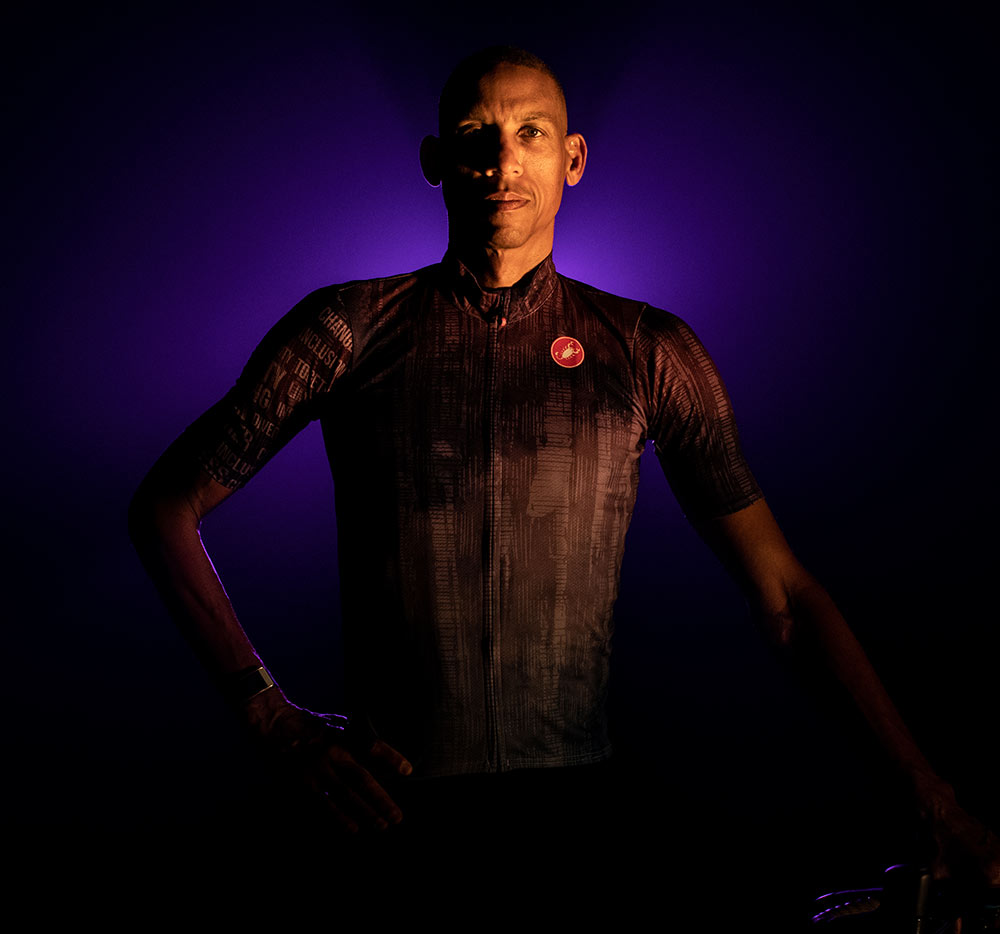 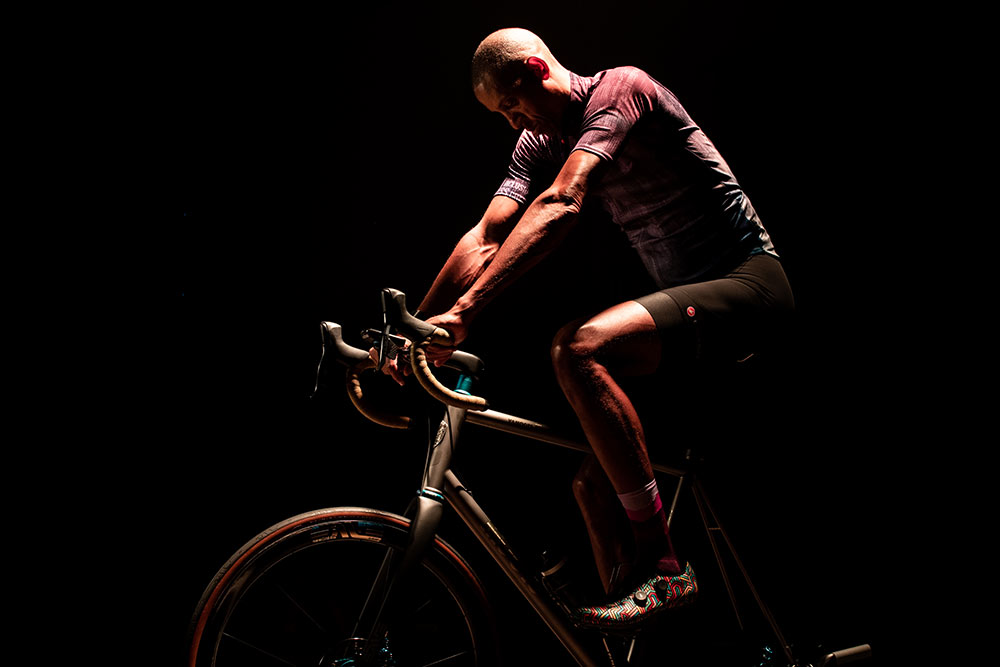