Retro Interview: US cycling in the ’80s was a hot bed of top riders at a time when there were few International races and American cyclists in Europe were a rare beast. That all changed when Greg Lemond hit the road, but there were a plethora of talent and Ed Hood has unearthed yet another of those top men… Tom Prehn. 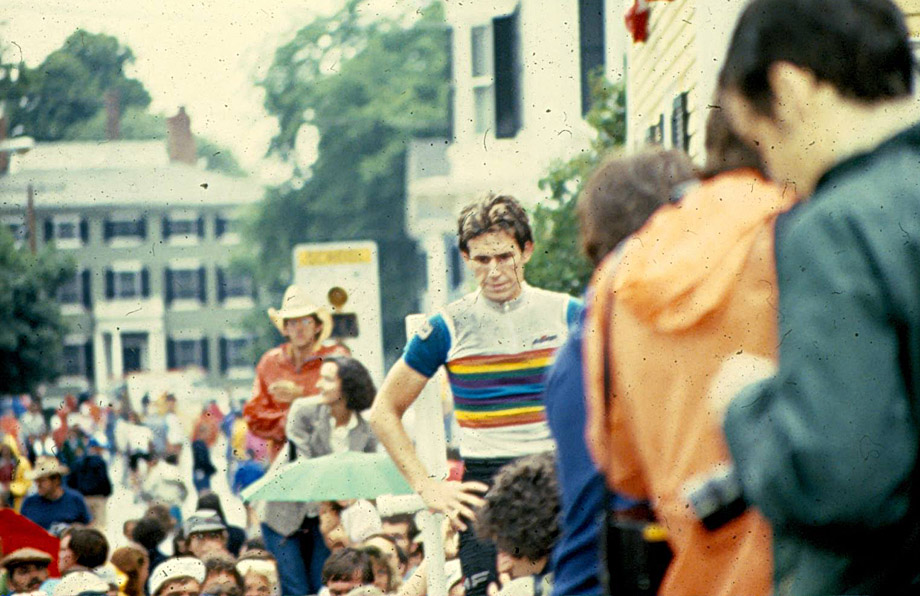 Continuing with our series of 80’s ‘cult’ riders we continue with Tom Prehn, a man who took on and beat the mighty 7-eleven team to win the US Professional Championships. Here’s his story. . .

PEZ: How did you get into cycling, Tom?
Tom Prehn: I was a serious swimmer in high school and looking to be ‘All American.’ I used to ride the bike to swim training. There was a novice race in Norfolk, Virginia, I entered and instantly fell in love with it; there was an immediate connection – there were so many tactics when you went through those corners. ‘Man!’ I thought, ‘this is fantastic.’ But it was another two years before I took out a licence – much to my father’s dismay. I graduated in 1976 and represented the USA in Costa Rica that year. 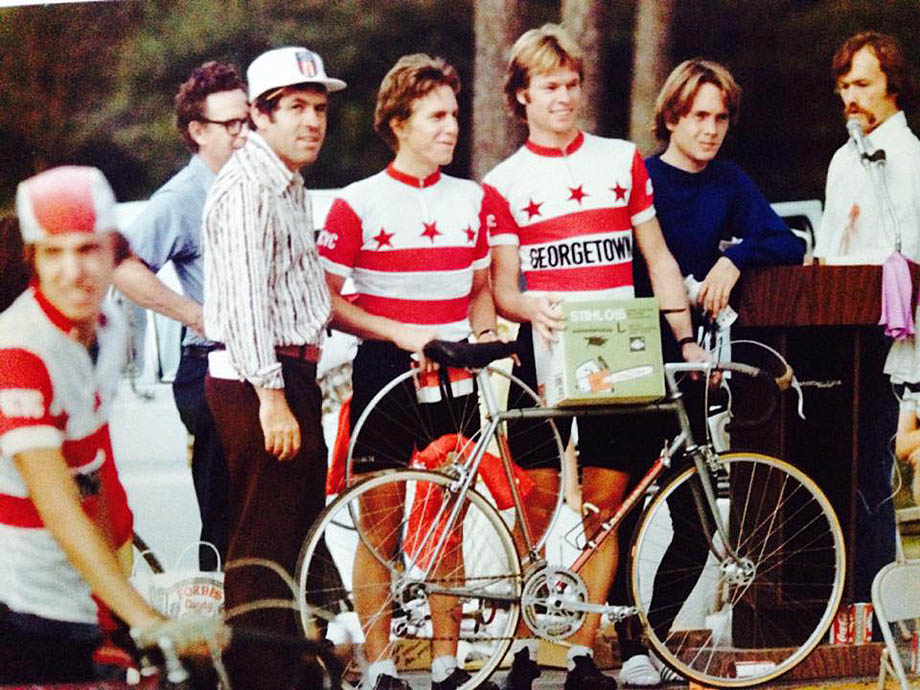 PEZ: Second in the 1978 US Amateur Road Race?
That was an interesting one; I wish there had been a photo finish that day! I was away in the break with Dale Stetina and attacked with one kilometre to go and just missed out – maybe I should have gone 100 metres later? I was never the fastest but I excelled when it came to race tactics – and I always rode well in the Nationals, every time I rode I was always in the top end of the field.

PEZ: You rode well in the ’83 Giro delle Regioni.
The trouble when you look back is that the races rather blend into one – but I do remember in ’78 that I rode with the first US National team to compete in Europe. Before that there had been individual guys like Mike Neel who’d ridden there but we were the first team to compete in Europe. That year I had the U21 jersey in the Milk Race in England until three days to go but then I had a rear wheel puncture and lost it. That Milk Race was the end of a historic campaign. 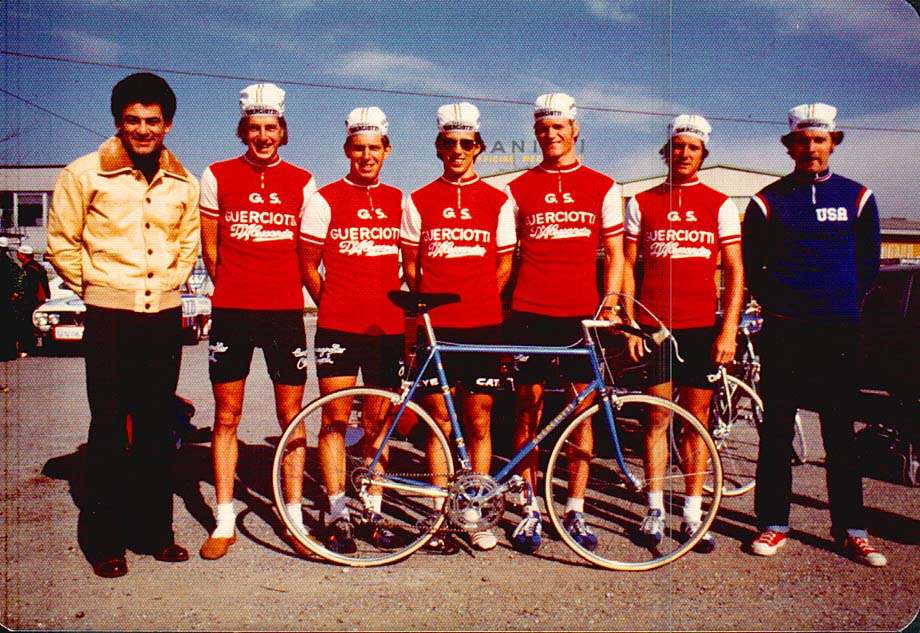 PEZ: Second again in the US amateur Nationals in ’84 to Matt Eaton.
My tactics were bad that day; I should never have allowed Matt to get to the finish with me that day – he was a good sprinter.

PEZ: You went pro in ’85 for Schwinn?
I was just back from a series of races in Japan – it was great to see the country and I enjoyed the racing but I needed fresh motivation. Mike Farrell, our team manager told us that our whole amateur team was turning professional and we all rode that year’s US PRO which ended in a pack sprint. At Schwinn we were well organised but not a powerhouse like the 7-eleven squad with whom we had to do battle. We had to race smart and never assume we had the strength to reel them in – we had to ride like pirates, wait for the right time to make our moves. 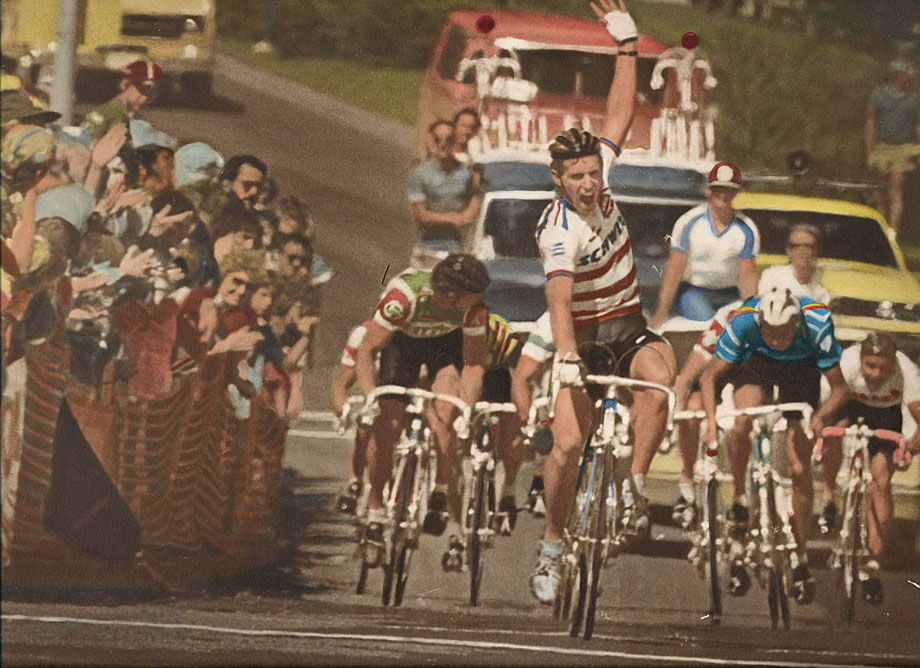 PEZ: And you won the USPRO in ’86.
Yes, but there was a circumstance in play coming into it. I’d ridden a race in Colorado the week before – but only for training, I’d put in a big week of training before it with three hour motor paced rides and the race was just an extension of my training. The 7-eleven team were there – they went hard on the last lap on the big hills and I was dropped. However, like I said, I wasn’t concerned because I was just there for the training and was coming off a big week – but the 7-eleven guys must have figured that my form wasn’t good so didn’t need to worry about me for the USPRO the next weekend. In Phili, on the finish circuit, Jorgen Marcussen one of Danish guys attacked (the USPRO in Philadelphia was ‘open’ with the US national champion’s jersey going to the first US rider to finish, ed.) and Raul Alcala (Mexico) countered for 7-eleven. I thought to myself; ‘I can’t let that go’ – the Danish guys had ridden the year before and were very strong. I came up to Alcala on a big long, sweeping bend and could see that I was going much faster than him, I swooped right past him and bridged up to Marcussen. He and I rode flat out and we got two minutes before 7-eleven realised that Alcala wasn’t with us – but they were maybe still thinking; ‘he got dropped last weekend!’ It was a really hot day, in the mid-90’s, I thrived on that and we both put in big pulls, averaging 30/32 mph on the flats – they just couldn’t catch us even though they were riding really hard in the last five or six K. I won with Marcussen second, Doug Shapiro and Thurlow Rogers finished third and forth to join me on the podium. 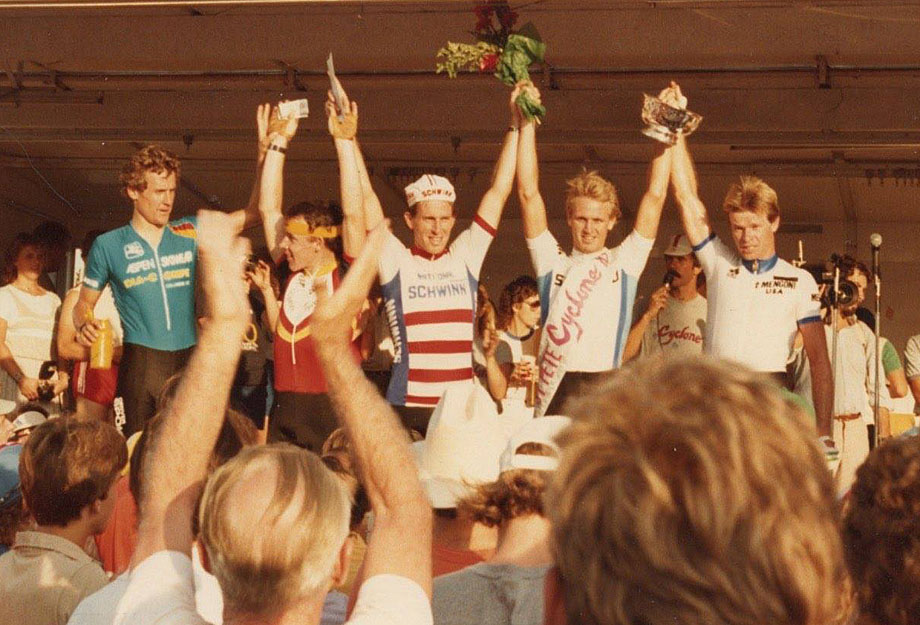 PEZ: You rode all 13 editions of the Red Zinger/Coors Classic.
I rode the first year as a junior, I just happened to be around – I’d been racing at the junior Worlds trials in San Jose and flew back, I saw there was a race at Boulder, got off the plane and took the bus to Boulder. Again, the years tend to blend in to each other. I had some good finishes – and it was memorable to race against Hinault. He was an exceptional man but the early years were tough too against guys like George Mount. Once the race had been going a year or two it just exploded in terms of popularity with the local public and it was getting thousands of spectators – that was an eye opener at a US race. It was a pivotal race in terms of building the sport’s popularity – the guys who promoted it were very dedicated. 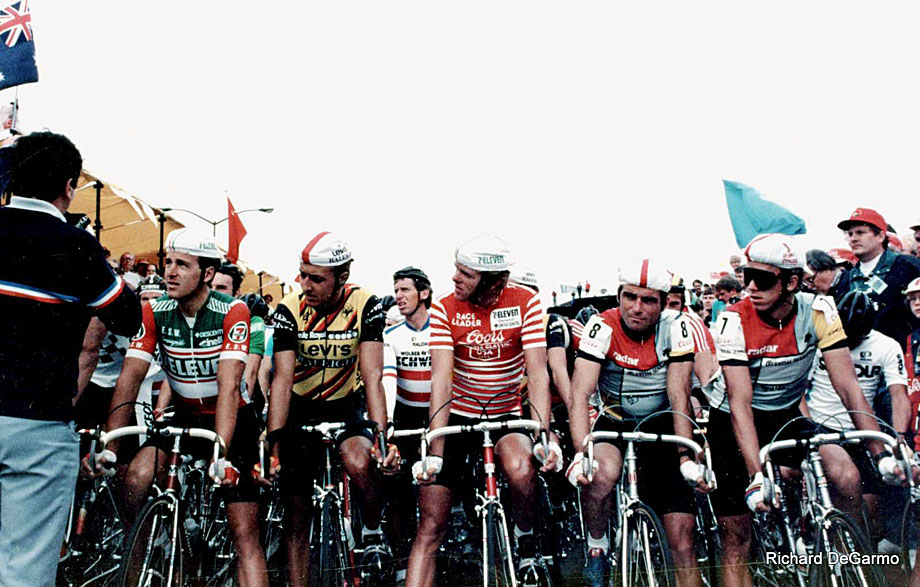 PEZ: You were still winning when you quit.
I retired in ’88 but had a big win in ‘87 – so I was quite surprised that Farrell didn’t renew my contract. But just at that time I was made a proposal to manage a team – however, just as it was getting off the ground it fell apart due to a flakey sponsor. During my race career I’d been doing consultancy work with Nike and they’d asked me to come and work for them but I’d declined because of the team management offer; I went back to them and they took me on.

PEZ: Did you ever consider being a ‘Euro Dog?’
I never really did because I discovered that my physiology just wasn’t suited to cold, damp races.
I flourished on hot, dry days – I remember winning a race in Milwaukee where the temperature was 100 degrees plus – the tar was melting. I remember racing in Brittany in the cold and wet, suffering like a dog then 12 hours later we were up in Sweden to race and ironically, it was hot and sunny – so I was good. The Russians just team time trialled away from everyone there. In the Milk Race the first three days were nice but the fourth day it rained and from going well I was struggling to hold the pack. I wasn’t made for Europe! 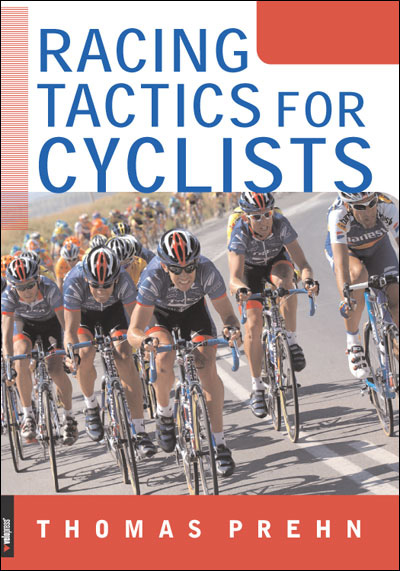 PEZ: You wrote a book; ‘Racing Tactics for Cyclists’ did it sell well?
While I was racing and after winning the USPRO I decided it would be good to share my knowledge and started doing a monthly newsletter – there was no internet back then – I had around 1500 subscribers, I think I charged around $29:00 per month. I had everything in it from funny stories to interviews with riders like Davis Phinney; racing tactics, how to prepare for a race. I published it every month right up until about three/four months after I retired as a rider and started work with Nike. It was Velonews who asked if they could make my pieces up into a book – with the benefit of hindsight it would have been more successful had I written a book about training rather than tactics.
[Get yourself a copy from Amazon.com – Ed.]

PEZ: The US cycling scene has changed hugely since you started, hasn’t it?
When we started it was about passion for the sport, we didn’t actually view it as a career path. We all loved it and would have done it anyway, irrespective of money. I guess Greg Lemond was the first to be really serious about it and treat it as a business putting in place a financial structure around what he was doing. Cyclists back then were always outcasts, there was always something strange about them – it’s different now, people know about the Tour de France. 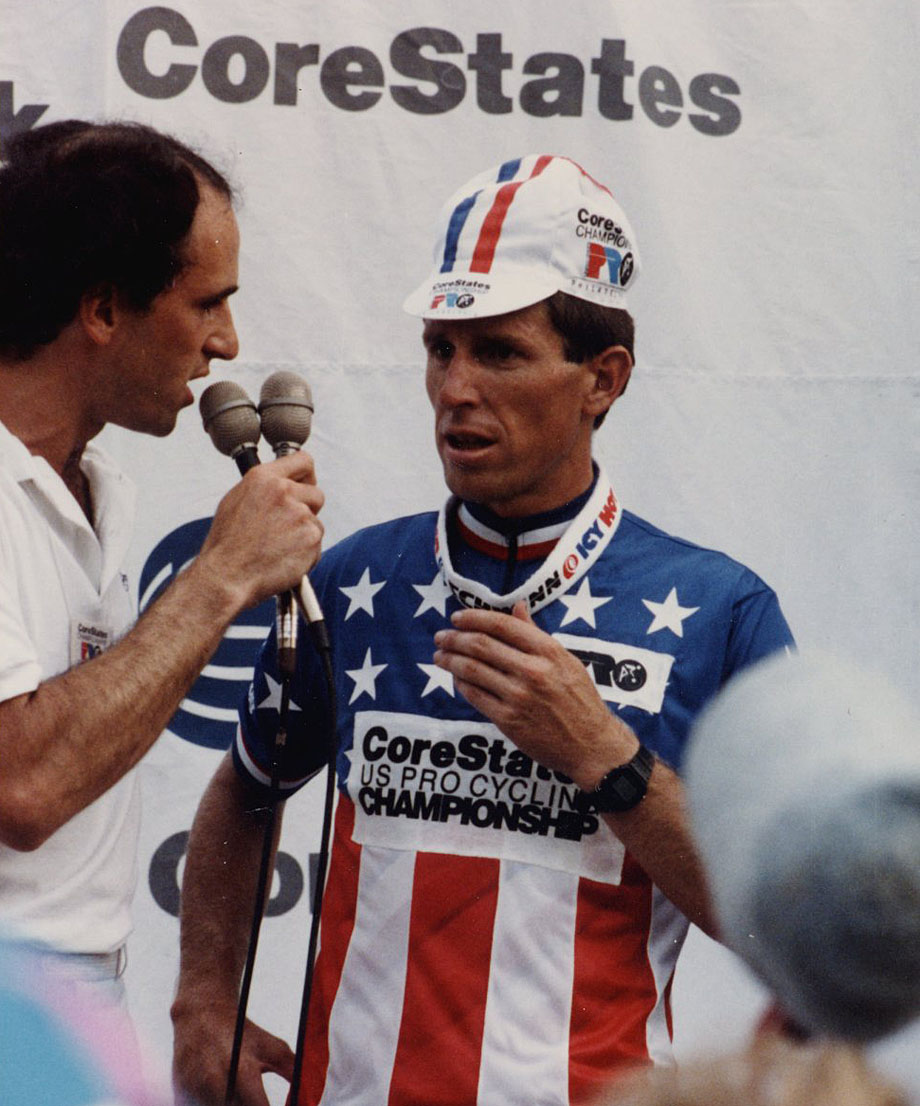 PEZ: Your finest hour?
It had to be the ’86 PRO but there’s another memorable event in my memory. I was in a breakaway in a race in Mexico with Jeff Pierce and we were coming in to this town and he was begging me to let him win, so I set it up for him. Never did I think he’d end up winning the final stage of the Tour de France on the Champs Elysees! But I guess the US PRO is the pinnacle.

PEZ: Anything you’d do differently?
Yes, there are things I’d do differently, was it Oscar Wilde said; ‘Youth is wasted on the young?’ When you’re young and doing it you don’t realise that it’s not an indefinite opportunity – if I had I would have been much more determined on certain aspects, I let a lot of opportunities slip away. But I’m forever grateful about the trajectory of my career, I saw the world, I made money then I moved into the sports business with Nike – when I look back at that opportunity, I should have been paying them for the experience. And I’m happy to have played a small part in getting US cycling to where it is now. . .

# Thanks Tom Prehn for his time and access to his photo collection. Thanks to all the photographers, some of whom are unknown. # 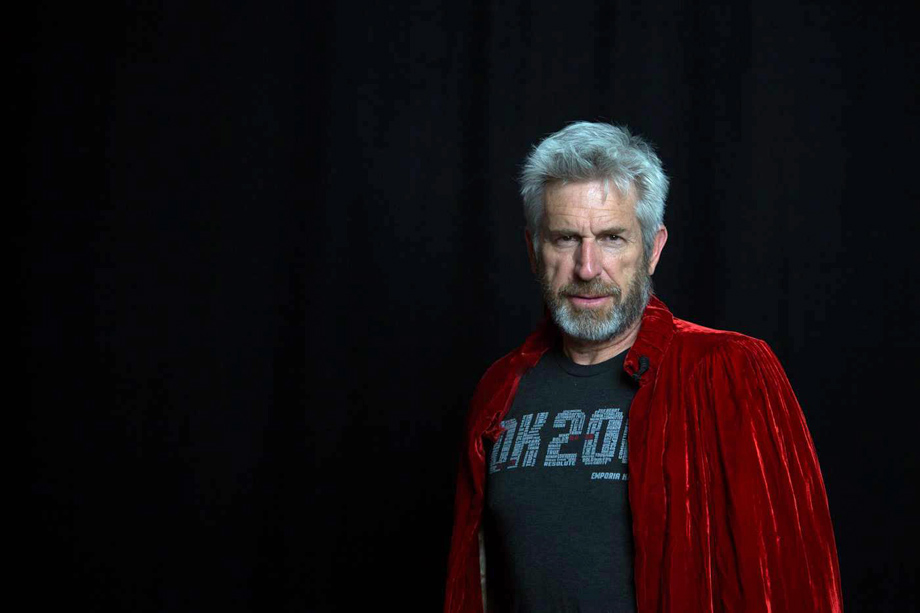