Retro Interview: The SEG Racing Team has brought quite a quite few young riders up through the ranks to sign for WorldTour teams and one of the men responsible for passing on his experience as a rider and DS is Michel Cornelisse. Ed Hood spoke to the Dutchman about his career and his important work with the very successful SEG team. 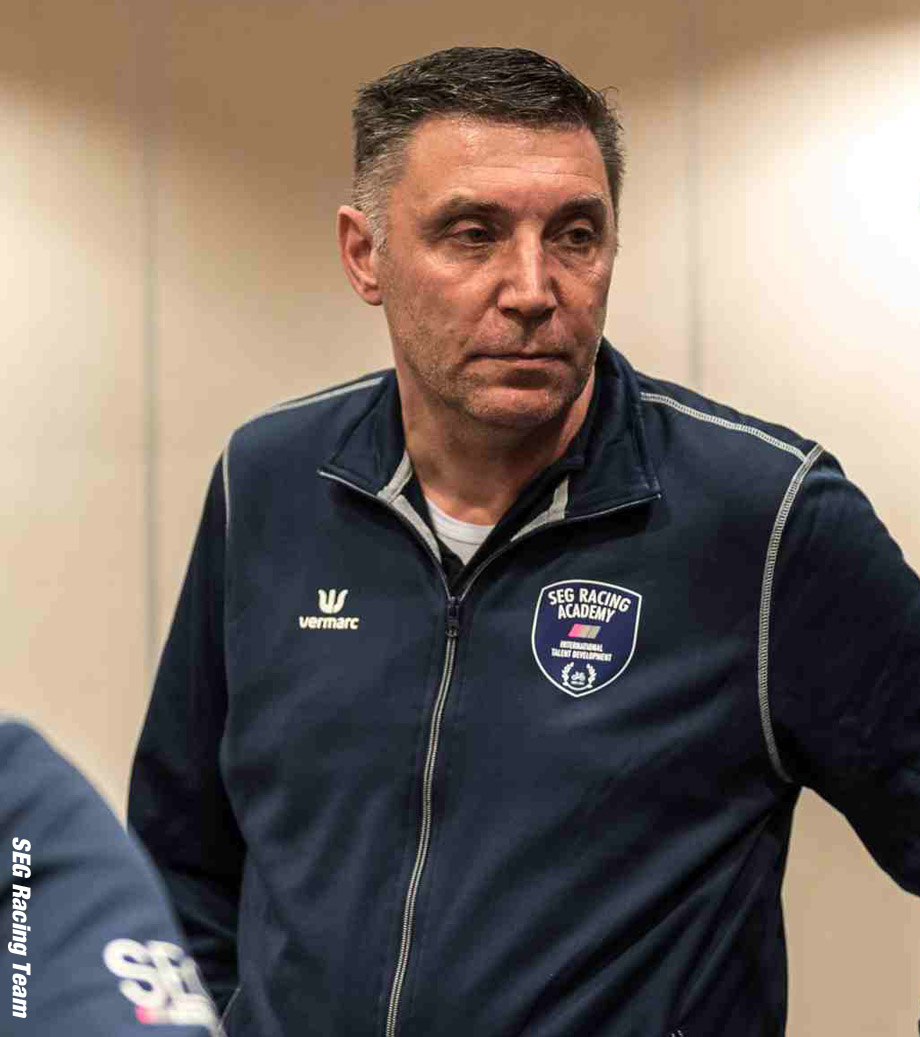 Michel Cornelisse – Passing on his knowledge with SEG Racing Team

The Tour rumbles on but it’s apparent that for some of the ‘old guard’ this may be their last one; Cav and Greipel to name but two – and maybe Chava? But the next generation of Tour riders is on the way up; right now they’re racing in the u23 ranks with teams like Axeon – and SEG Racing Academy.

SEG have placed four riders in top teams already in 2018; PEZ interviewees Steve Williams (Bahrain-Merida) and Cees Bol (Sunweb) – plus Julius van den Berg (Education First-Drapac) and Jan Maas (LottoNL-Jumbo). But who’s the man in the team car behind these young men who are jumping onto the ladder of top rank cycling?

Dutchman, Michel Cornelisse is now 52 years-of-age, with a quarter of those years spent in the professional peloton riding for some of the biggest teams of the era – Superconfex, Panasonic and TVM, as well as tough, small but hard ‘cult’ squads like La William and Spar. 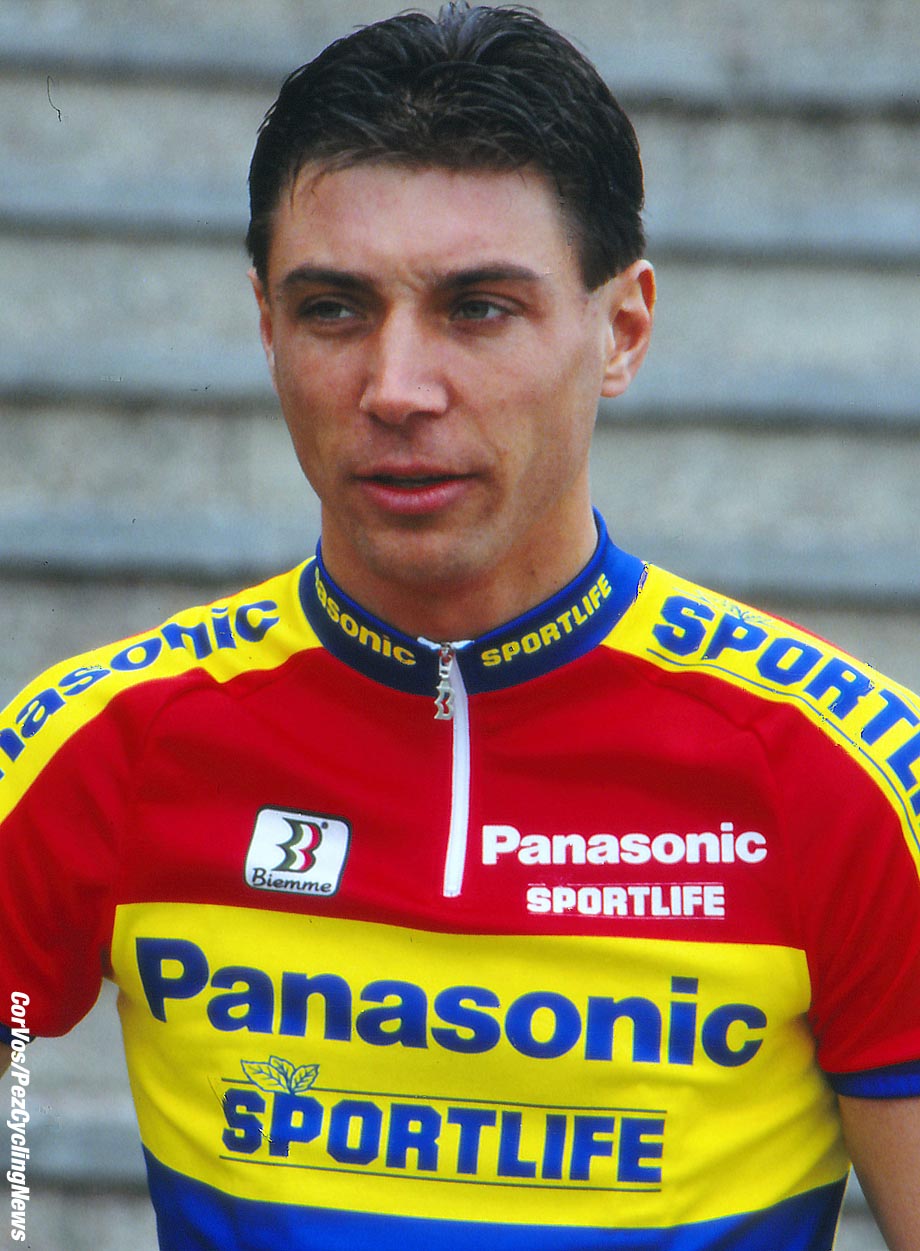 PEZ caught up with him recently to talk about his career and why SEG is so successful.

PEZ: You rode for Jan Raas at the mighty Superconfex team Michel, what was that experience like?
Michel Cornelisse: At that moment Superconfex was the best team in the world so it was a dream to ride for that team, alongside all the great riders who were there. 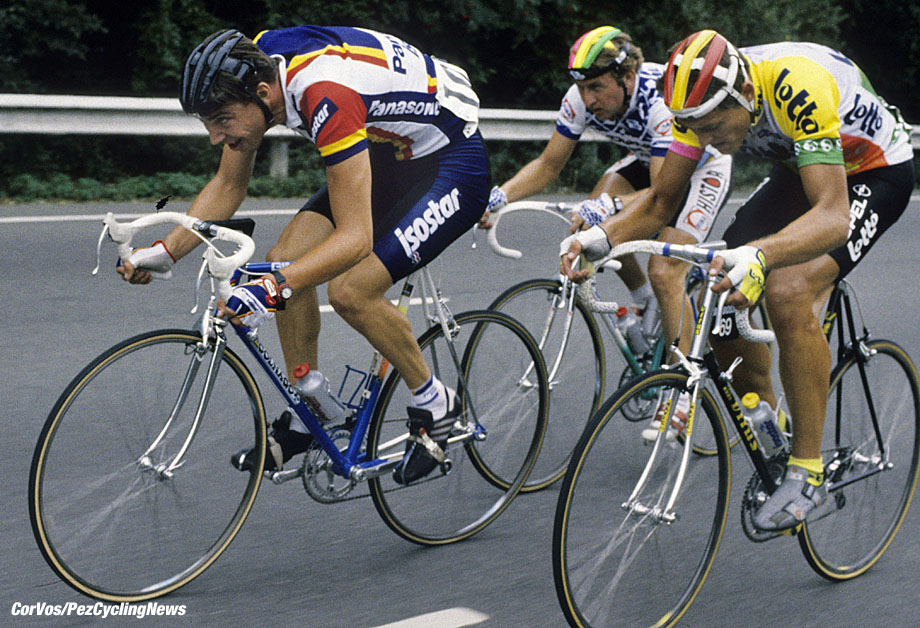 PEZ: But then you moved to ‘the enemy;’ Peter Post’s Panasonic squad – tell us about that please – and was Mr. Post as hard as they say?
At Superconfex I meet Jean Paul van Poppel. [Top sprinter, father of Boy and Danny and one of the first to perfect the ‘train’ lead-out, ed.] He won four stages in the Tour de France and Post wanted him; but Poppel wanted me to go with him, so we went together to Panasonic. I was always the rider who was in his wheel, so that his rival sprinters had to come from behind me or with their face in the wind. Peter Post was hard and not always correct to the small riders of the team. When the big boys did not win it was always because some mistakes of the small riders, but the organisation of the team was always excellent. Personally, it was a bad choice for me because I did not get many chances in those two years. I was always number 12 on the list of eight riders; but that time also opened the door for me to race a lot in Belgium. 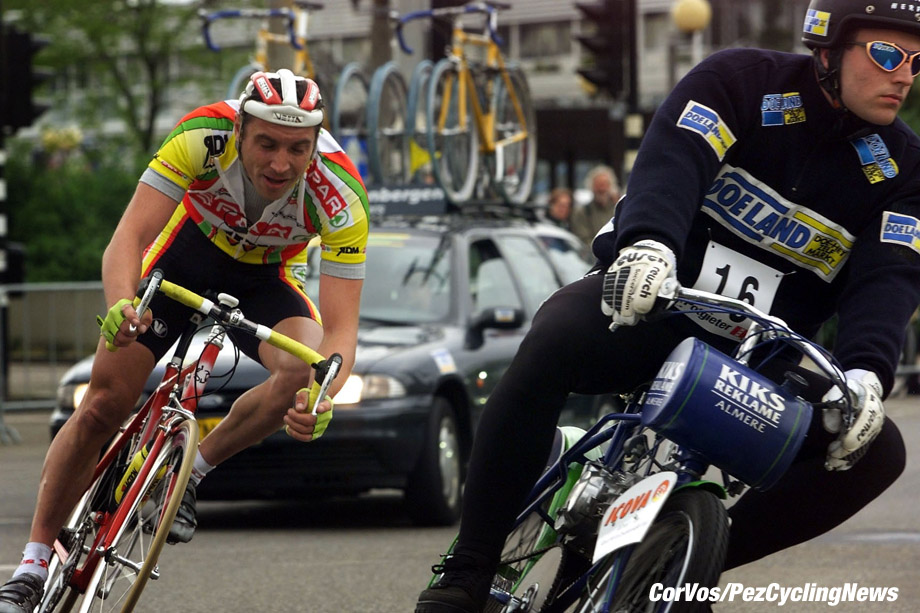 PEZ: Which result are you most proud of as a professional rider?
My biggest result is, of course, the GC Classification of the Tour of Luxemburg. But my best race was in Zwevezele 1995 (I won that race four times), 180 rider field, I beat Baffi in the sprint; Ekimov was in that break and many more big riders like Johan Museeuw. 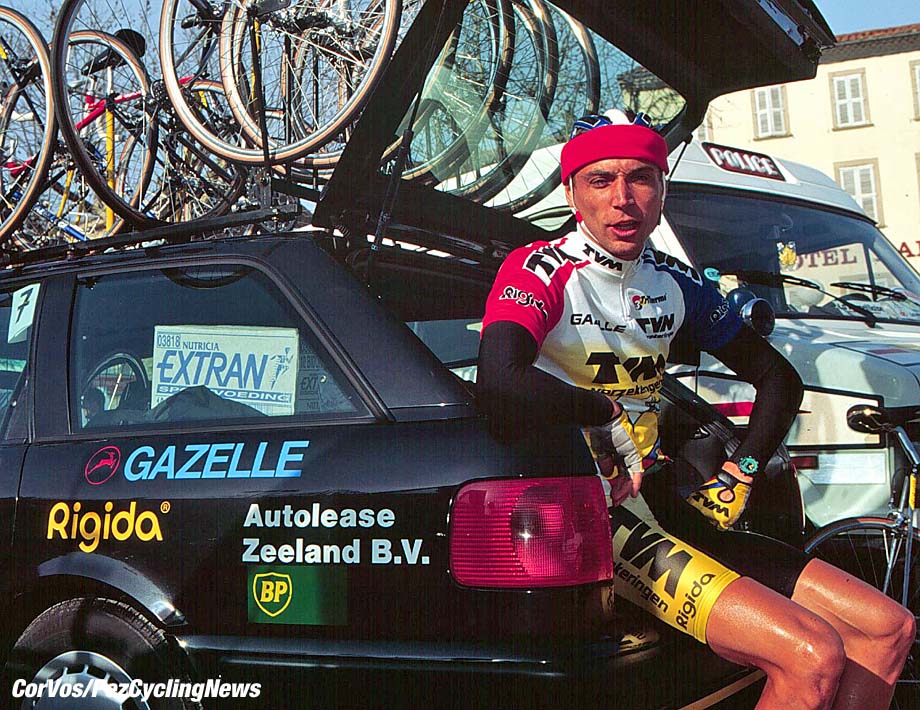 PEZ: Any regrets about your career – anything you would do differently if you had your time over?
I have no regrets about my career, it was the greatest time of my life. 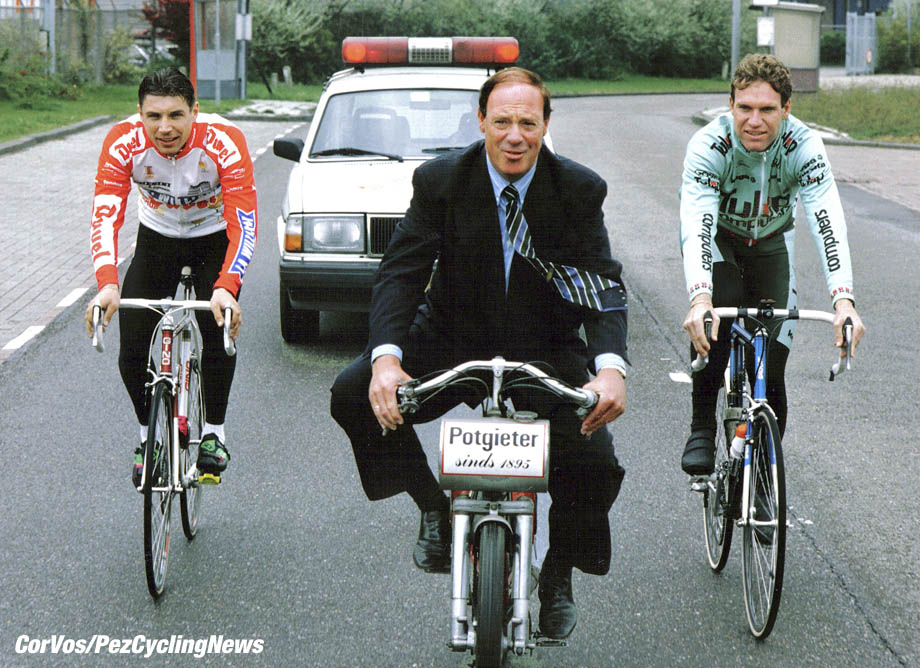 PEZ: What was your favourite time as a professional?
My favourite time as a pro rider was with the team La William. That team was like a family without jealousy. A small staff with passion, we won more than team Lotto at that time. In those three years, I won 21 races, and mainly because it was a team of friends 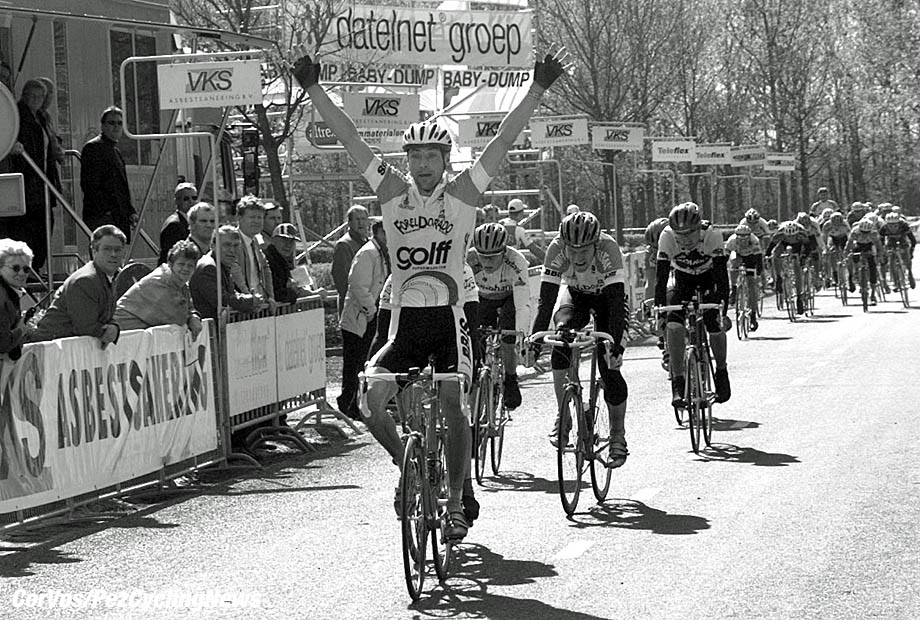 PEZ: You were a DS with Vacansoleil, Dimension Data and Roompot; why go ‘down’ to u23?
After five years with Vacansoleil, two years MTN, three years Roompot, this is a new step I really, really like. When I was in Roompot, the Academy asked me to do the Ronde de l’Isard, and from the first minute, I had a really great feeling. All these big talents have one dream, and that it is to be a pro rider. Also, the organisation of the team is really good, many Pro Teams can be jealous of that. 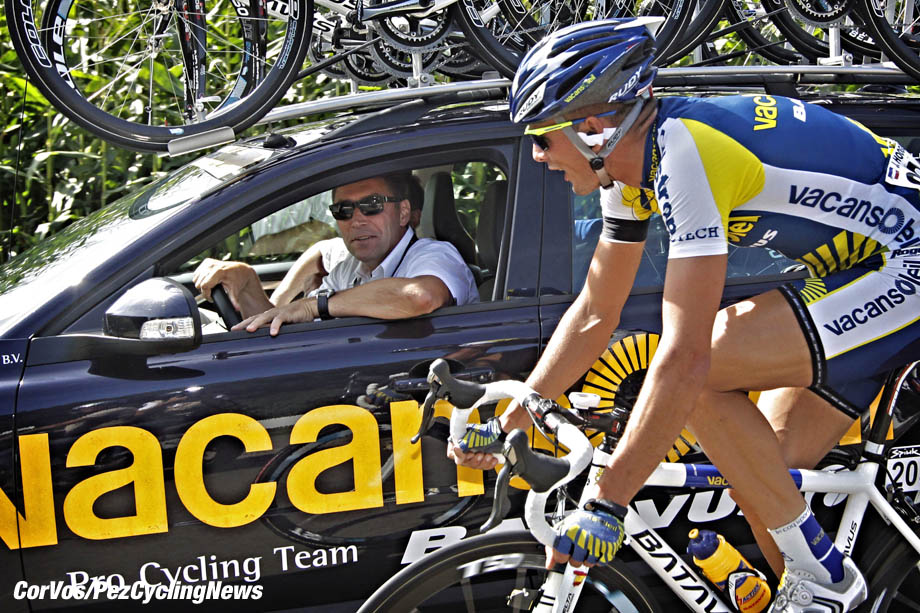 DS on the Vuelta a España ’04 talking to Jonny Hoogerland

PEZ: How much has the pro peloton changed from ‘your day’ to right now?
In my time as a pro, riders were freer to race on their own. We started with a plan that everybody had the chance to win the race. Now it is all for one rider. Many times you see they ride all for one guy in the final, and that it is no good.

PEZ: How does the Dutch race scene compare across the years?
Dutch cycling is at a very good moment again. Thanks to big sponsors who not only help the teams but also the races, we have many good cyclists that the youngsters can look up to like Terpstra, Mollema, Poels… 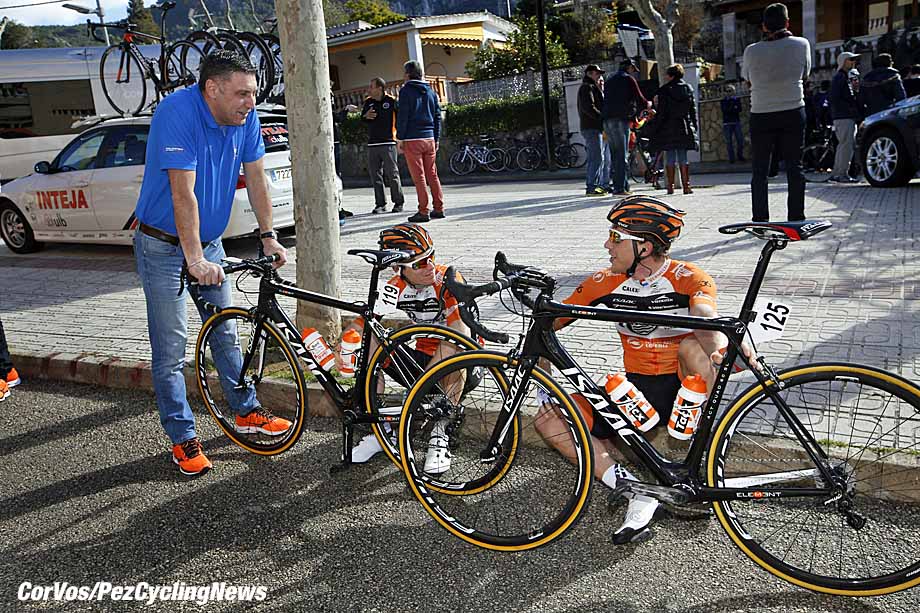 With Roompot in Mallorca 2017

PEZ: What’s your core philosophy as a DS?
That every day we start with a tactic that not only I believe in, but also the riders. Therefore, there’s a chance for everybody to take his try to win a stage of the race, but I always want everyone to give their 100%, not only for the team but also for personal development. When you see that your chance is gone, it is time to go and help your teammates.

PEZ: Guys from other u23 teams tell us that what impresses them most about SEG is that they’re in EVERY move that matters – tell us how that is?
The secret here is that from the mechanics to the soigneurs, everybody is happy and gives the 110% in their jobs. Therefore the riders are happy and ready to give it all on the road. The best example of that was during the u23 Dutch Nationals Championships, as before the race Peter Lenderink told everyone that this was his last race with the team, he was retiring from the sport. At the moment everyone was really shocked, but if you see how the team rode that day and that the champion, Julius van den Berg, was in tears after the race because Peter was leaving, it says it all. 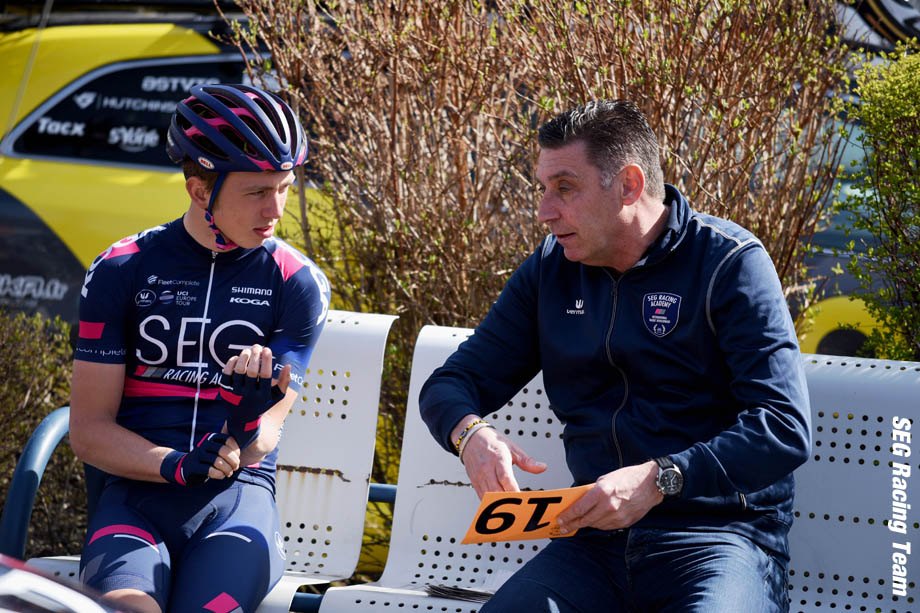 PEZ: What ‘words of warning’ do you give your riders about their training and racing?
First of all I tell them to be careful. We have a good team of trainers that look after them; and then if you have the mental strength to live like a pro, train and rest well, then you will have a great career.

PEZ: How much is down to watts and how much to grinta?
It’s a good question. Maybe I am old-fashioned, but I think that grinta is very, very important. You won’t achieve anything if you have a lot of power but no fighting spirit to race in the front. I think that we have to teach the riders to combine both. 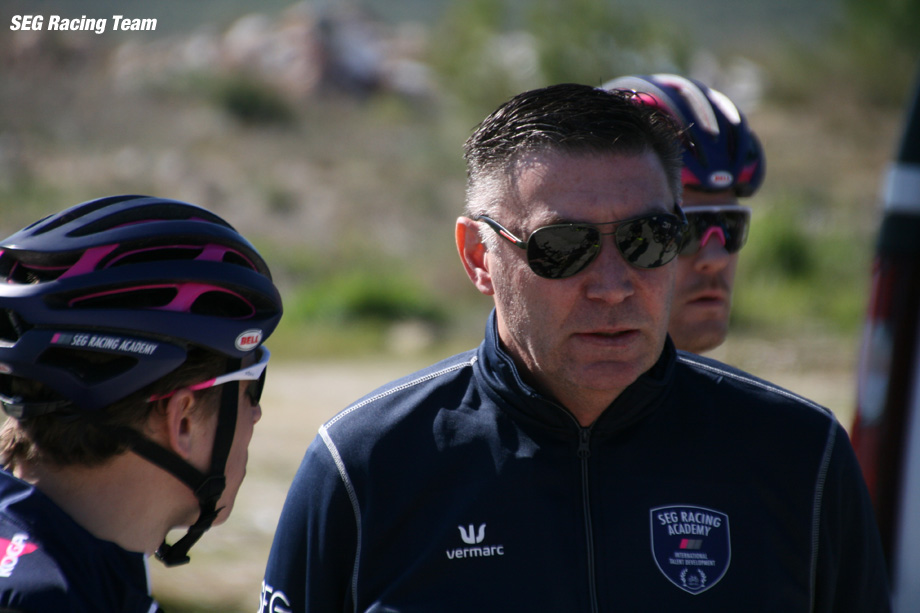 PEZ: Stevie and Cees have moved up – who should we be watching out for now?
Also, Julius van den Berg jumped straight to the World Tour with EF and Jan Maas will be a trainee with LottoNL-Jumbo. For us it is a goal to bring every year riders a step up to the full professional level. For the next year we have new big young talents and I think if you have the goal to be a pro rider we have a good program and a good name with all the World Tour teams.

SEG Racing Academy, the place to be if you’re an u23 with big ambitions. . .

# With thanks to Michel and SEG communications manager, David Soteras. # 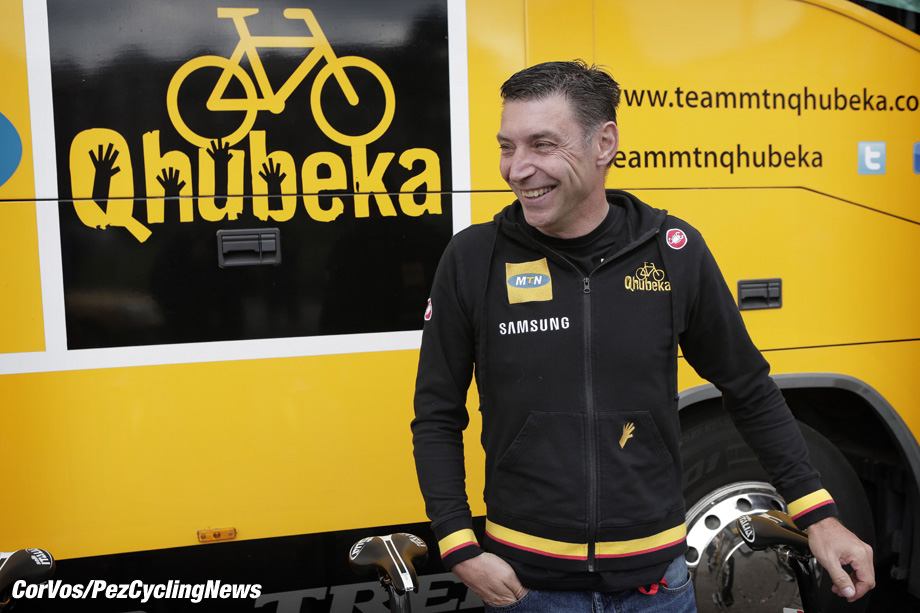