It’s nearly 10.00 pm when Saunier DS Matteo Algeri appears by my side, at the dinner table; ‘He’s ready, now!’ I’m still trying to swallow shredded beetroot as I’m led to meet rising star Riccardo Ricco, in the foyer outside the dining room…

I’ve been trying to get some time with him all day and I know from past experience that the later it gets, the less interested the rider will be, especially when interviewing through an interpreter.

I thrust my hand out; ‘Riccardo!’ He doesn’t bother to get up, shakes my hand, gives me a weak smile and enquires; ‘Italiano?’ ‘Englise,’ I reply, I don’t know the Italian for Scottish; his eyes dart-up to the ceiling – he’s been on a training run, taken part in an endless photo-shoot, been through the presentation, had to schmooze at the buffet and now he just wants some peace.

It’s not going to be an ‘all time great look into the soul of The Cobra,’ I can tell, but he’s sat here, so let’s do it.

PEZ: Riccardo,You were in the finales of the Primavera and Lombardy, not many riders can do this.
Riccardo: It’s just my physical characteristics; I stay in pretty good shape all year long. I had three objectives last year; the first was Milan-San Remo, then the Giro and finally the late season classics, these peaks worked out well for me. 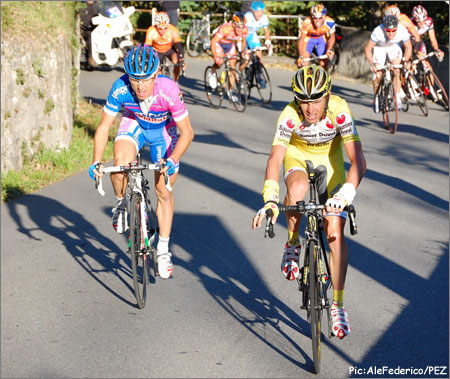 Ricco was a major factor in Lombardia, but didn’t quite have the punch to take the sprint over the Little Prince Cunego.

PEZ: What was your highlight of 2007?
RR: My two stage wins in Tirreno-Adriatico, they were my first really-big victories. 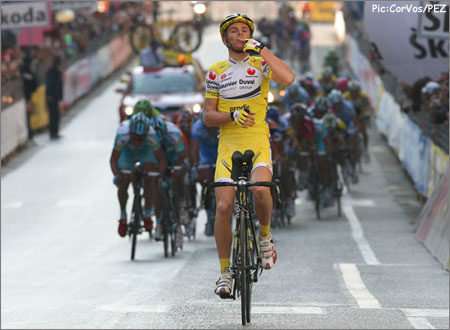 The first of back to back stage wins at Tirreno-Adriatico.

PEZ: And disappointments of last season?
RR: Immediately after the Giro I was mentally and physically drained, this was a difficult time for me. 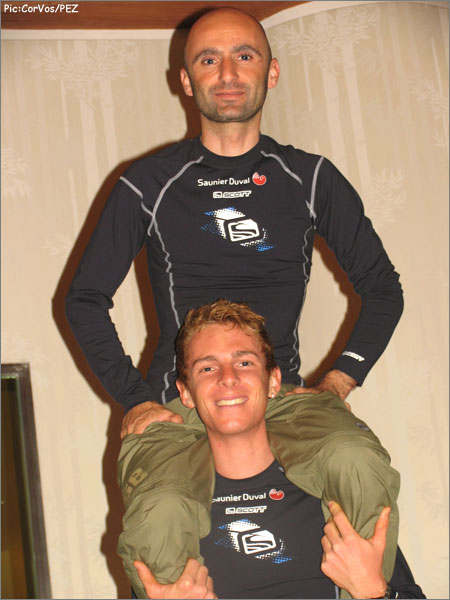 With the help of another devoted mountain man, Ricco’s chances have to be favored in the coming Giro…at least for a podium.

PEZ: Sixth in the Giro in 2007, a podium must be possible?
RR: It’s not impossible, but we’ll have to see what happens.

PEZ: Goals for 2008?
RR: The spring classics, Milan-San Remo, Liege-Bastogne-Liege, The Amstel and The Fleche Wallonne are all races which suit my style and I would like to do well in them; and of course, The Giro. 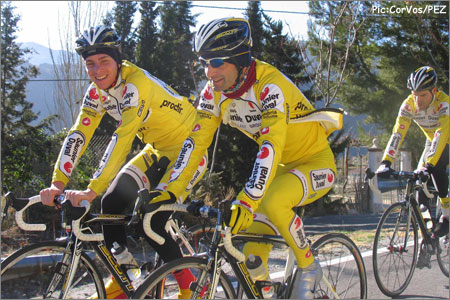 PEZ: How is your form?
RR: I’m happy with my shape, right now; I think my condition it’s where it needs to be at this stage of the season.

PEZ: Do you feel more pressure this year?
RR: No! 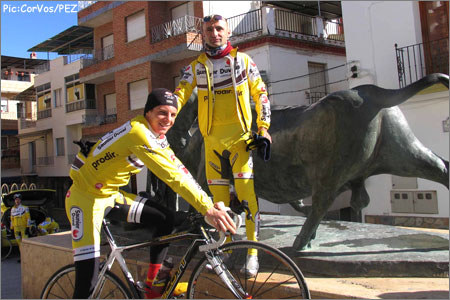 PEZ: If you could win just one race?
RR: Hah! The Giro! Of course! 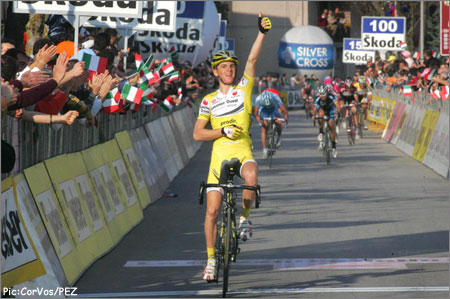 PEZ: ‘The Cobra’ – how did you get this nickname?
(Matteo smiles as he asks the questions, he doesn’t know either, Riccardo even manages a smile as he answers.) 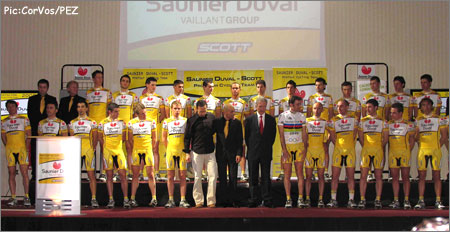 It’s over, he gets up and heads for the door and the sanctuary of his room; even killers get tired, sometimes.