There are a lot of good of good pros struggling to find a contract, this winter. But there are still, ‘happy endings’ out there. Take 27 year-old Tour of Georgia stage winner Richard England, when he started the Sun Tour, back in his native Australia, a few weeks ago, he thought he was signing-on for his last ever pro race – now he’s looking forward to his first pro season in Europe with Amore & Vita.

PEZ: A good start to the season with a win in Georgia and now a good end too, Richard.
Richard: Absolutely, it’s the culmination of a lot of years of hard work; the opportunity to race in Europe is something I’ve looked forward to for a long time. 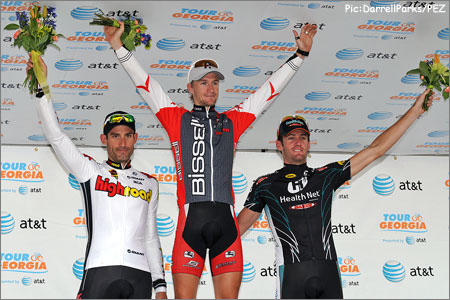 On the top step of the podium at the Tour of Georgia after winning Stage 5.

PEZ: Did you get other offers?
Richard: To be honest, I was finding it really difficult.

I was behind the eight ball with my networking; I guess I should have used my Georgia win as an introduction to look for a team, but I didn’t.

Halfway through the season I got myself a manager but if you’d called me four weeks ago, I’d have told you that I was going to retire.

I had offers from the States, but they were really poor.

When I started the Sun Tour, it was in my mind that it was my last pro race and I was coming to terms with living a ‘normal’ life.

Then I saw the email from Amore & Vita – even if it’s only for one season and I have to go back to an ordinary existence after it, it’s something that I’ve always wanted to and it’ll be a great experience. 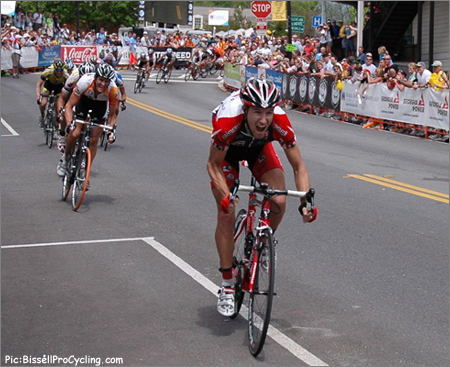 Sprinting for an incredible win.

PEZ: The Faninis, who run the team are quite outspoken.
Richard: When the offer came through, I spoke to a lot of folks about where I was going. Cristian Fanini, who runs the team, is very outspoken on the issue of drugs but there’s a silence about that issue, not just in cycling, but in all sports. Somebody has to speak out and say the risky things – provided they’re motivated by the right reasons.

PEZ: Roberto Gaggioli is a DS.
Richard: Yeah, I know him through racing in the States; he raced for and ran the Monex team. Amore & Vita are registering the team in the US this year, not Poland.

PEZ: One big win can open the door?
Richard: Absolutely – I had good results across all of the seven days and it showed me that I had the ability to compete with the best. When you’re trying to sell yourself, a podium place is one thing – but it doesn’t compare to a big win. 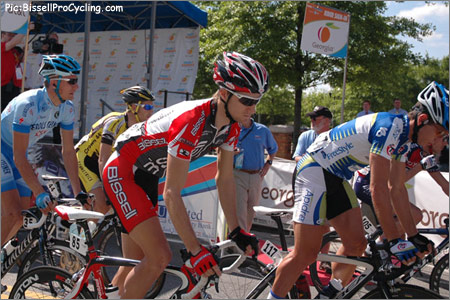 England was almost not selected for the Tour of Georgia…

PEZ: Georgia was a bit of a watershed for you?
Richard: I had some hard personal stuff going on at the same time – I’d just broken up from a long term relationship and I used that race as a release. I got it all out through the bike; I pushed myself harder than I’d ever done before, right from the first day, where I was fourth.

It was a coming of age for me, I showed my director and team mates that I was deserving of respect; maybe before that they had doubts about me. The funny thing is that I almost didn’t make the team for Georgia; I hadn’t being going well at all. 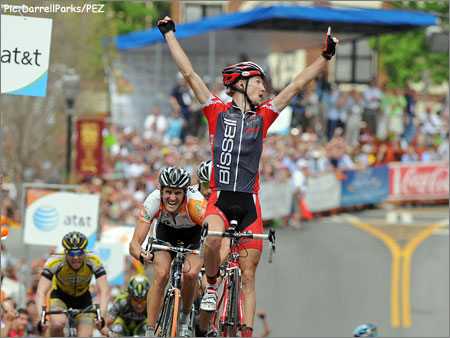 PEZ: No Georgia for ’09 – that must be disappointing?
Richard: For me and the team; it would have been a bit of a coup for them, going into the race with a stage winner from the previous year. Georgia and California are my favourite races – It’s a shame because Lance would have ridden, maybe it’ll be back in 2010?

PEZ: It’s tough in the US just now?
Richard: Yes, especially with Toyota and Jittery Joe’s not being around. I have some friends who are good riders, struggling to get a deal – Hilton Clarke (Australia and ex-Toyota) had 15 wins this season and he’s still not got a deal.

The environment is tough and I think more races will be cancelled, unfortunately.

PEZ: Is your former team, Bissell, continuing?
Richard: Yes, Mark Bissell has been a great supporter of the sport and a great ambassador for the sport – his commitment is still in place.

PEZ: Do you know your programme yet?
Richard: I’m hoping that it will be predominantly European; I’ll be talking to Cristian Fanini to map out my season. I’ll be riding some US races and obviously, I have a lot of experience there; but its Europe I’m really looking forward to – new races, new faces.

PEZ: Why did you choose the States, to start with?
Richard: It was more luck than anything else. I didn’t start racing until I was 19, after school and I’d graduated from university. I went to the States with an Aussie amateur team for what was supposed to be a two month spell – I thought I’d get two months experience and after the trip I’d come home, get a job and race as an amateur.

But one thing led to another, I was made an offer and decided to stay on. I was becoming a little bored with it, though – it’s the same races and the same teams dominating, due to the big budget differentials. 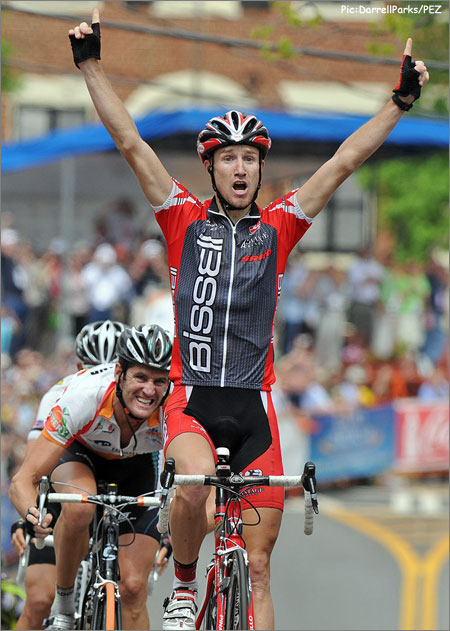 England will be hoping for a few of these in 2009.

PEZ: How’s the winter preparation going?
Richard: I’ve changed it a little – I haven’t ridden the track this winter. I had three weeks off after the Sun Tour and now I’m doing gym work three or four times a week plus base work – long, steady miles. I want to start the season fresh.

PEZ: When do you go back to the US?
Richard: I hope to ride the Tour of California, but we have a race in Cuba around that time too. I’ll either be starting my training at a camp in Majorca or California – that’s a good choice to have to worry about! 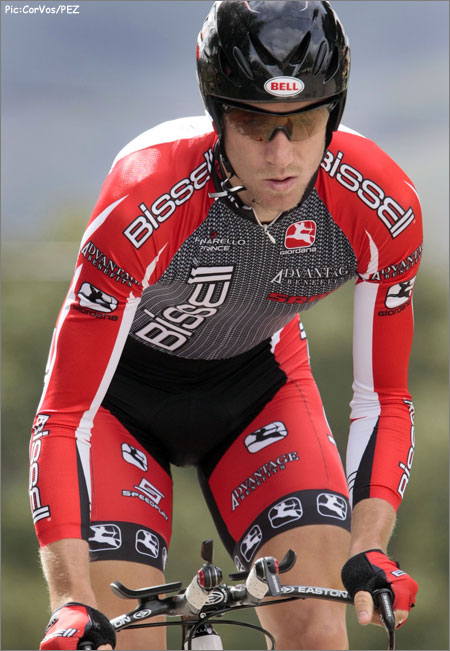 PEZ: Goals?
Richard: I’m heading into the unknown in Europe, so it’s a massive challenge. I want to be of value to the team; be a solid team rider.

And I’d like to get a couple of wins – but most of all, I’d like to ride consistently well throughout the season; that’s how I’ll judge myself at the end of the year.

PEZ: Are you looking forward to racing against Lance?
Richard: If you grew up with the ‘Lance story,’ it’s very good for cycling that he’s coming back. When I started racing, he was just beginning his reign in the Tour, so to race against him is an exciting prospect.

Plus, it’ll mean about an extra 50,000 people beside the road at any race he rides!

With thanks to Richard for his time, we wish him all the best for 2009 and we’ll be watching those race results for his name.