Interview: The second rest day at the Tour de France is well known to be the day a lot of deals are struck for the next season. The riders, team managers and the rider’s agents are in negotiations as we speak in Switzerland. Ed Hood caught up with new rider agent and ex-rider Caleb Fairly to get his thoughts on the World of contracts.

Not only is le Tour the world’s biggest bike race, it’s also a huge negotiating table where all of the world’s top riders, staff and agents are in the one place at the one time. Deal making for next season is part of the fun of le Tour. 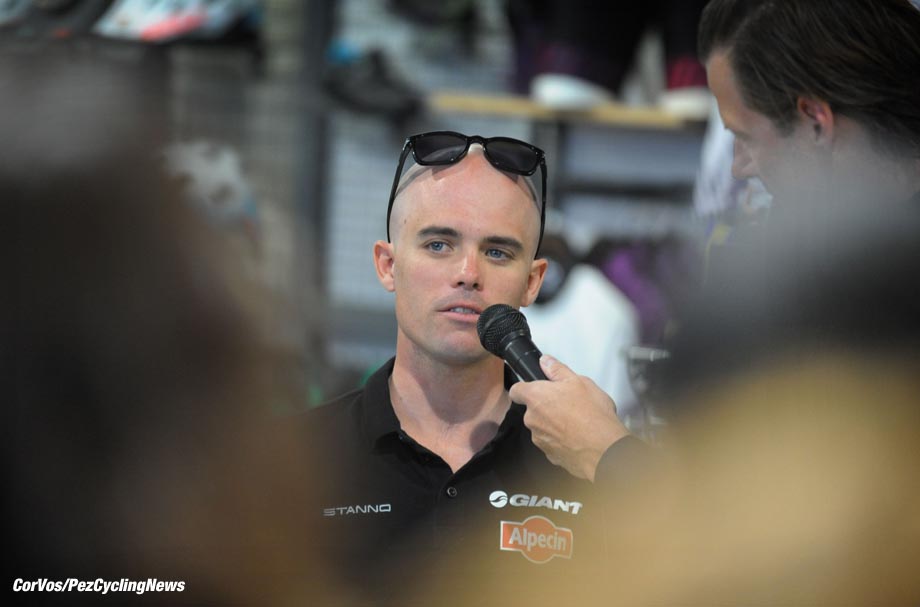 However, one deal that was made prior to Le Tour which caught our eye was German sprint ace John Degenkolb partnering with recently retired rider – and Degenkolb’s team mate at Giant – turned agent, Caleb Fairly.

The 29 year-old Texan rode for HTC, Spidertech, Garmin and Giant during his pro career, riding the Giro and Vuelta along the way with his biggest success probably being winning the cult ‘dirt race’ the Tour of the Battenkill in 2010.

Fairly joins the family sports consulting/athlete representation business to put to good use all of his time and experience in the pro peloton.

Whilst Degenkolb’s fight back from his early season horror – and potentially career ending – crash is at last bearing fruit as we watched the German punish his Giant into fourth spot not so far behind Cav on Stage 14 of le Tour. 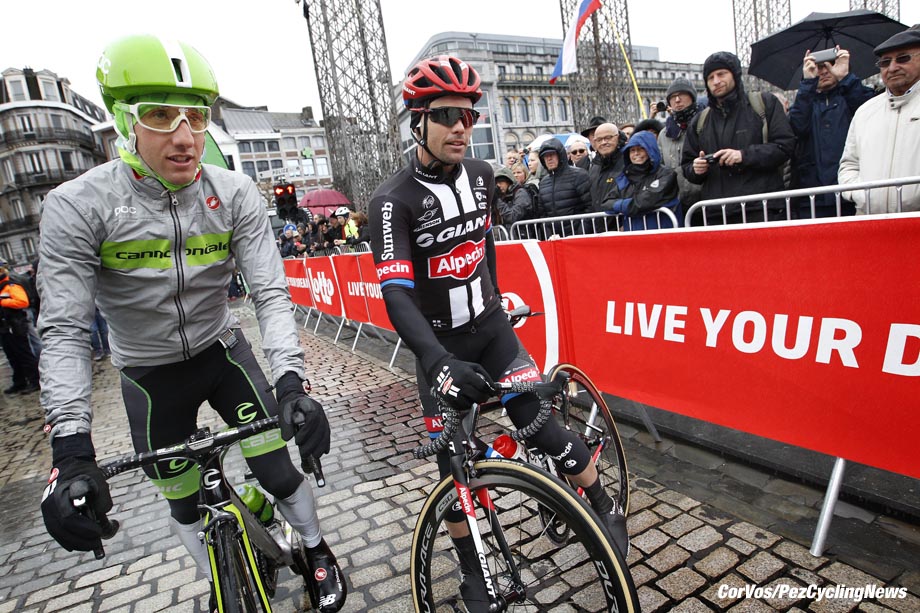 Here’s what Caleb had to say to PEZ:

PEZ: Why quit the sport when you did?
Caleb Fairly: I’ve been traveling to and/or living in Europe racing a bicycle since I was 16 years-old. My wife and I had a nice life in Girona and I’ve competed in most of the major races in professional cycling.

Every rider has to move on eventually, and over the last 18 months my interests were shifting to other areas of the sport; namely, my belief that riders are the most under-represented of the four constituencies of cycling (riders, teams, governing bodies, promoters).

PEZ: Any regrets about the racing phase of your life?
Absolutely none. It has been an incredible 10 years that I’ll always look back on with appreciation and gratitude. It has been an amazing time, but it is time for me to take the next step in my career. 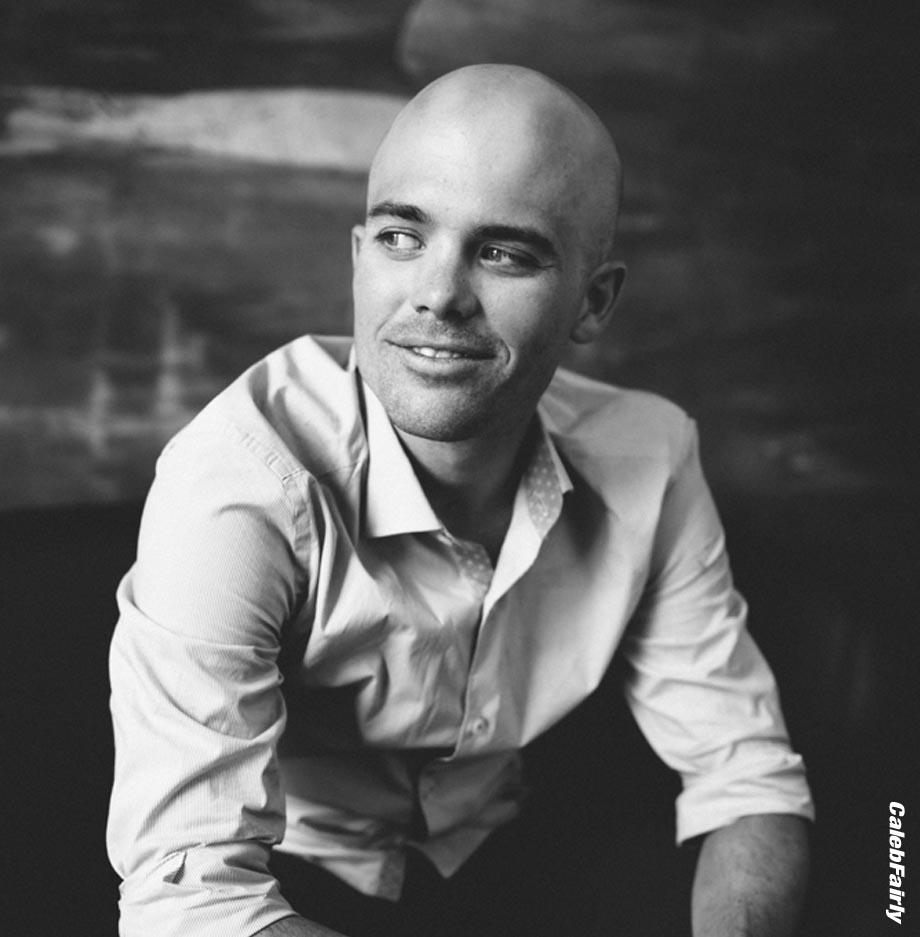 PEZ: What was the experience of being on the Dutch Giant team like?
It was definitely a change from my previous teams. It was a great experience to be on a team that did things differently to what I was accustomed to. I only have good things to say about the guys at Giant. Every team has a unique personality and as a rider, you focus on the best things from each opportunity and make the most of it. Most important are the teammates you get to know and appreciate and learn from. Those relationships are priceless.

PEZ: When did you first start to think about your new career path as a cycling manager/agent?
I’ve been aware that there would be a serious opportunity in this field (athlete representation) for a long time now. I began considering it a few years ago when my then agent offered me a job. But I started putting specific plans into motion in the summer of 2015. 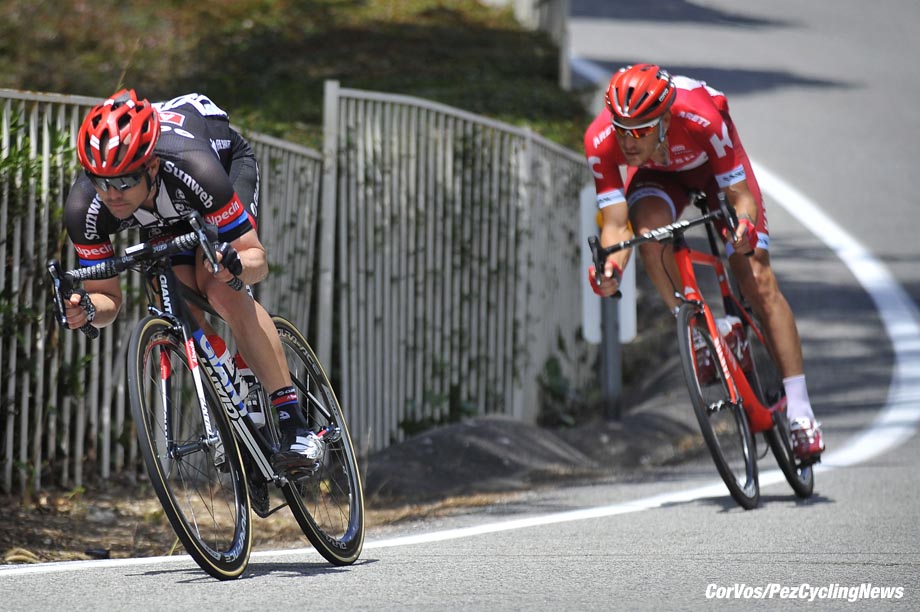 PEZ: It’s a competitive game – with guys like the Carrera Brothers and Paul De Geyter, hard to break into…
Interesting point, as we’ve already taken riders from the most successful agents. I’ve hired three well-known agents during my career and unfortunately, parted ways each one. I was always optimistic about the ‘next one’ but my experience ended up being similar every time. Discussions in the peloton made me realize it is not just riders of my calibre, but also high-profile riders that were missing out on critical expertise, strategic advice, and proactive attention. Because of my upbringing I was aware of what top-level athlete representation looks like in other elite sports. Most riders don’t know what they are missing out on, but those we’ve talked to see it almost immediately. The response we’ve received from rider leaves us confident about our ability to compete.

PEZ: Tell us about the family business, the Fairly Group, please – what’s ‘risk management?’
The Fairly Group is a large, well-known company who works in many areas at the highest levels of the sports and entertainment space. Most of what they do is not public – Risk Management is but a small piece. There is a great deal of depth and experience and credibility here that will help take our athletes to new levels of opportunity and leverage than they’ve been accustomed to. 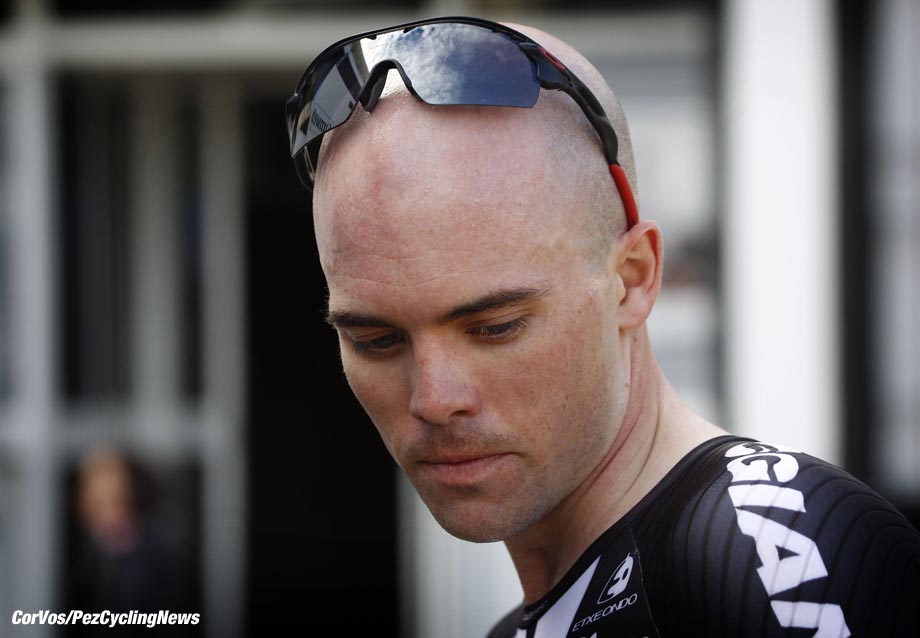 PEZ: John Degenkolb is a great name to have on the books – how did you manage that?
It was fairly straightforward. We discussed critical issues and opportunities which today’s riders have historically not taken advantage of. John Degenkolb is one of the most astute riders in the peloton, backed by his equally sharp wife Laura, and he quickly saw the potential advantages of a new approach. That’s all I can comment on, as it would not be appropriate to discuss these issues in a public forum.

PEZ: Are we allowed to ask if you have anyone other riders on the books?
We have several cycling clients already, but we are being very selective about whom we work with – we’ve turned down a dozen riders. The depth of involvement and complexity of deliverables which our clients receive require us to be disciplined in selecting which riders to partner with. We are also very optimistic that our clients will be able to help affect change for all riders in the peloton. We have already negotiated agreements with teams which include terms that have never before been achieved by/for riders, and we will work primarily with riders who have the potential to leverage their value in new ways. 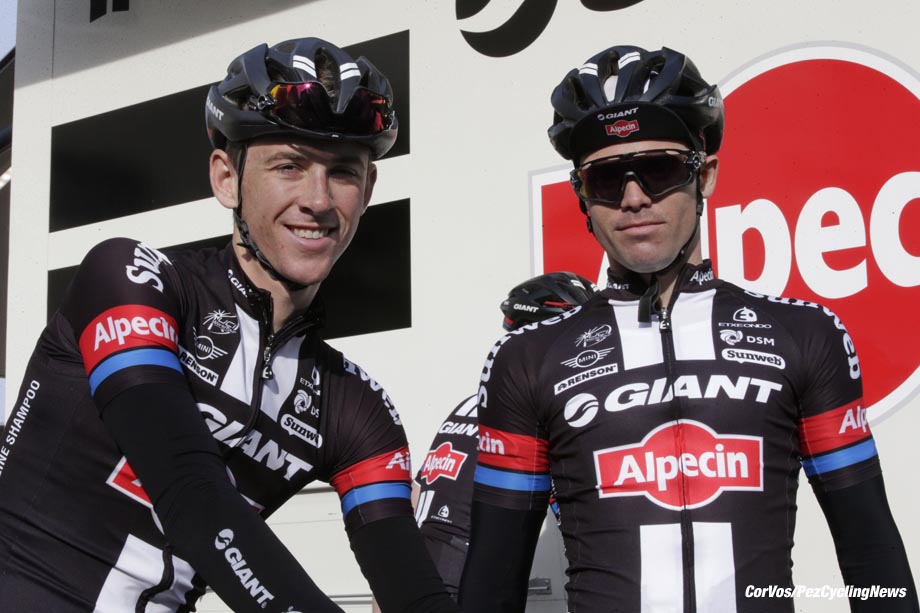 PEZ: Can I ask about some of the things I saw John mention: ‘team fit’ and ‘other details which have not historically been part of rider contract negotiations’?
The process of helping a rider navigate the considerations in determining the best team fit, or negotiate a new contract is very complex. We will not divulge our process or approach, except to say that riders in today’s peloton have amazing new opportunities which are not currently being leveraged in their favor – this will change for our clients going forward.

PEZ: And ‘image rights’?
Regarding image/data rights, I will only say that there is a war being waged over this issue, as we speak. The topic is too complex to discuss here, but riders, their agents, and the CPA are largely unaware of the complexities and importance of this issue, much less, the implications. Riders are largely standing by in silence as this valuable asset is being negotiated over. We have the legal expertise and experience to address this for our clients and have already negotiated extensive (yet fair) improvements for not only our clients, but eventually, every rider, related to this issue. 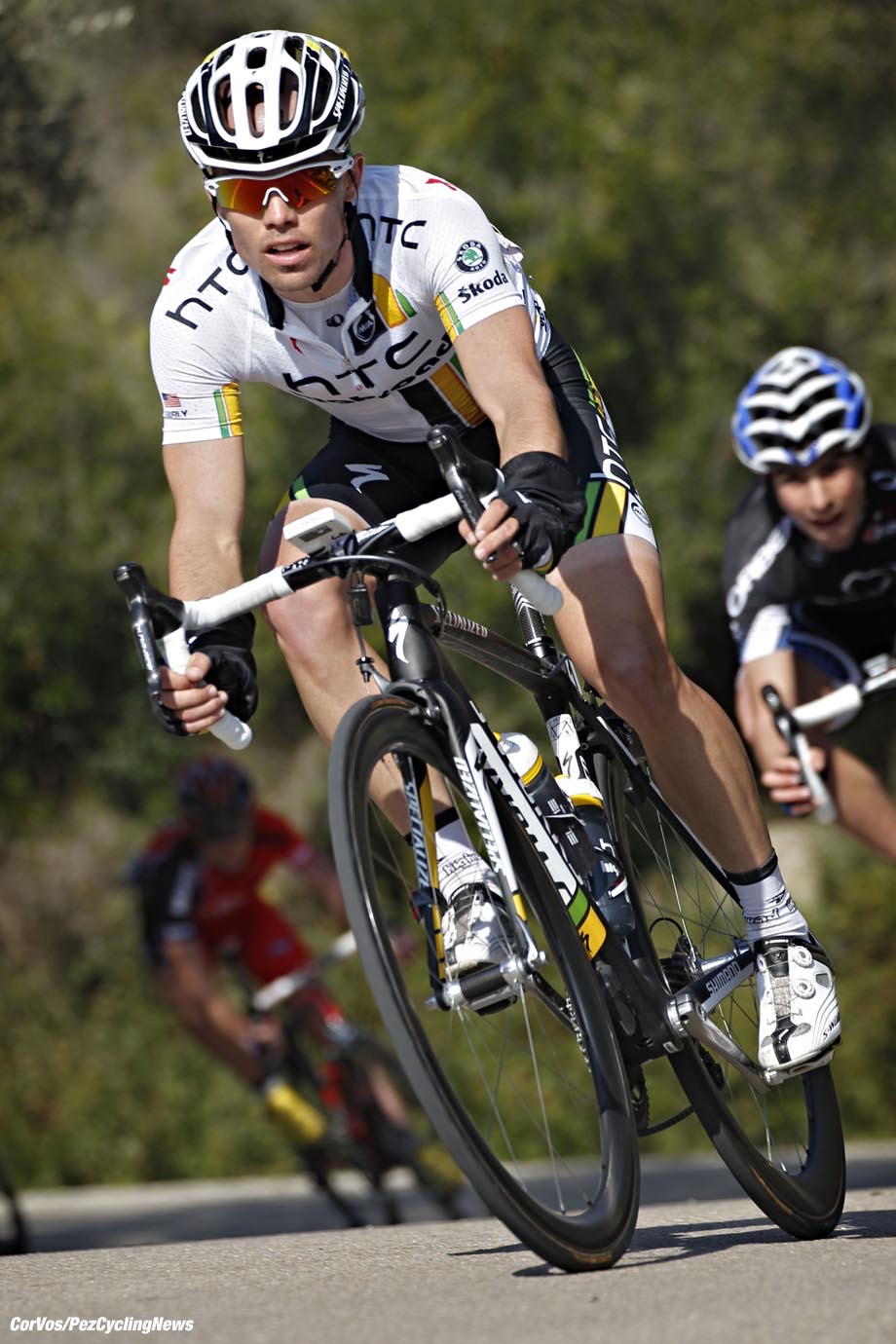 PEZ: What’s ‘protection’?
I can’t comment on this specifically without giving away intellectual capital, but this is a very important issue which must change for riders in the future. Team owners we’ve spoken with are cooperative and fair; unfortunately, we are the first agents who have addressed this and created a solution on behalf of riders.

PEZ: How far do you anticipate taking this side of the business – will you be handling all the riders yourself, initially?
We have a long-term vision for cycling – from rider’s perspective – which is largely influenced by me having been one. I will be working directly with our clients but I have a team of attorneys and topic-experts supporting me and our clients, and we will deliver a new level of professionalism and strategic leadership to riders in this sport. 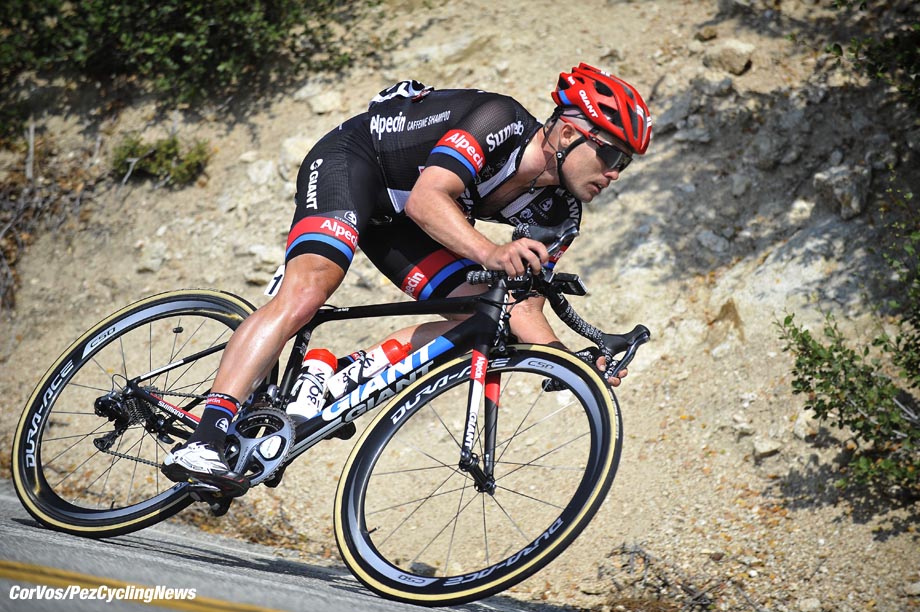