Rider Interview: It’s always good to talk to someone that has more than cycling in their life, and New Zealander Nathan Dahlberg is one of those men. He raced with 7-Eleven and Motorola and had a long and successful career, travelling all over the world. Now Dahlberg has a full and varied life: Mountain climber, pilot, explorer, film maker… the list goes on. 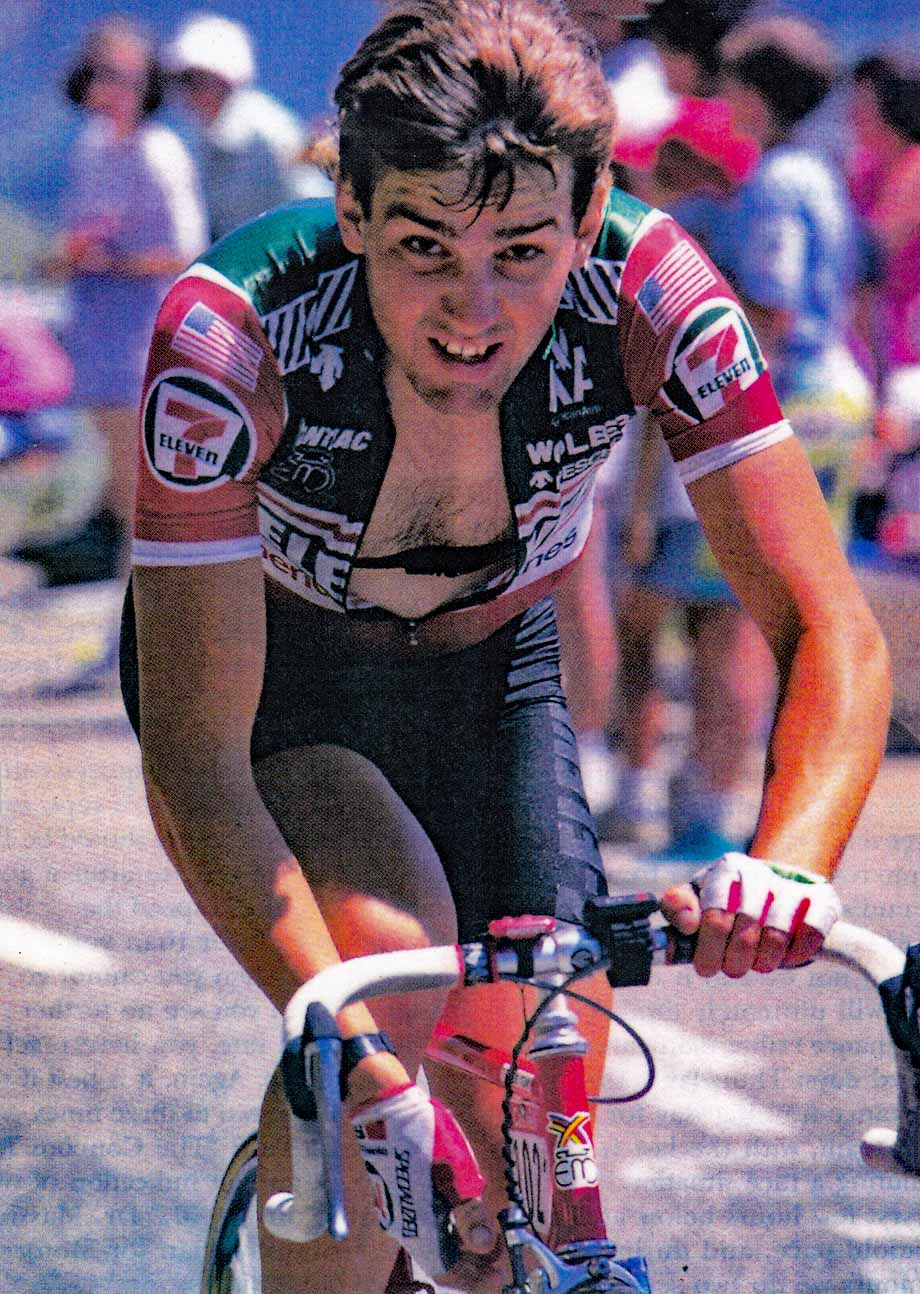 If there’s somewhere on the planet this man hasn’t raced then we can’t think of it: Europe, the Americas, Africa, Asia, Australia, even the Himalayas. Nathan Dahlberg is his name, all the way from the other side of the globe: Whanganui, New Zealand. Perhaps best known for the time he spent of the 7-eleven and Motorola teams but there’s much more to the man than that.

PEZ: Europe from Kiwi, that was a long way, 35 years ago?
Nathan Dahlberg: My first trip was a long time ago, the Junior Worlds were in New Zealand and I got talking to the president of the French Federation and asked me if he could place me with a French club. We communicated back and forward and that was me bound for Europe – I didn’t know much about the place but I seized the opportunity. 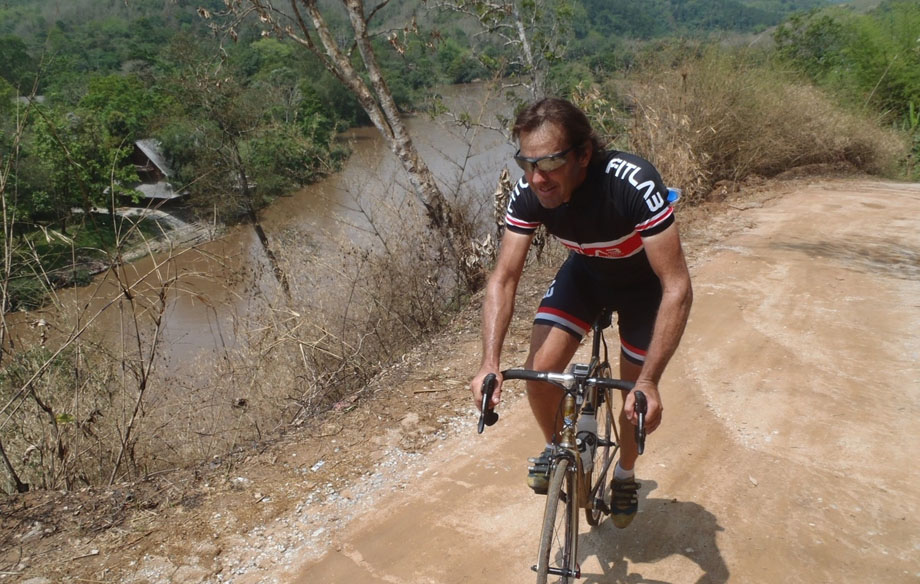 PEZ: The first mention we see of you in the palmarès websites is Bordeaux-Paris 1987, before you turned pro with 7-eleven?
Looking back, things were much more ‘open’ in that era, they were trying to rejuvenate the race and were letting pros and amateurs ride, I rode in an ADR amateur team jersey. It was 619 kilometres with the final two thirds of that Derny paced. It was strange riding through the night and trying not to fall asleep on the bike – one guy did and crashed. It was a great experience though, I went back the following year and of course I was a better rider but I messed up the finish; the first time I rode it there were two finish laps but the second time there was just one but I didn’t realise. 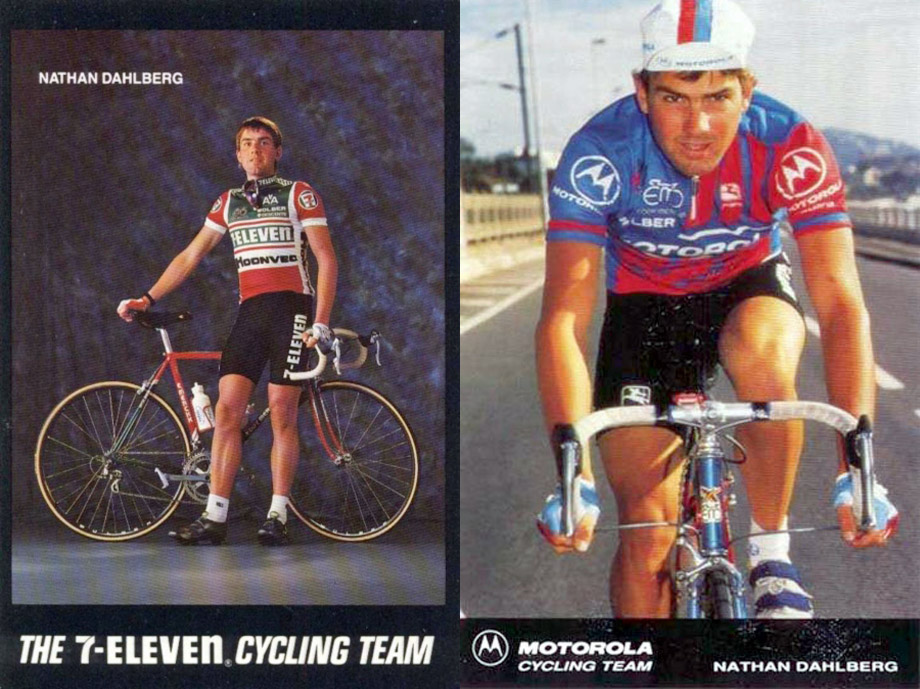 PEZ: The 7-eleven team?
I’d been riding in Belgium for several years and knew Luke Eysermans who was a soigneur with team, at that time there weren’t that many good US riders so they were looking for English speakers to join the team – a couple of US guys had come over but couldn’t handle it and went home. Luke rang me, we met Mike Neel who was DS and I was on the team and riding in the Classics for them.

PEZ: And the ’88 Tour?
That’s another story! That year the UCi had imposed a ‘maximum 21 days’ rule upon the Grand Tours but the organisers wanted a Friday prologue, so they ran one but not as part of the Tour. I was riding a kermis on the Friday but Bob Roll of 7-eleven crashed out in the prologue and they had to replace him for the actual Tour. I was in my house and Staf Boone arrived at my door and told me that the team had been on the phone to him and I was riding le Tour. We drove all night to get to Pontchateau in Western France on the Bay of Biscay where Stage One started; it was actually a split stage with a TTT in the afternoon – I was pretty tired after that one. I survived the Tour but it was touch and go a time or two, I obviously wasn’t properly prepared for the race but Mike Neel and the team were great in guiding me through it. 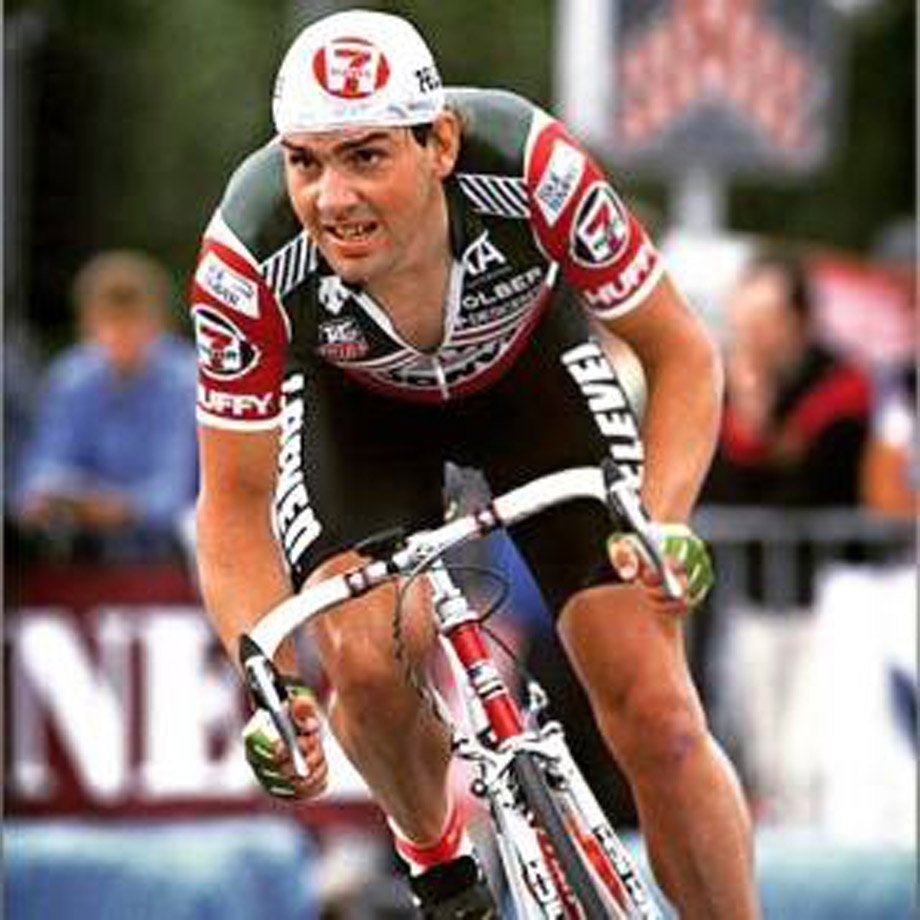 PEZ: You won a stage in the Milk Race in the UK in 1989?
The race was pro-am that year and we’d just come out of the Tour of Romandie; and I’d ridden the Tour of Flanders, Amstel, Pais Vasco so whilst you couldn’t say the Milk Race was ‘easy’ it was certainly not as tough as the racing we’d been doing. Brian Walton won that the Milk Race for us; I won Stage Four into Malvern, I was flying that day.

PEZ: Season 1990 was a good one for you with a stage win in the Tour of Switzerland and strong rides in Kuurne, Toscana, Tre Valli Varesine and Plouay.
That was a really good year, I was in my third year as a pro and much more disciplined about my training and diet. The thing is that it’s hard to live like that long term and you have to respect the guys who spend their whole careers living with that sort of discipline. Latterly in my career I liked that I was racing in different, beautiful places and admired the parcours – but when you have that 100% focus you can forget about the views.

PEZ: The 1991 season was a bit quieter for you?
That was a difficult year, I had illness and didn’t rest sufficiently after it; then I became anaemic and had problems with my leg. The whole thing snowballs and little problems assume too great an importance – then I had hassles with the team, personality clashes. Bad morale is the opposite of what we were talking about earlier when you have the focus and everything is going well for you. 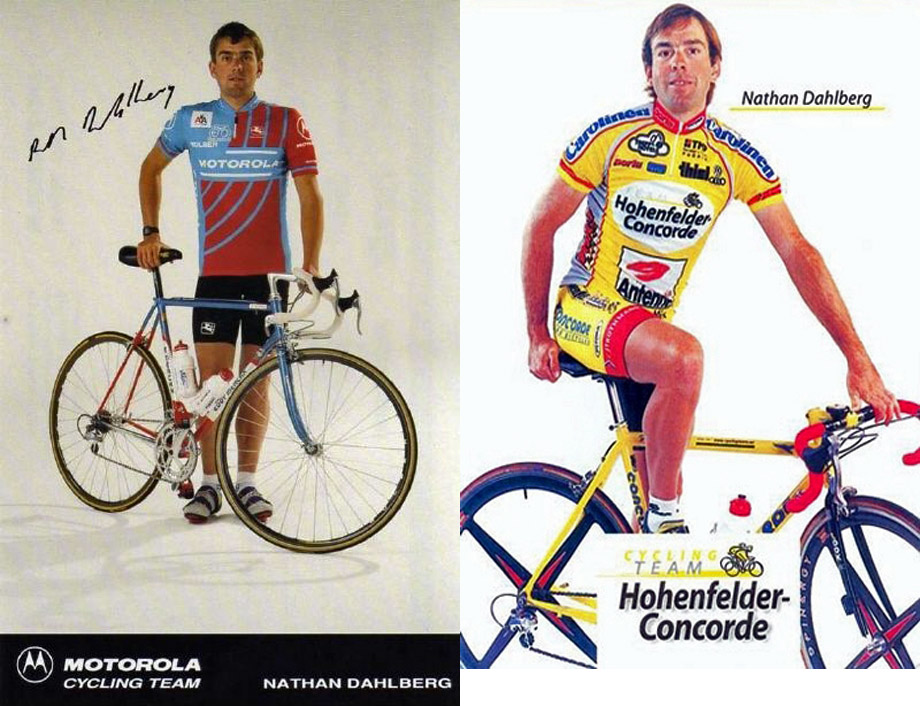 PEZ: The Spago team in 1992, you notched up some nice wins in the USA.
Spago was a good team, Mike Neel was the manager; I always got on well with him; I found him to be an inspirational character. I got my leg problem sorted out, was physically in good shape and happier even though I was on less money than I had been with 7-eleven. But at the end of that season I had a bad crash and cycle sport went into a bit of a dip at that time. We were supposed to have a team organised with Brescialat and Rossin for 1993 but that fell through.

PEZ: ‘Tango’ is down as your sponsor for 1993?
That was a jersey and some money deal, a demoralising time. But like ’86 when I was an amateur and did a lot of things wrong, those are the years when you learn. 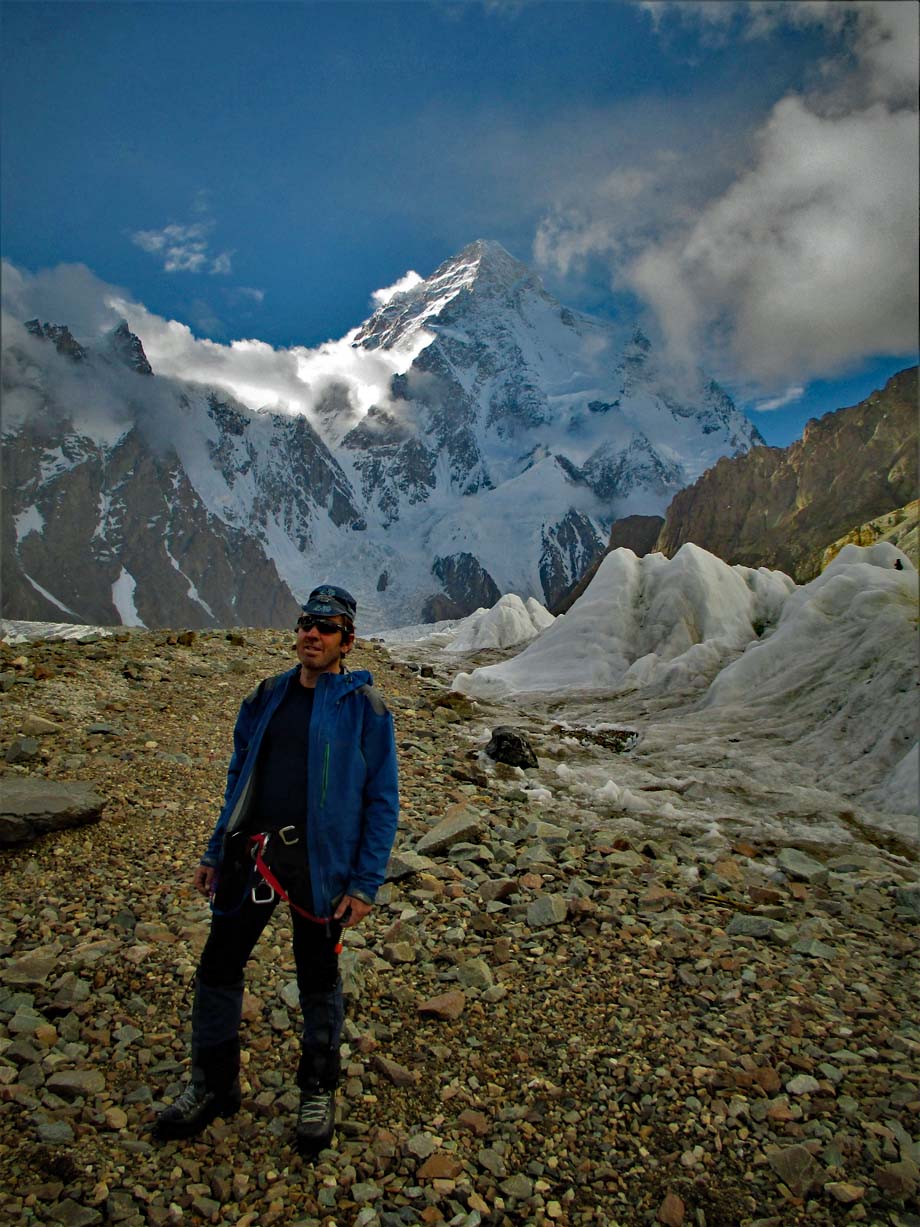 PEZ: You dropped off the radar from 1994 to 1996?
I quit and took up flying, I always wanted to be a pilot, I rode some races in the USA, which was fun but I went through a divorce at that time too.

PEZ: Back in harness in ‘97/’98/’99 trotting the globe?
I bought a ‘round the world’ ticket and as well in racing in the places I knew well; Belgium and the USA I raced in places like Estonia, Chile, Uruguay. . . 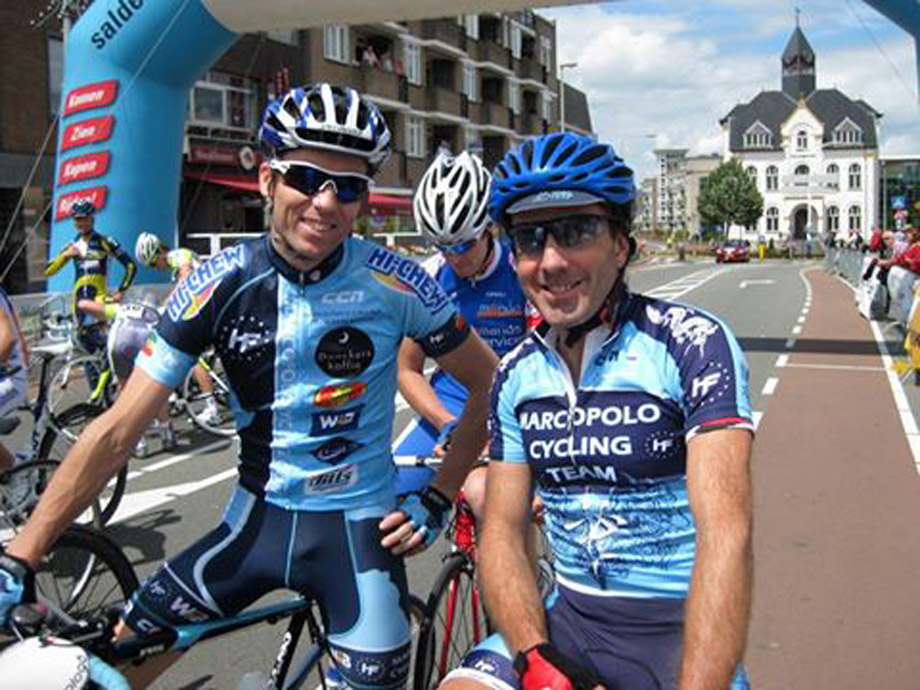 PEZ: Your international adventures continued in the new millennium and you set up the Marco Polo team.
Okinawa, Morocco, Serbia, Germany, Sweden, Indonesia, Java, Norway, Hong Kong, Malaysia, Korea, Turkey, Thailand, Azerbaijan, China, Eritrea. . . Fellow Kiwi, Glenn Chadwick and I set the Marco Polo team up. The UCi regulations weren’t as restrictive back then; we had no fixed circuit, no fixed roster, we just pulled good guys in as required to field a team in whichever race. It was good to begin with but then the UCi demanded fixed roster teams and the payment of start money began to dry up. It all became very time consuming for me putting it together, I was on part-time money for a full time commitment but it was great fun while it lasted. 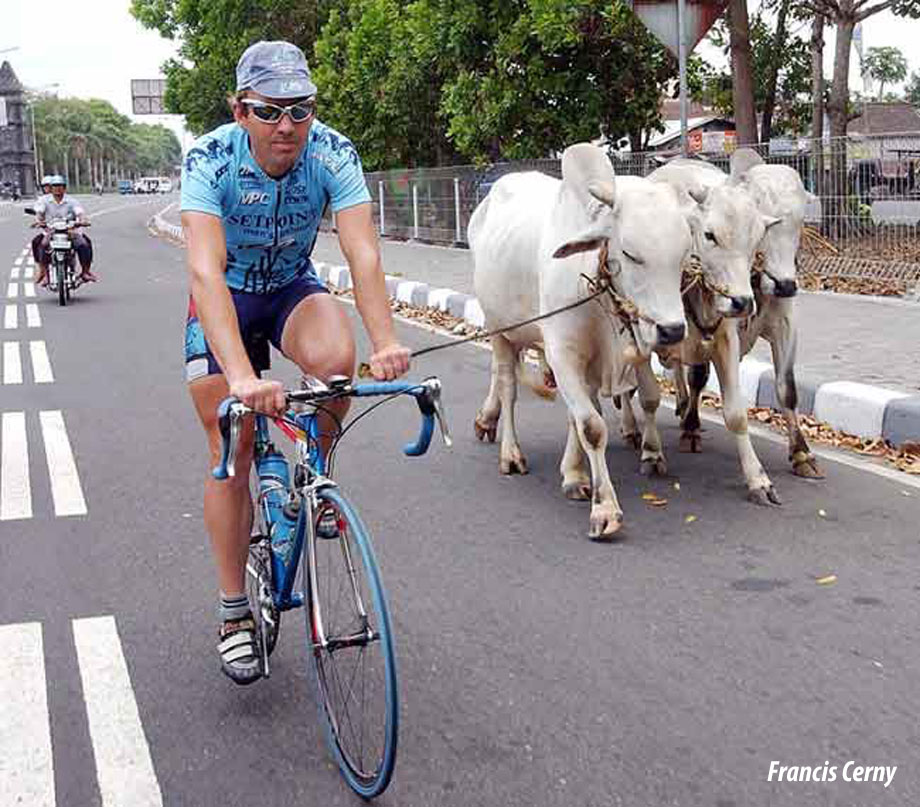 The major of the village Renga Deng thought it was such an honour to have the leader of the Tour d’Indonesia in his city that he decided to give him some holy cows. Here you see Nathan with the 3 cows he won on the way back to the hotel. There are rumours that the team enjoyed a few pounds of steak for dinner

PEZ: How about third on a stage of the ‘Himalaya Mountain Bike Race?’
There was a terrible earthquake in 2005 which affected Kashmir, Pakistan and India, more than 80,000 people died. My friend in Pakistan, Khurram Khan decided he wanted to help by setting up a school for survivors’ children so he organised three mountain bike races and a road race in Islamabad, there was no prize money with all the race sponsorship money from places like the State Oil Company going towards building a school. Each year he raises money to add another class to the school; he’s thinking about organising another race to raise more funds. 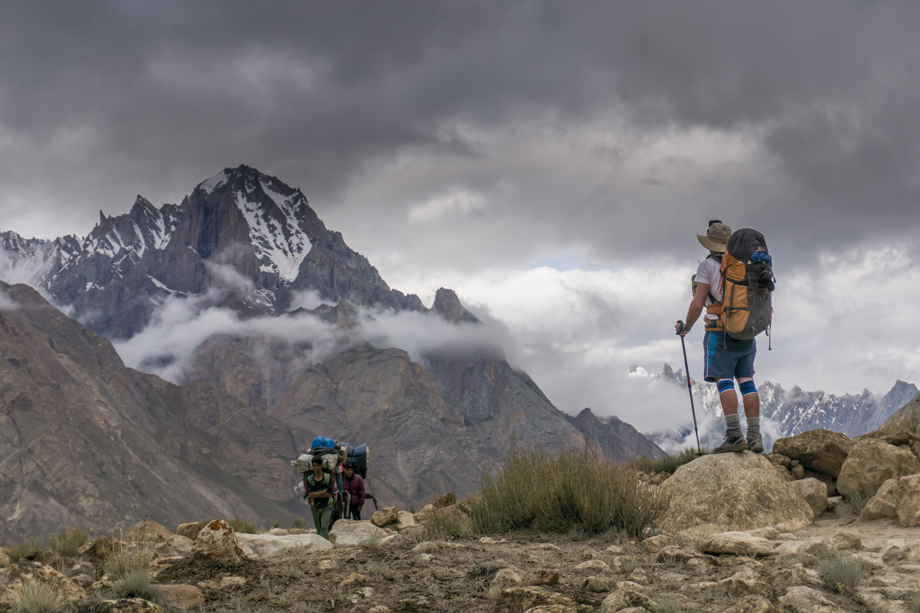 PEZ: And you’ve become involved in mountaineering in recent years?
I’ve always like exploring, as with cycling, the mountains have huge history, going back many years with all the famous mountaineers and explorers. But not just the actual mountains, there’s the geology and the people who inhabit them. I have a great interest in the Balti People who are an ethnic group of Tibetan descent who live in the Gilgit-Baltistan region of Pakistan and the Kargil region of India. I decided to make a film about them – but first had to learn how to do that – and that’s what I’m doing just now. 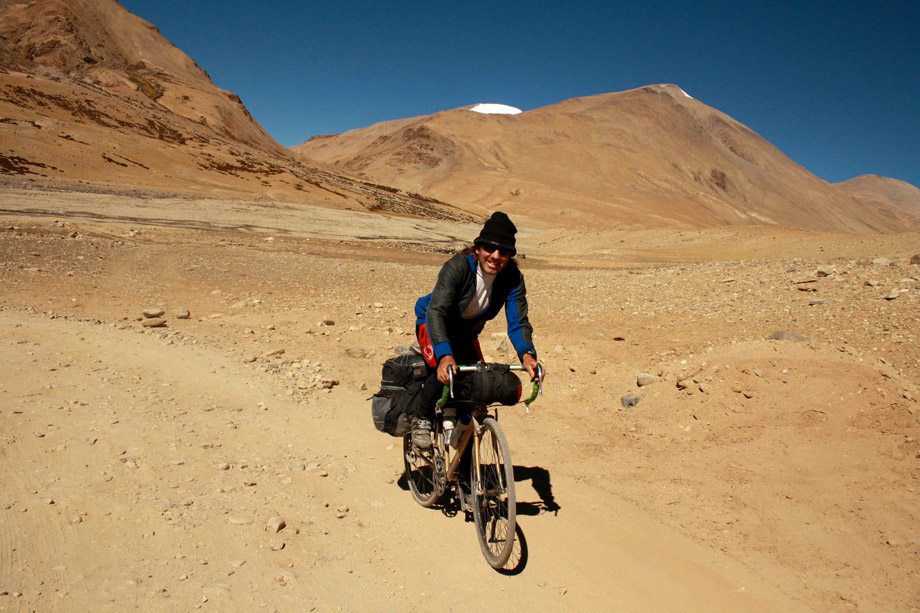 PEZ: Looking back, things you would do differently?
Anyone can look back and say; ‘I wish I had done such and such differently,’ even Eddy Merckx might say; ‘I wish I had gone with that move that day, I could have won.’ Some good comes from everything, I knew I would never be a big champion but the way I look at my life is as a series of apprenticeships; from junior to amateur to professional to setting up Marco Polo and where I am now using the bike to explore. Some of the memories I have from cycling are priceless, how can you put a price on staying in an ancient castle on the top of a hill in Italy? 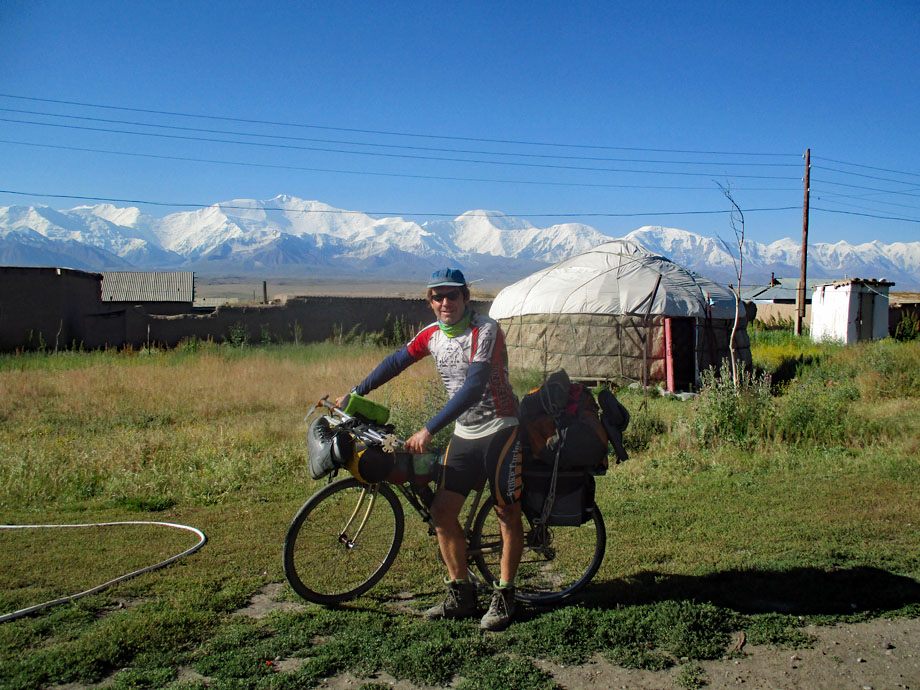 # Good to speak to a man who’s ‘bien sans sa peau,’ as our French friends might say, with no regrets, with thanks to Nathan for his time. #

Lockdown Update Week #7 – Switch It Up