Robbie Squire is another young man who’s successfully made the jump from single track to tarmac; in 2010 he was on the podium at the U23 Pan Am X country MTB Champs and within a year was US U23 Road Race Champion.

That 2011 season also saw him take two top stage five placings in the highly rated U23 Valle d’Aosta stage race in Italy whilst with the Chipotle Development team. Still with Chipotle in 2013 there was a top 10 on GC in the Ronde de l’Isard d’Ariege stage race in France. Since then it’s been a roller coaster for the man from Salt Lake City with health issues to overcome and rides for two different teams in Italy during 2013. Season 2014 saw him ride a solid season with Jamis-Hagen Berman; but for 2015 he goes to a strong Hincapie Racing Team. He took time to chat to PEZ just before the Hincapie announcement was made:

PEZ: You had artery problems a year or two ago Robbie, are those completely behind you, now?
I had a problem named Iliac Artery Endofibrosis. It caused the main blood pathway to my leg to constrict when it should have been dilated. It severely disrupted my life in 2012. I went from a Pro deal with everything in the world to a serious surgery with my cycling future in question. Thankfully, the surgery was 100% success and I have set new personal power records since the operation in late 2012. I am very fortunate to be able to ride and live the way I do after that diagnosis and continue racing at a professional level. 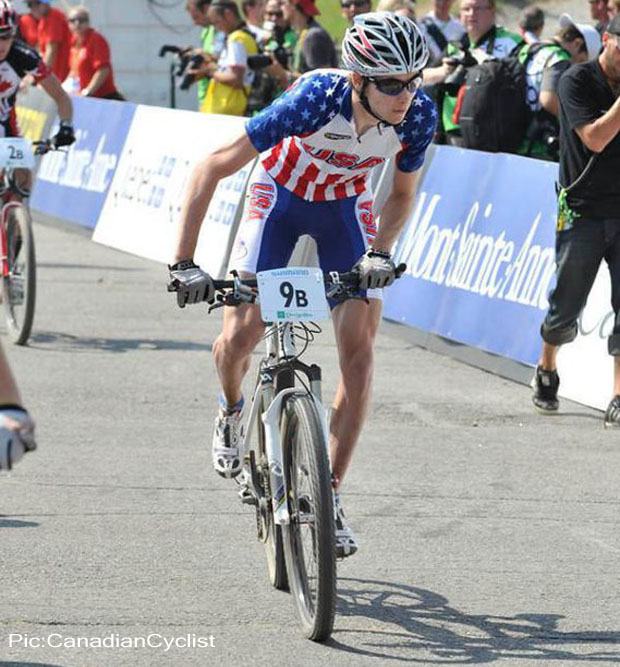 In the US team for the World’s relay

PEZ: Why go from MTB to road?
Growing up I always had a mountain bike and got into the competitive side of cycling through the numerous races around my hometown of Salt Lake City. After some success at the local level, Team Devo picked me up and helped me race the national series as a last year Junior. My results on the national circuit afforded me the opportunity to join the USA National Mountain Bike Team in my second year racing and first year U23. The USA Cycling National Team opened doors I never thought possible and really jump started my career as a cyclist. In my second year racing bikes, I was lining up in Historic World Cups venues like Houffalize, Belgium, and Offenburg, Germany, all of a sudden I was part of this professional world that I had only read about in magazines.

During my time with the USA MTB team I was placed on a few road rosters for training in between mountain bike races where I got my first taste of the Road. The following year my Mountain bike situation started to deteriorate. The National Team still provided incredible support but no longer had a set roster, so I needed to find a trade team. That year I ended up spending a lot out of pocket to get to the non-USAC supported races and it started to sting. At the end of 2012 I received an offer from the Garmin Devo team and it was an easy decision. I love cycling in all forms and I am going to do it in any discipline that allows me to keep going.

PEZ: You adapted quickly – a Pan Am MTB medal in 2010 and US U23 Road Race Champion in 2011…
It was an easy transition for me. Despite being a Mountain Bike racer I spent a lot of time training on the road and was given even more opportunities to race with the Road National team in 2010 which really set me for seamless transfer. In 2011 I was also third at the U23 Mountain bike championships, which was a little disappointing because I wanted to prove that I still had the mountain side in me but, oh well… 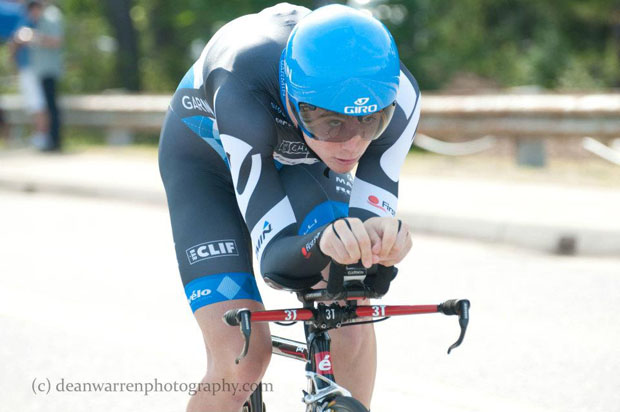 PEZ: Ceramica Flaminia in 2013 – sounds interesting!
‘Interesting’ is a tame way of putting it. My time spent living in Italy with the Ceramica Flaminia team provided me with many stories that I will tell for the rest of my life. I had been living in Tuscany with the US National team for the better part of the previous two years but it was easy because I was surrounded by friends and the incredible support network that is USAC. When I went to Italy, I jumped straight into the deep end of life outside the USA. I had a rudimentary understanding of Italian and not enough clothing for the Italian winter. All of a sudden cycling was a serious job with no room for error. The first few months were tough; getting to know the team, the area, what was expected of me, etc. After a while I made it work and during some harder times was rescued by my Agent Joao Correia who looked out for me like I was family. 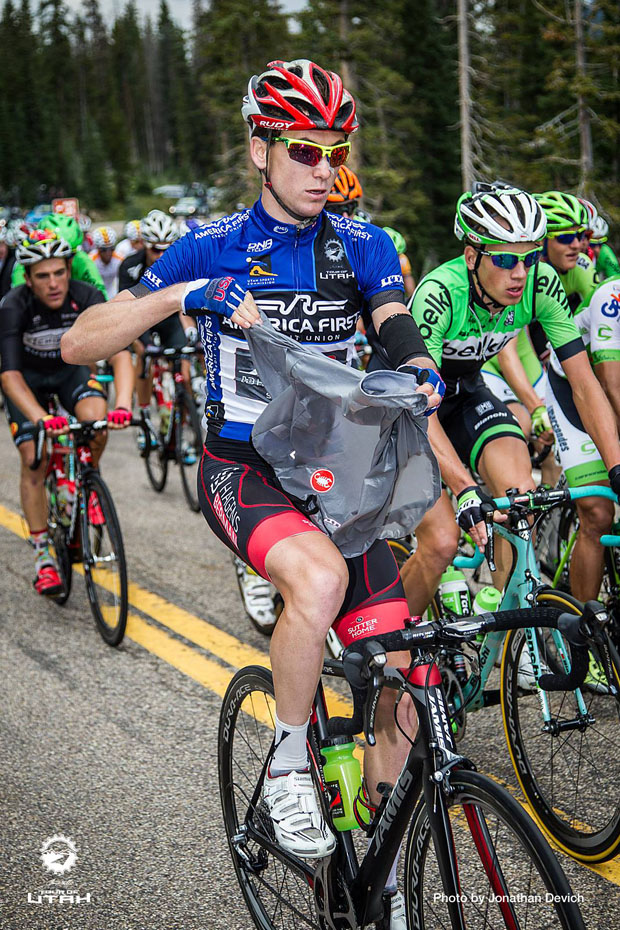 PEZ: Then Amore & Vita the same season.
The switch to Amore e Vita came when the race schedule for Flaminia didn’t pan out due to some changes in the Italian race calendar. A friend of mine was the director and when things were going south with Flaminia scooped me up and gave me some better race opportunities.

PEZ: You rode some pretty heavy duty races in Italia…
Yeah, I was out there swinging with the big hitters of the World Tour. It felt natural and I was happy to be toeing the line with the calibre of riders I felt I should be with. The races didn’t go as well as I would have hoped but it was a great place to start. 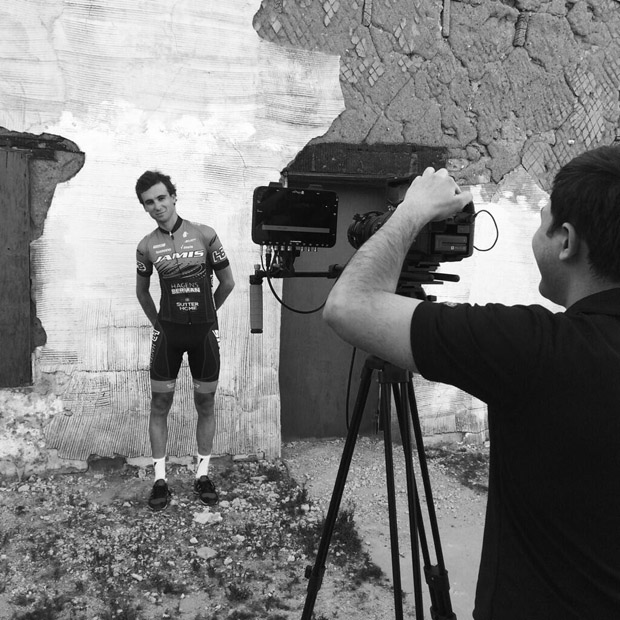 PEZ: You started early in 2014 – San Luis and a top 20; what’s the race like?
San Luis was a great race and a fantastic way to open the season. After my Artery surgery and then a bad crash in 2013 I had a lot to prove and San Luis was an avenue to let it out. I was able to help JJ Haedo and the team in the sprint stages and go for it on the climbs where I showed what I am capable of. I hope to go back!

PEZ: Top six in the Vuelta Mexico – were you careful about what you ate?
I have raced in Latin America enough to know the way things work down there and what to avoid. I love racing down there because the fans are passionate and crazy. Thousands of people came out for the races and were some of the loudest I’ve heard. Bike races in general are not for the faint of heart no matter where they are but the Vuelta Mexico takes it up a notch. You have to be aware of everything at all times, on and off the bike. The roads, cars, spectators, animals, just everything has the potential to change your race and if you aren’t ready for that you are in for a rough ride. There are a lot of horror stories that came out of this years race but I came away with nothing but smiles for the race. I loved it, it is another one I hope to return to and try to move up a few spots in the results.

PEZ: Whilst others complained about the heat in the Tour of California, you reveled in it…
I am a big fan of the heat. That is a bit strange considering I grew up an avid skier in Utah but, ‘the hotter the better.’ 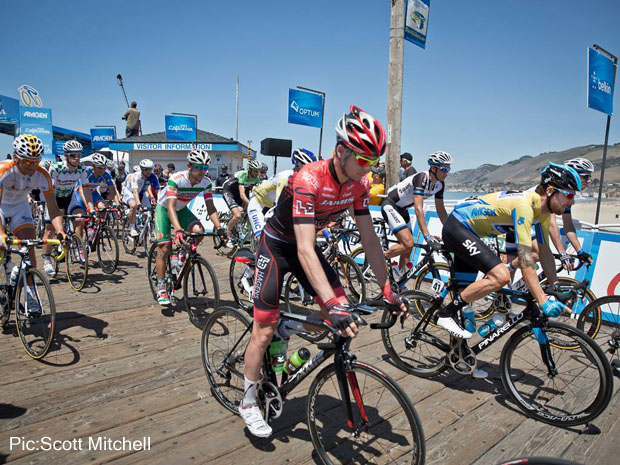 PEZ: Utah, you almost cracked the top 20…
Honestly, I was a bit disappointed with my performance at Tour of Utah. It was my home race and I had very high expectations of myself. Looking back and the mess I dealt with the preceding couple of years I am satisfied with my Tour and am even more eager to come back to Tour of Utah.

PEZ: What was your 2014 season hi-lite?
The Hi-lite of 2014 was returning as a competitive athlete to a high level of the sport. I know that is a pretty weak hi-lite but after the previous years it was a big personal victory. I had two rough years and that placed serious doubt in my mind about my ability to compete. As an athlete, I can’t help but tie a bit of my self worth to my performance and I was at a low spot coming into 2014. The confidence that Team Jamis and my teammates put into me at races and the results I gave myself were enough to re confirm that I belong in this sport and want to pursue it. 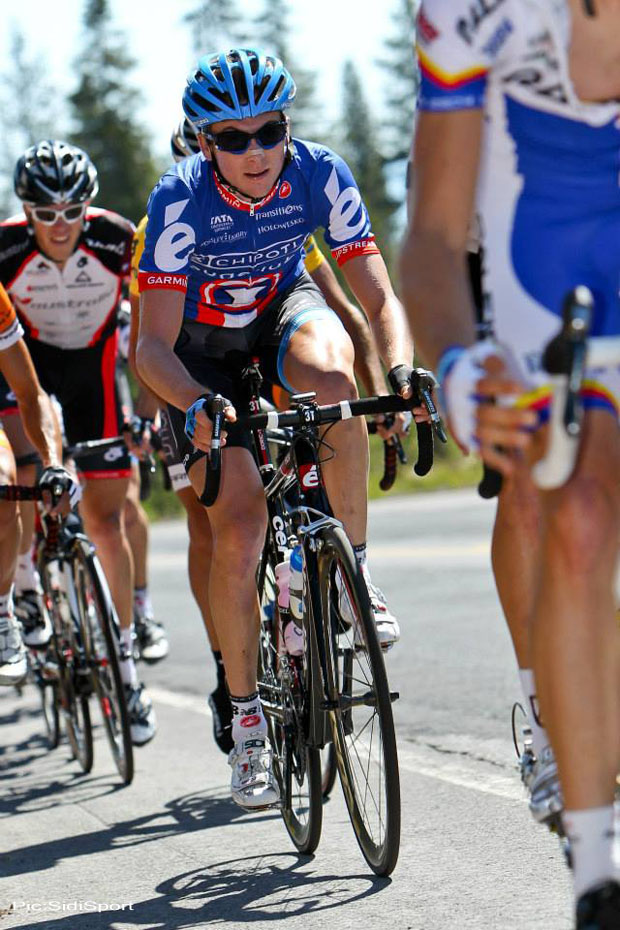 PEZ: What was it like riding alongside JJ Haedo – was he a good mentor?
JJ is a legend of the sport and always will be. The way he was able to read a race and offer advice was unique and I value it highly.

PEZ: Are you still with Jamis-Hagens Berman for 2015 – and what are your goals for the year?
I am transferring to another US based Continental team for 2015. (confirmed this week as Hincapie Racing, ed.). I am sad to leave Jamis-Hagens Berman and will look back on it with fond memories but now I’m focused on the future with my new squad. Next year I would like to follow through with the potential I showed in 2014’s big tours. I want to get on the podium of a stage at one of the big three tours in the US. 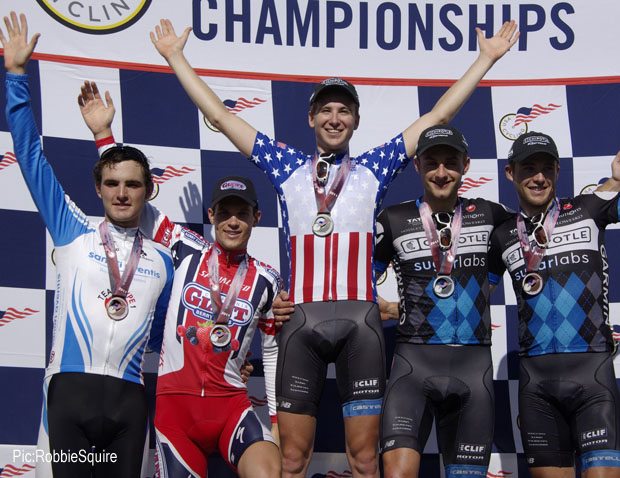 Santos Tour Down Under Kicks Off Universal Sports’ 2015 Cycling Series