Glen Chadwick had a banner year in 2008 with quite a quiver of top placings and victories. For 2009, he moved across from Team Type 1 to the (in)famous Rock Racing squad. Chadwick takes a look back at the Tour of California that was and what’s still to come!

PEZ: What was the feeling in the team going into the Tour of California?
GC: We had great preparation leading into the Tour, an awesome camp down at Westlake Village and some good team bonding sessions which is always a good thing! Mate, this team Rocks!

PEZ: You replaced Aaron Kemps in the race due to his hernia operation, how much notice did you get before the race?
GC: Well as far as I knew, I was told I was doing California at the end of December. The list was only a provisional one so I never worried about it and trained as if I was riding all along. I got asked this heaps and i just told everyone: “ya can’t believe everything ya read on the net”. 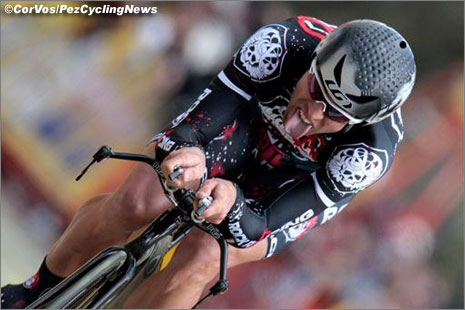 PEZ: Did you feel 100% prepared to race California?
GC: It’s always going to be tough to be fully prepped for a 9 day stage race in February with such tough stages and conditions so I think I was prepared enough. Peaking in February wasn’t high on my list but making sure I could be competitive was.

PEZ: What was it like going into a race with the caliber of rider like Tyler Hamilton, Victor Hugo Pena, Oscar Sevilla and Mancebo?
GC: It was awesome to be lining up with these guys for sure, loads of experience and all great guys! I’ve watched them a lot on the tube when I was living in Europe so to be in the same team now as them is perfect. 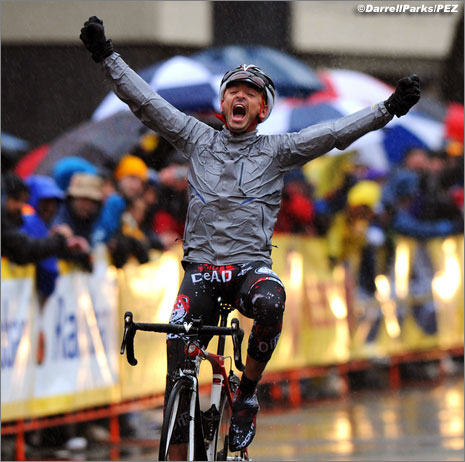 PEZ: What was the feeling like in the team with the early successes?
GC: Its the perfect start to what we all feel will be a great season! Morale was high before the win (except for the cold damp weather!). We had the dream start that any team would have wanted. 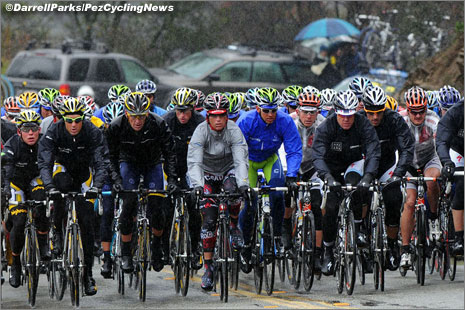 PEZ: How tough was it racing in the wet conditions early on in the race?
GC: I’ve ridden in worse and it wasn’t unexpected that’s for sure. You just have to deal with it as best you can. Everyone has to race in it so I guess it’s the mentally tougher guys that prevail! 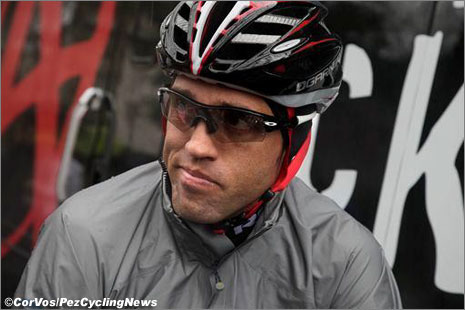 PEZ: Were you surprised by the crowds at the event?
GC: This was my 3rd run at ToC so I expected the crowds to be bigger than previous editions! It was a chance to watch 4 of America’s greatest stage racers race, Tyler, Levi, Lance and Floyd. I was pretty happy to be able to be part of this one myself!

PEZ: California is such a big race early in the season. Is this one of the big races in 2009 for Rock and how did it prepare for the race?
GC: This was basically our “Tour de France” as it was for a lot of Continental US teams, but more so for us as we are based out of California and had a lot of fans and support crew here from both Rock Racing and Rock & Republic. 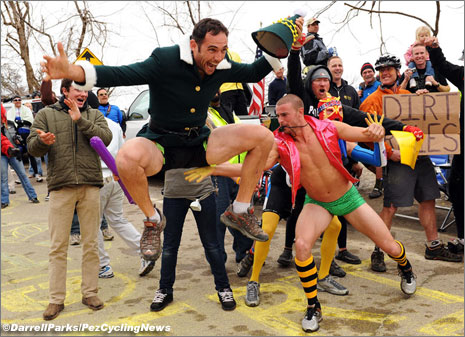 PEZ: What was it like climbing through the crowds? What was the weirdest thing you saw?
GC: The crowds on some of these climbs this year were a rival to Euro standards! Palomar was phenomenal!!! It’s a real buzz with the closeness and roar of the crowds. But also a little daunting with the little room we’re given at points. I saw some close calls and some frustrated cyclists pushing the running fans out of the way. We’re just like the Pamplona bulls’ people; get too close and we feel threatened!

Those filthy Mankinis will always take the cake! Curse you Borat!

PEZ: Any events in the peloton during the race that stick out in your mind?
GC: I was right next to Kirchen when he put his vest in his front wheel. I watched that crash unfold right before my eyes! Is he going to save it or isn’t he? Yep, he isn’t. Oh and Lance called me homeboy. Ha ha ha 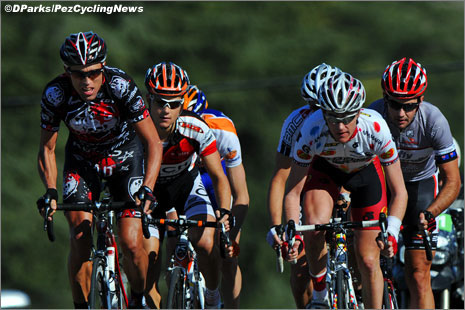 PEZ: Did Mancebo’s crash bring the team down a bit or did it galvanize the troops?
GC: It definitely was a bugger that he went down. We were all happy to see him that night in one piece (more or less). But I think it just made us all want to get out there and rip it up even more! “Never Give Up! Never Surrender”

PEZ: From a fashion point of view, does it feel good wearing the style of Rock because the jerseys look great?
GC: It’s pretty sweet rolling around in the Rock Racing gear and the Rock & Republic clothes. Nothing like looking the part! Makes us stand out a lot and that’s what gives us the edge on the other teams sponsors! 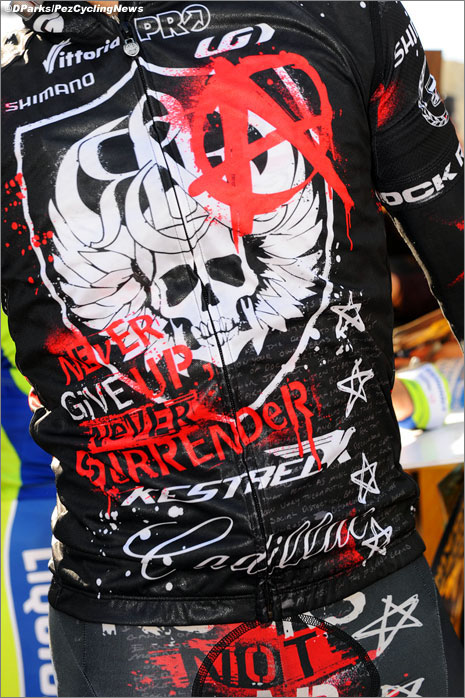 PEZ: What was the story with the spray paint on the bikes? Did you have a hand in the design?
GC: The plan was to Graffiti the bikes up to match the kit. Give them a real raw look but time was of the essence and they only managed to get a few done.

PEZ: What were the long transfers like on the team during the ToC?
GC: Two words: “Not rated” 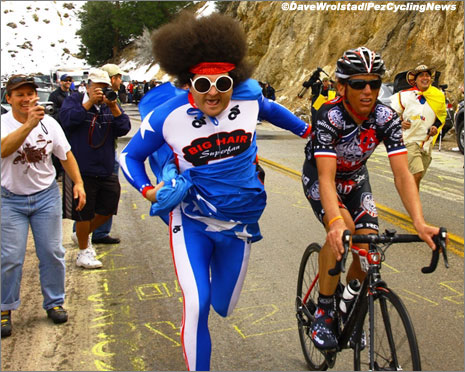 PEZ: How did Oscar, Tyler and Hugo pull up from the climbs and the event overall?
GC: Oscar was pretty aggressive on the climbs this Tour but the peloton kept him on a tight leash. Give Oscar an inch and he’ll take a mile! Tyler was rolling really well on the climbs till a stomach bug slowed him down on the final two stages. Once Paco crashed out Tyler was on 8 points behind Jason McCartney in the competition and really wanted to try and get the jersey back for the team but had no power from his illness. We lost Victor after stage 3 to a bad knee. That sucked as he got through the 3 wet and cold stages only to pull out on the first fine day. He was in a lot of pain. Would have been sweet to have him there on Palomar.

Eroica’09: Maaskant And Lloyd Take Us Inside!