Olympian Interview: There is a bit of a theme forming with the LA Olympics and ‘Super Bikes’ here on PEZ. Next up is the man himself, Rory O’Reilly. He was the rider who threw a leg over that famous bike, but as Ed Hood finds out, there is much more to him and his career. 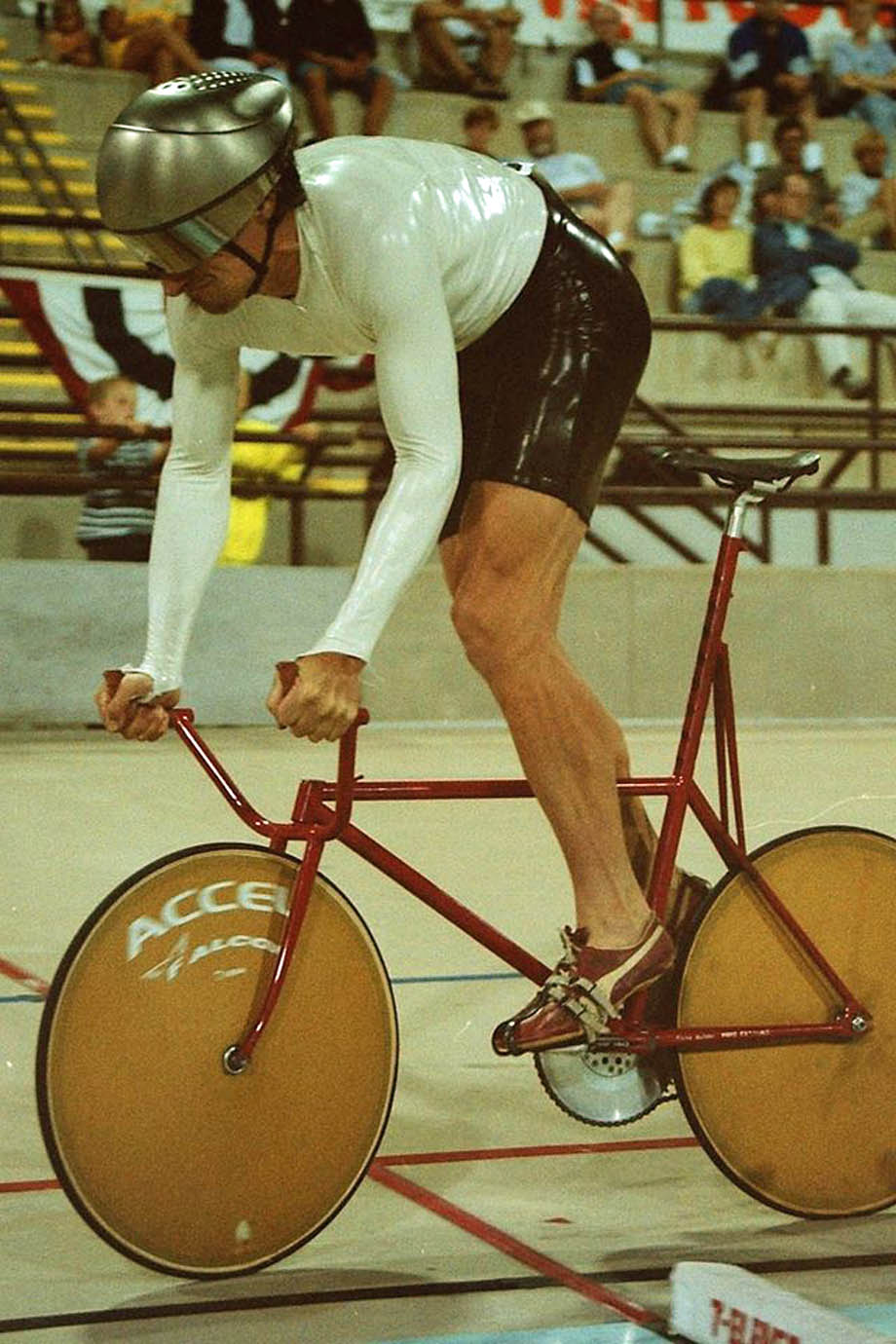 Recently we caught up with Brent Emery, who rode one of the US team’s Raleigh ‘Super Bikes’ to ’84 Olympic silver; so it was only fair we caught up the man who rode the wildest bike which appeared at those Games; Rory O’Reilly rode his 22.5” wheeled kilometre bike complete with huge perforated seat mast to seventh spot in the competition with a 1:07:39 ride to winner, the late Fredy Schmidtke’s 1:06:44.

But there’s a lot more to the man than one ride; like a spell with ACBB in France, the number one amateur club in the world, ‘back in the day,’ a Pan Am Championship and a world record. 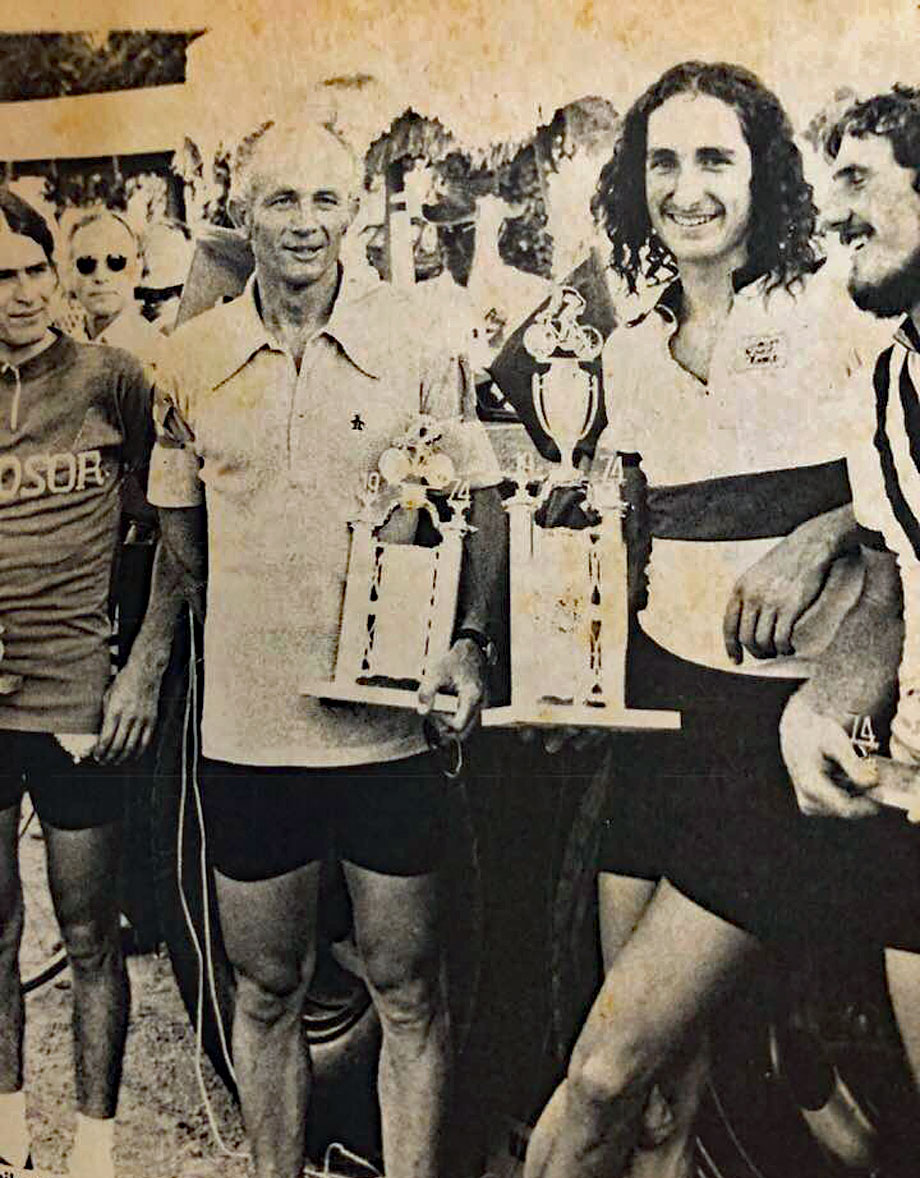 PEZ: How did you get into cycling, Rory?
Rory O’Reilly: It would be 1970/71 and my brother and I got bikes, there was a little bit of a ‘wave’ of cycling sweeping across the state and we got caught up in it, doing longer and longer rides. One time we did a 200 mile run, sleeping bags under the saddle – we were running tubular tyres but didn’t have spares, we just took a tubular repair kit with us. We heard this guy was having a meeting to set up a cycling club and he was on about; ‘then we’ll get up to 25 mph. . . I was thinking; ‘what the hell? I can’t do 25 mph on my Schwinn Varsity, Dude!’ Then we met Mike Celmins and he told us about a local group ride which we started to go out on, it took me 10 or 12 months to be able to keep up – I got dropped every ride – but when I did I was so elated. When I started racing junior it seemed easy after those group rides. 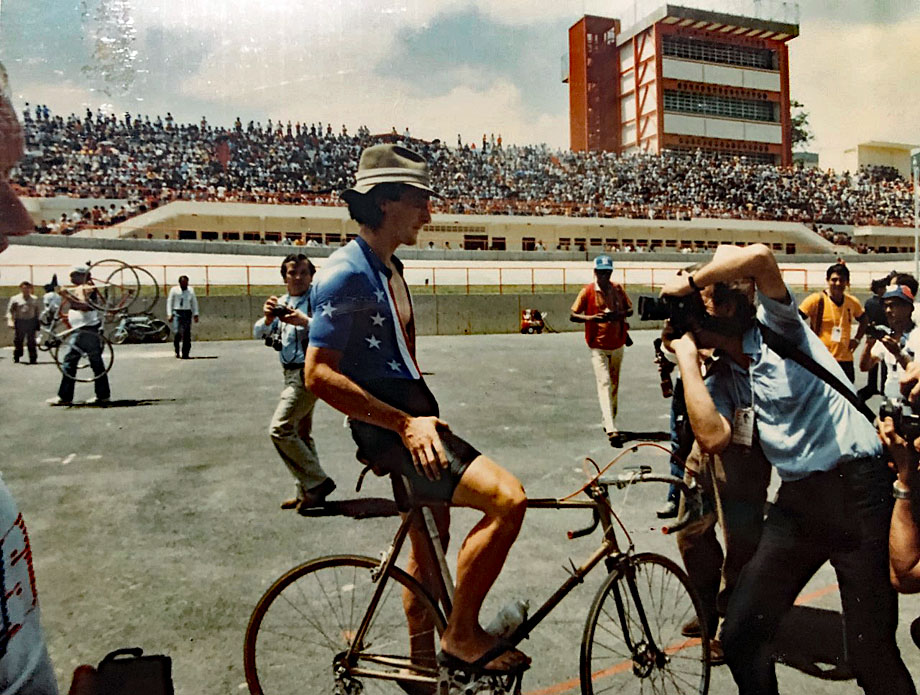 PEZ: You were a road rider originally, why transition to the track?
I did a bit of track early in my career but I wasn’t wild about it – I was a bit nervous.
I got some decent results on the road and made the National ‘B’ squad – my dream was to turn professional. I got fixed up with a ride with the ACBB amateur team in Paris, Jock Boyer was there too but I struggled with the cold weather in France. They’d put me in ‘B’ races, it wasn’t down to you when and where you raced, that was down to the club. A guy told me that I should try Belgium, there were four or five races every day, you could race where and when you wanted. The next year I went to Gent but got sick with a ‘strep’ throat and I couldn’t get anyone to give me antibiotics. 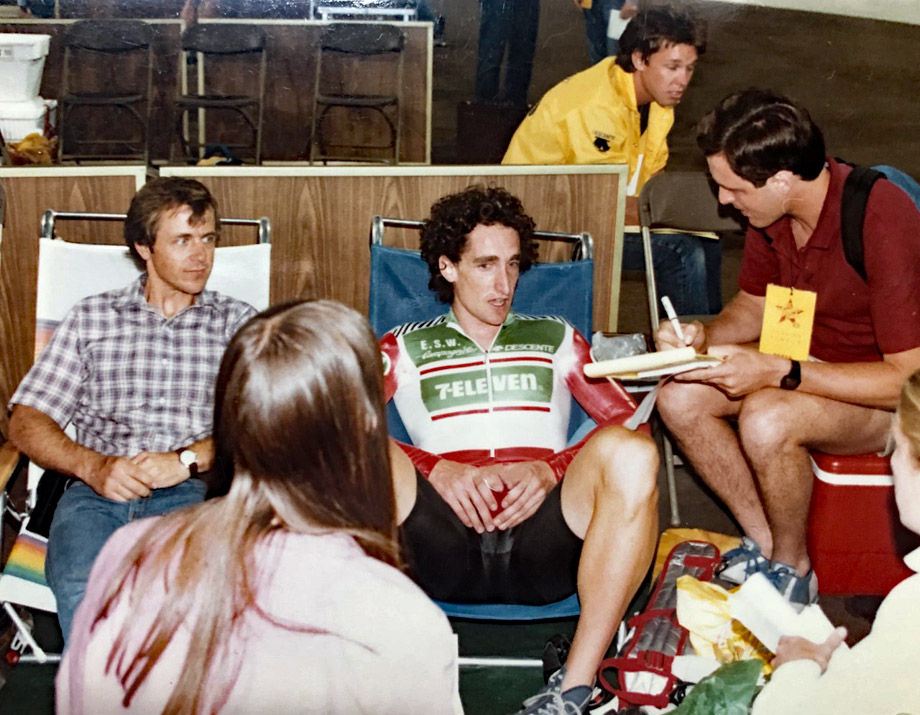 To cut a long story short, I got a ferry to England then over to Ireland, where we had family friends and got the antibiotics which cleared-up my ‘strep.’ I realised the continent wasn’t the life for me and went back to the States. I looked around and wondered what else I could get into – I tried to make the US 100 kilometre TTT squad but my physiology was that of a sprinter. I had a job in finishing carpentry by then but still liked to race so the track was a good option with needing less time to train. I rode the kilometre Nationals and got killed – mid-field. I thought to myself; ‘I need to do something about this’ so I measured out a kilometre on a stretch of straight, flat road to train on. I looked at it and thought; ‘Damn! A kilometer is a long way, I can’t even see the end of it!’ it transpired I’d been doing 400/500 metres in training. Then I thought to myself; ‘why am I riding these little gears on the track, I used to sprint on big gears on the road?’ With that in mind I began to ride a 108” gear, which I later refined to 104” and began to lift weights to give me the strength to get the big gear off the line. 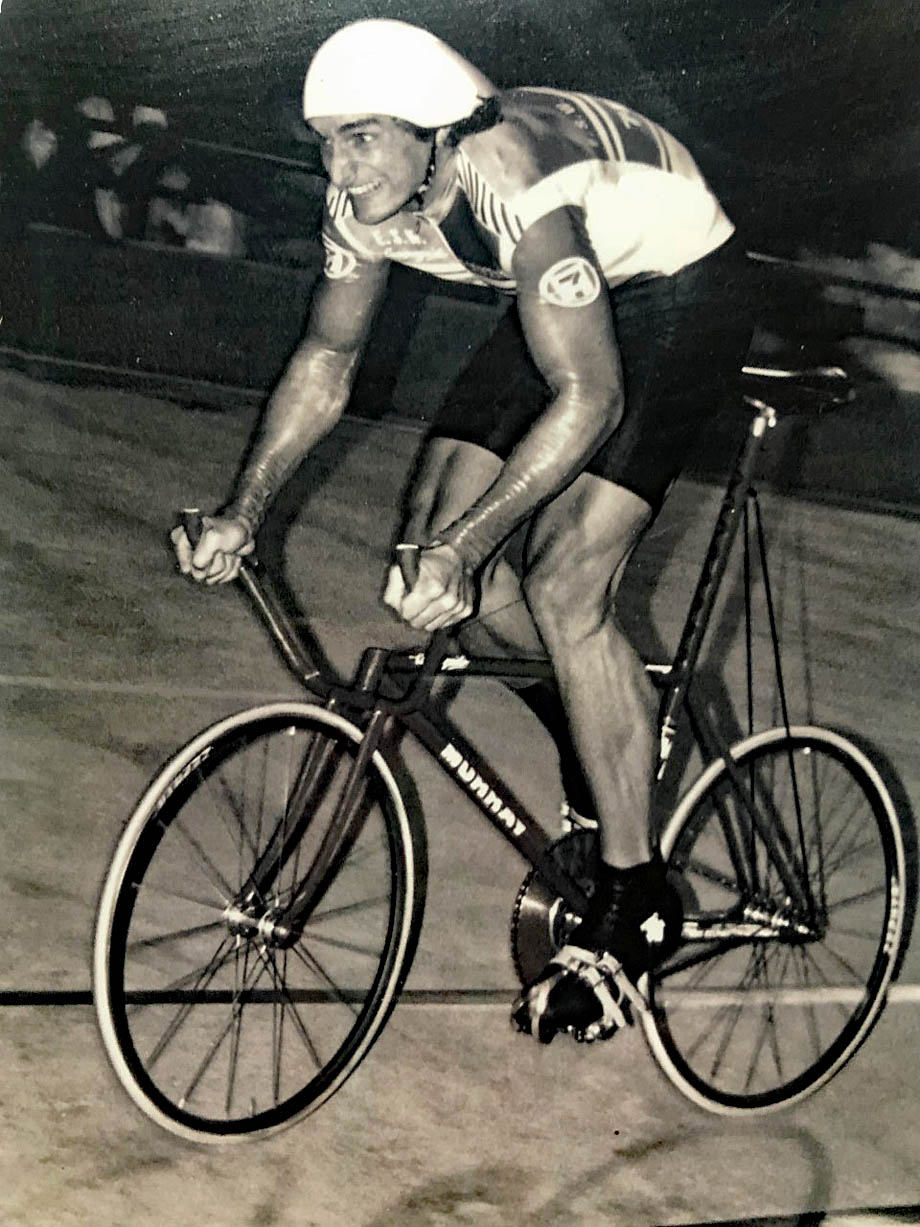 PEZ: And by the US Olympic Trials in ’84 you’d ridden a US record 1:03 – with a Pan Am kilometre title en route in ’83 – which was rapid back then.
That was one of the fastest in the world, the East German, Maic Malchow [Malchow went on to win the senior Worlds kilometre in 1986, ed.] had done a 1:02 in Mexico in the Junior Worlds but that time I did was right up there. The thing with the kilometre though is that aren’t that many competitions. . . 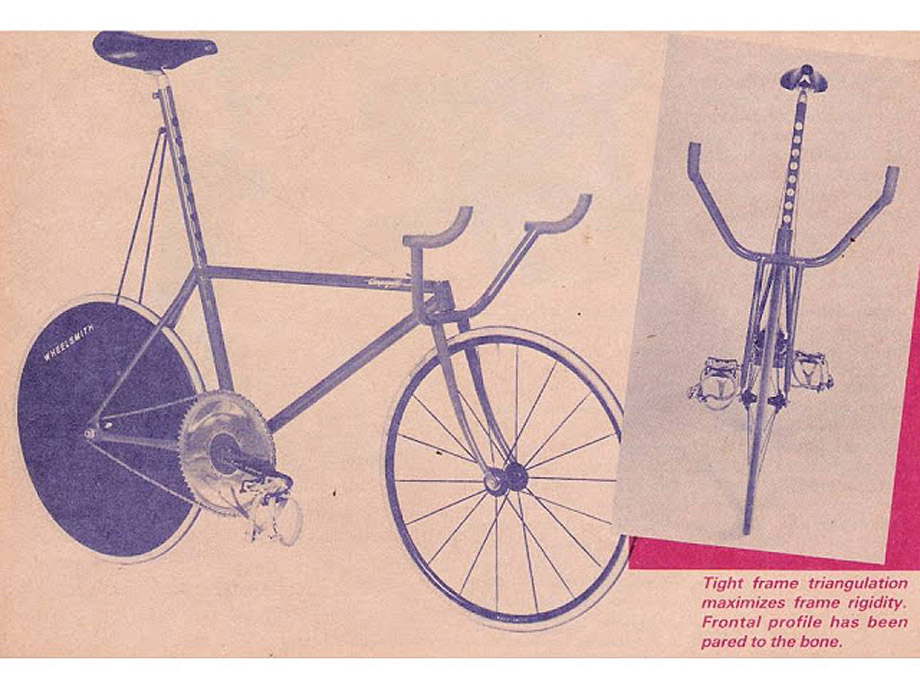 PEZ: What about THAT bike?
I’d built a bike for myself with the bars coming off the fork crown which I rode at the Nationals in ’82 but mentally had a problem with the fact that you were pulling up on the crown and might lift the front end of the bike. I ended up cutting it off and riding a conventional stem and bars. But Mike Celmins approached me and said; ‘I’ll build you a bike if you want?’ and that was the LA machine. My strong points were my start and top end speed; despite the small wheels giving the tyre a bigger contact patch they accelerate quicker and the tight compact main triangle made it very stiff – the idea was to present as little as possible to the wind. Initially we didn’t have the braces on the extended seat mast but there was a lot of flex so Mike, whose background was in aircraft added the bi-plane braces. We got to thinking; ‘how can we go faster?’ and wondered what would happen if we perforated the seat mast?

We did a very inexpensive aero test; we took a normal tube and one which was drilled out in my car with my wife driving and I held them out of the window in turn at 35 mph, the difference was huge, the perforated one offered just so much less resistance. All of those holes were lined inside, not just holes drilled in the tube. 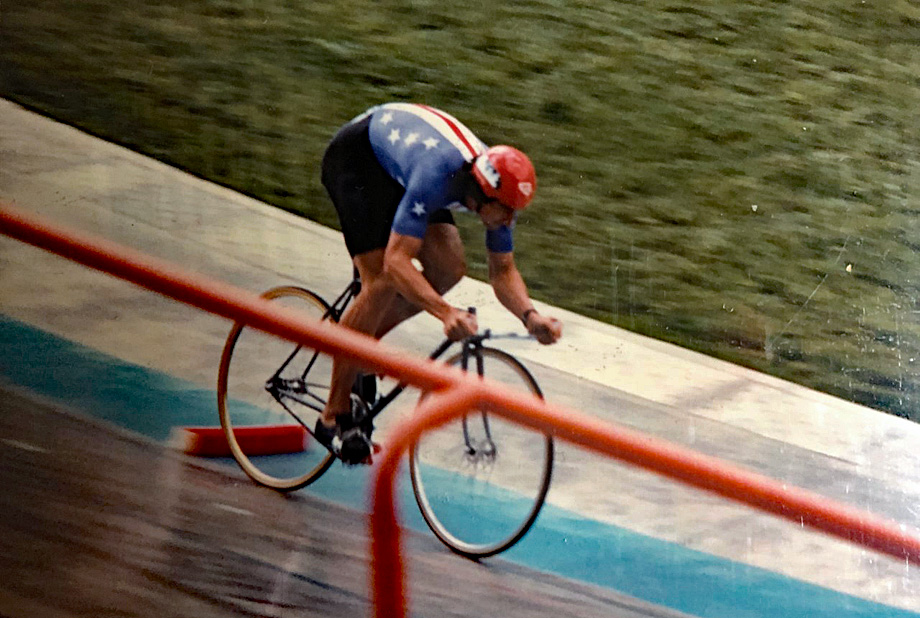 PEZ: LA ’84 Olympic kilometre, you were favourite but the ride didn’t go the way it should have?
There were a number of factors; firstly, I was over-trained, when I did the 1:03 at the trials I was on the razor’s edge of peak form, I could only go down. I should have rested but kept training; that was when I missed having an external coach to tell me to back off. Then there was the team aero helmet, which I had trialled in training but in training your efforts are never as fierce as they are in competition; it slid forward over my eyes and twice I took my hand off the bars to swipe it back. In the final turn I was riding blind and on exit from turn four was almost on the stayers line. My fault for not sticking with my tried and tested equipment. If, when I finished I had felt that I’d ‘left it all out there,’ then that would have been fair enough but I didn’t feel that way. The other things is that I was fast on a fast track but the LA velodrome wasn’t a fast track; my physiology meant that I always died so the quicker I could get it over with, the better. I think a medal was within my capabilities that day, maybe not gold but certainly a medal. 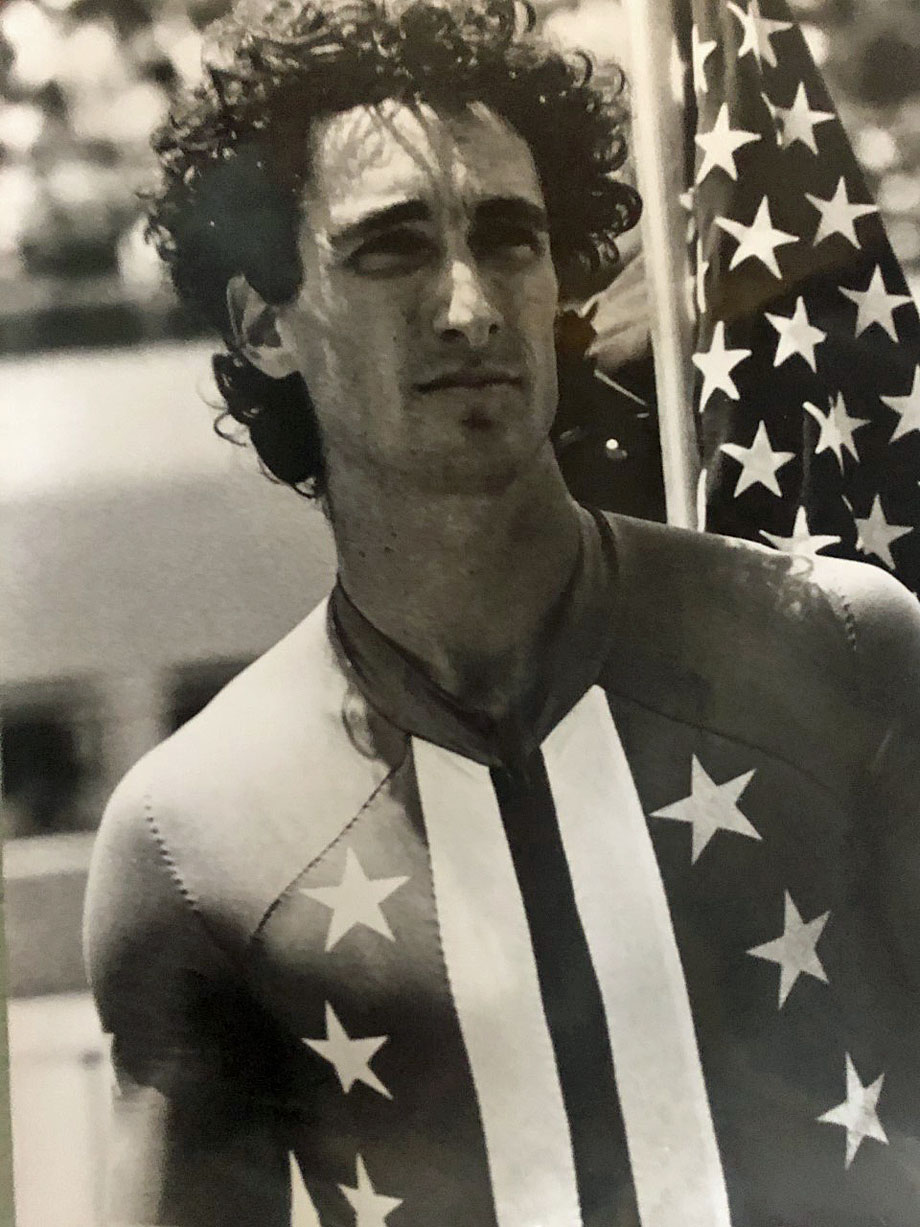 PEZ: Your double world record rides in ’85?
I was going to go for them at Colorado Springs but I couldn’t sort out the logistics so I went home – which is sea level – then to La Paz, Bolivia that’s at nearly 12,000’ and the difference is brutal. I thought about staying to fully acclimatise then I just decided to go after a day or two before my system began to close down with the altitude. The first day I went for the 500 metre flying start and took it with 26.993 seconds to Gordon Singleton’s existing 27.310. That took the pressure off me and the second day I went for the flying kilometre, taking it with 58.510 seconds to Shaun Wallace’s existing 59.509. The third day I went for the standing start kilometre and failed miserably; but my starts had been compromised by injuries I’d sustained in previous years to my back and groin. I recorded a 1:05, the most painful 1:05 of my life, I just sat there for 30 minutes, I was suffering from oxygen deprivation – I should have had oxygen on hand for my recovery. 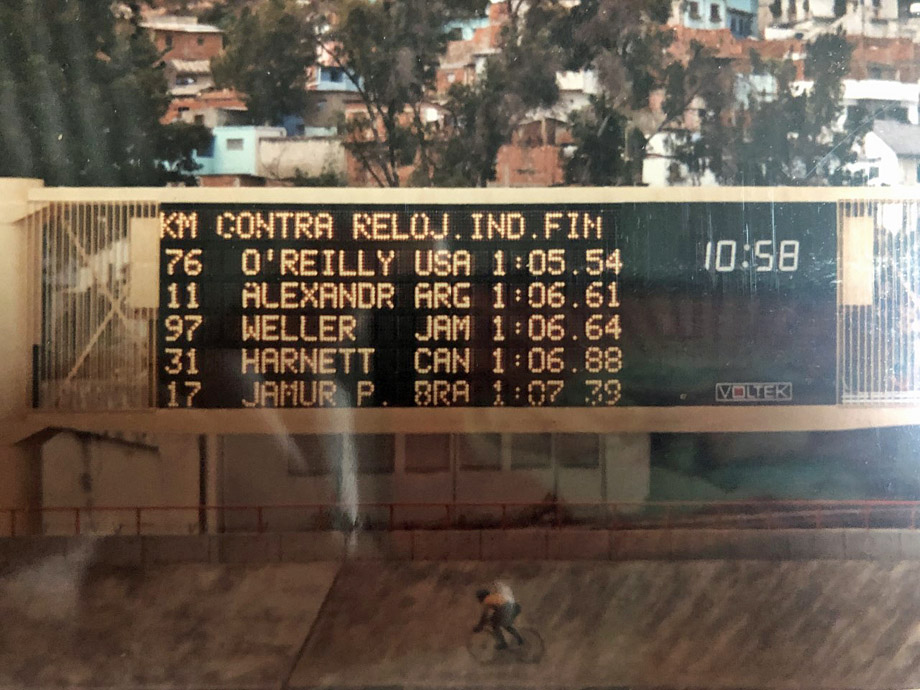 PEZ: When did your career end?
My last serious year was ‘88 I tried to make the Olympic team but was only second or third in the kilometre champs; my flying 200 metre times were good but I was no match sprinter. I started coaching with the Diamond back team and they had a good pursuiter on the team so I started racing the meets myself, with the Masters. To my surprise I got second in the kilometre but decided not to get serious about it again. 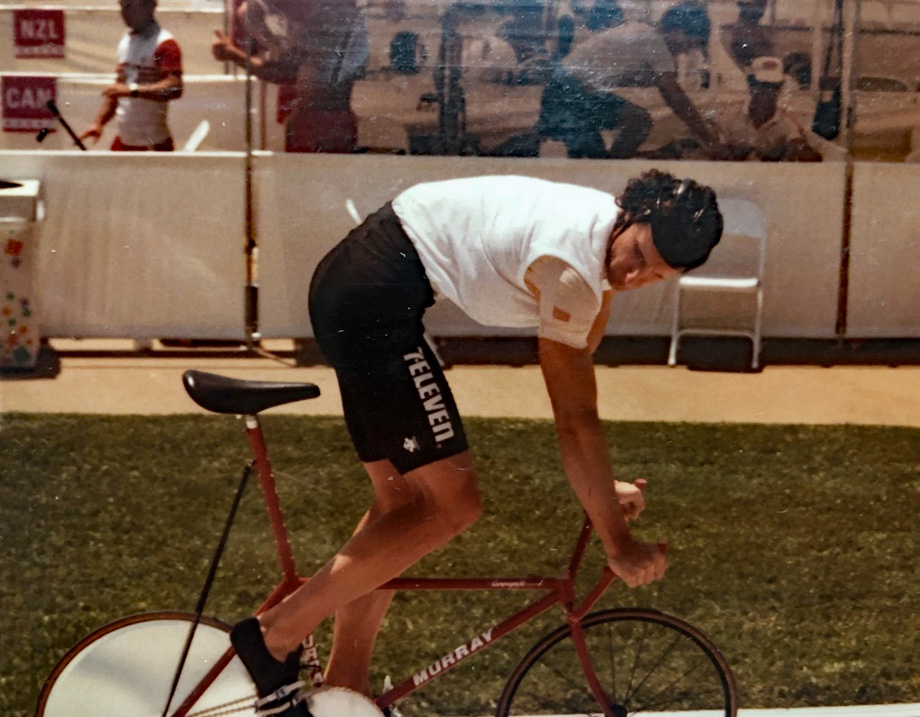 PEZ: Do you still coach in para-cycling?
When Sarah Hammer quit racing and moved into para-cycling coaching, she asked me if I’d like to get involved, I said; ‘sure !’ Right now I should be preparing for Tokyo but. . . 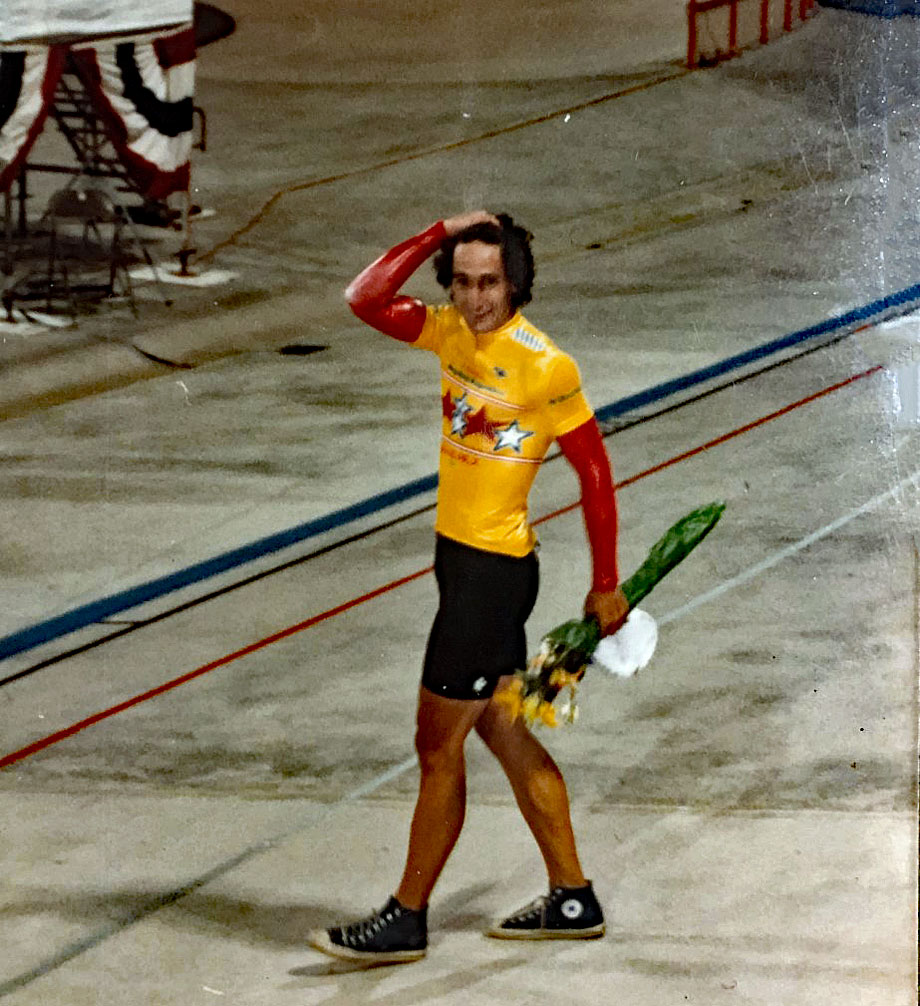 PEZ: Regrets/should have done differently?
Olympic year was the biggie and we’ve already discussed that; I’d actually planned to quit after LA but because it didn’t go to plan I carried on and got my world records in ’85, so. . .

# Thanks to Rory for his time and supplying the photos. # 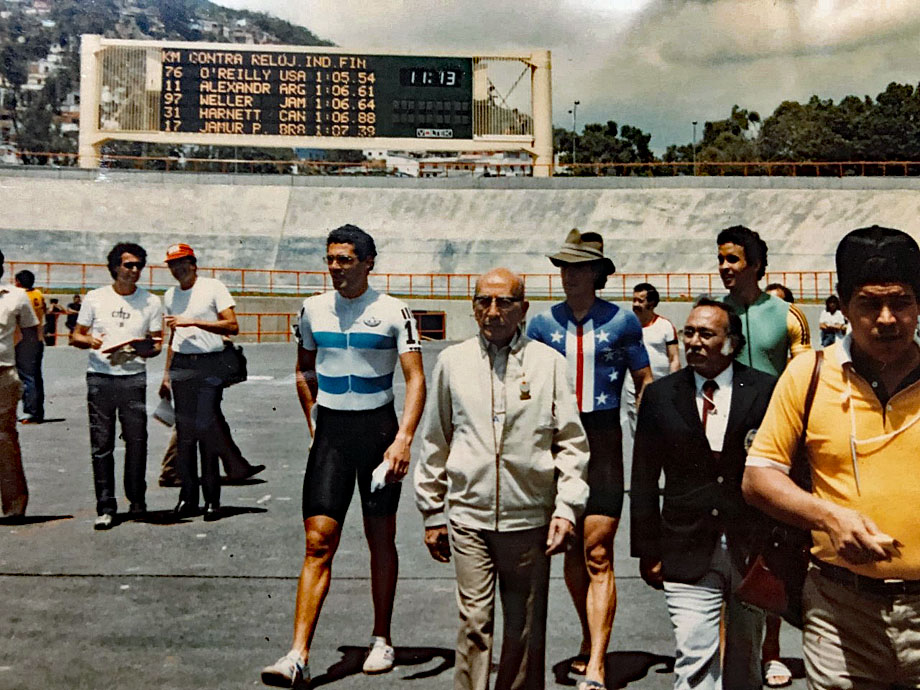