The last time I was in Siena was last October when we ambled through the old alleys, drank rich red wine in tiny, cozy bars and ate delicious pasta, overlooking the Campo. Rubens Bertogliati, Swiss former Tour de France yellow jersey was there yesterday, but he wasn’t drinking any red wine – he was riding the Eroica! He finished a very respectable 23rd after a tough day in the saddle – we spoke to him the morning after his epic.

PEZ: Was this your first Eroica, Rubens?
Rubens: No, I rode it last October, so it wasn’t new to me. 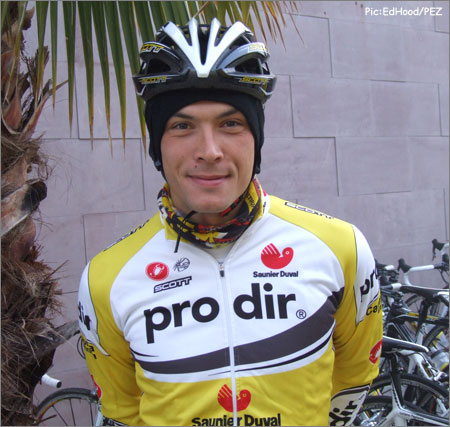 Your guide for the day: Rubens Bertogliati.

PEZ: Have you ridden Paris – Roubaix?
Rubens: Yes, four times, but I like the Eroica more because there are hills in the parcours, not just on the tarmac roads but on the sand roads too. 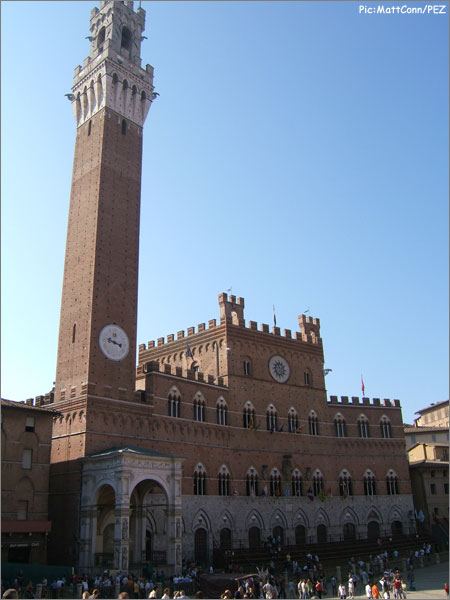 PEZ: Who was team leader for the day?
Rubens: There were three of us – me, Eros Capecchi and ‘Litu’ (Angel Gomez) who had the best form and were the protected riders on the day. 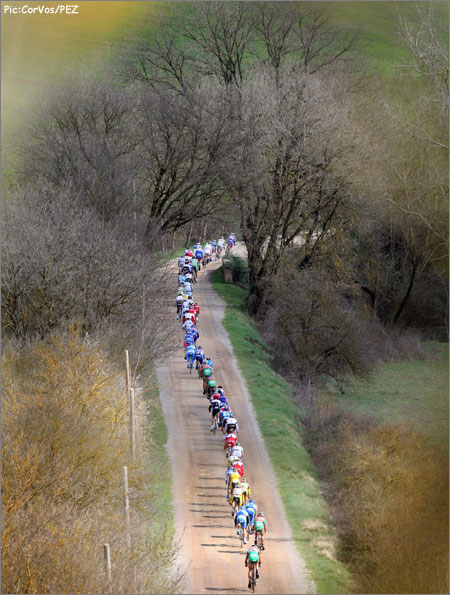 Oh that might be one of the best pictures of the year so far.

PEZ: What was the game plan?
Rubens: We decided to cover every break, right from the start.

We got Capecchi and Emanno Capelli in the big, early break and it looked as if that break could go all the way to the finish.

The LPR team chased very hard though, they were trying to get Daniele Pietropolli into a good position, but in the end he wasn’t strong enough and they set things up for Cancellara (winner, Fabian of CSC) and Ballan (second, Alessandro of Lampre). 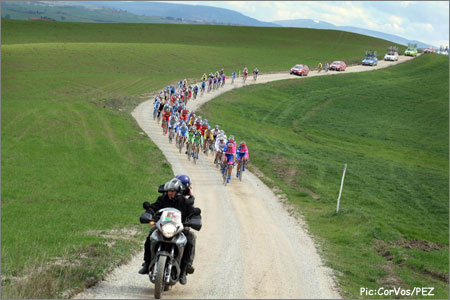 PEZ: What are the parcours like?
Rubens: Very hard, hilly, with steep ‘ramp’ climbs even on the sand roads, it’s more like the Tour of Flanders than Paris – Roubaix.

The sand roads aren’t like the pave, they are much smoother. 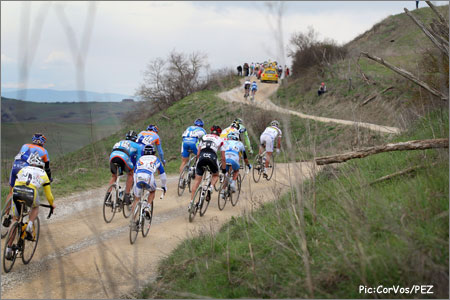 The tough day was even a bit too much for World Champ Paolo Bettini.

PEZ: How about tyres and equipment?
Rubens: We rode Hutchinson Paris – Roubaix 25mm section on my usual Scott with its SRAM groupset, I had no problems at all. 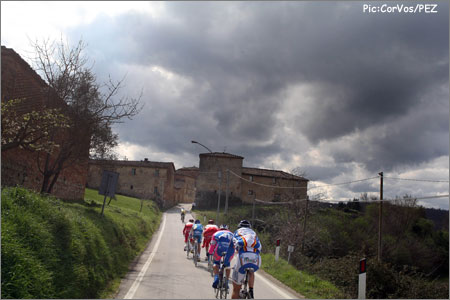 Perfect roads, both paved and unpaved, characterize this budding Classic.

PEZ: Is there a special technique for the sand?
Rubens: In the corners you must be really careful, always using the rear brake and not the front one, it’s very dangerous to attempt front wheel braking – very easy to end up on the sand! 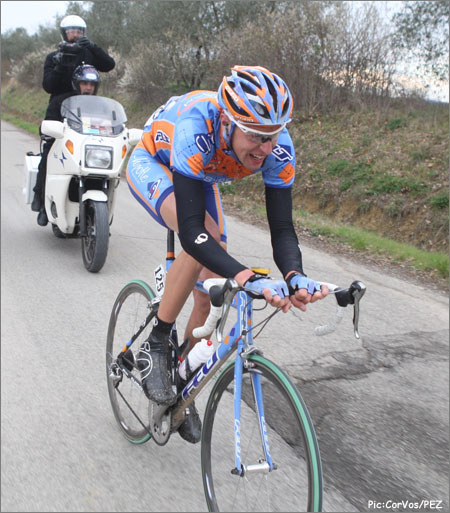 Ryder Hesjedal made the early break and was the final survivor for a long while – he ended up a fine 10th. 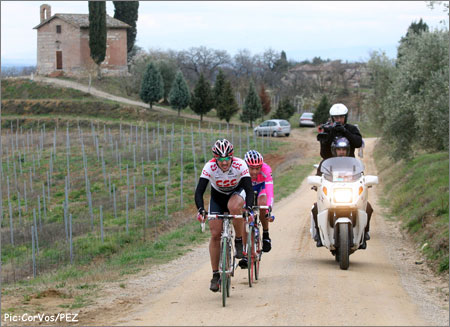 Fabian and Alessandro got away on the final section of strada bianca.

PEZ: Who impressed?
Rubens: Cancellara was super-strong, but the LPR guys were impressive, they had seven guys in the group of 50, but like I said, Pietropolli didn’t have it at the end. 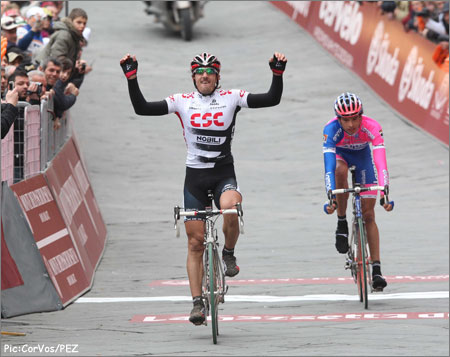 Cancellara was too much for Ballan in the finale.

PEZ: Did you have any awkward moments?
Rubens: With 30 kilometres to go it was very hard, hilly and we were trying to catch the break, we knew that the shape of the race would change again – it was the most difficult part of the race. 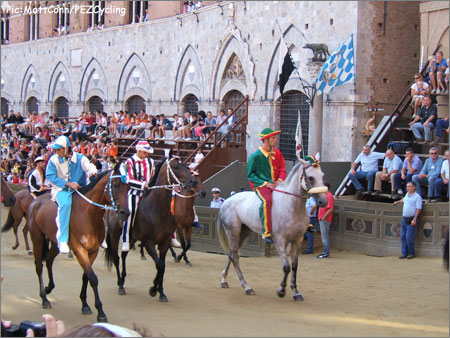 PEZ: The finish is through little alleys, is it dangerous?
Rubens: It’s not so much dangerous as hard; the last 300 metres are very bumpy but there are no big groups coming in together which would make it risky, you’re finishing in small groups. 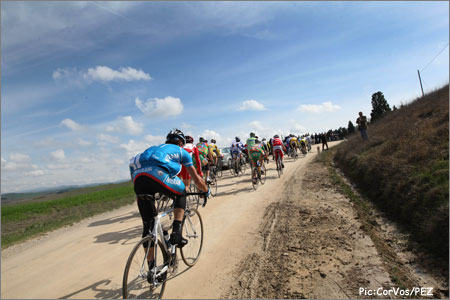 PEZ: You must be happy with your ride; that was a quality group you finished in.
Rubens: Yes, the Tour of California has been good for my form and I’m pleased with the way I’m going. I’m really looking forward to Tirreno-Adriatico now.

PEZ: Final question – how long in the shower?
Rubens: About half-an-hour! not as long as Paris-Roubaix though!

PEZ would like to thank Rubens for his time and wish him every success for the rest of the season.

Thanks also to Ruben’s biggest fan – Rita Tanner – for organising the interview for us.