Rider Interview: There are a few riders around who have competed for different counties in their time, but what about a dual World champion. Vladimir Putin signed an executive order to grant Shane Perkins Russian citizenship and the man from ‘Down Under’ became a ‘Russian bear’. Ed Hood recently spoke to Shane at the Berlin ‘6 Days’. 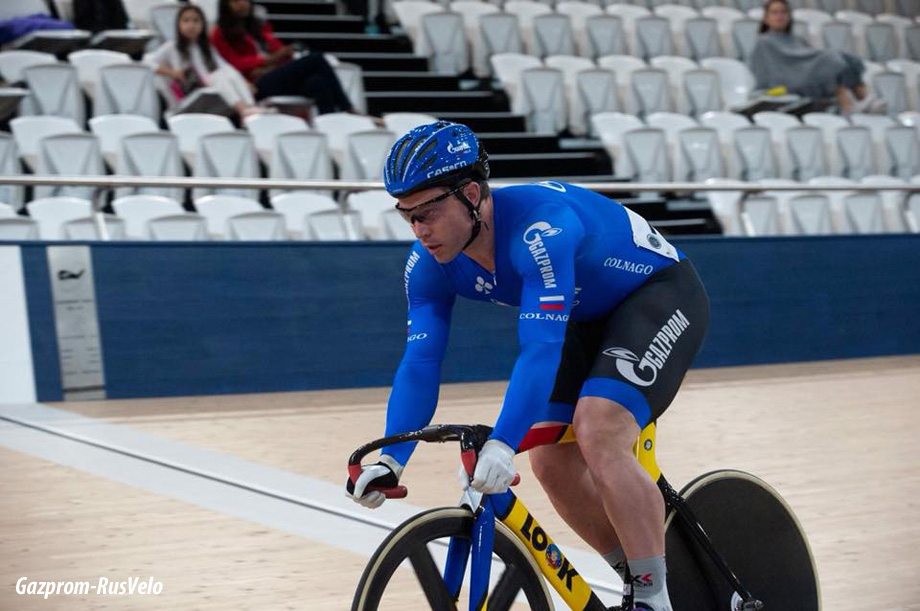 We recently featured former Aussie team pursuit flyer Jordan Kerby – who wasn’t convinced that he’d ‘gone as far as he could go,’ just because Cycling Australia told him so. He crossed the Tasman Sea, took advantage of the fact that his mother is a Kiwi and as part of the all black quartet at the Cambridge, New Zealand World Cup hurtled to the second fastest team pursuit in history – 3:50.

Our interview subject today went to even more extremes when Cycling Australia dispensed with his services – he crossed half the globe to ride for the Russian Federation. 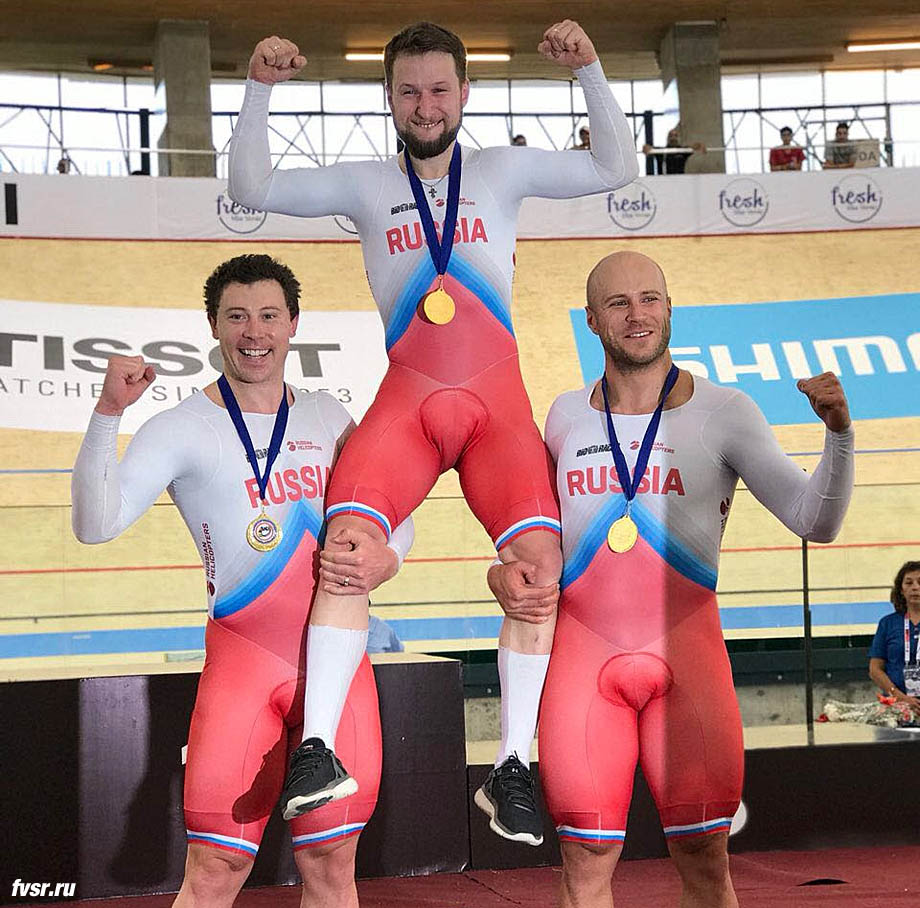 Shane Perkins father, Daryl was a national champion and Commonwealth Games medallist but his son can top that as World and Commonwealth Champion; and National Champion of Australia – and Russia. Perkins junior has been around a long time; Junior National Kilometre and Sprint in 2003. Season 2004 saw him World Junior Keirin and Sprint Champion. In 2006 he took bronze at world and Commonwealth levels in what would become one of his two specialities – along with the keirin – the team sprint. He was National Champion in the event in 2007/8/9 – and in the last mentioned year took a ‘full house’ of Aussie sprint titles, adding individual sprint, kilometre and keirin titles – not to mention the fabled Austral Wheel Race. 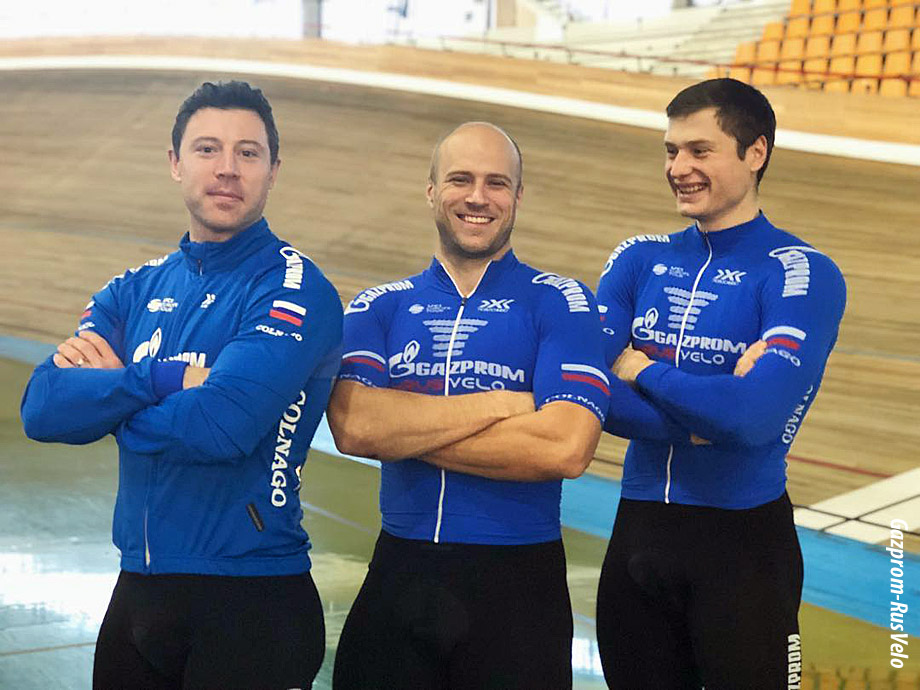 PEZ first met up with him down at the Grenoble Six Day in 2010, the same year he took Commonwealth gold in the individual sprint. One year later he took Worlds keirin gold and in 2012 he took another rainbow jersey – in the team sprint. He was National Champion in the keirin in 2014 along with Commonwealth bronze in the team sprint. There was another Aussie keirin title in 2016. And another national keirin – and team sprint – title came in 2017; but the victory flowers were hardier – coming from just a tad further north, in Russia. That same year he took European silver in the keirin before winning the Russian keirin and team sprint titles again, last year. 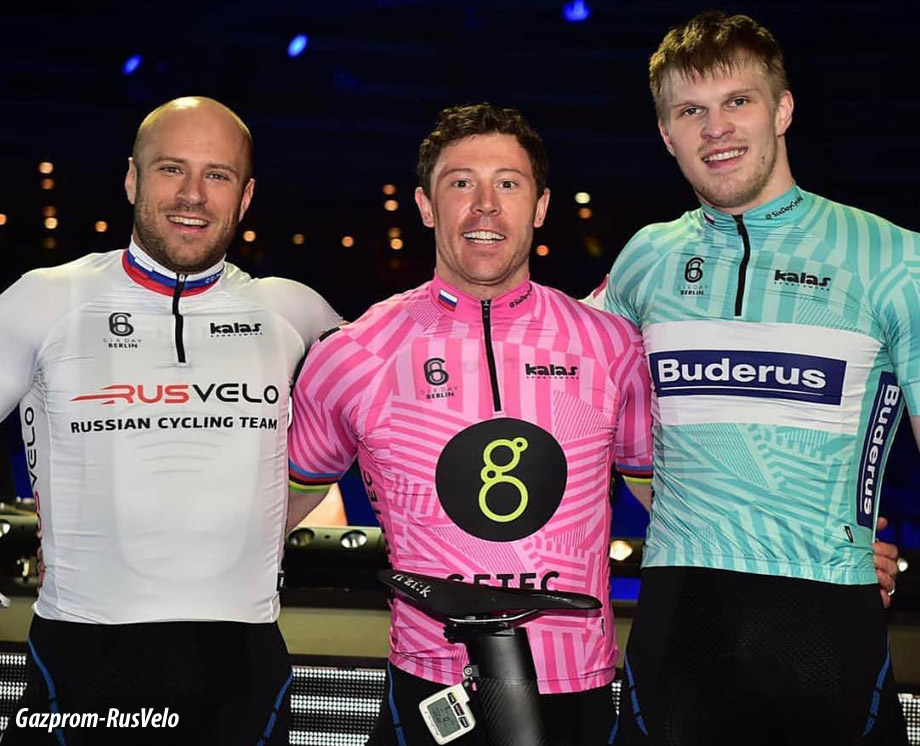 We caught up with him as he rode the sprint events at the Berlin Six Day.

PEZ: Thank you for taking the time to speak to us Shane; did the Australian Federation give you any reason why you were no longer considered for selection?
Shane Perkins: I’ll be pretty vague with this and simply say ‘NO!’ 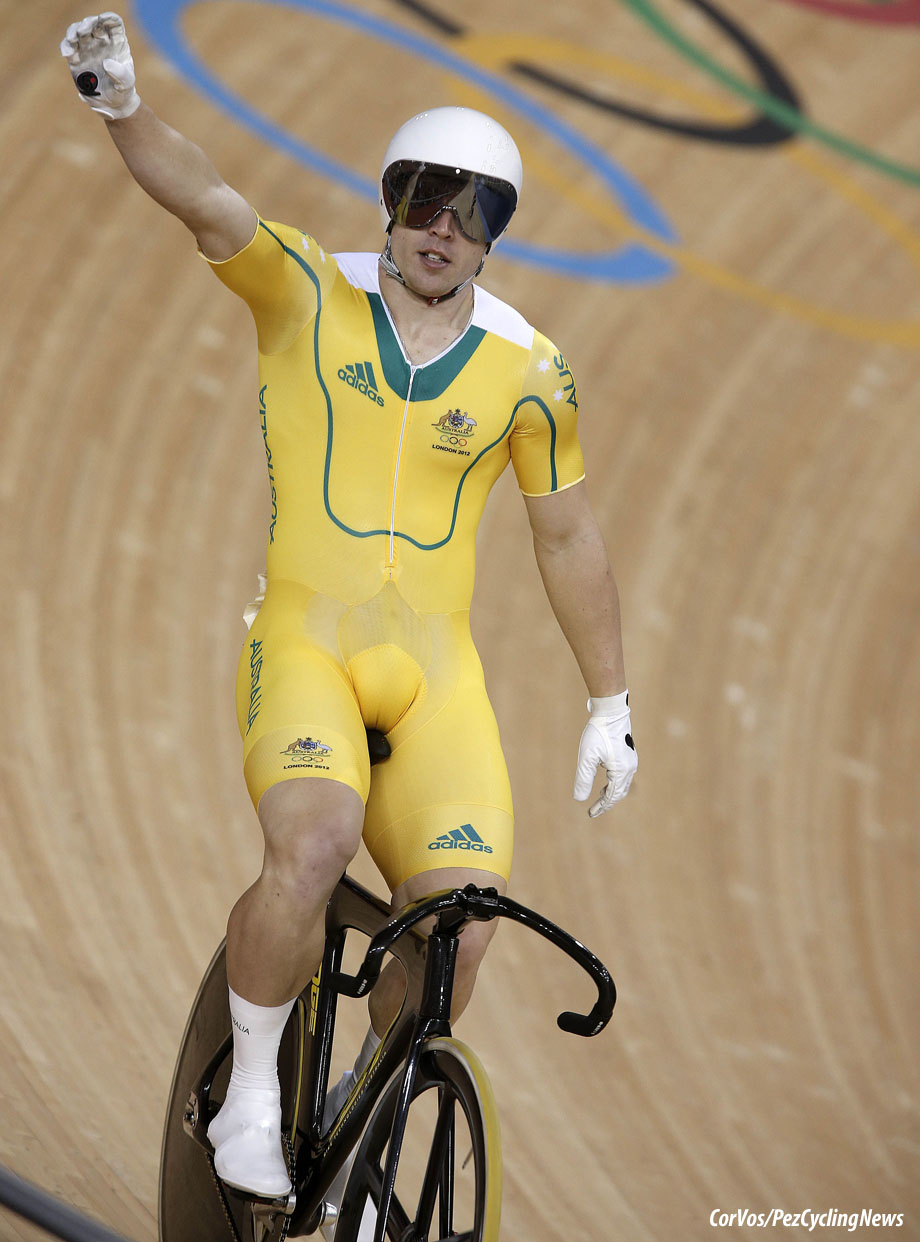 PEZ: It must be a huge culture shock; Oz is warm and laid back – Russia isn’t.
Yeah, the cultures of course are different but that’s the beautiful part about it for me! When do opportunities like this come about in life? I wasn’t about to let the opportunity go to see a new country and experience it.

PEZ: What are the contrasts between training the ‘Down Under’ way and Russian methods – did your eyes get opened on anything?
Pretty well all nations have different set ups in terms of the programs and how they are run but the basic principles are still the same for everyone. 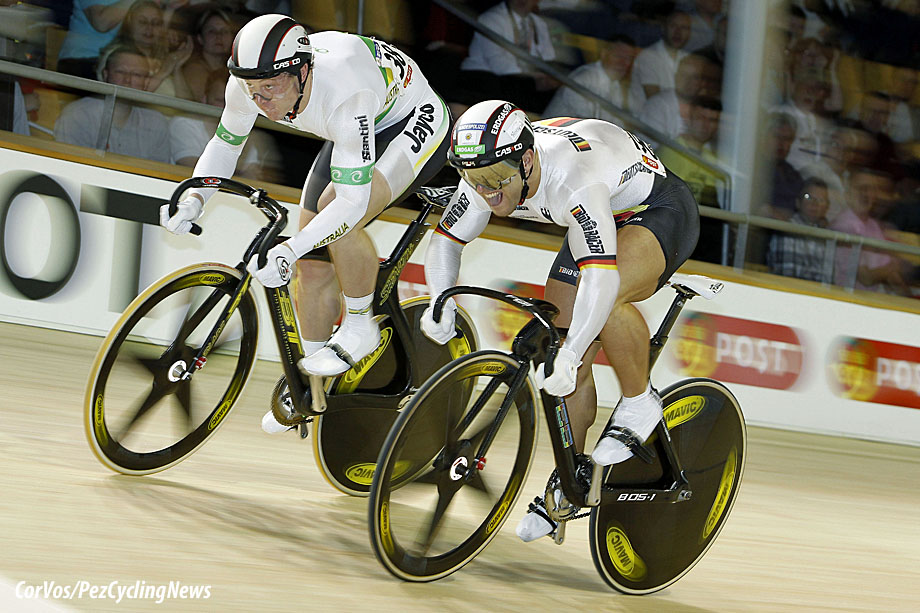 PEZ: How about the language barrier?
Yes, this has been a challenge for me but thankfully I’ve been brought on board for my cycling skills not my ability to learn a new language, although I am actively learning new words (slowly).

PEZ: Is it correct you have joint citizenship so can live in Australia without any problem?
Yes, I still have my Australian passport I wasn’t about to let that go. Thankfully Australia and Russia have the ability to be a dual citizen. 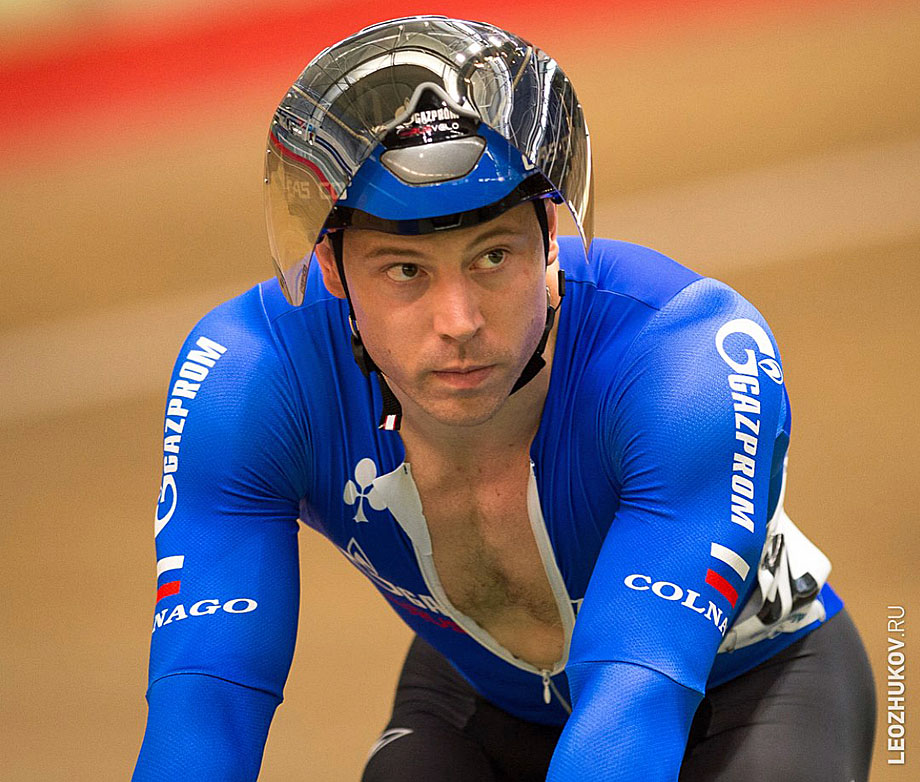 PEZ: Does Russia pick up all your travel costs?
Mostly, yes.

PEZ: Where do you live when in Russia?
I stay at the Moscow Olympic School Number Two which is situated pretty close to the velodrome. 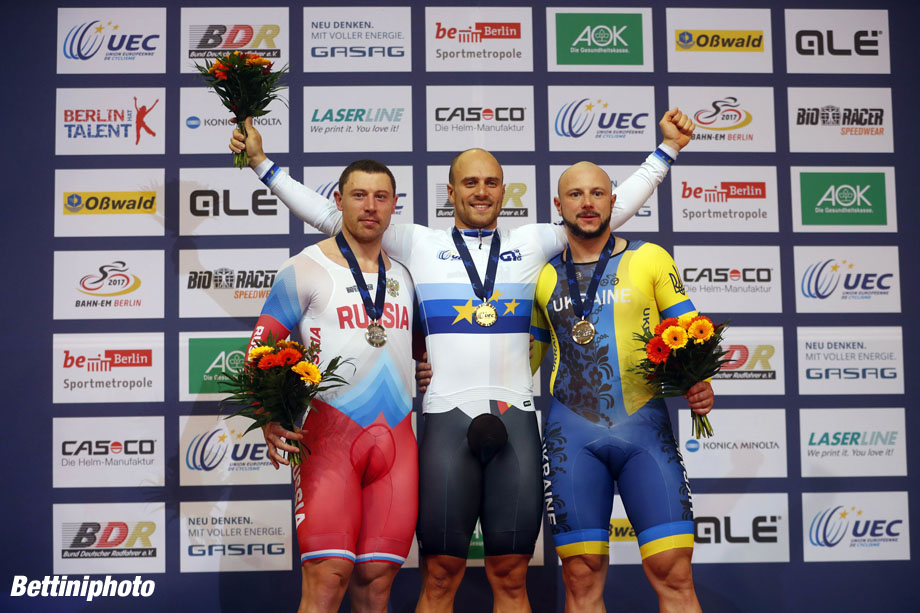 PEZ: How has your acceptance been by the Russian athletes?
Everyone has been very welcoming, it’s certainly a fun experience for all.

PEZ: What’s the rough split on the time you spend in each nation, each year?
I am mainly in Brisbane, but this is dependent on training camps, Japanese keirin and race commitments. My family are in Brisbane so obviously my home is where they are. 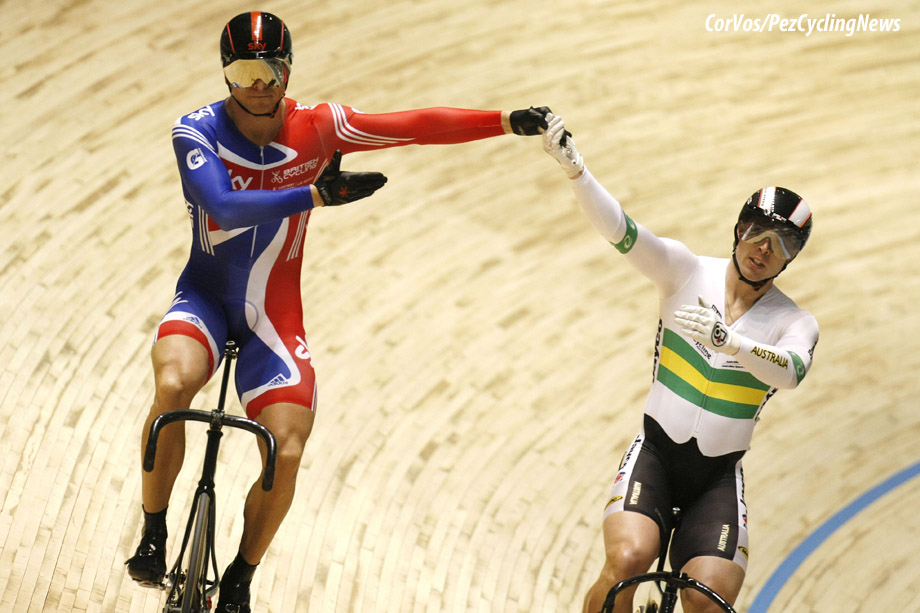 PEZ: Any big differences in tactics/physicality between keirin in the two nations?
No, keirin is a keirin! 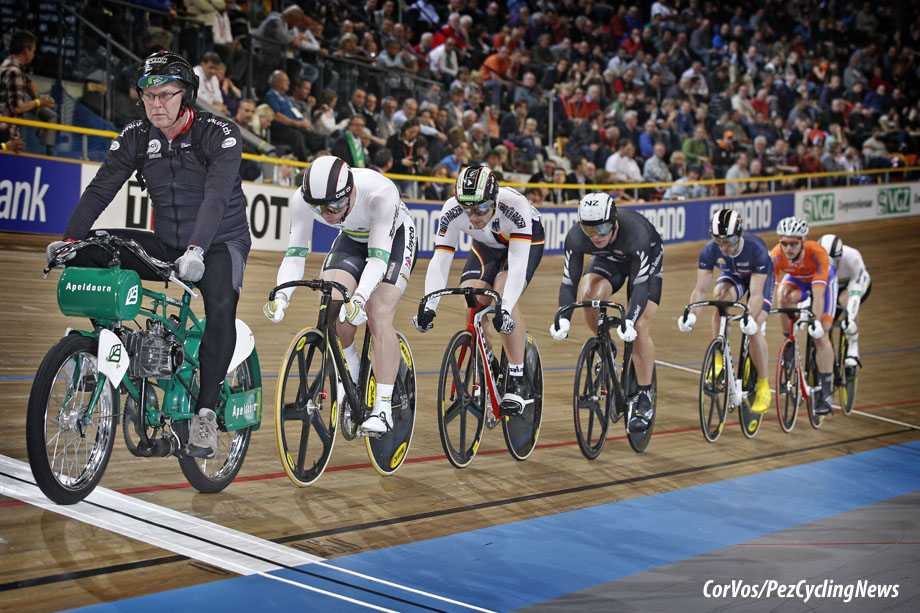 PEZ: Russian Team Sprint Champion ’17 and ’18 – is that your route to Tokyo?
Yes, certainly for us as a team we want to qualify our team sprint team but this won’t be my only focus!

PEZ: Are you happy with the times your Russian team sprint squad is producing?
We certainly showed potential early on but we have had a rough season and need to pick up our game this next period leading into the Olympic Year. We are prepared for it! Wouldn’t be fun if it weren’t a challenge! 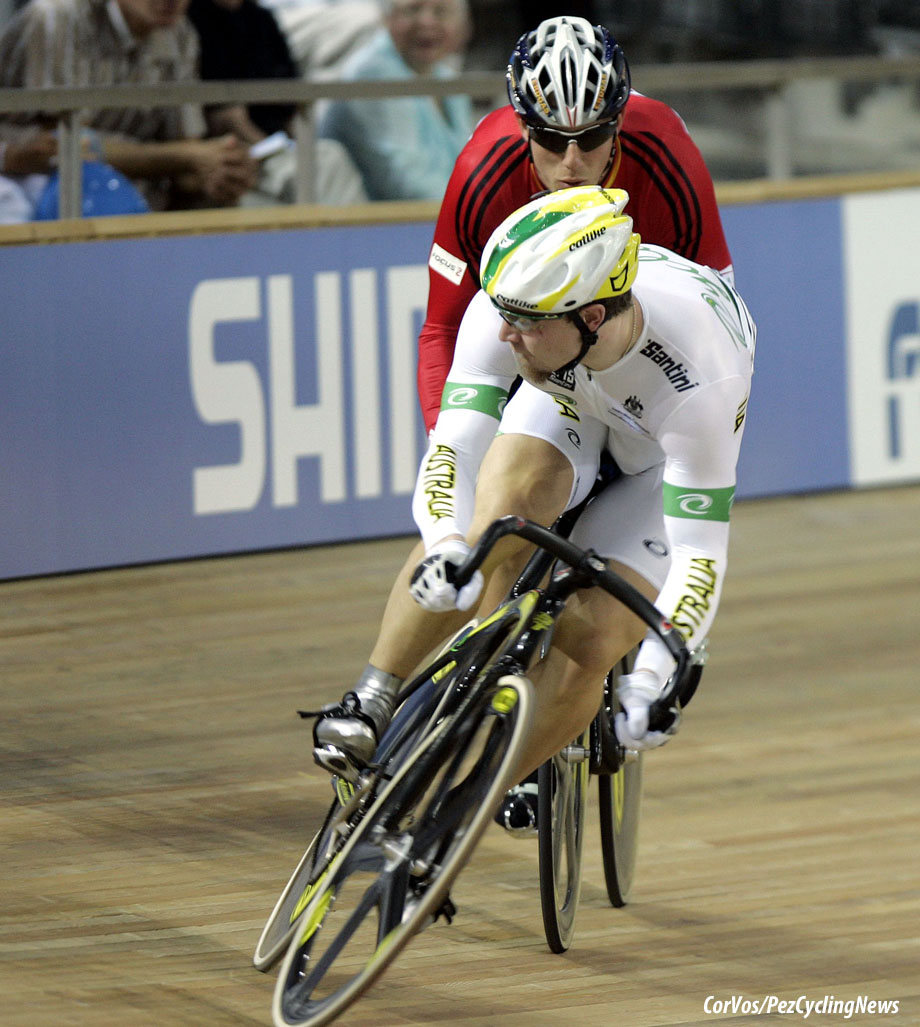 PEZ: Do you still ride the Japanese keirin circuit?
I took a break last year but I may be back in Japan for 2019/2020

PEZ: What’s still on the Perkins ‘to do’ list?
Really I can honestly say that if I chose to retire from the sport tomorrow I would be very proud of what I have achieved and exploiting this opportunity – which I have made the most. I’ve been very lucky experience so very special moments! 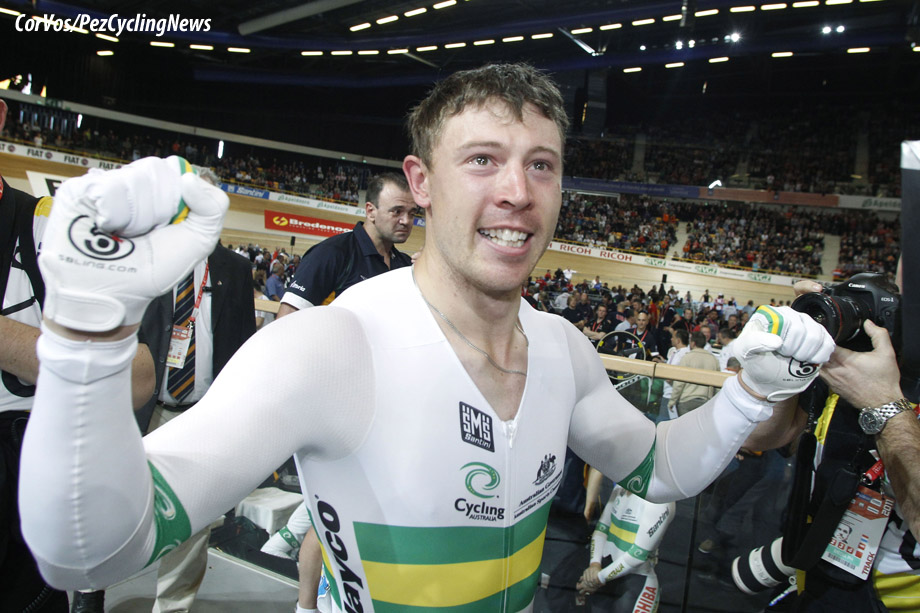 # Those Aussie trackies – they’re hard to keep down. With thanks to Shane and let’s hope we don’t have to wait another nine years to catch up with him again. # 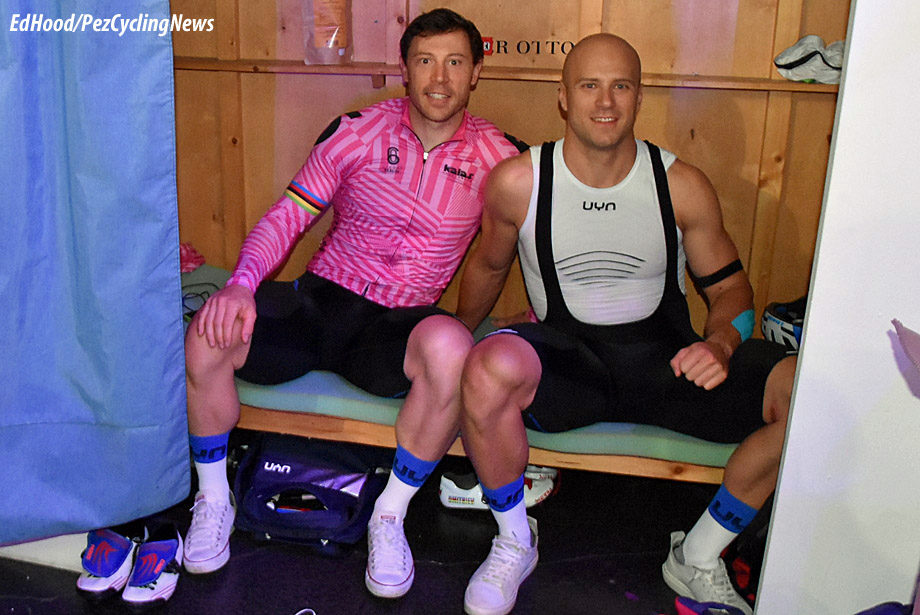