On the premise that it’s never too early to run a six day story… Black Dog’s Ryan Sabga wanted to ride a European six day race. So, he did! Here’s his tale.

PEZ: Tell us a little about yourself, you’re ‘coming back’ aren’t you ?
I am. In 2002, just as I was starting to reach a good level in the sport, I had a bad crash and shattered my pelvis into several pieces and needed major surgery to reconstruct it. I spent a year in rehab and raced a little after that but there was so much damage that I couldn’t ride to anywhere near the same level, so I retired.

I worked for five years building up some interesting small companies, and didn’t ride at all. Then in 2008, I realized that there was a huge hole in my life that I was never able to fill following my retirement from cycling. I decided to give cycling another go. That was a really hard season. In fact, most of the first two seasons were pretty hard. 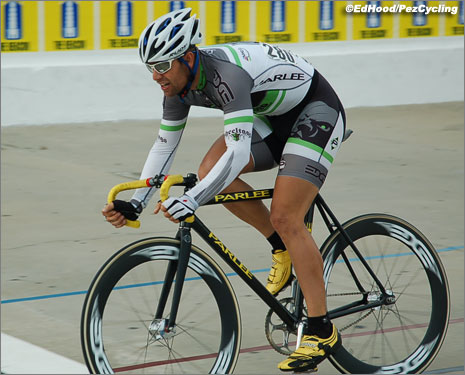 Still, I managed to win some races in 2008 and get a pro contract for 2009 with Black Dog Professional Cycling, a UCI Track Trade Team, so there were definitely some positives. I would say that my breakthrough was at the end of 2009 when I won two silver medals at the US National Championships in the Madison and team pursuit. I have a great Madison partner, Ryan Luttrell, who is one of the best track cyclists I’ve ever raced with.

Team pursuit, however, was a surprise. I had never done one before and we only had one chance to practice before the race. After that, I was signed up to do the World Cups.

I had some raging form after Manchester, maybe the best of my life, but I crashed the day before we were supposed to leave for Cali and broke my pelvis again – this time in five places. It was not displaced, though, and I worked hard to be back on the bike within two months.

Ultimately, I am really thankful that I was able to make it back and race, period. Now I am really looking forward to the rest of this season and beyond.

PEZ: how did you get the ride at the Fiorenzuola summer six day and who was your partner ?
Earlier this year, I did the Beacon Series in Trinidad as part of the U.S. squad. This was a great experience, as I am originally from Trinidad and consider myself a Trinidadian first. I raced with Franco Marvulli there and we talked about some of our shared experiences in cycling and life and the subject of Six Days came up. I had a ride for the amateur Gent Six in 2000 after winning some races there but I was not able to do the race.

Riding Pro Sixes in Europe has always been one of my biggest goals, with Fiorenzuola being one of my three top Sixes to do. Franco said he would put in a word with the organizer of Fiorenzuola about us. Shortly after, Claudio Santi, the organizer, sent the team an email asking for our race results and once he saw those, he offered Ryan Luttrell and me a contract to ride together for Fiorenzuola. 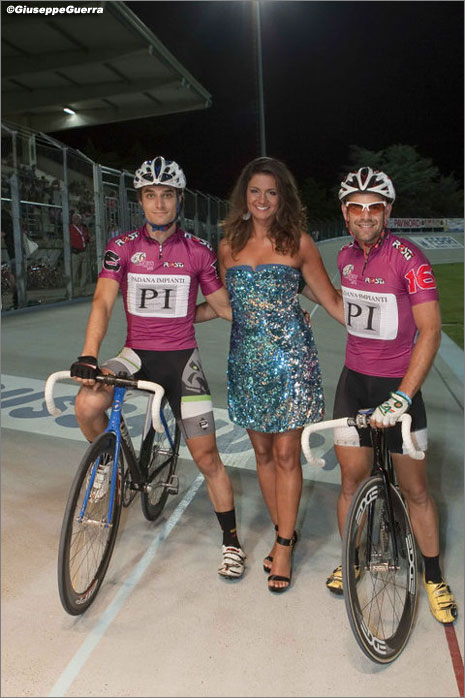 PEZ: it’s a big old concrete track – hard to take laps ?
I race on a 333m in Colorado most of the year so it wasn’t as big of a jump for me. It is hard, though. I think it makes a difference who you get the lap with.

One night early in the race, we were off with a couple of teams at a hard part of the race and it took some work to get the lap. Then on the fourth night, we were away with Madsen and Hester and those guys are so quality that it felt like we got the lap immediately and it was over in no time. But I looked at the computer files after and we were doing close to 64 kph to get that lap. 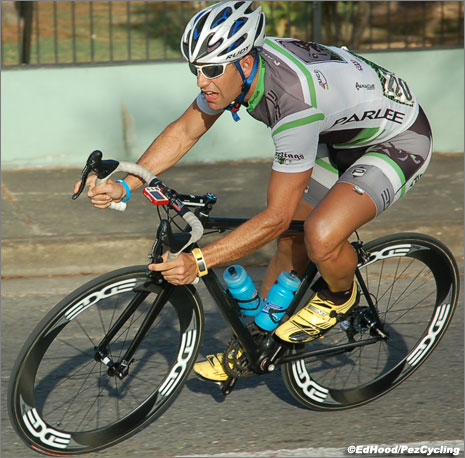 PEZ: what was the quality of the field like ?
It was the best field I’ve ever been part of, perhaps even better than a typical World Cup field. The speeds were fast and the skills nothing short of exceptional. We were one of the few teams there without a World Championship medal or Olympic appearance.

PEZ: what’s a typical night’s programme ?
We start with a points race, where one rider races half and then the other rider comes in for the second half, then a scratch race and elimination event, which are individual races. Sometimes we would have another points race as well. Then after that, we would have the Giro Lanciato, or a lap record attempt. We would end the night with a 50km or 100km chase. It was fantastic. 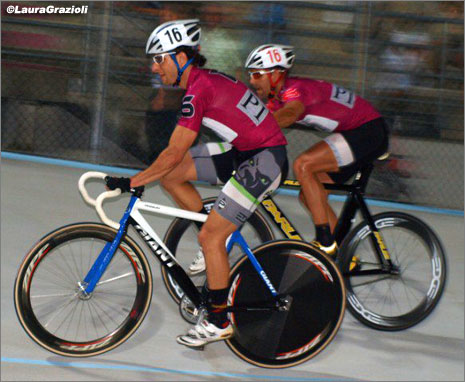 PEZ: what are the crowds like ?
Incredible. We would start the evening at 9 P.M. and people would be trickling in. By midnight, the stands and fence line would be packed as we started the final chase. It really is something to see such a passion for cycling in the stands.

PEZ: What does the organiser pay ? air fares ? hotels ?
The organizer takes care of everyone’s hotel and food and appearance money. Depending on who the riders are and where they come from, some riders get airfare as well.

PEZ: what was your best result of the six days ?
We had a 2nd place in a points race. My best scratch result was a 5th place and our best madison result was a 6th place. 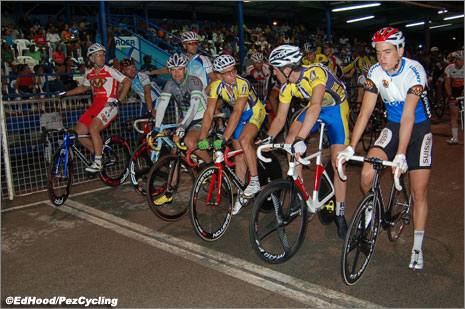 PEZ: Winners, Morkov and Rasmussen – impressive ?
Extremely. They raced so well in the chases yet would always be among the top of the standings in the Giro Lanciato. It’s easy to see why Alex is World Scratch Champion and also ’09 Madison Champion with Michael. And they’re great guys off the bike, too.

PEZ: how did you train for the race ?
I did a lot of road miles and motorpacing. Luckily, in Colorado, we have one of the best track racing communities in the US, so the guys we race with really helped to push us week after week in our regular races.

PEZ: is US racing tough enough to prepare you ?
On its own, not so much, but mostly because of the lack of volume of US track racing and the skill needed to do 50km chases with 55kph averages every night. To put it in perspective, during the six days at Fiorenzuola, I raced more madisons than I did all of 2009 put together.

I also did more madison kilometer time trials during the six than the last two years combined. You need to supplement the racing with some specific training. But of course, there is no substitute for experience, either. 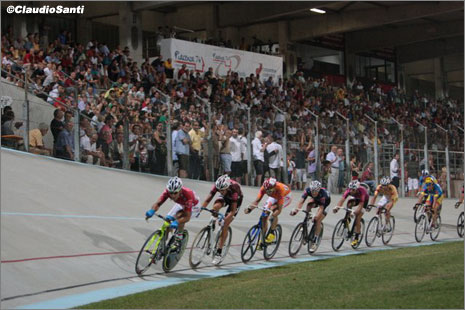 PEZ: How’s your form out of it ?
I was tired after, mostly from the trip back. I was awake for 46 hours! After a little recovery the form is starting to come around. We just had the Colorado State Championships, which are qualifiers for national championships, and I won the points race, scratch race, team pursuit, and madison. So that’s a good sign.

PEZ: Any winter contracts from it ?
Possibly. I would love to do more. I definitely want to do Fiorenzuola again next year as it fits so well with my year and because it’s such a phenomenal race but if we can get some winter contracts, it would be awesome. As it stands now, we will focus on getting some World Cup results this winter to help improve our chances.

PEZ: you’re on the Trinidad & Tobago Commonwealth Games squad, how’s that going ?
Well, I haven’t heard much yet about what’s what. I am preparing as if I am going. Ideally, I would race the road race in support of Emile Abraham and race the points race for myself. Emile has had to do so much on his own in these races, just having one rider with substantial international experience who can give him a hand in the late stages of the race could be significant for him.

PEZ: And one final sentence to describe a six day final chase ?
A bittersweet, blistering finale to an incredibly awesome six days of racing.