Last year Saxo Bank’s Aussie Matt Goss was third in Kuurne – Brussels – Kuurne; this season he’s made his mark again in the Belgian classics with a fine third place in Gent-Wevelgem. While his Specialized was on the stand outside, getting 200 kilometre’s worth of grime pressure washed from it’s white paintwork, Matt sat down to tell us about the race.

PEZ: Congratulations Matt, what was the Saxo Bank game plan?
Matt: Me, Matti Breschel and JJ Haedo were the cards to play if it came down to a sprint. But it didn’t work out like that, we were in the gutter practically from the start and it split apart early. 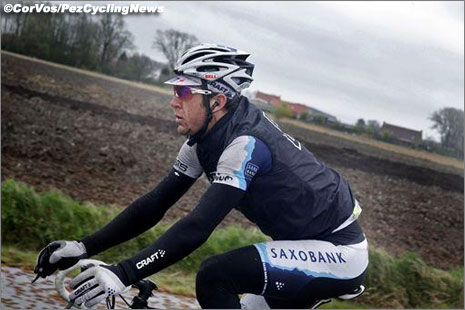 PEZ: I believe the break went at around 15 K?
Matt: I guess it would be around that, the strongest made it to the front and we all rode really smoothly together – that was a bit strange – especially after Boonen punctured. There was no way he was getting back, not with 30 guys working together like that.

PEZ: What sort of speeds were you doing at the start?
Matt: the first hour or so we were between 58 and 63 kph. 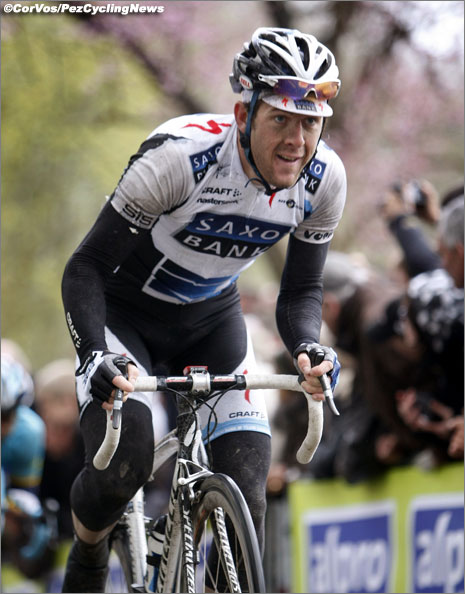 PEZ: It must be a little easier to get position with 30 guys.
Matt: It’s less stressful, for sure, but you still have to fight to be on the right wheel. If you get caught on the wrong wheel and loose momentum it can be all over, it’s so difficult to get back up to speed on the cobbles.

PEZ: Kuschynski was well clear second time up the Kemmel.
Matt: Yeah, he chose the right moment to go, about five K from the bottom of the Kemmel, everyone just looked at each other and he was away. 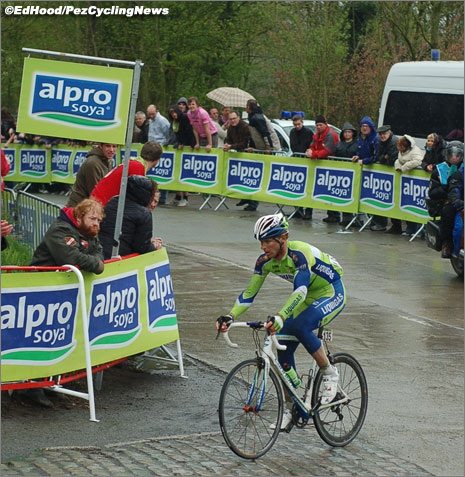 PEZ: Hagen bridged up in spectacular fashion.
Matt: He jumped on the Kemmel, about 200 metres in, once he got to Kuschynski they worked well together and it was going to be hard to get them back.

PEZ: QuickStep were quiet today.
Matt: I think they chased us after Boonen’s puncture, but it was always going to be hard to try and get 30 guys back who were all riding well together. They’d chase for maybe 30 K but they’d also be conscious that they didn’t want to waste themselves for Paris – Roubaix on Sunday.

PEZ: Cavendish was out of it, did he just miss the split?
Matt: I’m not exactly sure, I heard he’d punctured.

PEZ: You worked hard on the run in, and that was after riding Flanders.
Matt: I had really good legs and was feeling strong; I wanted to get clear of the sprinters, I think McEwen was still there and Napolitano was in the group. There was also the chance that we might get up to the break. I was away with Bram Tankink of Rabobank but got brought back, then I got away with Matt Hayman and Andreas Klier. I came back well from Flanders – I had couple of good recovery days. 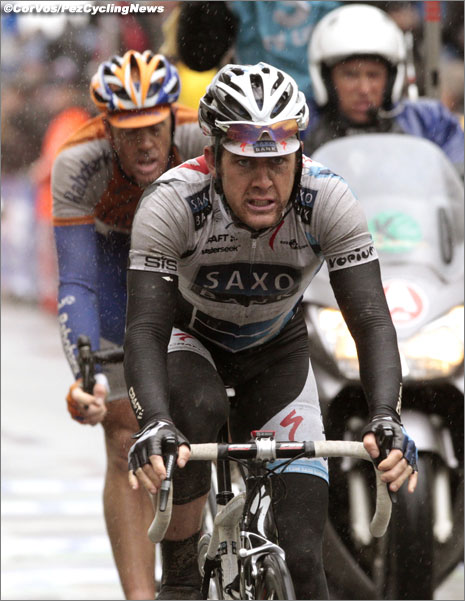 PEZ: What gears do you ride up the Kemmel?
Matt: I don’t know, just whatever’s on the bike!

PEZ: And the technique for the cobbled climbs?
Matt: Just press hard on the pedals! Seriously, you have to keep your weight over the back wheel to keep the rear tyre in contact with the road. You don’t want to be out of the saddle. When you grip the bars you don’t want to grip them too tightly or too loosely – you get sore hands both ways. Experience, I guess, you just learn how to hold the bars the best way.

PEZ: How’s Fabian Cancellara?
Matt: He had bad luck in Flanders when his chain broke, and today he punctured out of our group. I think he’ll be good at Roubaix on Sunday. 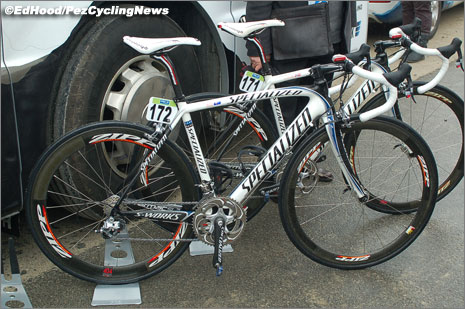 PEZ: Are you riding Paris – Roubaix?
Matt: Yeah, my first one, I think we’re doing the course recce tomorrow.

PEZ: What comes after Roubaix?
Matt: I have the Scheldeprijs and the GP Denain then a bit of a rest and recovery.

PEZ: And is home in Belgium?
Matt: Oh no! I couldn’t live here, with all that rain!

***
He coped with it just fine today! With thanks to Matt and all the best for the rest of the season.