Rider interview: Ed Hood has been checking out the list of ‘Young Guns’ for the 2021 season and picked out Tom Day as a ‘man to watch’ this season. The young rider from the south of England is off to find his fortune with the famous SEG Racing team in Holland. Ed heard all about it. 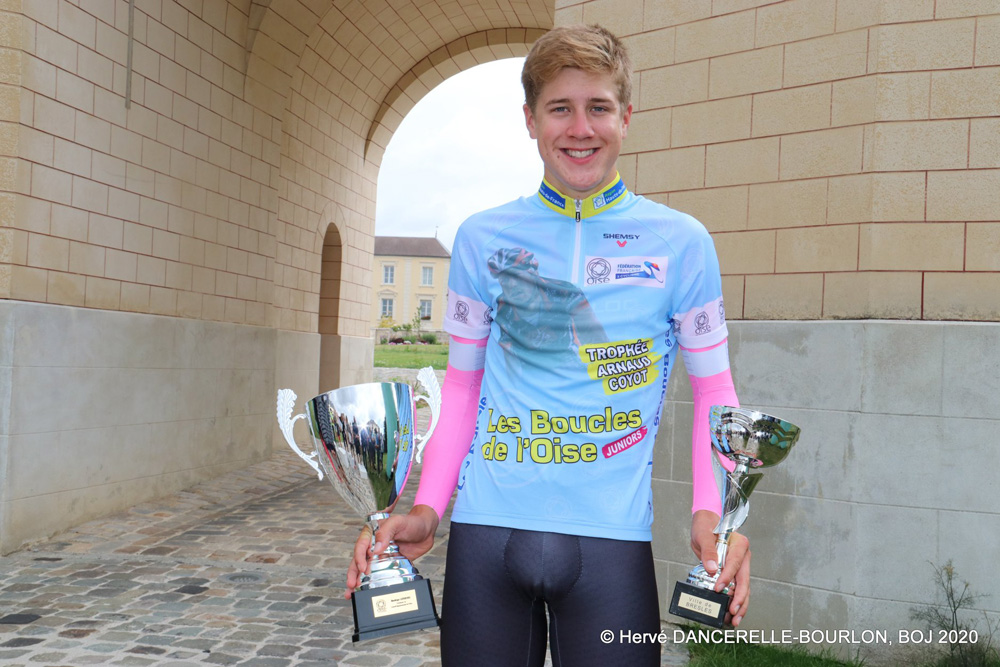 In the USA it’s Axel Merck’s Axeon team – Giro winner, Tao Geoghegan Hart (INEOS – Grenadiers); in Italy it’s Zalf – double Giro winner – Ivan Basso; and in The Netherlands there’s SEG racing – double Scheldeprijs winner, Fabio Jakobsen (Deceuninck – Quick-Step). ‘Development teams,’ who ‘feed’ the ProTeam and World Teams with their ‘stars of the future.’ But they don’t take just anyone, they’re interested in the cream, young men who have to potential to get to the top. Step forward young Englishman, Tom Day who will ride for the Dutch squad in season 2021. He’s another young British rider to benefit from the Dave Rayner Fund which helps young men and women realise their dreams of continental bike racing. Best, ‘have a word’ with the man we thought to ourselves:

PEZ: You’re 18, Tom and from Poole in Dorset on the English Channel coast?
Tom Day: Yes, I live on the south coast of England. The Purbeck hills are just five miles away, they’re a great training ground whether on a road bike or mountain bike, the terrain is similar to Flanders in Belgium; rolling with some short sharp climbs. I mountain bike once a week over there which really helps with my bike handling skills. 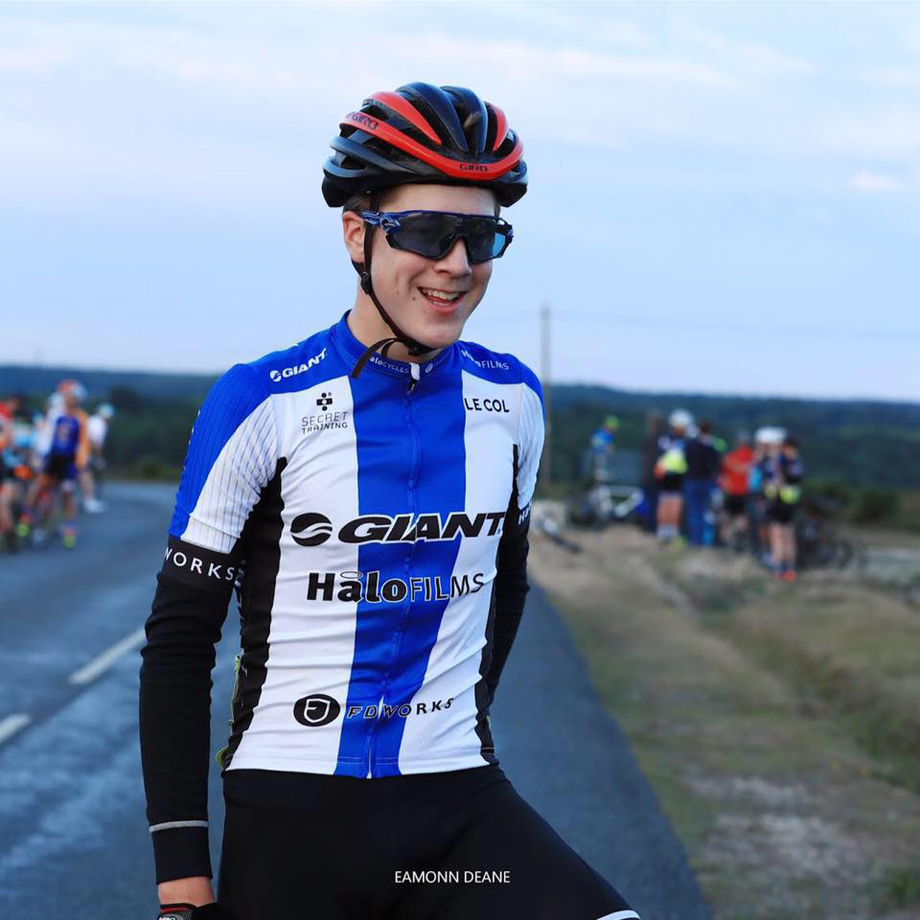 PEZ: How did you get into the sport?
My father rode his MTB at the weekend and I started riding with him from the age of 10 years. I got the bug and joined my local cycling club, Poole Wheelers. They have an excellent track record of developing riders from an early age with the likes of Ali Fielding (GB Track Sprinter) and Becky Raybould (GB Womens Senior Endurance Academy). They have a good network of coaches and use of an outdoor 250m velodrome which led me onto track and circuit racing. I was quite small as a youth so found it hard to compete with the larger lads but that gave me some mental resilience and a mind set to never give up. 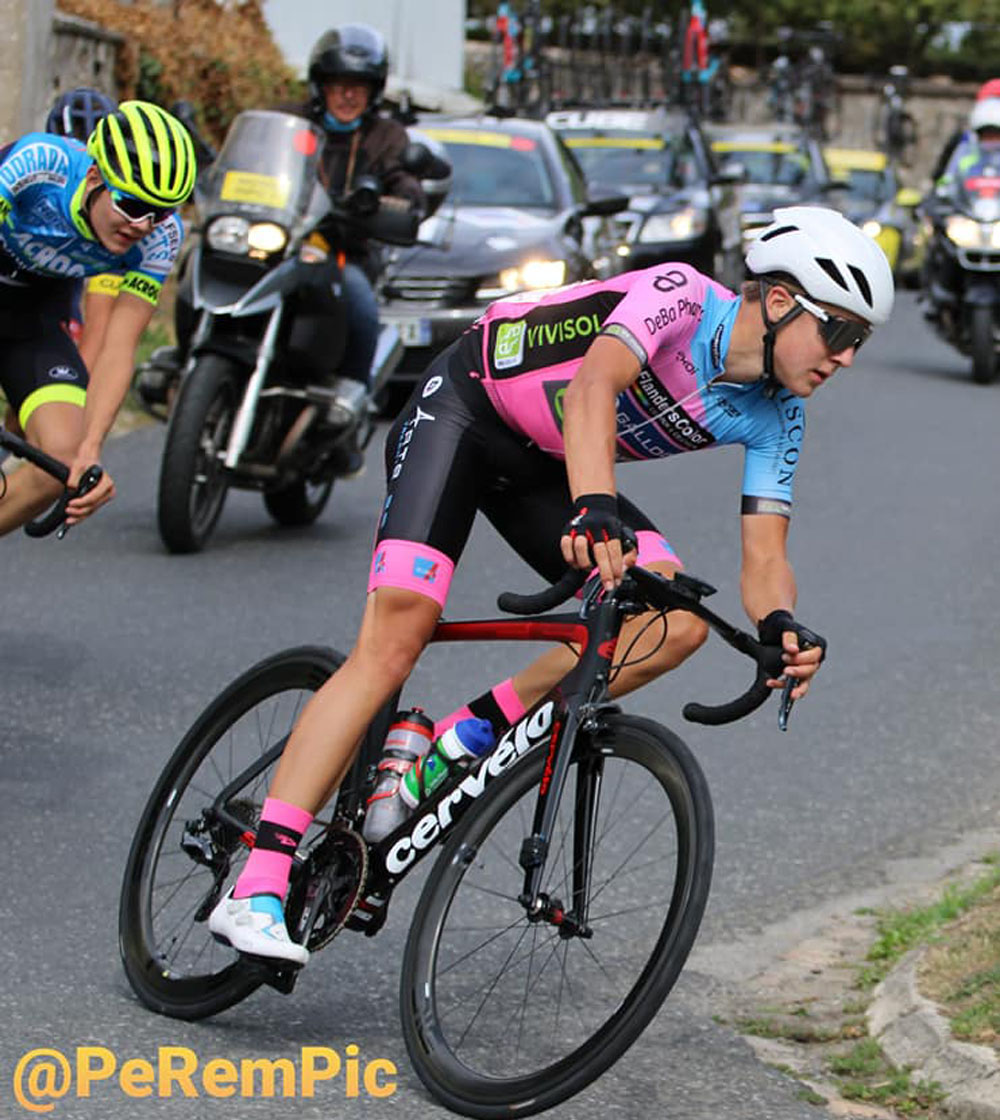 PEZ: How did the SEG ride come about?
I set some clear goals with my coach at the end of 2019 and that included getting a spot on an U23 Continental Team for the following year. Part of that strategy was to ride some of the big UCI Junior races so I joined a Belgium team. In hindsight that was the best thing I could have done as the UK scene closed down due to COVID. I contacted a few teams early in the season but got put on hold as the transfer window was late this year. I kept in contact with SEG Racing Academy giving them updates on my progress throughout the year. I built a good rapport with Aike Visbeek (the Academy Director) and after my big win at Boucles de L’Oise they invited me for testing. I had quite a few offers but I was really impressed with the setup at SEG and their strategy of developing riders along with their track record of placing riders with pro teams. 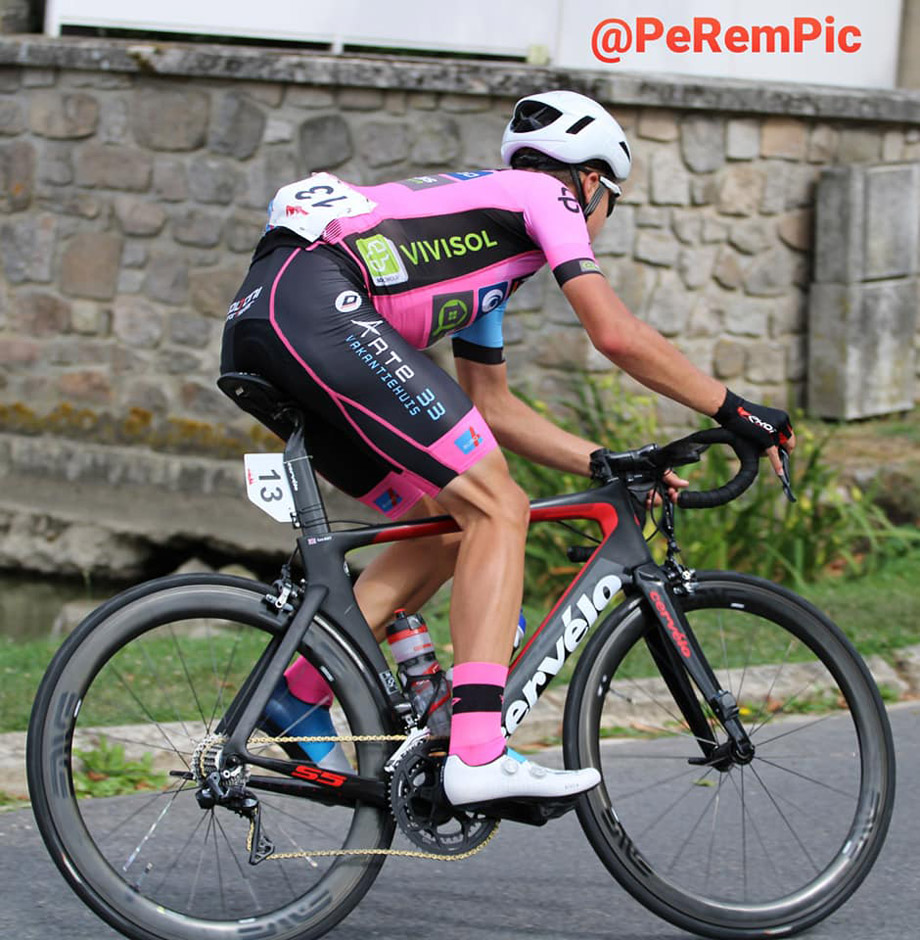 PEZ: Where will you be based and what level of support will you get?
I had hoped to go to Spain, supported by the SEG Racing Academy who have an agent in Girona, however I’m still in the UK due to COVID travel restrictions. I’m lucky that we have a really good climate on the south coast so I’ve managed to continue my training unhindered by the weather. I also have access to a great home gym facility where I like to do stretch and conditioning, off-bike strength training and some e-racing. I’ve also just heard that I will be supported by the Dave Rayner Fund for the 2021 season and that’s a huge boost. 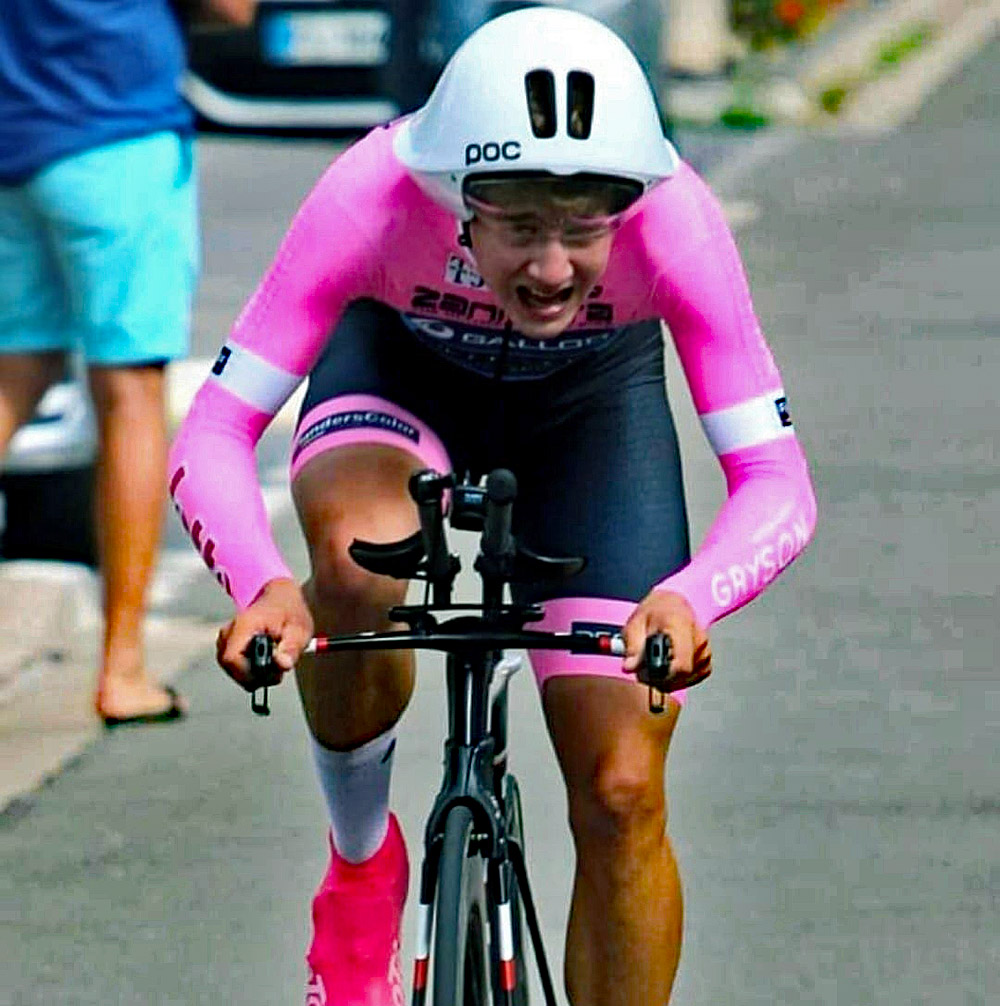 PEZ: You were British Junior 10 mile time trial Champion in 2019 with 18:46 ride and circuit and closed circuit time trial champion that year too, then Junior 25 mile Champion in 2020 with 48:34 – impressive times; time testing and road racing sit side by side with you?
Time trialling has become a necessary skill in today’s road stage race with some big races won and lost this year. It’s a passion I had from an early age. I also like the tech side of time trialling too; although all of my kit is second hand, I spent hours researching aero positioning and fine tuning my position with a camera to enable me to squeeze out every extra second. The local club community has been an amazing asset to me with loaning me equipment and tapping into their advice; something I’d recommend to any newcomer. 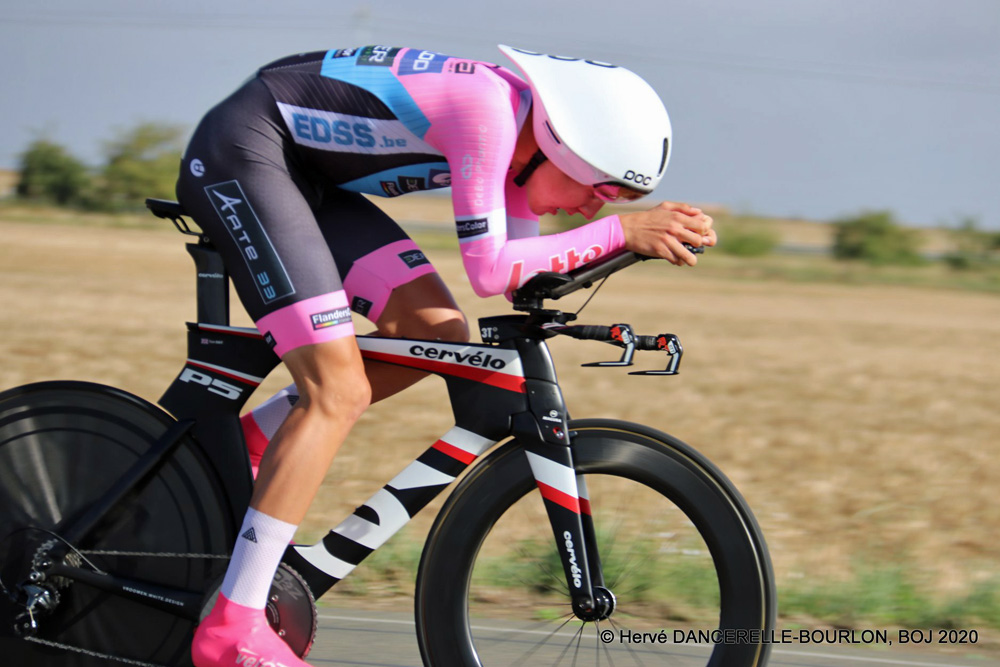 PEZ: What about the track, you did a good ride in the London Six Day?
The London Six Day was an amazing experience. My coach Chester Hill is a UCI track coach so with his coaching skills and my father as a Derny Pacer I spent a lot of time on the track practising for that event with my Madison partner Red Walters. Both Red and I had crashes during that event, but in such an incredible venue and atmosphere we both dug deep to take a lap on the entire field on the last day; we came second overall. It’s something I’m really keen to repeat next year. The Madison skills are transferrable to the road where the racing is really high pace and hectic. I learnt so much and developed as a rider during that week on the boards. 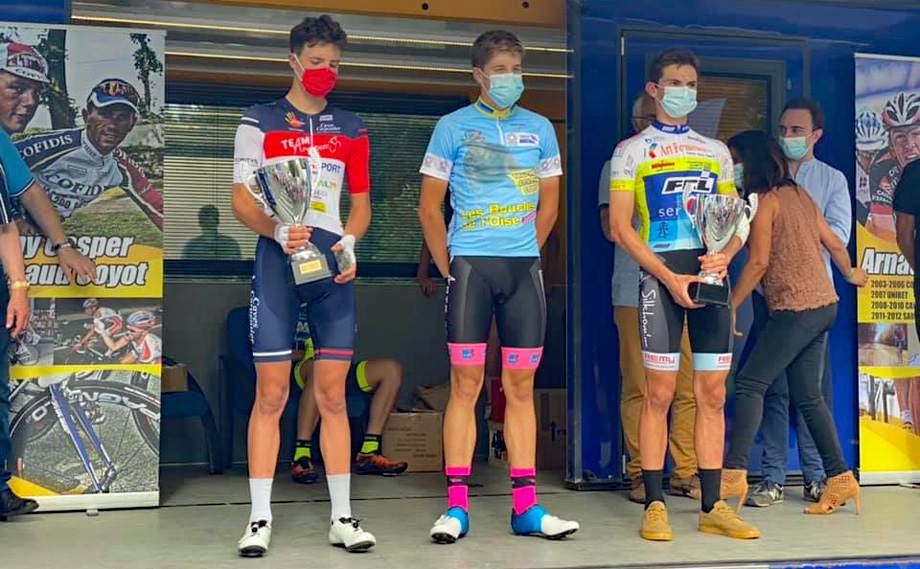 PEZ: How did you cope with ‘Lockdown?’
I used it as an opportunity to get ahead in my school work and plenty of quality base miles in the legs.

PEZ: Tell us about the Flanders Colour Galloo team you rode for, were you based in Belgium?
Flanders Colour Galloo were so welcoming to me and I was treated like one of their own Belgium riders. I spent two weeks at training camps with them and we drove over to Belgium for races. They were so professional in all aspects such as rider recruitment, arranging kit, training camps and race preparation. 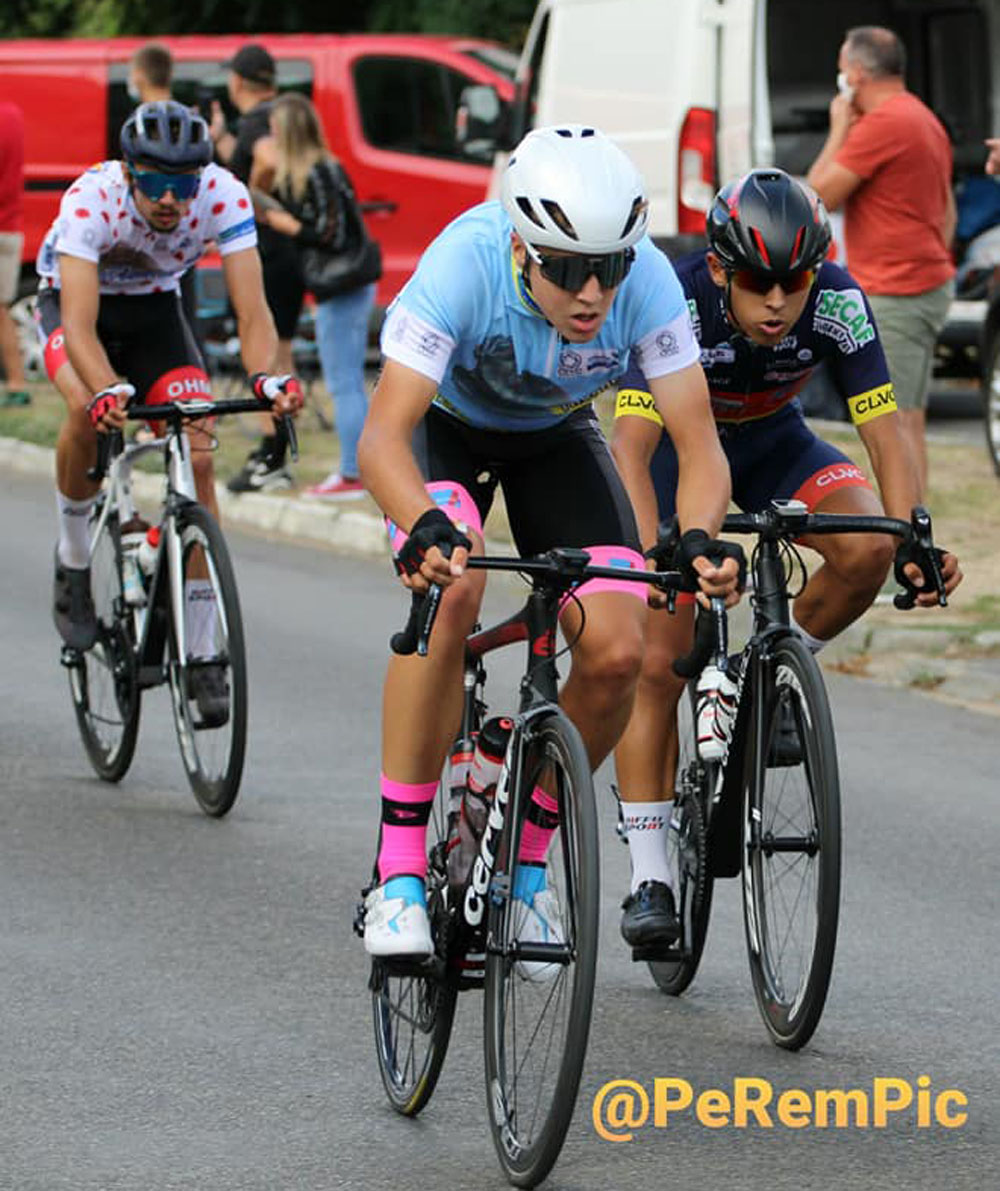 PEZ: Their Nico Mattan, who won Ghent-Wevelgem as a rider is a character-and-a-half.
Nico is the best in the business, he taught me a lot during my time with Flanders Colour Galloo.
Even though I’ve moved on he still keeps in touch and gives me advice. I can’t thank the team enough for their support. 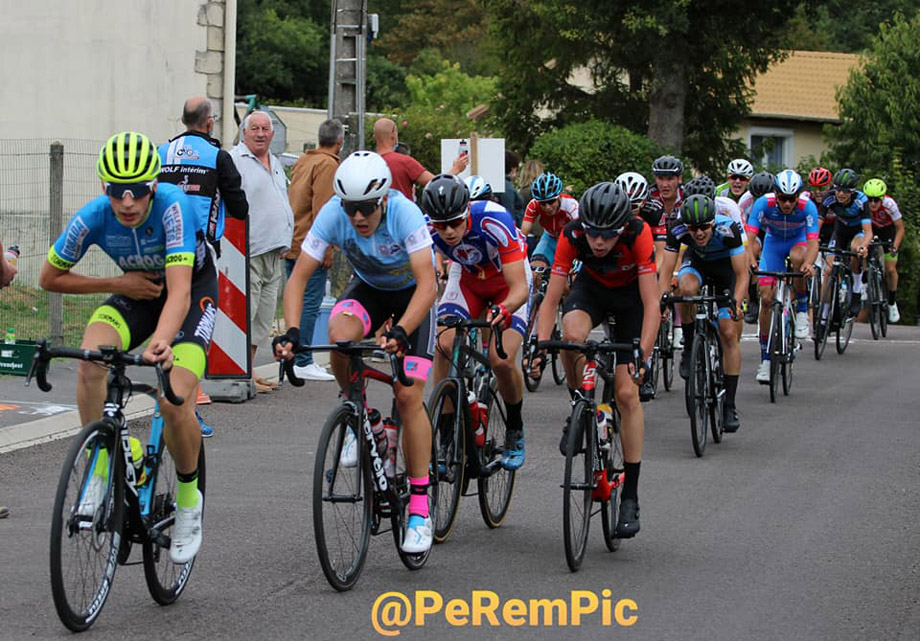 PEZ: Tell us about your win in the Boucles de L’Oise stage race in France – there was an impressive time trial involved?
I went into Boucles de L’Oise knowing I was one of the strongest in the TT so I had a strategy to not lose time in Stage One. I missed the break and ended up riding 70km in a two man chase group. I had to empty the tank to chase on to the lead group of 12 riders. For the time trial I was well prepared having spent several days recce-ing the course beforehand; it was open and windy and I knew that would favour my aero positioning. I won that stage by 45 seconds against some of the best junior riders across Europe. In the final stage I had a double puncture and had to chase onto the main group. It was hard fought but I knew I had to win this race for Flanders Colour Galloo and their sponsors; that gave me an extra desire to win as I owe them quite a lot for their support and belief in me over the year. 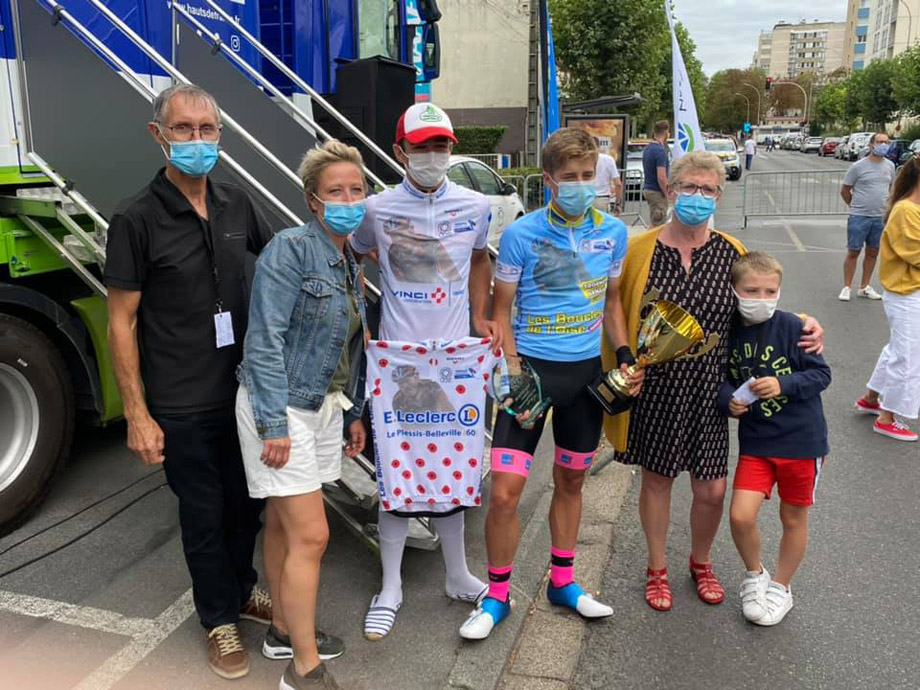 PEZ: When do you head over to The Netherlands, is there a training camp before the season begins?
I spent two weeks over there back in the autumn where I had a bike fit and met some of the team.
Our training camp will be in Greece in February.

PEZ: Do you have any idea about your programme yet?
SEG Racing Academy have one of the best Continental team racing programmes and that’s really important to me. I’ll be starting my race programme in Holland early March, Covid permitting! 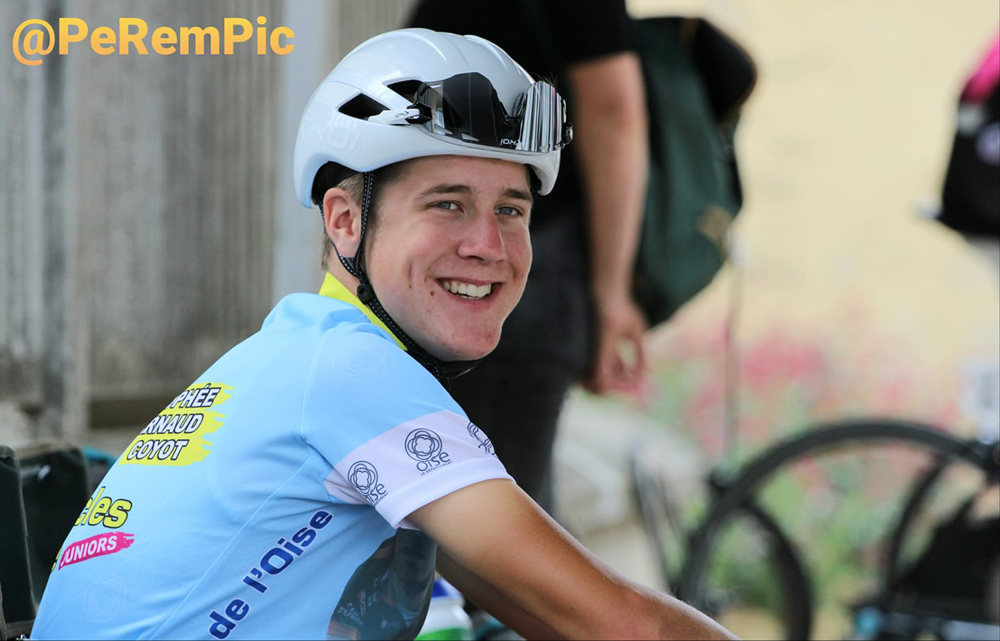 PEZ: Will Chester Hill still coach you or do SEG take over?
I had a three month handover and I have now transferred to SEG coach Ioannis Tamouridis. My time with Chester helped me get organised in my training diary and to add some real structure to my training programme with specific sessions tailored to my goals. That approach has continued with my new coach.

PEZ: What would make 2021 a good season for you?
I’m keen to earn my wings in the U23 ranks and I want to support my team to achieve some race wins in 2021. Of course a big race win would be nice and a time trial stage win will certainly be at top of my goals for next year. 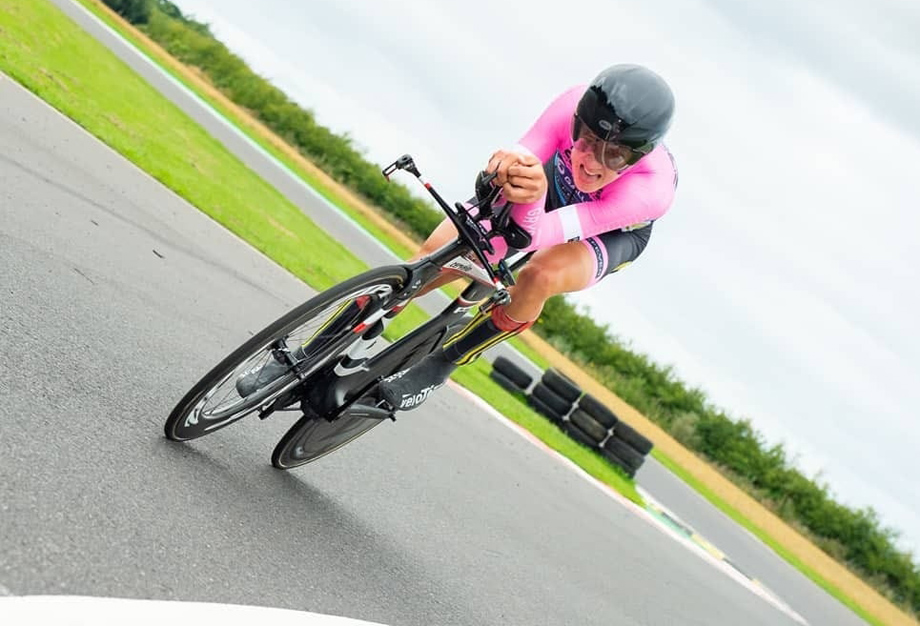 # A young man who knows where he wants to go, we’ll be keeping our eye on the u23 results for him. You can find more info on the Dave Rayner Fund here: www.daveraynerfund.co.uk. Thanks to all the photographers. # 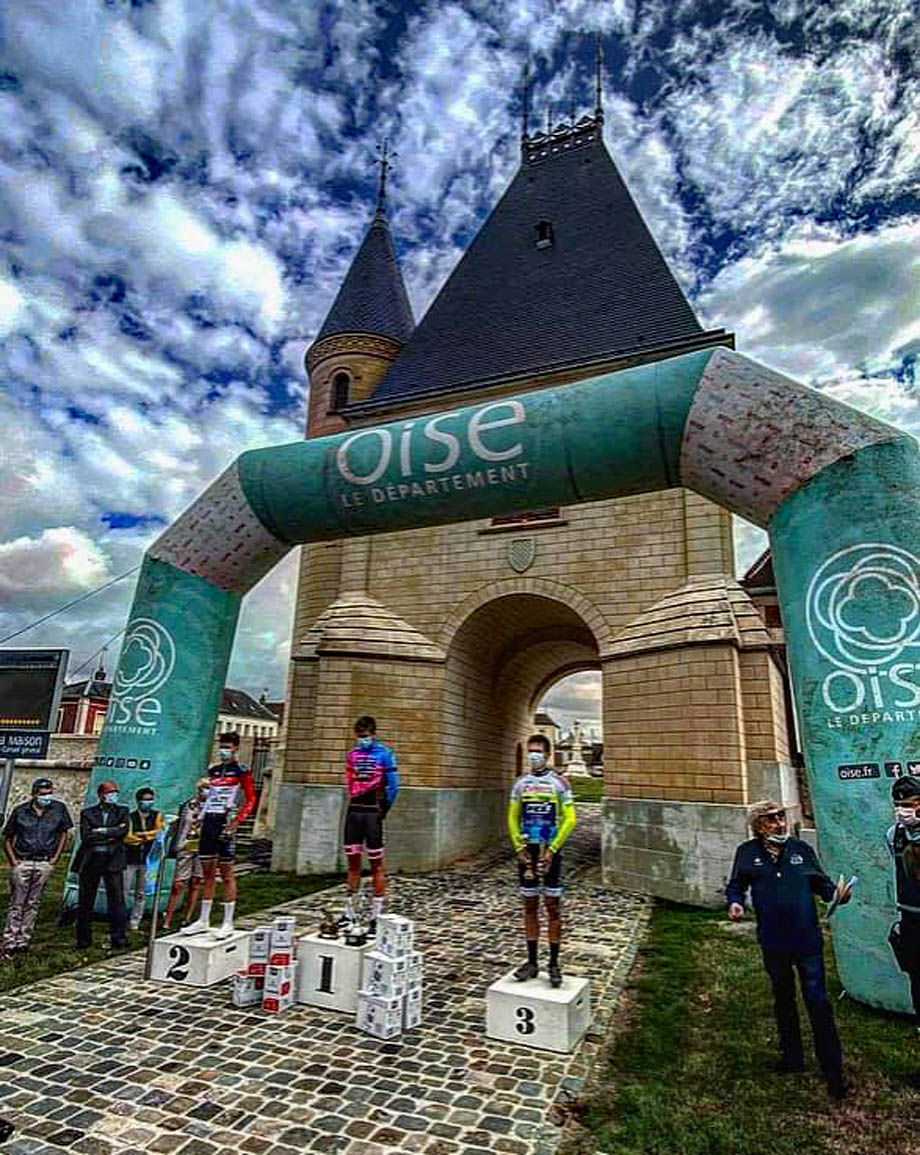