Rider Interview: Steve Cummings, Adam Blythe and Dan McLay all by-passed the British Cycling path to fame and pro contracts. The next to follow in their footsteps is young Welshman, Stevie Williams, who is getting on quite well, thank you, with the SEG team in 2017 and is looking for more success next season. 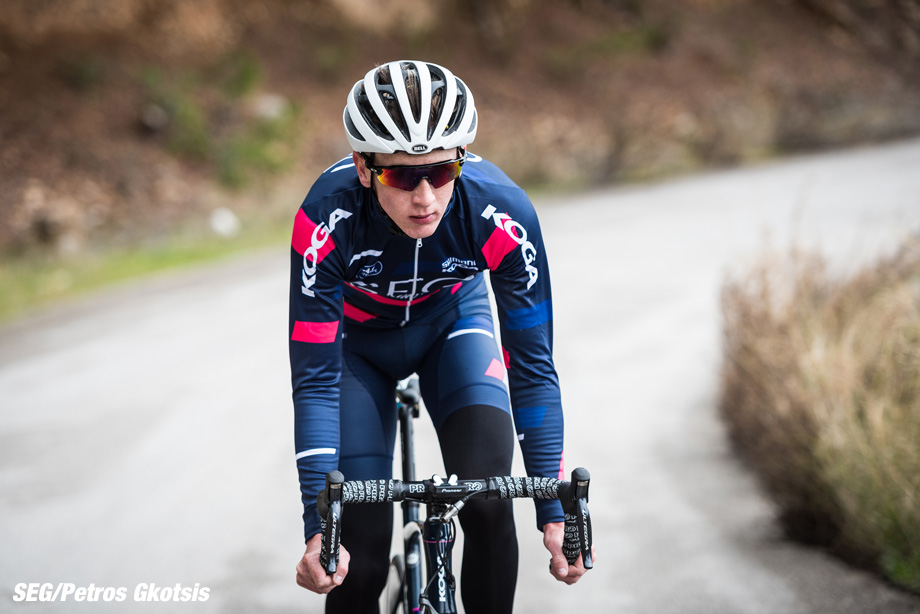 It may seem as if the only way to ‘make it’ on the continent if you’re a British rider is via one of the British Cycling ‘plans/programmes/academy’ but there’s still the ‘old fashioned way;’ approach teams on the continent, seek a ride and take it from there.

If you’re a PEZ regular then you’ll have read our recent interview with his team mate Fabio Jakobsen who for 2018 has graduated from SEG to Quick-Step – Stevie is hoping to tread a similar path. 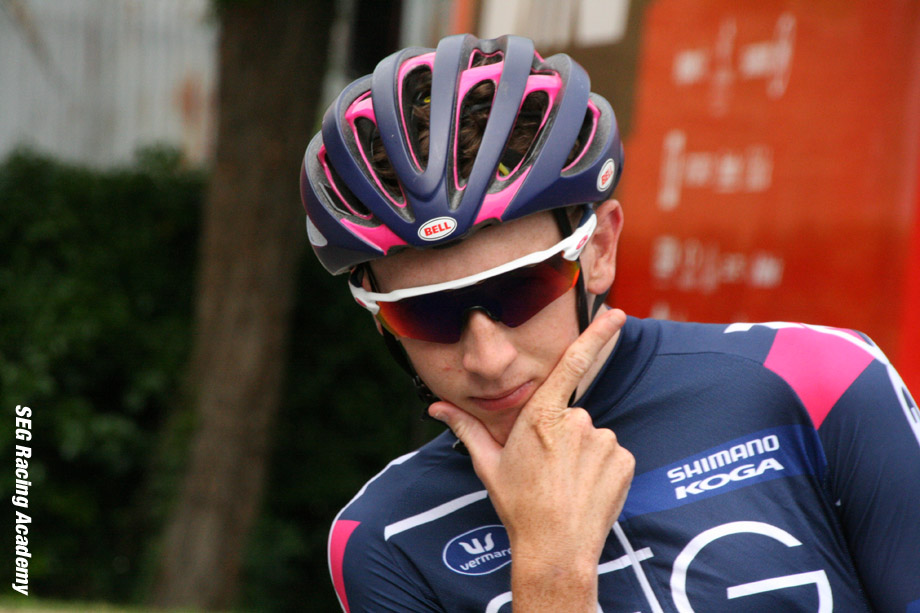 Here’s what Mr. Williams had to say to PEZ the other day:

PEZ: Basics first please, Stevie – age, where from and how did you start out on the bike?
Stevie Williams: I’m 21 years-old, from Wales. I began cycling after I had a road bike for Christmas. I didn’t take it seriously until I became a junior in 2013. Ever since then I’ve enjoyed racing my bike and I’ve progressed to where I am now, with SEG. 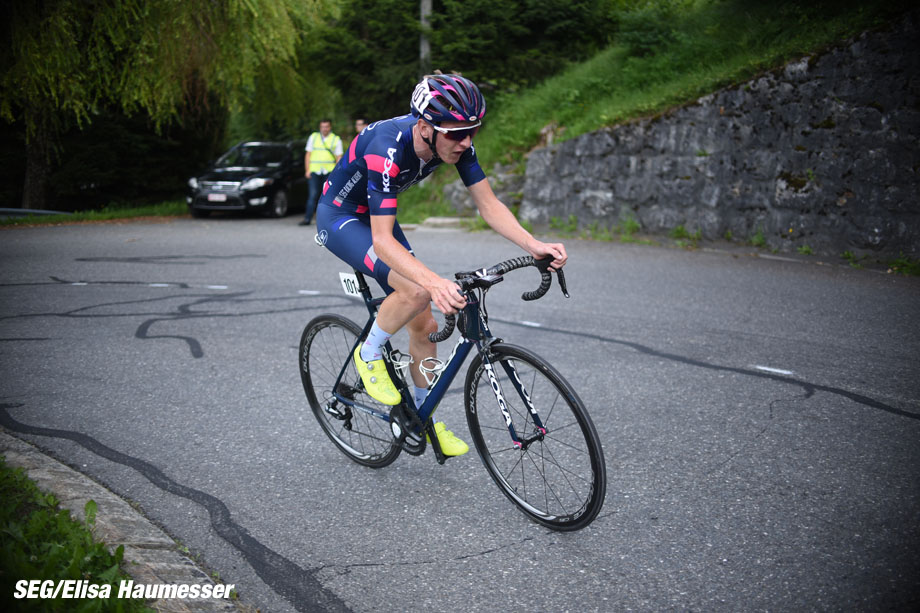 PEZ: How did you get the SEG ride?
I got the ride with SEG late in the season of 2016, after flying to The Netherlands to take numerous tests and to meet the team I received a phone call from Bart van Haaren (SEG Racing Academy’s Manager) which secured my place on the team, I was really happy with this. 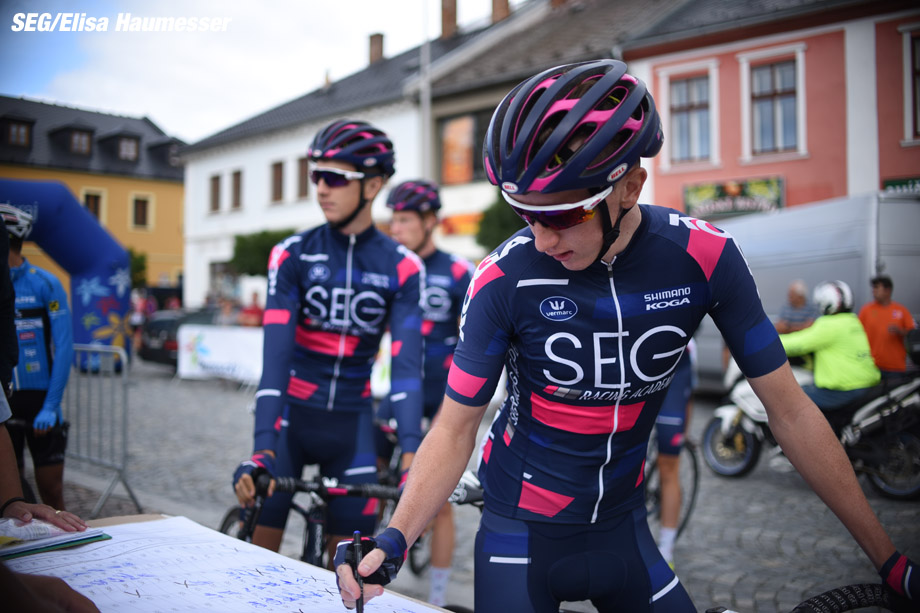 PEZ: Tell us about SEG Racing Academy.
SEG Racing Academy have a great set up, from the riders to the staff, it’s a great atmosphere on and off the bike, with a perfect race calendar it’s a great place to be able to progress and develop as a young rider, with the help of all the coaches and staff.

PEZ: Did you ride much in service of young Mr. Jakobsen?
To be honest, my race program was almost complete opposite to Fabio’s. I was doing the hillier stage races and Ardennes races whilst he was focusing on the flatter stage races and classics, we didn’t spend too much time with each other at races, thinking back the only race was U23 Giro d’Italia. Nevertheless we had a great relationship on and off the bike, and I wish him the best with his move up to WorldTour next year. 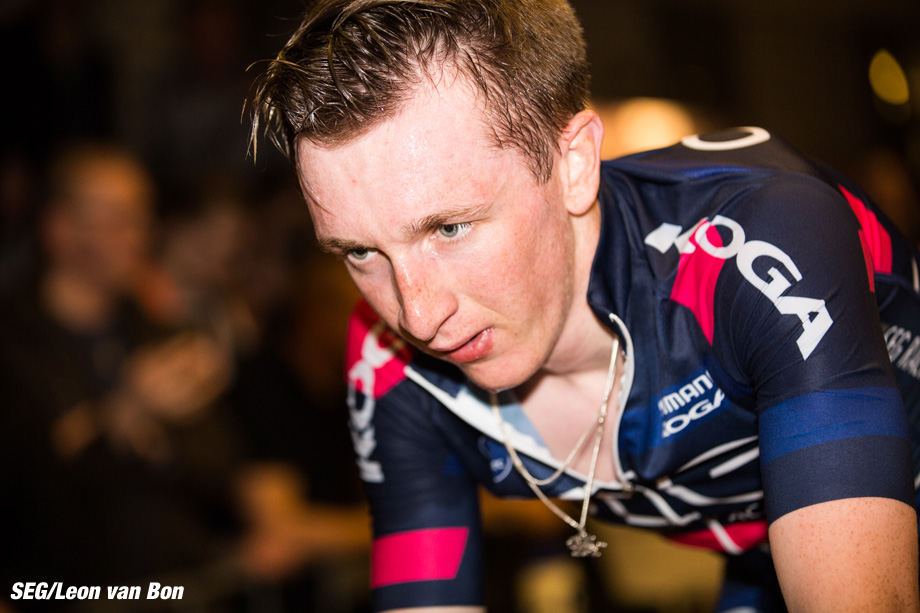 PEZ: You were with JLT Condor last season – British team mentality/Dutch team mentality, how do they compare?
The change from JLT condor to SEG was always going to be strange, going from a British team with British riders and staff to an international team would have its difficulties for sure, travel, language, etc. But I dealt with it well, I settled in fairly quickly and it didn’t take long for me to relax and be myself. 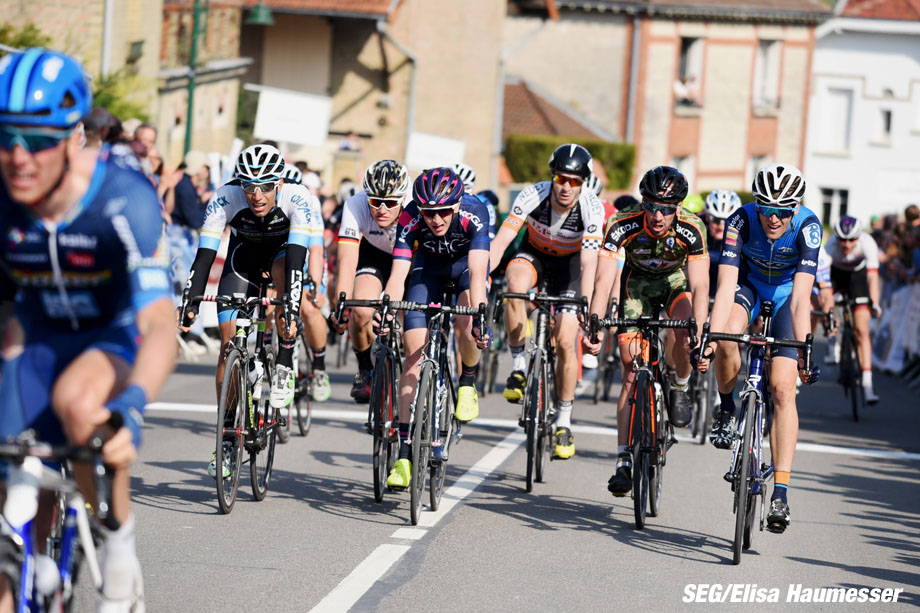 PEZ: The Ronde de l’Isard; two top six stage placings and just missed the top 10 on GC, a strong performance.
The Ronde I’sard was a great race, the first time in the high mountain for me, I looked forward to this race ever since I knew my race program in February. Coming away from France with a couple of 6th places and 11th on GC was great for my confidence. 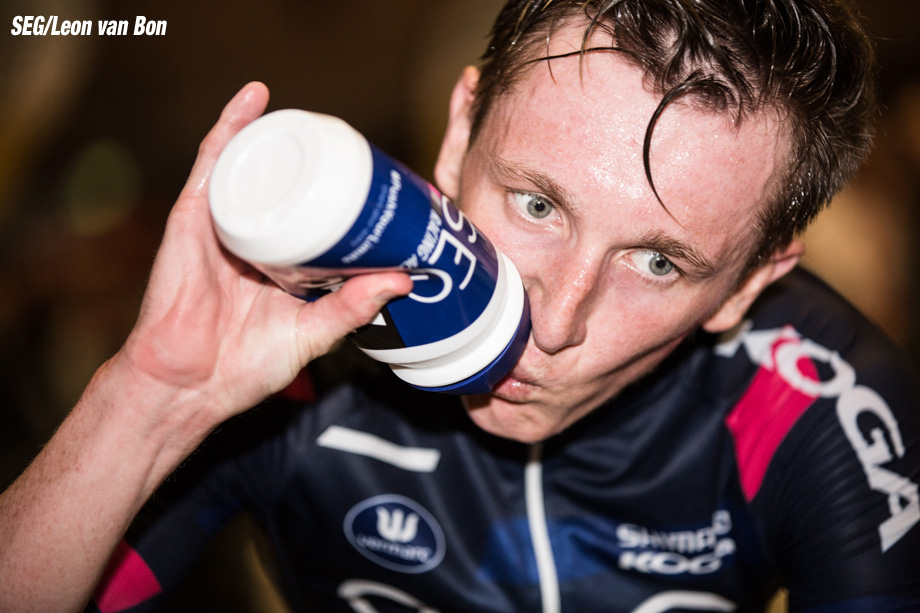 PEZ: A long season right up to 15th place in the Famenne Ardenne Classic on October 11th.
My season started in March and ended in October, this was the longest season of races I’ve done, this is another good thing about SEG, it has a long season of great races; this was something I needed.
Coming off the back of Fammene classic with a good result was good for my morale going into the off-season. 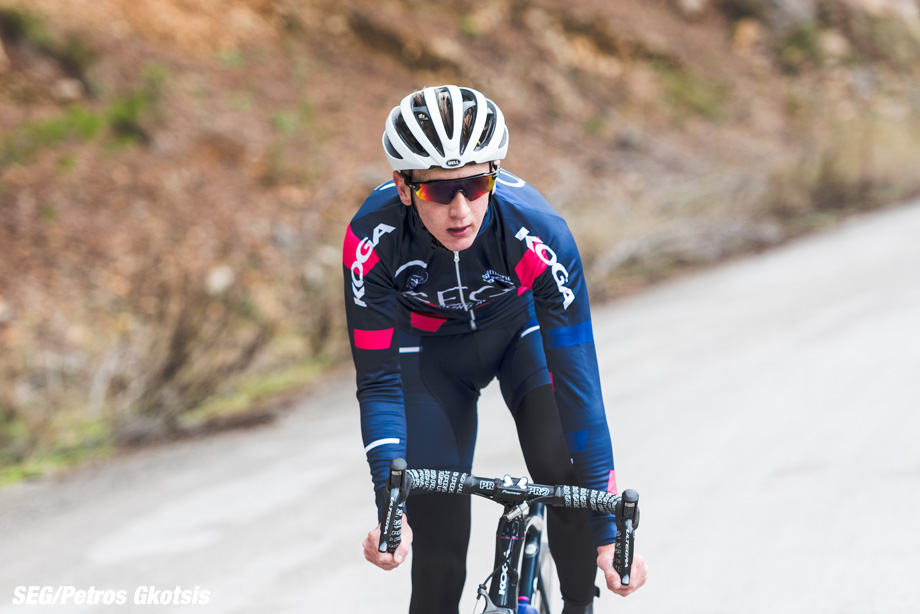 PEZ: Second in the Flèche Ardennaise, a nice finish but any ‘what ifs’?
Second in Flèche Ardennaise . . . second place is always a tough pill to swallow. Of course when you come that close to winning, naturally as an athlete you question yourself and rethink things, and where you could have done things differently. But overall second place was another step forward for me, after missing Liège-Bastogne-Liège a few weeks before through illness, I was happy to do a result in the Ardennes. 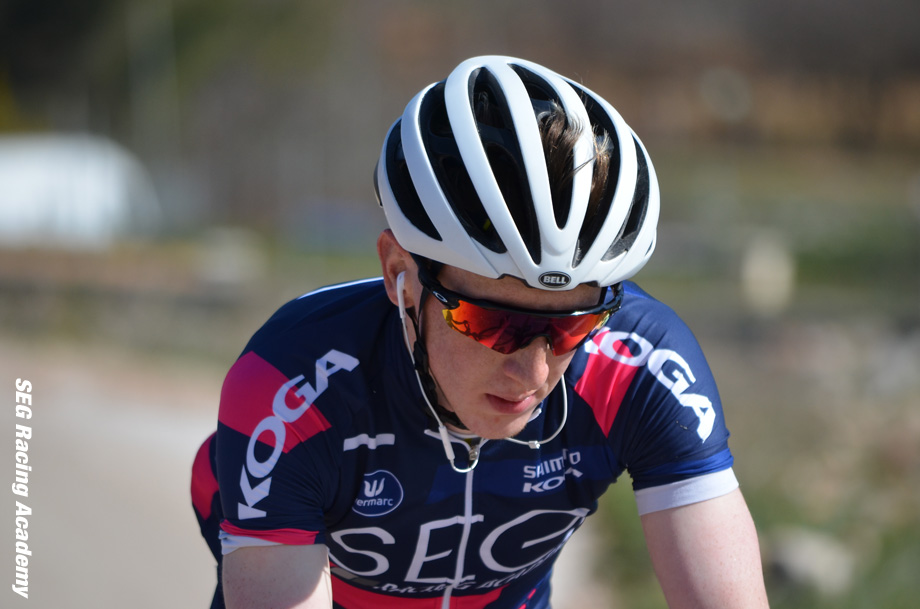 PEZ: Which races suit you best?
At this moment in my career, my favourite parcours are in the Ardennes, short sharp climbs around five minutes in length, when a small group goes to the finish I like to have confidence in my sprint, over the next few years I’m hoping to develop myself into a GC rider and work on my skills on the longer higher mountains. 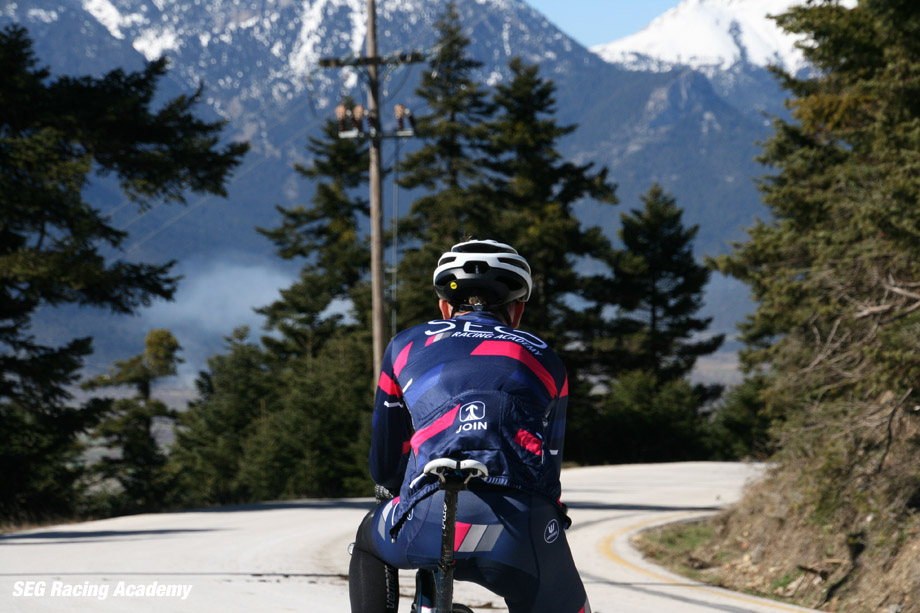 PEZ: Do you have a coach ?
I’ve worked with Vasilis Anastopoulos for a year now, he is one of the coaches at SEG; I have a good relationship with him. We understand each other and there is never a hesitation to give him a phone call if I have a problem or if something isn’t going well, I feel this is important to have with a coach. We have a good relationship and he has my best interest at heart to progress in cycling.

PEZ: Tell us about your winter preparation.
This winter is similar to last year, get a good base going into Christmas and slowly progress into the racing season with specific efforts to get myself finely tuned for my goals. 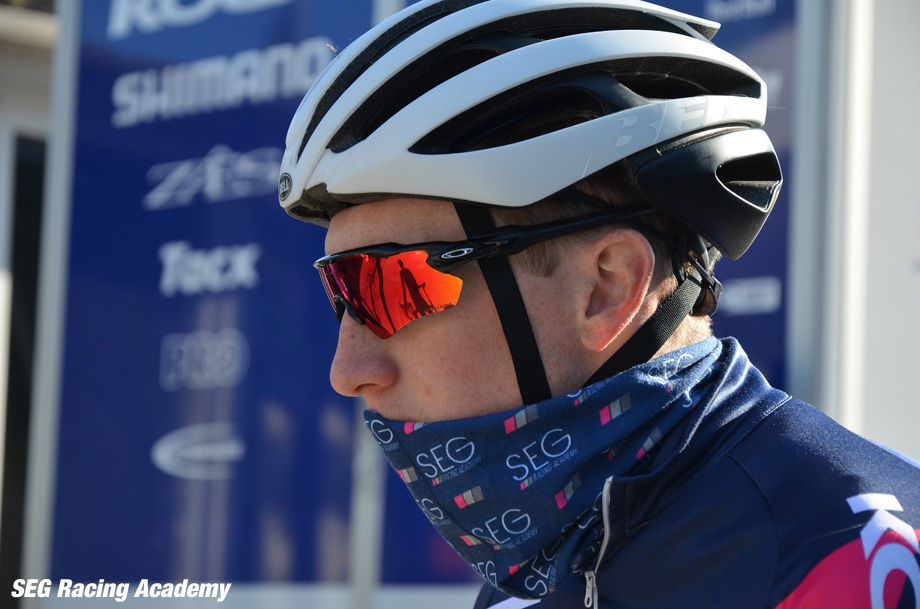 PEZ: What’s 2018 about for you?
My goal for 2018 is to win bike races. Race consistently well, become all round a better rider, and look to follow through well with my targets and goals. Also to help my team mates whenever they need me. 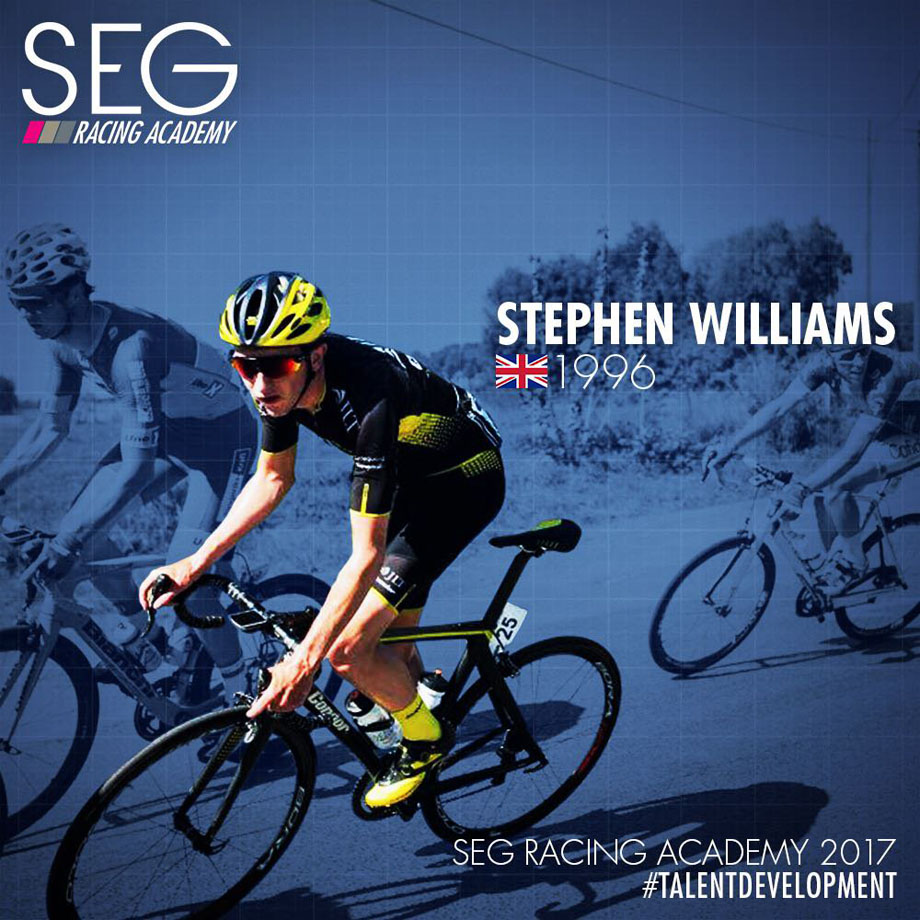 # Stevie Williams is yet another rider helped by the Dave Rayner Fund. #

STOP THE COLD WITH SIDI!