INTERVIEW: Interview: Skylar Schneider knows the Tour of America’s Dairyland better than most – she’s raced it a half dozen times, over almost a third of her lifetime. And as a pro rider for the powerful Boels Dalmans cycling team, she’s looking forward to this year’s TOAD and its laid back, fun to ride atmosphere and some serious speed work in America’s Midwest.

Here’s the transcript from our interview…
PEZ: PEZ fans – Thanks for joining us once again for another fantastic interview. Today, I’m talking with young racer Skylar Schneider who may only be 20 years old, but she’s got a lot of experience. Two years at the World Tour level, four years at the Pro level, a whole lot of other years racing her bike. In fact, she’s been racing her bike for almost half of her life. And she’s looking forward to Tour of America’s Dairyland which is coming up in June this year. So we’re going to have a great little conversation about that. Skylar, welcome to the program, welcome to PEZ. Thanks for taking time to talk to us.

Skylar:  Thank you, thank you for having me.

PEZ:  So, we’re here to talk a little bit about a bunch of things. For sure, Tour of America’s Dairyland. But for PEZ readers who may not be that familiar with you, I’m wondering if you can tell us a little bit about yourself. How you started, how you got into racing, and kind of bring us up to where we are right now in terms of your racing career. 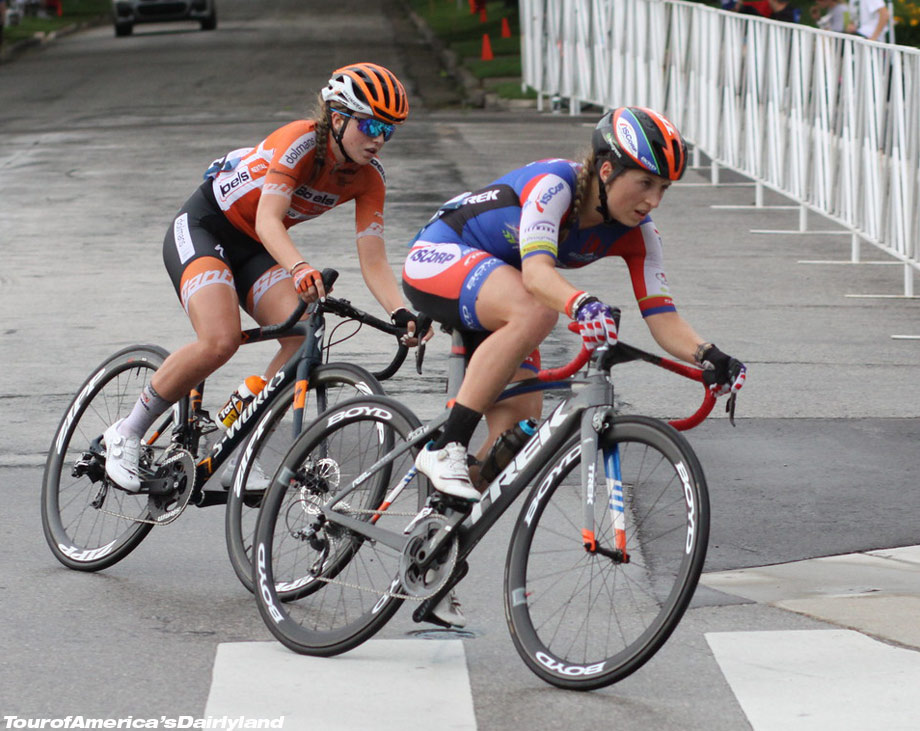 Skylar:   Sure. So I’m from West Alice, Wisconsin. Both of my parents used to race. They focused on the track a bit more than the road. And now, I grew up watching my older sister race. And she actually grew up watching my mom race. So cycling is very much a family sport. I did my first BMX race when I was four. Yeah. BMX around the US for a few years while I was in elementary school. But really loved doing that with my siblings. Then my dad introduced me to some track and cycle cross, which were both very fun. But when I was 12, I did my first national championships on the road, and I actually won that. And from there, I was hooked with road cycling.

PEZ:    Wow. So you being basically riding at a national level for about eight years, which is almost half of your life.  So you kind of know your way around a bike race, then.

Skylar:    Yeah. Despite being the youngest in the peloton, I’ve a lot of years of experience.

PEZ:  Are you a full time professional racer?

Skylar:  I’m also a student. I’m taking courses with UW College’s online, so I do that and am a professional cyclist.

PEZ:  How many hours of your week is devoted to your racing career right now?

Skylar:  It feels like 24/7 because when I’m not riding then I have to think about recovery or nutrition, so it’s a consuming job. I don’t really think there’s any time off.

PEZ:  And what is your racing schedule like for this year?

Skylar:  So I spent two months in Europe this spring. I started in Valencia with the Women’s Tour of Valencia. And then I did a lot of the one day classics in Holland and Belgium. I just got back from Tour of California last week, and then next I’ll kind of transition into some criteriums with Tulsa Tough and Tour of America’s Dairyland.

PEZ:  That’s a pretty big season. How did you like racing in Europe? Was it your first time racing over there?

Skylar:   No. I’ve been racing in Europe about three and a half years. And this is my second year with Boels-Dolmans. Even though it sounds like a long time, it’s just been a few months at a time, so it’s been really a big learning curve each time over there. I feel like there’s still a lot to learn.

PEZ: Tell us a little bit about the team.

Skylar:  Yeah, I really, really love racing with Boels-Dolmans. The first year, it was a big commitment to leave home for three months. It was the longest I spent away from home. But for how much I really appreciate the opportunity, and being with my teammates and the team staff, it’s really, really a positive environment. And so then I made the decision to sign for two more years, because yeah, I’m really happy with the team. I love it. 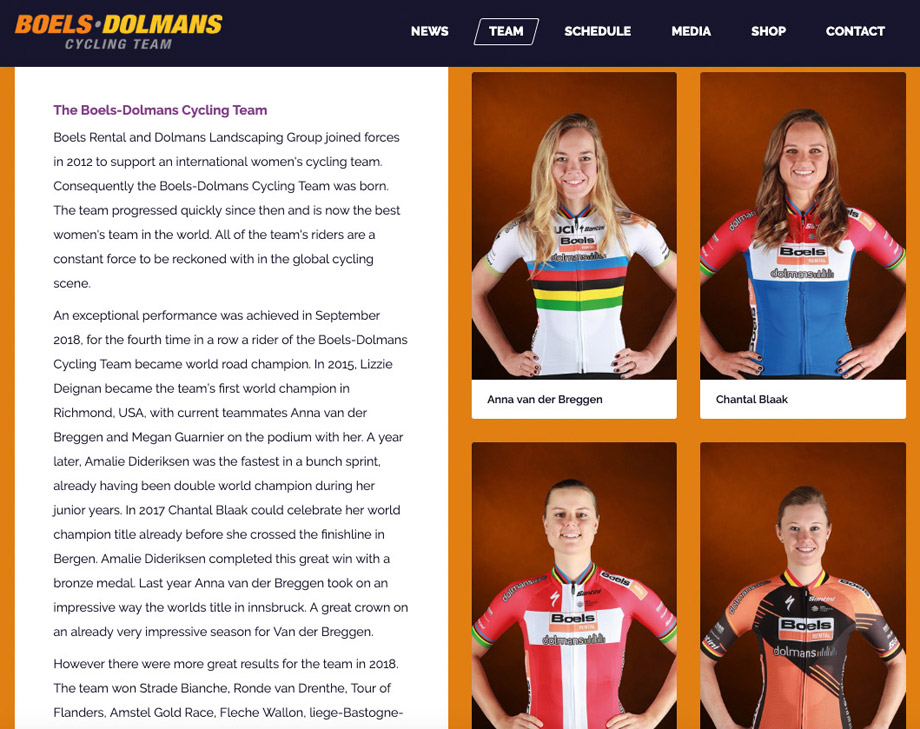 PEZ:   You’ve got some heavy hitters on that team. There’s a lot of experienced world champions on there. Did you feel at all, I don’t know, intimidating joining the ranks of some of these women?

Skylar:  Absolutely. Especially because I’m so much younger, and I don’t come from Europe. So I knew I had a lot to learn, but I knew that the best possible environment to learn in is to be surrounded by these champions. My very first team camp, I was roommates with Anna van der Breggen, so I was pretty nervous at first. But she’s such a good person that she kind of taught me the ropes from the beginning.

Skylar:   I remember two years, my goal was to win the best amateur jersey. And then as I was progressing the goal switched to winning the actual races. Being able to race it every year and see how I’m improving has been really cool.

PEZ:    And it’s your home race which is cool.  That’s got to have a whole different flavor compared to all the other races you’ve gone to. Are you known around the circuit as one of the homies?

Skylar:   Yeah. The whole family, all of my friends, everyone comes out to watch. To be able to race in front of them and hear them cheering, it’s really special. 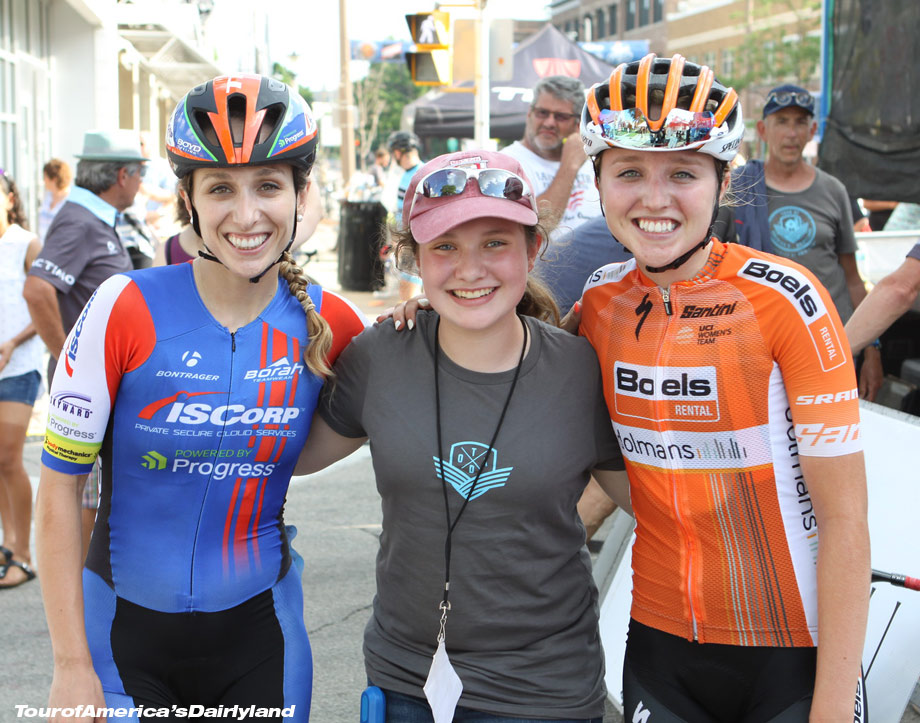 PEZ:   It’s really a different race from so many other races in the US and around the world. What do you think makes this race so cool, and what’s different about it from other races that you’ve been at?

Skylar:  To have 11 days in a row alone is an impressive amount of races. And how well organized they are, for being such a long series, is always extremely impressive. It takes a lot of volunteers and a lot of hard work. As racers, we really appreciate that. It’s really neat to see the charm in each different city, and to see what each city has to offer makes every race day unique. It really doesn’t get boring as the days go, it gets more exciting because, yeah. The crowds get bigger on the weekends and every day there’s something different.

PEZ:   Will you be racing all 11 stages this year?

Skylar:  Unfortunately, the end of the series overlaps with Nationals, so I’m hoping to do the first four to five days. Because I want to support the series as much as possible.

PEZ:    What is your training program now, heading towards Nationals? How does Tour of America’s Dairyland fit into that?

Skylar:  I have about two weeks home which, in the middle of the season is kind of rare, because normally it’s just back to back racing. I’m making the most of this time and doing some long hours. The weather in Wisconsin is finally resembling a spring, so I’m enjoying that. I’ll use Dairyland to get some more speed work in. 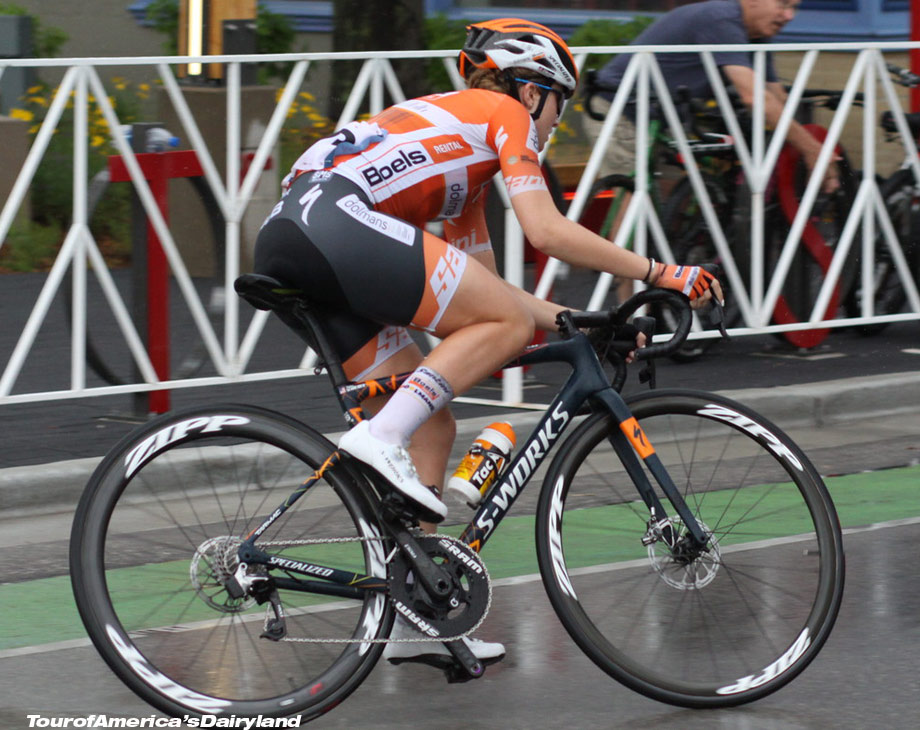 PEZ:   A standout moment from Tour of America’s Dairyland. You’ve done this race six times now, or something like that?

Skylar:    Yeah. Kind of a cool story. So it was Saturday morning, and I woke up in … I think we were in Reno, Nevada. We had just traveled there from California Nationals.  With my sister. We caught the red eye to Milwaukee. Okay, this is Saturday. We landed about two hours before Downer’s Ave. So we had someone at the airport with food and our bikes ready for us. And they drove us straight to Downer’s. And we’re watching the clock and thinking, oh, we might miss the race. And our teammates, we were surprising them that we were coming in at the last minute. We got there, they opened the team van, we’re hugging. And then we quick change, and then my sister won the race. And I won the next day. It was a whirlwind of a weekend, but it was really special to make it home and to race Dairyland. Have the family there.

PEZ:   It doesn’t get any better than that.  Is there a stage of the race that stands out for you? A lot of people have talked about Downer’s Avenue. But it’s not the only stage. There’s a lot of other great stages. Do you have a favorite?

Skylar:    I really enjoy the Tosa race. I spend a lot of time there off the bike. I go to yoga in Tosa. My favorite café is there. It’s a cool race, kind of in a neighborhood, so you get a lot of families and young kids out watching. So that’s one of my most favorites.

PEZ:   So anybody who’s watching this, don’t miss the Tosa race, because it’s Skylar’s favorite. All right. What would you say to someone who is coming to the race, and maybe they haven’t been before, or they want to come and try for the first time. What do you tell racers about why they should come, and what’s cool about Tour of America’s Dairyland? 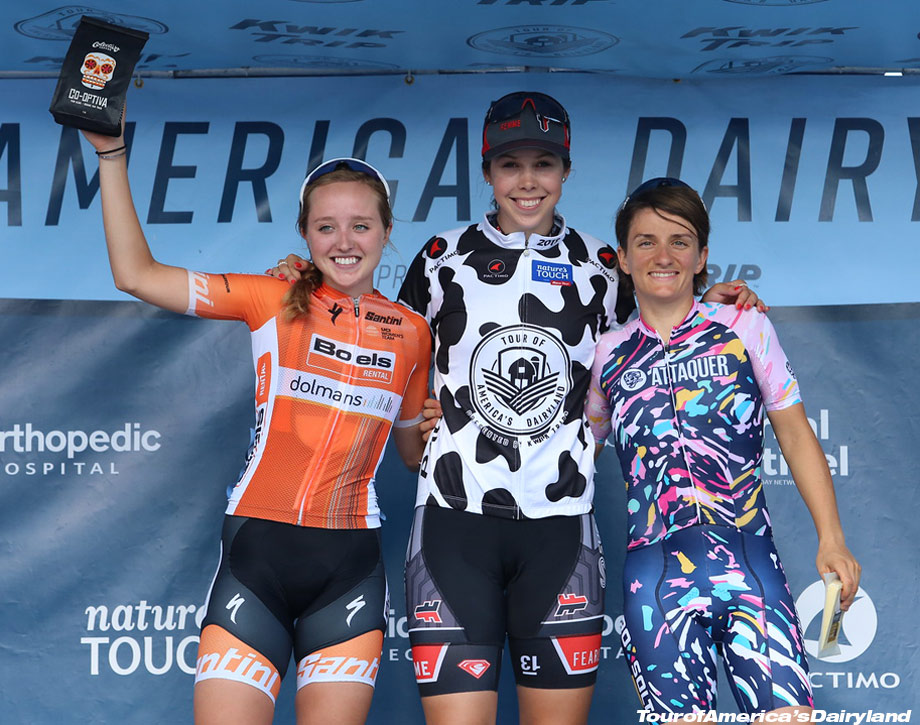 Skylar:  I definitely encourage everyone to come. You have 11 days, so that’s 11 opportunities to keep improving each day. Whatever your goals are, to finish the race or to podium or whatever that may be. You can always skip a day and come back the next day. You’re going to see Wisconsin, all the different cities at their best, with the good weather. And coffee shops and restaurants open. But the racing itself is a whole other level. So when you combine the two, it’s really, really cool.

PEZ:    All right, well Skylar, thank you so much for speaking with us and telling us about your season so far. It sounds like Tour of America’s Dairyland is going to be an awesome race, hope you do well. Good luck and I hope the PEZ fans come out and cheer you on.

Skylar:   Yeah, thank you. See you at Dairyland!

• See more about the race and register here: http://www.tourofamericasdairyland.com/register/