The Southeast Regional Series presented by BikeReg showcases some of the best amateur and elite teams from around the United States. In April, hundreds of cyclists competed in Panama City to kick off the four-state competition.

One of the men’s elite teams that has dominated the leaderboard the past few years is the United Healthcare of Georgia p/b The 706 Project (UHC/706P), which is based in Athens, Ga. New team member, 22-year-old Austin Ulich, won the Walton County Road Race in April and is currently the BikeReg King of the Mountain leader in the Men’s Pro 1 / 2 category. His teammate Andy Scarano placed second. On May 16-17, both will compete in Albany, Ga., for the second stop for SRS.

The next three SRS events will be highly competitive for teams, as individual time trials will be part of the event lineups. SRS is the only road racing series for amateur and elite cycling teams which offers points competitions spanning multiple states. This year, it expects to award more than $30,000 in cash and prizes across the four weekends. 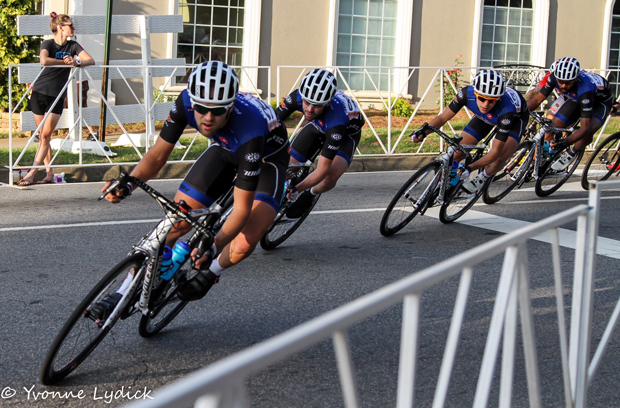 Team manager Christian Foster, Scarano and Ulich took time out to chat about the Southeast Regional Series presented by BikeReg and this unique opportunity for solid competition throughout the summer.

Christian: When I was coming up in the sport 10-15 years ago there were a lot of great races in the Southeast but no interstate series in the region. You’d have a race here and a race there, and when the weekend was over, you had a clean slate before you. The idea of a series that runs the length of the season and hits some of the region’s key cycling communities is a concept that needs to be duplicated elsewhere. It gives riders and teams alike something to guide their season and training. It helps to provide some focus and continuity which can be lacking in our sport at the amateur level.

Instead of just picking a race on a whim, the idea of committing to a series is somewhat of a break from the norm. There’s investment, there’s a longer term commitment, a bigger picture and I like that.
Furthermore, SRS offers our younger riders an opportunity to cut their teeth at a level that’s not above their heads. It’s a solid step up from a local race, but not as fast as an NCC or NRC level event. It’s solid but at the same time there’s some margin for error…if you come prepared the race probably isn’t going to spit you out the back from the word “go!” That said, make no mistake, this is real racing and the region’s top talent is typically on hand. It’s a nice fit for a team of our caliber and that’s why we continue to return year after year.

SRS has added Time Trials, which has heightened the competition. Which of your riders will race best in the Time Trials?

Christian: If I had to pick a few names I’d go with Austin Ulich and Andy Scarano, as both have big motors and go good when the road kicks up as well.

What are your team’s goals for the season ahead?

Christian: UHC/706P has found a bit of a niche in the SRS over the last few years. Winning the overall is certainly a goal, but we come to race our bikes and not just play it safe. We’ve found that if we race aggressively we end up with multiple threats and more opportunities for success. For us, it’s not about picking a guy on “day one” and putting all our eggs in that basket for the season without exploring other options along the way. It’s the top step every time out that we’re after. If we take it race by race and have success then the overall begins to take shape. It’s a process, it doesn’t just all come at once.

In addition to SRS, we’ll also look to U23 & Elite Nationals as well as regional NCC and single day NRC and UCI events. While NRC stage races are nice on paper ,they tend to be cost prohibitive for a small team like ours. By the time you factor in fuel, flights, staff, etc. you’re looking at big chunk of the budget that could easily cover 10-15 criteriums or local/regional omniums.

Andy and Austin, tell us about your first bicycles and first bike races.

Andy: My first bicycle was an 8-speed aluminum Cannondale 600 with down tube shifters. It was a hand-me-down from my parents when they used to ride and race back in the 1980s. I started riding in May of 2000, in Greenville, S.C. It was an omnium, and the first event was a time trial, and I somehow won it….despite falling over at the start from being so nervous! I went on to also come 2nd in the crit and 2nd in the road race. It was a great start to racing.

Austin: I got my first bike upon graduating high school. It was a Blue RD-1, which is a mid-level carbon fiber frame with Shimano 105 components, plenty good to race on. My first bike race was a local cat 5 race in Gainesville, Ga., which I won out of a 2-man early breakaway. 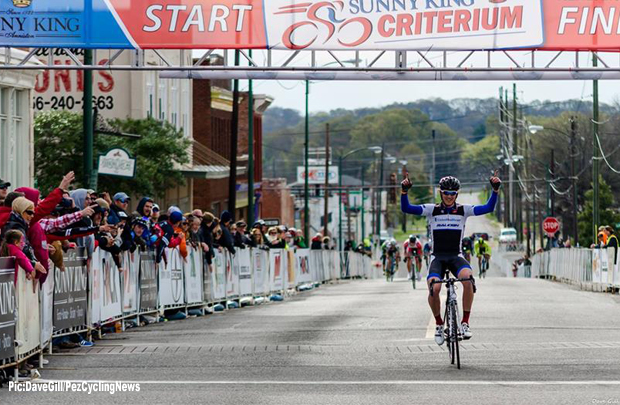 Austin Ulich posts up after solo win at the Sunny King Crit in Anniston, AL

Austin, congratulations on winning the 2015 Walton County Road Race at SRS. What did you think about the course?

Austin: It was a beautiful course that showcased the area very well. There were both tough rolling hills to facilitate attacks, as well as fast, flat sections that favored a speedy breakaway. On the day of the race, it didn’t stop raining, so the course was a bit more treacherous, however the top-notch race promoters and countless volunteers kept the course as safe and navigable as possible for the racers.

Andy, you’ve also done really well at the Southeast Regional Series over the past few years. You won the King of the Mountain title in the Men’s Pro 1 /2 category in 2013 and placed second at the SRS Walton County Road Race this year. What do you think about the courses and competing at SRS?

Andy: I was excited when this series came to surface, and I made it a real goal. I missed the very first SRS in Albany, Ga. in 2013, but came back with some solid top 5s and podiums every other race that year to win the KOM, and it wasn’t easy. My most memorable moment by far was winning the 2013 SRS French Broad Road Race, in Asheville, N.C., as well as taking maximum points that day for the KOM.

This year seems to follow the same suit, but with time trials thrown into it. That’ll be a big deciding factor. With the help of teammates, it’s easier to control the crits and road races, but the time trials will be up to the individual. It’s a nice dynamic thrown into the SRS, that’ll make the overall title much harder to earn. 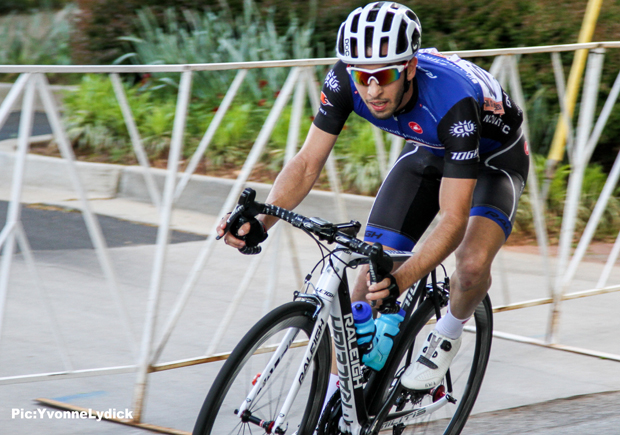 What are your goals for the season ahead?

Andy: It’s another big year for me, and I plan on having more success in the SRS. My season and SRS hopes was cut short last year after breaking my collar bone in July, so I’ll be back for a little revenge this year, whether it’s the KOM or overall, and also to help Austin who is currently leading the KOM competition. Our team has a solid crit squad this year, so we’ll be in full force. I have my eye on a few of the UCI 1.2 races as well including Winston-Salem and Thomson Bucks County Classic. It’ll be a packed, fun and exciting year.

Austin: Winning the Southeast Regional Series overall classification is definitely on my list of objectives for 2015. Other specific goals of mine are to perform well at any NCC, NRC, or UCI events that I have the opportunity to compete in. I am also traveling to the U23 National Championships in June, where I hope to earn a top result. Really I’m just trying to gain experience at pro-level events and give myself a shot at racing professionally for years to come.

What would you tell other young racers who want to make a career out of professional cycling about competing in events like SRS?

Andy: The SRS is a great stepping stone for the young and inspiring (racers) wanting to make it to the professional ranks. The competition makes it tougher for a result, and makes you fight for it more, especially with time trials thrown into the mix. Having a race series with a points structure for the overall, sprinters, and climbers jerseys makes it more goal-oriented and great tactical preparation for the young cats. All in all, the SRS is a hard, competitive, but fun race series for any racer.

Austin: My advice for young aspiring cyclists is to have fun, because it’s too difficult to ascend the ranks of pro cycling if you don’t genuinely enjoy the journey. 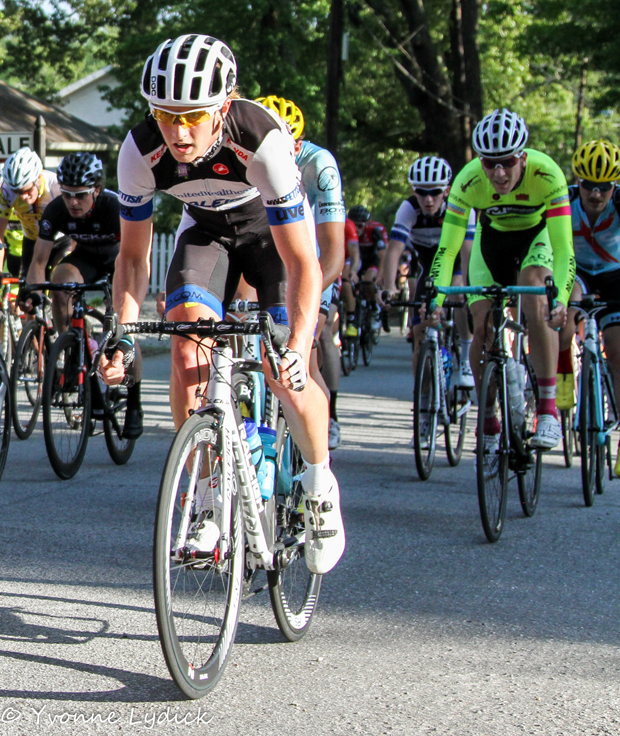