Ex Rider Interview: Allan Davis has a fine palmarès to his name and rode for some of the biggest teams in the pro peloton from 2001 to 2014. The man from Queensland has just got a new job with Lotto Soudal, so what better time for Ed Hood to catch up for a chat and to look back over his career. 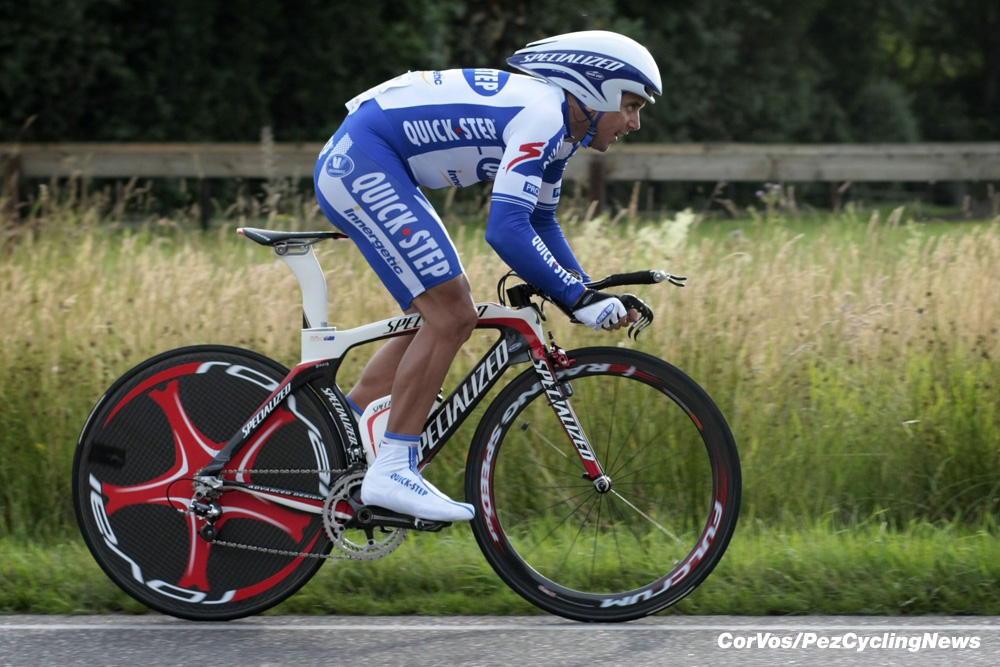 He’s ridden for some of the biggest teams of the last two decades, worked with some of the most famous sport directors of the era, finished on the podium of two of the world’s biggest one day races, worked for the UCi, directed ladies and WorldTour teams and now he’s joined Lotto Soudal as DS. We thought it was high time we had a wander through his long and varied career in cycling: Mr. Allan Davis.

PEZ: Your first pro contract was with the late Dr. Squinzi’s legendary Mapei squadra in 2001:
Allan Davis: That was a dream come true, as a neo-pro to sign for one of the greatest teams of the era – I learned a lot during the two seasons I was there. 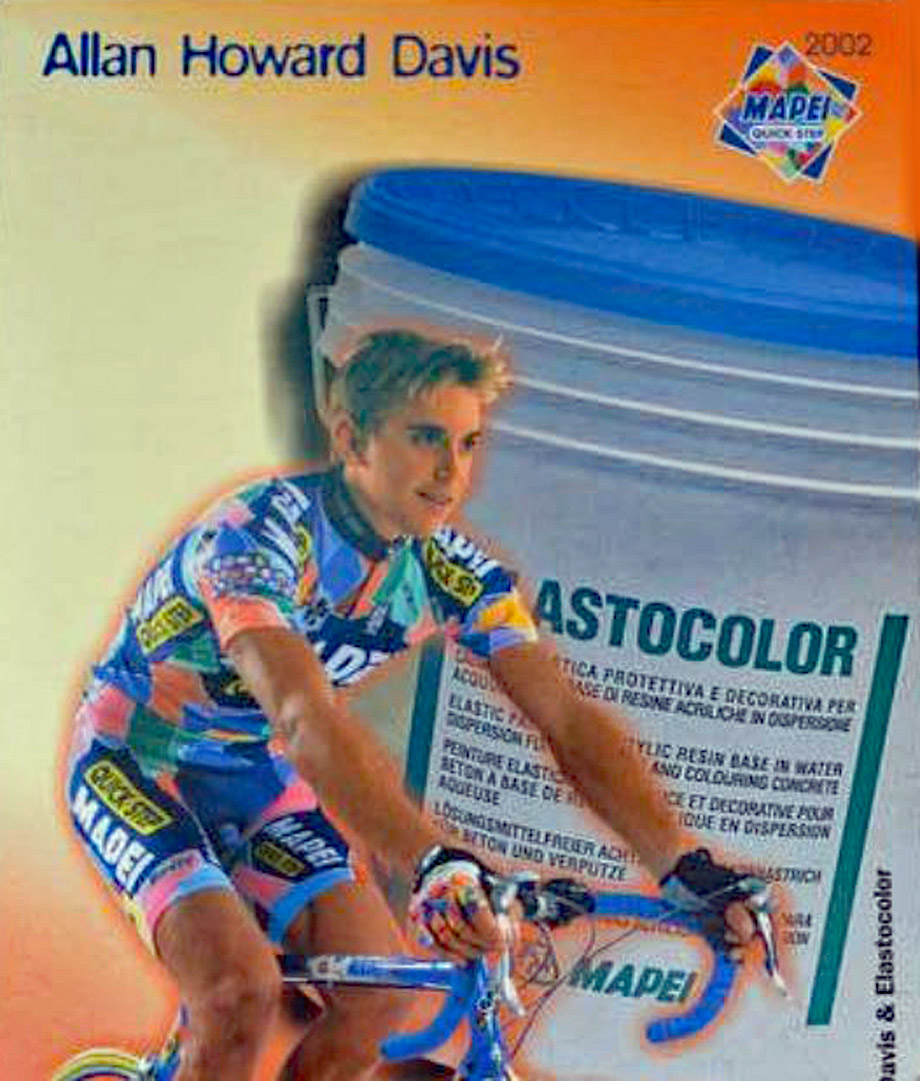 PEZ: Then another ‘super team,’ ONCE for 2003.
ONCE was more of a stage race team than a single day team like Mapei was; it was a great set up to be part of and my learning process continued. I was given my opportunities in the sprint stages; what was good about the team was that there was clarity, everyone knew where they stood and the organisation was first class. There was a real family feel to that team. 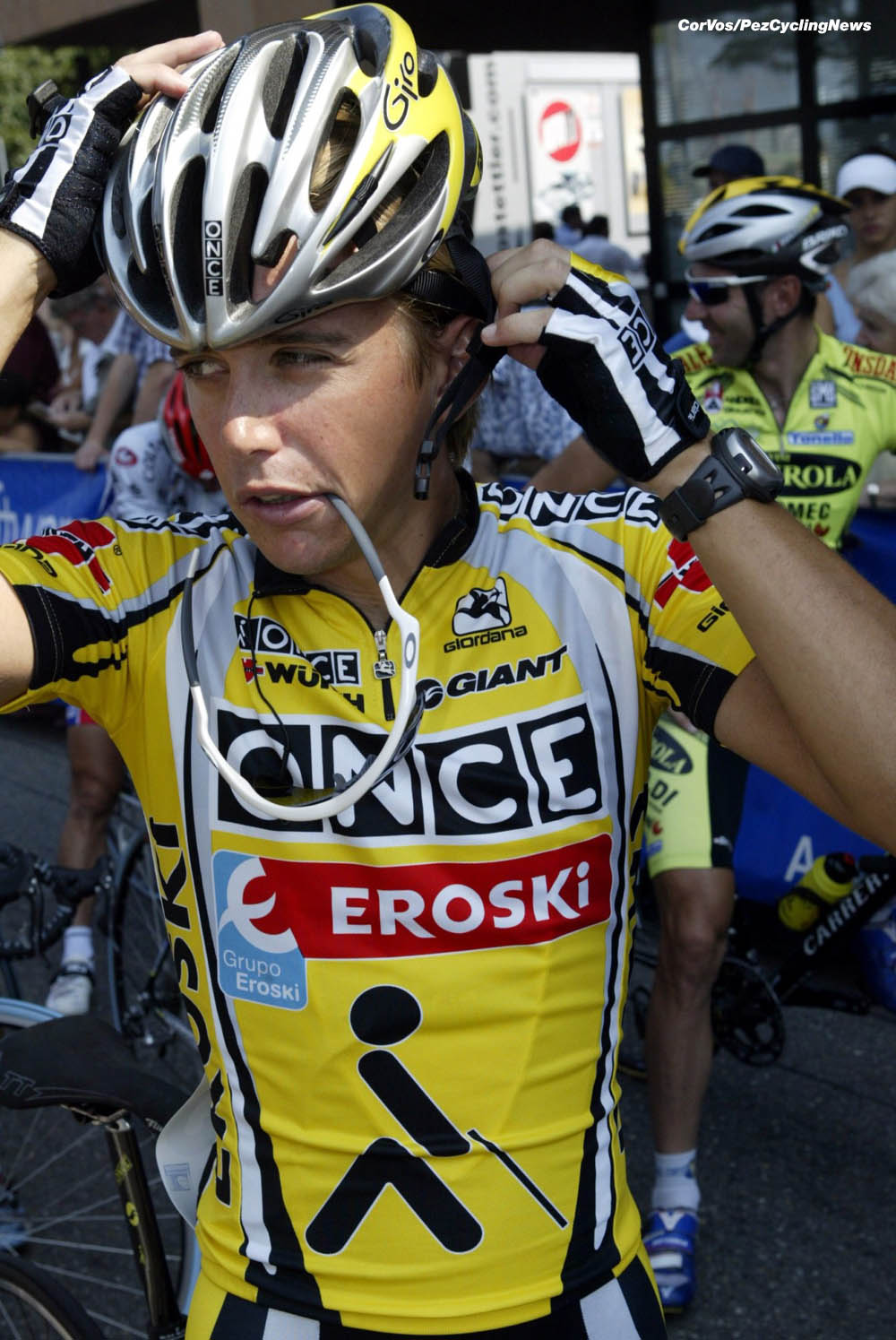 PEZ: Is that when your relationship with fellow Aussie, Neil Stephens flourished?
I knew ‘Stevo’ before then, there weren’t many Australian professionals back in his day and he was a role model and inspiration to me. As well as being a DS with ONCE he had a role with the Australian national squad – he was a great help to me, very supportive, he helped me find my home in the Basque Country. 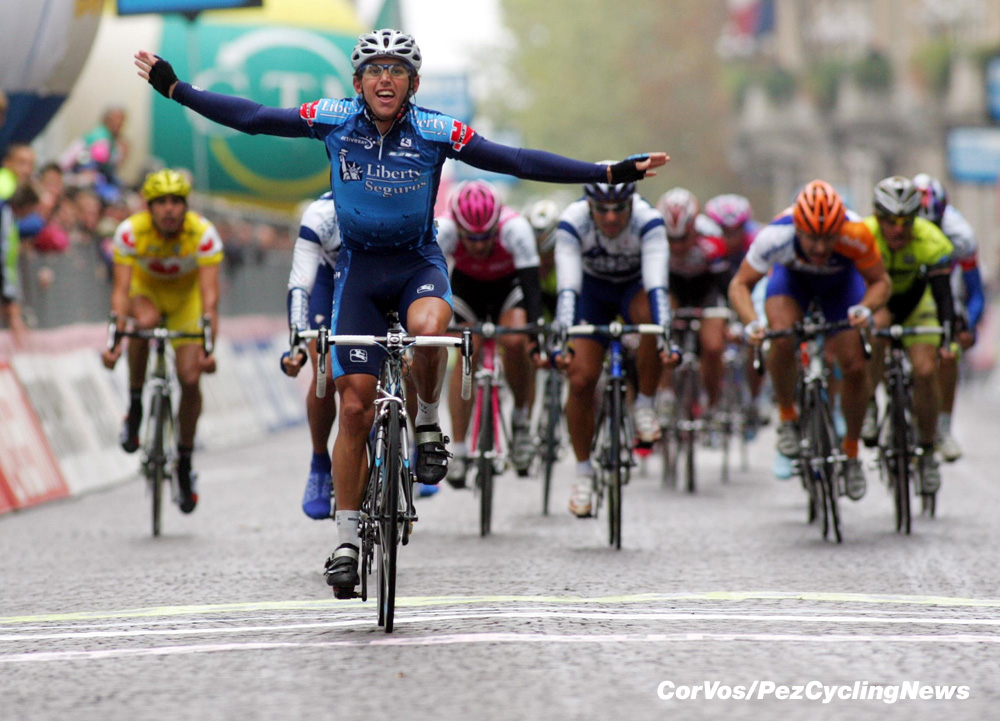 PEZ: ONCE became Liberty Seguros for 2004 and you claimed your biggest win to date in the Giro del Piemonte.
We rode a very hard, full programme that year from the Tour Down Under right through to the Tour of Lombardy. The Piemonte win reinforced the stage wins I’d picked up that year in Mallorca, Germany and Poland; to win an Italian semi-classic like that gave me a lot of confidence. 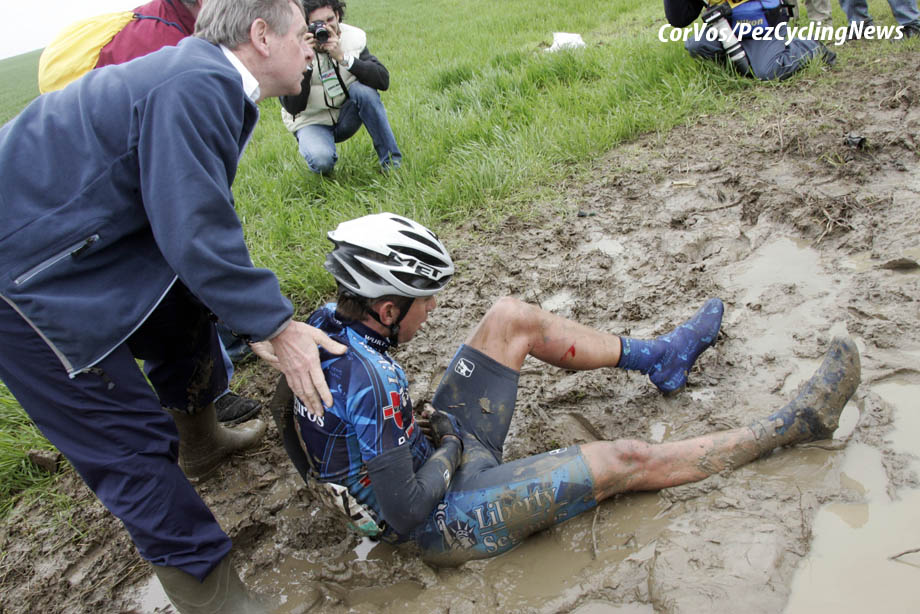 PEZ: You were with the various incarnations of the Liberty team until 2007 when you joined Discovery.
That was a good year, I had a six or seven wins and a lot of top 10 finishes; the team won the Tour de France with Alberto Contador that year, it was nice to be around that.

PEZ: Second in Milano-Sanremo to Oscar Freire that year, ‘what ifs?’
I guess there are so many memories you’d like to replay during your career; my positioning coming in to the final wasn’t the best that day, I was around 15th wheel with 500 metres to go. . . I knew I could do well in that race, the Piemonte win gave me confidence and I’d had strong finishes in the u23 Worlds, seventh in 2000 and sixth in 2000, so I knew could get a result. 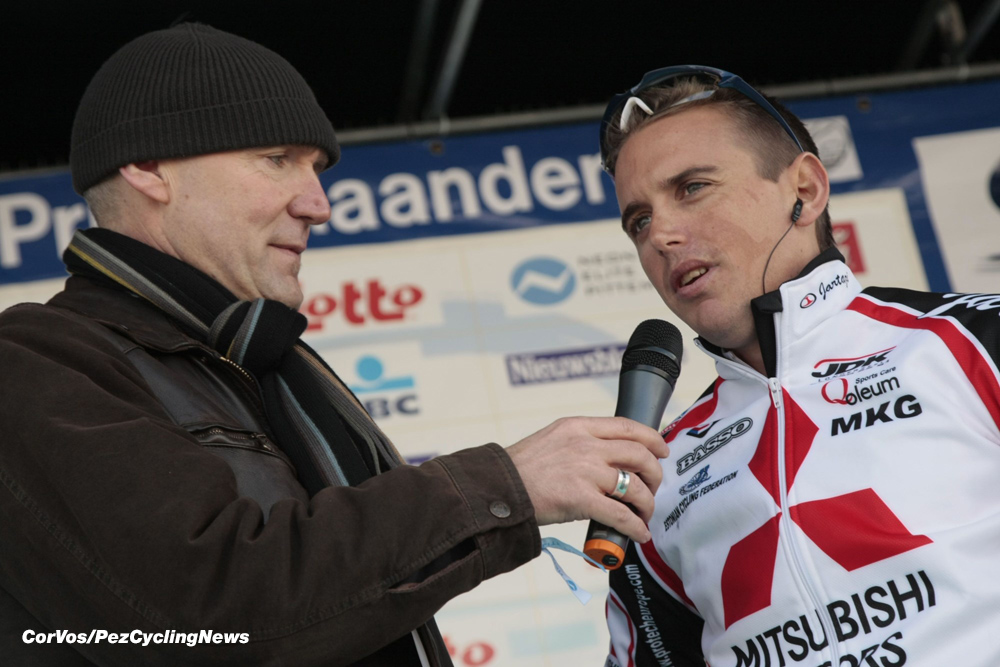 PEZ: Disco stopped at the end of 2007 and you went to yet another ‘super team’ – Quick-Step for 2008.
In between Discovery and Quick-Step I was actually with Mitsubishi Motors – Jartazi, an Estonian registered Belgian team. I’d been getting solid results in races like Dunkerque, the Circuit of Lorraine, Tour of Belgium and Burgos so Quick-Step picked me up. They were a single day and stage wins oriented team and I fitted in well. 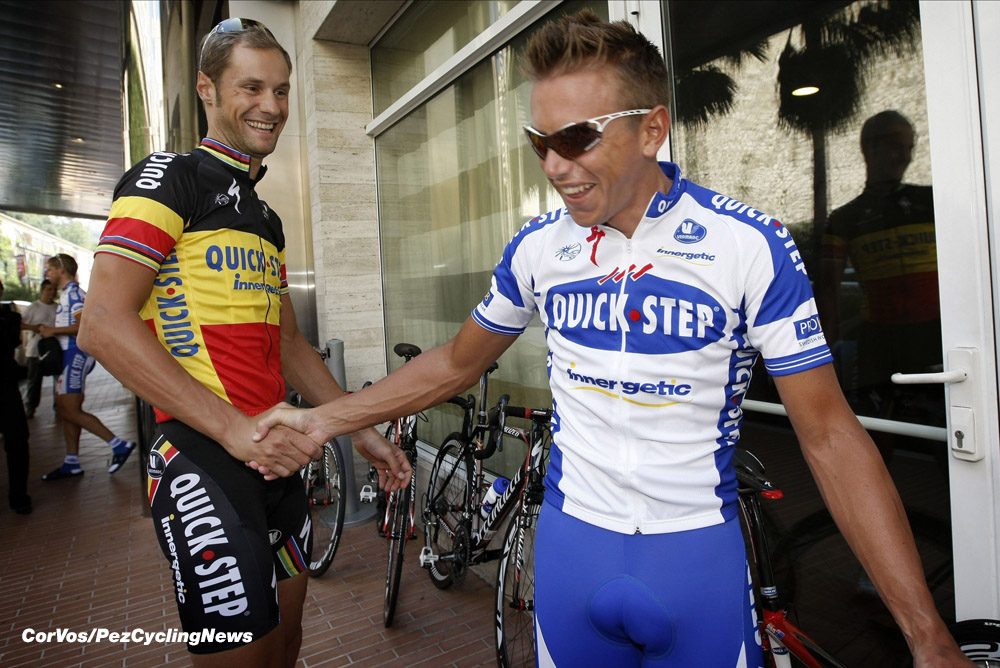 With Tom Boonen at the Tour de France 2009

PEZ: And you won the Tour Down Under for them in 2009.
That edition of the race had huge media exposure in Australia because it was Lance’s come back race. I was flying, I won three stages on the way to the overall win. I carried my good form through to Europe where I was just off the podium in Milano-Sanremo. 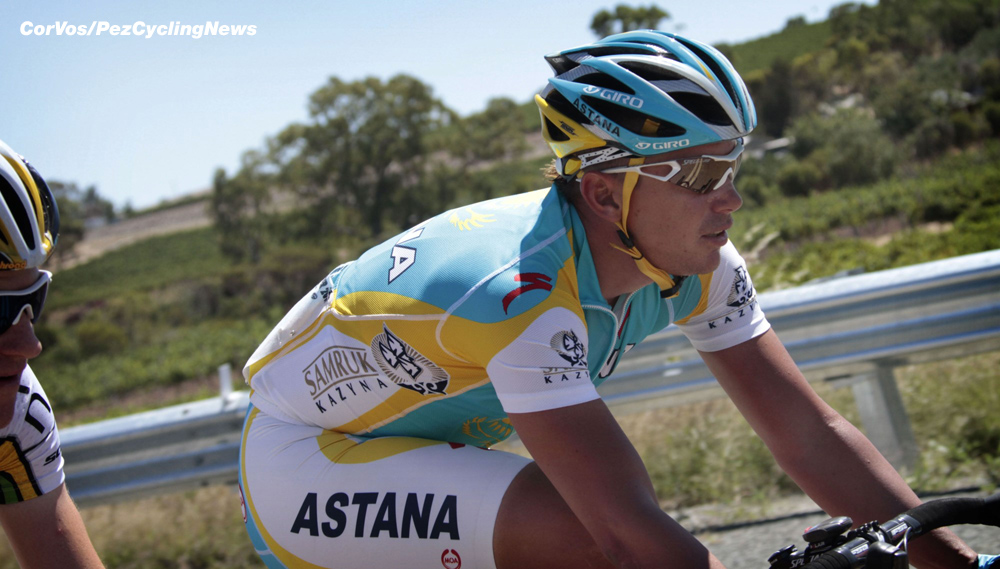 PEZ: Season 2010 saw you with Astana.
The main reason for that move was that it gave me the opportunity to be on the same team as my brother Scott; he was world junior team pursuit champion back in 1997 with Michael Rogers, Graeme Brown and Brett Lancaster and went on to ride the Giro and Vuelta. 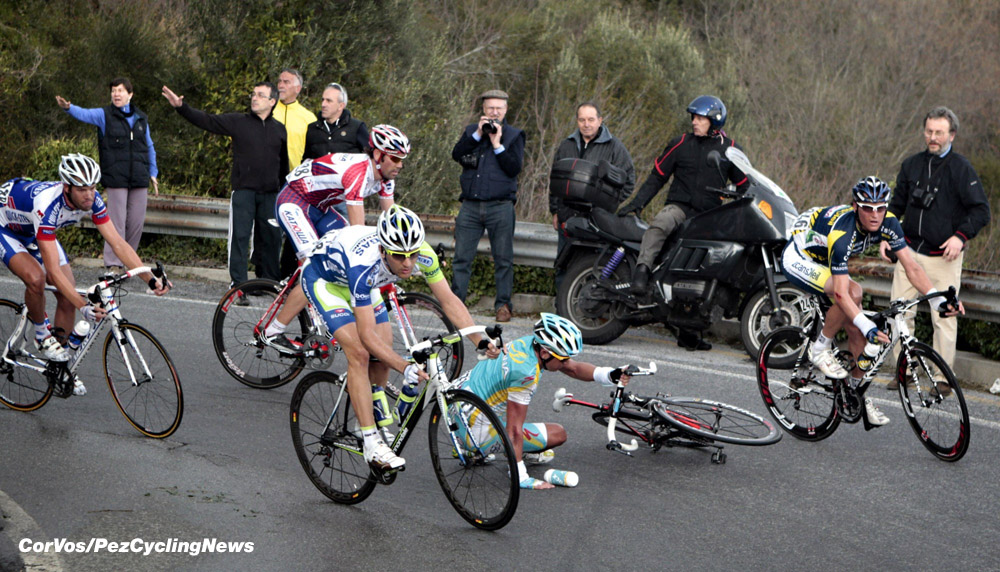 PEZ: A great end to 2010 for you, third in the Worlds and the Commonwealth Games title.
The Worlds were in Australia, in Geelong, for the first time so that was a big goal. Cadel Evans was defending champion so he was our man for the day with me having the option if it came to a sprint, which it did. It was a hard race and I rode well, so no regrets. The Games was a nice race to win, back in Australia when I was young the only races which really gained media attention were the Tour de France and Commonwealth Games. Cav was favourite but it came down to a sprint with David Millar, Hayden Roulston and me – that was a hard race in the heat of Delhi. I was third in the Games Road Race in 2006 in Melbourne where Matt Hayman won so it was good to top the podium in Delhi.

PEZ: Orica GreenEDGE for 2012, the first Australian World Tour team.
It was great to be part of history being made, a ground breaking moment. To win the Tour Down Under then be part of that team were special moments for me and Australian cycle sport. 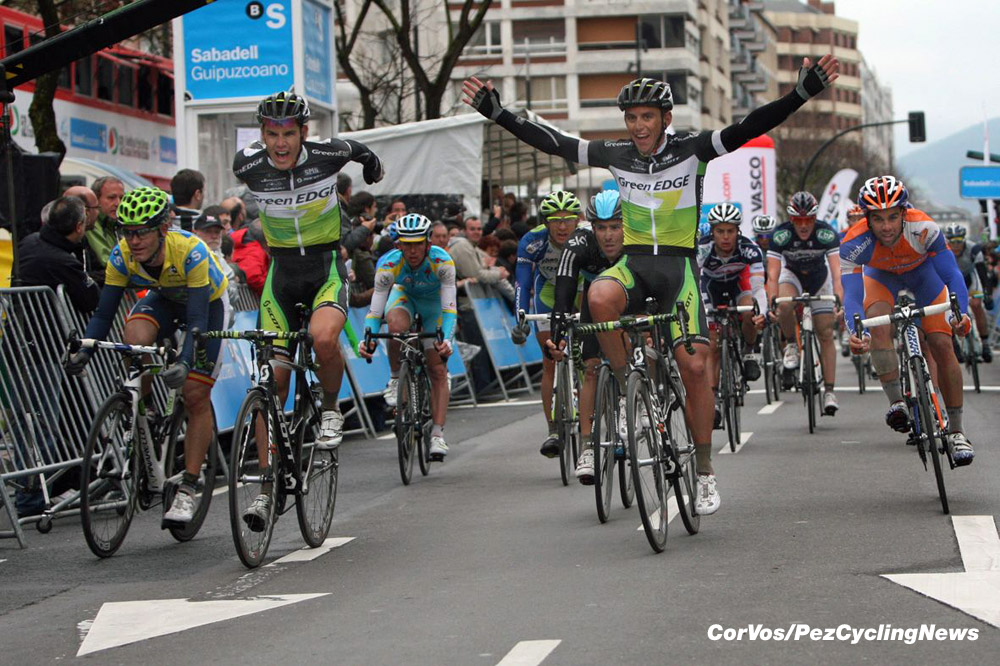 PEZ: You finished with Orica at the start of 2014 and there was talk of you going to Euskaltel?
I’ve lived in the Pays Basque for 20 years, but up until then the team had only signed Basque riders; they relaxed that rule and I had verbal agreement with them but then the team folded. I didn’t have many options so chose to end my career. 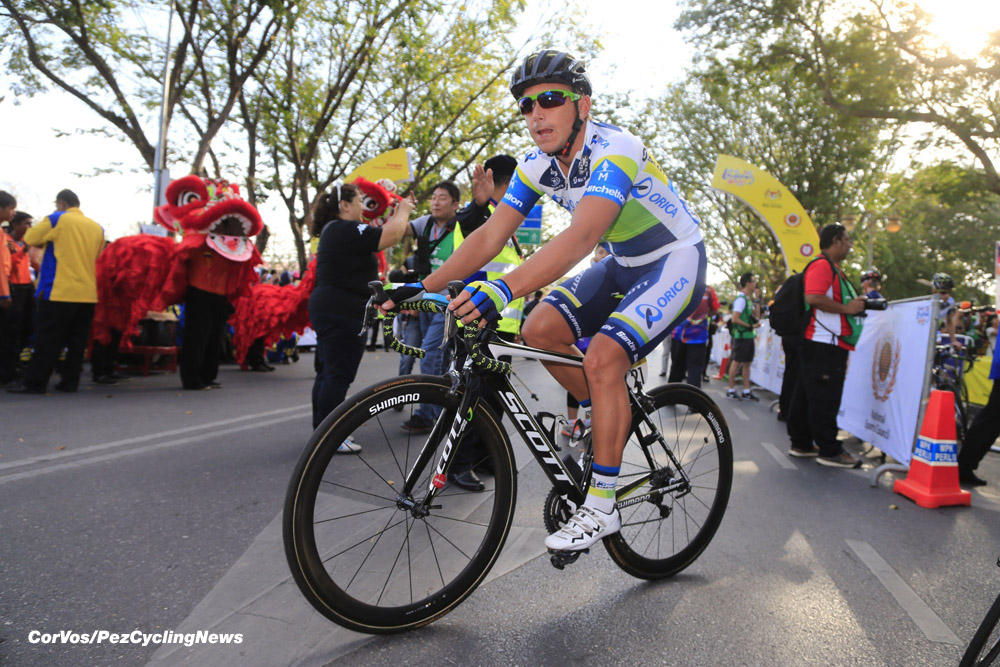 PEZ: Your next role was DS with the Wiggle High5.
That was for 2018 but as soon as my pro career ended I went straight into coaching and cycling holidays, which still continue. I have fond memories of my time with the team, I learned a lot there but already had an insight into women’s cycling, my sister raced in Australia but was lost to the sport due to a lack of opportunities so it was good to be part of the development of the women’s side of the sport.

PEZ: Then you had a job with the UCi?
That was 2019 and 2020 where my role was liaising between the UCI, World Tour races, the teams and riders and also women’s teams. Unfortunately they ended that programme at the end of 2020. 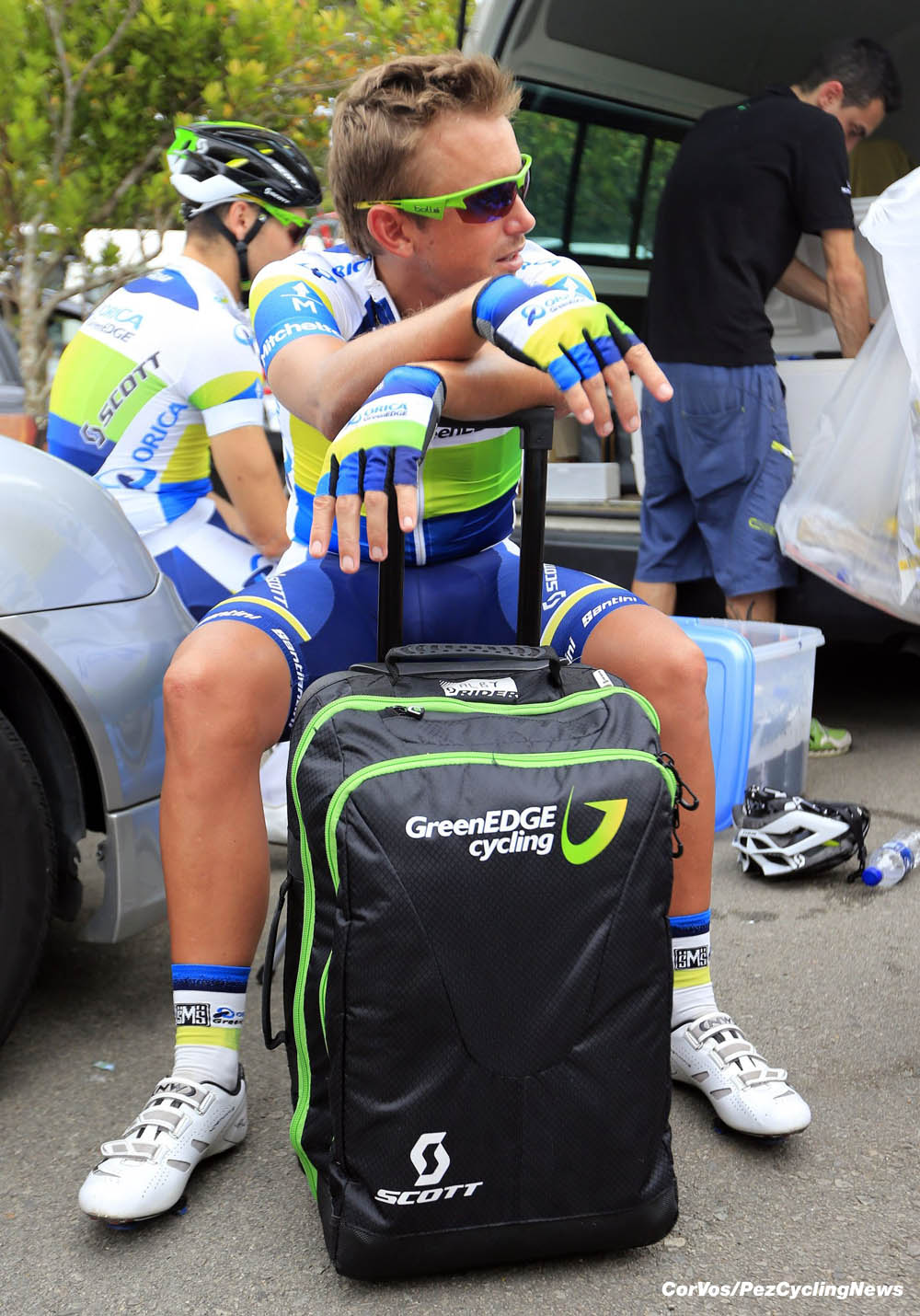 Have case will travel

PEZ: This year, 2021 you were with Israel Start-Up Nation as sprint co-ordinator, I interviewed Itamar Einhorn from the team recently, he’s quick!
The skill sets I’ve learned over the years prepared me for the role – and yes, Itamar is fast, he’s had a knee problem which has restricted his preparation but once he gets that sorted out and adds more volume to his training I think he can go far.

PEZ: The Flatlands for 2022.
Yes, Lotto Soudal, my deal with Israel was for one year and the stars have aligned for me with Lotto – there’s a change of management there for 2022, the Aussie connection with Caleb Ewan – who suggested me – and I have a great network of contacts on the Spanish scene. 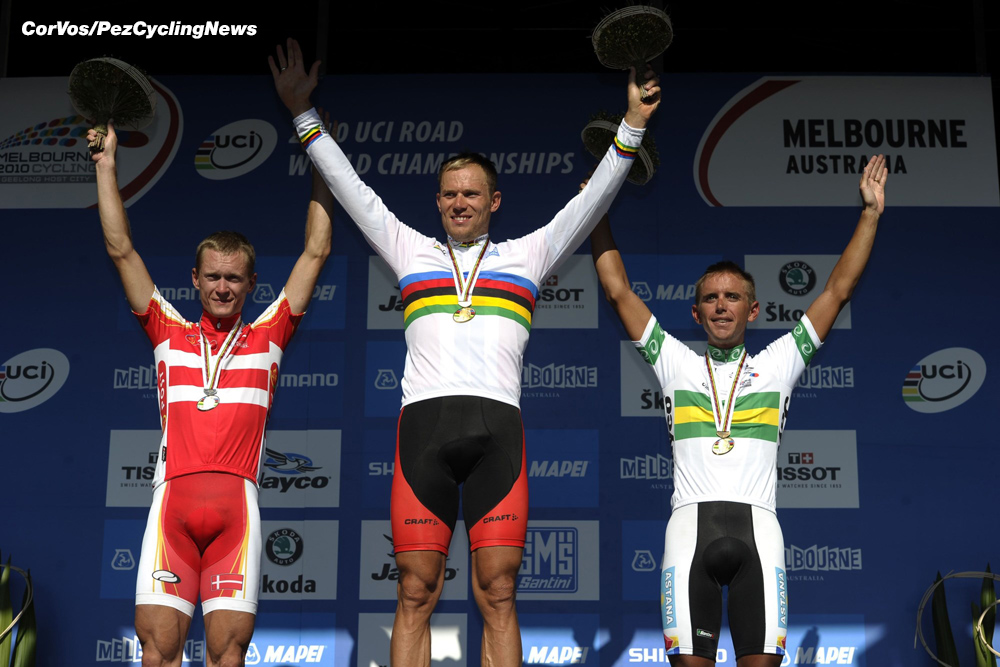 PEZ: Your career hi-lite?
It’s not just about results, it was nice to win medals at the Commonwealth Games and Worlds – but more important to me was the fact that I was a role model for young Aussies coming up through the sport.

PEZ: Regrets?
There are plenty of races where I’d like to relive the final but no, no regrets. 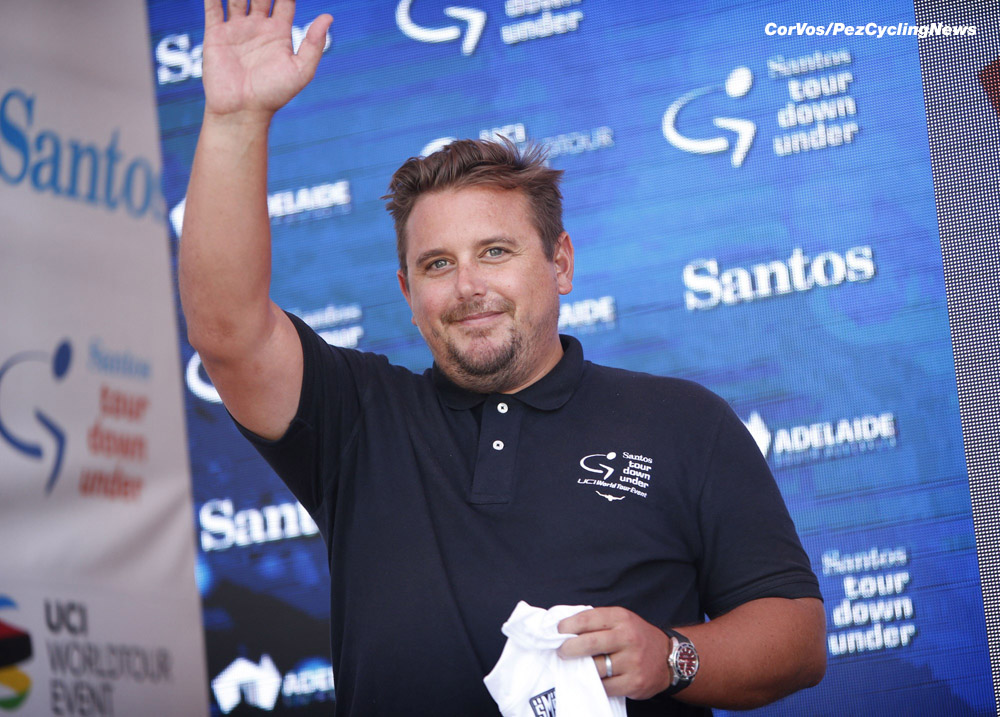