Falcon Star of the 60s: Bernard Burns Gets PEZ’d!

My Tribute to the 1964 Falcon Team

Rider Interview: The 60’s and 70’s were a great time in British cycling, but there was little money and life wasn’t easy. Bernard Burns was part of the Falcon team, a band of winners during and after their racing careers. This is his tribute to that team of ’64. 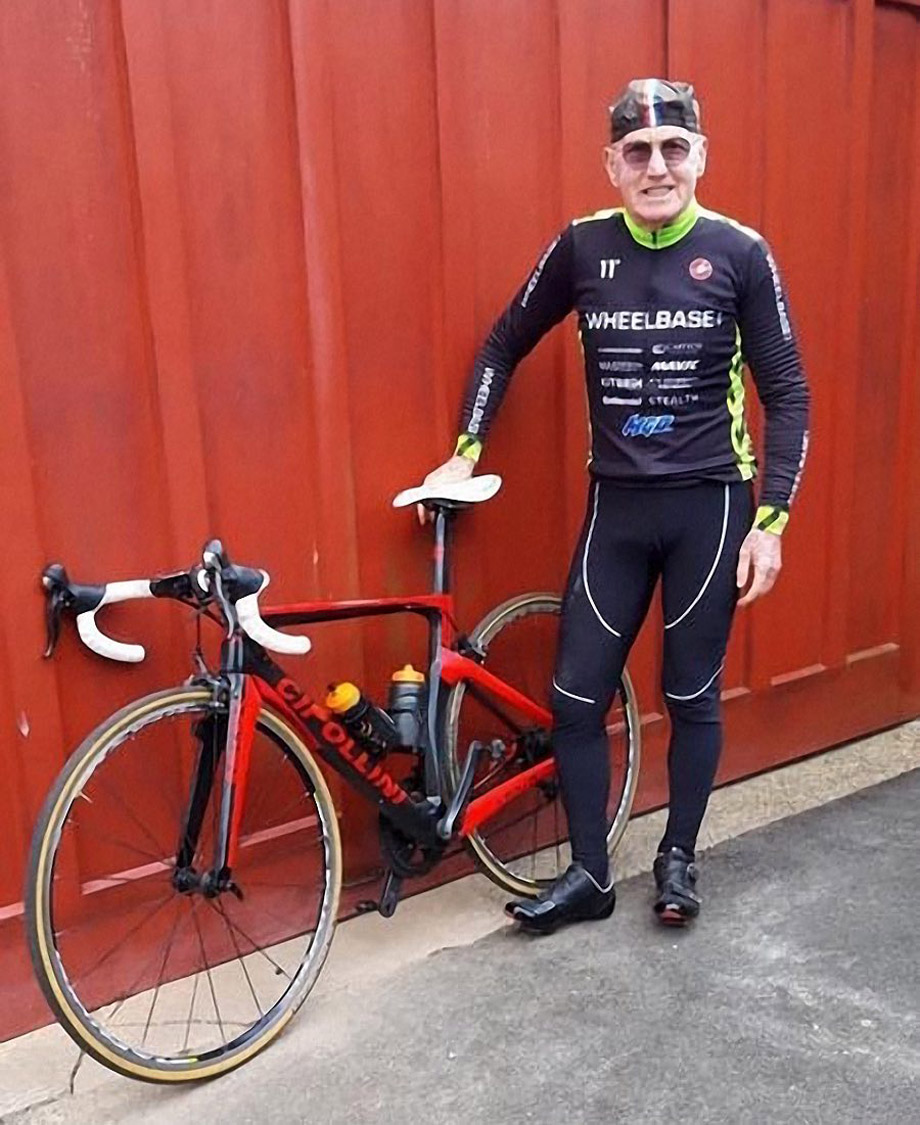 My 81st birthday isn’t so far away now; if me and my faithful hound do make it, then I think we’d both be happy with a wee stroll, a seat in the sun with a good read, a brandy for me and a nice bone for him. But that’s not how former British professional, Bernard Burns 81st birthday went; he was out on his bike and did, what else but – 81 miles, one mile for each year of his life.

To use a Sean Kelly word, ‘MAJOR’ respect. Bernard got in touch with us recently to share a bit of cycling history and to comment on what today’s champions put back into a sport that has given them so much. He was at pains to point out that piece wasn’t a, ‘me, me, me’ job but rather a tribute to his team mates from the British 1964 Falcon team and the contribution they made to cycling after their own careers had ended. But we felt that Bernard’s career both as a rider, manager and coach was also well worth looking at: 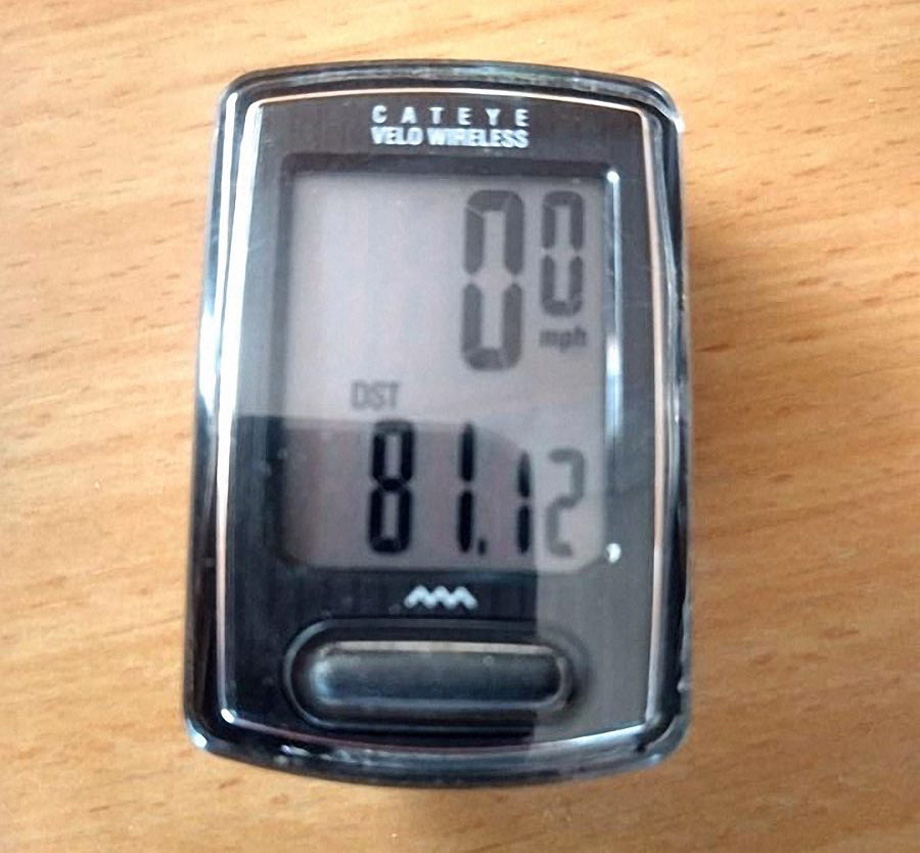 81 miles on his birthday

PEZ: What about that 81 miles on your 81st birthday, sir?
Bernard Burns: Every year for a long time now I’ve gone out and ridden my age in miles, albeit I stick to flat roads, I’m not as good on the hills now as I used to be.

PEZ: The start of your pro career – you rode for the Bertin-Porter 39-Milremo team in 1962?
I actually rode for Temple Cycles in 1961 with Norman Sheil and Ken Laidlaw but in 1962 Barry Hoban and I decided to go to France. Bertin was a French bike company, owned by Andre Bertin who had a business relationship with Ron Kitching. Ron was a Yorkshire business man, he was behind the Milremo equipment brand and helped a lot of British cyclists in those days. Porter 39 was a French beer; we went to a club in Arras which was sponsored by Andre Bertin, we’d ride amateur races but also get pulled in to ride for the pro team if they needed us. Arras was a mining town, just like the towns we came from in Yorkshire; so it was just like being at home – but with cobbles! I had wins there but also a lot of bad luck with crashes so came home to ride for Viking in 1963 with John Geddes, Stan Brittain and Albert Hitchen. 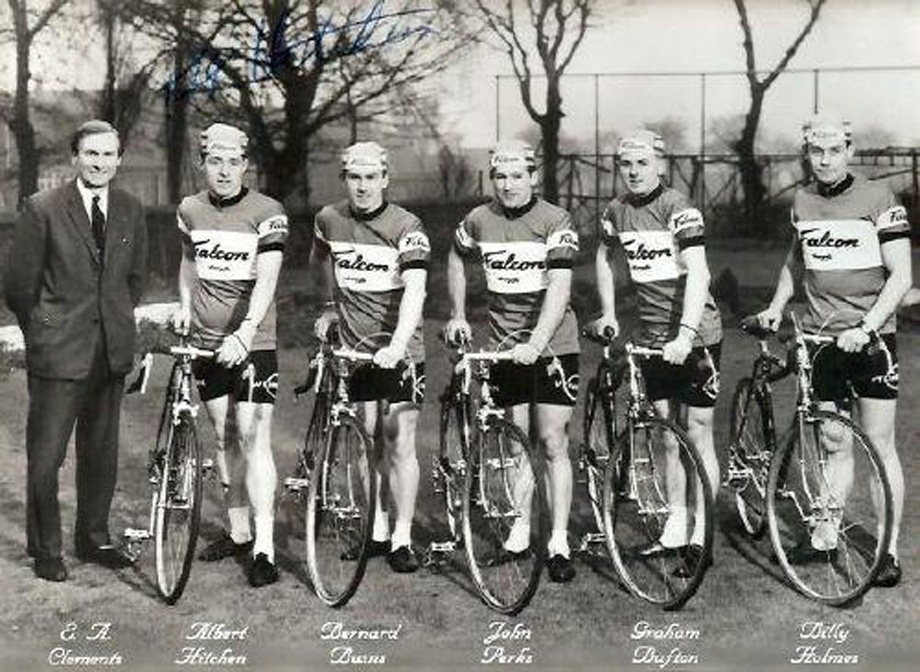 PEZ: You were an ‘Independent’ before you turned full professional?
‘Independent’ was a kind of halfway house between being an amateur and a professional, you could race against both categories. But then the UCi decided to do away with the category; on the continent you could revert to amateur but the British Cycling Federation declared us all professionals. But the thing was that there were no professional races, the pros had to ask our old clubs if they would organise races for us. 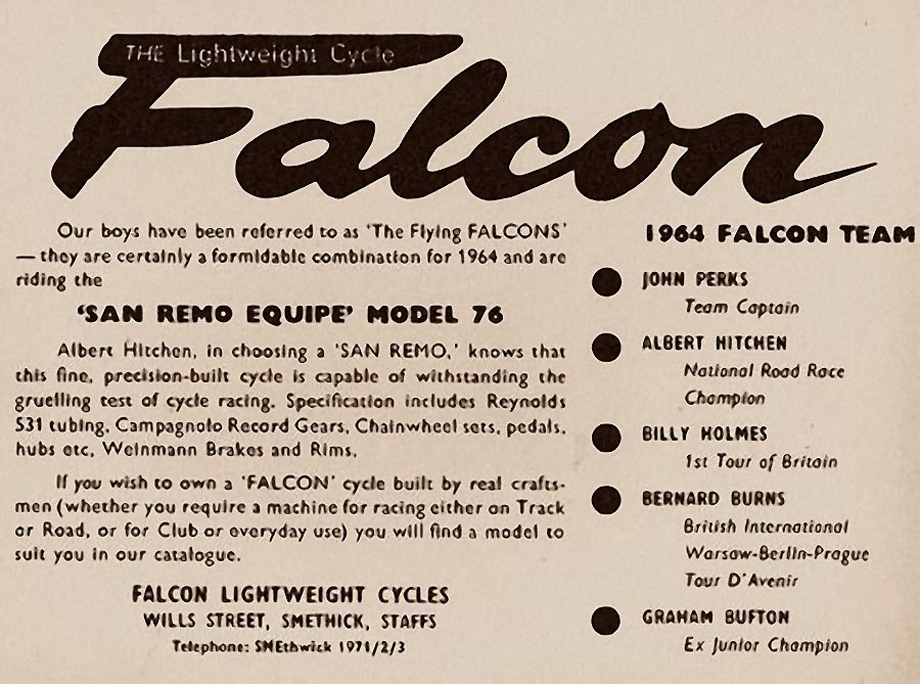 PEZ: You’re perhaps best known as a Falcon man?
I joined them for 1964, they had a big team in ’63 but hadn’t won much and had a clear out; they kept Billy Holmes and John Perks with Albert Hitchen and me joining them. We won 56 races that year with Albert winning 26; I won 14 that year. 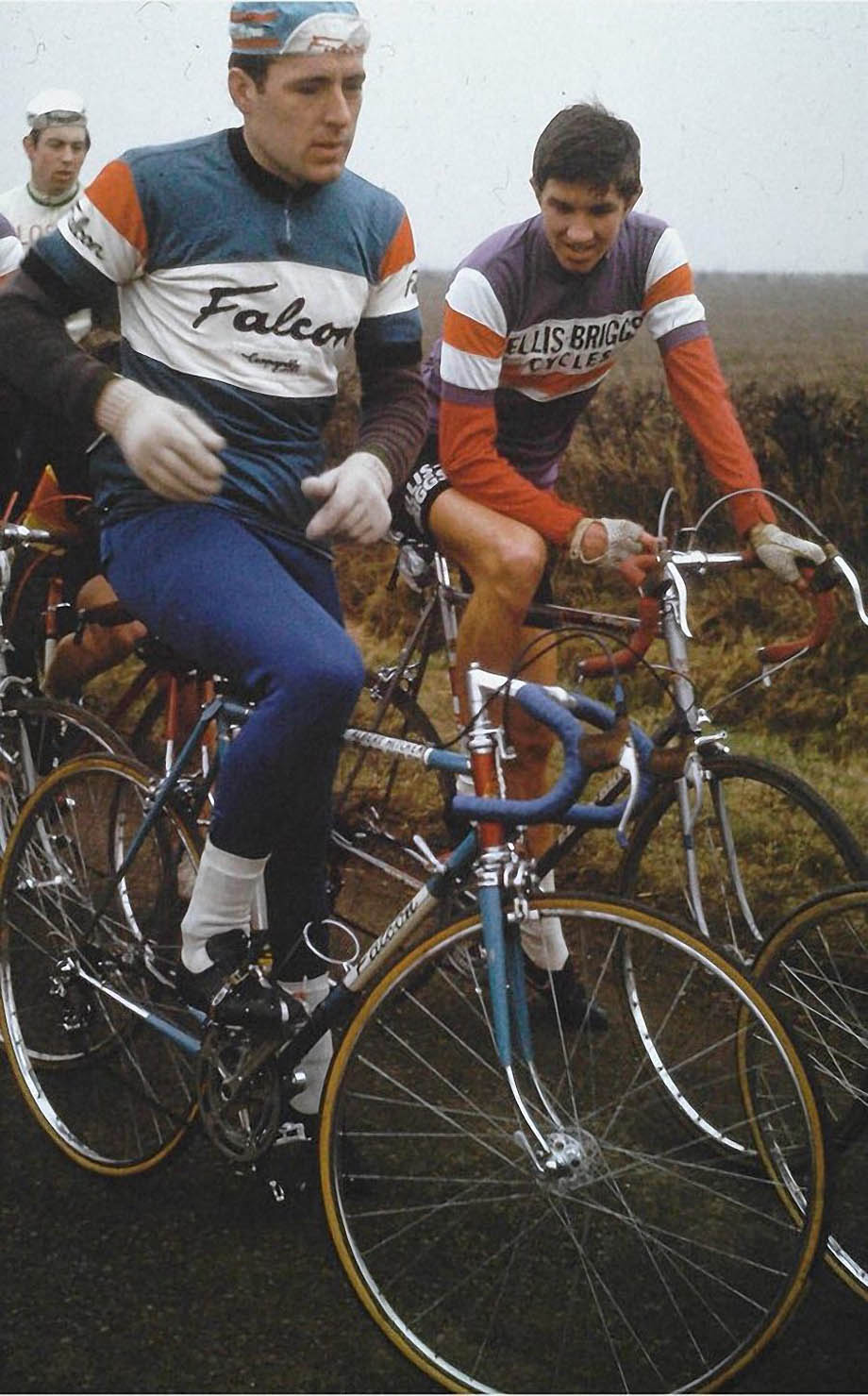 PEZ: Albert Hitchen – I heard he was known as, ‘Albert the Dominator?’
I never heard that one, we just called him, ‘King Albert’. He’s one of the most under-rated British riders ever to race in the UK; he came from nothing, his dad was killed in the war, when he got married he lived in a one room upstairs, one room downstairs house with no inside bathroom. The man was hard as nails, he broached no nonsense but put a lot back into the sport after he stopped racing. He became GB National Road Coach and many riders would tell you he was the best manager they ever worked with. He had so much experience but got fed up with the British Cycling Federation, it was costing him money to do the job and he resigned. 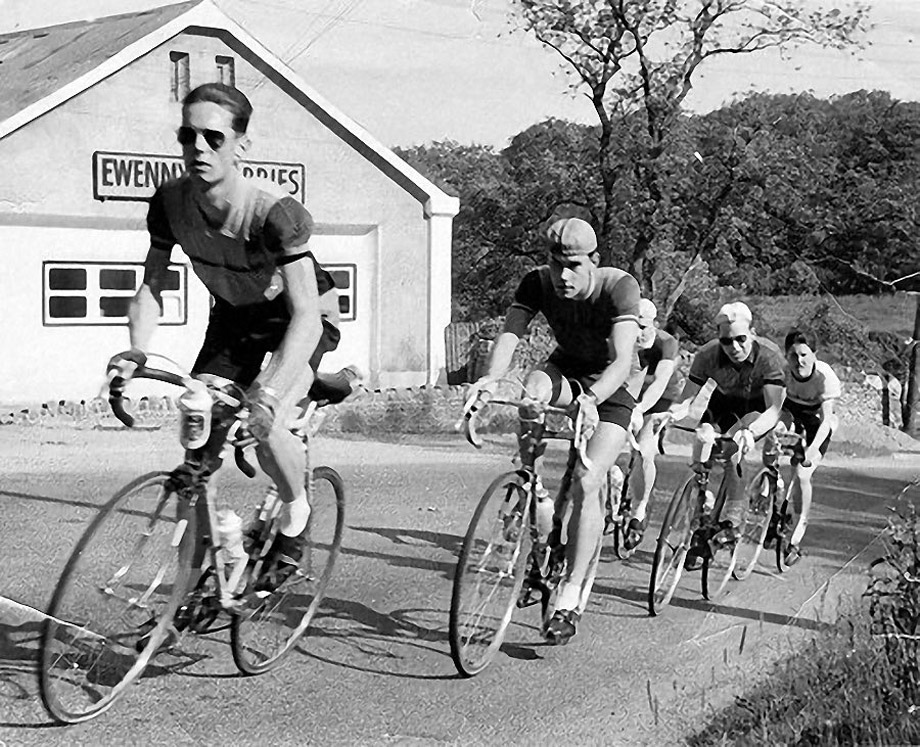 PEZ: Billy Holmes was quite a rider, he won the Milk Race, didn’t he?
A very versatile rider; he broke the British competition record for 25 miles, was a top three finisher in the season-long Best British All Rounder time trial competition, was an Olympic silver medallist in 1956 when they had a road race team category and as well as winning the Milk Race he was twice second overall. But all of that said, he told Albert and me that he really didn’t know the score about road racing until he raced with us. In the car on the way home from a race we’d analyse every detail of the race and he picked up so much from that. Billy is another guy who has put so much back; even when he was racing and only 18 or 19 he organised a big race up in Hull, bringing riders over from The Netherlands to compete. The first one was win by a Scotsman, Ron Park. Billy and I were founder members of the David Rayner Foundation, named after the British professional who died at just 27 years-of-age at the hands of a heavy handed night club bouncer. The fund has helped some 300 young British riders go to and live and race on the continent – Tour de France yellow jersey, David Millar was one of the first to benefit. 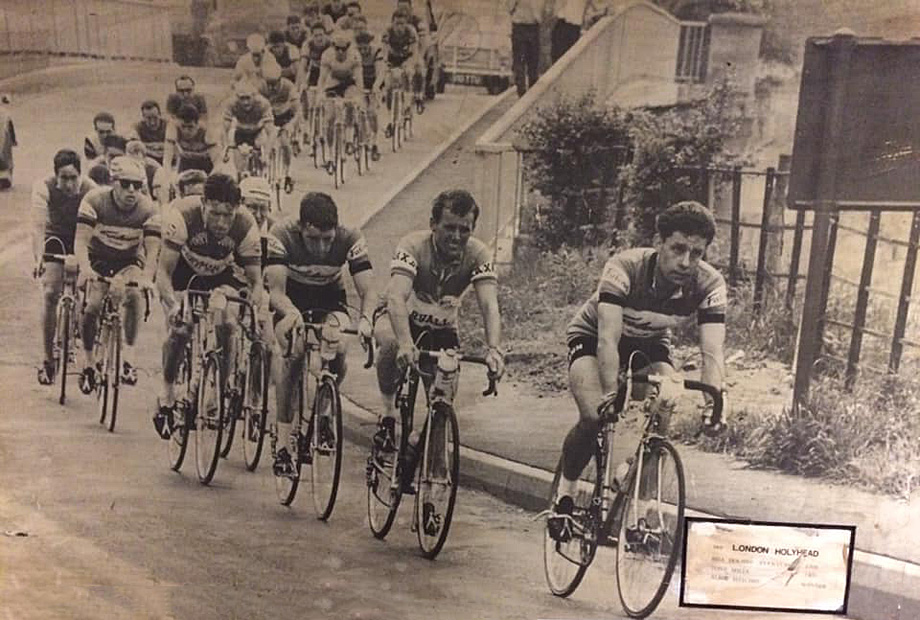 PEZ: What about John Perks?
John rode the Peace Race and was a prolific winner as an amateur with Milk Race and Tour of Scotland stages and Lincoln GP wins to his name. He came back as a veteran and won the veterans national road race championship. He’s 91 years-of-age now; there was a big surprise party organised for his 90th birthday but initially he said he couldn’t go because he was going out on his bike! He’s another man who put so much back into the sport and his community; just one example, through his efforts £20,000 was raised to contribute to an air ambulance.

PEZ: Getting back to your career, you were second in the National Road Race Championship to ‘Goz’ Goodman in 1966, any ‘what ifs?’
No, Goodman was a good rider, he beat me fair and square by half a wheel after we’d been away all day. 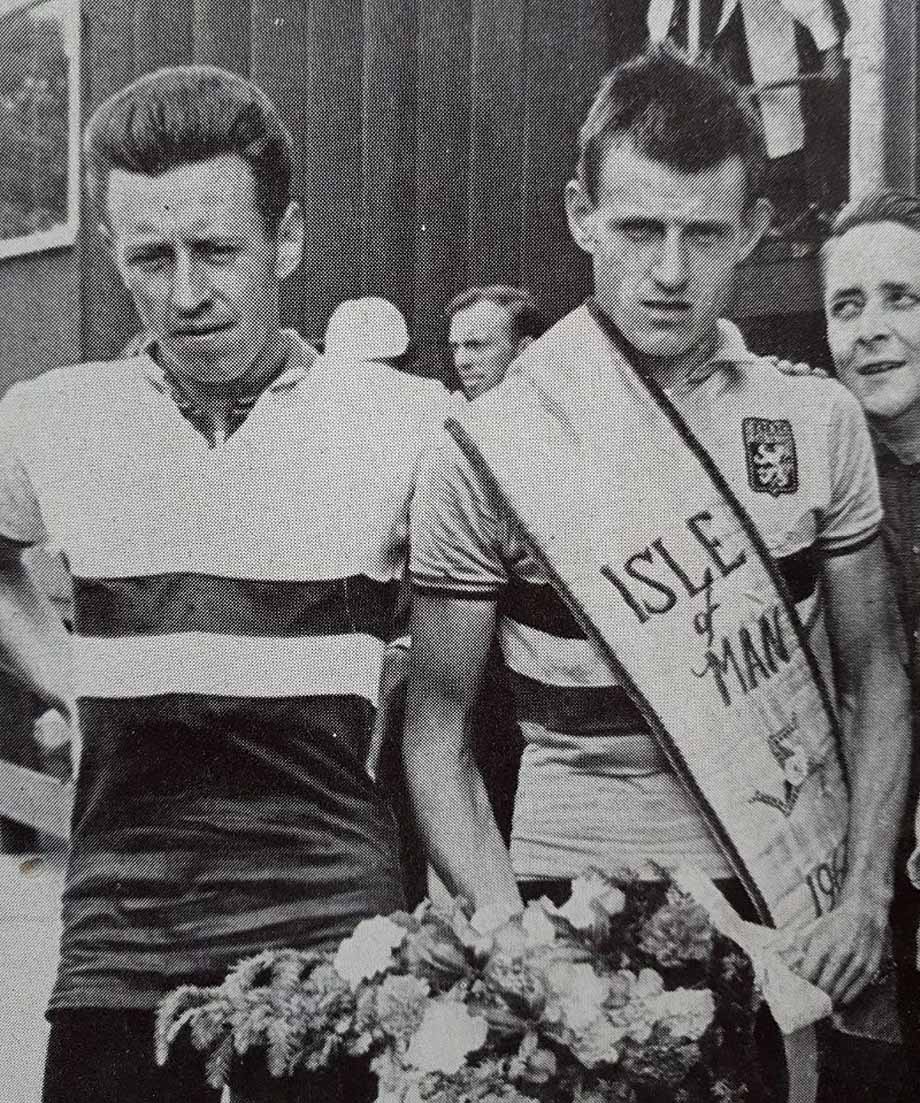 PEZ: The British professional class enjoyed a good race programme back then?
One of the top guys of that era was Ron Coe, there was one season when he won 33 races, as a pro in the UK you couldn’t ride that many races nowadays. British Cycling wants members and have boosted the membership numbers but they don’t seem concerned about the lack of races.

PEZ: You left Falcon after three seasons?
The man behind the team was Ernie Clements and he was beginning to lose interest, I felt. I was friends with Peter Chisman and Arthur Metcalfe who were with Carlton BMB so I joined in 1967. 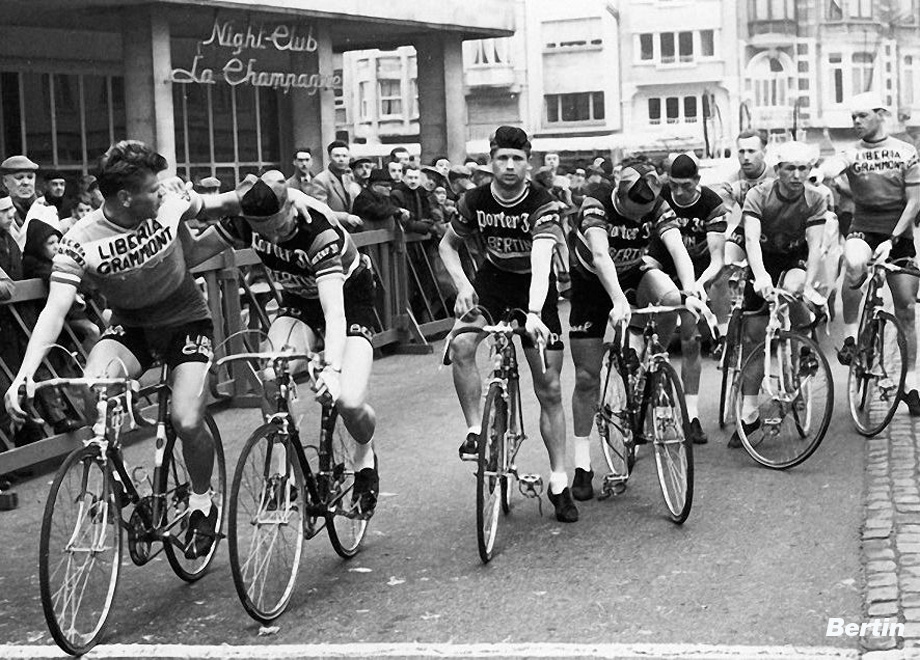 PEZ: You had a very good season in ’67 but ’68 was a disappointment?
I had a bad crash which caused sciatic problems; there was no real sports medicine back then – I even went to see a Harley Street specialist lost 25% power in my left leg so I didn’t really have a choice but to retire.

PEZ: I remember you ‘coming back’ as a veteran.
That came about when my son started racing, I got back on the bike after 10 years; I’d lost a lot of power so the sciatic problem didn’t affect me so badly, it was tolerable. I had my first category licence within six months but stopped again when I got the job of National Road Coach. 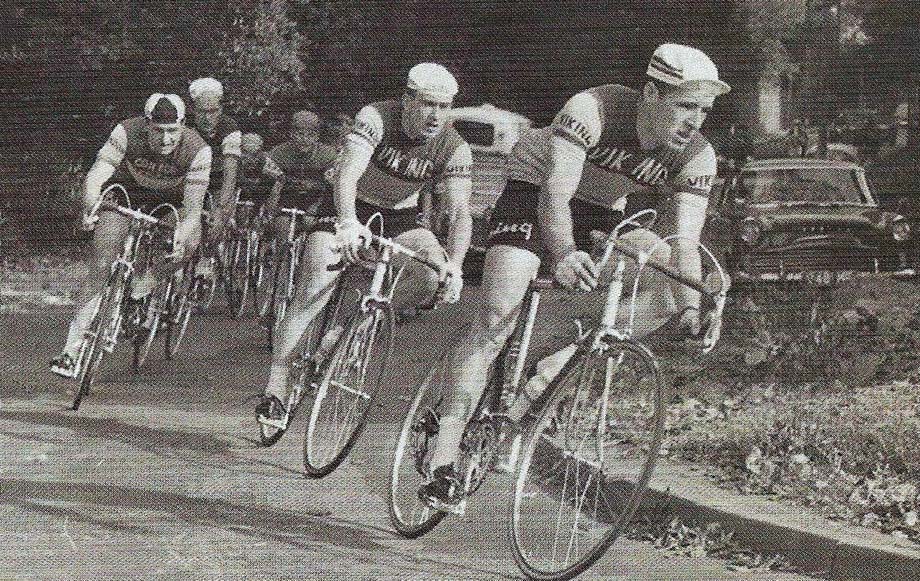 PEZ: And like Albert, you moved into management after your career as a veteran rider?
After Albert Hitchen resigned as National Coach, Doug Dailey of the British Cycling Federation asked me if I’d do the job. I took it on at a salary of £4,000 before tax but had to take nine weeks off work each year so it cost me money – but if you love it and want to put something back then it’s what you do. But even before I took the job I used to take teams away. 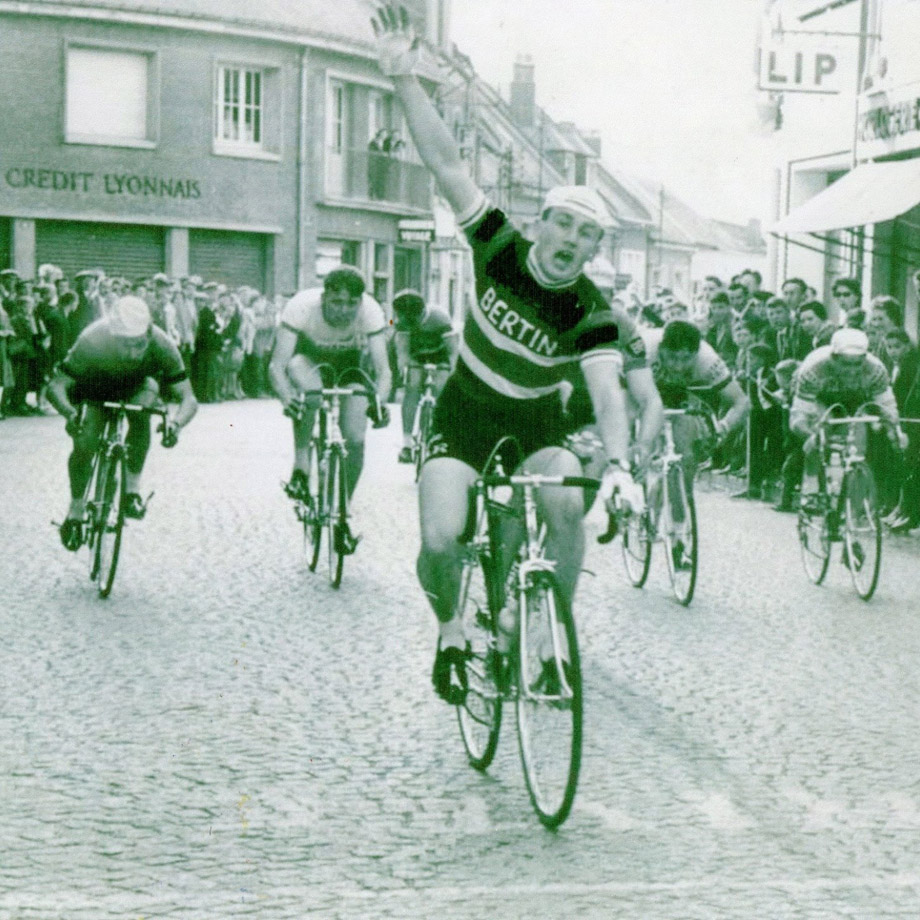 A win for Bertin

PEZ: What about the current generation of British professionals?
Many of them are what I would call, ‘pseudo pros’ they can’t pay the mortgage from their salary and prize money and rely on their family or partner for financial support.

# Big thanks to Bernie for his time and the photographers, mostly unknown. #