Rider Interview: Stephen Clancy and Team Novo Nordisk were on the start line in Warsaw for stage 1 of the Tour de Pologne on Tuesday, Stephen’s WorldTour debut. PEZ managed to get a few words with the tough Irishman on the eve of his first battle on the top step of professional cycling.

At only 23 years of age, Stephen Clancy has a lot of experience. This year alone he has raced in Dubai, Italy, Spain, Portugal, Belgium, the US and Canada, in 1.1, 2.2 and HC catagorie races, but until this week a WorldTour race was missing from his Curriculum Vitae.

PEZ: How do you feel lining up in a WorldTour race?
Stephen Clancy: I’m excited to line up in my first world tour race. I only found out recently that I was on the roster, so it’s a surprise but I’m hoping I can play a part in a successful race for the team.

PEZ: How did you find out that you had diabetes?
It was back at the end of 2011, I had just finished up my best season on the road in Ireland as an amateur and I was part of the Irish Under 23 development squad. I won the best domestic based rider in Ireland award and signed for the top amateur team for 2012. Over that winter things started to go downhill. The Irish team requested blood tests that showed increased blood glucose levels. I had all the telltale signs, the usual symptoms of diabetes, like thirst, weight loss, muscle cramps, and fatigue. But it was those tests in March that led to the Type 1 diabetes diagnosis. 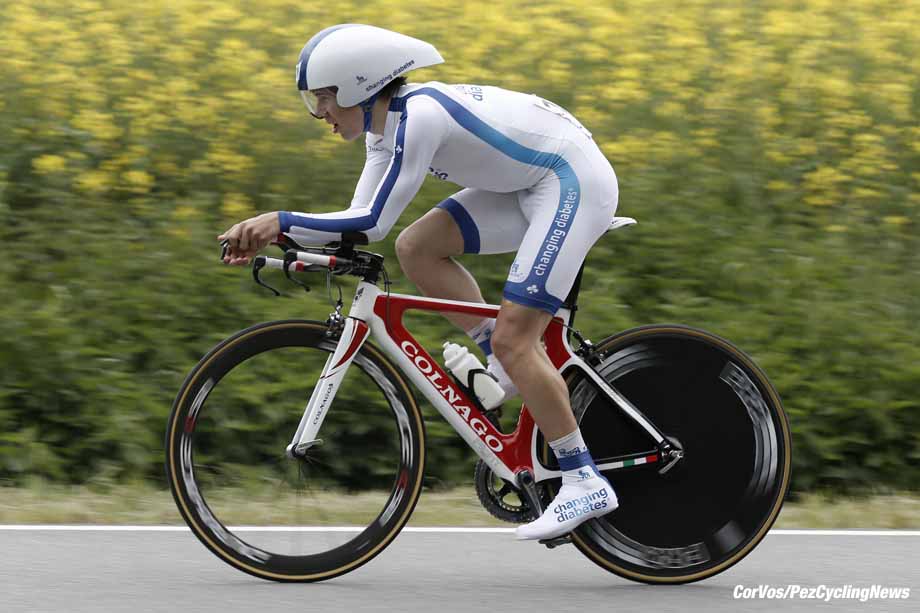 PEZ: Did your life change after that?
In the beginning, I guess it was a big shock. I knew nothing about diabetes at the time. I thought that not only was it going to change my diet, but it was also going to prevent me from becoming a pro cyclist. It wasn’t helped by the nurse and doctors who were quite negative about the impact it would have. They told me that I could only cycle one mile at a time and they told me I couldn’t be a pilot, a bus driver or a policeman. So I thought life was going to change hugely, but thankfully I remember watching this team racing on TV and I knew there were guys on board that had diabetes and were racing successfully. So within a 24-hour period things turned around and I realized life didn’t have to change that much.

PEZ: So what would you say to a young cyclist who had just found out he had diabetes. What advice would you give to him?
Diabetes does not have to be a barrier. It can be viewed as a challenge, but not one that can’t be overcome. Learn as much as possible about it and realize that not every day is going to be perfect, but that diabetes should not hold you back from pursuing your dreams.

Take a look at this team—we want to show that you can still go after your goals, like when our team raced 300 kilometers of Milan-San Remo with diabetes. Not everyone with diabetes wants to be a pro cyclist, so for them, it could be a 90-minute soccer game or a 10-minute swimming event. Just remember that it still may be possible. As long as you have proper management, your every day life, work, etc. can be the same. In my opinion, I really believe diabetes shouldn’t get in the way of chasing your dreams. 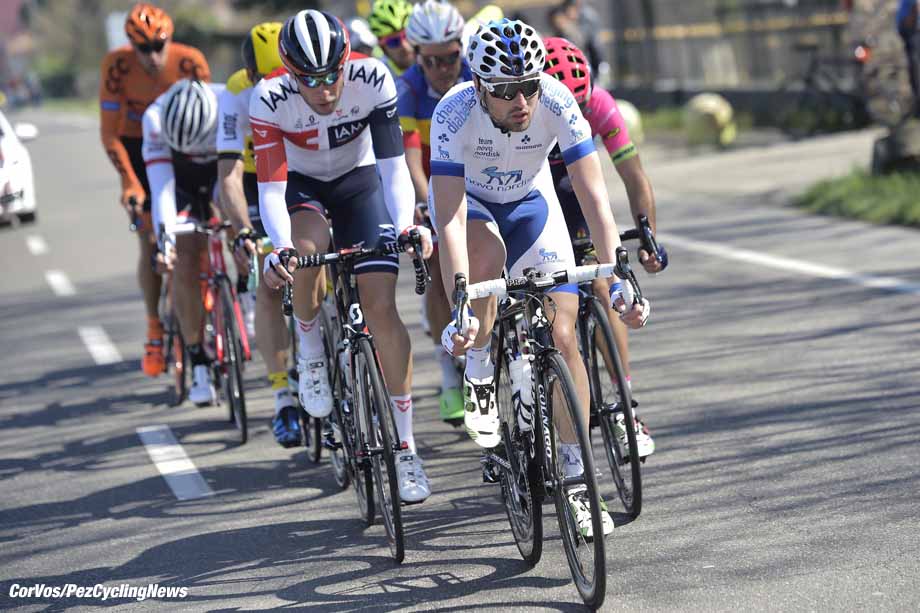 PEZ: What is the best thing about the team?
The uniqueness; it’s definitely a one of a kind set up and the fact that everyone on board has the same condition. It results in a strong bond between the riders, and the staff realize that it is something special that we have going on here. It isn’t just the fact that we win bike races and compete successfully on the pro circuit, it is also the positive impact we have on the diabetes community, which is 415 million strong. That’s a whole additional aspect of this organization, so it’s really special that I can play a part in something positive as well as riding my bike.

PEZ: What is it like living in Girona?
I absolutely love it now, I must say. Driving back the other day, as we came into Girona, the phrase we used was “home sweet home”. It really feels like home now. I love it here, it’s fantastic for training, but also just a nice city for general life and friends and family coming down to visit. 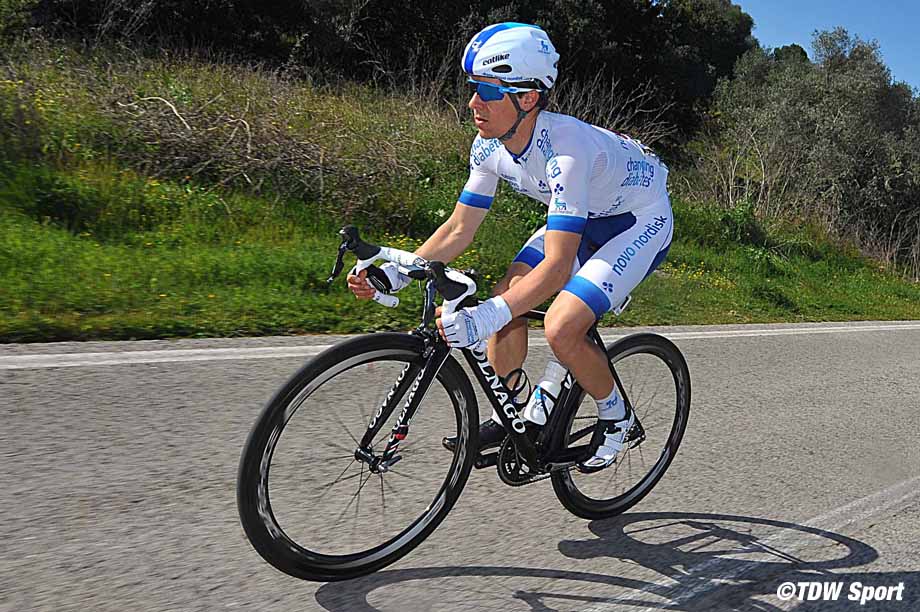 Early season in the Volta Algarve 2016

PEZ: What kind of rider do you think you are?
I’m still trying to figure that one out; I guess I like the technical criteriums and circuit style race with a bit of explosiveness and a bit of bike handling involved. Certainly to look at me, I’m small and people think I’m a climber, but not quite. I’ve got a bit of a punch sprint, so in a reduced bunch or group, maybe I can do something in that kind of scenario. I earned my career best from a reduced bunch sprint in China. To be honest, helping the team is usually the best tactic for me.

PEZ: What about racing in Belgium on the cobbles and in the kermess scene, would that suit you?
In 2014, I had my first experience of the kermess scene and I actually quite liked it. I haven’t quite mastered it, put it that way, but I did like the cobbles and the adrenalin rush, the real kind of war-like style of racing. So I think I could grow to like that.

PEZ: There is a certain kind of craziness about Belgium.
There is indeed, for sure. You feel like you are on a battlefield or something. 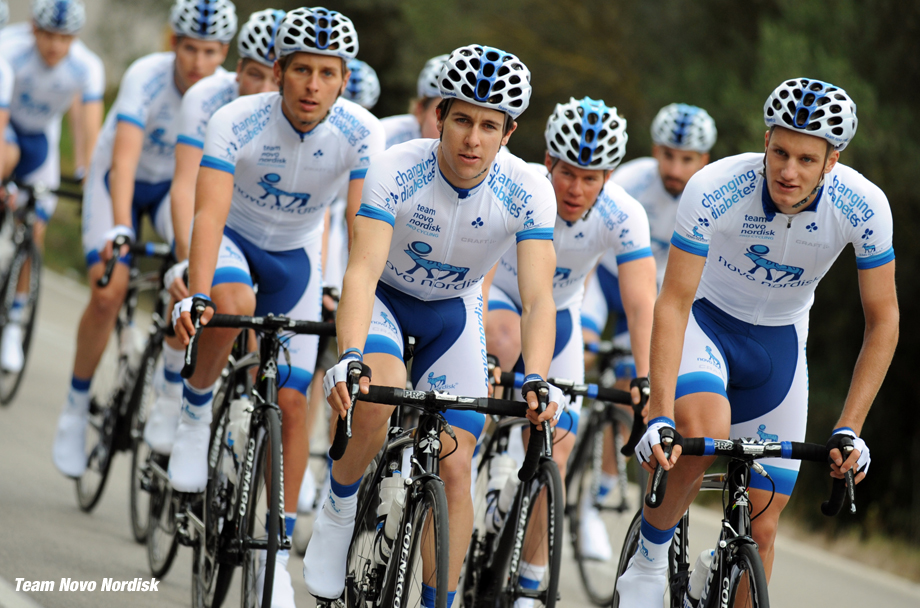 PEZ: Which race do you dream of riding?
I guess San Remo would be one of the most iconic races for me growing up. It’s the distance that makes it stand out for me. I would love to ride that someday. That would be one of the big ones. I love the cobbled Classics, obviously Flanders and Roubaix, but if I was to choose one, it would be San Remo. Of course with the team goal of the Tour by 2021, I could be part of that roster, in five years or so, and that would be the absolute dream.

PEZ: That’s a pretty good thing to aim at.
Absolutely. I’ve always progressed step by step as the years went by. So if I can keep that upward progression going over the next five years then… maybe. First, we have to earn our invite. 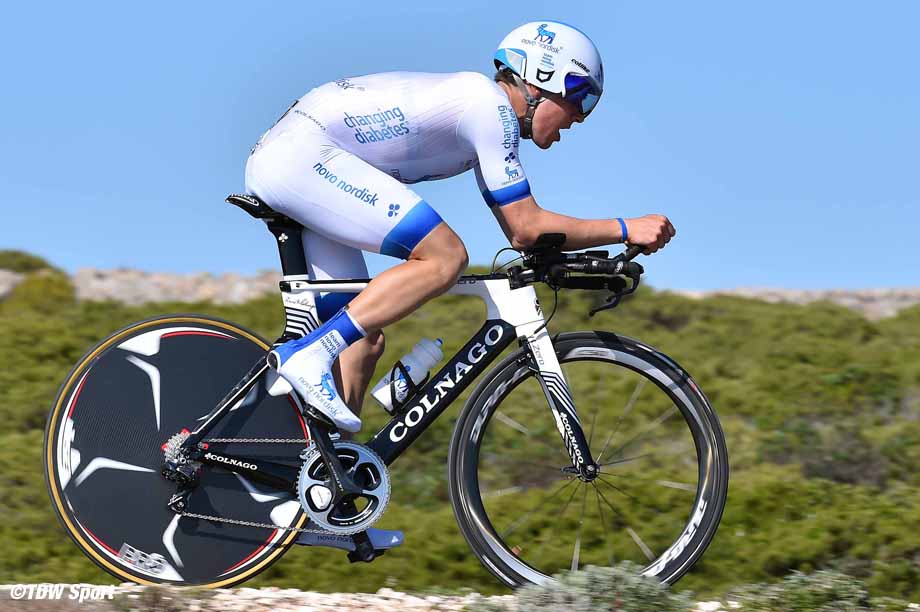 PEZ: What is the best thing about being a pro cyclist?
For me, it’s just that I get to ride my bike full time. Even today, I had a bit of a solo cross ride and I was in the dusty mountain trails in the outskirts of Girona, just smiling in the sun, clear blue skies and I was happy that this is what I get paid to do. Of course, there are the hard days as well, but the fact that I can ride my bike, something that I’ve always loved doing, and make a career out of it, is definitely the big, big point for me.

PEZ: And the worst thing?
Obviously, there are a few down sides. It’s considered, for most people, a strange life with all the sacrifices you make: the time spent racing and traveling. You really realize that you are living out of a suitcase. It’s hard to think of what is the worst thing. I guess it’s that you have to sacrifice so much to be your best, to be at the top. It’s a very different lifestyle to most people people, but in my opinion, it’s definitely worth it.

PEZ: Who were your big heroes when you were young?
I attended the Irish National Championships every year since I’ve been into cycling and so to see the big Irish riders like Nicolas Roche, Dan Martin, Deignan, I have to say that it is all of those guys. They would have been idols of mine when I was in the junior ranks and now it’s nice to be occasionally racing alongside them.

PEZ: So are you too young to know about Stephen Roche and Kelly and all those guys or am I just showing my age?
Yeah, I would be too young to have seen them in action live, but I have come across them over the years. I met Sean Kelly in his hometown of Carrick on Suir at various races and at the National Championships. I am aware of his hero status, I certainly looked up to him after watching videos of his proudest moments. Even when he is commentating on Eurosport, he mentions some of his past successes. That’s when it hits home, of how many victories he had and the number of Classics he won. I also really appreciate the fact that he has the AN Post-Sean Kelly team now. He’s always someone I’ve looked up to.

PEZ: Do you race much in Ireland now?
Only the National Championships, so one race a year. It is nice to come home and meet the old familiar friends and faces. 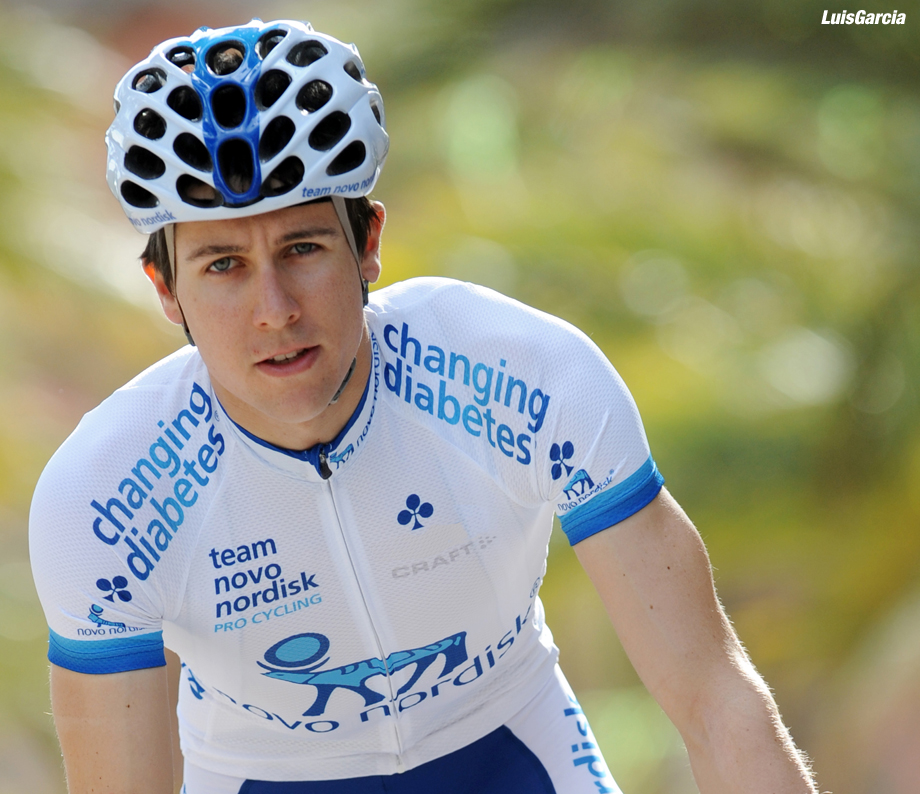 “In my opinion, it’s definitely worth it”

PEZ: What do you think you will do after cycling?
That’s a good question. I had begun a University degree to be a teacher in math and physical education, so it’s possible I could go back and complete that. I guess it depends on what age I am when I finish my cycling career. But you never know, maybe an opportunity will open up in the diabetes world. I’ve been so involved in that over the last three or four years, so I would be interested to end up in that line of work.

PEZ: Maybe you could stay in Girona?
Yeah, I would stay here if it were possible.

You can keep up with Stephen and Team Novo Nordisk HERE. 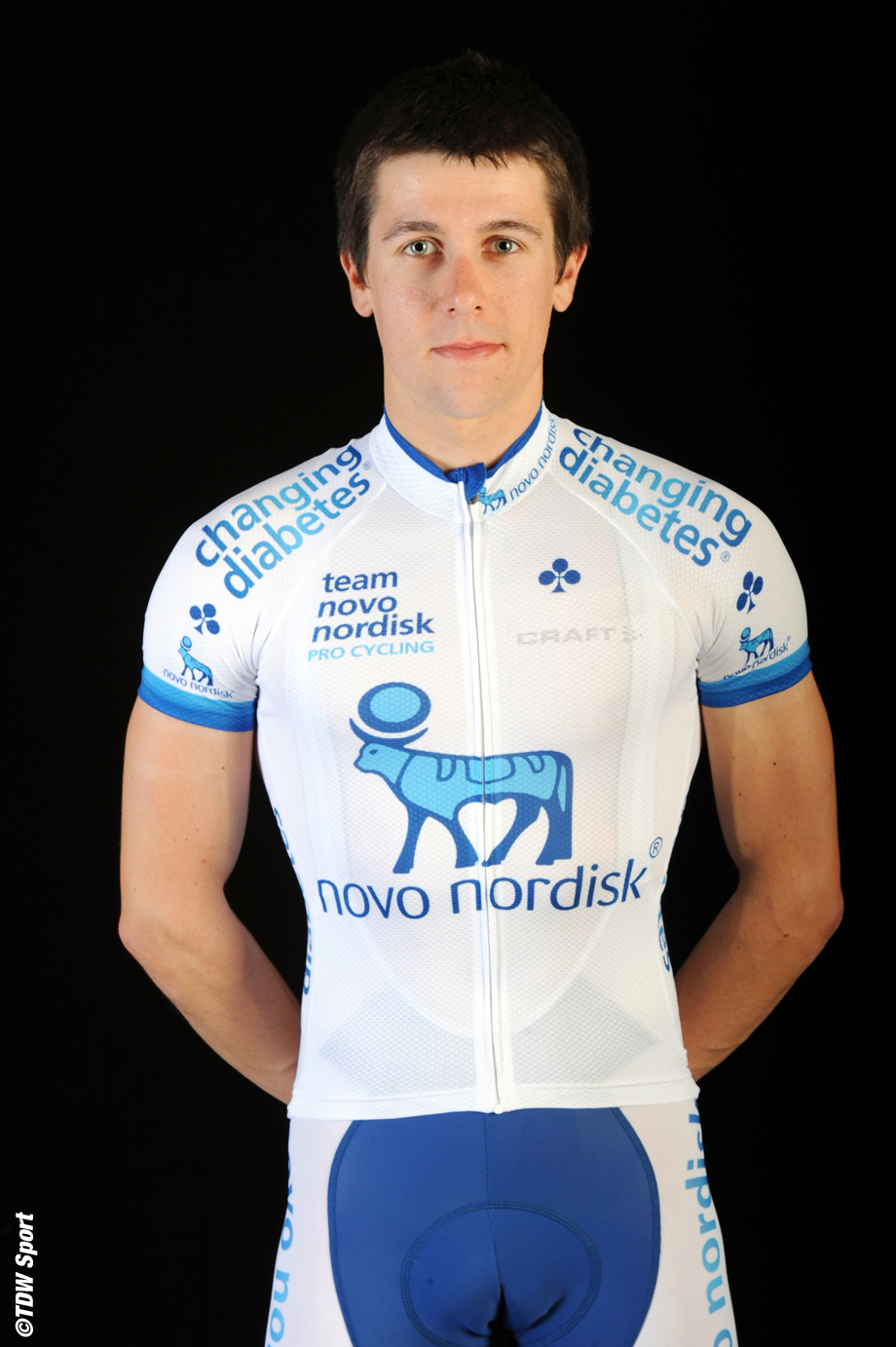