With two wins in good quality Italian races in 2008, ex-world team pursuit champion, Barloworld’s British all-arounder Steve Cummings is making his mark. We caught up with him just after his winter break ended.

PEZ: How’s your Italian coming along, Steve?
Steve: Slowly, slowly – I can understand what is said in the team meetings and talk a little bit about a race. I have good days when it flows, but I have bad days when I’m really bad. I find it very difficult to be honest.

PEZ: Describe yourself as a rider.
Steve: Strong all rounder.

PEZ: Two good wins in ’08, please tell us a little about them.
Steve: The stage in Reggio Calabria was good; I had just come back from a knee problem and I was struggling to find form on the track. I was desperate to get a result on the road; the opportunity came my way when I ended up in a group of 20-25 riders and I was the only rider from our team in the group – so I could sit back a little. Luckily I was very strong in the final; there was a series of small climbs and I just tried to follow the dangerous attacks as the group got smaller and smaller. 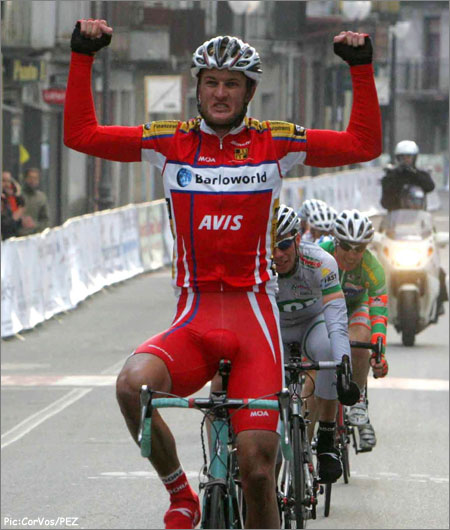 Cummings’ took his first professional victory this Spring in the 2nd stage of the Giro della Provincia Reggio Calabria.

There was a two kilometre climb up to the finish; I attacked at the bottom and five riders caught me with 700 metres to go, so I attacked again with 300 metres to go and won the sprint. My form wasn’t great, but I rode a smart tactical race. which was very satisfying.

The Coppa Bernocchi was different I had really good form at that time, and again I was desperate for a result. The team wanted everybody to control the race and try and set it up for Robbie Hunter; but I was sick of setting races up for other people, so I tried in the breakaway with two other riders. (the director wasn’t happy!) We did the first 50k in one hour; I had incredible legs that day. 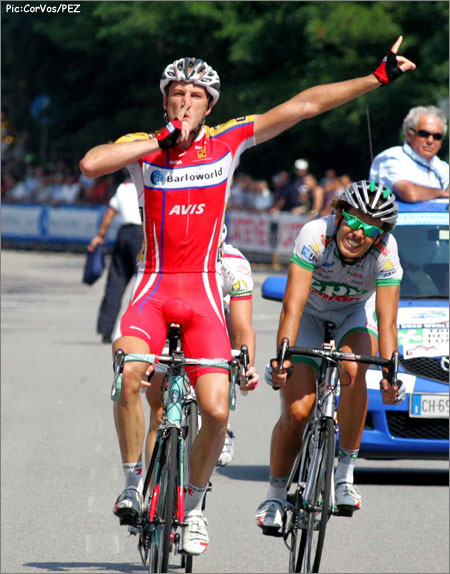 Cummings followed up with Win #2 this Fall in fine fashion in the Italian semi-classic, the Coppa Bernocchi.

The other two riders kept asking me to slow down on the climb; so I went faster to tire them. We got to the flat finishing circuit and we still had six minutes on the peloton. The other two riders attacked a few times, but it came down to a sprint and I lead it out form a long way and won. I felt fantastic after that race.

PEZ: Your first pro team, Landbouwkrediet; Belgian to the core – tell us about it, please.
Steve: It was a good team for me at the time; I did a lot of big races and learnt a lot about racing in Belgium. At times it was frustrating because they did not have the budget to care properly for the riders, so you had to learn to look after yourself. I enjoyed my time there, I was free to do my own thing in races and I made some good friends. 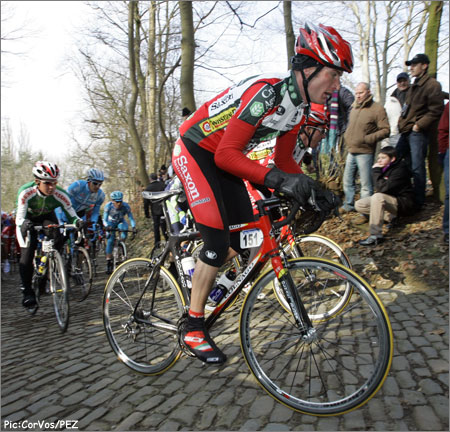 Cummings got the opportunity to get a good hard look at Belgium during his time with Landbouwkrediet.

PEZ: Disco was next; word is that Alberto rated you highly – why didn’t you go with Astana?
Steve: Disco shut down and I signed for Barloworld before the Astana thing happened. At the moment -i’m happy at Barloworld; I have more chances to win races. I want to try and win more and have riders pulling for me; if I cant win then I can always go back and play a domestique roll. 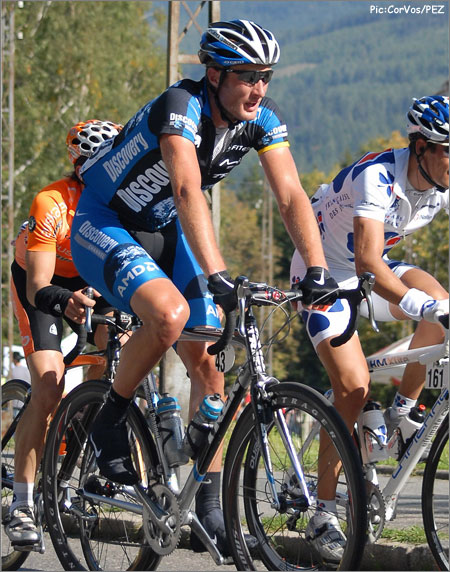 PEZ: Barloworld, very cosmopolitan, how does it compare to your other two teams?
Steve: I like it, we don’t really have many big stars in our team so everybody gets their chance. We have riders from many countries which is always fun. 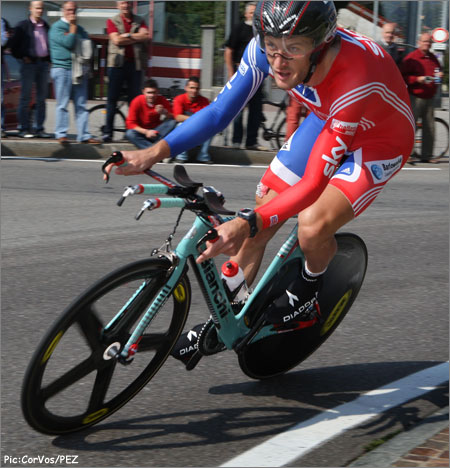 PEZ: Olympic TT, a great first lap, we didn’t know at the time but you had trouble on lap two?
Steve: My chain came off twice, for sure I lost time, how much I dont know, it was frustrating.

PEZ: And the Worlds TT?
Steve: I rode the worlds TT and I was useless!

PEZ: Feelings at not riding the Olympic team pursuit?
Steve:I was disappointed but also relieved to be honest – I didn’t enjoy it. I didn’t ever deliver my best form on the track which was frustrating but I know I tried my best. I miss the banter with the lads and the feeling after the job is done but nothing else.

PEZ: Do you think you’ll go back to the track?
Steve: No! 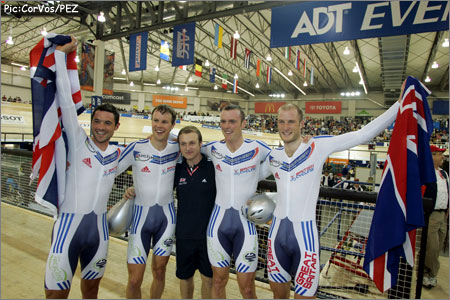 No more track for Steve Cummings.

PEZ: Winter break – Italy or GB and how long?
Steve: Three weeks of riding when I felt like it, at home in England. Now I’m back in italy and today I started to train again.

PEZ: The ‘Duenas Affair’ – your thoughts & feelings?
Steve: A selfish person made the wrong choice and has left everyone from Barloworld in the shit. He has never apologised.

PEZ: Your ultimate cycling goals; does London 2012 figure?
Steve: I want to win a stage in a Grand Tour. I would like to be part of 2012 GB Olympic road team, have a proper leader and go there as a team 100% committed.

***
Could that leader be called, “Cummings” we wonder?

With thanks to Steve for his time and all the best for 2009.

E is for Heroic: The Strangely Beautiful L’Eroica