Rider Interview: Tao Geoghegan Hart is one of the many young, up-and-coming riders who are the future of cycling. The WorldTour beckons, but at the moment the young man from the London Borough of Hackney is in his third year with the US development team; Axeon Hagens Berman and is racking up a fine palmarès. Ed Hood got hold of Tao after a great performance in the Tour des Pays de Savoie.

‘Tao Geoghegan Hart’ isn’t a name to easily get right but the young man who bears it is rapidly making it more likely we’ll remember it – back in April he won the highly rated U23 Trofeo Piva Banco Popolare de Vicenza. And he recently added a stage and second on GC in the U23 Tour des Pays de Savoie in France to his growing palmarès. These include junior wins at the highest level in races such as the Tour of Istria in Croatia and the Giro della Lunigiana in Italy not to mention two podiums in the U23 Liege-Bastogne-Liege and a top ten in Tour of Colorado, last year. 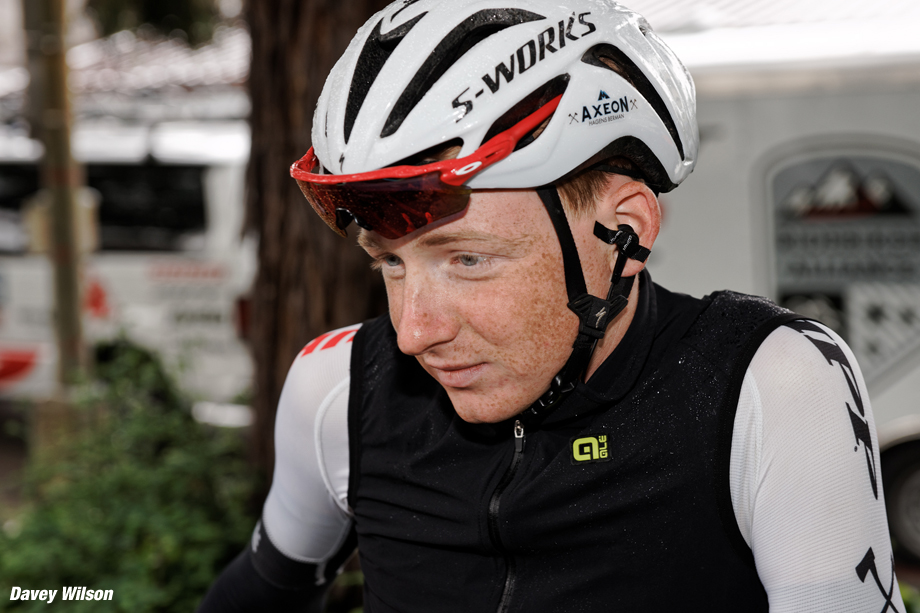 Riding for Axel Merckx’s highly successful Axeon – Hagens Berman for the third year it seems it’s only a matter of time before the 21 year-old Londoner moves to the Pro Tour – indeed there’s already been a spell as stagiaire with Team Sky. 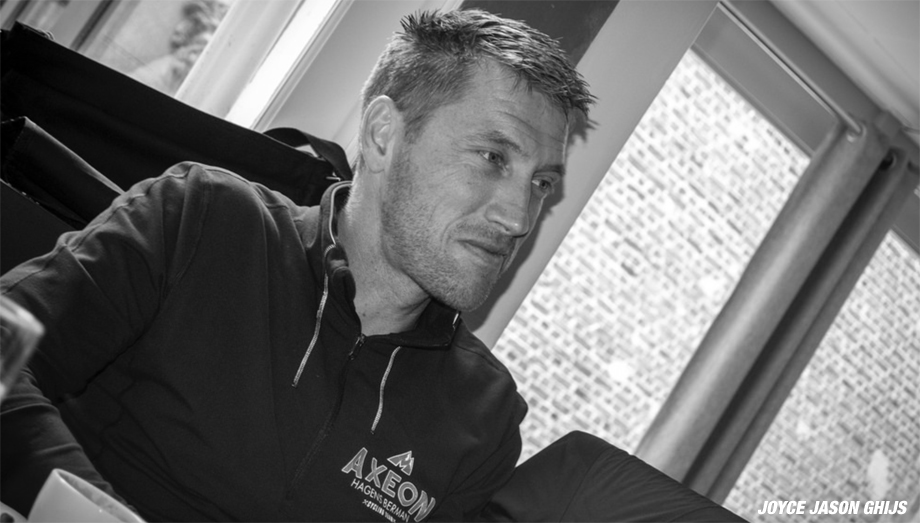 It’s taken a while to catch up with him – he’s a busy, globe trotting young man – but thanks to the good offices of Axeon’s communications agent, Sean Weide we ‘had a word’ soon after his French success.

PEZ: It’s taken us a wee while to catch up with you Tao but congratulations on winning the Trofeo Piva – tell us about it, please
Tao Geoghegan Hart: Piva was a great race. I had been fairly sick in the weeks leading up to it after picking up a fairly bad stomach virus in our opening races in Portugal. This held me back a little in the two other Italian one day races we did prior to Piva. However, a few days before Piva, I started to finally feel healthy. I loved the super hard course, along with great support on the roadside and of course the classic aggressive U23 Italian racing. 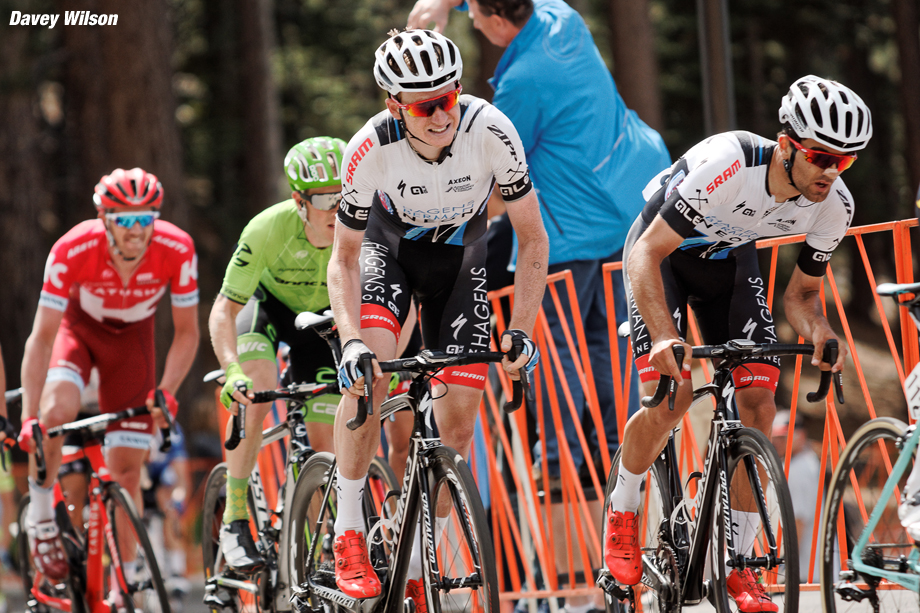 PEZ: You began the season with the Mallorcan races in January – that’s an early start?
I really enjoyed racing in Mallorca with Team GB. It was very special to race as a teammate with Sir Bradley Wiggins, using the race as part of his prep for the Track Worlds, and also lots of the British lads I have grown up racing with over the last few years. I didn’t train specifically for Mallorca at all, but came away with two good race days in the legs, in the front group sprinting for the win on the first day and then in the break all day on the second before watching Cancellara put in an unbelievably impressive downhill attack for the win and eventually getting caught by the bunch with less than five K to go. I had never raced a road race that early in the year before, so it was a valuable experience to do so. 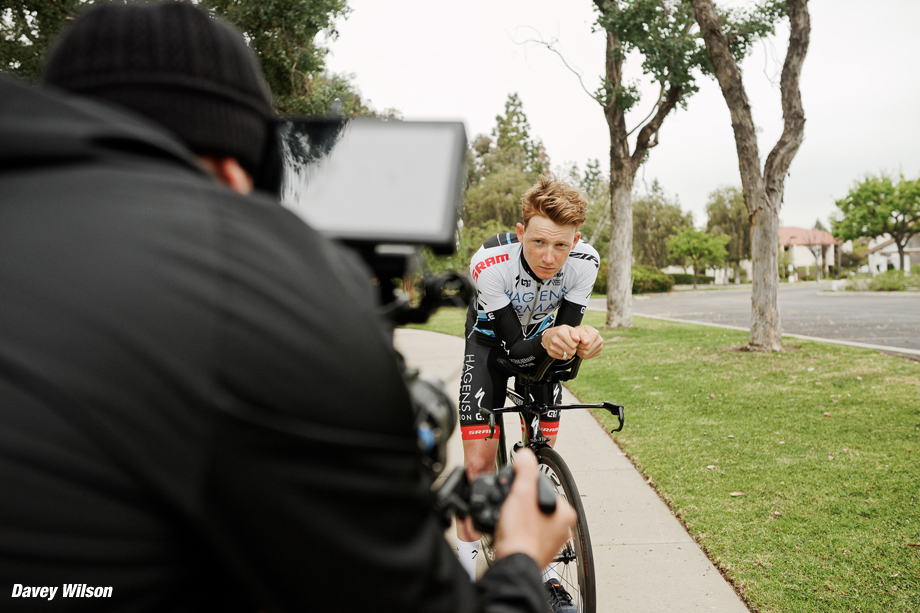 PEZ: Then you raced in Portugal – it’s still pretty uncontrolled racing there, I believe?
Going into Portugal I knew from the previous year that you have to expect the unexpected at all times – and I think it’s fair to say there were no surprises once the racing started! 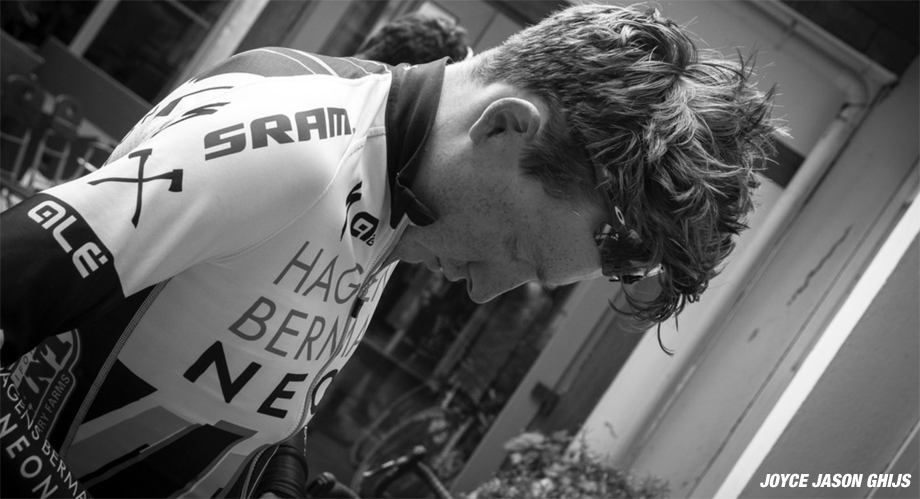 PEZ: 19th in Liege, were you happy with that one after two podiums?
I was very disappointed with Liege as it was my first major target for the season, having been on the podium the last two years. However with my teammate in the break and two more in the counter-attack that went on the flat between climbs, our team was obviously in an incredibly strong position. The result of the day was a win for us with Logan Owen, third for Ruben Guerreiro and (Latvian Under 23 road champion) Krists Neilands also in the top 10 after leading out Ruben.

What more can you ask for! A really great day with Axeon – Hagens Berman.

PEZ: And 22th in the U23 Ronde?
I worked for my GB team mate Jon Dibben in Flanders. It wasn’t really ‘De Ronde’ to be perfectly honest. Disappointingly, the only cobbles were a flat sector we did a few times, with no proper cobbled climbs on the course. But we raced well and coming into the finale backed Jon for a sprint. I pulled hard for him and he got very, very close to the win, finishing in second place. So a good day for the GB team, with important UCI points scored for l’Avenir and World Championship qualifications secured! 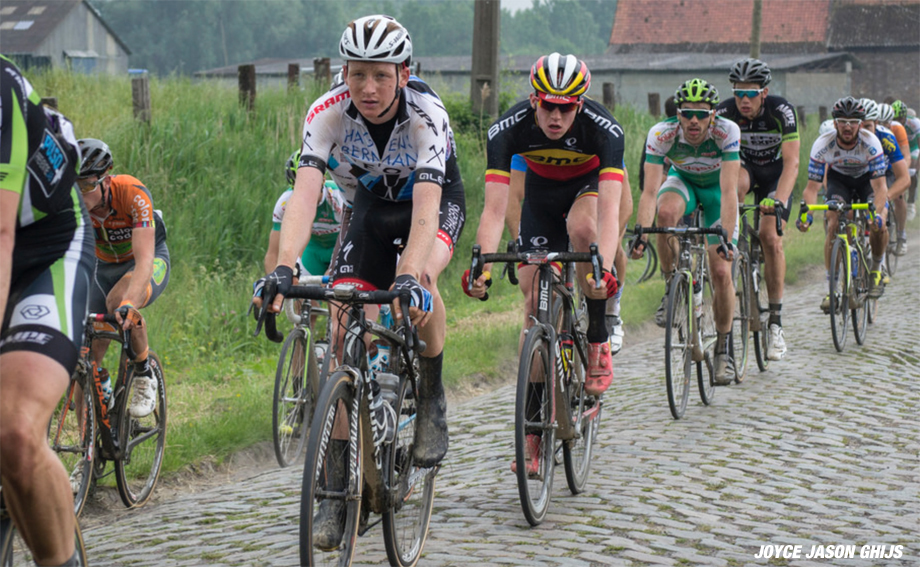 PEZ: Axeon; for a US team you certainly have a cosmopolitan program.
We have an amazingly diverse program. I love it. It keeps it interesting and is great for the development of our riders. One thing I must note on that is that this is incredibly taxing for our staff, with the logistics of operating on two continents all season long not to be underestimated. This means a great deal more work for our staff, including the extra travel, so a big thanks to them, along with our sponsors, for making it possible.

PEZ: You were stagiaire with Sky at the end of last year, how did that go?
Being a stagiaire was a wonderful experience and one I am incredibly grateful for. I had a great contrast between the two races – the European peloton, with a race rich in history and with tough racing in freezing conditions in Piemonte. Then followed a few weeks later by the amazing opportunity to travel to Japan and race there among their brilliant fans – and also my first time in Asia. 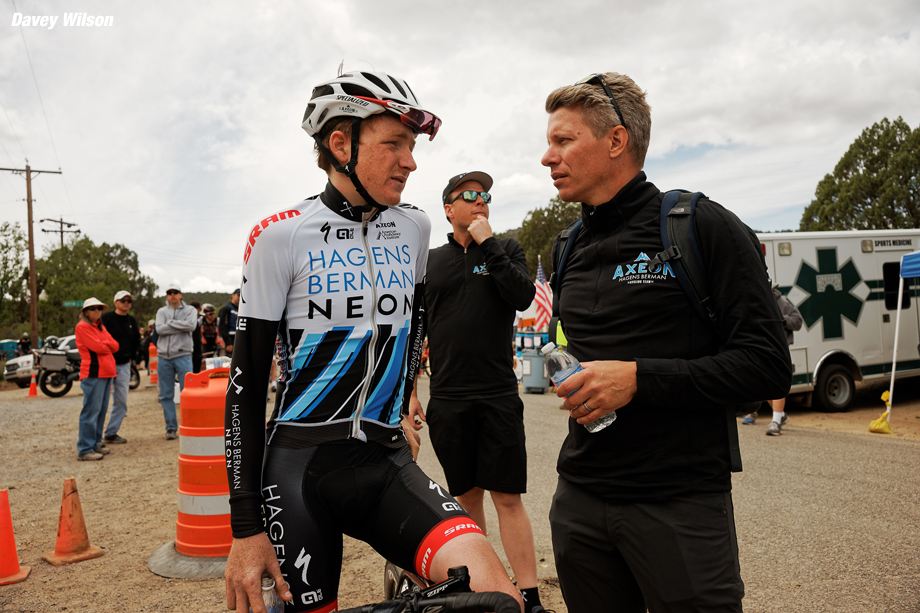 PEZ: Is Tour of Utah on the agenda?
I would love to race Utah again. It is a spectacular place to race a bike and I have thoroughly enjoyed the last two editions. So I will definitely hope to line up there once again.

PEZ: Does British Cycling keep in touch and monitor your progress?
British Cycling have given me really great opportunities to race over the past years since I have been on Axel’s team. I am very grateful for their support and keep in touch with Keith Lambert throughout the season to let him know how everything is going.

PEZ: Tell us about your performance at the recent Tour de Savoie Mont-Blanc. You won the last stage on Sunday and finished only three seconds behind the overall winner, Enric Mas (Klein Constantia).
I was happy to finish on the podium. Of course, the win was the ultimate goal and I think the way my teammates rode throughout the race, they really deserved to come away with the win. But nonetheless, with two stage wins, second on the GC, the team GC and more podiums, I think Axeon had a great week in the Alps. 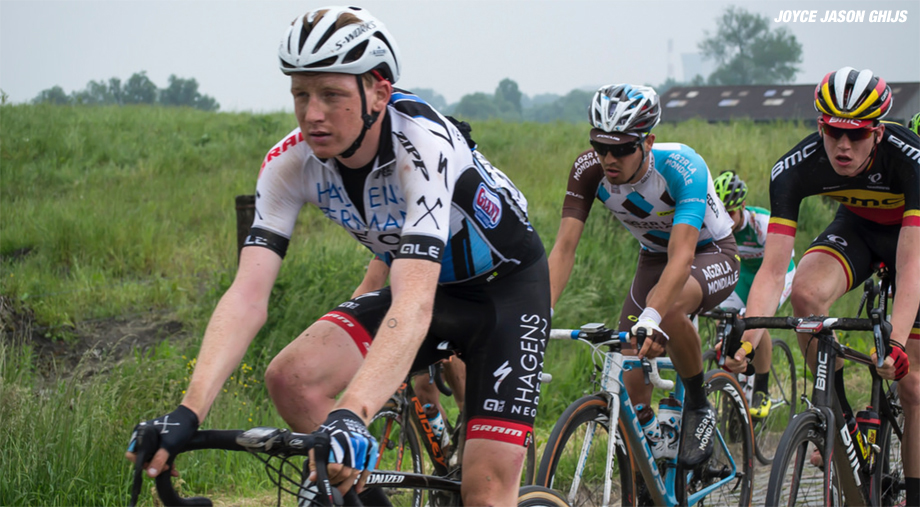 PEZ: What’s 2016 about for you?
This year still holds some of the best races of the season, with some big stage races coming up which I am looking forward to. In the short-term I have the British National Championships, before a short five-day break to refresh for the second half of the season.

PEZ: And finally, what do you think of the 2016 Worlds parcours?
The parcours are obviously pretty flat, but from what I have heard from friends that rode the circuit in Qatar already, it is far from easy. As has been the case at the last two U23 World Championships I have ridden, I think GB has a very genuine gold medal prospect, and I would really love to line up in Qatar to support him to try and steal some rainbows.

The team at the Tour des Pays de Savoie

You can keep track of Tao and the Axeon Hagens Berman team at 2016.axeoncycling.com