OK, you can have me pontificating about the 2011 Giro or we can talk to Team Sky’s Tuscan, Dario Cioni – who would you like? Thought so!

PEZ: I’ve heard that Bradley Wiggins wants to become involved?
Dario: He’s thinking about getting involved in some different businesses, as an investment – we’ve talked about it and will talk some more.

The thing with Bradley is that you never know when he’s serious, he’s always joking – but I think he’s serious about this. 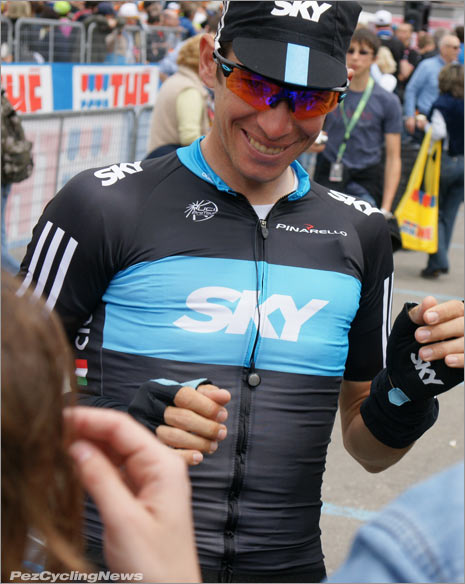 Dario’s wrist got a workout signing autographs at the Giro ’10 stage 20 start in Bormio.

PEZ: And you’re a Sky man for 2011?
Dario: Yes, my contract is confirmed, next year will be my 12th professional season.

PEZ: How many Giros, now?
Dario: This year was my eighth – and also four Tours de France and five Vueltas; 17 Grand Tours.

PEZ: What were the high lights off 2010 for you?
Dario: Getting a contract with a new team like Sky was a big satisfaction in itself – and I enjoyed the Giro, despite early crashes I finished in the top 20. 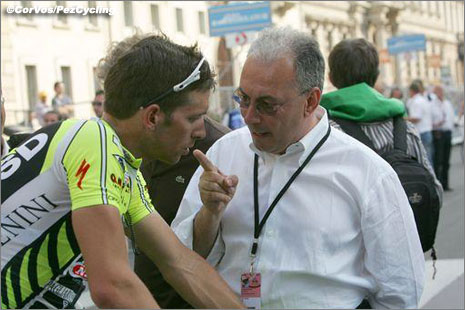 PEZ: And the disappointments?
Dario: Maybe finishing second in the team time trial at the Giro; it would have been nice to win my first Giro stage – we rode a good race but were unlucky with the weather; Liquigas had the better of the conditions.

PEZ: Sky – an English team; what was it like after Belgian (Lotto) and Italian (Mapei, Fassa Bortolo, Liquigas, ISD) teams?
Dario: It sounds strange, but it made me feel younger; it reminded me of England where I lived when I was young.

We had meets team meetings there and ate English food.

The structure of the team is very motivational; it was new to be working with nutritionists and also a psychologist like Steve Peters.

The work positioning on the bike was good too – to make us more aero.

And also, having our own chef on the Giro was very professional. 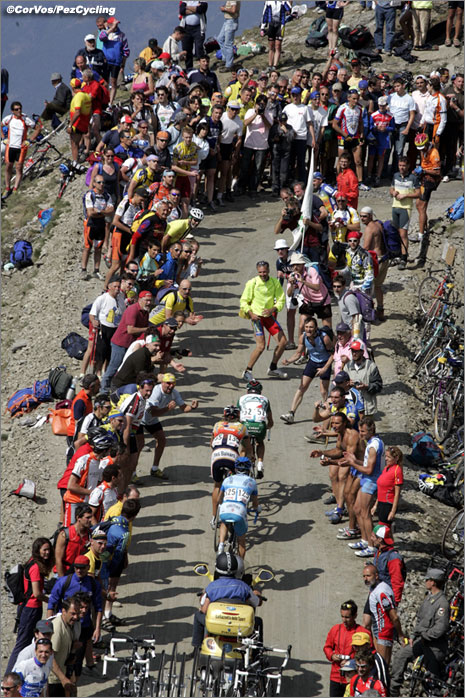 PEZ: And a chrono man is not going to win.
Dario: No, it’s one for the climbers – that last day time trial will not be important after seven mountain top finishes and 40 major climbs.

The race will be about climbers and maybe the breakaway specialists who can climb – Liquigas were lucky when the big escape went this year, but that could happen again. 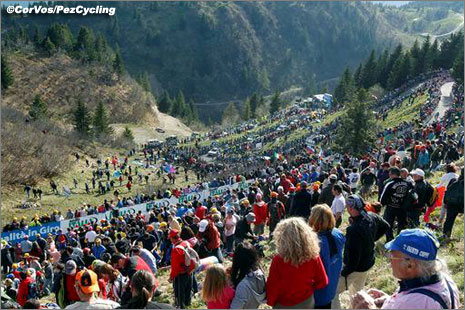 PEZ: It will be a hellish race, with all those climbs.
Dario: It will be hard for everyone, but they have put a few easy days in between the really hard mountain days.

For me what are more of a problem are the long transfers.

PEZ: Riders really like dislike transfers by air, why?
Dario: It’s not so much a physical consideration as the fact that you lose the rhythm of the race and you use up a lot of time; getting to the airport, checking in, getting to the bus at the other end – it all takes time.

Transfers don’t make it easy; they make the days very long – if I could chose, I would chose not to fly, but one of the transfers is too long to drive so we must fly. 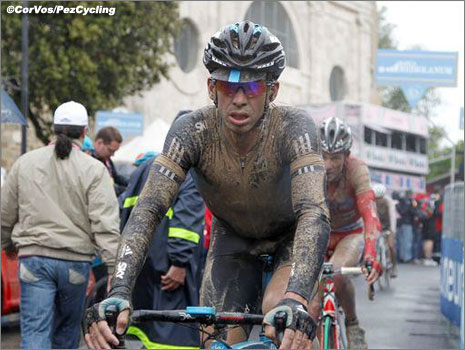 PEZ: Dirt roads – just a gimmick?
Dario: I’m not against the white roads, they made the stage this year very interesting; but I don’t think that you must have them every year.

They’re not so bad if it’s dry, they are not that much different to ride from asphalt, but it’s a lot of work for the mechanics if they turn to mud. 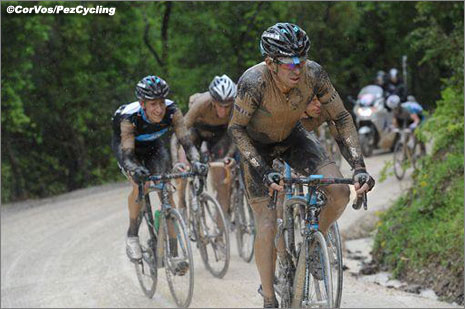 PEZ: The toughest stage?
Dario: The last mountain stage – to Sestriere is 200 kilometres and if you are tired then that stage will really kill you.

I think that the race will be decided before then because there are so many hard stages already.

PEZ: Who are your favourites?
Dario: It depends on who is riding – Basso may go for the Tour but if he rides then he is the favourite.

But Nibali has improved this year and will also be one to beat. 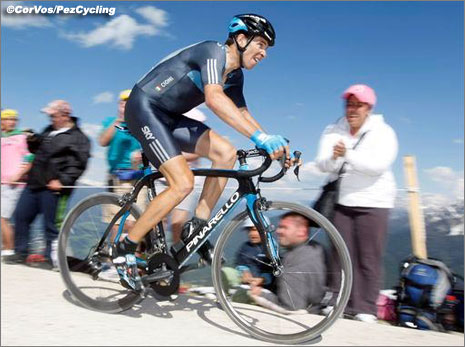 PEZ: Can you still ride the Giro and Tour in the same season?
Dario: It depends what you want to do, but it’s difficult to do well in both – if you look at the riders who rode the Giro this year they could not perform in the Tour, they were fried.

I don’t think that it’s possible to do both at the highest level and I don’t think you should start a big tour with the intention of quitting after 10 or 11 stages.

PEZ: And what of 2011 for you?
Dario: The team has asked us to email to them what our ideal programme would be; we have a team meeting on 16th November when we’ll discuss the programme in more depth – we should have our programmes confirmed by the end of November and then we can frame our training to suit.

In my email I have requested that I ride the Giro – that would be my main goal. 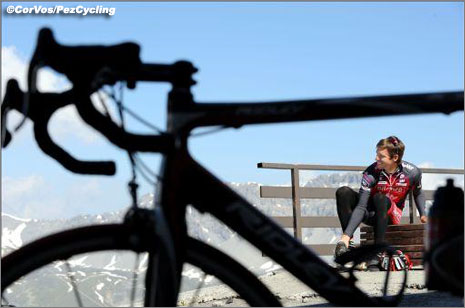 PEZ: How much of a break will you take, over the winter?
Dario: I stopped after Lombardy and haven’t been on the bike since.

I usually start in early December but I think I will start in mid-November, but gently, three or four days each week.

And then, in the second half of December I will start to do some proper training.

Giro ’11 Close Up: The Monte Zoncolan