Rider Interview: Young New Zealander James Fouché is the latest of the ‘up-and-coming’ riders to get the Ed Hood treatment. 19 year-old James has battled through the junior ranks and now as Under23 New Zealand road champ, he kicked off his 2018 European campaign with Team Wiggins successfully in Portugal. 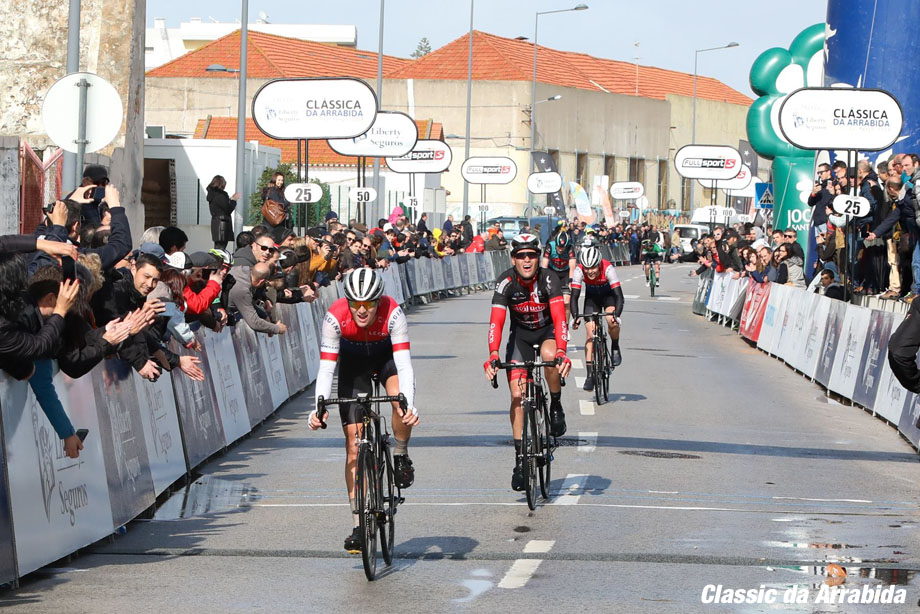 In recent weeks we’ve been speaking to ‘up and comers’ from some far flung corners – Latvia and Greece – and to continue with the trend we go now all the way to New Zealand to speak to James Fouché.

Despite being only 19 years-of-age the Team Wiggins rider has ‘been around.’ He was second in the New Zealand junior time trial championship in 2015 and within a year was 2016 Oceania junior road race champion and runner-up in the time trial. That season he also took second place on the time trial stage in Canada’s Tour de l’Abitibi, the ‘junior Tour de France.’

Last year saw him take second place in the New Zealand u23 road race and time trial champs as well as third in the elite criterium champs. He rode the Tour of the Gila in the US, the ‘Baby’ Giro in Italy and found time to win kermises in Belgium. 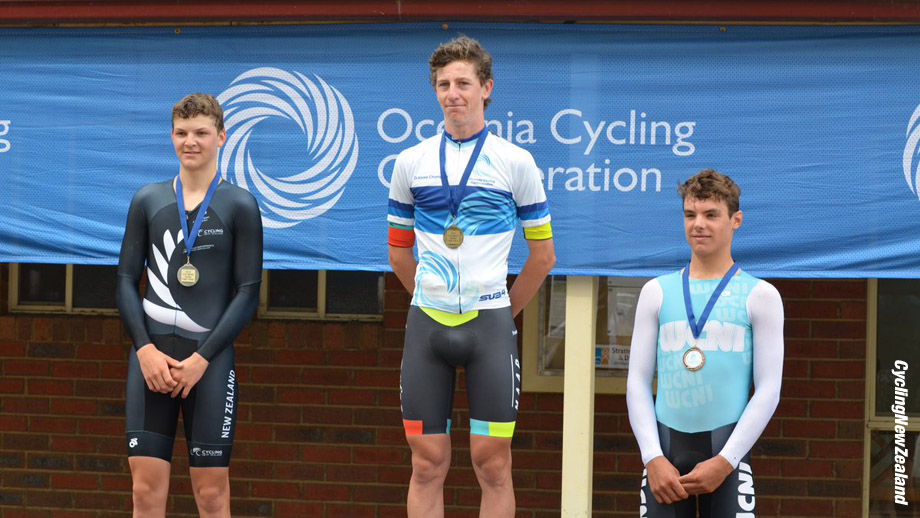 This season he’s taken third place in the New Zealand u23 TT champs, won the u23 road race champs and recently placed second in the Classica da Arrabida in Portugal. At time of writing he’s competing in the Volta ao Alentejo in Portugal where Wiggins team mate Gabriel Cullaigh won the first stage and took the yellow jersey before passing it to team mate Mark Downey.

PEZ caught up with him between the Classic and the Volta.

PEZ: Nice ride in the Classica, James.
James Fouché: I’m happy with that result, I wasn’t sure what to expect, it was a pretty wild day with rain and 50 kph winds – the course was pretty brutal too with gravel sectors. The Russian rider, Dmitry Strakhov of Lokoshinx went away with 60K to go and just kept pulling away, at the end he was 34 seconds up the road. (At time of writing Strakhov had also won two stages of the Volta ao Alentejo, ed.) 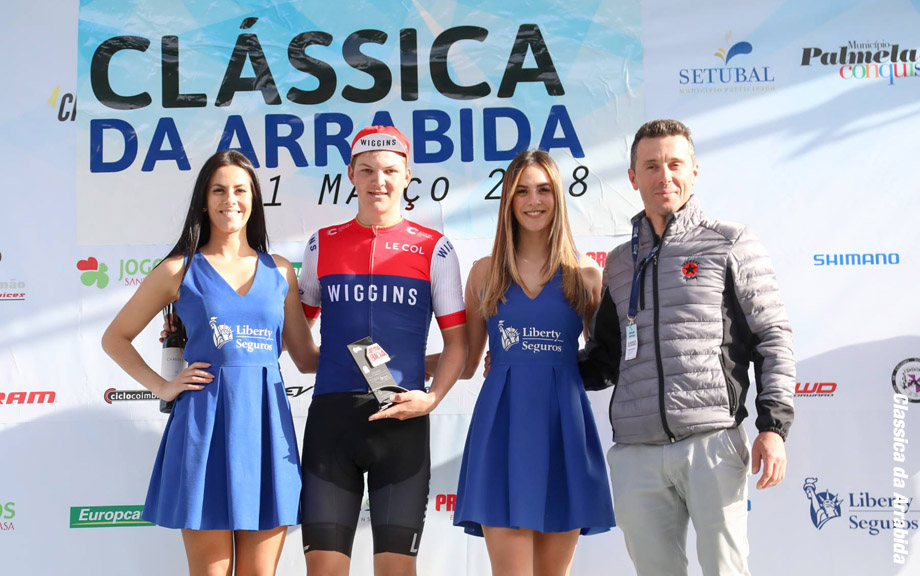 PEZ: How did you get the Wiggins ride for 2018?
One of my friends knew someone on management with the team and they saw I had some decent results, we had a meeting and I signed. 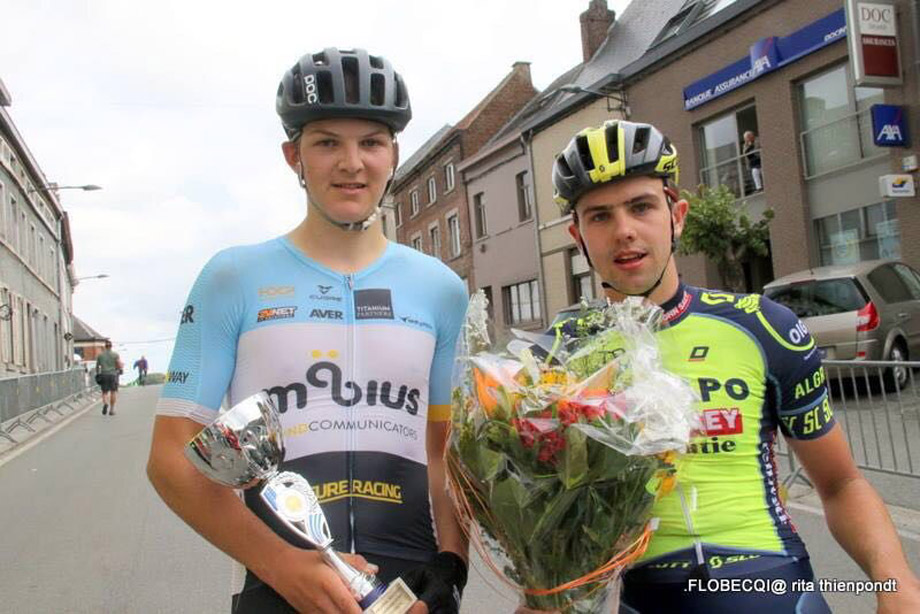 PEZ: You were with Mobius Future racing in 2017?
Yes, this year they’re a continental team but last year it was just an Aussie club team. I was fun racing with them and we got into some pretty good races, competing against continental teams. We rode the Tour of the Gila in the USA so it gave me a good taste of racing in the States and in Australia. 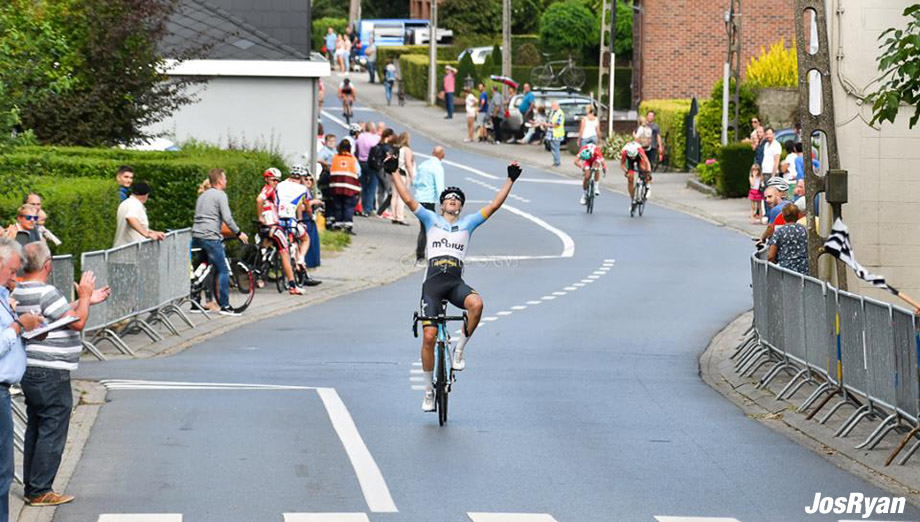 PEZ: And you rode the Belgian kermises too?
I won two, one of them was on a bit of hilly course, 10 laps and a windy day, the road dragged up but there was no decent descent to recover, it came down in steps. 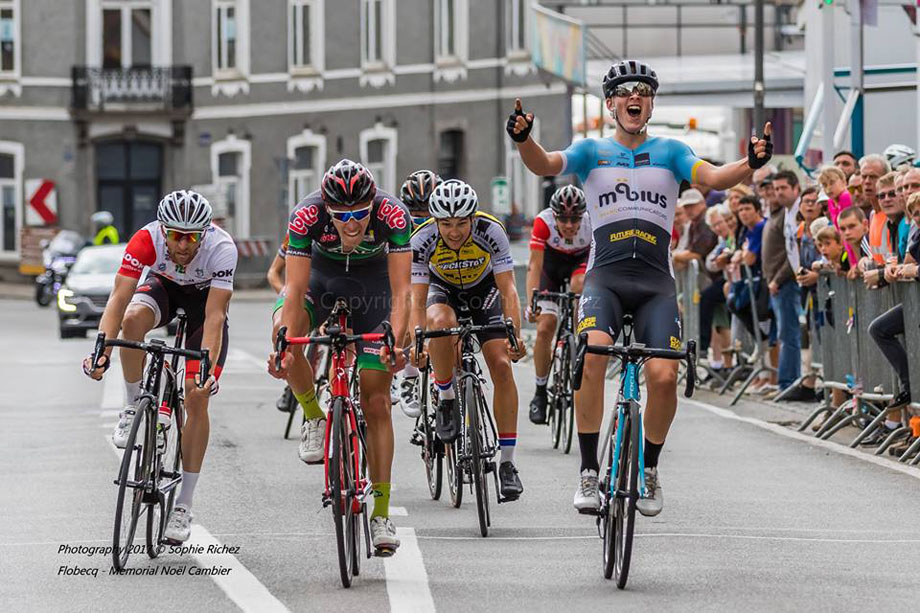 PEZ: Did that not give you an appetite to ‘do the Belgian thing ?’
I didn’t get any offers from Belgian teams and besides, I love the set-up we have here at Wiggins, I wouldn’t want to be anywhere else right now.

PEZ: You have some strong TT results, is that an area you’d like to concentrate on?
I’ve always gone OK in time trials but I’ve not ridden a TT bike in eight months. I have one here at training camp in Portugal and our next race, the Volta ao Alentejo has a time trial in it. 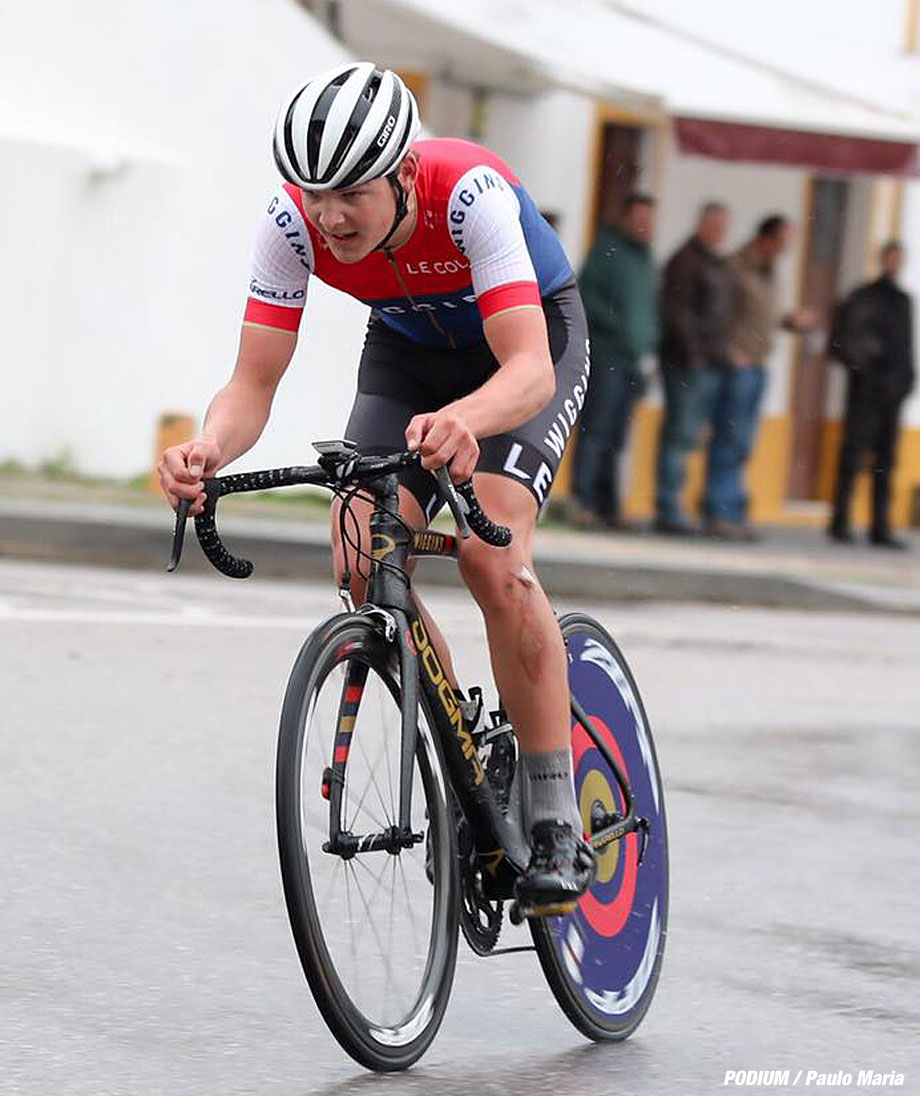 PEZ: Where’s ‘home’ for 2018?
Girona in Catalonia, there are quite a few of the Wiggins boys there so I’ll have no problem with training partners – and I’ll have my time trial bike there so I can do specific work on it.

PEZ: You were seventh finisher and u23 champion in your national road race – it was a very strong field.
I was actually targeting the u23 time trial but it wasn’t my day and whilst I was looking forward to the road race, to win the u23 title was a bit of a surprise. The New Zealand road race scene has really taken off these last three or four years, we have good representation at the highest levels with guys like Jack Bauer, Aaron Gate and George Bennett all riding well which gives a good impression to teams that New Zealand guys are worth signing. The guy who won it, Jason Christie doesn’t actually have a team for 2018 even though it’s the second time he’s won, he was champion in 2016 as well.

PEZ: What’s your favourite kind of race?
I’m still figuring that out – I’m not a sprinter and I’m not a mountain goat but I can get over the hills. I really want to test myself in the u23 Ronde Van Vlaanderen and Paris-Roubaix, test myself.
I ride Roubaix with my Wiggins team but the Ronde will be with the national team as its part of the Nations Cup. 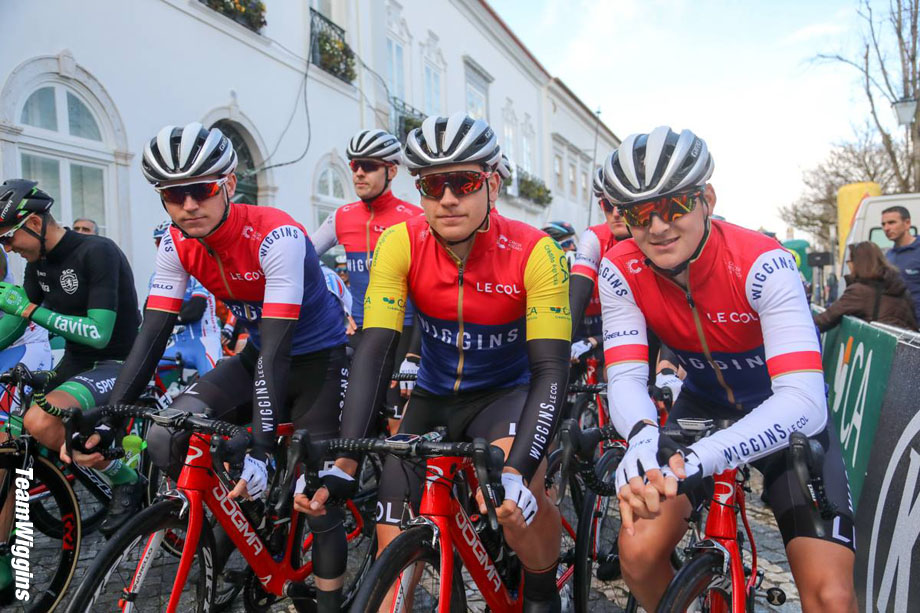 PEZ: Do you see much of Sir Bradley?
I met him at the team launch just a couple of weeks ago – he’s set up a great team here. You only have to look at James Knox moving up to Quick-Step and Scott Davies moving up to Dimension Data to see what a good job they’re doing to develop riders.

PEZ: 2018 is about?
I want to get some good racing in and figure out what sort of rider I am. I want to learn from and back up the more experienced riders on the team and I’m looking for some results. 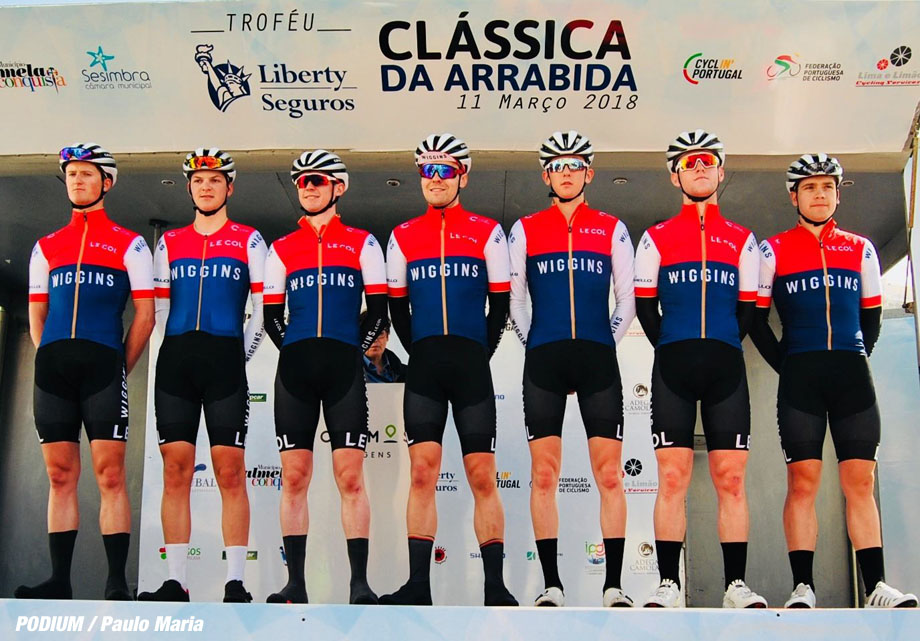 PEZ: What’s the program now?
After the Volta ao Alentejo I go home for a week then I have the u23 Gent-Wevelgem, that’s a Nations Cup so it’ll be with the national squad then it’s the Triptyque des Monts et Chateaux stage race in Belgium with Wiggins then the u23 Ronde and possibly the u23 Liege-Bastogne-Liege.

PEZ: And if you could win just one race?
The Worlds – but not this year ! And Roubaix would be nice. . . 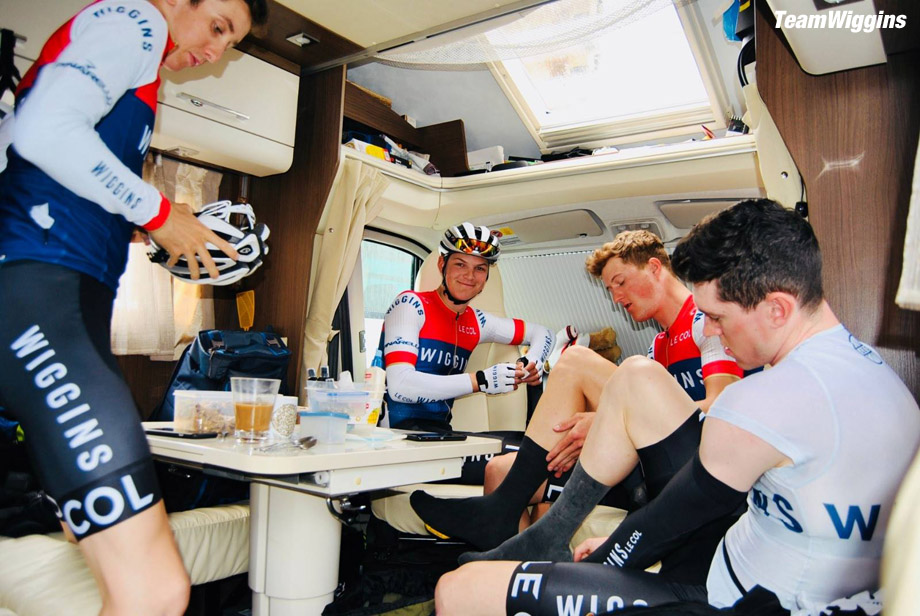 # With thanks to Team Wiggins soigneur, Martyn Frank for connecting us with James and to Jos Ryan of the Dave Rayner Fund for the Belgian photos # 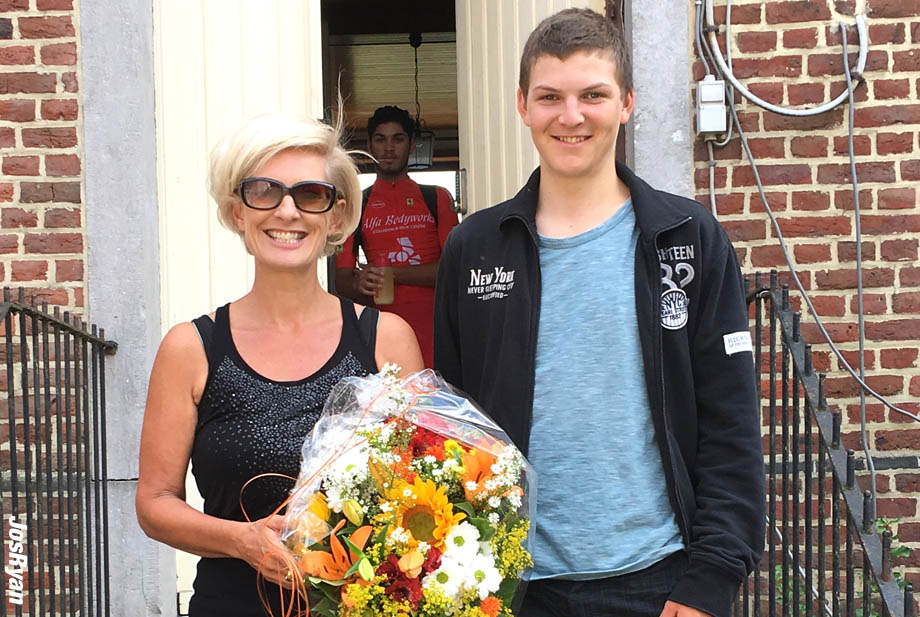