Ex-Rider Interview: Mark Cavendish wasn’t the first fast finisher to come from the Isle of Man – Steve Joughin started racing as a schoolboy in Douglas and went on to be one of the most successful British riders in the home professional scene of the 80s. Ed Hood had a word. 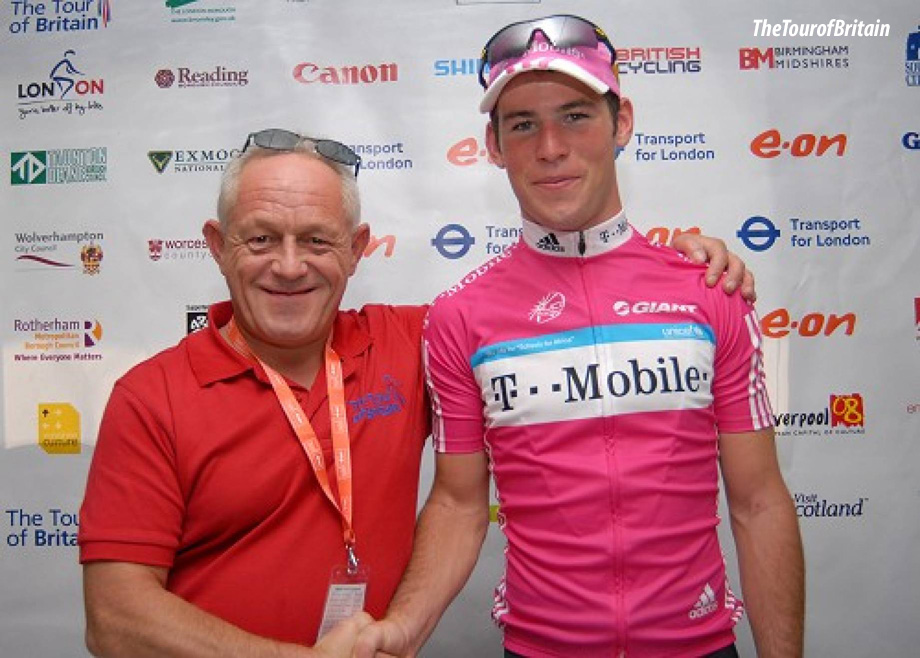 The ‘Pocket Rocket’ they called him; British Junior Road Champion, twice winner of the season-long Star Trophy, winner of just about every major amateur race in Britain and twice British Professional Road race Champion – the Isle of Man’s own Mr. Steve Joughin. High time we caught up with him:

PEZ: Thank you for agreeing to speak to us Steve – you were twice Mersey Division Junior Champion, was that with the Kirkby CC?
Steve Joughin: Yeah but with Manx Road Club, I was never a Kirkby man, I only ever rode for two teams as an amateur, Manx Road Club and Manchester Wheelers. I think it was an advantage for us on the island that as juniors we could race against the seniors, the racing was ‘open,’ it brought you on. 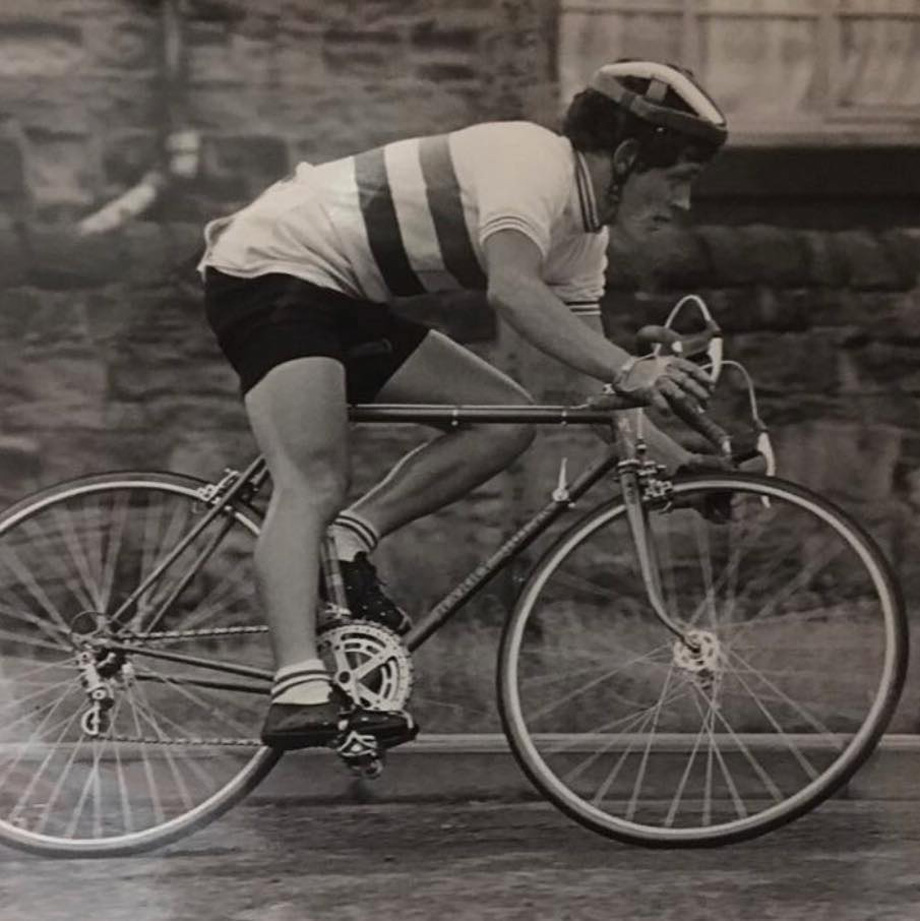 PEZ: You won the British Junior Road race Championship in 1977 from Russell Williams?
You know, I was more nervous before that race than any other race I’ve ever ridden, I was so dedicated back then and anxious. Cycling was the first sport I tried and was good at, I was rubbish at football. It was a hot day that day, I had my Mersey Junior Champion’s jersey on with my pre-race meal consisting of jam sandwiches. Russell was second, yes – he followed me all day, he was good at doing that. 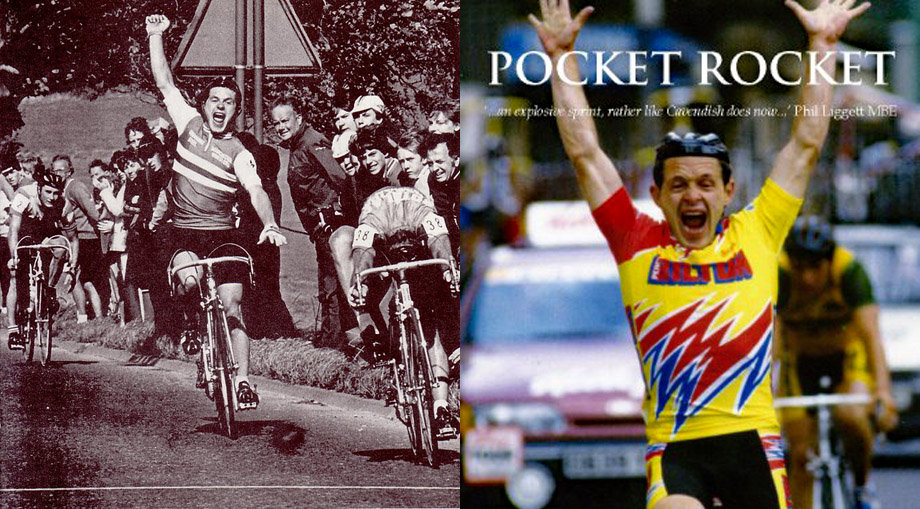 PEZ: In 1980 you won the Star Trophy; but there were a lot more races on the calendar than there are now for the Premiers?
I won the GP of Essex and the Lincoln GP that year but yes, there were so many more big races – the Essex Trophy, the Hyde GP, the Manx GP, the Tour of the Peak, the Tour of the Cotswolds. . . I think that during my amateur career I won most of them. The thing was that when you were in the Manchester Wheelers – I joined in 1979 – it was like a race within a race, you had so many good team mates that you had to pick your move carefully so that you weren’t racing against your own team mates.

PEZ: Some say that the Manchester Wheelers paying guys to stay amateur held back the pro class?
I actually had an offer to turn pro with Falcon at the end of 1977 but I wanted to stay amateur and ride the 1978 Commonwealth Games. I don’t think that the Wheelers influenced guys to not turn pro – it wasn’t as if we got a lot of money. 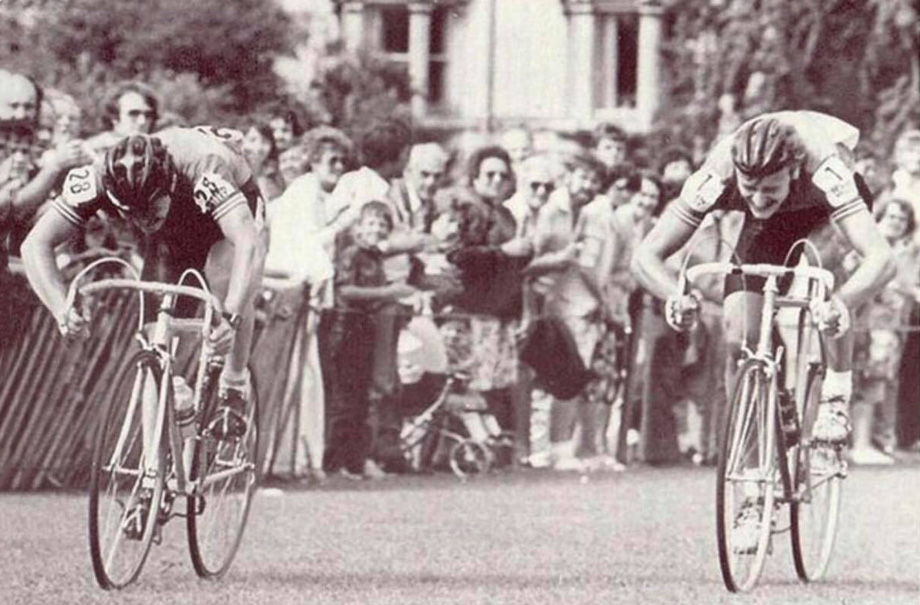 PEZ: How did The Games go for you?
I rode the Commonwealth games twice, in ’78 when Phil Anderson won and then in ’82 when Malcolm Elliott won; I was a much more experienced and better rider by then. In ’78 I was 27th and I know sounds daft but in ‘82 I had new shorts on for the race and they had me in extreme discomfort for first couple of hours – I missed the break, punctured, finished on the rim and ended-up seventh. On the plane home from Brisbane after the Games I gave myself an ultimatum; I’d gone as far as I could as an amateur – I had to get a pro contract.

PEZ: Season ’81 saw you in the Milk Race.
I rode it in ’80 too, Soukhoroutchenkov rode with the Russian team – he went on to win the Olympic Road Race in Moscow that year – his team mate, Ivan Mitchenko was the overall Milk Race winner. That was some ‘blooding’ – the best I did was sixth on a stage; but I got through it. My team mate, Des Fretwell said to me after the last stage; ‘after this you’ll be able to win stage races.’ Right at that moment I thought; ‘that’s not possible,’ but he was right. I won the first stage of the ’81 Milk Race, had other good stage placings and the team took six stages so that was a better race than ’80. 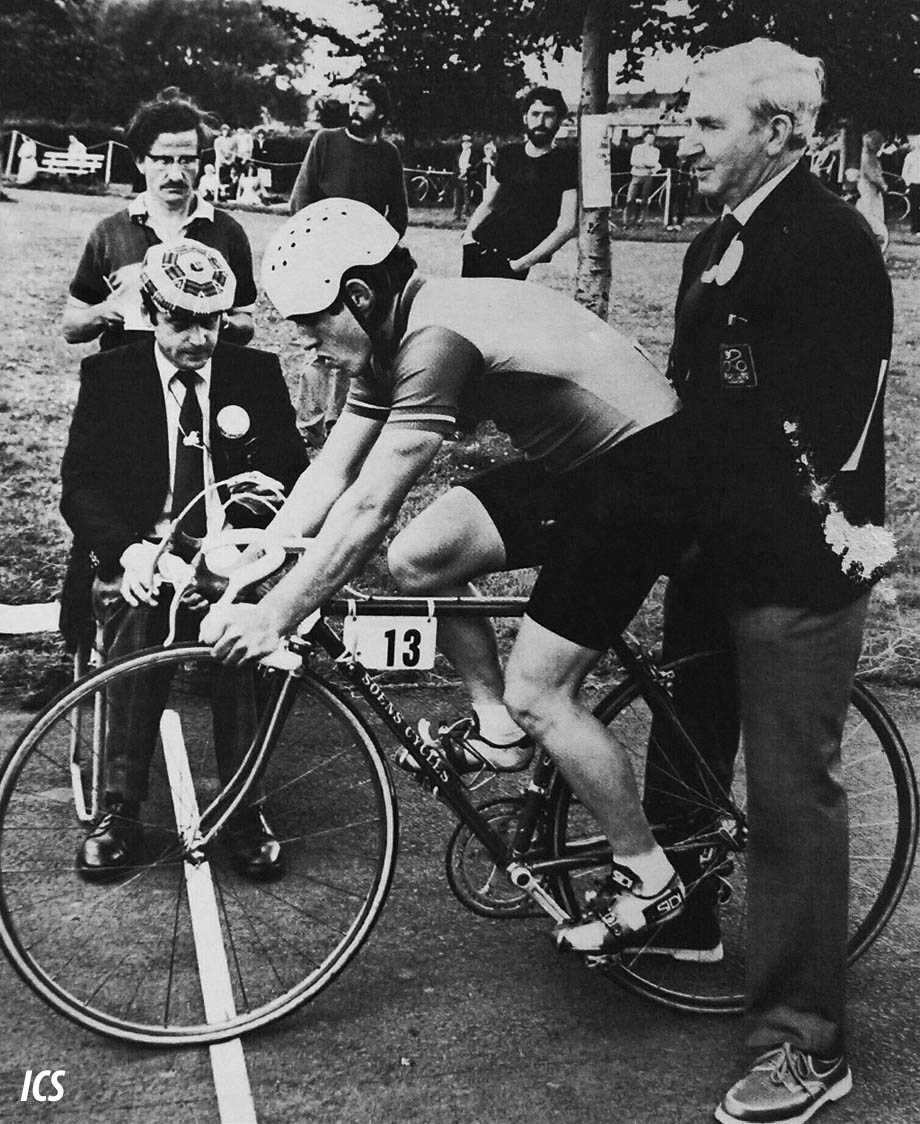 PEZ: I remember you winning the prologue of the Scottish ‘Health Race’ in ’81.
That was all I won in that race, I was burned out by that part of the season, I’d ridden the Milk Race and the Sea Link; I was over-raced. I didn’t finish that race, I had to abandon on the last stage.

PEZ: That season was when you moved to France.
Yes, but I couldn’t settle there, I was with Martin Earley’s club, CC Fontainebleau but I was living in an apartment which hadn’t been decorated, bare plaster walls – it wasn’t for me and I came home.

PEZ: Another Star Trophy win in ’82.
I had a fantastic start to that year but the first race of the year was the Chequers GP and there were no ferries off the island because the sea was so rough. That’s the thing about living on the Isle of Man, sometimes your first test was just to get to the mainland. I got a plane to Blackpool then cycled down to Liverpool with my bag on my back, to travel to the Chequers. My team mate, Mike Williams was up the road so I couldn’t chase but finished second, then I won the GP of Essex, the Essex Trophy and the Archer GP in succession, I had the Star Trophy just about won by the end of March. I won the Tour of the Cotswolds later that year as well as stages in the Sea Link and Health Race. 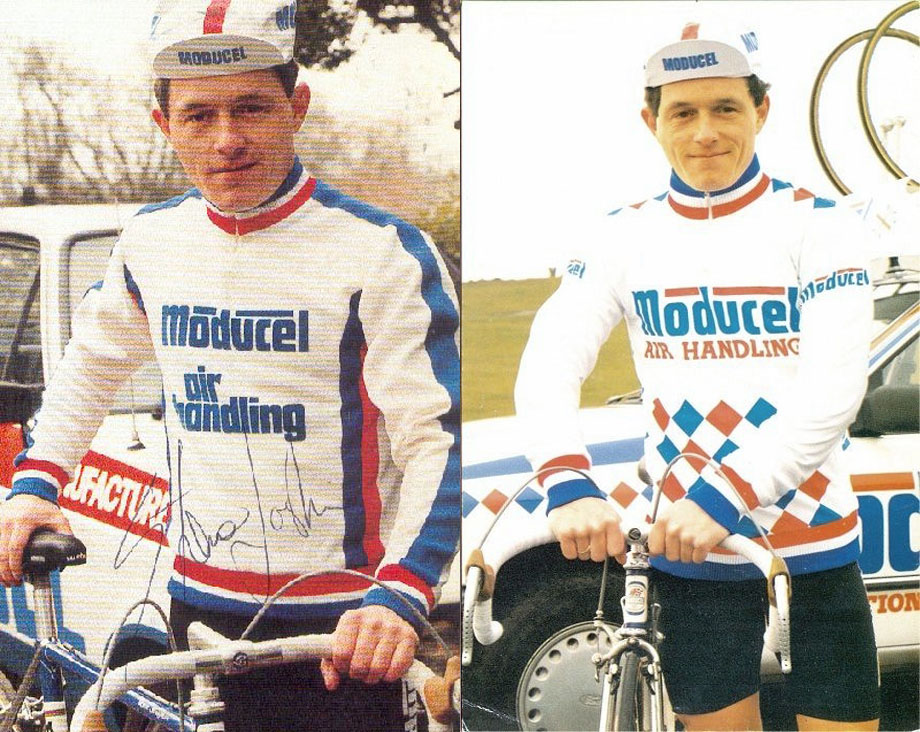 PEZ: Pro for 1983 after your Games ‘self-ultimatum’ then; how long did it take to get accustomed to life with the pros?
Yes, Mickey Morrison approached me and I turned pro with Moducel. I’d raced against the pros in pro-am races and had beaten Barry Hoban to a stage win in the London-Glasgow stage race for instance, so I knew what to expect and as soon as I turned I had guys watching me.

PEZ: You won the National Professional Road Race in ’84 on home roads on the Island.
That was a huge boost but I owe a debt to Nigel Dean for that one, he chased the break, never off the front for the last 15 miles. The break started messing about and we caught them with 500 metres to go, Bill Nickson was second and Malcolm Elliott third. That really launched my pro career and got my salary doubled. 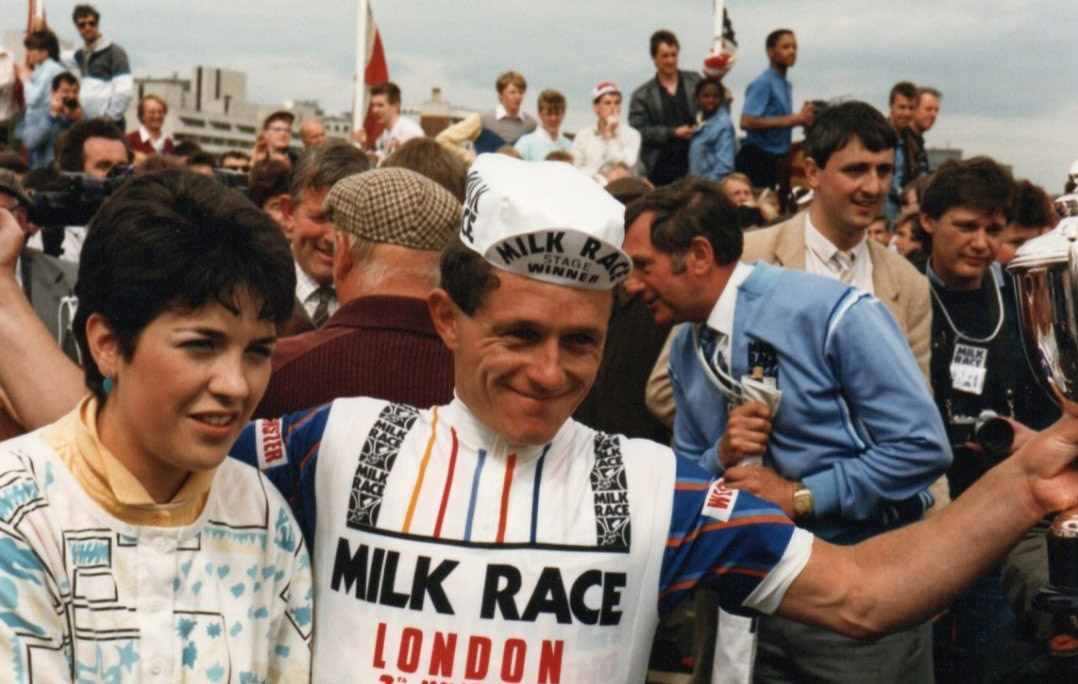 PEZ: You won two Milk Race stages in 1986.
Those were good results for me, the Milk Race was a big race, 14 days, 12 stages, a prologue and one rest day. There were some handy finishers in there, Malcolm Elliott and Abdou among them; I won Stage One beating Shane Sutton and Philippe Casado – who was a Giro stage winner – then I won the last stage, beating Abdou and Shane. 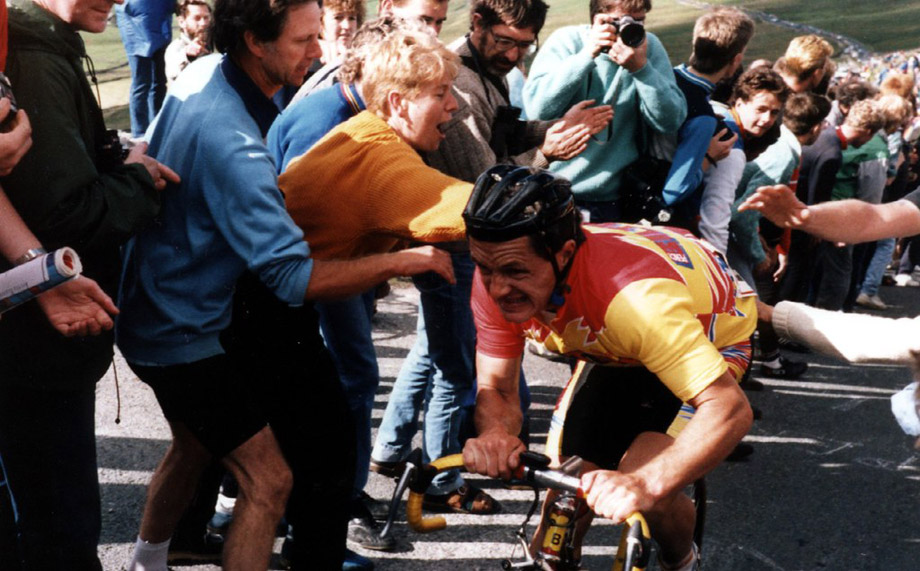 PEZ: Season ’87 saw you with Percy Bilton and take a Kellogg’s stage.
Moducel pulled out at the end of ’86 but fair play to them, they gave us plenty of notice. The guy behind the Bilton team was Ron Groom, he loved the sport and we wanted for nothing, I had a training bike, a road bike, a crit bike, a low pro – my garage was full of bikes. He didn’t make you an offer, he just asked; ‘how much are you looking for?’ You’d tell him and he’d say; ‘yeah, that’s fine.’ The Bilton team budget in 1987 was 300 grand; that was a lot of money back then. That Kelloggs Tour Stage Three win was a big result but the thing is that the day before I took such a belting. Stage Two was Newcastle to Manchester, the distance was stated as 272 kilometres; I was on the road for 8 hours and 20 minutes with Dudley Hayton and Phil Bayton. Thing is that Stage Three was very hilly and I was up front over most of the climbs and won the stage.

PEZ: Bilton was a great team but you went to Ever Ready for the 1988 season – and won the National for them?
Ron Groom was a lovely guy but got upset about things and there was a polemic about the Sport for TV criterium at Westminster which Tony Doyle won and Ron said he was pulling out of sponsorship. The thing is that he paid us a big bonus then 10 days later said he was pulling the plug. I was on holiday in Ibiza with our baby son and thinking, what; ‘what am I gonna do now?’ I ended up signing with Mick Bennett for Ever Ready but the rub is that Ron didn’t actually pull out, I was well pee-ed off I had also sort of contract wrangles after he said he was ending the team. 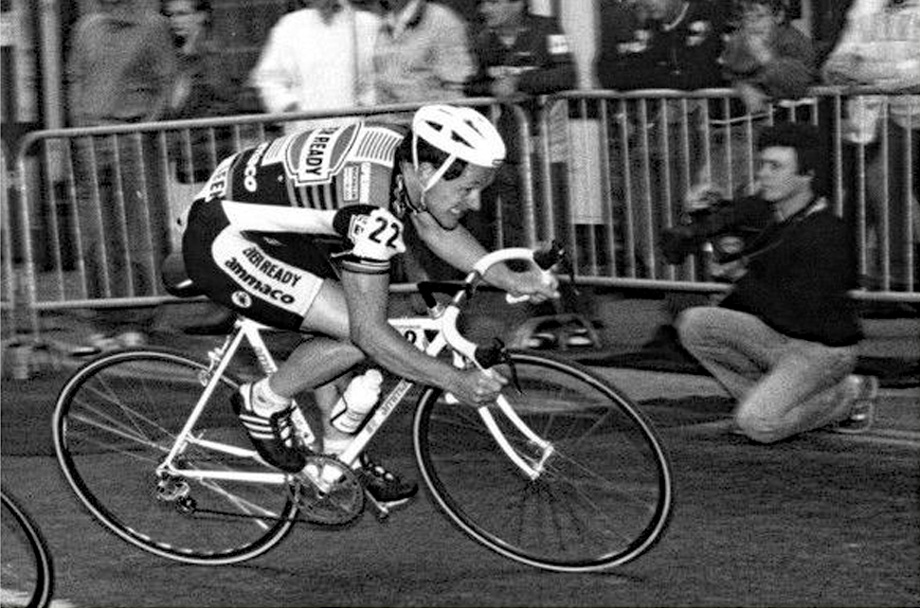 PEZ: But back to Bilton in ’89?
Ron made me an offer I couldn’t refuse but he was an impulsive guy and when he pulled out at the end of that season the writing was really on the wall for the British pro scene. But that year wasn’t bad at all, I won a Milk race stage and a stage in the Girvan Three Day at Easter. 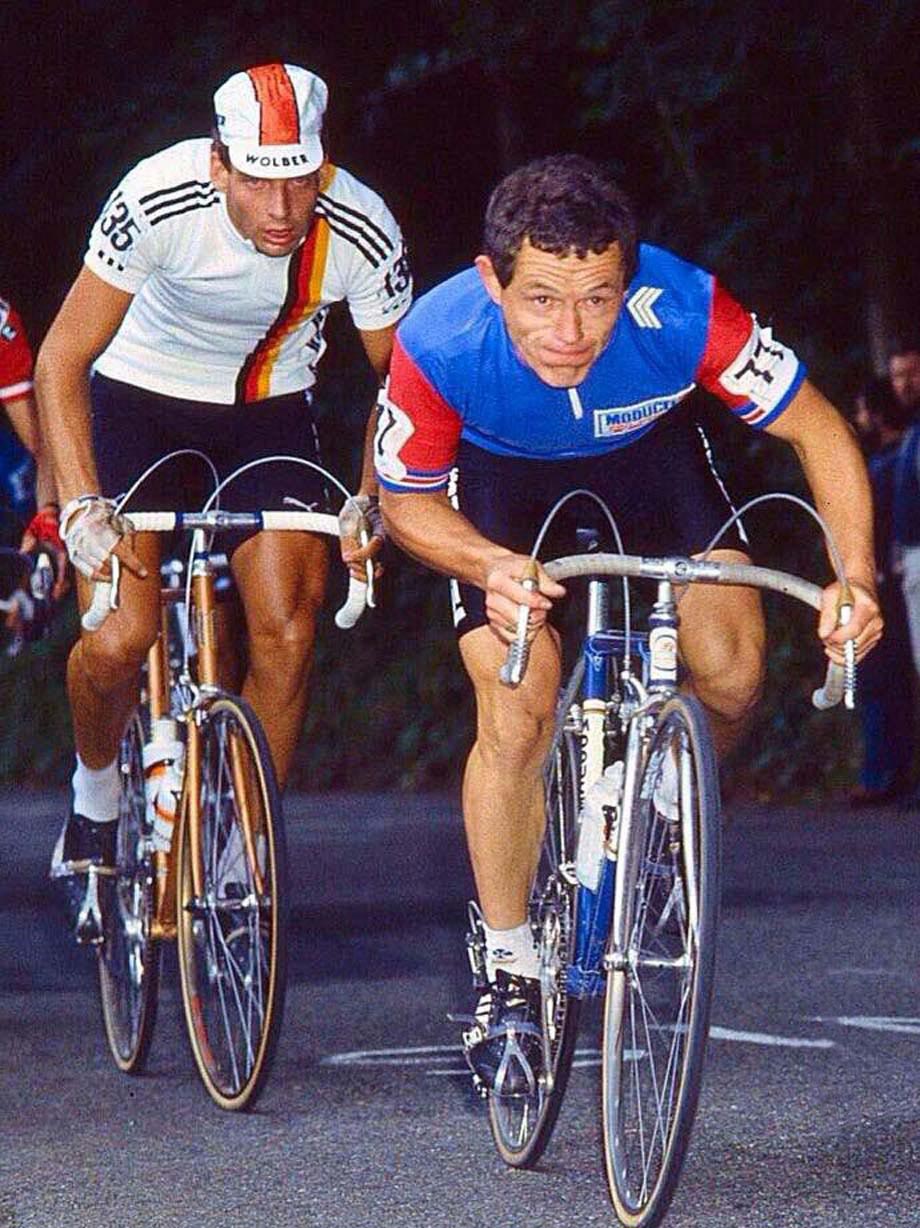 PEZ: KJC Carpets for 1991?
That was a low key affair with Steve Jones and me. I’d never finished outside the top 10 in the British National Road Race Championship and was on the start line of the ’91 edition when the guy who owned the team told us he was pulling the plug on the team after the race. I chucked the race early and that was that.

PEZ: Tell us how your Pro Vision cycling clothing came to be.
In ’92 I was working for Terry Dolan as a sales rep. my territory was pretty big – Aberdeen in North East Scotland down to Eastbourne on the English Channel. Terry’s frames were all built on the premises and the capacity was seven frames per week but I was selling 35 frames each week so he had organise other builders to meet demand – things were going well until the directors fell out. I decided that I needed to work for myself and began selling shorts into shops, my son’s cycling club asked me if I could provide them with custom made club jersey – and 25 years later I’m still at it. Business has been good but things are tricky for everyone right now, hopefully on-line sales will be boosted – you have to remain positive. 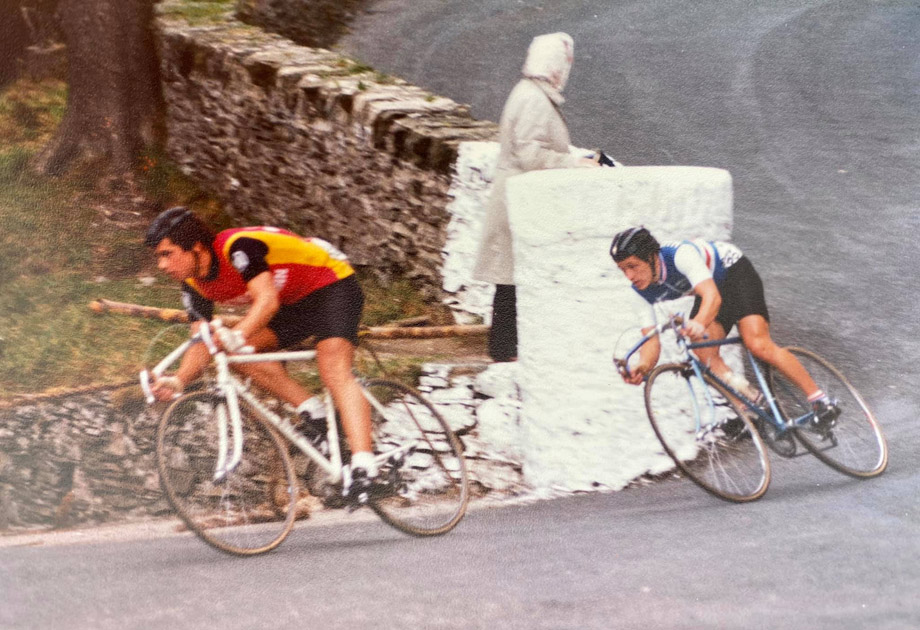 PEZ: Your finest hour?
I won a lot of big races but the best moment for me was winning the Manx International in 1979 for the Manx Road Club.

PEZ: Regrets?
None, I love the world of cycling but it does niggle that I wasn’t selected for the Moscow Olympics in 1980, I’d proved I was the best single day rider in the country but the team was picked on stage race results. . . 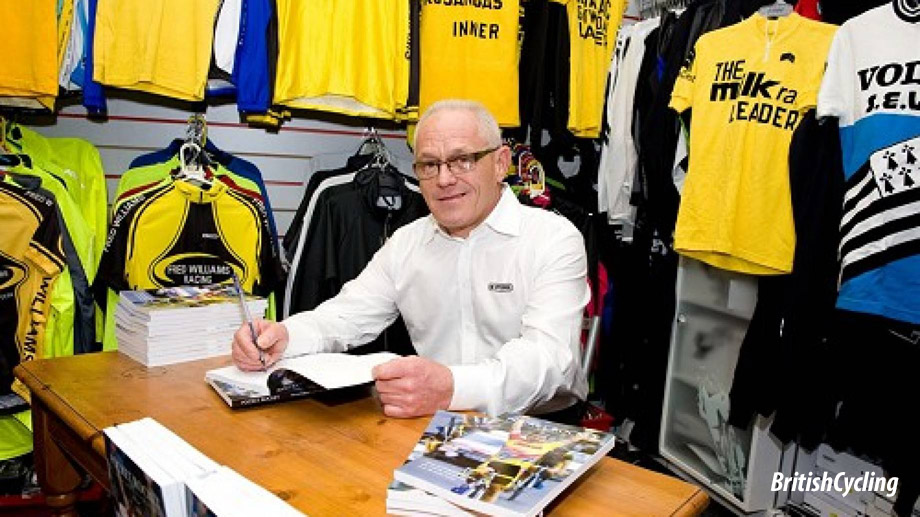 # With thanks to Steve for an entertaining interview. #