Every time I’ve met Fumiyuki “Fumy” Beppu at RadioShack training camps he has always been friendly and chatty, the perfect Professional. He was always the first rider down to the mechanics truck and ready to go when the others were still fiddling with their bikes. So I thought it was about time we learnt more about the man from “The Land of the Rising Sun.” 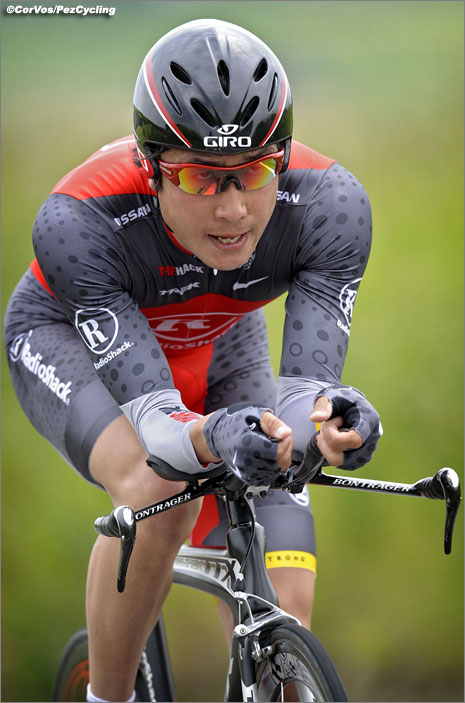 PEZ: Why did you decide to live in Marseille and then Lyon?
Fumy: Because I had ridden with la Pomme Marseille, my ex-team was there so… The weather there is pretty nice, and it was a really International team. That was at the same time as Philippe Deignan, Nicolas Roche, Remi Pauriol, Remi Di Gregorio, Mark Scanlon, Hubert DuPont etc.. They were in the team for a short time, but 35 Pros had passed through that team. It’s a good place for training and I knew people there, I have many friends.

Now I live in Sainte Euphйmie, a small village close to Beaujolais (Lyon). I decided to move there to improve my training, there are a lot of mountains and I have training partners who also live here.

PEZ: When you came to Europe was it a culture shock?
Fumy: I was very young the first time I came to Europe and rode the Tour de l’Abitibi (“A Tour de France for juniors, held in Canada”) at 17 years old. It was a junior World Cup race and I felt that this race was a real European race. At the time I had only raced in Asia, so then I was thinking…I must to go Europe, it was my objective.

Also I felt European cycling had a passionate racing style. The Asian race style is always stay behind, wait. But, here in Europe is always aggressive “Go to the front and stay at the front! Pain is beautiful!” That’s very amazing for me. And cyclists are always friendly and nice! I came to live permanently and race in Europe when I was 19 years old. 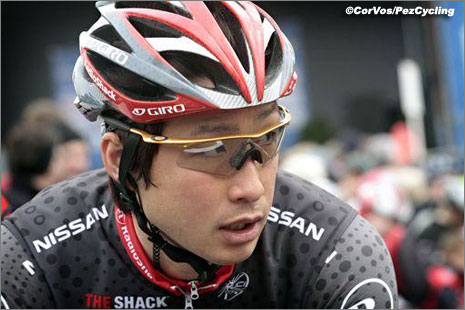 PEZ: What is the biggest difference between Japan and France?
Fumy: It’s the mentality and we haven’t the cycling culture in Japan like there is in France. Cycling is already in the blood of the French people, it’s part of their life. But for Japanese people cycling is only for transport (how you say “only moving tools!”). But, when I was a professional in 2005 I then started to think that Japanese people had changed their minds. Many more people liked cycling, and they liked to watch it on TV, live on J-sports (like Eurosport) now.

PEZ: Do you go to Japan very often?
Fumy: No, I go back to Japan only for a vacation after the end of the season. It’s the only time I meet with my parents, brother and friends.

PEZ: When you were young was Keirin the only cycle racing you would see in Japan?
Fumy: Yeah! Keirin it’s a popular sport in Japan. But, it is gambling, so people have a bad image of Keirin. When I was young I knew about Pro cycling in Europe. I read cycling magazines, watched the Tour and the Classics on video etc… My eyes always looked to Europe, even when I was young! 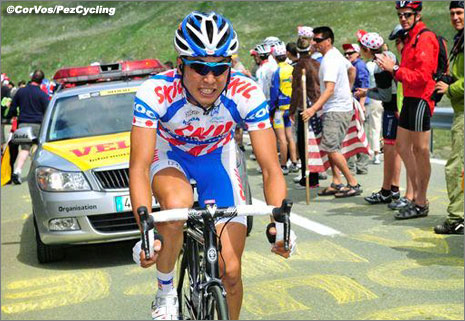 PEZ: You rode for Discovery Channel, moved to Skil-Shimano and then to RadioShack in 2010. Was it good to return to the Johan Bruyneel set-up?
Fumy: I’m really happy with the RadioShack team! It’s like returning home, it’s like a big family!

PEZ: Which races will you ride this year?
Fumy: I will start with the Mallorca challenge, then the Giro di Sardegna, after that it will depend on my condition, possibly; Tirreno-Adriatico, the spring classics and Romandie, then I hope the Giro d’Italia. I have a good program and that has given me big motivation for this year! 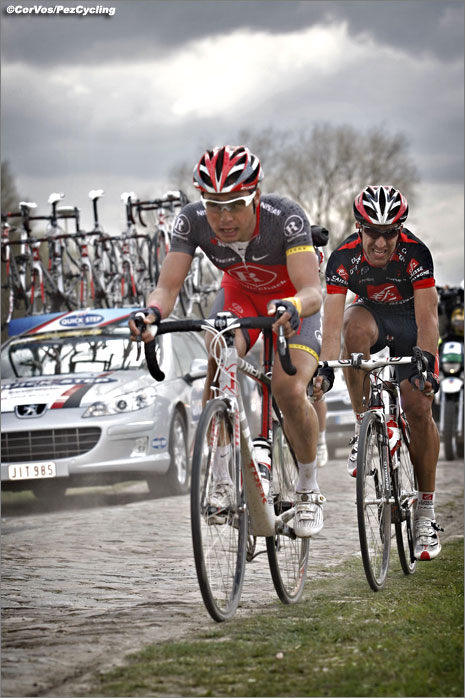 PEZ: You seem to be in your element in the Classics and the Tour, so which are your favourite races?
Fumy: I have ridden nearly all the classics (except the Clasica San Sebastian). I like the Classics, I feel passionate for those races. The best classic is Paris Roubaix. It’s a hard race but, I love that race!

I have only ridden the Tour de France once in 2009 (7th on stage 19 & 8th on stage 3, 112th on GC). I felt that I was coming into my best condition at the Tour in the last week. So I think I will be good in stage races. And I want ride another Grand Tour also.

PEZ: Did you have a cycling hero when you were young?
Fumy: Yes, Lance Armstrong, Jan Ullrich and Mario Cipollini.

PEZ: And now, which riders do you admire?
Fumy: Andreas Klцden and Robbie McEwen

PEZ: Favourite Japanese food?
Fumy: Onigiri (rice balls with various fillings), I love SUSHI, I had a part time job working in a sushi shop when I was 16 years old. I was making sushi, so I can cook sushi! That’s why I like it so much! 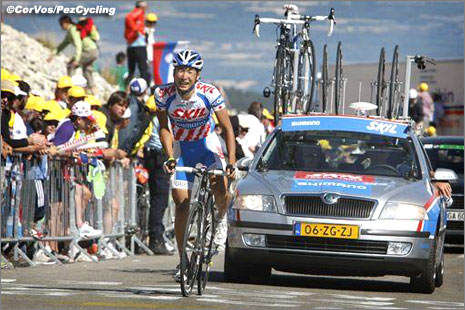 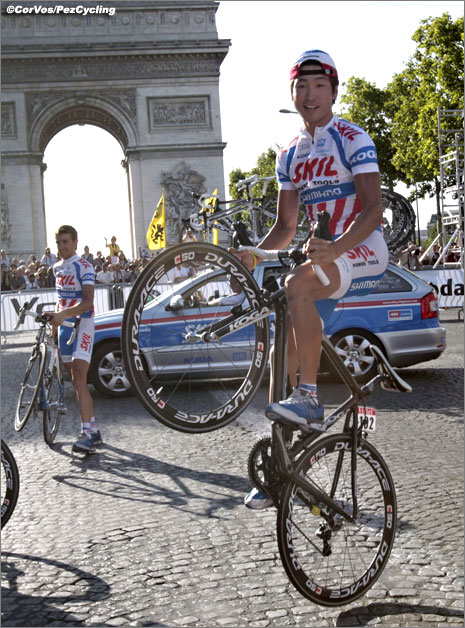 PEZ: How did you learn to pull a wheelie (with bunny hop) like you did at the end of the Tour de France in 2009?
Fumy: I started cycling MTB when I was 9 years Old, until I stopped to ride the road when I was 17 years old. I can ride over 3 kilometers doing a wheelie on a mountain bike!

I like BMX free style too, so when I was young I would play doing (trying) bike tricks. I had many wounds on my skin.

PEZ: What do you dream of for your cycling career?
Fumy: Win a stage of the Tour de France!

***
There you have it…Japan’s first Tour stage winner in the making? Good luck for 2011, and thanks for being a nice guy!

Best Of PEZ ’10: Appreciating The Un-fabulous