Frame Builder Talk: With so many mass-produced carbon frames on the market, it makes a nice change to see hand-made artisan built titanium frames. Darren Baum has been producing frames under his own name, first in steel and now in titanium, for 24 years. Ed Hood heard all about it. 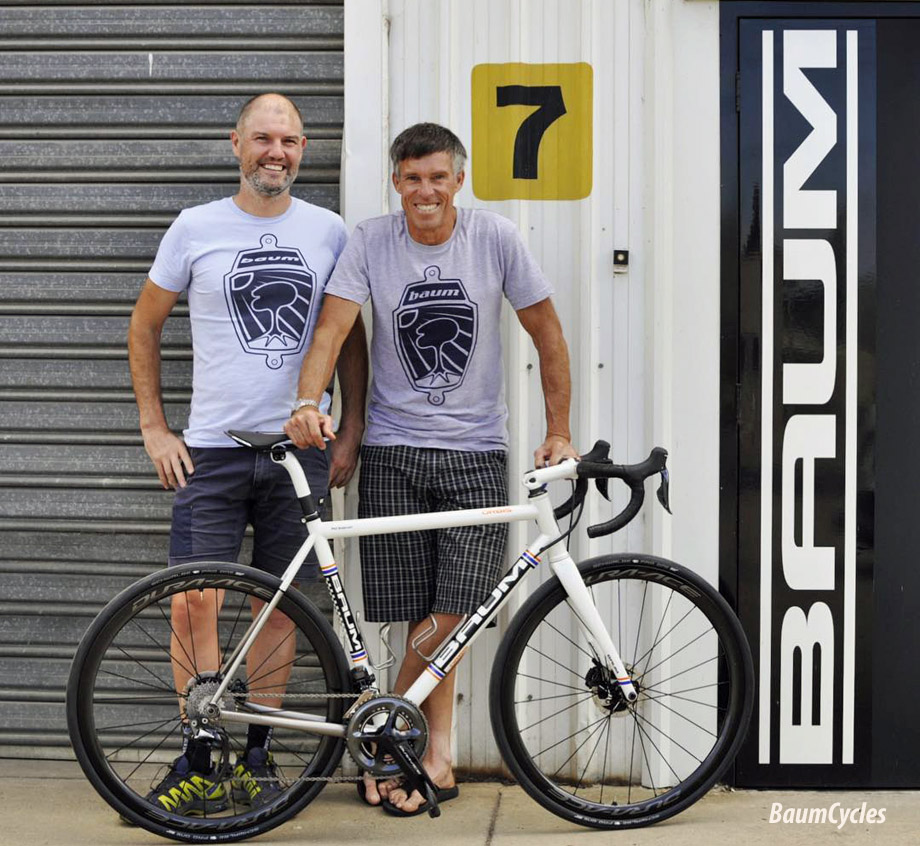 Not Stephen Hodge, but Phil Anderson with Darren Baum

When we interviewed Aussie ex-ONCE professional, Stephen Hodge recently he mentioned to us that his favourite frame builder, Darren Baum had got hold of and sliced up one of those stunning LOOK ‘Bat Bike’ TT machines which Hodge had ridden back in his professional days. Our interest was piqued – and when we heard said Mr. Baum was an artisan builder of titanium frames in a world where ‘carbon is king,’ we thought we best, ‘have a word.’ 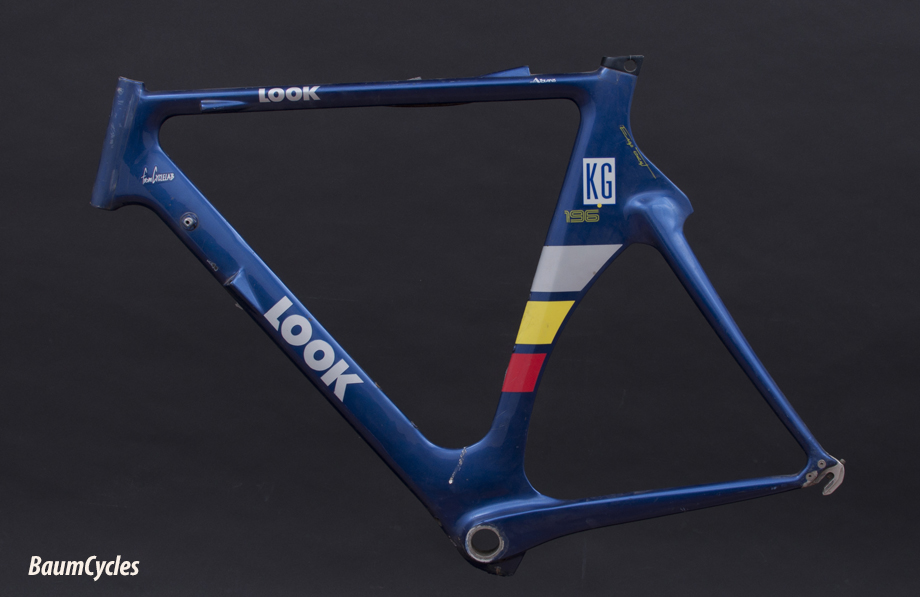 PEZ: What was the craic with slicing up the LOOK, Darren?
Darren Baum: At the end of the season, after the Sun Tour here in Australia the European pros would sell off their bikes. Stephen sold his machine to a chap who came to work with us and when the frame broke we thought it would be a good opportunity to have a look inside. We sliced it up and there was all sorts in there, bits of cardboard and lots of plastic bags to push the matt out against the mould – they were using what would have been fibre glass moulding techniques at the time rather than modern carbon fabrication methods. We’re not averse to slicing things up to see what’s inside, we don’t just take people’s word for it. 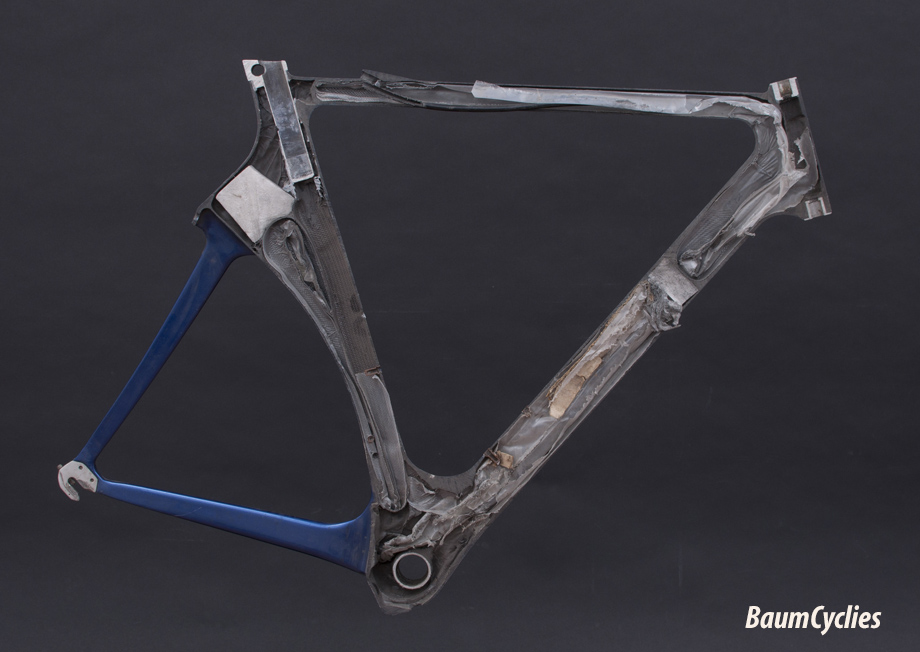 PEZ: Titanium frames, with which you are synonymous, are light, durable and have good ride quality so why is carbon, ‘king’?
First of all, let me say, there are no bad frame materials as far as I’m concerned, just bad applications. Titanium is a material with wonderful properties but the skill level required to build with it is high, you need a certain culture – plus it’s not cheap and start up is expensive. It’s also time consuming; if aluminium takes one unit of time to execute a certain task, it’ll be two units for the same operation in steel but four units in titanium. Carbon is easy to teach by comparison, you only have to teach how to lay up the fibres. 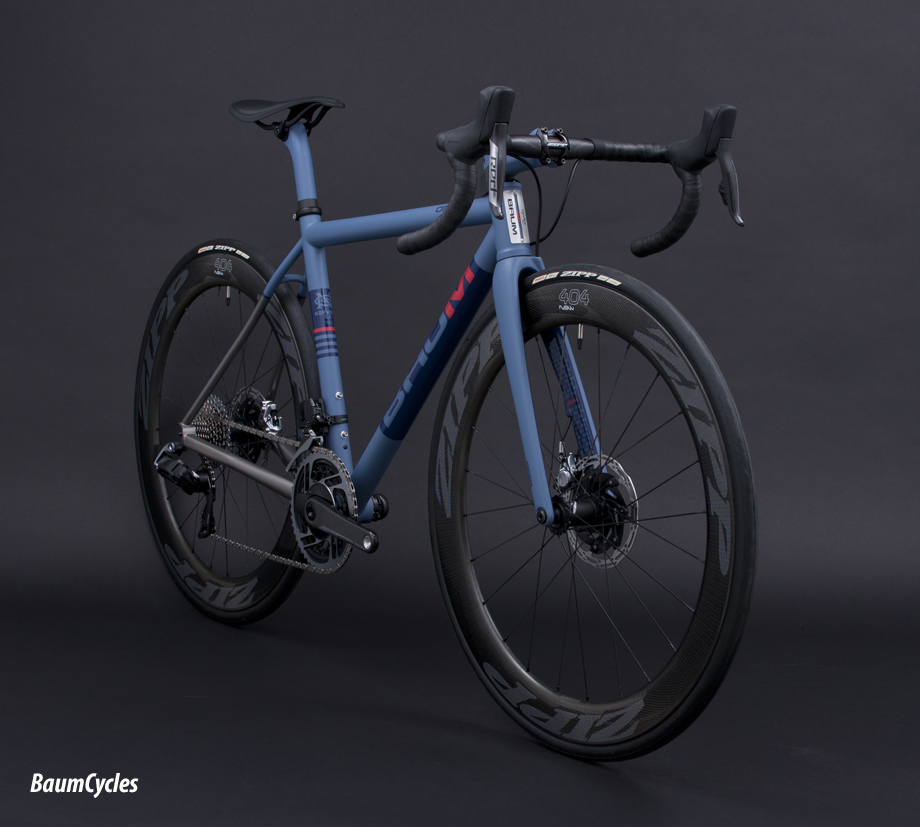 PEZ: I note that you have your own titanium tubes drawn rather than just using, ‘off the shelf’ tube sets?
I’ve been involved in frame building since 1989 and building under my own marque, commercially for 24 years – my philosophy when building with steel was that the quality of the tube shouldn’t be influenced by the value, Reynolds 531 isn’t as light or as expensive as 753 but that doesn’t relate to the ride quality, I always ‘mixed and matched’ tubing, selecting the most appropriate tubes for the top and down tube, using custom Columbus seat and chain stays whilst I found that most tube manufacturers seat tubes were good. I use the same methodology with titanium, butted tubes of constant diameter but ‘personalised’ – however that doesn’t suit mass production. But the famous TaylorMade golf club manufacturers are close to us and have a lot of experience of custom titanium shafts and heads, we were able to draw on that. The thing with titanium, is that if you were to watch me weld it you would think; ‘that looks easy.’ But it takes a long time to learn, which is expensive. Then there’s the tubes, it’s a very hard material and if you don’t know what you’re about in terms of drill speed and lubricants you’ll burn out a drill before you bore one hole but if you know what you’re doing that same drill will bore 500 holes. Luckily, I have a lot of experience of the material having come out of the aircraft industry where it’s widely used. As a small business owner I get pushed and pulled in all directions but when you put on your gloves to weld titanium there’s a certain pace you can go at – I find that comforting and predictable. 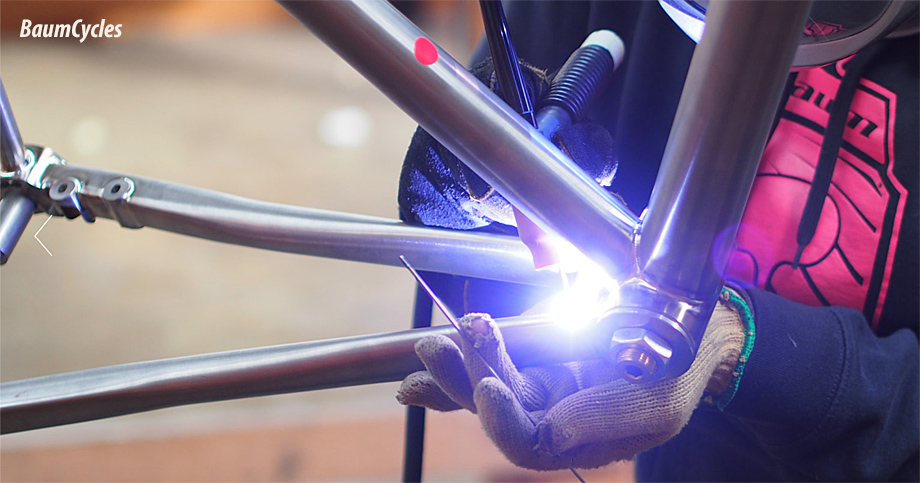 PEZ: You’ve adopted 3D printing for some components?
It’s a wonderful way to solve problems, we 3D print our cable inlets for example and parts for our gravel bikes – but it’s expensive. 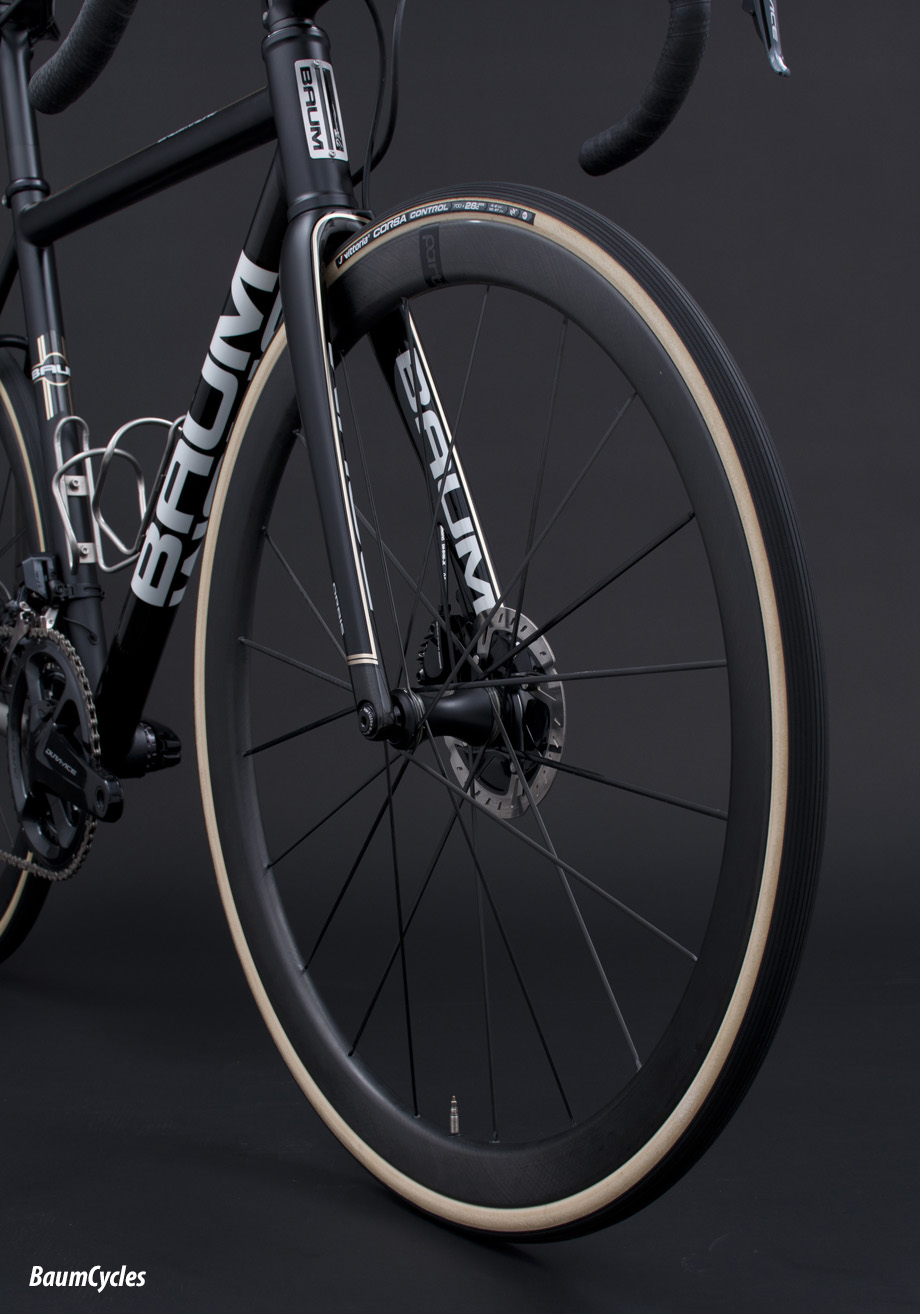 PEZ: But your titanium frames have carbon forks?
Forks are tapered and you can’t taper titanium, it’s the wrong material for the application. Aluminium forks have a fatigue life and will eventually fail, not a characteristic you want in a fork. Steel is the next best option to carbon but to get them right it’s heavy. Carbon is the optimal material for forks. 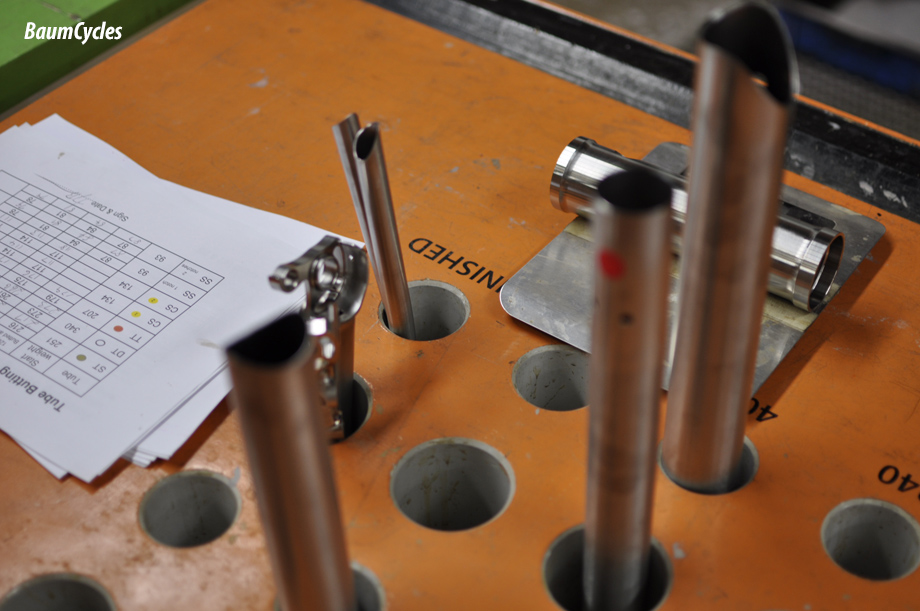 PEZ: Do you still build in steel?
I still ride my steel bike, I love the feel and ride character of a steel frame. Next year will be my 25th anniversary so we’ll be building a special run of steel frames to celebrate that – with tweaks to take 28mm tyres. 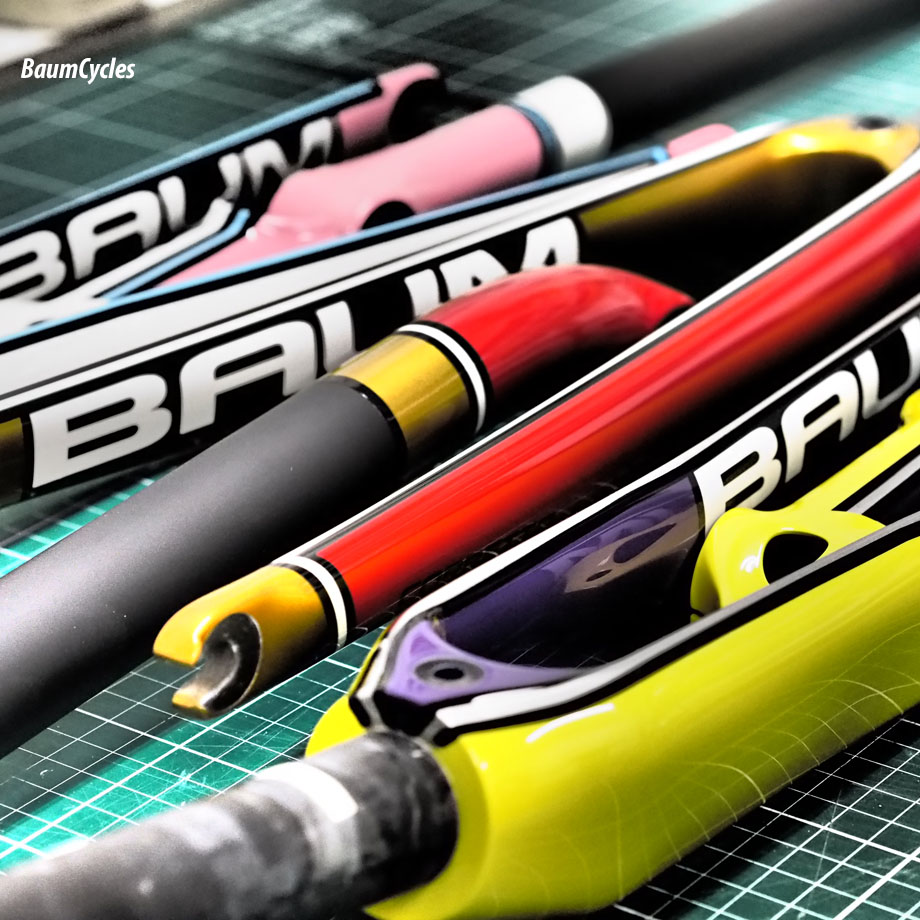 PEZ: Compare the other frame materials for us, Darren.
For me, titanium is the most ‘tuneable’ and predictable material. Carbon fibres are strong in one direction but not the other, to tune the frame you have to experiment with the thickness and orientation of the weave – build it then test it. We hate obsolescence, so Aluminium with its fatigue life and the fact that it will eventually break just isn’t for us. I didn’t enjoy welding it, it’s an extremely hot weld – and I didn’t enjoy the ride quality. The absolute pinnacle of aluminium building for me was the Klein Quantum Pro, I have one in my collection. 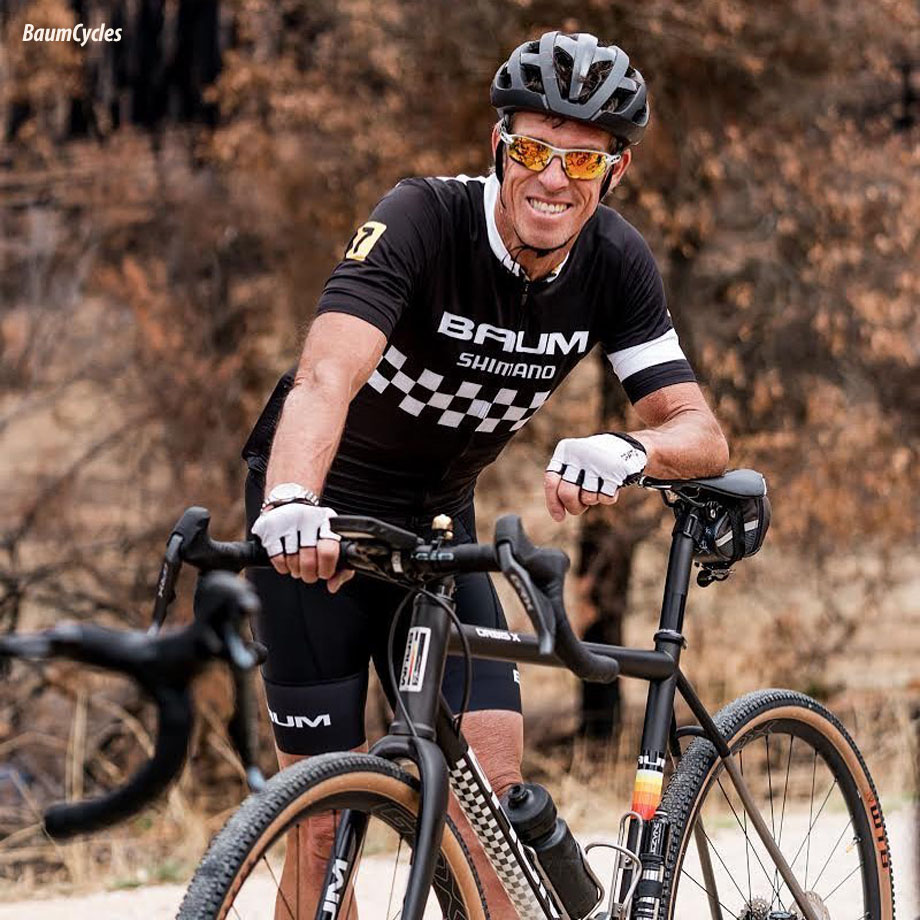 A bit of gravel for Phil Anderson

PEZ: What’s the demographic of a Baum buyer?
As wide as you could imagine; Cadel Evans has one, then we had a grandmother in who’s not ridden a bike for 40 years. We’ve had people fly in from New York on private jets and other people who have saved for five years to buy one. We believe in value, not fashion. Even our colour schemes are to proven graphic design rules; if you like the paint job now then you’ll still like it in 10 years time. We appeal to people who appreciate quality and want to hang on to it, not those who want a change every six months. 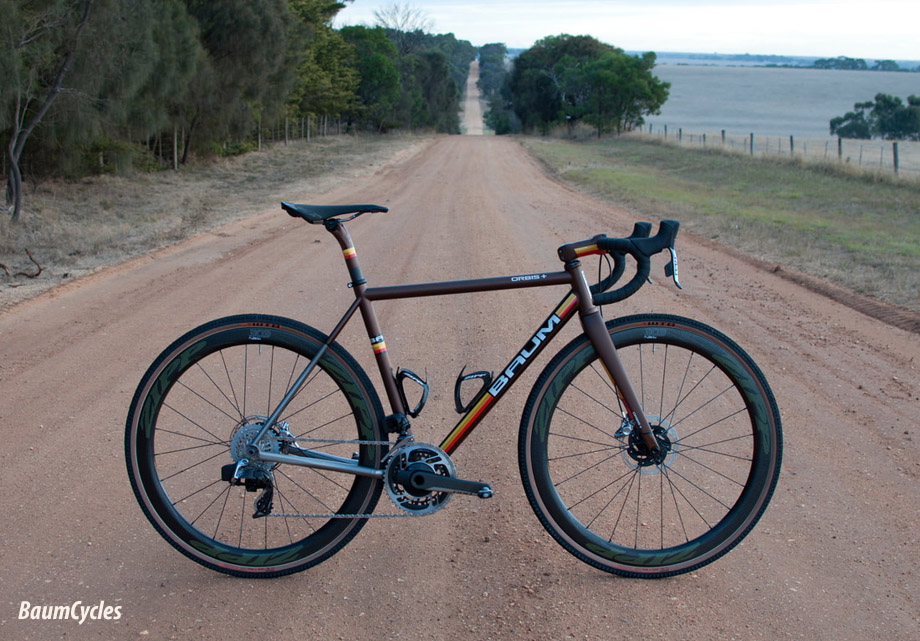 There’s a big road out there

PEZ: Are discs ‘it’ now?
The first thing we do when someone comes to see us about a bike is to speak to them about what they’re going to do with the bike. If you’re going to be traveling a lot then I wouldn’t recommend discs, you don’t want to be in a hotel room with disc hassles, callipers are best in that instance, you can adjust them easily. Similarly, in that situation you don’t want to go tubeless or electronic, those options are fine if you’re riding from home but not if you travel a lot; you don’t need sealant issues in a hotel room. Those are just instances but we have an in-depth conversation about what you’re going to use the machine for. The bike is tuned to the person who’s going to ride it. We actually said ‘no’ to discs for two years because there was no industry standard and things were all over the place but now the market has settled down we’ve been back building with discs for the last three years. 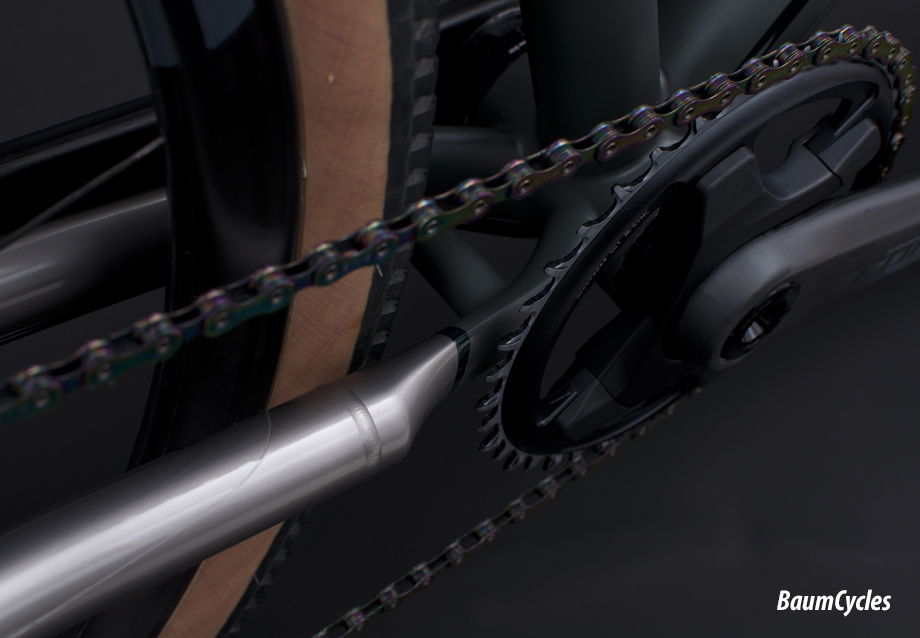 Artisan work on the chainstay

PEZ: Gravel bikes – you’ve been building them for years?
For 15 years and more. Folks round here have been riding gravel roads for a long time, I first built them with 26” wheels and Panaracer tyres, now we’re building to take 35 mm tyres. Brakes-wise we’ve gone from side pulls through ‘V’ brakes to the early discs. 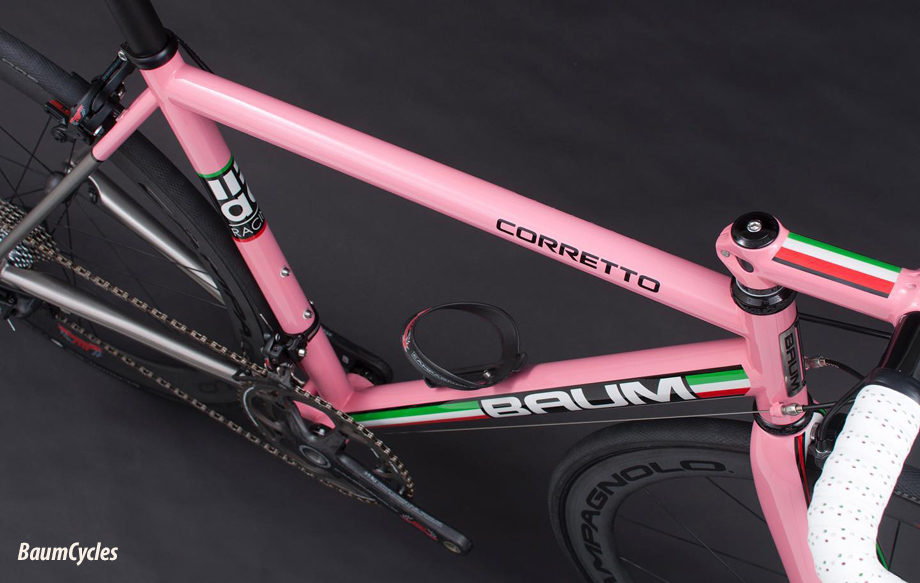 PEZ: The future?
‘Back in the day,’ there was limited choice of gear ratios, groupsets and component finishes – now the choice is huge and you have all the new tech like power meters. I think that what we’ll see over the next five years is refinement rather than innovation; tubeless will get way better with big improvements in ride comfort. There will be more integrated electronics – with more annoying batteries and sensors. Disc brakes will get quieter, those annoying squeaks will be worked out – and drive trains will get quieter. All tricky technical stuff that’s difficult for guys like you to write about. But we’ll just continue to concentrate on making the right choices for our customers. 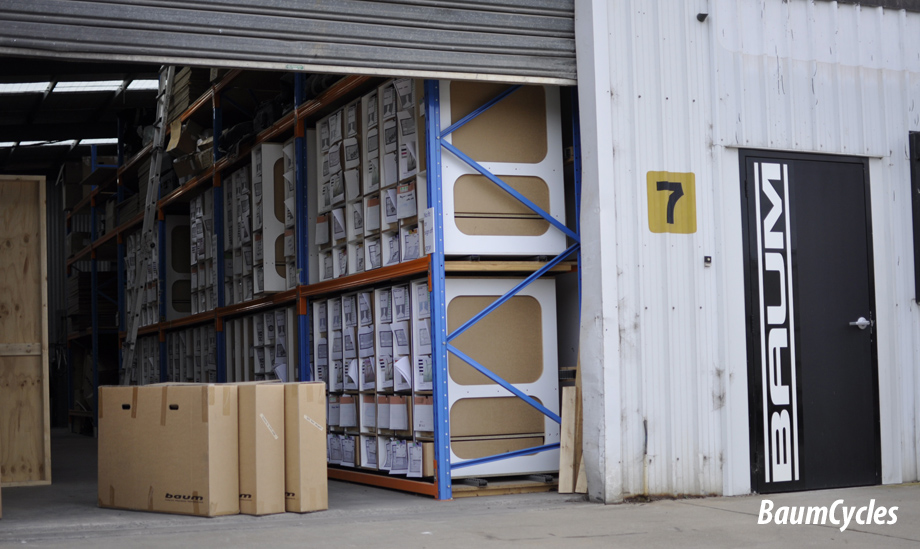