Ex Rider Interview: If you are of a certain age you will remember the name Micheal Wilson as one of the successful Australian’s in the European professional peloton in the 80’s. Ed Hood caught up with Micheal at his Tasmanian vineyard to hear his story. 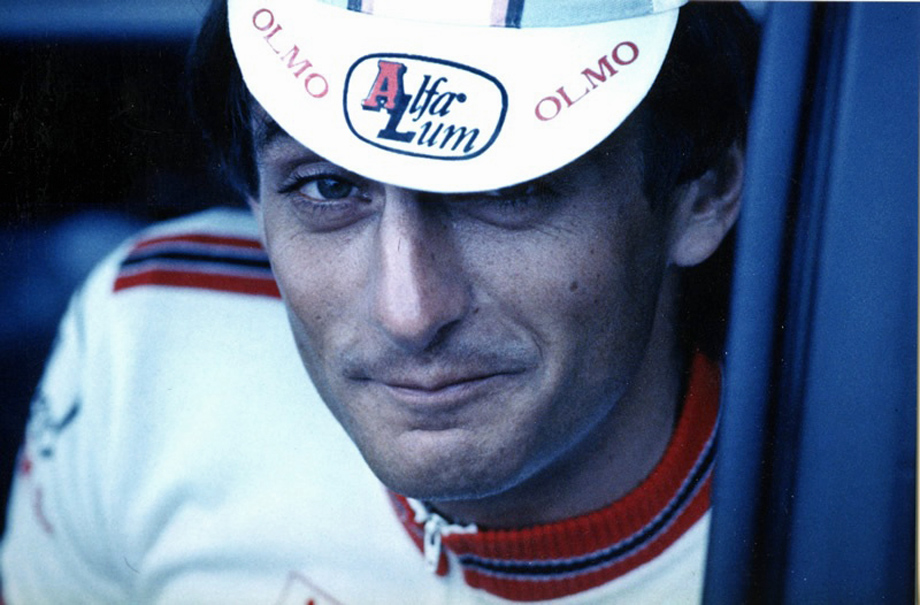 That ‘Lock down’ did have benefits. The big advantage for me was that it gave me time to catch up with riders who it’s long overdue I should speak to. One such rider is Australia’s Micheal Wilson, a winner of Grand Tour stages and Italian races of quality. Micheal was at home in Tasmania with a glass of his own Pinot Grigio to hand – Micheal is still involved in wine production – when I called and asked him to stroll down memory lane with me:

PEZ: In 1979 and 1980 you were a pursuit rider and on the national individual pursuit championship podium both years.
Micheal Wilson: I did a lot of track racing back then and I guess I could have gone down the individual and team pursuit road to Olympic selection but I chose the road. 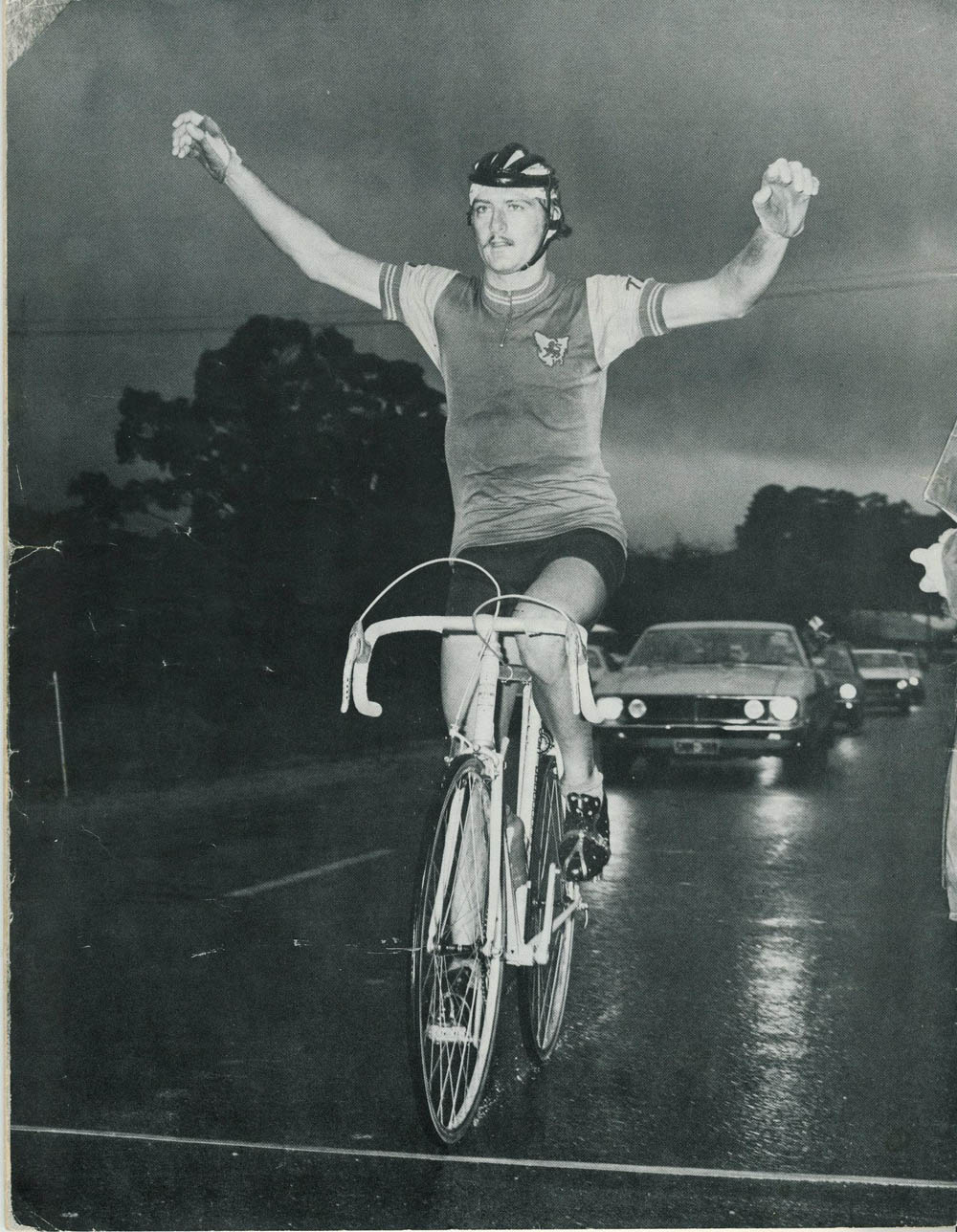 PEZ: The Moscow Olympics 1980, quite an experience?
Yeah, an exciting adventure for a young person even though the Aussie national team performance in the road race was pretty underwhelming – but that was in the days before things became more professional on the national squad, it was all so amateur at that time. [Russia’s Sergei Soukhoroutchenkov won the Olympic Road Race from Poland’s Czeslaw Lang and Soukho’s team mate, Yuri Barinov. Best ‘non-Eastern Bloc’ finisher was Mathieu Van der Poel’s father, Adrie in seventh place, Michael was best Australian finisher in 25th place, ed.] When we were warming up for the 100 kilometre TTT the East German team rode past in the opposite direction, they were like four ‘Incredible Hulks’ on bikes, we were psyched out before we even started. [The East German squad finished second in 2:2:53 to the Russian winners 2:1:21 with Australia 11th in 2:8:25, ed.] 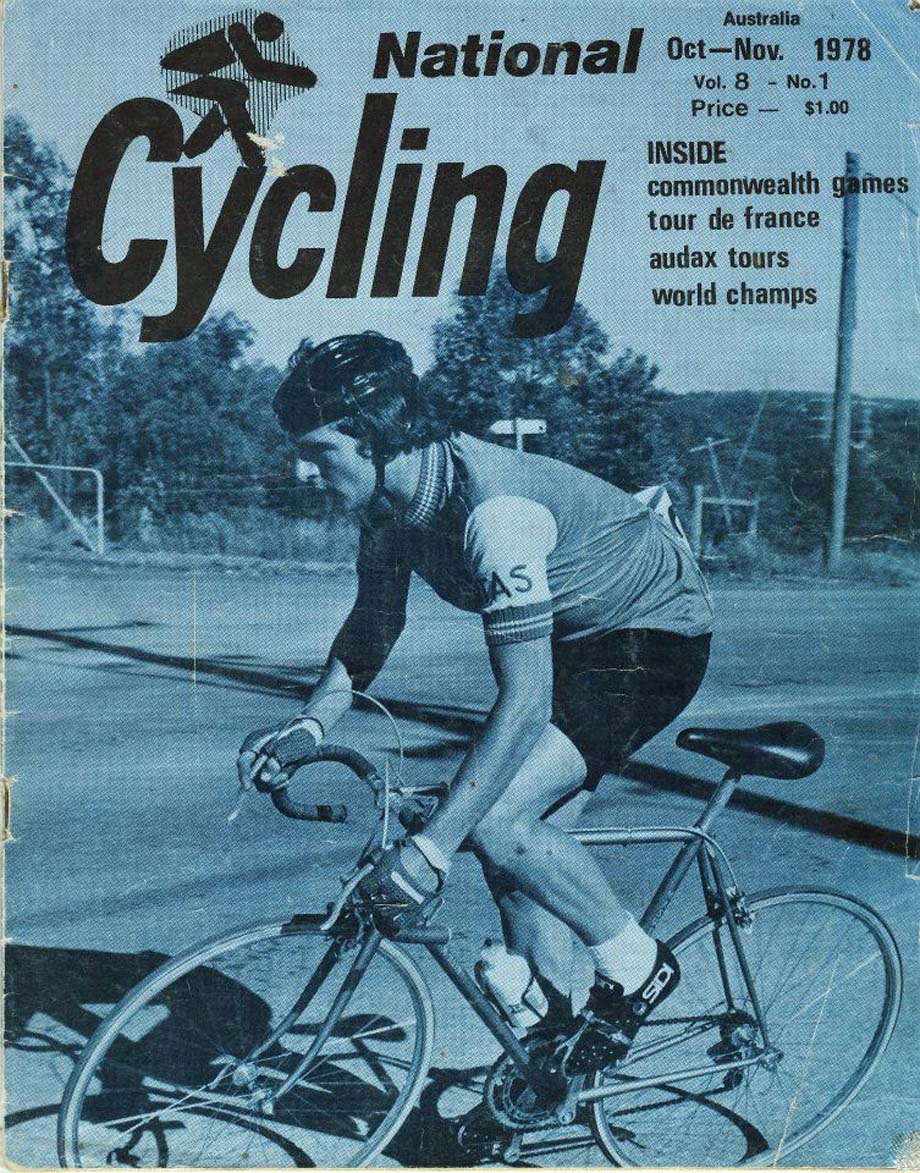 PEZ: You had some nice results in Italy in 1981, why there and not Belgium or France?
I didn’t want to go to Belgium and rain and cobbles. I could ride the cobbles but was more of a climber and I didn’t fancy living in a lock-up garage like you heard tales of from Belgium – in Italy they took good care of riders. I had a friend in Umbria, John Leslie and he organised a ride for me, which wasn’t easy because they had restrictions on the number of foreign riders at that time. I had some good results with wins in races like the Gran Premio San Basso.

PEZ: And for ’82 you were on the Alfa Lum team, winning a Giro stage for them – a huge result.
Alfa Lum was an aluminium window company based in San Marino; and it was a big result for a young guy. That was on Stage Two from Viareggio to Cortona, 223 kilometres with the last four kilometres uphill, three of us clipped off, Laurent Fignon, Alfio Vandi and me – at the line I had the best kick. 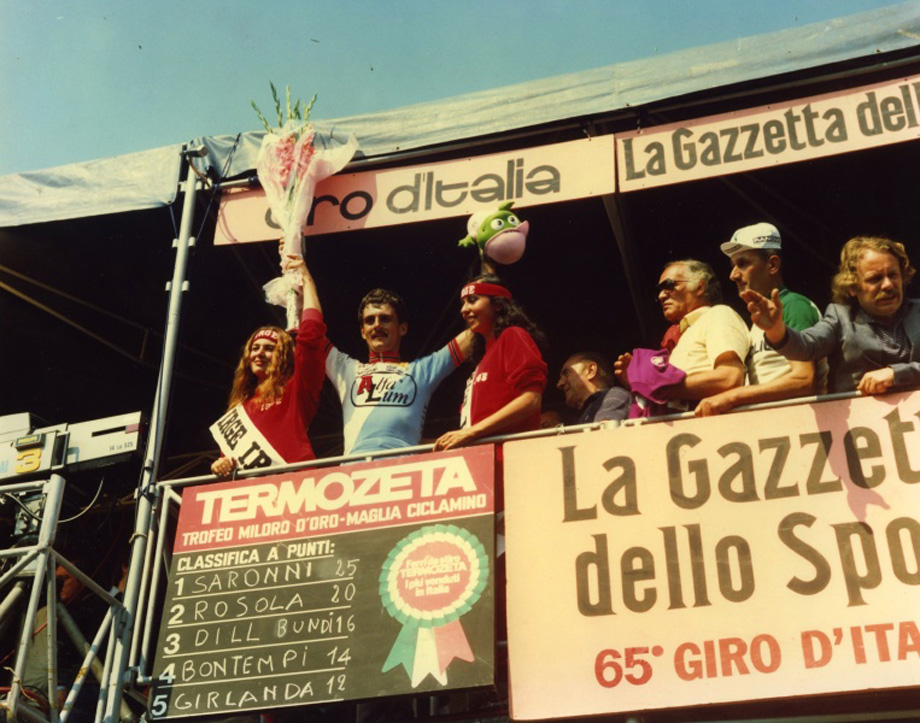 PEZ: And you won the Memorial Nencini that year too.
That was an uphill time trial, around 15 kilometres, I beat Giuseppe Saronni to win that one, which was pleasing because he’d won the world championship road race at Goodwood in England just days before.

PEZ: And there was a Vuelta stage win in ’83.
Yeah, Fignon was second on that day too. I sneaked away on the finish circuit on the Paseo de la Castellana, the big boulevard which cuts across Madrid, to win on my own. Hinault won that Vuelta overall from my team mate, Marino Lejaretta. 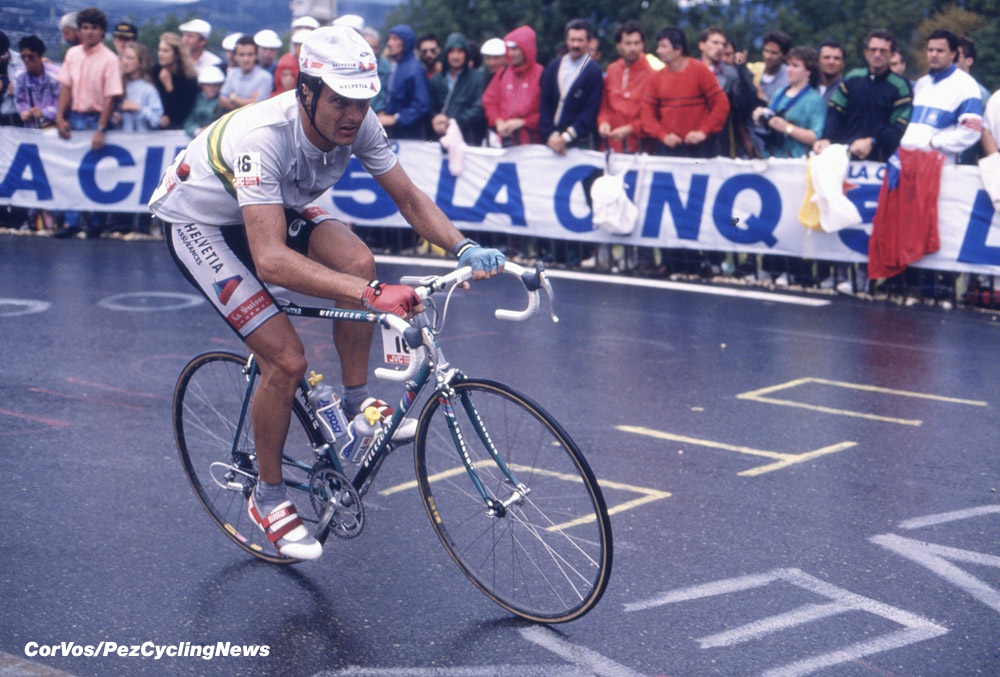 PEZ: You won the Trofeo Matteotti and were second in the Giro dell’Emilia at the end of 1984.
The Matteotti was a big race back then [the race is still a desirable one to have on one’s palmarès, joining the likes of Pippo Pozzato, Danilo Di Luca and Paolo Bettini; Matteo Trentin won the 2019 edition, ed.] so it was a nice result and being on the podium in Emillia was good before I went home for the winter, which I always did to sample the Tassie summer. 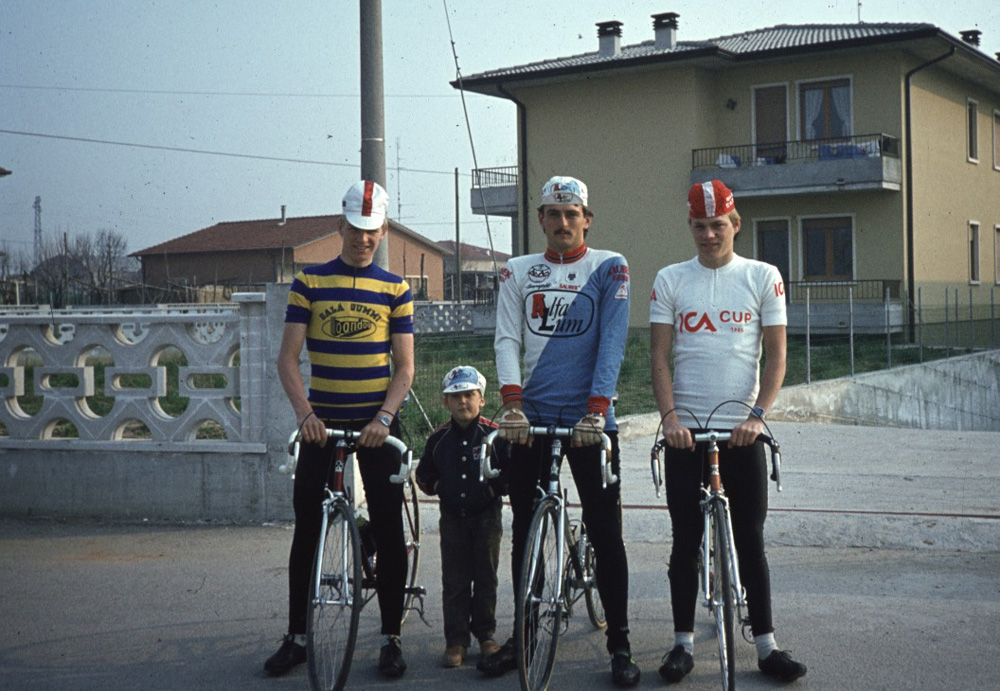 PEZ: You were also a strong time trial rider, was that something you worked on?
I was just naturally OK at them, you can either do well in them or you can’t. In a stage race if there was a hilly time trial then I’d usually be in the top 10. I was third in the 1988 GP de Nations behind Mottet and Fignon. And I was twice second in the Baracchi Trophy two man team trial with my team mate Daniele Caroli, we were 49 seconds behind Lech Piasecki and Saronni in ’86 and in ’85 we lost to Hans Henrik Orsted and Francesco Moser by 24 seconds. That was a nice race, a classic with all the best guys of the time riding. 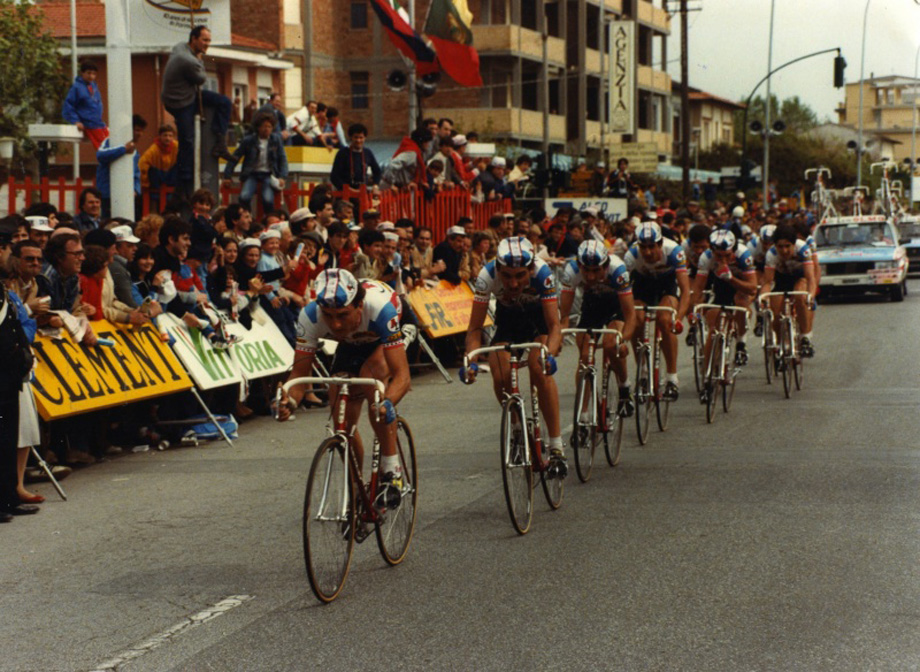 PEZ: Alpilatte Olmo for 1985.
That was the same set up but with new main sponsors, Alfa Lum were still involved, then that became Ecoflam Jolly in 1986. The Olmos were nice machines, the main man, Giuseppe Olmo took us on a tour of the factory on one occasion; there was this big pile of rusty frames out the back – the theory was that they let the ‘rust come out of the metal’ before they sand blasted them prior to spray painting.

PEZ: That ’85 season saw you eighth overall in the Giro, did you get good support?
My Spanish team mate, Marino Lejaretta was fifth overall and he was the main man but I didn’t have to work for him too often. Whilst they’d prefer to see an Italian win you still got good support from the team. Our team mate Marino Amadori was 16th on GC so that meant that we won the team award beating Del Tongo and La Vie Claire.

PEZ: There’s a gap in your palmarès in 1987?
I was supposed to go with Jim Ochowicz to 7-eleven but that fell over despite a contract being signed; I think they were trying to sign Phil Anderson and didn’t want two Aussies on the team. [Anderson actually remained with Panasonic for 1987, not joining 7-eleven’s successor, Motorola until 1991, ed.] I raced a bit back home that season but thought that my continental career was pretty much over.

PEZ: But back to Europe in ’88 to Weinmann-La Suisse.
A friend of mine connected me with Paul Koechli, he was Swiss and it was his team, he’d been a DS with La Vie Claire and worked with Bernard Hinault and Greg Lemond. I was with the team in various incarnations for three years – Koechli was a real intellect, a wonderful person, so well organised. The Italian teams were well organised but La Suisse was at a different level above that, the Swiss pride themselves on their organisation and everything about the team was done right. The Canadian rider, Steve Bauer was on the team and we used to room together, that was always fun. 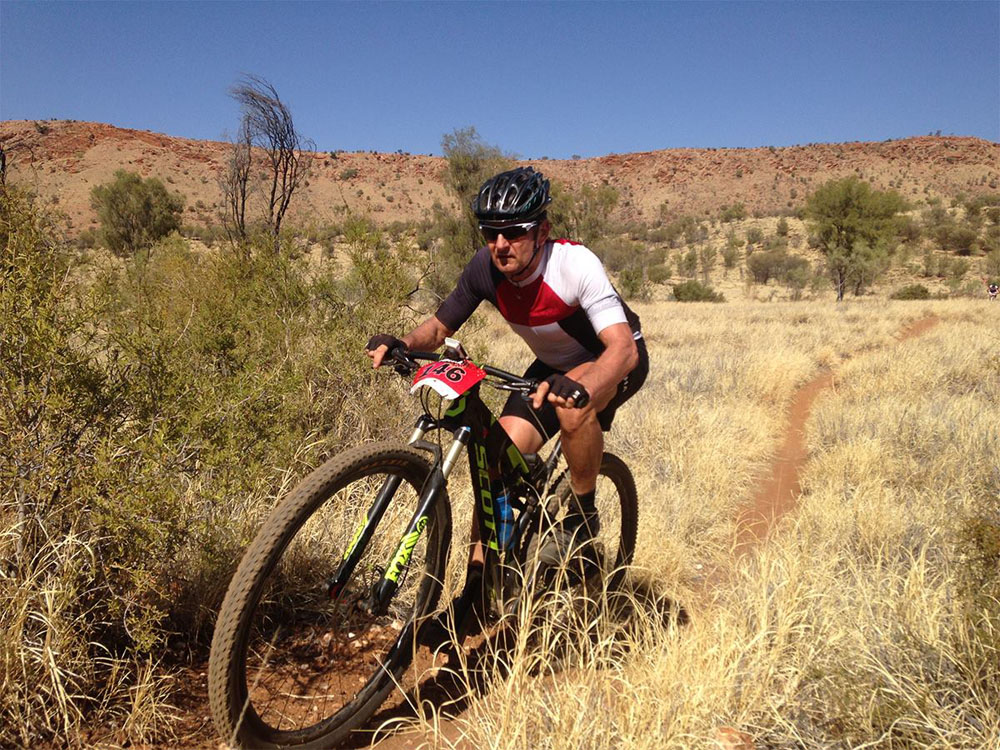 PEZ: You won stages in Tirreno and the Tour of Switzerland for the team.
Yeah, a home win is always nice to keep the sponsors happy; La Suisse was a Swiss newspaper.

PEZ: Ariostea for 1991:
That was my last team, under Giancarlo Ferretti, the ‘Iron Sergeant’ as he was known, he was a strict guy but I got along OK with him, albeit I don’t think I was his ideal kind of rider. It was the wrong stage of my career to be joining a team like that. Not many guys went past 30 years-of-age in the peloton back then; and I’d been a pro for nearly 10 years by then. 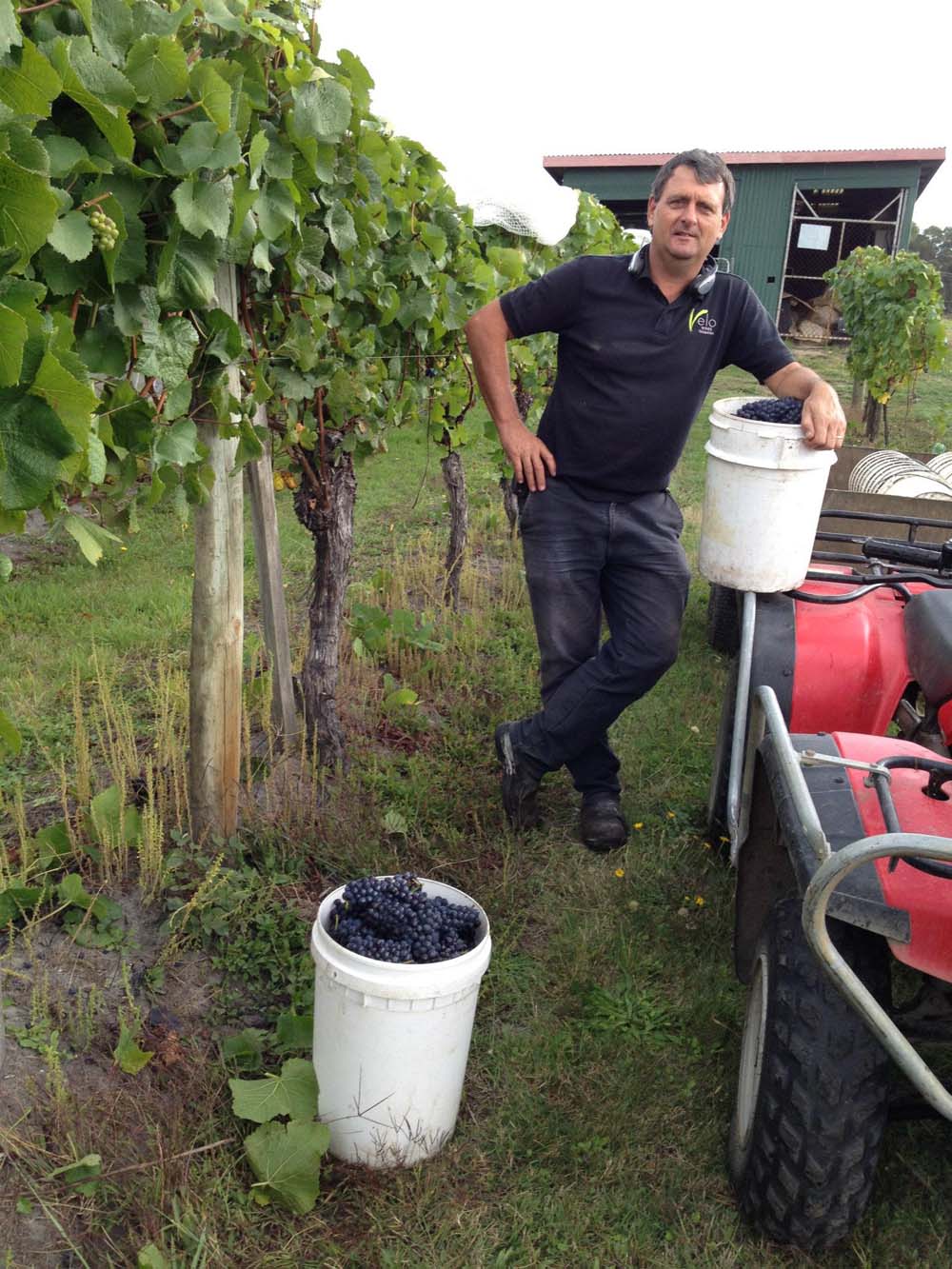 PEZ: What did you do after you quit the bike?
We came home to Tasmania started a bed and breakfast then ran a restaurant. I moved into vineyard management and then we started our own wine operation; I’m still involved but semi-retired now that I’ve turned 60 years-of-age. I get time to go out on the bike for a couple of hours now.

PEZ: Anything you’d differently in your career, given your time over again?
The problem back in those days was that there was no internet and communications weren’t like they are today, you were in a foreign land, away from your friends and family so there was no support, really. When I look back, if I’d had a coach or mentor to turn to then it would have helped with motivation. I think with more guidance I could have won more than I did, I was capable of it. But I had a good career and a lot of fun. . . 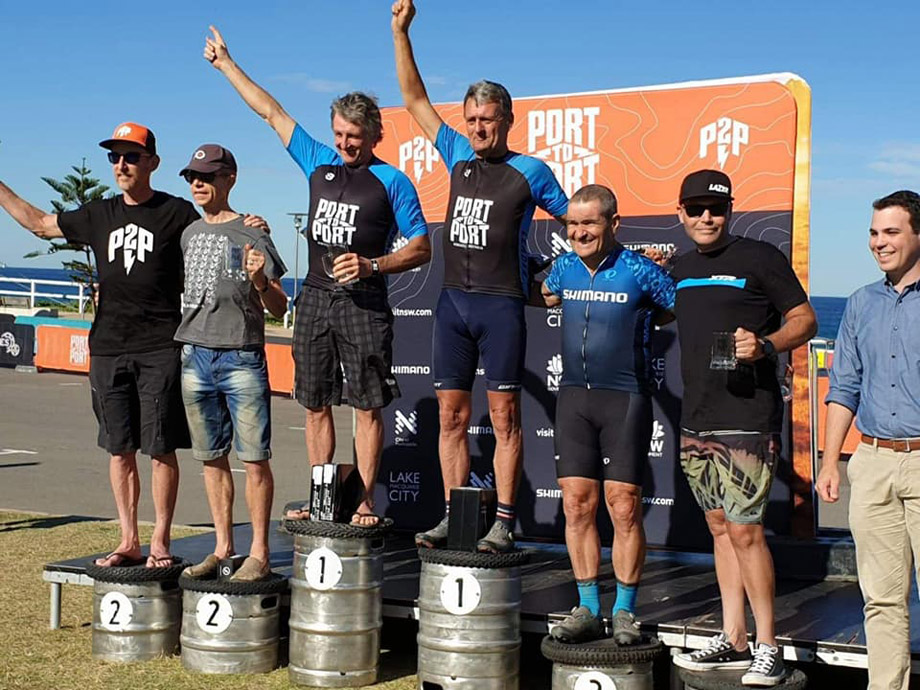 # Next time we’re in Tassie we’re going to take Micheal up on his offer to sample from his wine cellar. With thanks again to Michael for his time. # 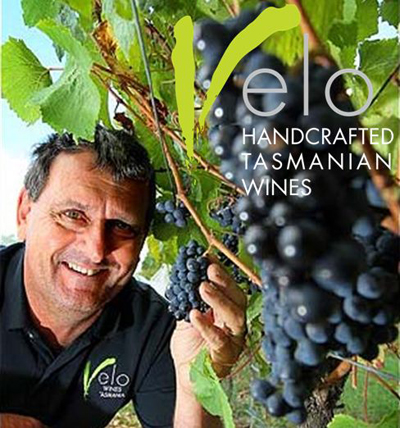