Journalists throw superlatives around these days, ‘legend’ is one of them. On the Tour’s second rest day, PEZ spoke to a man who actually deserves that accolade, Dimitry Konyshev.

‘Dima’ turned pro with the fabled Alfa Lum team back in 1989; the Soviet Union had disintegrated and Russian riders were at last able to turn professional, not just ride against the ‘cash men’ in pro-am races.

He was with Alfa Lum for two seasons and followed his tenure there with rides for TVM, Jolly, AKI, Roslotto, Mercatone, Fassa Bortolo, Marlux and LPR in a career which lasted 18 years. 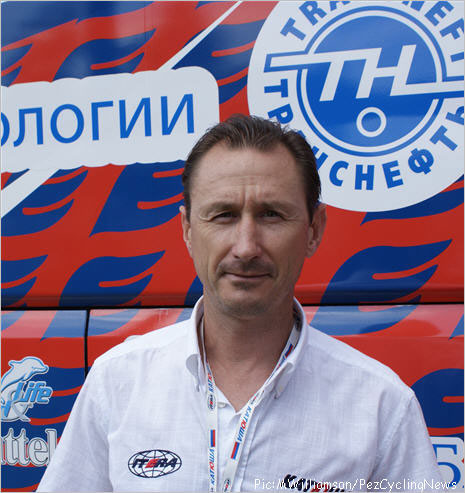 According to our calculations, he had 49 UCI wins; taking stages in the Coors Classic, Giro delle Regione, Tour de l’Avenir, Tour of Asturias, Tour de Suisse, Vuelta, Tour de France and Giro, where he took the points jersey.

He was also Russian champion, along the way.

Here’s what he had to say: 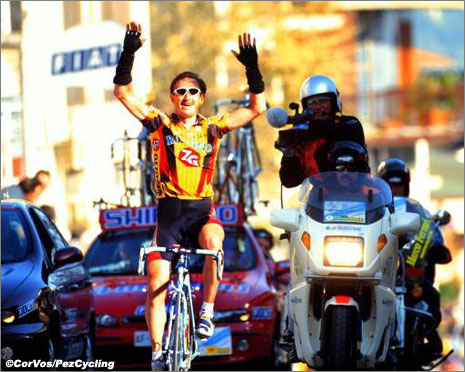 PEZ: You came up through the old Soviet ‘sports school’ system, in the 80’s?
DK: Yes, but it wasn’t as rigid as you’d perhaps think – not like the East German system where you were selected for a sport based on your physical characteristics.

You could try many different sports, at no cost.

Initially I liked ball sports, I was good at hand ball – I took that from my mother.

Cycling was the last sport I chose. 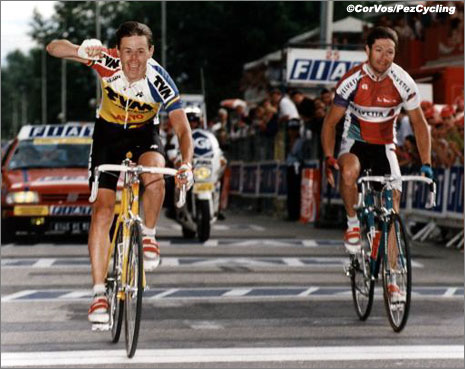 PEZ: Which riders did you admire when you were young?
DK: You must remember there was no professional racing in the Soviet Union – my hero was Sergey Sucharutchenkov.

He won the Olympic road race in Moscow in 1980; I started cycling four years after that.

In the time of Hinault, they wanted Sucharutchenkov to compete in the Tour de l’Avenir; the idea was to see who was the strongest rider in the world – but Hinault wouldn’t agree to it.

Some of the Soviet riders from the 80’s would have made great professionals – Riho Suun who won many stages in the Peace Race was an unbelievable sprinter.

The Peace Race was always a war between us and the East Germans! 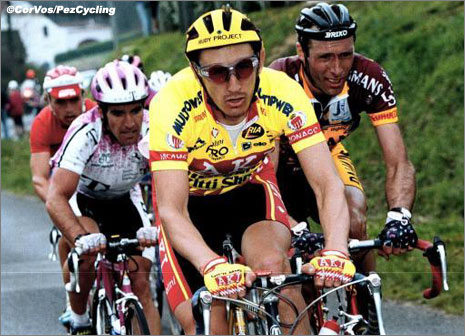 PEZ: You were one of the first Soviet riders to turn pro.
DK: Yes, with Alfa Lum, the team was registered in San Marino and took the best of the Soviet riders – this was only possible after the political changes in the Soviet Union.

We were based in Rimini, we had a house there where we stayed but the organisation was Russian. 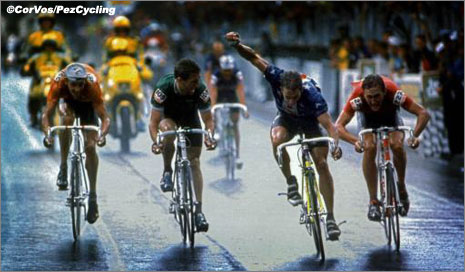 PEZ: You were a Worlds medallist twice, do you ever look back and think, ‘what if?’
DK: No, when I won silver behind Lemond in ’89, he was stronger than me.

And when I took bronze in ’92 behind Bugno and Jalabert they were definitely stronger than me.

But I’ll tell you something I’ve never told anyone before, when Leblanc won at Agrigento in Sicily in ’94, a bag got stuck in my rear mechanism and I couldn’t shift at the rear, so I only had two gears, and I had a buckled wheel – but I still finished in the top six.

And I had very good form at Verona in ’99 when Freire won for the first time – no one knew who he was and he came from the back of the group.

PEZ: Which ride are you most proud of?
DK: Probably my 1990 Tour stage win – that was a very important result for me; my first win in a Grand Tour. 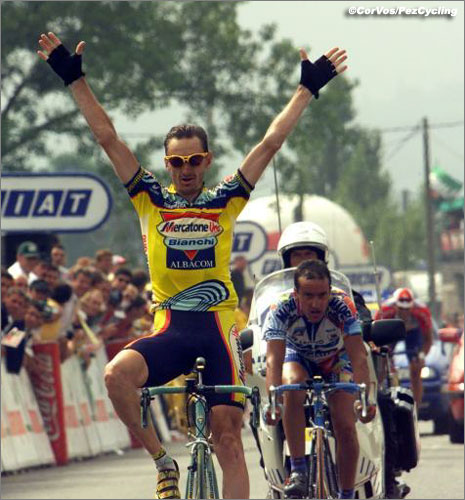 PEZ: le Tour in 2011, how does it compare to ‘your day?’
DK: There’s much more stress for the riders now, back then you could sit at the rear of the bunch, but now all the DS’s want their riders at the front – that makes it difficult and dangerous.

It’s easy to lose position and slide back and then you have to fight back to the front.

You’ll rarely see riders in the Tour Village before the race, these days.

And after the race it’s on the bus, shower, meet the media, photos – there’s no time for anything.

They only really have to think in difficult situations.

PEZ: Why an all Russian team for the Tour?
DK: It’s a Russian team and we want to expose the young Russian riders to the Tour; you can’t teach them about it and they can’t imagine it – you have to let them ride it to see what it’s like. 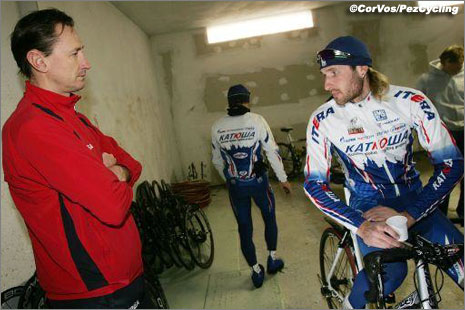 PEZ: Katusha isn’t a product, is it?
DK: The main sponsor is Itera, the Russian gas and oil company; but Katusha is a project for Russian cycling – perhaps along the same lines as the Australian Green Edge team will be.

Or like Astana, which isn’t a company – it’s the capital city of Kazakhstan.

The name is female and it’s the name of a famous weapon – a rocket launcher – which the Russian forces used in World War Two; and that’s actually named after a famous Russian folk song.

It’s a name which is close to the Russian heart and has emotional connections.

PEZ: If you could change one thing about the Tour?
DK: I’d stop using such small roads in the first week, it’s very dangerous, you can’t get up to feed your riders or give them a drink.

You saw what happened to Flecha and Hoogerland – and that was just a group of five riders. 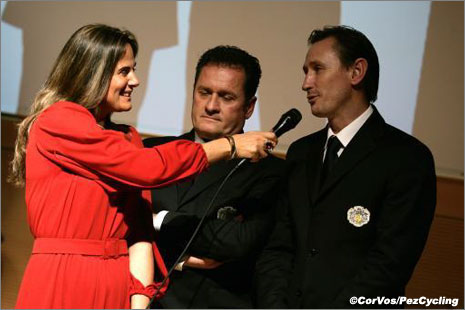 PEZ: And the rest of the Tour for Katusha?
DK: We have to keep trying for a stage win, tomorrow (stage 16, won by Hushovd) is good for us, we’ll be in the break – but after that it’s a big war!

We’ve had good stages where we’ve been in the breaks, and it’s a young team

. . .
With thanks to Dima and Katusha PR Vitali Abramov.