One of the surprises of the sprint stages of this year’s Tour was the sight of big haired, gangly Liquigas man Daniel Oss up there jousting with the NASCAR guys in the last kilometre. On Sunday, the native of Trentino took 6th on the Champs-Elysees. Ed Hood caught up with the budding star on the second rest day…

Oss first caught our eye in 2010 with a magnificent lead out for team mate Daniele Bennati in Milan-Sanremo.

His first pro win came in a rain soaked Giro del Veneto in August, where bike handling was at a premium.

PEZ caught up with the tall, smiling 24 year-old from Trento on the second rest day of his second Tour.

PEZ: A little bit of a surprise to see you in the finales, Daniel?
Daniel Oss: I contested some of the sprints in the Tour last year and this year my sprinting is at a higher level. I found the Pyrenees very hard and was tired – but when you come into the last kilometres the adrenaline comes and your emotions take over. 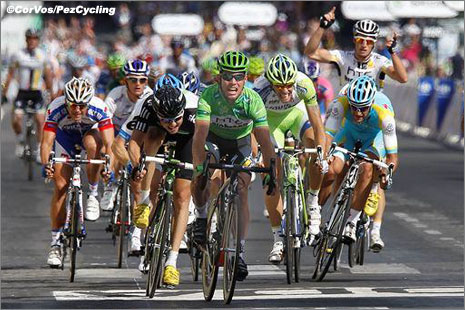 Oss put in a great sprint to take 6th on the Champs-Elysees on Sunday.

PEZ: How do you find your way through?
DO: On instinct alone, I have good focus, I watch Hushovd and Farrar and HTC; I follow them but without getting in their way, of course.

I try to move up step by step.

PEZ: Would you like to sprint off a train?
DO: It’s something I’ve never done because we don’t have the structure for that at Liquigas – the sprints that suit me best are where the speed is high when the sprint starts.

I have good experience as a lead out man for our team sprinters, I know how to move around in those situations.

Maybe one day it would be good to have a train to lead me out? 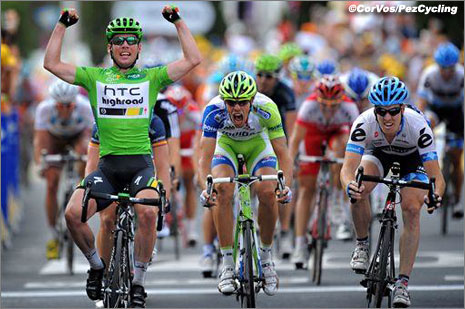 PEZ: How does Ivan feel about you contesting the sprints with team ‘all for Ivan.’
DO: The decision is made at the team meeting in the morning; if the work has been done for Ivan, and I feel good then there is no problem.

Remember that it’s only in the last kilometres and I’m using the other teams to move up.

PEZ: How is Ivan?
DO: Very good, he’s getting better each day – that motivates me and the other guys in the team [unfortunately the Alpes and final time trial didn’t go well for Ivan and he would finish an eventual 8th @ 7:23]. 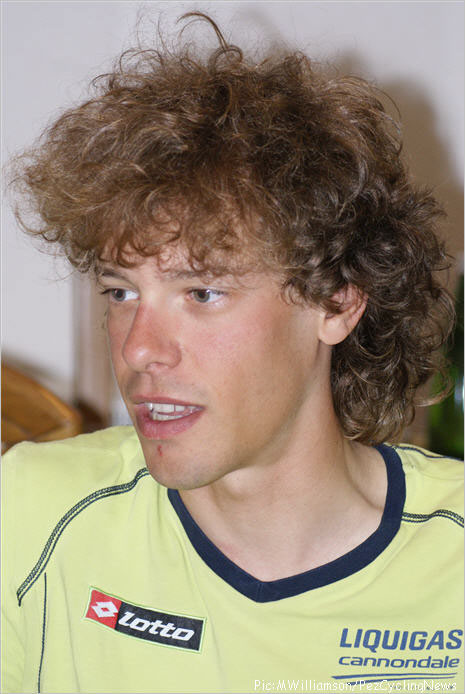 PEZ: Week one was very dangerous.
DO: I think one of the problems was that there were so many obstacles on the roads; speed bumps, traffic islands, bollards – it was like the Amstel Gold parcours, every day.

But there was also the weather; we had a lot of wind and rain – and there were so many team leaders who thought that they could be on the podium that it was very difficult to remain at the front.

PEZ: The TTT is a Liquigas speciality, but it didn’t go well, why?
DO: We don’t really know why – maybe some of the guys were still tired from the Giro and didn’t have that 60 kph tempo in their legs.

And maybe some of the guys felt the pressure? 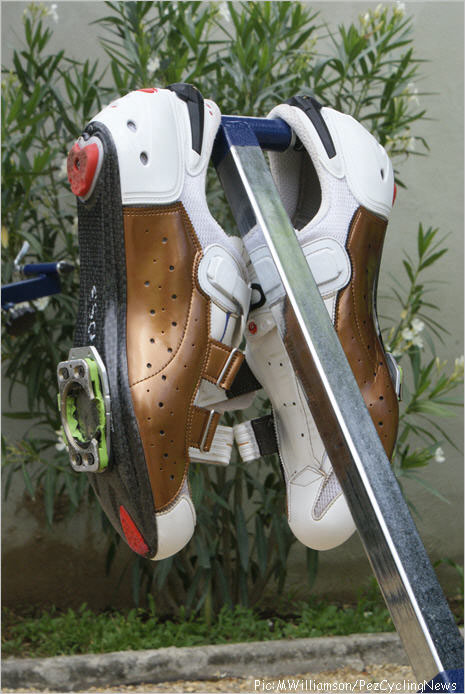 PEZ: What has been hardest about the Tour for you, so far?
DO: The Pyrenees were very difficult, the second day was very hard for me, I’m not a climber, all I could do was look after Ivan for as long as I could.

PEZ: What do you like most about the Tour?
DO: The public, it’s really different from every other race. 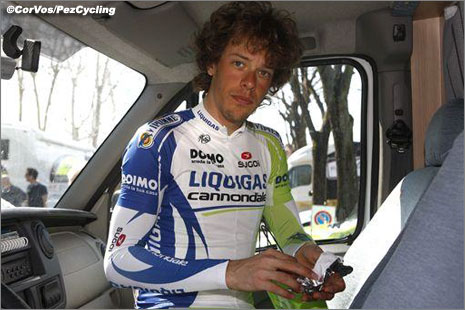 PEZ: What would you change?
DO: I think it would be very hard to change anything, now – it’s a very big machine!

PEZ: How long does it take you to recover from the Tour?
DO: Maybe one week, I do recovery rides; you’re tired, but when you’re over it you have great form – as long as you live the life, eat, rest, train . .

I had good form in August last year, that’s when I won Veneto.

PEZ: What’s the race programme, now?
DO: I have a couple of weeks off racing but will be back for the Tour of Colorado – that’s my next target. 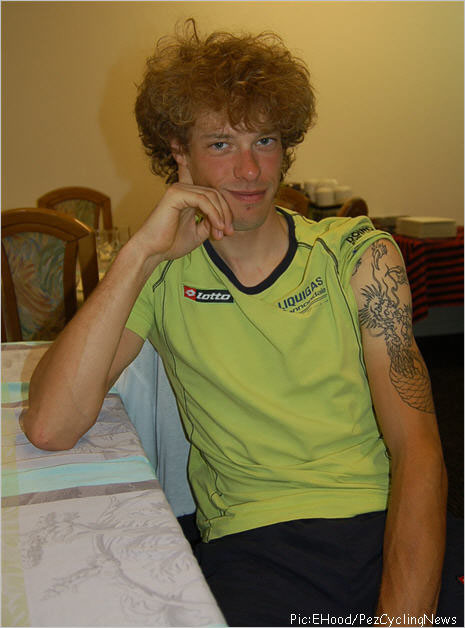 ***
With thanks to Liquigas PR Paolo Barbieri for his help in organising the interview and with translation.