It was February when we last spoke to Aussie pro, Trent Wilson. The credit crunch hadn’t been invented back then and he was looking forward to a good season with Jittery Joe’s – but being a pro isn’t always “ice cream and fairies.”

PEZ: Your season’s highlights, Trent?
Trent: They were few and far between! I rode a decent Tour of Georgia and I was aiming to peak for Philly Week; but I broke my hand in the first race there. I did win the Joseph Sunde Memorial race in Australia in January; I’ve been trying to win it for years, so that was satisfying. 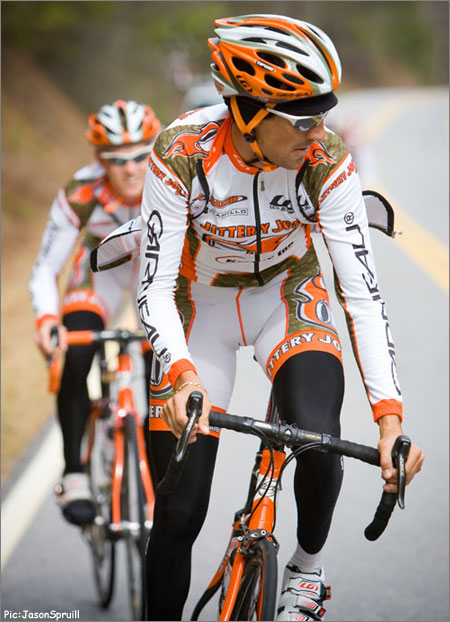 PEZ: Lows?
Trent: After I broke my hand, I had to rest for two weeks then I started to build up for British Columbia Super Week but whilst I was there I had my laptop bag stolen; my passport was in there too -so cycling was the least of my worries! It took a lot of hassle to get a temporary visa and get home. I lost condition, rode in Utah but had no form – I was just starting to feel good as the season ended. But I decided not to ride the Sun Tour – that’s the first time in eight or nine years I haven’t ridden it. 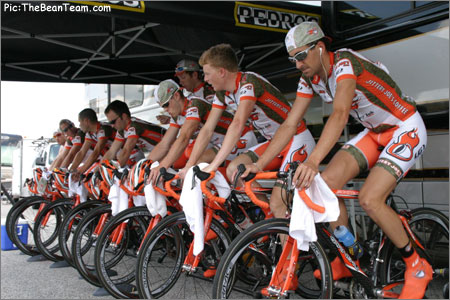 PEZ: Jittery Joe’s has folded?
Trent: They haven’t folded but they’ve made a big backward jump which has put me out of a job. The economic situation is tough in the States and Europe. A couple of the lesser sponsors pulled out; so Jittery Joes have gone amateur for 2009, hopefully with a view to rebuilding for 2010.

PEZ: The current ‘pro crisis’ – dollars or drugs?
Trent: A bit of both, maybe the economic situation isn’t as bad in Europe yet; plus they perhaps don’t get as excited about the drugs scandals as they do in the States – all that bad PR definitely doesn’t help.

PEZ: It was tough to get a contract for 2008, is it worse for 2009?
Trent: It was hard last year but I got renewed, no problem. But this year is much worse; when a team like Toyota United folds, puts 16 guys out of a job and you have classy guys like Ben Day and Hilton Clarke struggling to get a contract – that shows how tough it is. 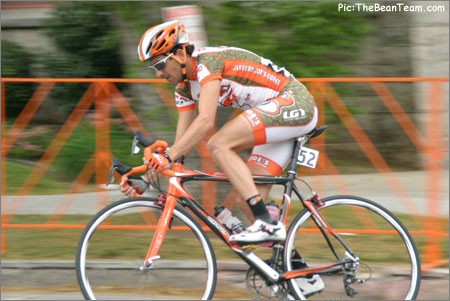 PEZ: You’ve been a pro in the US for three years – has this been brewing?
Trent: Not really, it happened all of a sudden; in July we heard that Jittery’s and Toyota were struggling and it’s been downhill since. You just have to turn on the TV to see how things are. It’s disappointing, because with Lance coming back there will be a lot of folks interested in cycling.

PEZ: What’s the Aussie pro scene like?
Trent: I’m talking to a couple of Us teams, but for the first time there will be Australian teams paying salaries in 2009 – that’s something I never thought I’d see, so it’s an option. There are a few big races in Australia but not so many – teams have to ride a programme which includes races like Langkawi, the Qinghai Lakes, the Tour of Japan and Philly Week. 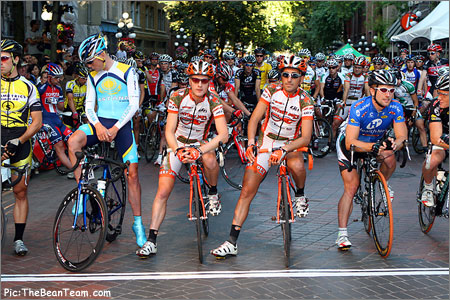 On the start line at the Tour de Gastown in Vancouver with teammate Cody Stevenson, US Crit Champ Kirk O’Bee, and one Chris Horner of Astana.

PEZ: Do you have an agent?
Trent: No, but probably this year it wouldn’t have been a bad thing.

PEZ: You’ll be working your ‘contacts’ book hard?
Trent: Yeah, I’m on the phone, sending emails – it’s sad because I’m getting people saying that I’d be a good ‘fit’ for the team but they’re only signing very quick sprinters or good climbers. So, guys like Ivan Dominguez will always get signed – but I don’t fall into either of those camps, so it’s tough. 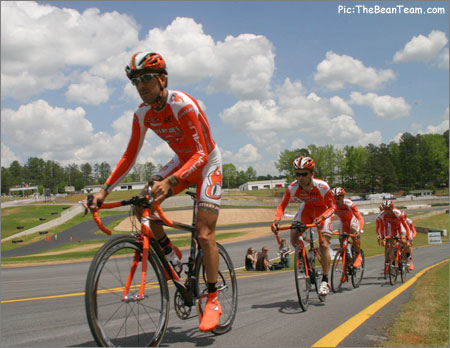 Enjoying the team time trial at the Tour of Georgia.

PEZ: Would you consider going back to Europe and making a living in the kermesses?
Trent: Maybe when I was 21 or 22 I’d have done it – try and live on your prize money; but I’m 30 now and want to be in a proper pro team.

PEZ: The States is where you want to be?
Trent: Yeah, I have a good set up in Nashville, my friends are there and I have good contacts. I love Italy too though and a job there would be nice. 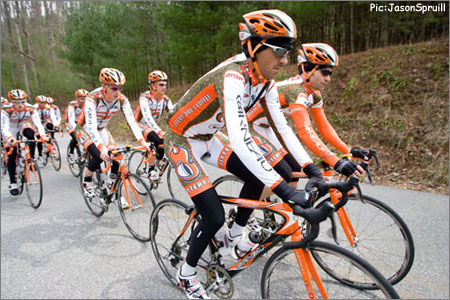 PEZ: And after your pro days end?
Trent: I’ve started to think about that over the last 12 to 18 months. I thought maybe a bike shop, but I’d really like to get into coaching – with one of the Australian Sports Institutes.

PEZ: Lance?
Trent: It’s a good thing, it certainly can’t do any harm anyway. I’ve had so many folks saying to me that they are going to go and watch the Tour Down Under – just because Lance is riding. 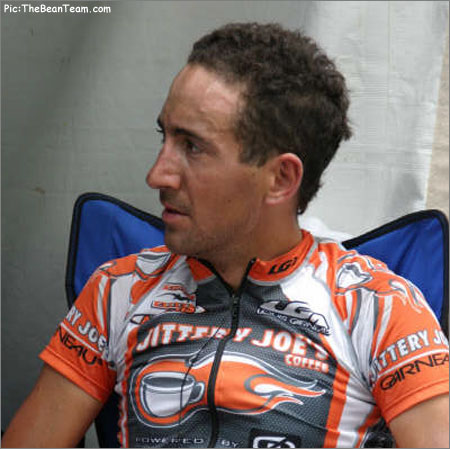 PEZ: Does the fire still burn in you, Trent?
Pez: Yeah – I love it, if I didn’t I wouldn’t get so upset about the way things are. I’m talking to teams, and I try not to think negatively, but if I do, I get very down.

I’ve got two or three more good seasons in me and I want to go out on a high.

***
We’ll stay in touch with Trent and keep you posted on how his search for a team goes.

Meanwhile, we wish him all the best with his efforts.