The path to ProTour enlightenment is a long one; some riders never reach the Nirvana of a UCI bond underwriting their wages, but tread a long and interesting path, nonetheless. Trent Wilson is one such disciple, apart from his native Australia, his tubulars have polished the roads of Scandinavia, the flatlands of Flanders, the Dolomites and plains of Italy and now, the New World.

PEZ: Give us a little background, Trent.
Trent: I went to Italy with the Australian under-23 squad in 2000 and 2001, the first year I have to say I took a fair few arse-kickings, but the next year I started getting top ten placings and caught the eye of Scott Sunderland, he was riding for Fakta and he got me on board as a stagiere.

PEZ: But you weren’t with Fakta for 2002?
Trent: No, with the benefit of hindsight, I took the wrong fork in the road. I had good form at Fakta and worked hard as a domestique for Scott; but 9/11 had just happened and the team’s second sponsor, which was American, pulled-out. 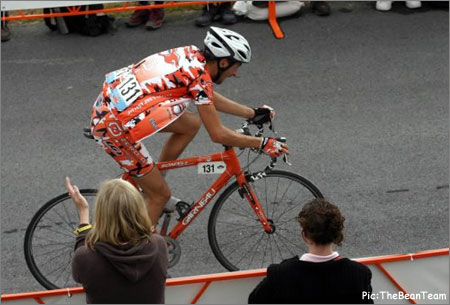 Trent battling the slopes of Brasstown Bald a few years back in the Tour de Georgia in Jittery Joes’s special camo kit.

The team said that they wanted to sort-out a new second sponsor before they signed me. I was young and inexperienced, I suppose I paniced a bit and signed for a new Aussie team, which was being organised in Belgium – iteam Nova. The thing was that Fakta rang me in December to offer me a place.

PEZ: iteam Nova wasn’t a great success, as I recall.
Trent: Well . . . but the following year the team merged with the Flanders team. We were pro continental, so we rode a lot of big races; all the Belgian semi-classics. With the benefit of hindsight again, Belgium probably wasn’t the best place for me to go, I was 60 kilos soaking wet and used to get blown about all over the place. It would be different now, I’m older, stronger and much more exerienced. 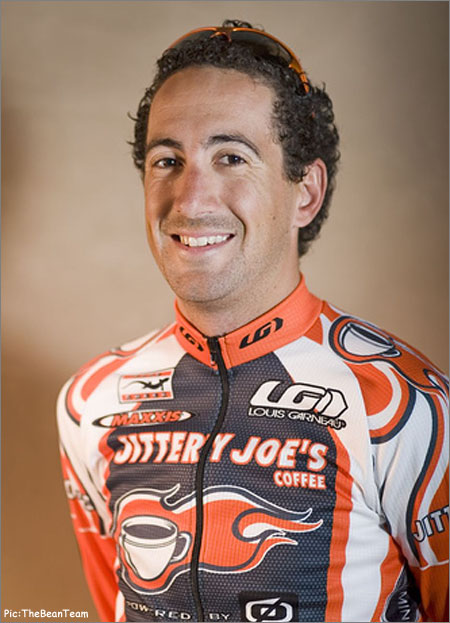 PEZ: It was Italia next, how did that come-about?
Trent: My countryman, John Trevorrow (three times Australian road champion) had been involved with Selle Italia in the 70’s and got me the chance to ride with them at pro continental level.

PEZ: You rode the Giro twice.
Trent: Yes in 2004 and 2005, great experiences; it was one of those forks in the road, I was talking about and I’m glad I took it – not many folks get the chance to ride two Giros. The first year I was riding very strongly in the third week but the second time I crashed in the third week and had a hard time.

On both occasions though, I came out of the Giro with great form. The trouble was that Selle Italia’s idea was that we should rest for six weeks after the finish, so we had no race programme and the form just slipped-away. 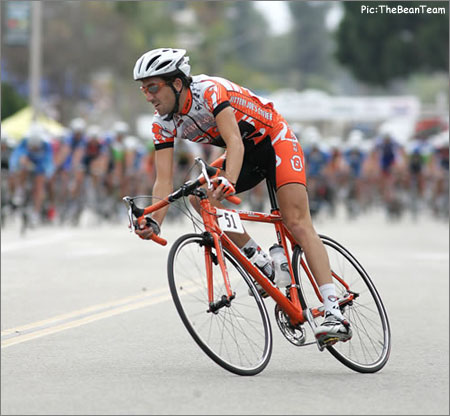 PEZ: I believe you weren’t too enamoured about how Selle Italia ended?
Trent: No, they brought in some bigger riders and said to me; “you’ve no results!” I replied that was because I’d been riding as a domestique for other riders. That’s the thing, in a Pro Tour squad they realise how important the domestiques are and look-after them, but at that level, they don’t.

PEZ: Hadn’t you been making contacts during your Giros?
Trent: I had known there was always the chance that I would be let go and I should have made contacts. That was three years ago though, and I was a bit shy, you have to have the balls to walk up to the DS’s and make yourself known to them, you have to be forceful.

PEZ: How did the Atlantic crossing come about?
Trent: I spoke to a few teams, it looked like I had a place with a squad in the Netherlands but that fell apart. One of the cycling websites ran a piece about my situation and I received emails from three US squads. I phoned Jittery Joes and within 48 hours I’d signed a contract. 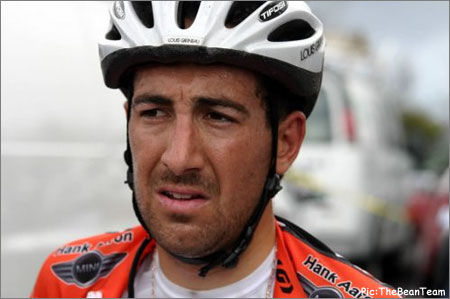 Worn out after a hard day.

PEZ: Big differences between Europe and the US?
Trent: In some ways it’s more professional in the US; when I first came over, I took a lot of clothing with me because I wasn’t sure what to expect. In the event there was every bit of kit imaginable waiting for me.

With the bikes too, they are very pedantic about getting everything ‘just-so,’ we have little Jittery Joe coffee cup logos and they’re always perfectly placed on the frame and components.

Our first big race will be the Redlands Classic; the Tour of Georgia is a big race for us, our sponsor is Georgia-based. We’ll be doing a lot of work to get in shape for that; a training camp and a lot of motor pacing will be part of the build up. 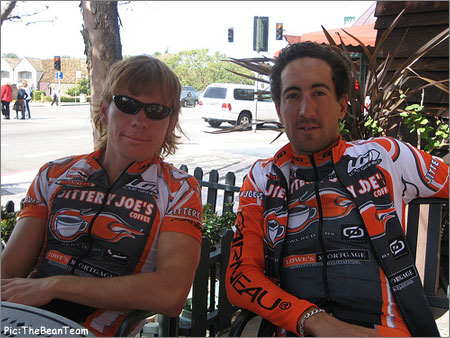 PEZ: Why has it been such a tough year for riders to get a contract?
Trent: It’s like a ladder, up at the top we’ve lost Disco and Unibet from the Pro Tour, plus there are pro continental teams which have folded, but you’ve still got neo-pros trying to get-onto the bottom rungs.

Normally you’d get riders heading for the States, but Slipstream let 12 go with the restructure and Navigators folded. I was luck, I signed early, but I’ve had guys coming to me and asking if can get them a deal at 60% of their previous contract. The drug scandals haven’t helped either, despite the fact that it’s the most-tested sport in the world, the media latches-on to it.

PEZ: So how is your third year in the US looking?
Trent: I’m really looking forward to it, my first year here was good, but maybe last year wasn’t at the level I would have liked. I think if you are happy in your personal life then you ride well, I had a few things going-on in my life last year and it affected my riding.

This off-season has been great, I’m loving my training, not wanting to come home from runs and very happy with the way I’m going. I was 13th in the Australian elite road race championship and delighted at how I was feeling in the race. This week I’m easing back a bit because I don’t want to be in too good form, too early – I think it’s going to be a good year!

So, grasshopper, peace of mind IS achievable without the Pro Tour, even although the path may be long!

Hincapie To Breakaway From Cancer