Jumping on the UCI ‘Mondialisation’ band wagon, Pez heads for Morocco; where Team Type 1 Slovenian fast man, Aldo Ilesic has been giving that 53 x 11 a work out – but he just can’t find any camels !

PEZ: Morocco, Aldo?
We wanted to do some early UCI stage races; Kelly Benefits got Langkawi because they’re one of the race sponsors; Kenda got the Tour of Taiwan because they have a tyre factory there, so we got Morocco. There’s ten days of good racing against decent opposition – quite a few of my former team mates from Perutnina Ptuj (Slovenian Continental team) are here.

PEZ: It must be good for the tan?
Oh yeah! I’ve got a lot of tan already. I put in a good winter; I reckon I’m starting this season 30% better than last year. I’m four kilos lighter and very focussed on becoming a stage race rider. I’m not certain that we’ll be riding; but my aim is to be ready for the Tour of California. 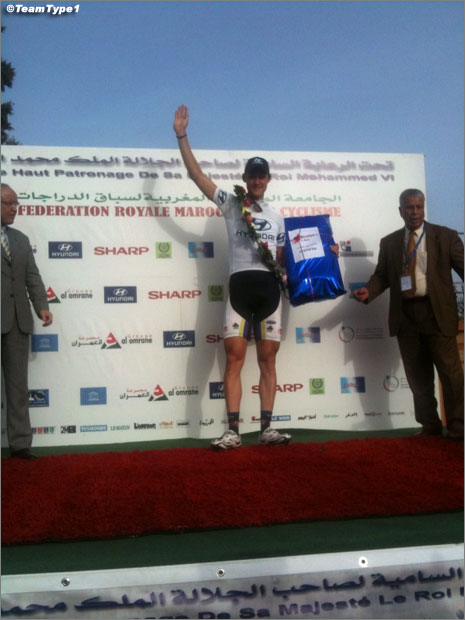 PEZ: You’ve won a stage, already.
On the first two stages, there were breaks of four away, both days and I won both field sprints. On the third day, I got a great lead out from my team mates, Mike Creed, Chris Jones (both USA) and Valery Kobzarenko (Ukraine) to got the win. I was on 53 x 11, I sprint in that, mostly – you have to get used to it if you want to do 75/76 kph.

PEZ: Four kilos lighter – any loss of power?
No power loss – nothing. I’m being coached by the guys at Total Cycling, we’ve changed my nutrition and I hope to lose a couple more kilos in the upcoming stage races – but with no loss of power.

PEZ: How’s the opposition?
There’s a good Croatian team here, MTN from South Africa, with Van Heerden, a Japanese squad, Russians and national teams from the likes of Algeria and the home nation. Dean Podgornik is leading, he’s Slovenian, so I know him well, he’s a good rider – now riding for the Croatian Loborika team. (Podgornik won a stage in the 2003 Olympia Tour of Holland; finished the 2004 Giro with Tenax and was Slovenian Elite Time Trial Champion, the same year)

PEZ: How’s the parcours?
Good, I’m actually surprised, I expected bumpy roads, but they’re OK. The first couple of days were flat but we’ve been up into the Atlas Mountains; I lost contact yesterday but today wasn’t so bad – I used it as a recovery day.

PEZ: It’s a UCI race?
Yeah, UCI 2.2 but it could be a bit better organised, the route isn’t always what you expect it to be and the profiles in the race bible aren’t very accurate – every day is a bit of a surprise! We’re second on GC with Kobzarenko but we’re down to four guys because we lost two in a crash on the first stage.

PEZ: How’s local interest?
Very good, the locals speak mostly French and have turned out in big numbers to watch the racing.

PEZ: Is this your first race of the year?
My first race was that big crit in Singapore but it was only 90 minutes and the lead out didn’t work out for us. This is my first serious race.

PEZ: How are the hotels?
Good, the food too – and there’s usually wi-fi. You have to be patient with the food, though; sometimes it takes them about an hour to serve it – but it tastes good when it gets here!

PEZ: Will Type 1 be doing any more globe trotting?
We hope to ride the Irish ‘Ras’ as well as the Tour of Ireland, the Tour of Britain plus a couple of stage races in France. But next, up we have the Vuelta Mexico Telmex, Tour of the Gila (Mexico), the Joe Martin (Arkansas), the big races in Washington and then the Tour of California – that’s the big goal.

PEZ: And your goals for 2010?
To win one a stage in every stage race I ride – California is very important to me; we’ll be up against the Pro Tour guys and that’s where you get noticed.

PEZ: The Worlds would suit you, this year.
We had a meeting of potential national team riders over the winter – ten guys, with six to go. It all depends on the second half of the season – late August/early September – to see who goes. But potentially, we have a good team with some fast sprinters. 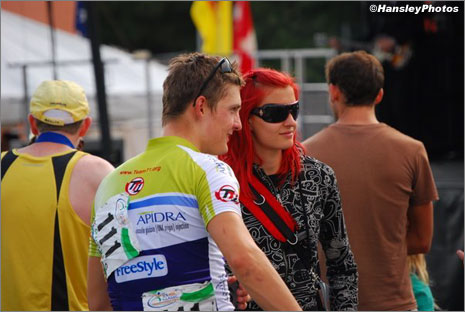 PEZ: And how many camels have you seen?
Not one, yet – I was expecting to see some; maybe they have them locked up in a special garage?

***
we’ll hear more of Aldo’s hunting for stage wins – and camels, after the race finish, on Sunday.