Ex-rider interview: What could have been and what about the consequences? Scott Mercier wasn’t going to go down the doping road and turned his back on a US Postal professional career. But there is more to the man from Colorado as Ed Hood found out. 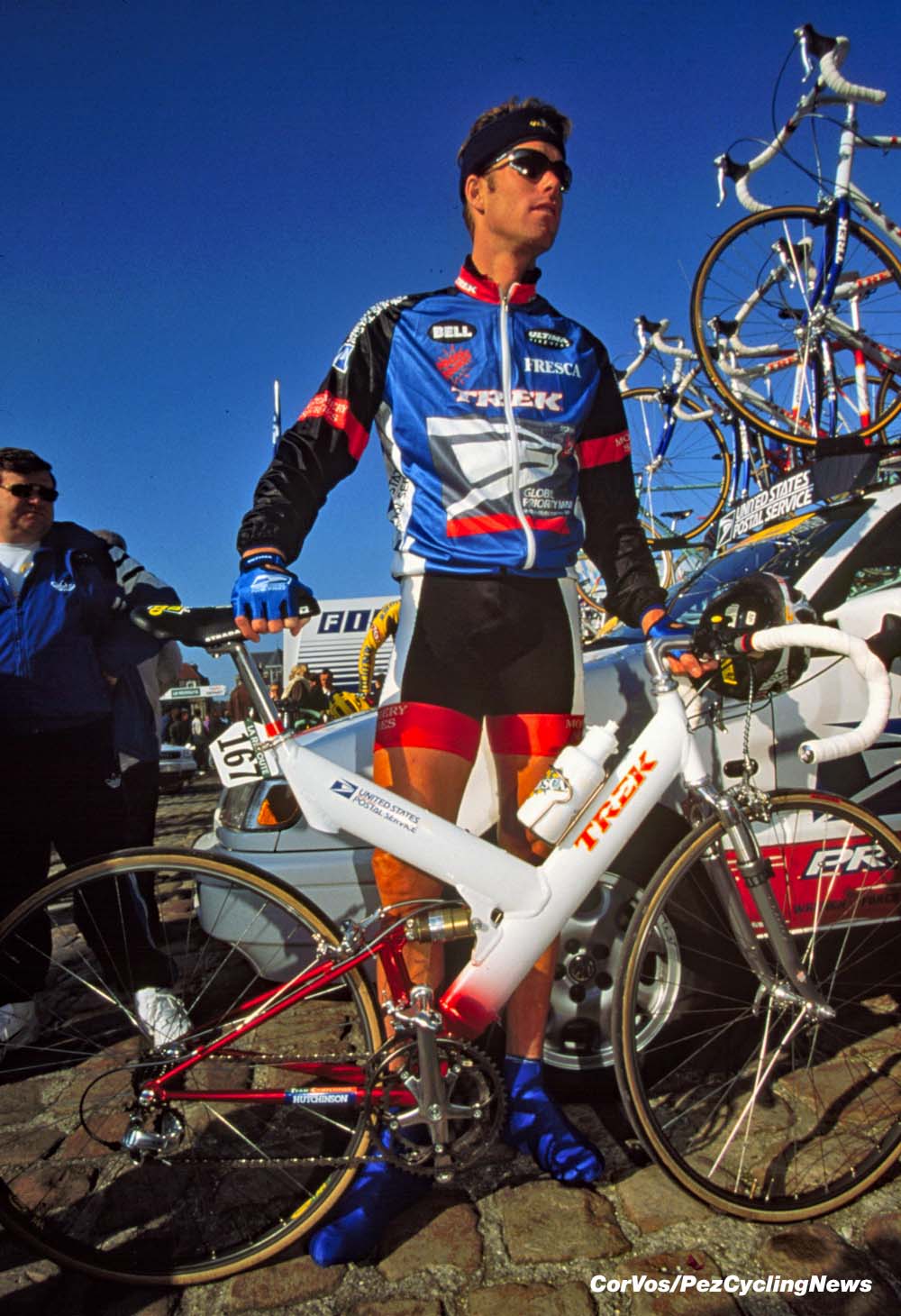 Scott Mercier; isn’t he that dude who quit US Postal because he wouldn’t partake of the ‘hot sauce’? Yes, that’s him. But there’s a little bit more to the man than that; like going from total novice to the Olympics in less than two seasons and winning a major international stage race against opposition of the quality of Jorg Jaksche, Jens Voigt and Serguei Ivanov. We thought we should, ‘have a word’ with the him.

PEZ: You went from novice to riding the team time trial at the 1992 Barcelona Olympics in less than two seasons?
Scott Mercier: I guess the abridged version is; ‘right place, right time, right motor!’ 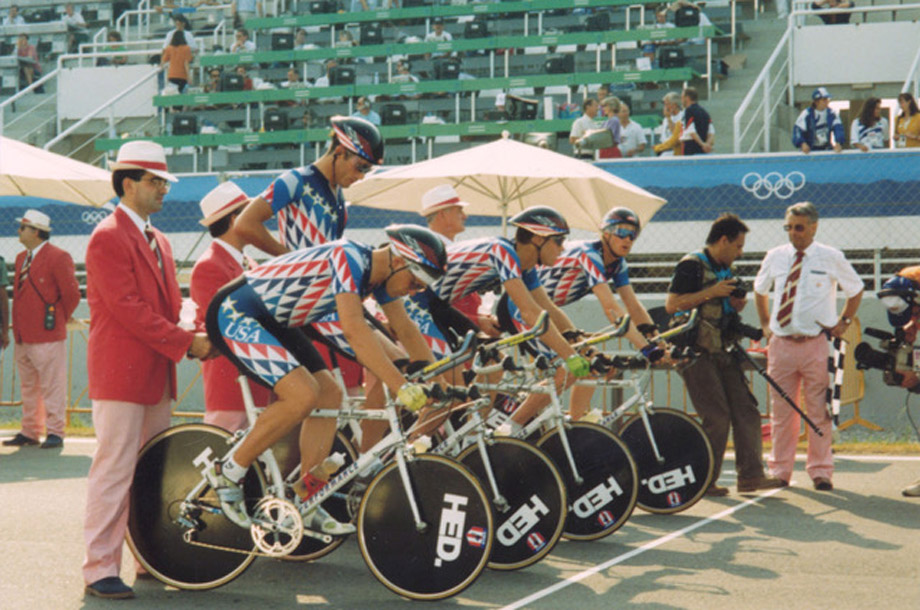 PEZ: Tell us about Barca.
It was fantastic to make the team but my memory of the actual race is one of the worst and most humiliating of my life. Our team ‘captain’ was Dave Nicholson but he was injured in a crash just before the Games and had to drop out, John Stenner came in as his replacement. Our strategy was to start slow and pick it up but we suffered two punctures and a bike change, we were caught by the French team for three minutes. The spare bike only had one bottle and in the 30 degree heat that wasn’t enough and after 50K we were down to three men; then Natt Sheafor ‘blew’ and it was down to John and I to bring it home. But I remember that on the drags, John and I were on the inside chainring sitting up on the hoods, looking back to make sure we didn’t drop Natt – we had to finish three to count for a time. We finished 16th with 2:13:35; the Germans won with 2:01:39 while France took bronze with 2:05:25. In the US national champs, Dave Nicholson, George Hincapie, Natt Sheafor and I rode a 2:05:01 on a course not dissimilar to the one in Catalonia.

PEZ: Professional for 1993 with Saturn.
I guested with the LA Sheriffs team after The Olympics in a stage race in Vermont and ended up their best finisher in sixth place, they offered me a place but I went with Saturn. I signed with them because they said we’d have a European programme – but that never came to pass, the funds just weren’t there. At that stage of my career I was a bit of a ‘cave man’ I’d attack in the wrong place, my bunch riding skills weren’t great and neither was my cornering. You have to remember that I’d gone from my couch to the Olympics in something like 15/16 months. I only started training seriously in March ’91 and by July ’92 was in Barcelona.

PEZ: A ride that caught my eye was top 20 in the Worlds time trial in ’94.
Yes, I was 17th that day and racing ‘clean’ against guys who weren’t. Before the start a US official told me that because it was a pro event I didn’t have to wear a helmet, so I discarded my aero helmet, the race was in Palermo, Sicily and it was really hot. But with the benefit of hindsight I wish I’d ridden with it, there’s a big aero advantage with the right helmet and as it was I was less than 40 seconds away from a top 10 finish that day. 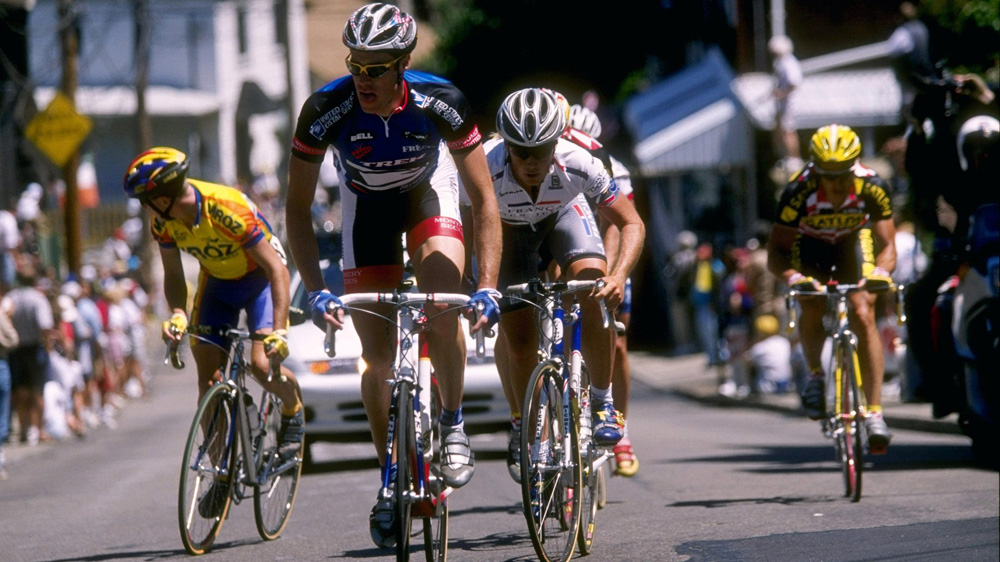 PEZ: Second in the 1995 Herald Sun Tour in Australia, a nice result.
I won Stage Nine and was leading the GC but lost it on the last day on time bonuses to Andy Bishop. My team mates Scott Fortner and Norm Alvis turned themselves inside out for me but that last stage was a criterium and Bishop took the bonuses on offer to leap frog over me – that was sore. . .

PEZ: Two nice stage race wins in South Africa in ‘96
SM: The Giro del Capo was four stages but the Rapport Toer was 11 stages with a strong field, I won that by nine seconds and after The Sun Tour I was determined I wasn’t going to lose that one on the last stage! It was those wins that got me the US Postal ride, they wanted my UCi points. 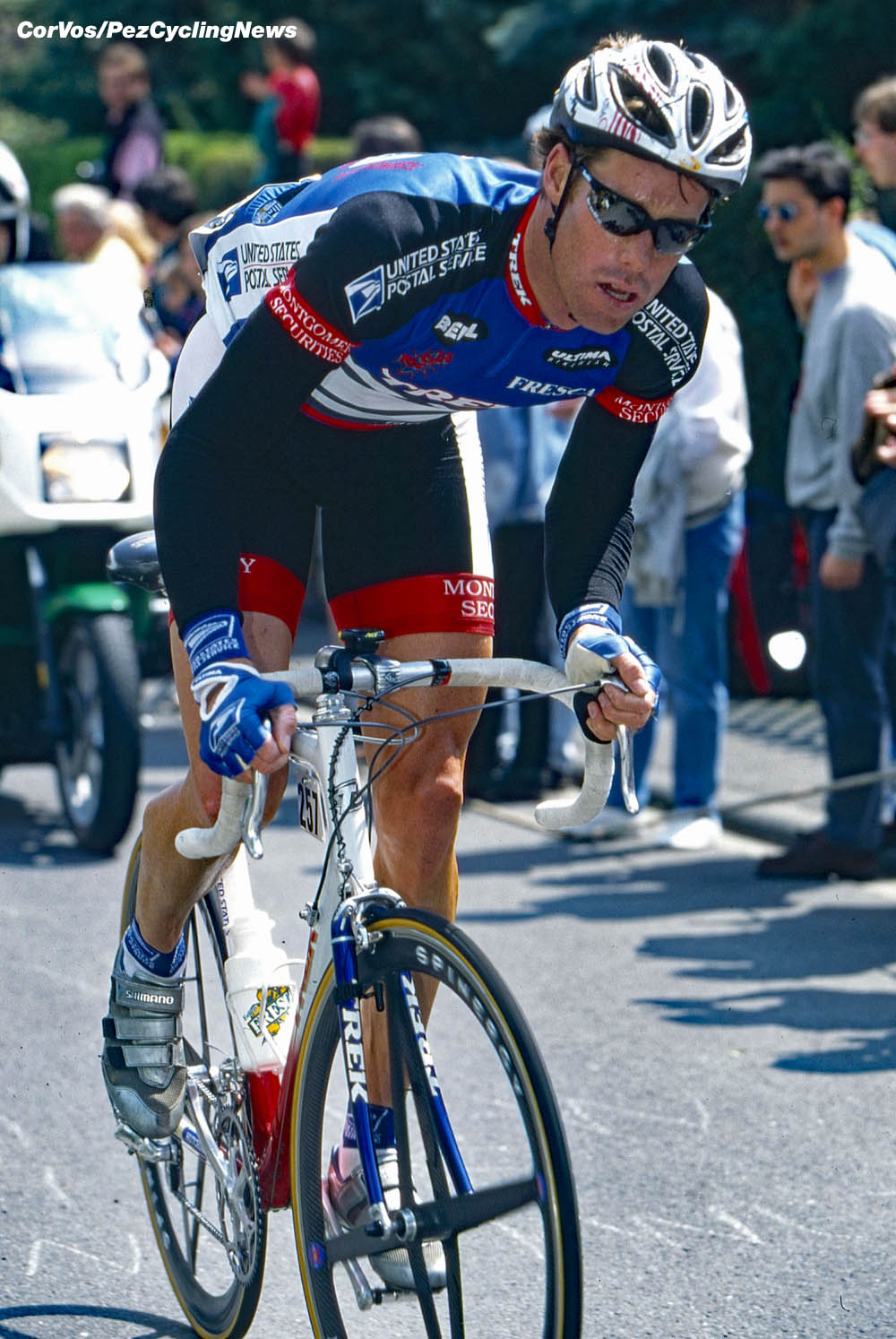 PEZ: How did you connect with Postal?
I was at a wedding rehearsal and met my friend Brett Weisel, son of Tom, the man behind the Postal team. I remember Tom was upset because someone had just knocked the mirror off his Ferrari and it was like $3,000 for a new one. But we chatted and he said that he’d hire me. And that was it, the European dream realized. It was bitter sweet though, I went from winning the Rapport Toer to being unable to hold the wheel in Milan-Sanremo, which was one of the first races Postal had me ride. I remember that I was chosen for pre-race doping control and they arrived at 06:00 am on the morning of the race. My haematocrit was 40% and I remember the guy giving me a look as if to say; ‘how come it’s not 49%?’

PEZ: You rode the Vuelta with Postal.
Yes, but I didn’t finish, I missed the time cut, I think it was the day that Chris Boardman abandoned. There was a big climb from the off so I made sure I was at the front to have, ‘drift room,’ but the speed was so high that I was shelled and missed the cut – that was my last race. 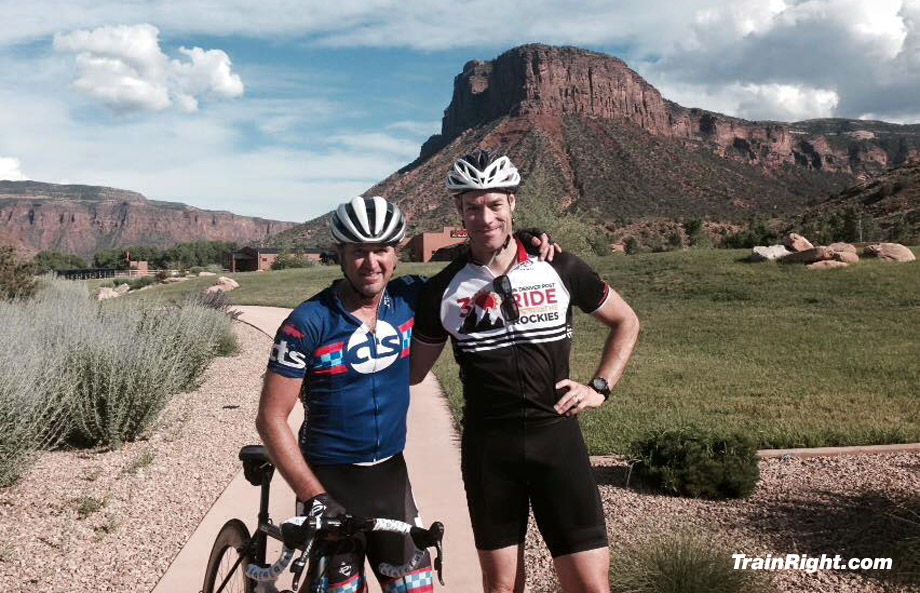 PEZ: But Postal offered you a ride for season ’98?
Yes, Mark Gorski offered me a ride but I wasn’t going to go through another season like the one I’d just endured. I went to work in my dad’s restaurant in Hawaii in ’98. Saturn would have had me back in a heartbeat but I wanted to move on – mind you, it was tough watching those guys I was on Postal with go on to win seven Tours des France. But there’s a different take on that now, isn’t there? But you know, I would never condemn those guys, they made their choices, I could go back and in work in my dad’s restaurant, that wasn’t an option for others.

PEZ: Regrets then?
No, none I didn’t choose to live a lie. I remember that it was at the Tour of Romandie that I was confronted with the reality when I was offered ‘special vitamins’ – steroids – and the details of when to take what. And then there was EPO which wasn’t like a two or three percent boost, it was huge – and I would have benefited massively from it with having a naturally low haematocrit level. I’d like to have ridden Paris-Roubaix again, I rode it once but crashed three times; I like stage races but given my 6’ 3” build I think I could have been a solid classic rider. And I’d like to have tried pursuiting, again I think I had the build and power for that. I do wish I had got into the sport earlier and maybe trained smarter. All that said, I loved the sport, still do, the team work aspect is poetic. 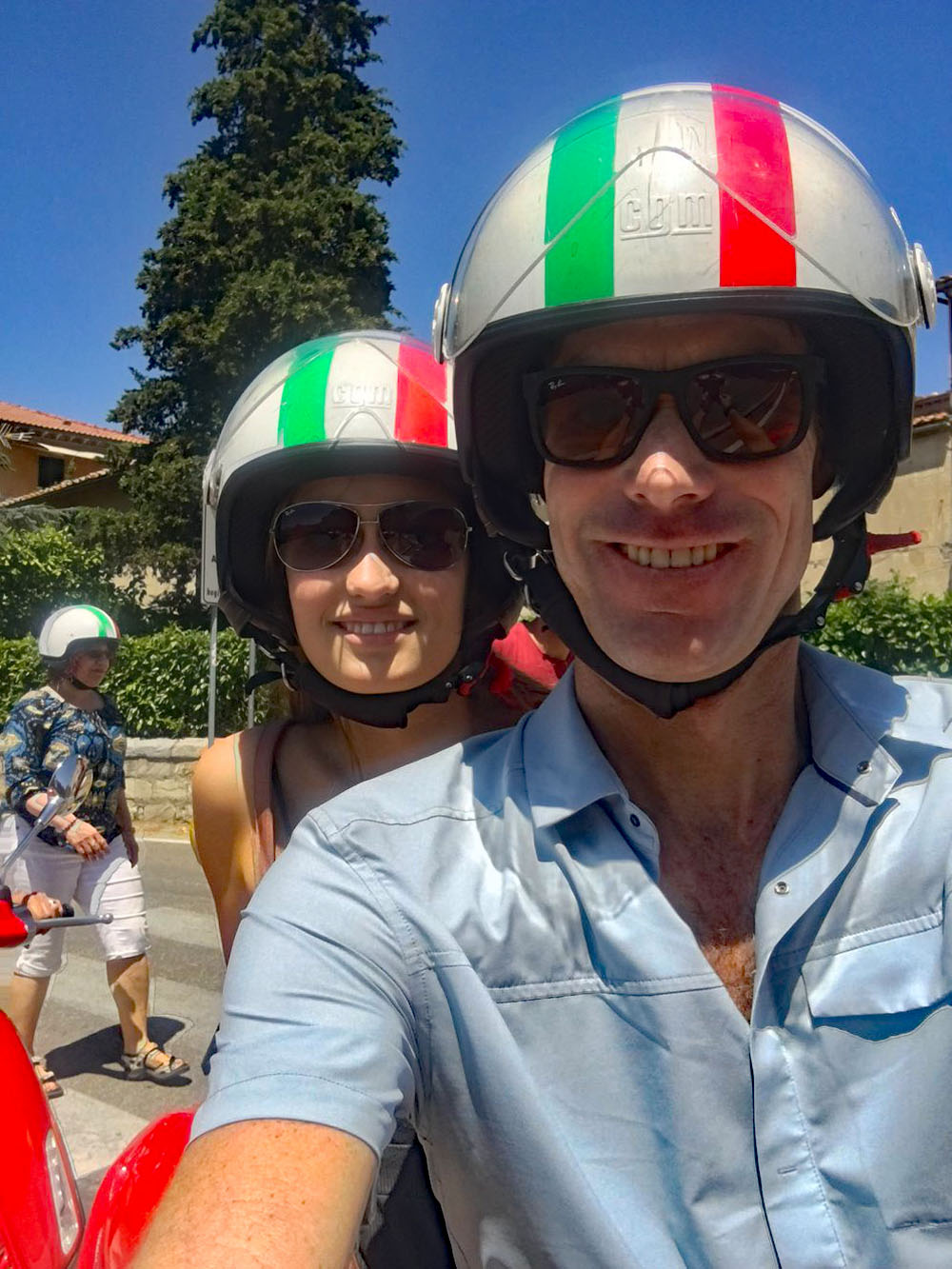 PEZ: Your finest hour?
The Rapport Toer win – but I owe that to my team mate and mentor, Steve Bauer. I was leading overall after getting in the break on day one but later in the race a break with three German riders in it – the German teams colluded against us – had 10 minutes. Our DS said we weren’t defending the jersey but Steve went back to the car and argued the case; the DS still said; ‘no!’ Steve was raging, despite what the DS said he got the guys on the front and said to me; ‘we’re gonna get them back at the base of the last climb then it’s up to you, we’ll be finished but you have to attack there like you’re being chased by a pack of rabid dogs!’ I had my doubts but Steve was right, we closed them down at the base of the final climb where I attacked bridged across to the last of the leaders and defended my jersey – memorable!

PEZ: And you’re still involved with cycling?
I re-connected with my old coach, Chris Carmichael and have been doing a blog for his coaching website – it’s fun, enjoyable to be back connected with the sport. 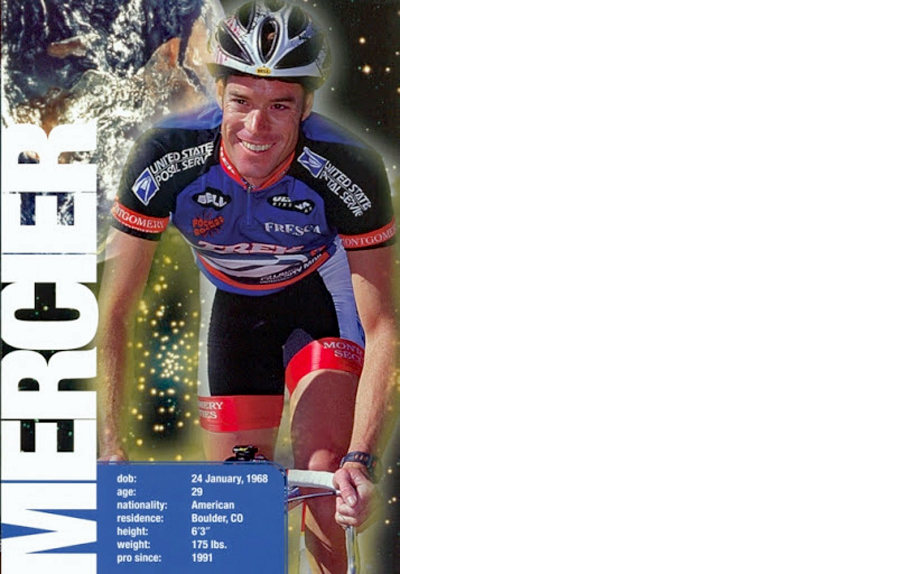 # A man who could easily be embittered – not a bit of it, he loves the sport too much. #