Very Veronica: Back From The Brink

Just before she was due to ride the Swedish nationals as the TT favorite, our newest pro diarist Veronica Andrйasson was hit by a car while training and spent several days in the hospital – unconscious. The good news is she pulled through, but is now on a slow journey back to top form – luckily she’s got plenty of time to write diaries!

Ciao!!
My plan for the national championship in Sweden was not a long stay. Just do the races and then fly down to Italy again, for the Giro d’Italia feminile start.
But sometimes the life goes another way and this time it did!

We arrived the day before my TT start. Ljungskog didn’t start, so I was the favourite (last year I was 2nd, just beaten by her). The evenings in Sweden are pretty light, so we could easily ride my TT course even if we arrived pretty late. 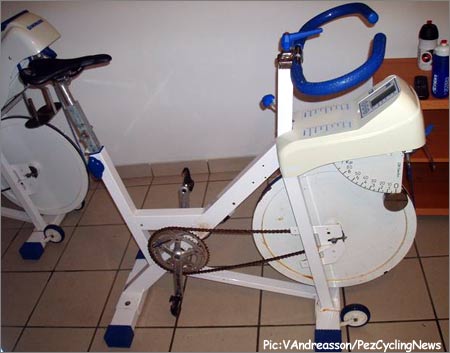 Here’s Veronica’s current bike, or as she says: “my “testcykel”. Perfect to training on, when you want to be back in a good shape so quick as possible. So instead of training outside with a nice view and a lot of sun I’m sitting inside doing power intervals and sweating a lot, with lactate over my head ;o)! Welcome to my life!!!.”

The days after I still don’t have any memory from. Just that I went pretty early to the start, because I wanted at least 2 hours of warming up. A small ride and the last 40 min on trainer. 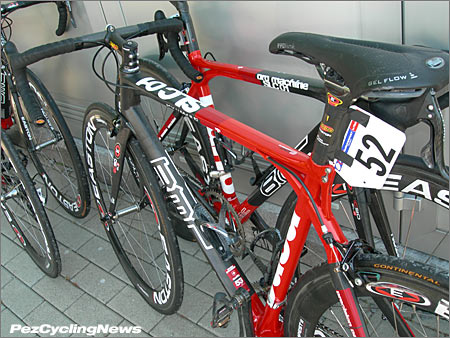 We sincerely hope she was not riding her team issue BMC SLC01 when she encountered that car.

When I went to the start on bike, I crashed with a car in a redlight! How I could crash with a car in Sweden is really strange, bearing in mind that cars are driving so much slower and much more correct then in Italy. I had an epilepsy attack when I arrived the hospital in Uppsala and then I was sleeping for some days [in a coma].

When I woke up, they moved me (closer to my residence) by helicopter. Then I was 2 days in Gothenburg and after that they drove me to Halmstad hospital. First when I was in Gothenburg I start to speak a little bit, but I was still really tired. And I haven’t any memory, about the crash. Still nothing, the first thing I remember is when the ambulance drove me to Halmstad! 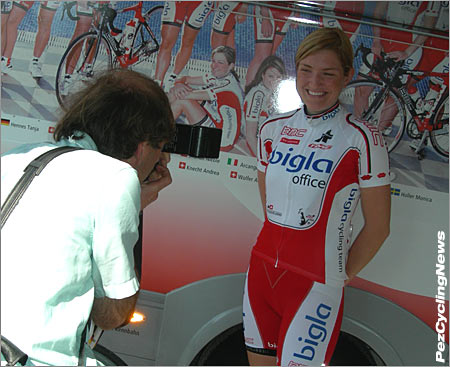 No doubt Veronica will be back smiling for the photogs soon.

I even called Gustav and asked about how my race went for me!!!

My short term memory was still not working, so I could called him 4 times and talk and ask about the same things… (memory like a guppy ;o) )
Gustav had to defend the victory in the TT, when I still was unconscious. His TT was the day after ours. He said it was hard, but he knows that I wouldn’t like if he gave up the race. Ok, if he would be happy for a 10th place!

In Uppsala were SM (svenska mдsterskapen) was, they have the best brain specialists in Sweden, so I was lucky at least with that.

I’m still affected of the skull injury and the doctor says I can’t train hard until after 3 months. Because then the pressure in the head can damage the brain even more. So this season is over for me. But I wasn’t sad when I heard it, I’m just happy I’m living!! 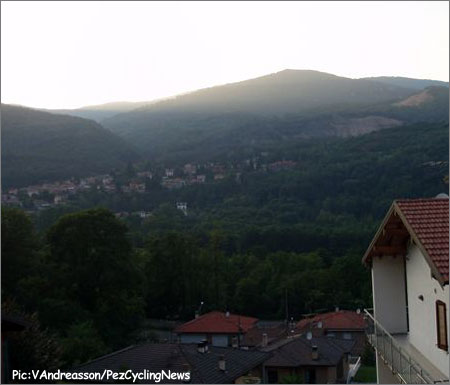 At least the view from her apartment isn’t so bad.

In the crash I also got two vertebra fractures, a shoulder fracture, collar bone fracture, a fracture in the hand. All fractures are on the left side. The doctors have bean amazed of my fast recovering. Yesterday I even got to Italy and today I was on the bike again for the first time.

About the accident I can see in two ways. Now I have done my accident with a car and can tick that off my “to do in life” list. Or now I have take one more of my nine lives (like a cat) and I’m closer to death then before!! I like to think like the first way!