Rider interview: Daniel Pearson has not been hanging about since he won the junior British road championship, way back in 2011. With a long list of teams, the next chapter to his life story is with the Italian ProTeam, Vini Zabù-KTM. Ed Hood caught up with the Welshman to hear his story. 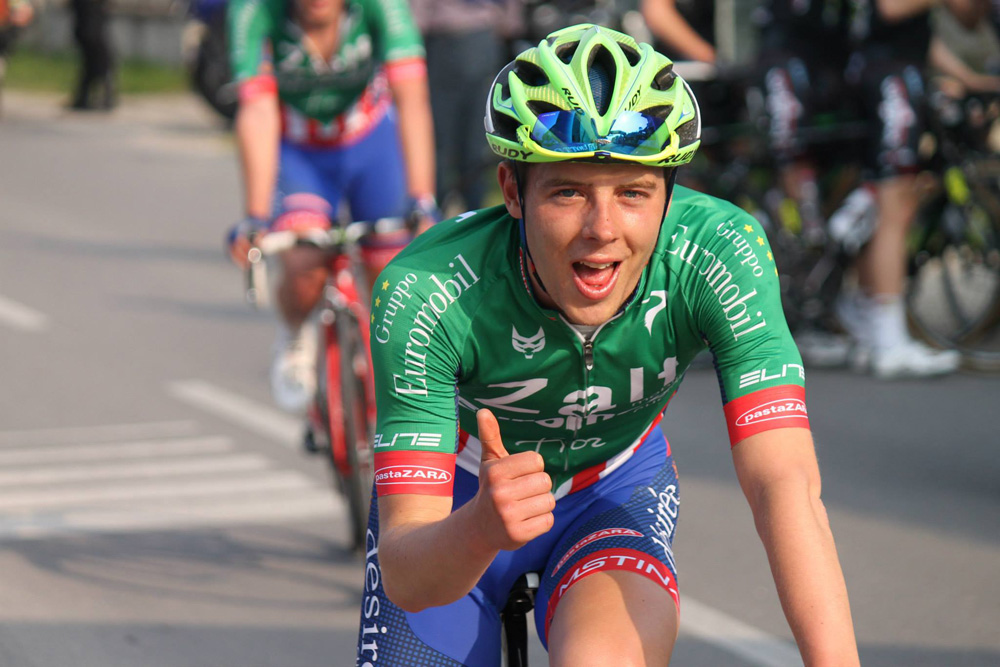 Daniel Pearson may only be 26 years-old but he’s done a couple of laps of the block. The Welshman was British Junior Road Race Champion back in 2011 and since then has ridden at Continental and Pro Continental level from Croatia to China via the Ardennes Classics. And he has that quality which is essential if you wish to be a professional cyclist enjoying continuous employment in the current environment – persistence.

Let go by UK Continental team Canyon dhb at the end of 2020 he made a science of getting a ride this year. His persistence paid off and for season 2021 he rides with Italian ProTeam (the new UCi definition for Pro Continental) Vini Zabù – KTM under the auspices of the imposing figure of Luca Scinto. We caught up with Daniel recently for a wander through his career.

PEZ: British Junior Road race Champion in 2011, your memories of that day?
Daniel Pearson: That’s a long time ago! It was a bit of a turn up for the book, I wasn’t that well known and that year there was a strong group of guys riding – Matt Holmes who’s with Lotto-Soudal; John Dibben was with them too but has called it a day; Chris Latham who was with me at Wiggins; Owen Doull, who’s with Ineos; Harry Tanfield who’s just gone to Qhubeka. . . 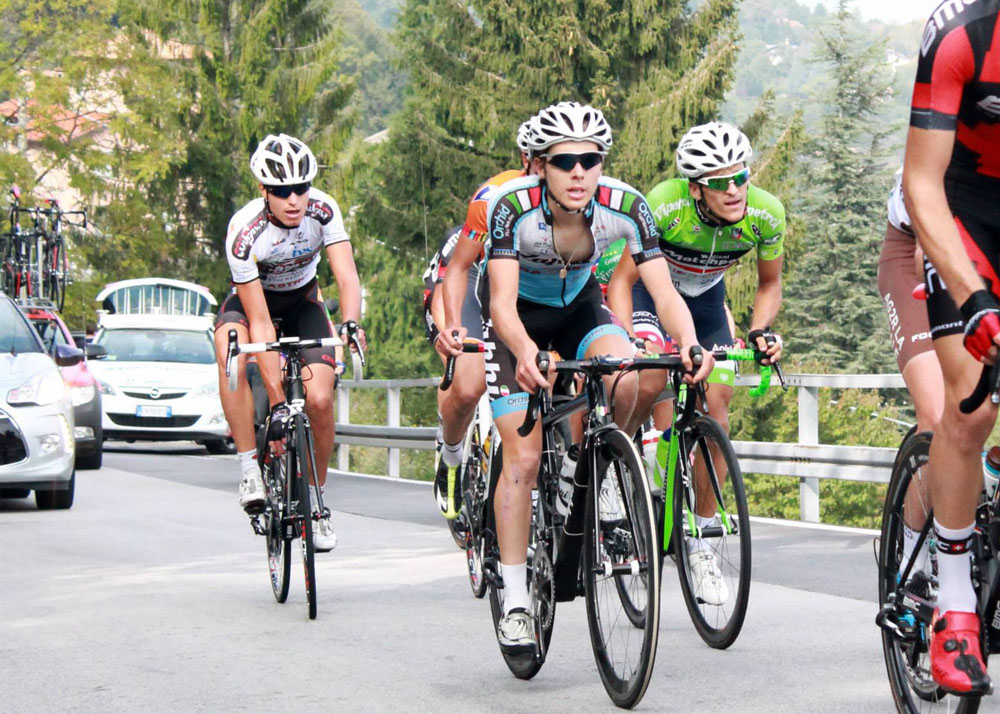 PEZ: You were a ‘Zappi Man’, riding with Flavio Zappi’s development squadra in Italy in 2013?
Overall that was a good experience, the ‘trying to be as skinny as possible’ thing was difficult for some guys but whilst it was a school of hard knocks it was great fun.

PEZ: Your second season with Zappi saw you get some nice results, top 10 overall in the Giro Valle d’Aosta – which is a major u23 stage race – and top 20 in the Piccolo Giro di Lombardia.
Yes, I had a good year and caught the eye of the Zalf team for season 2015 as a result. 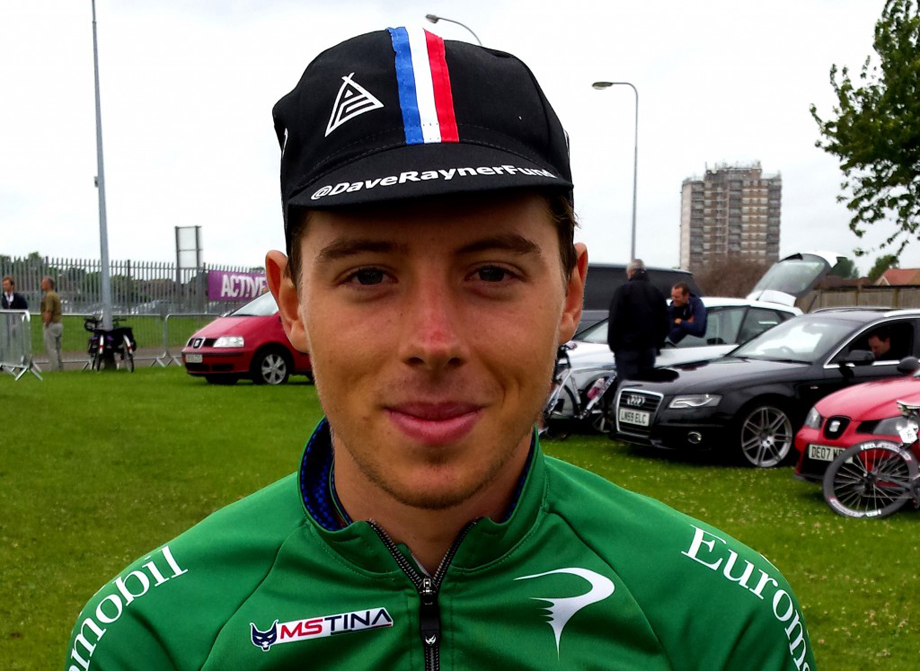 PEZ: Tell us about Zalf.
It’s a long established, strong Italian amateur/u23 set up which has a big rivalry with the Colpack team – but that year we were the best; we had guys like Gianni Moscon, who’s with Ineos now and Andrea Vendrame who’s with AG2R on board. I was going OK with fifth on GC in Aosta but had dislocated my finger a couple of days before and rode the whole race with a big bandage on it. It was a great set up; one of the sponsors was in the hospitality business with a hotel and restaurants; after training we’d go to the restaurant and get fed like kings in the ‘secret’ staff dining room. 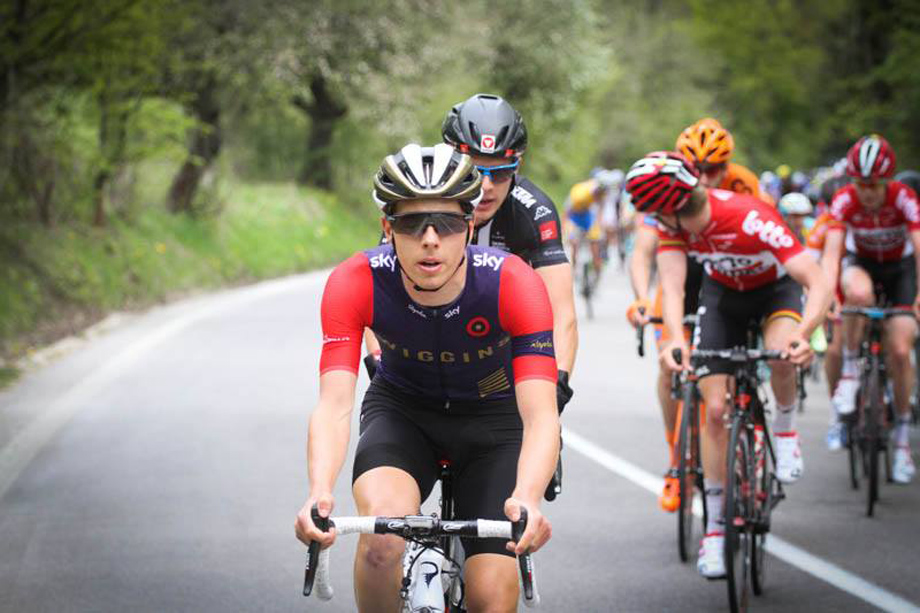 PEZ: Wiggins for 2016.
They approached me; it would be difficult to turn down an opportunity to ride with Bradley Wiggins. The team had a great programme, I had 55 days of international racing with them that year but felt mediocre for most of that year; the person who was supposed to be looking after my training that year didn’t really give me best guidance. I was living with James Knox in Girona and did 30,000 kilometres that year – too much, I had great base but just wasn’t sharp enough. 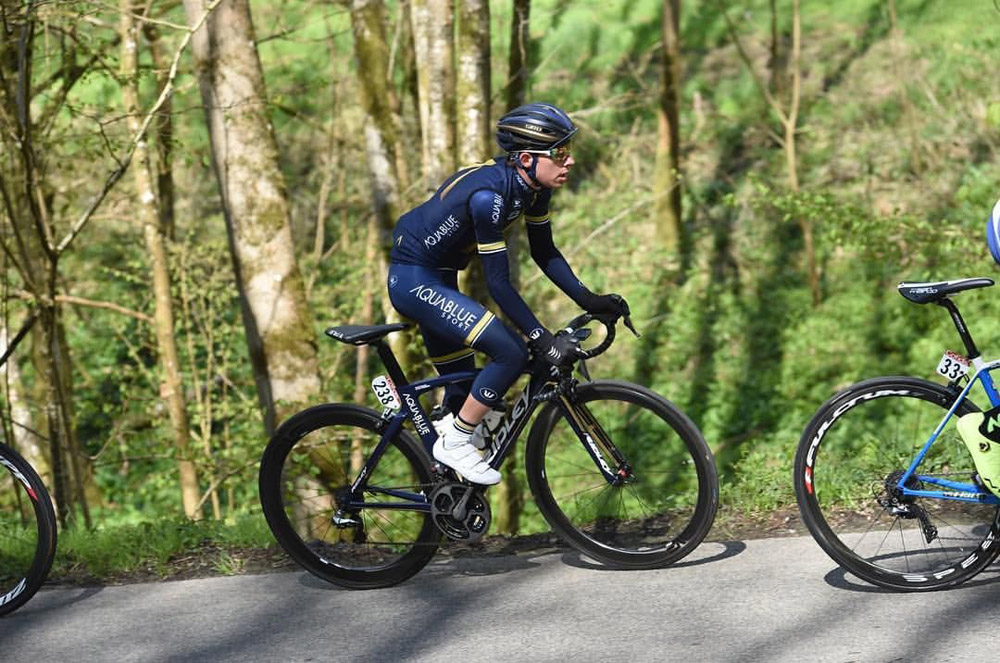 PEZ: How did you get the Aqua Blue ride for 2017?
My agent, Andrew McQuaid organised that, he did well because I felt 2016 was mediocre for me. The race programme was good but I would have liked to ride more climbing races. The second season I had a good ride in the Tour of Croatia where I was sixth but I got sick after that although I was just outside the top 20 in the Yorkshire. After that it was Norway and the Fiords; I hadn’t recovered for the Tour of Switzerland and had to abandon Austria.

PEZ: Aqua Blue folding, did you see it coming?
Not at all, it was a bolt from the blue, I woke up and saw it on Twitter. 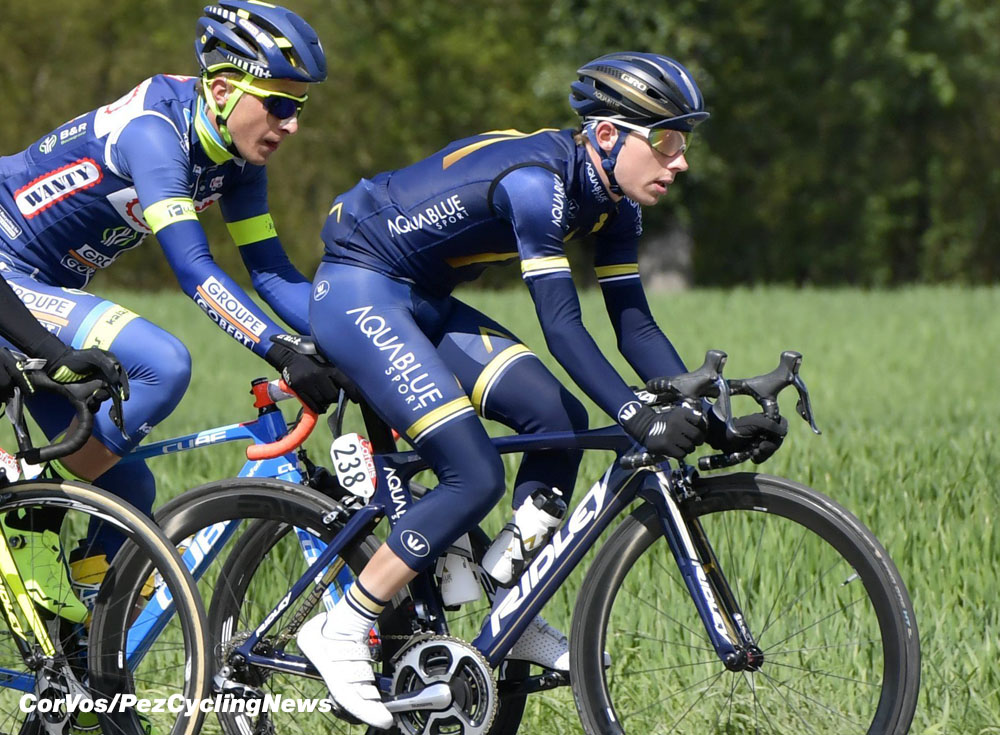 PEZ: The inevitable question – those bikes?
One of the big problems was that the groupset wasn’t a road gruppo, it was a one X cyclo-cross set up and so wasn’t the lightest. There was the problem with chains coming off, the big jumps between the gears and the huge deflection on the chain when you were in the biggest sprocket. Gear changes in the hills were hard, the difference in cadence was difficult for your legs to handle. It was a nice experiment and OK for flatter races but they should have given us the option of two chainrings for mountainous races.

PEZ: Back to the UK for season 2019 with Canyon.
It was a good atmosphere on the team, they were ambitious. Unfortunately, along with nine-or-so other riders I picked up a virus the first year at the Tour of Yorkshire and was DNF. 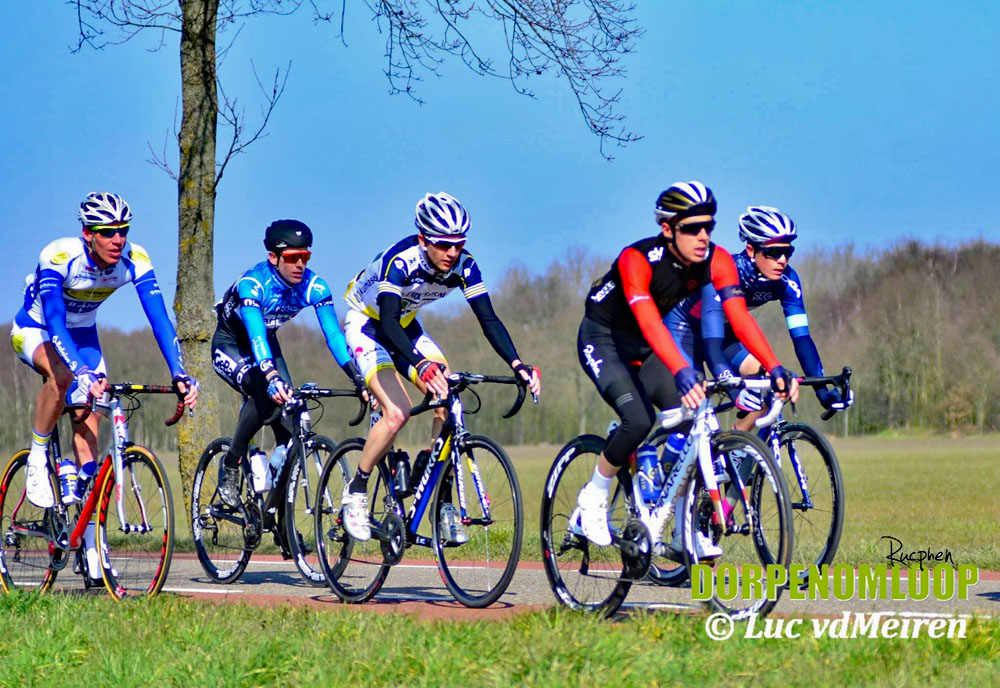 PEZ: But you came back well from that, just outside the top 10 in Rhone-Alpes Isere Tour and then a stage win and fourth on GC in the Tour de la Mirabelle.
That 11th place in Rhone-Alpes was actually a better ride than it looks, at one stage I crossed a three minute gap to get to the break but then there was the usual; guys sitting up. But that ride gave me a lot of confidence for Mirabelle; the stage I won I was away with Simone Ravanelli, who’s with Androni Giocatolli now, I got the better of him at the line – it was nice to get my arms back up in the air. But that was at the start of June and then in August I rode the Druivenkoers – Overijse where there was a crash on one of those narrow climbs through steep bankings you get in Belgium, I managed to avoid it but a guy fell against me and pushed me into the banking. I must have landed on something hard and was in a lot of pain with it for weeks after.

PEZ: Lockdown?
I rode the Tour of Antalya in February and then with all of the UK and most of the continental races cancelled I just decided to train hard right through it; three days of big rides then a day off and repeat for six weeks – I took a break and then did another four/five week block which took me up to the Ventoux Challenge, my last race. 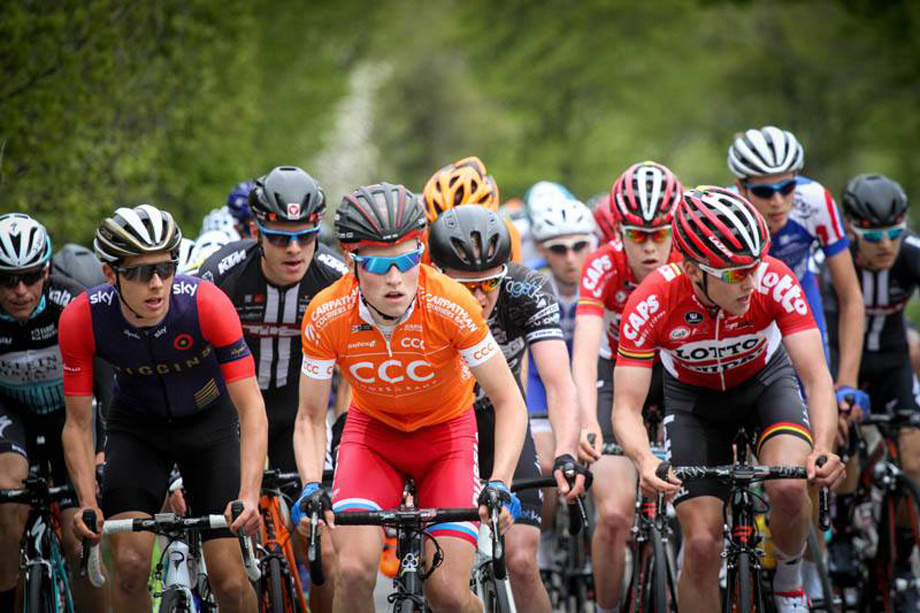 PEZ: Vini Zabu – KTM?
Tim Elverson the team manager at Canyon obviously saw me as surplus to requirements and I didn’t have a ride with the team for 2021. I’d done a test with trainSharp Cycle Coaching and my Coach said to me that my numbers were too good to talk about quitting. I knew in early November I didn’t have a ride and I decided to make a full time job of searching for a ride. I’ve made a lot of contacts and put my CV out there; Simone Velasco who’s with Gazprom now but who I knew from my Zalf days put a word in for me with Luca Scinto, we exchanged emails, spoke on the phone and agreement was reached. I’ll be based in Cardiff and fly in and out as necessary; my training has been going well and I was looking forward to the first training camp but the Covid situation means that has had to be cancelled; so right now I’m not sure what’s happening.

# You and many others, Daniel – we’ll be keeping our eye out for the man when hostilities resume. # 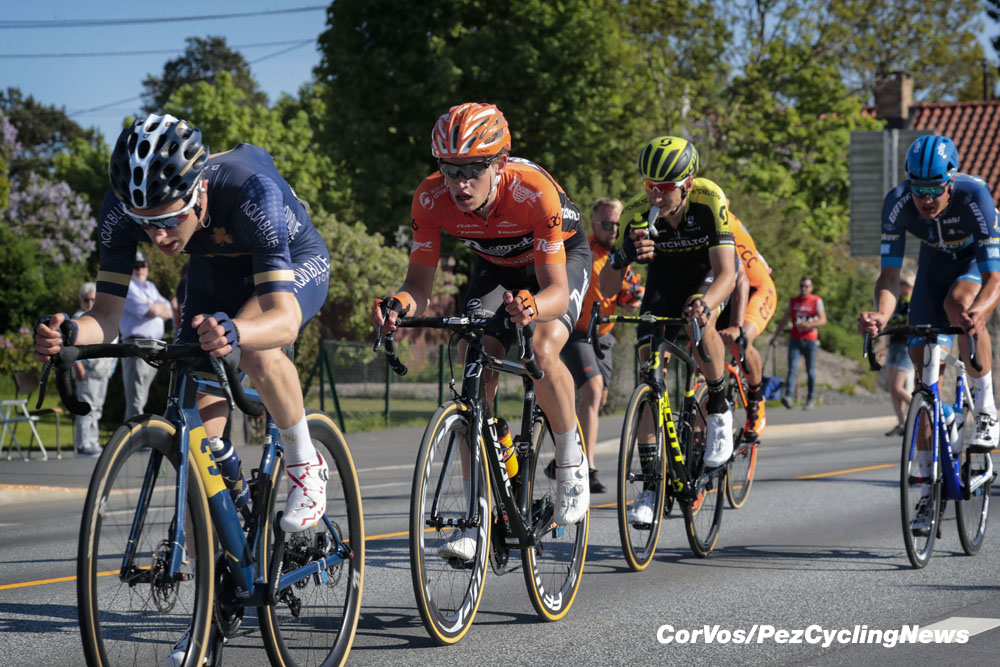