Tour Diary: UAE Team Emirates’ Rui Costa on his week at the Vuelta and the final stages.

Speaking in his weekly column for PezCyclingNews, former World Champion and UAE Team Emirates’ rider Rui Costa reviews the second week at the Vuelta and how he hopes for a stage victory in the final week. 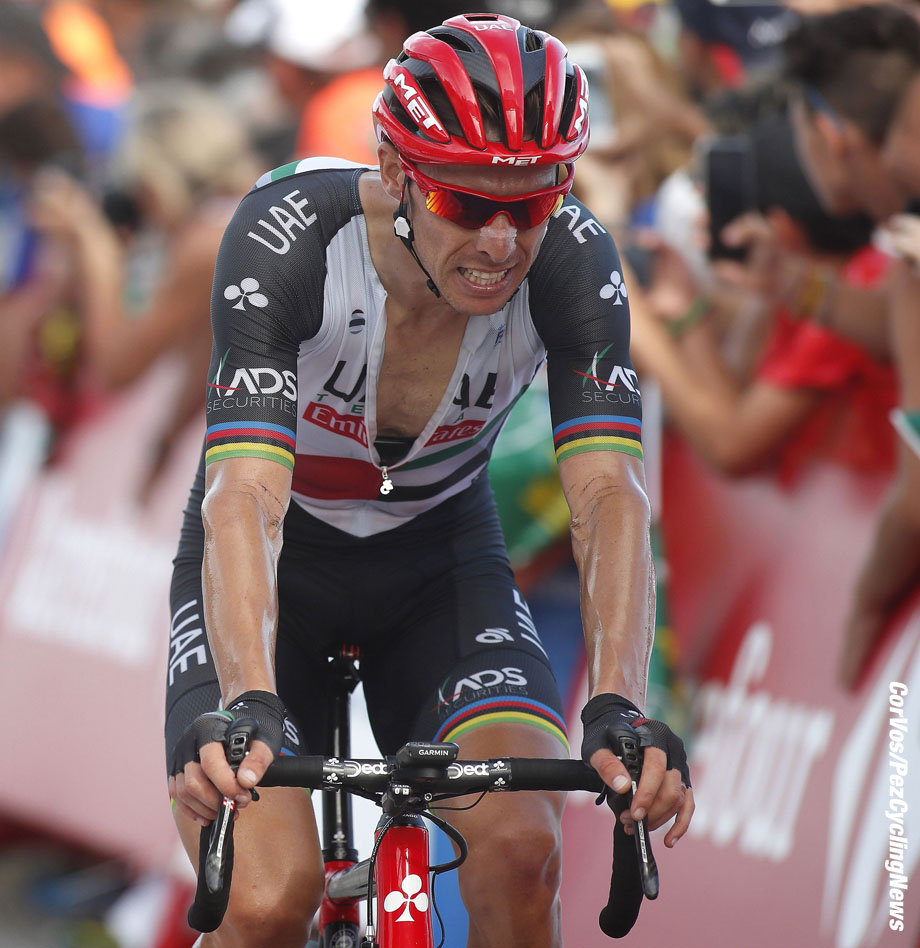 My Ride
I’ve spent a lot of this week trying to recover from the crash at the start of Stage Seven. It was unfortunate and it probably has had an effect on my riding during the early part of last week. However, I’ve been gradually getting back to full fitness and feel that towards the end of this week my riding has improved. My performance on Stage 13 was much better, my legs felt stronger and it was great to finish towards the front of the peloton. Going into Stage 14 I felt really good, I attacked from the off and held a strong position in the breakaway for a large portion of the race. I’ve always said that my aim was for a stage victory at the Vuelta and that’s still my goal going into the final few stages. 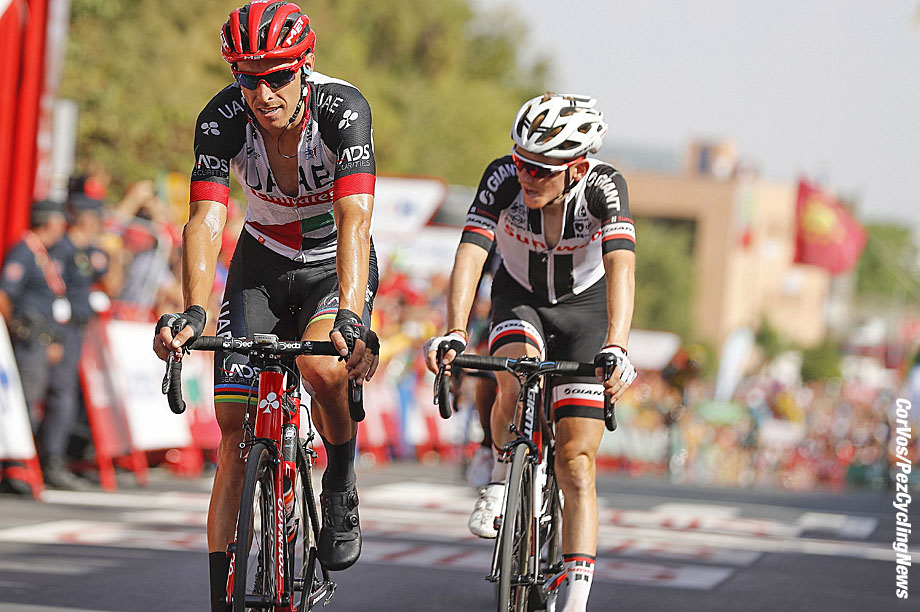 UAE Team Emirates
The team has really stepped up during the Vuelta. We’ve shown how resilient we are with a stage victory, a number of top 10 finishes, and we’ve shown real determination and grit on the various sprints and climbs – our riders really are giving 110% on each stage and for that I’m immensely proud. We’ve tried to have men in the breakaway on each day and, when we have, it has been really effective.

Darwin Atapuma has produced a really strong series of climbs, proving that he really can compete with the best on the mountains. His desire was evident during Stage 11 where he led the breakaway with Romain Bardet (AG2R-La Mondiale) on one of the toughest climbs of the Vuelta – the Calar Alto. His efforts earned him a well-deserved top 10 finish.

Similarly, Jan Polanc put in a top effort as part of the breakaway to finish almost five minutes ahead of the GC contenders on Stage 12.

The week ended with Louis Meintjes securing another top 10 for the team during Sunday’s Stage 15, which pushed him up in the GC standings. All in all, I think it has been a good week for the team – but stage wins are what we crave and we’re pushing harder than ever to get them. 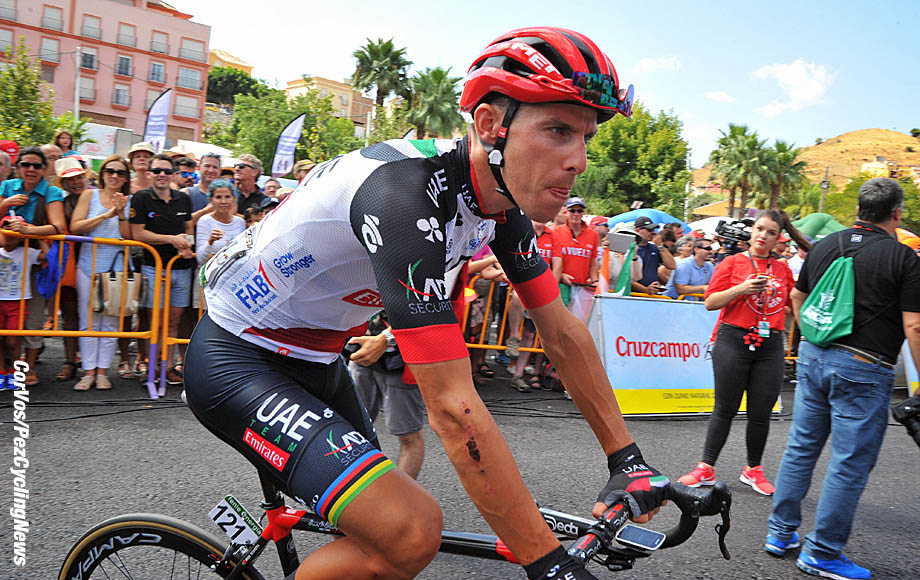 Upcoming Stages
Looking forward, the climbs come thick and fast, and this is where we’ll be hoping UAE Team Emirates can get on the podium. If I can get into a good position, I’ll be pushing for a stage victory on Stage 18 or 19. Watch out for UAE Team Emirates’ climbing specialists on Stage 20 too. This will probably be the biggest test on the legs with two category one climbs and an HC summit finish. I think our Columbian maestro, Darwin Atapuma, could have a crucial part to play on the stage and, who knows, maybe even win it! 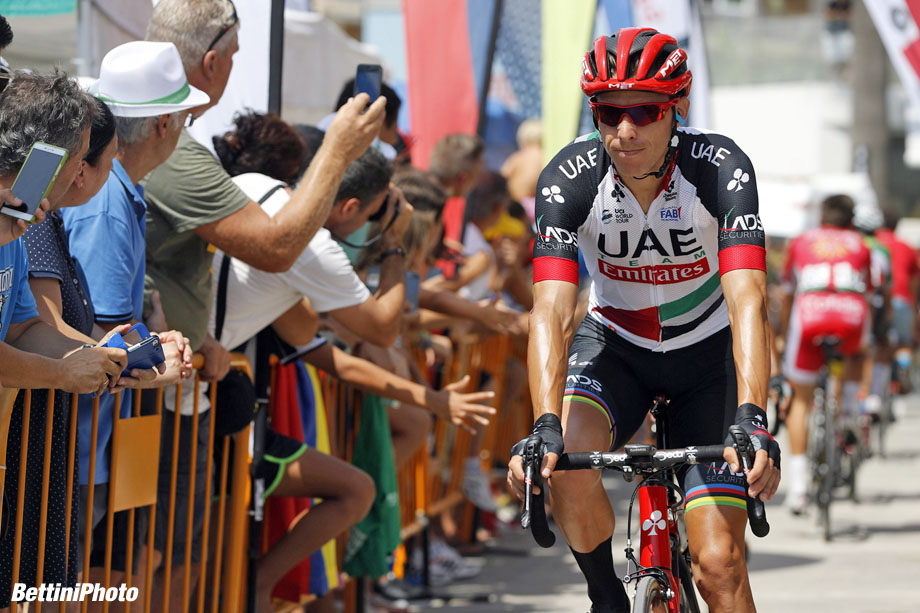 Keep up to date with UAE Team Emirates throughout the Vuelta a España by visiting www.UAETeamEmirates.com.

You can catch up with Rui Costa’s look ahead to la Vuelta and the first week of Rui Costa’s Vuelta diary.

PEZ Talk: The New Taylor Phinney And What’s Next…