For the first time in some years the Great Britain team has realistic medal hopes for tomorrow’s under-23 title road race in Salzburg. Mark Cavendish’s name in particular, with a nice new, crisp contract from T-Mobile in his pocket and a big sprint, must be written on a few handle bar stems. PEZ travelled up to quiet Anthering to the GB team hotel for a chat with new man on the management team and former pro, Max Sciandri.

PEZ: Before we talk about the team and your role in it, tell us how you would like to be remembered as a pro bike rider.

Max: A top Italian cycling journalist once said that I was one of the most talented riders to come out of Italy in the last 15 years, but I had thrown-away nearly every classic! I don’t want to be remembered for that – can we just say that I think I was a good all-rounder. I think I was a decent pro, I had my 40 or-so wins, but I enjoyed life too; I wasn’t in the Casagrande mould of ‘everything for the bike.’ When I look back I think maybe I could have been a little more dedicated, but I have no regrets. The thing about being a pro is that the years go by so fast, but overall I’m happy with what I did. 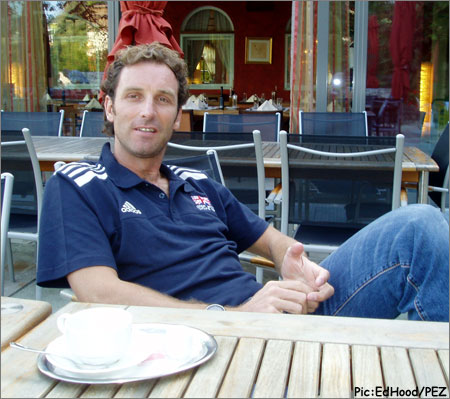 Max Sciandri has no regrets when it comes to his bike racing career.

PEZ: What about your new role with the GB team?

Max: It’s not super-defined on paper; I was taken on for my experience and my contacts. I set-up our training house in Italy and I also organised a good race-programme for the guys over the summer. I see my job as being in two parts, firstly it’s to bring the young guys up to a level where they can move into a good Pro Tour team where they will be looked after, not just left to sink or swim in some low-budget squad. Secondly there’s the new aspect of professional road coach – like Ballerini does in Italy.

PEZ: Do you think that the UCI got it right with the under-23/elite system?

Max: I think so, I was a pro for 16 years and after the first couple of years you lose track of the amateur world, but think it’s good to bring young riders on gently. 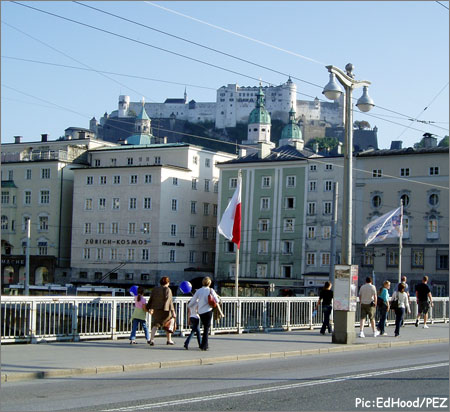 Not a bad picture interlude: the Salzburger Castle.

PEZ: GB has enjoyed great success on the track; why has that not been replicated on the road.

Max: That’s simple – money! When the lottery funding started to appear the British Cycling directors had to look at where they could achieve success – that’s medals – quickly and they decided to invest in the track. To keep the funding coming they have to keep the medals coming but cash is starting to come to the road now. Most kids dream about the road, they want to be Boonen or Bettini but the thing about the road is that you can start-off on the track, go to the road but come back to the track. Italy let the track go and they are trying to bring it back up again, but it takes time, you have to build it up from the kids. When I was a kid my first races were at our local track league. 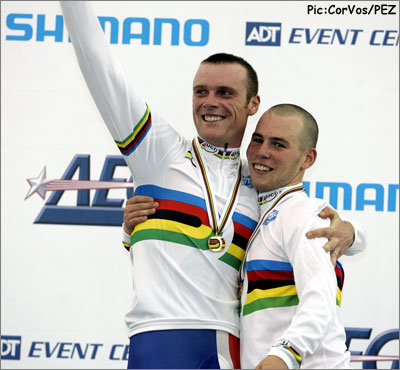 Mark Cavendish already has himself a World Championship to his credit: on the track, in the Madison, with his partner Rob Hayles. Can he add another Rainbow tomorrow?

PEZ: Tell us about the team.

Max: There’s Mark Cavendish, Geraint Thomas, Ian Stannard, Andy Tennant and Ben Greenwood. Mark has a very strong sprint although people are saying that the course is too hilly for him – but Boonen says the races will end in sprint finishes. Geraint is team leader but isn’t at his best; he was a little sick last week and he’s not just 100% yet. Ian is the man I think, he’s going very well. I’ve just organised Ben a place in a very good amateur club in Italy next year, it’s the one Rolf Sorensen rode for so his motivation is good. 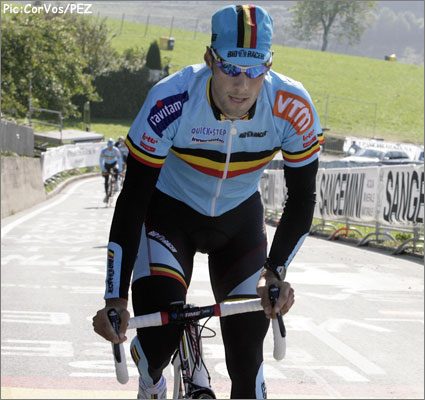 Tom Boonen rides for what seems the first time in ages in his non-World Champion kit. Boonen thinks the races will end in bunch finishes.

PEZ: What are the tactics for tomorrow?

Max: For the first three or four laps we’ll move Andy and Ben around. As the race progresses it’s up to Geraint and Mark to talk and decide who the team is riding for, but I think it will be Ian.

PEZ: Is there any body in particular whose name is written on the guys stems?

Max: Not really, I haven’t been in the job long enough to identify who is going well and there are so many east European guys that you just don’t know.

PEZ: What’s the least you will be happy with tomorrow?

Max: I’m not going to make any predictions of winning, but top five would be good and is possible. 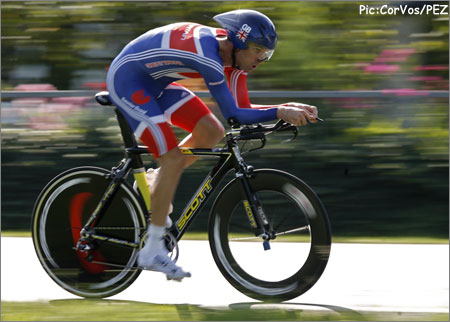 PEZ: What about the elite race?

Max: It’s all for David (Millar); I’ve told him there’s no pressure, just sit and wait. I manage David and I can see no reason why he can’t be a classic-winner; he can do it all, ride in a small group, climb and time trial -everything indicates that he can win big one day. It’s not been publicised but he punctured in the time trial yesterday, after seven kilometres, at this level if you loose time like that your motivation is blown. 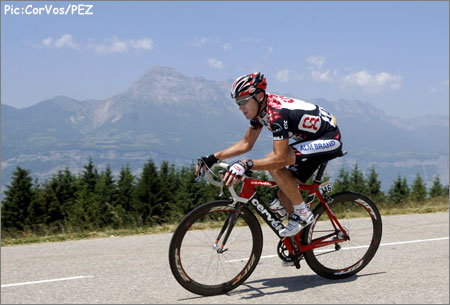 PEZ: Who will win the elite?

Max: Valverde, Vinokourov, Bettini, Paolini is going well and O’Grady is a name I haven’t heard but I think he’s in great shape coming out of the Vuelta. Some Spanish guy we know but don’t expect to do anything will go well too, just like Astarloa did in Hamilton.

PEZ: Thanks for your time Max and all the best for all your guys over the weekend.

Worlds06 EliteTT: The Men And Their Machines