The Italians started the 2008 World Road Championships in Varese in fine style, with Adriano Malori in a class of his own on the top step of the U23 TT podium. It wasn’t a bad start for the Aussies either, with 20 year-old Cameron Meyer from Helena Valley, Western Australia taking bronze after starting 22nd and a long wait in the ‘hot seat’ as race leader.

We caught up with Cameron after the race to get the story; ‘straight from the kangaroo’s mouth!’

PEZ: Great ride Cameron, I believe you know the course very well, though?
Cameron: Yeah, I’ve been training on it for the last six weeks; the Aussie team is based here.

I spent a lot of time getting to know the climb and the corners. It’s a really tough course, but it’s still fast, I averaged 47 kph and winner was on 48 kph.

There’s a seven kilometre climb, but it’s a fast ascent, the road surface is really good and I think that’s why it’s so quick. 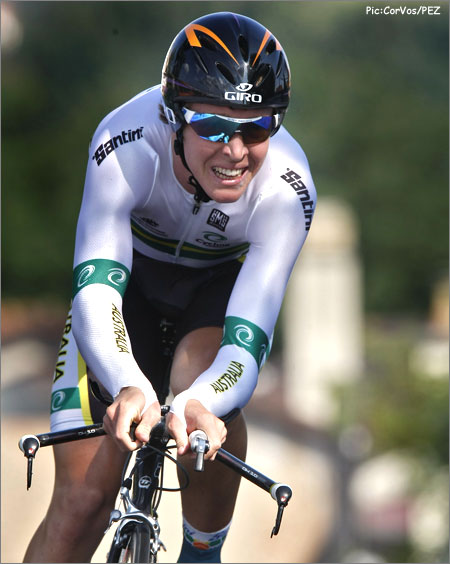 PEZ: Only your second TT in two years; how did you gain selection?
Cameron: I was second in the TT in the Circuito Montanes in Spain, back in June; Lars Boom of The Netherlands who was reigning world U23 TT champion at the time, won the stage, but that performance was good enough to win me selection.

PEZ: A few riders crashed today, [including silver medallist Gretsch of Germany].
Cameron: It was raining until 90 minutes before the start; some parts of the course were still wet – in the tunnels and under the trees.

Some riders were taking chances I guess, but we had one of our directors go round the parcourse before the start to check it out and he briefed us on course conditions. 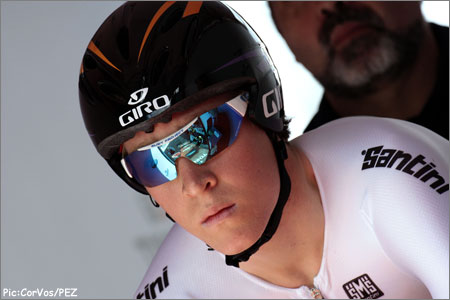 PEZ: What was the hardware today?
Cameron: I was on an Aussie built Teschner frame with 54/48 rings and 11 to 21 at the back on Vittoria tubulars.

We used the big inner ring because we knew the climb would be fast – I used pretty much every ratio during the ride.

PEZ: What was the game plan?
Cameron: There was an eight kilometre flat loop to start and I rode that in controlled fashion – we knew the climb would be decisive; it was around seven kilometres long. 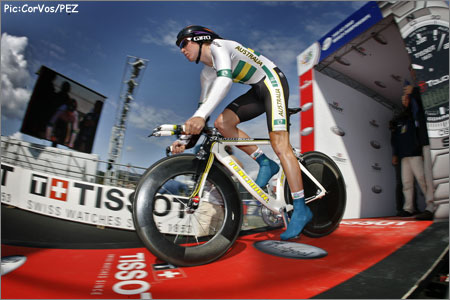 The plan was to give it everything on the climb then use whatever was left to bring it home. That’s how it worked out; the splits showed that my hill climb wasn’t great but I rode a really fast second half due to having ridden within myself during the early part of the race.

PEZ: Any ‘with hindsight?’
Cameron: No, I think it worked perfectly, it would have been good to ride maybe one sprocket higher on the climb, but I’m happy with the ride. 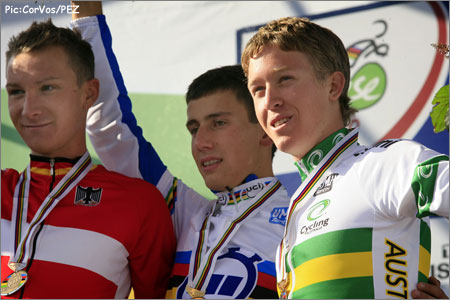 PEZ: How about the winner’s ride?
Cameron: Phenomenal! To be in the bronze medal slot, but more than a minute down, that shows the quality of his ride.

PEZ: How about that ‘hot seat?’
Cameron: Nervous! I had to watch 41 riders finish; when it got to the last ten I was hoping that I wouldn’t be fourth again – I was fourth in the points race at the Olympics and also the last two worlds points championships. It was nervous, but exciting at the same time. 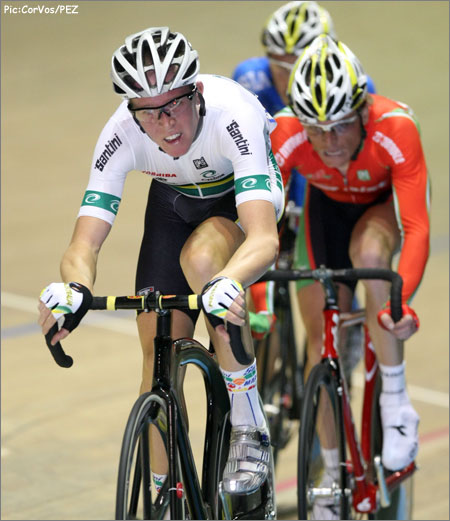 PEZ: Your brother, Travis was 19th today– does he buy the beers?
Cameron: Not ‘til after the road race on Friday! It was his first race in the U23 Worlds, so to make top twenty is a good performance, which he’s happy with.

PEZ: The Meyer tip for the elite TT?
Cameron: It has to be an Aussie! If Cancellara was here, then he’d be the one, but in his absence I think it’ll be Michael Rogers, he hasn’t been ‘raced out’ this year, he has good form, he knows the roads really well and I think he’s keen to show what he can do.

PEZ: Talking of pros – any offers?
Cameron: There have been a few, but we’ll be leaving it until after the Worlds before any decisions are reached. 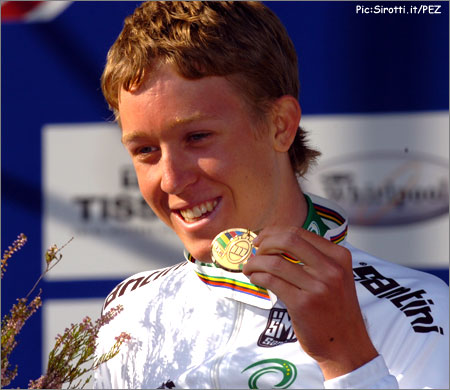 PEZ: Friday, and the U23 road race, is it ‘all for Wesley?’ (Last year’s Stuttgart silver medallist Wesley Sulzberger)
Cameron: We have a very good team; we’re all going well and will decide in the closing stages of the race who we ride for.

Wes and Simon Clarke have the most experience at this level and we’re looking forward to riding with, and learning from, them both on Friday.

I’m tipping an Aussie win, though! 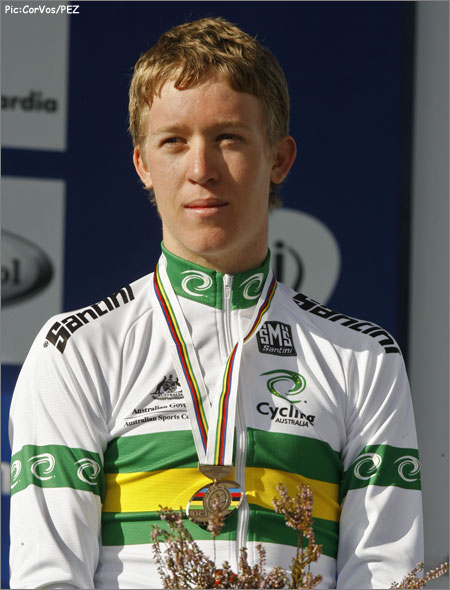 We thought you might, Cameron! Good luck to ‘The Cyclones’ for Friday and thanks to Cameron for his time.

Worlds’08: The Favorites For Sunday