It’s every young rider’s dream to turn pro for a big team – how does it feel, and how does it come about? PEZ spoke to 2007 Stuttgart U23 bronze medallist, Jonathan (Jonny) Bellis of GB about his recent move to Bjarne Riis’s ‘super team’ CSC Saxo Bank.

PEZ: Do you have an agent or personal manager, Jonny?
Johny: No, it was Shane Sutton who made the connection at the 2007 Tour of Britain, he spoke to Scott Sunderland. I was at one of their training camps in January this year and they liked what they saw. I rode the Tour of Britain with them and again they were happy with how I rode; I’ll be signing a two year contract at the Worlds in Varese.

PEZ: Was there one ride that ‘closed the sale?’
JB: I was sixth on stage five of the Tour of Britain this year, behind Boasson Hagen; I think that showed them what I was capable of. 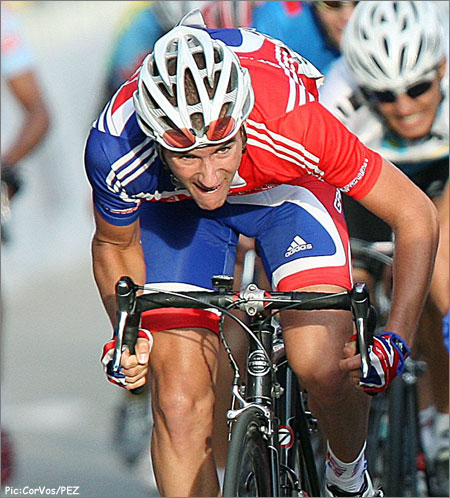 PEZ: I saw you get third at Stuttgart last year; that was a tough race.
JB: For sure, very tough, it was my first Worlds and if I’d got top 15 or 20, I would have been happy, but to get a medal was just amazing. Potentially I could ride the U23 Worlds another three times, but because I’m signing for CSC, this will be last one at that level and I’d like to go out on a ‘high!’ 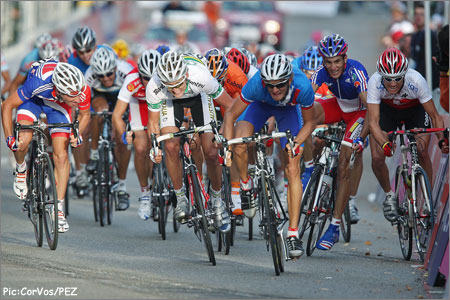 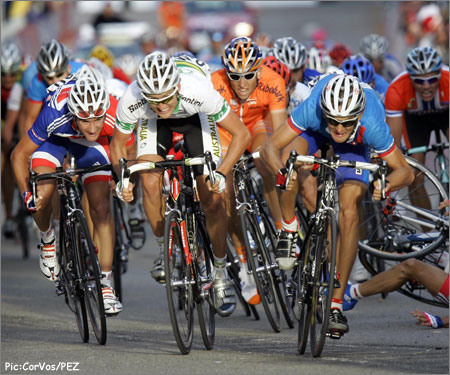 PEZ: Have you met ‘Big Bjarne?’
JB: I met him at the training camp in January, he’s a good guy but tends to keep in the background – he watches and assesses. But when he needs to, he’ll step in; it’s his team, after all! He still has big ambitions for the team, although I’m not sure of my own programme for 2009 yet. 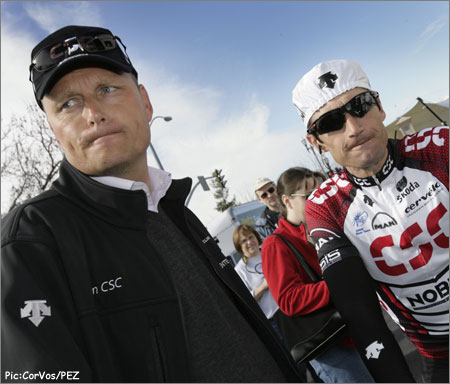 PEZ: Goals?
JB: For the first year – to do what’s asked of me, on and off the bike; it’s a different level for me so any results I get will be a bonus. I want to prove that I’m a good team player first of all, then in year two maybe the opportunities will come.

PEZ: Was the GB U23 Academy good preparation?
JB: I think so, when you get into the Academy, its full time and not just about riding the bike, you are taught how to look after yourself. I’m prepared for the pro life and want to reap the benefits of it.

PEZ: Where will you be based?
JB: I’ll continue to be based at Quaratti in Tuscany; I’ve got an apartment there.
The roads are great, so is the weather and Florence airport is only half an hour away. 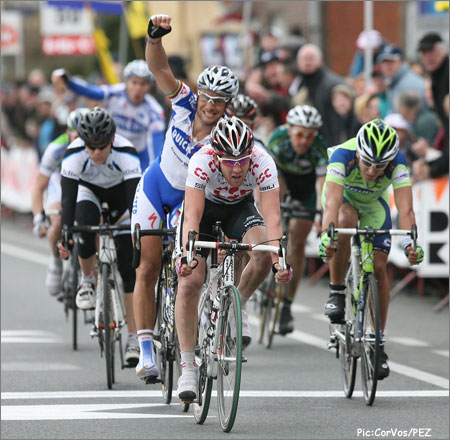 Matt Goss takes the bunch sprint for 3rd at Kuurne-Brussels-Kuurne this Spring.

PEZ: Do you know who you’ll be rooming with yet?
JB: I roomed with Matt Goss on the tour of Britain – he won stage two – he was cool, laid back and easy to get on with.

PEZ: Have you sampled the legendary ‘Riis attention to detail,’ yet?
JB: For sure, at the training camp it was so organised and then again on the Tour of Britain it was just 100%. When I first saw how they operated, I thought to myself; “I want to be a part of this!” 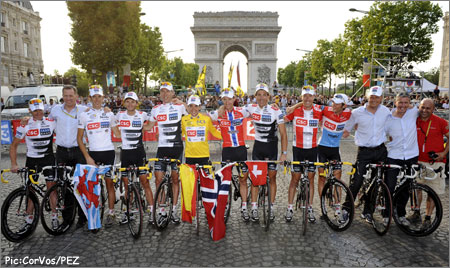 We’ll be on Specialized bikes next year and I’ve no doubt that Bjarne Riis will have been talking to them about what’s required – so we’ll have the best of equipment!

PEZ: When’s the first, ‘march or die,’ camp?
JB: The first survival camp is in Denmark in December; I can’t wait! It’s what every kid dreams of, to be part of a team like this. 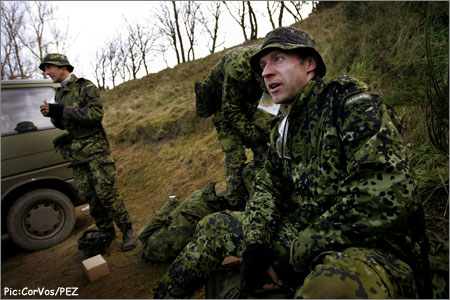 Bellis is looking forward to his first survival camp with CSC in December.

PEZ: Who are you especially looking forward to competing against?
JB: I grew up with Lance as the dominant figure in pro racing, I never dreamed that I’d ever get the opportunity to race against him, so if his comeback goes ahead and I’m in the same races, that’ll be pretty special – to race against a legend. 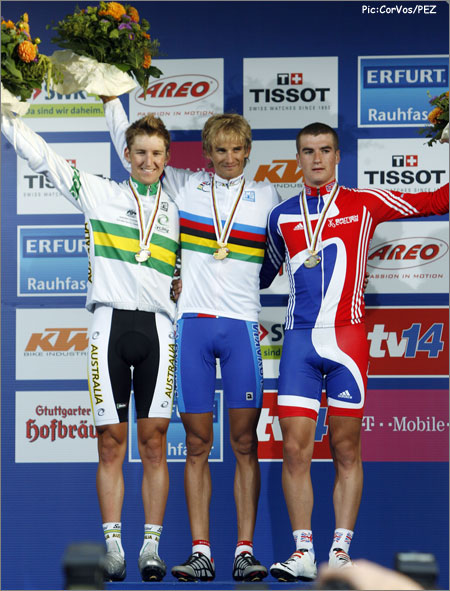 If you could win just one race???

PEZ: Was the Olympic road race a disappointment? (he was dnf)
JB: Yeah, when you’re an athlete riding at that level, you always want to finish and do a good ride. I’m pretty hard on myself and I was very disappointed, but I did what I was asked – to cover the break. The weather affected me a lot, the humidity was terrible, I knew that I wouldn’t last because I felt so bad after each big effort.

PEZ: What are you most looking forward to about pro life?
JB: Everything! Just being in the pro peloton will be dream come true.

PEZ: And if you could win just one race?
JB: The Worlds! Everyone wants to be World champion, I’ve been third as an U23 and it’s a race that suits me, so it has to be the one I think about!