When you meet a star bike rider you kind of know what to expect and you know there is going to be a mix of bravado, self confidence and that star quality, but when you meet a young rider of only 19 who is full of it you know he has something special! Adam Blythe is learning his trade in Belgium and it won’t be long till he makes the headlines.

PEZ: You were on the British Cycling Performance Plan and now you’re not?
Adam Blythe: Basically it wasn’t for me, I could still be on it, I think! The squad is based in Italy and I’m not the best of climbers, so by mutual agreement; I left. Tim Harris sorted me out with a team through an old mate, the team manager Eddy Verhoeven, and I’ve been in Belgium all last year.

PEZ: Were you staying in Tim and Jos’s home?
Adam: Ah! The great Tim and Jos! Yea at first with them, but they are busy people so I went to the other house with all the other cyclists. 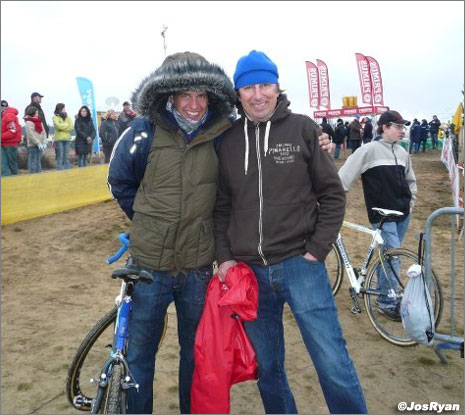 PEZ: What’s it like at Tim and Jos’s cyclists house, do you cook?
Adam: Yes I look after myself; it’s a good mix of different people all the time. Some are there for the whole season and others just for a couple of weeks.

PEZ: I was just thinking, Tim Harris won the GB National Champs before you were born?
Adam: It was ’89? That was the year I was born! He was a good rider and is a great bloke, he knows about everything, he’s raced everywhere, and he rode the Worlds here in Benidorm, didn’t he? He speaks so many languages too. 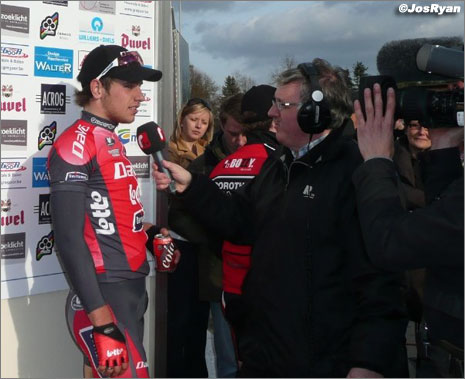 Adam interviewed after a recent podium finish for his new Davo squad.

PEZ: Tim’s taken you under his wing a bit, does he coach you as well?
Adam: Yea, he has made me his project! No he doesn’t coach me, I tell him what I’m doing and he asks “are you sure that’s right?” He just helps me a lot.

PEZ: How do you finance your racing and living expenses?
Adam: I used to get funding from the Dave Rayner fund and I get some help from Cycling Time Trials, (CTT) in the UK, it used to be the old RTTC and Phil Griffiths of Yellow who always provided me with a bike until this year, but no wage from the team, but they supply everything else though.

PEZ: With your team last year what events were you riding?
Adam: Top competition, the biggest races you can do for the under 23’s, single day races and a couple of stage races in France and Belgium. 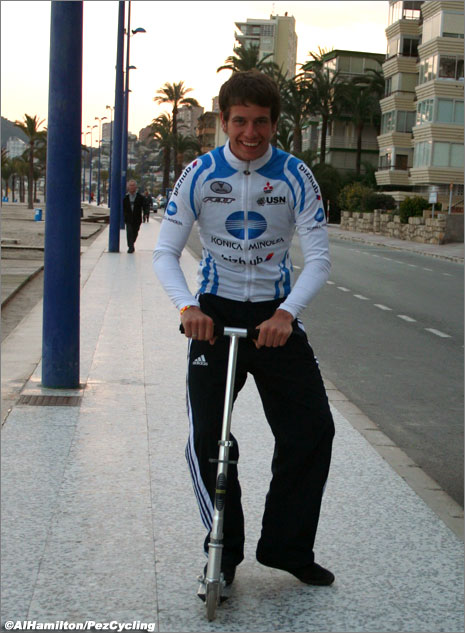 PEZ: So you don’t like hills or the rain?
Adam: it’s OK when you are racing, but not for training! There is nothing worse than getting wet on a bike!

PEZ: So if the World Championships were on a flat course would you get a ride for the National team?
Adam: Well, the under 23 Worlds is in Belgium this year, so if I can get in the results then I hope to get a ride. My name is still on the selection even though I’m not on the British Cycling Plan; I’m still on their list for the drug controls.

PEZ: What about the new team (Davo-Lotto-Davitamon)?
Adam: Yea, really good, we’re doing a lot of training here in Spain and we have a great programme for the season with 9 or 10 stage races. It’s the development team for the Silence-Lotto squad, the manager is Kurt Van de Wouwer, and he rode the Tour and all that. 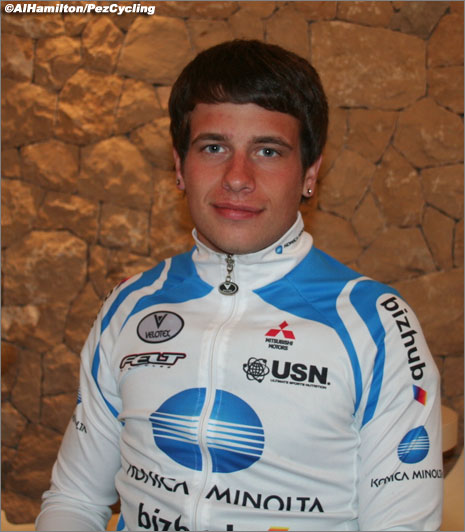 PEZ: He used to train in this part of Spain, he should know the roads?
Adam: mmmm! He said that, but obviously not as we got lost yesterday, we were to do 6 hours, but we ended up doing 8! Bit of a nightmare.

PEZ: So you like training in Spain then?
Adam: Yea, I don’t mind training up hills, its just racing up them full on.

PEZ: What is your career plan?
Adam: Well I hope win a bit this year so I can move up to the next level, I’m still only 19, but the plan is to get on a good Pro team, hopefully in Belgium.

PEZ: So what do you get up too when you are not racing or training?
Adam: Eating Parma ham with Tim and drinking coffee with Tim. My girlfriend (Lizzie Armitstead) is coming over this year, so that will be better and we will able to chill out. She races too and will be here for the whole season. I ride for the Lotto development team and she rides for the woman’s team. When we go training together she gives me a hard time! 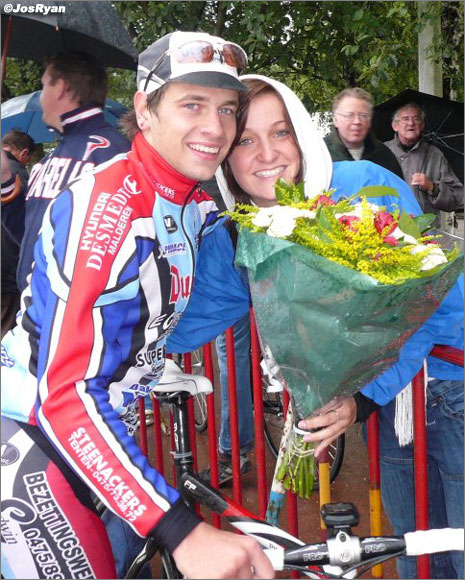 PEZ: You must like living, training and racing in Belgium, what are the best reasons?
Adam: It’s great, I train a lot with Matt Brammeier (AN Post) and there is a big group that goes out from near where I live. The racing is the best, I suppose, the life style is great for a cyclist and you can race practically 3 times a week all season.

PEZ: What have been your favourite races?
Adam: I can’t remember! The guy’s in the team ask “what did you think of this race or that race?” I have to ask my mate if I rode it. You should know the courses, no? Where the hills and the cobbles are, last year we rode the course of the Tour of Flanders, the last 100 K’s, so we knew it. Like Paris-Roubaix, you need to know the cobbles; I was 6th in the junior Paris-Roubaix.

PEZ: At British Cycling it was very much track orientated.
Adam: Yea I rode a lot of track, the Madison etc. but then I came to Belgium, and I can always go back to it. 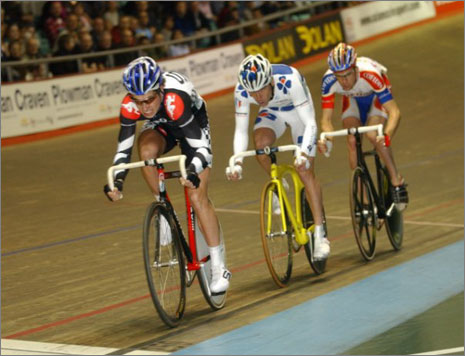 PEZ: What do you think about the proposed British Cycling/SKY Pro Team?
Adam: It sounds good and it could be something for me, with Roger Legeay and Scott Sunderland on board it’s serious. We will see for next year.

PEZ: What would you say was your best result, ever?
Adam: Oh! Well there is your best result and also your best performance! I did well in the Axel Junior Tour, I took every jersey but one. The Euro Road Champs, I was 5th in that and I won the junior Kuurne-Brussel-Kuurne, probably that. I’d like to win the Pro K-B-K one day! My team rides against the Pro’s sometimes.

PEZ: So your team is a Continental team?
Adam: No, no team at this level are in Belgium. There is no point as you cant ride the Kermesses and it limits the races you can go too, you need invites. It’s better for Under 23’s to be more like a club team. 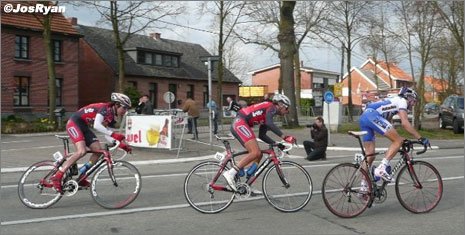 PEZ: Can you compare yourself to Mark Cavendish?
Adam: If I could do what he has done I’d be pleased! He has got to where I want to be. We have come up in different ways, he was through the Cycle Academy, and I’m doing it more the old fashioned way through Belgium. I can sprint and ride hard on the flat.

***
Well, there you go! You can’t beat a bit of self confidence and young Adam has it by the bucket full. Good luck Adam and thanks to Jos Ryan and Martin Clark for hunting down Adam in Spain and John Anderson for buying the coffees.