Rider Interview: Ed Hood is always keeping an eye open for the new young riders that are on the way up in the sport, but now teams contact Ed with their ‘Young Guns’. The latest is Dillon Corkery from Ireland who is presently riding for the famous CC Étupes team in eastern France. Ed had a word. 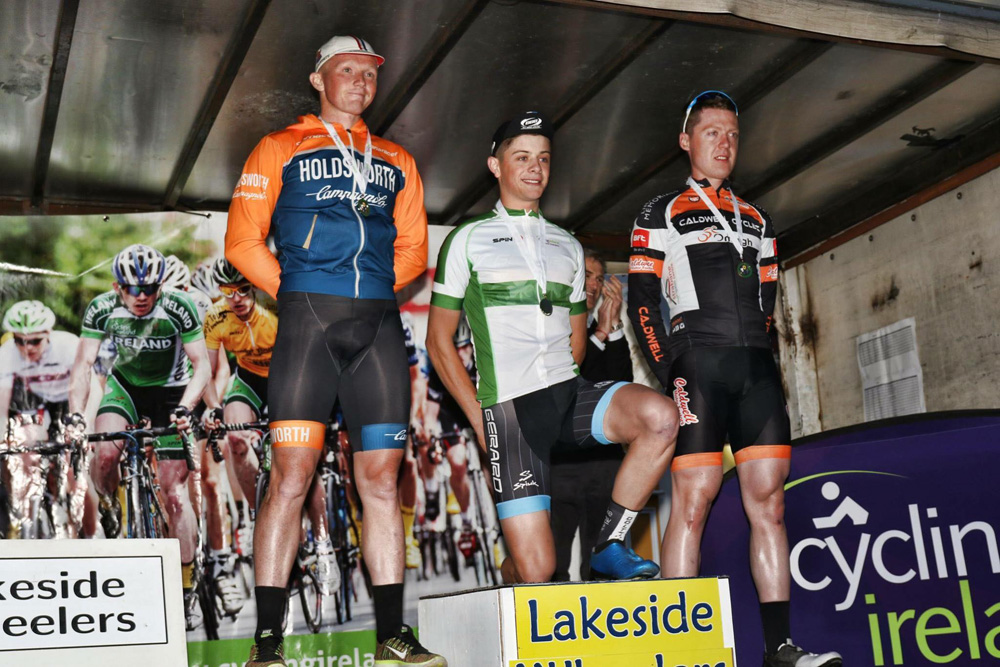 I used to do a lot of them but it’s been a while since I actually did one; I’m referring to interviews with young men who head across the English Channel and in this case, also the Irish Sea, in order to find fame and fortune on the continent. But when CC Etupes Christophe Andre gets in touch from la Belle France to tell me that he has a young man from the Emerald Isle on the team books who he thinks I should be speaking to, I pay attention. 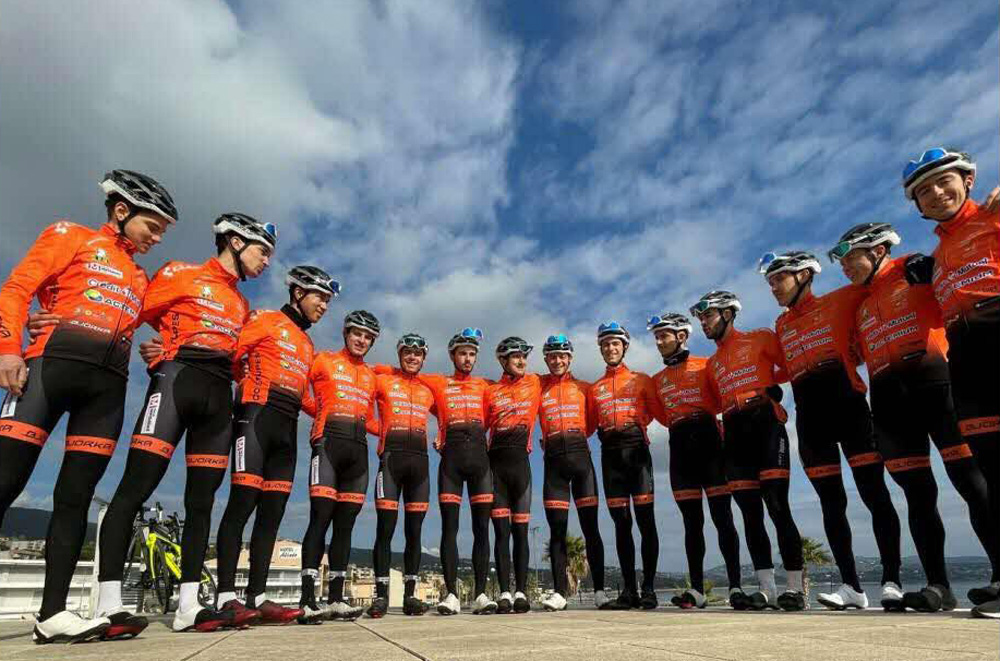 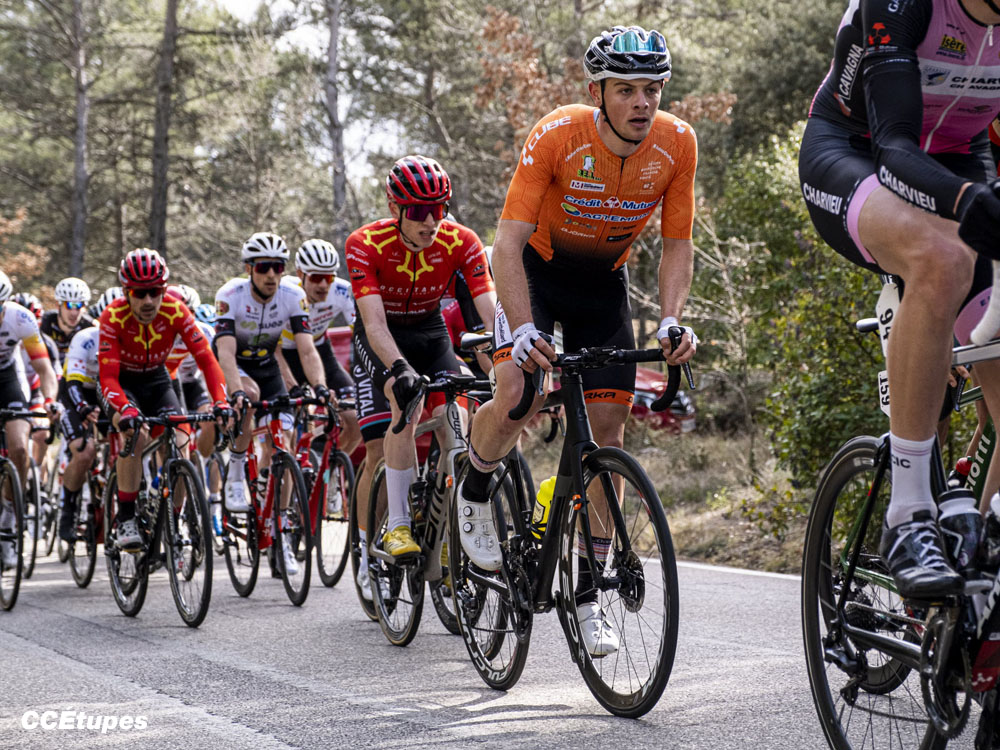 Christophe is a man to listen to then; Dillon Corkery is the young Irish gentleman in question. . .

PEZ: How did you start off in the sport, Dillon?
Dillon Corkery: When I was young my parents threw me into all sorts of sports, including the trampoline, I was national champion for my age group a couple of times but put my hip out of place and doctor said cycling would be a good exercise for me. I joined the Kanturk club – the same one as Eddie Dunbar of INEOS rode for – and rode the national criterium, road and time trial championships for my age group, winning them all. That was the start. 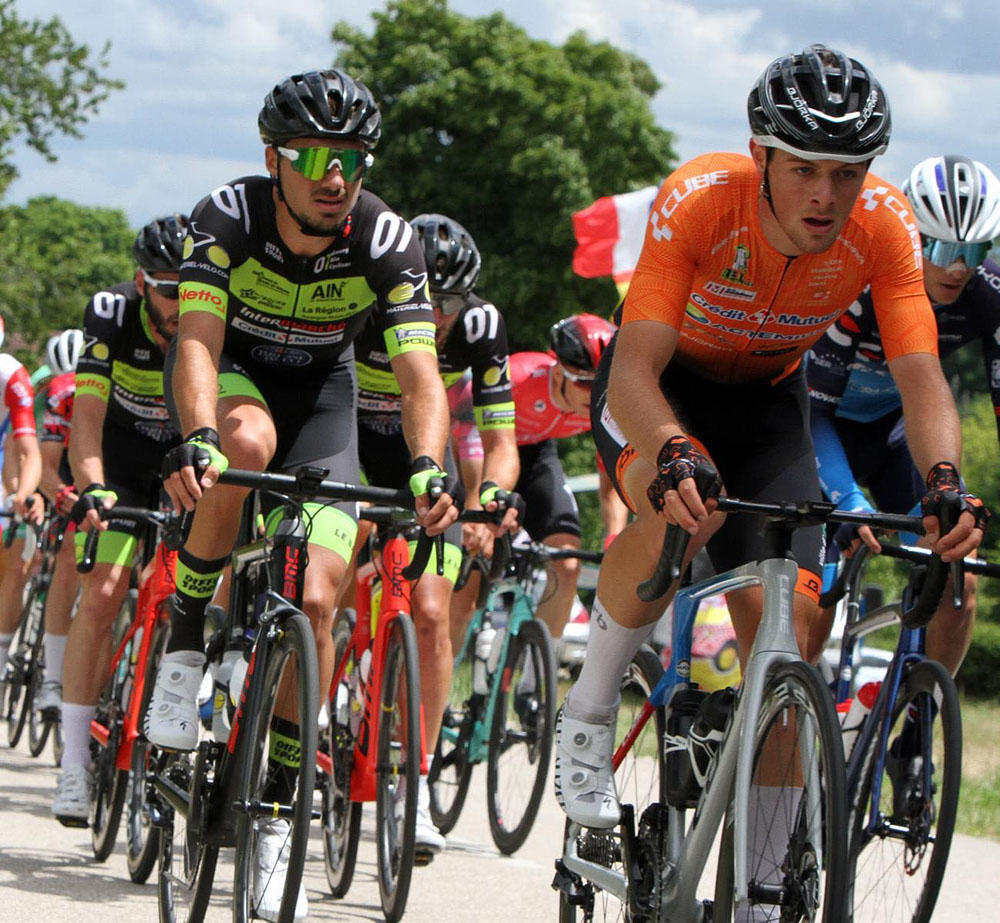 PEZ: How would you describe yourself as a rider?
I can’t describe myself as a climber, I can’t get over the big mountains but I can get over the hills, I have a decent kick and am not bad in a time trial. 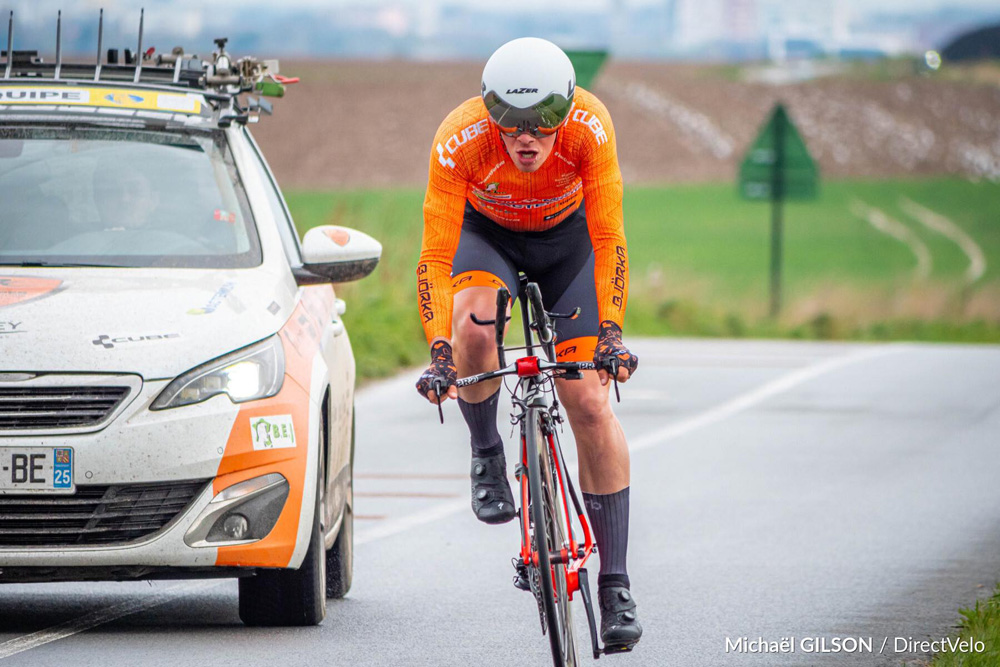 PEZ: Why France, why CC Étupes?
I came to France two years ago with Velo Club de Toucy but then Covid came along. In 2021 I rode stagiaire with Evo Pro after the Tour de l’Avenir but wasn’t at that level; when it was down to 50/60 guys left, I’d be swinging on the back and look up the line where the likes of Alaphilippe and Van Der Poel would just be cruising. I wasn’t ready. I asked Melvin Rulliere, who I knew from VC de Toucy but who’s now with CC Étupes if there was a space for me and he welcomed me aboard. 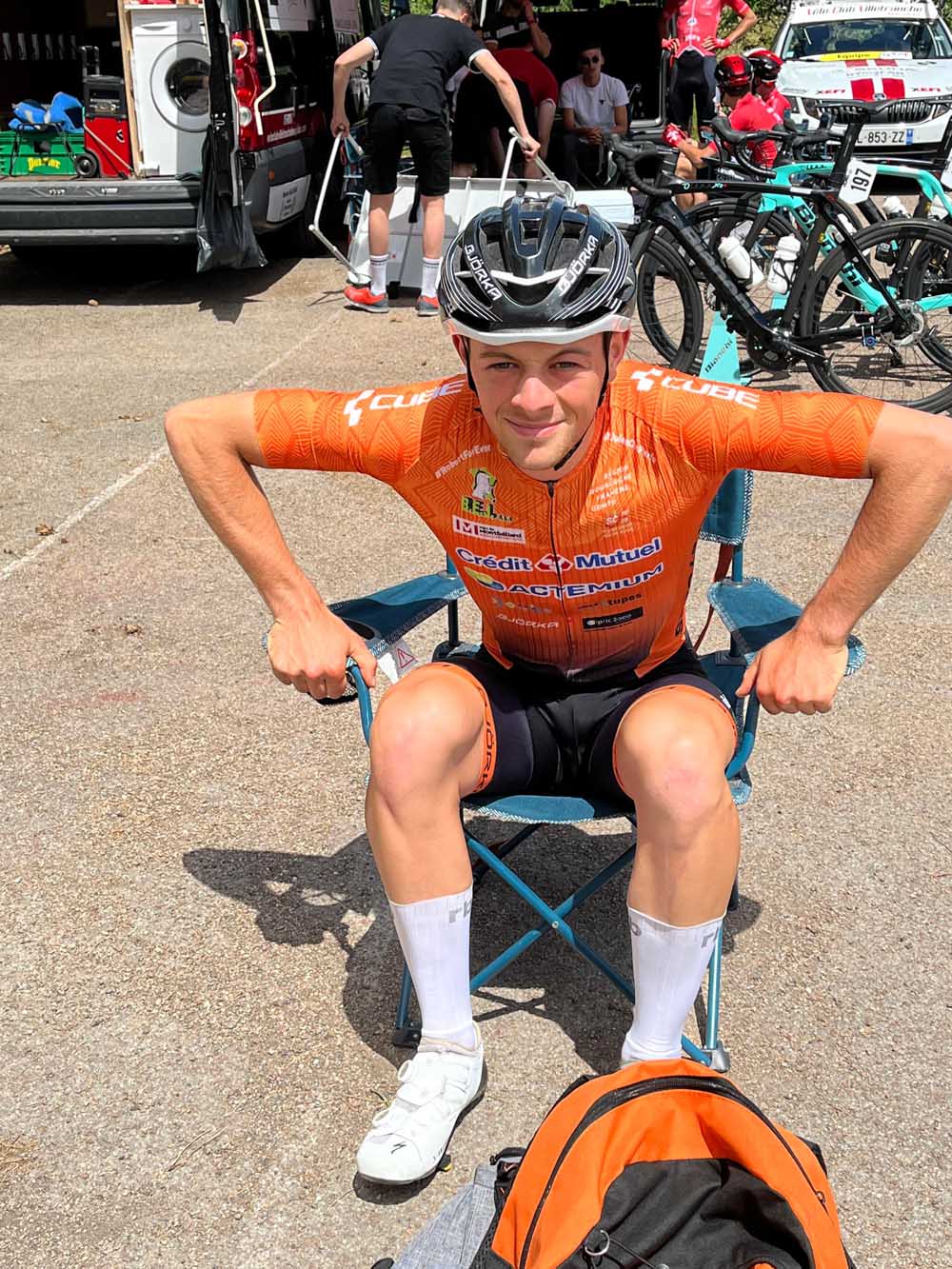 PEZ: How’s the lingo coming along?
I’m going to take classes over the winter when I go home, I’d like to be able to converse with people about normal stuff, not just cycling.

PEZ: What’s the level of support like at CC Étupes?
I have an apartment here in Montpelier, where the roads are great for training, there’s a club secretary, mechanic, I get my bike – I just received a new time trial bike – and there’s a couple who look after us, providing meals. It’s a great set up – I’ll be going home for the Nationals Champs and asked if I could take spare wheels with me; ‘no problem.’ 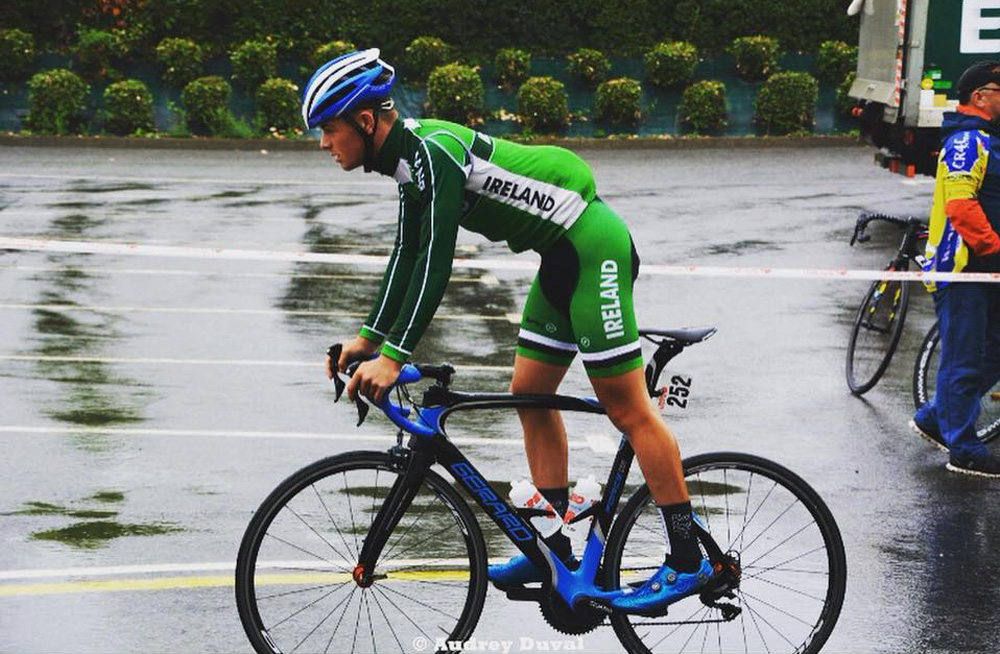 PEZ: You’ve had your health issues to contend with though?
I sustained an injury three years ago, I crashed my mountain bike and damaged ligaments, I was off the bike then when I came back I changed my bike and my shoes which meant more issues. Then there was my cramp problem, I thought it was just due to the usual fatigue and/or dehydration; some days I’d get away with it but it would affect me in most races. It came to a head in the u23 Worlds last year where I cramped with 20 K to go whilst in a good position. Cycling Ireland and Melvin were a big help, we did tests and it turns out I’m lactose intolerant – since I cut out dairy I haven’t had any problems with cramp.

PEZ: You’ve had some nice results lately.
The form is coming since I changed my diet; I had two third places and was second on GC in the Tour de la Manche; a sixth and an eighth on stages of the Tour d’Eure et Loir and I was fifth in Paris-Troyes. I was disappointed because really I should have won the Tour de la Manche. 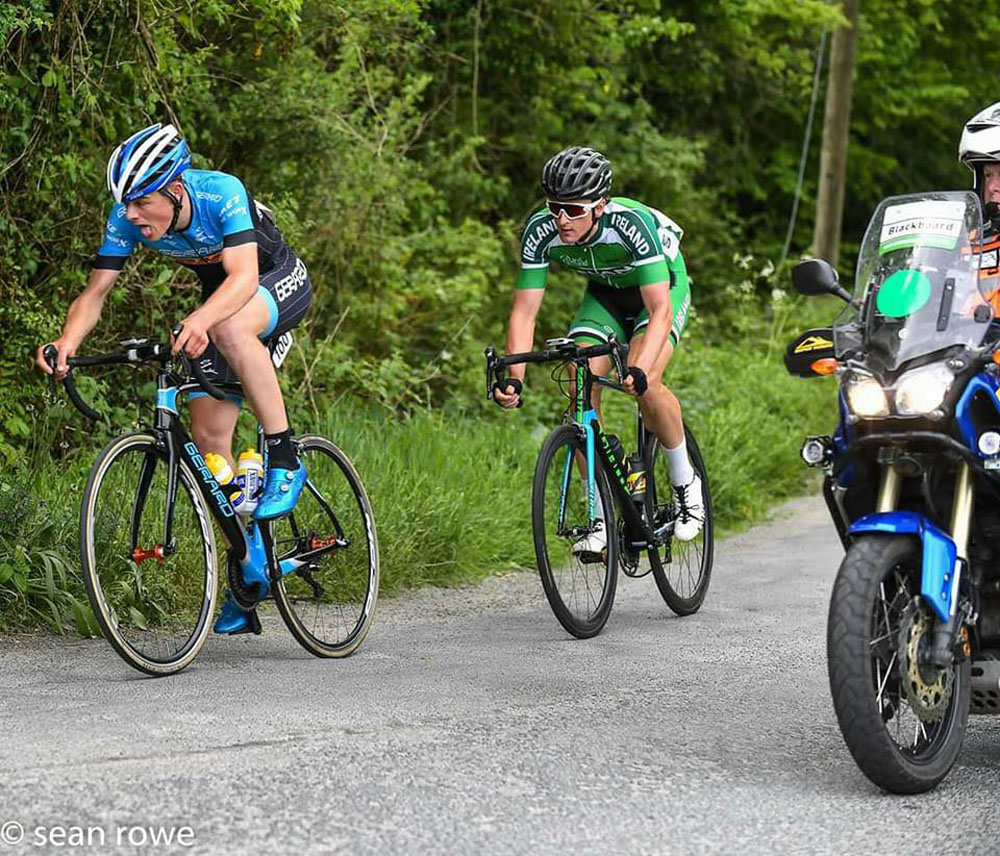 PEZ: You rode the u23 Worlds in Flanders last year – that must have been an experience?
If there was ever a Worlds to ride then it was that one! It was disappointing because I’d had a decent ride in the Europeans and was in the lead group at the Worlds – but then I cramped. It was my kind of finish, I can’t win huge bunch finishes but I’m good in a sprint from a reduced group.

PEZ: And you rode the Tour de l’Avenir, another great race.
That was class, I was riding for Cycling Ireland. My stage placings might not reflect it but I had some good stages there where I was riding in support of Ben Healy, I learned some good race craft in that one. 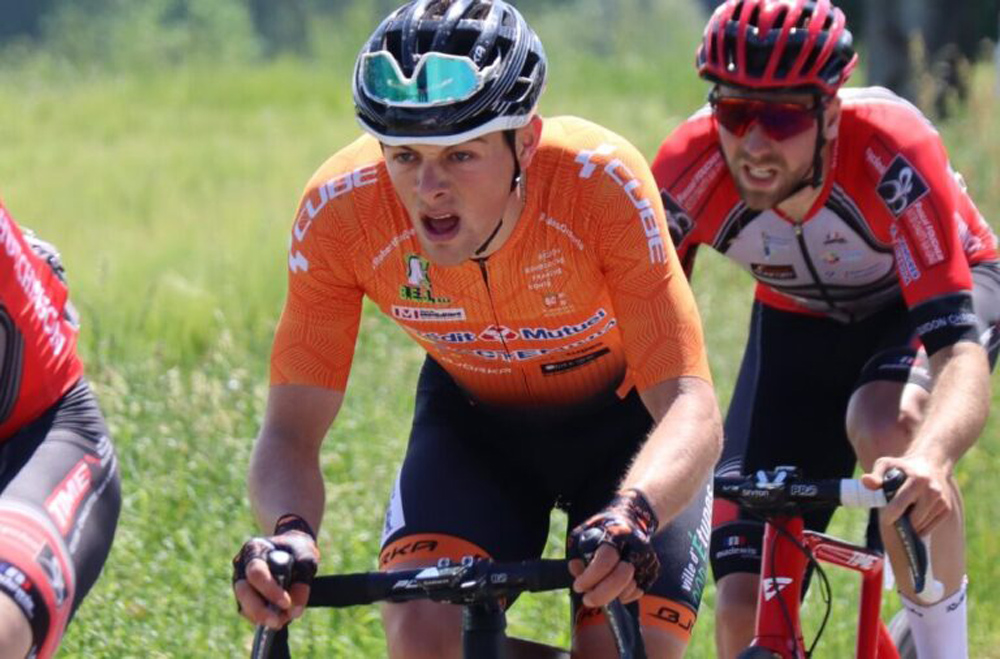 PEZ: As a former Irish Criterium Champion I thought Belgium with the kermis scene may have appealed to you?
I spent time there but I really think the level in France is high and it’s where you can get noticed and progress, look at Lewis Askey and Jake Stewart on FDJ with Sam Watson coming up behind them – then there’s Connor Swift at Arkea. 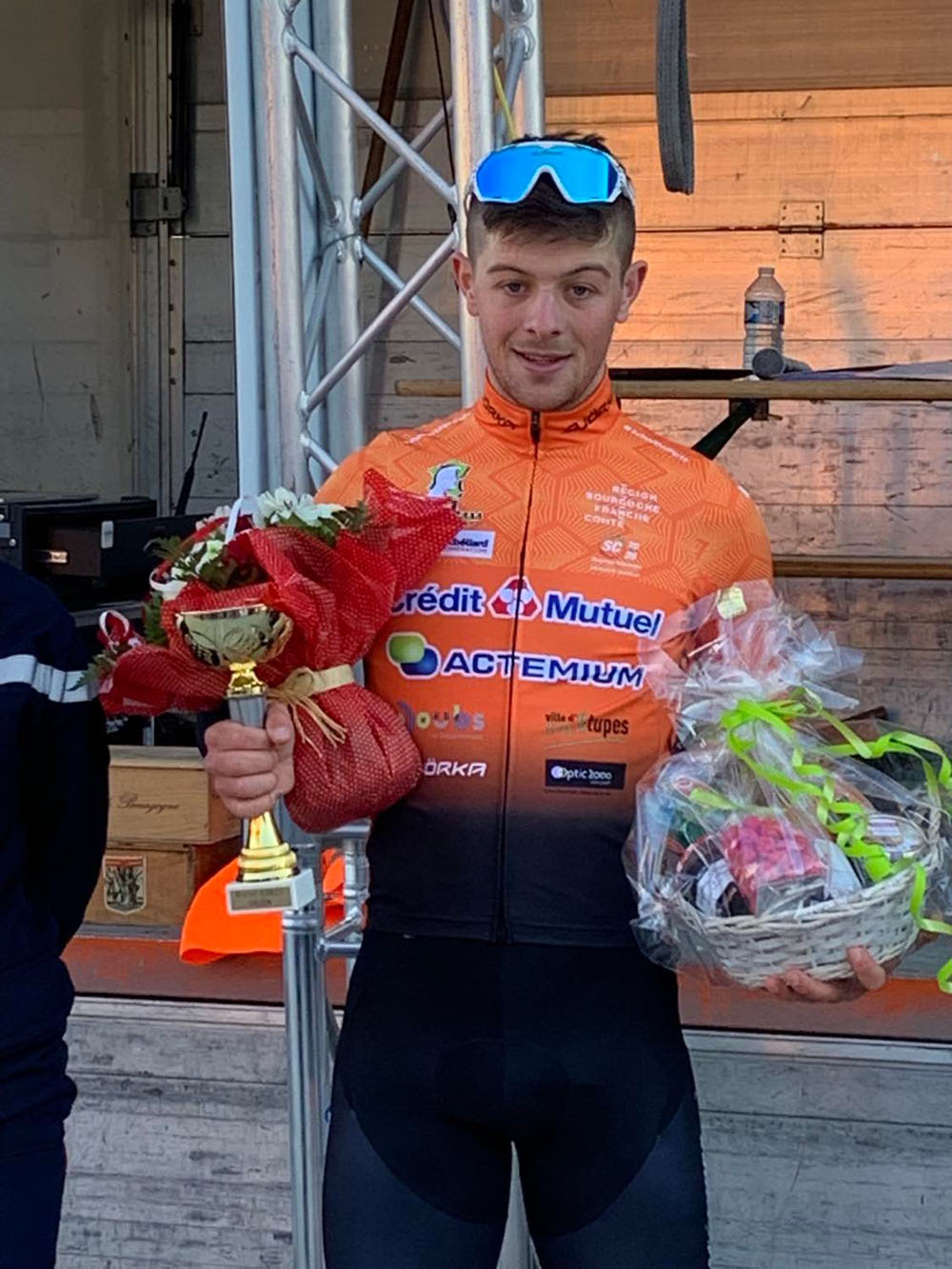 PEZ: Who coaches you?
I’m coached by Cycling Ireland, I’m working towards the Para Worlds on the tandem with them, piloting Damian Vereker. We rode the European Championships where we finished fifth in the time trial, just 23 seconds off a medal. Unfortunately we crashed in the road race but I’m looking forward to the Worlds. 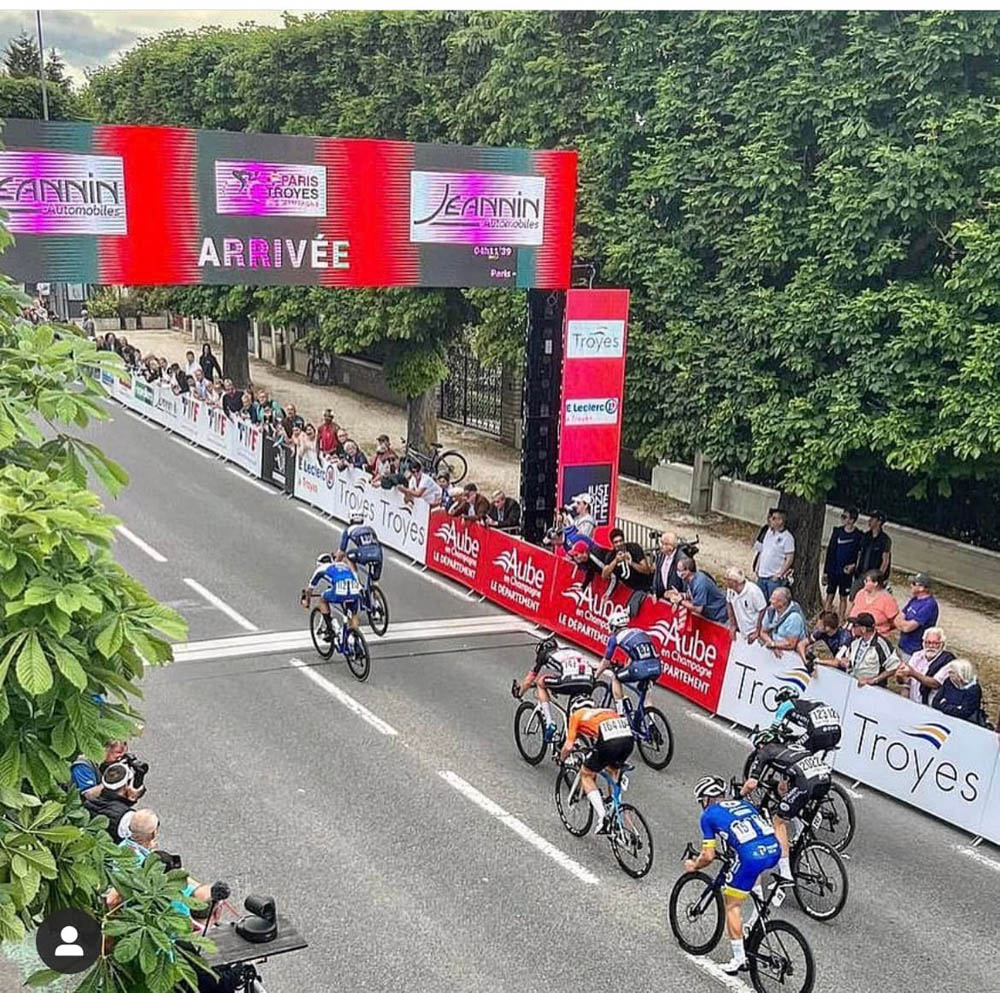 PEZ: How’s the French race programme looking?
We have one our biggest races of the year coming up – the Tour du Pays Montbeliard, it’s a UCi 2.2 and the field is strong – Tudor Pro Cycling, the EF Development squad, Elkov Kasper, Bahrain Academy. . . I’d like to do well in that one. [Dylan was 16th on Stage One then fourth on Stages Two and Three to finish ninth overall, ed.]

PEZ: And if you could win just one race?
The Irish Nationals are on home ground for me, at Kanturk, I’m going to try for the win there. In France, I’m still disappointed that I didn’t make the podium in Paris-Troyes. 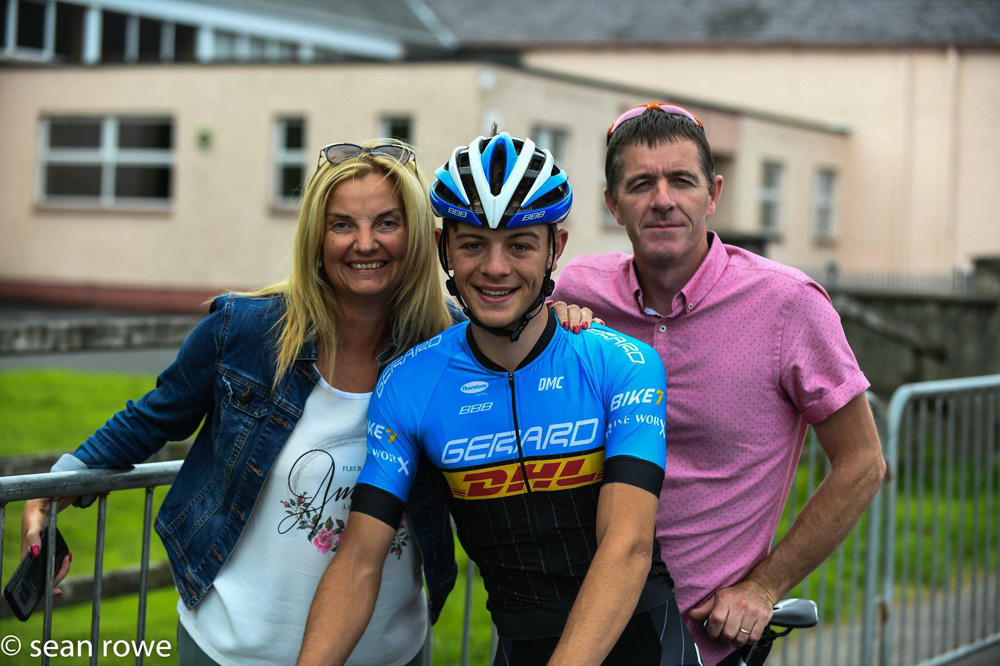 # Always a joy to talk to enthusiastic young men who are, ‘just doing it!’ Thanks to all the photographers. #