Rider Interview: The World Tour is a glamorous gig; until the team decides they no longer need you and with perfect timing break the news just two days before The Worlds. That was the fate which befell 22 years-old Englishman, James Shaw. Ed Hood caught up with the ‘young gun’ to hear all about it. 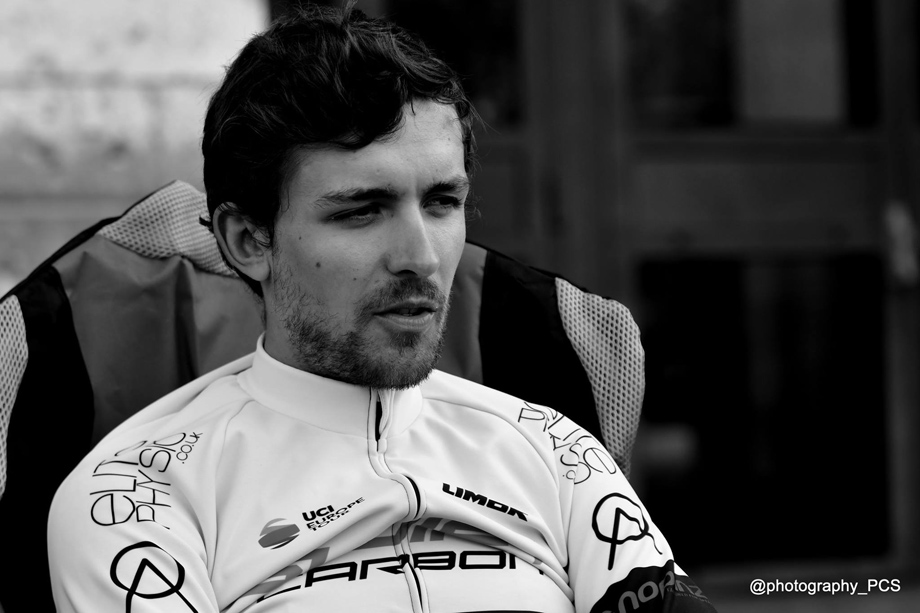 Shaw was a junior prodigy, winning the junior versions of Het Nieuwsblad and Kuurne-Brussels-Kuurne. He was snapped up by the Lotto U23 team for season 2015, with solid results in races like Liege-Bastogne-Liege where he was fifth and third in the Ardense Pijl netting him a place with the World Tour squad for seasons 2017 and 2018. Despite no indication that management was unhappy with the way he was doing his job, he was out at the end of last season. Generally a professional should/will know his team destination for the following season by the end of the Tour de France – where many a deal is sealed. The timing of Lotto’s decision was bad for two reasons – most pro continental and World Tour teams rosters are closed by the time The Worlds come around – and for a man about to joust with the best U23 riders in the world, it was hardly a morale boost. But Shaw scored an excellent top 10 spot in The Worlds and is now with GB continental team, SwiftCarbon Pro Cycling. 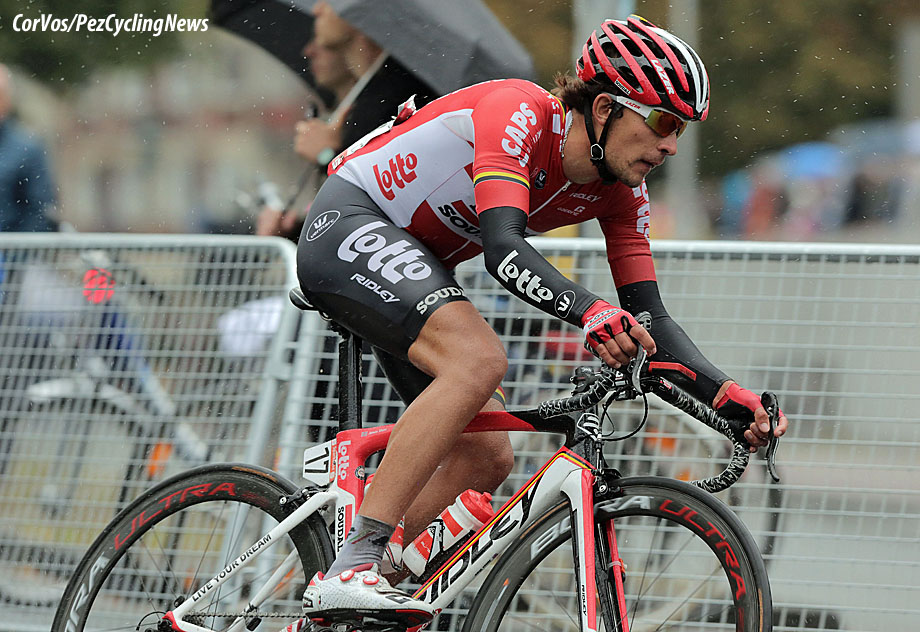 We spotted his name recently in the hard fought, long established French stage race – this was edition 60 – the Tour du Loir et Cher, memorial Edmond Provost where he took a third and fifth stage placings; was second in the king of the mountains and just missed the GC podium with fourth overall, one second down on third spot in a race won by perennial Czech war horse, Jan Barta (Elkov-Author). 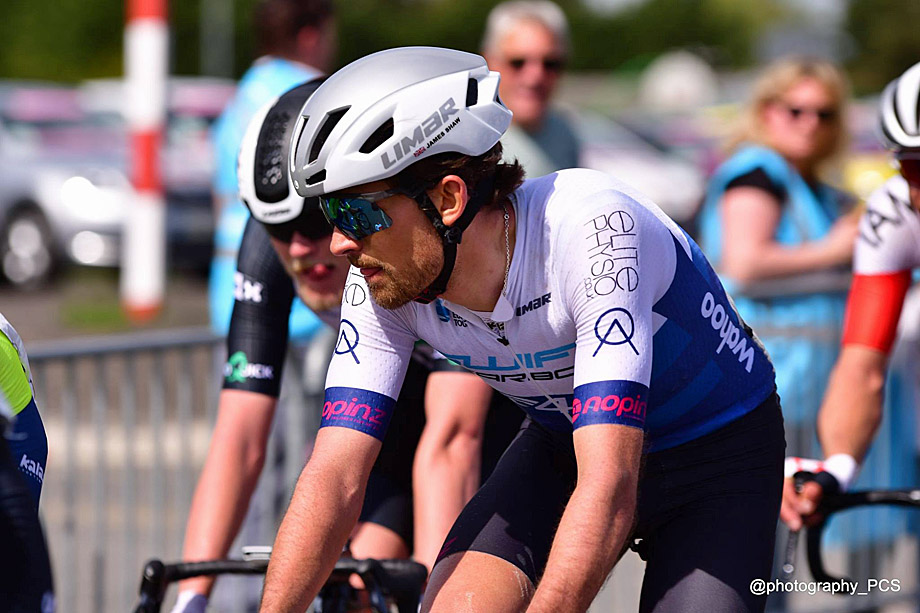 Racing in France with SwiftCarbon

PEZ: You certainly hit the ground running in Loir et Cher, James.
James Shaw: Yes, we had a good week. We were in Belgium prior to that but I had a rough time in Le Samyn, where I crashed then chased and was on the back foot all day. Then we were meant to ride the Jempi Monsere Memorial but it was cancelled because of high winds. Loir et Cher was my first serious work out and I was pleased how it went. 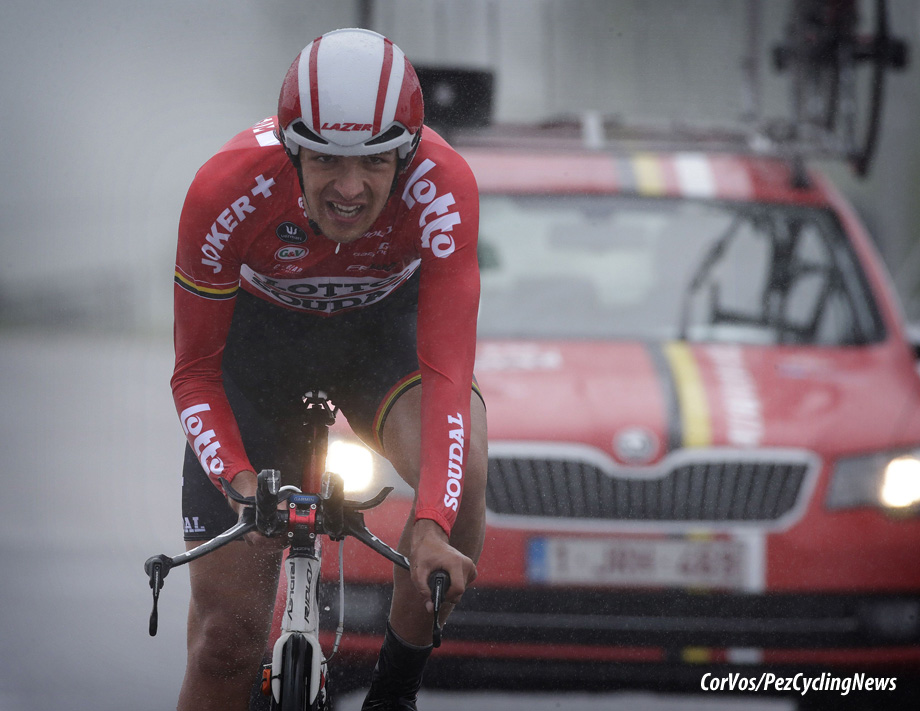 PEZ: I was checking your last stage race prior to France – the Tour of Britain 2018 with WorldTour teams there, how does the French race compare?
There’s not a massive difference, obviously there’s a budget difference, the hotels are a bit better in Britain but we were still very well looked after even if the crowds are a bit smaller. Racing at that level in France is massive and whilst it’s ‘only’ a 2.2 you have a good field there – guys who have ridden for World Tour teams and with everyone desperate for UCi points for themselves and their teams. It’s a tough race, it’s not like they’re swanning around – it’s hard racing. I rode Loir et Cher with the Lotto U23 team in 2015 and it was a pleasure to go back. In some ways it’s more enjoyable than riding a WorldTour race, there’s less pressure and there’s an atmosphere at French race of this level which is unique to them. 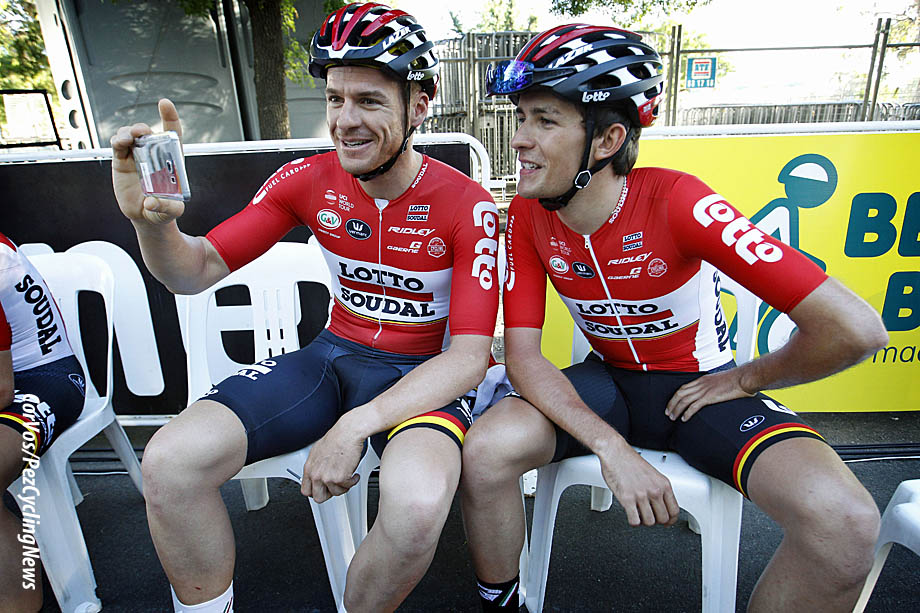 Not all bad in the WorldTour – With Adam Hansen

PEZ: Lotto – no notice, just ‘ciao’ two days before The Worlds in Austria?
I’d been looking for confirmation on what was happening for 2019 but nothing had been forthcoming – and then two days before The Worlds; ‘due to a change in UCi regulations. . .’ And that was me out – even if they’d waited until after the Worlds, their timing was terrible. Despite that I took 10th in The Worlds which I think was an adequate ride, I was pleased with the result – and when I look back, that race was absolutely brutal. 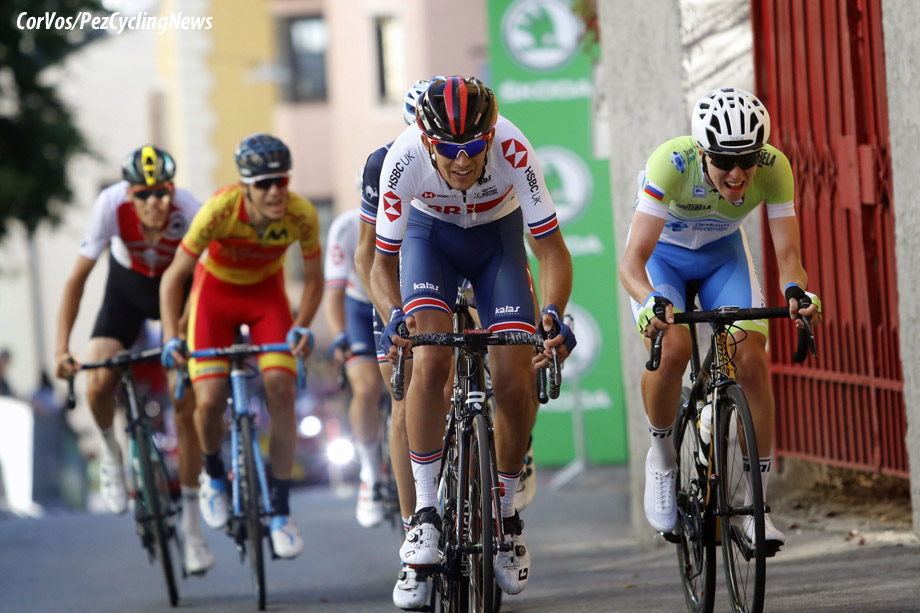 PEZ: The team had a bit of a clear out, didn’t they – with Greipel and Sieberg emptied out too?
There was a big change in the roster, yes – I suppose all good things must come to an end. They’ve had their successes this season I guess, with Victor Campenaerts’ Hour Record the biggest one. 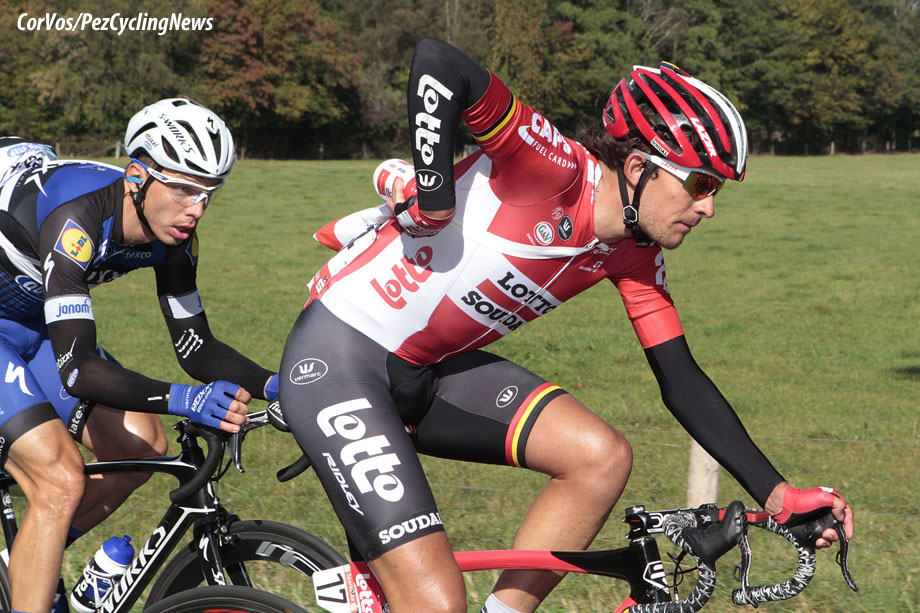 PEZ: Was your time on the WorldTour how you thought it would be?
I loved my time on the Lotto U23 team, I bumped into my old DS from there in France and we chatted away for ages. On the World Tour I got stuck in and was certainly finding my feet; that was what was so disheartening, no one indicated to me that they were unhappy with how I was performing – I was just ‘out’. 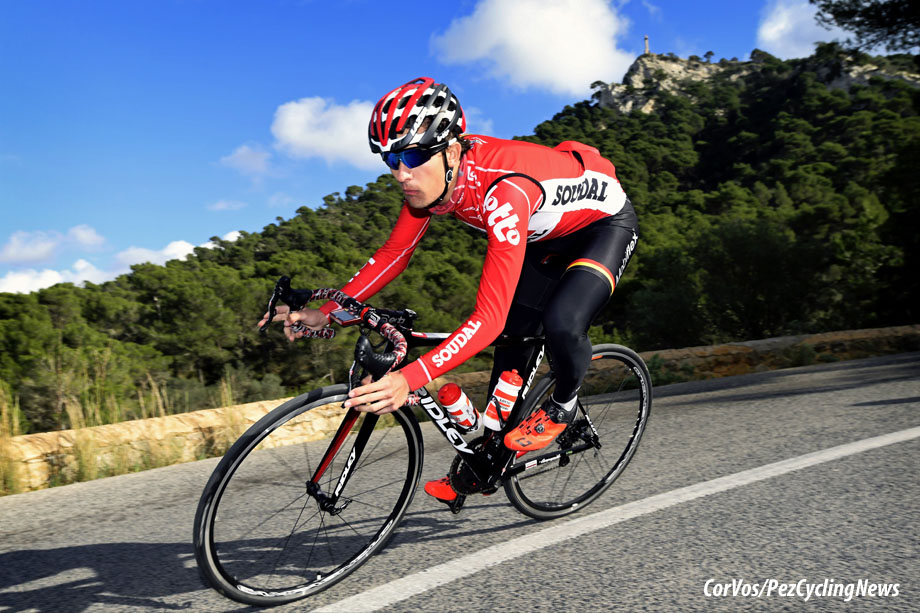 Training with Lotto Soudal in 2016

PEZ: The winter must have been tough, training but with no team sorted for the season?
The winter was a bit of a faff but I got through it and just about managed to keep my head screwed on. My friends and family stood by me and persuaded me to keep on going. And here I am on the brink of a ride in the Tour of Yorkshire with our team – some folks are sceptical about a first year continental team riding a race at that level but we gave good account of ourselves in France and I think we can do the same in Yorkshire. 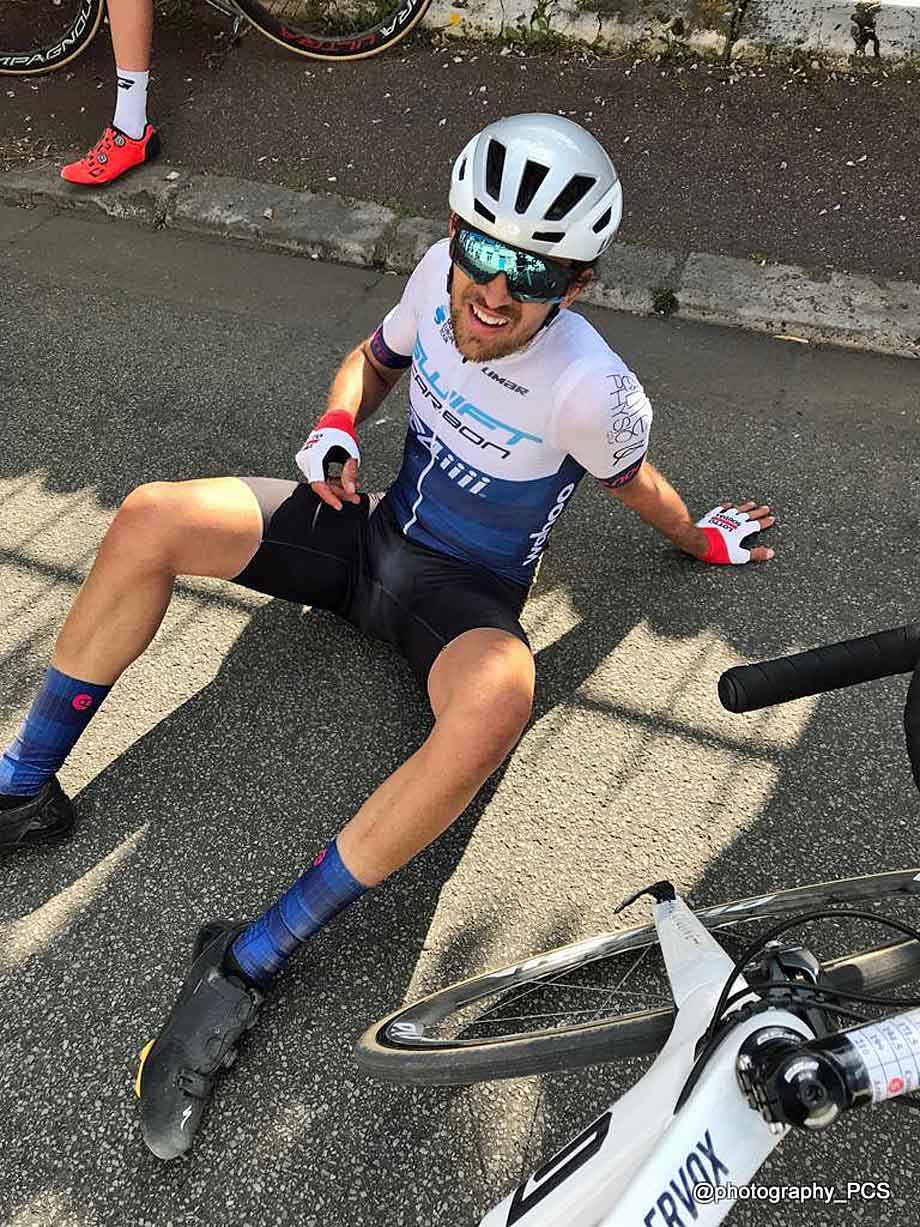 PEZ: How did the Swift ride come about?
The offer was made in December but at that stage I was still convinced a pro continental contract would emerge. But it got to a point in mid-February where the team needed a ‘yes’ or a ‘no’ – with bikes and clothing to organise for the season. And I was at a stage where I had to commit to something, it’s ‘only’ at continental level but I was willing to gamble. The team is well kitted out, nice bikes, team cars, truck and Darrell (Varley), the world’s most meticulous mechanic! 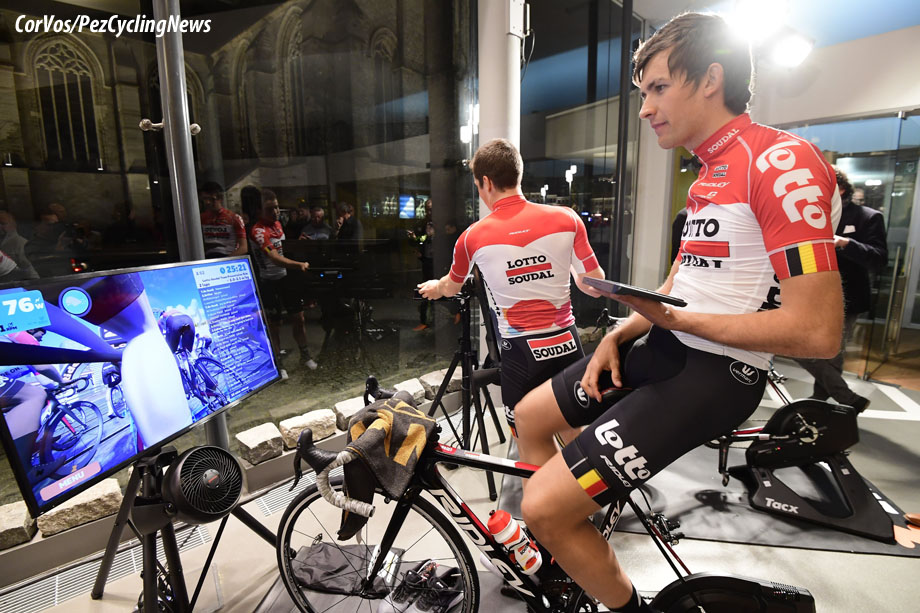 On the home trainer

PEZ: You’re UK based now, won’t you miss your life in The Heartland?
A change of scenery is always good, training on new roads; and I’m still in touch with the family I lived with in Belgium – that will never change. 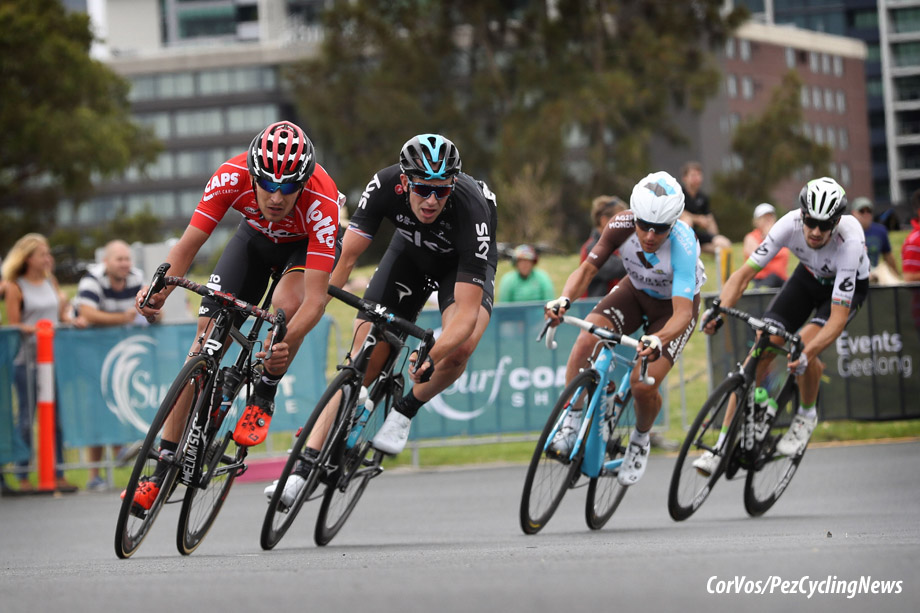 PEZ: What’s the programme now?
We have Yorkshire in a fortnight, a race in Poland then the focus will be on the British Premier Calendar road races and the Tour Series town centre criteriums, they’re important because of the TV coverage and because they’re qualifying races for the Tour of Britain. Crits aren’t particularly my speciality, but I’m looking forward to getting my foot in the door in them. We’re also 99% sure of riding other continental races, but I wouldn’t want to say until we have formal acceptance. 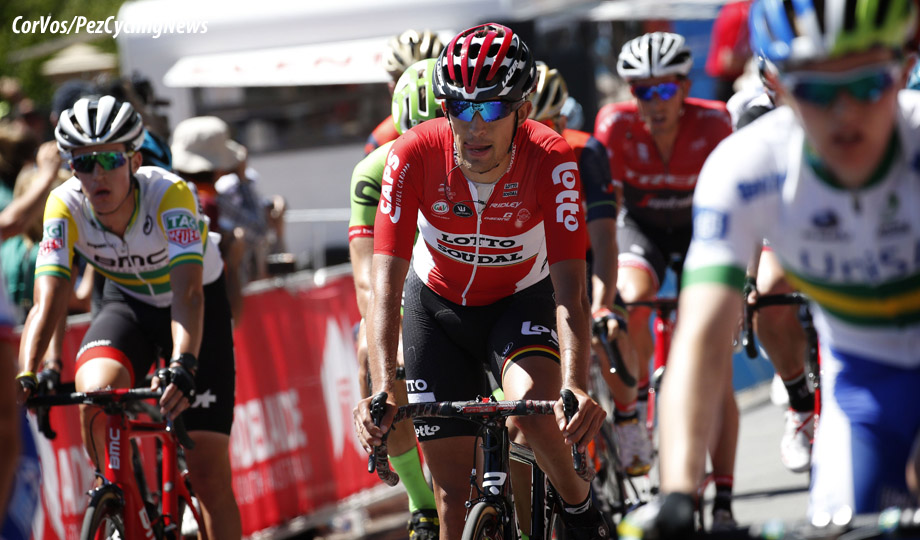 Santos Tour Down Under 2017

PEZ: Season 2019 will be a success for James Shaw, if?
If I find myself in the sport again, albeit at a different level. The World Tour is cool, no doubt but there’s a lot of pressure to perform – I want to enjoy my racing this year. That said, I want to win! 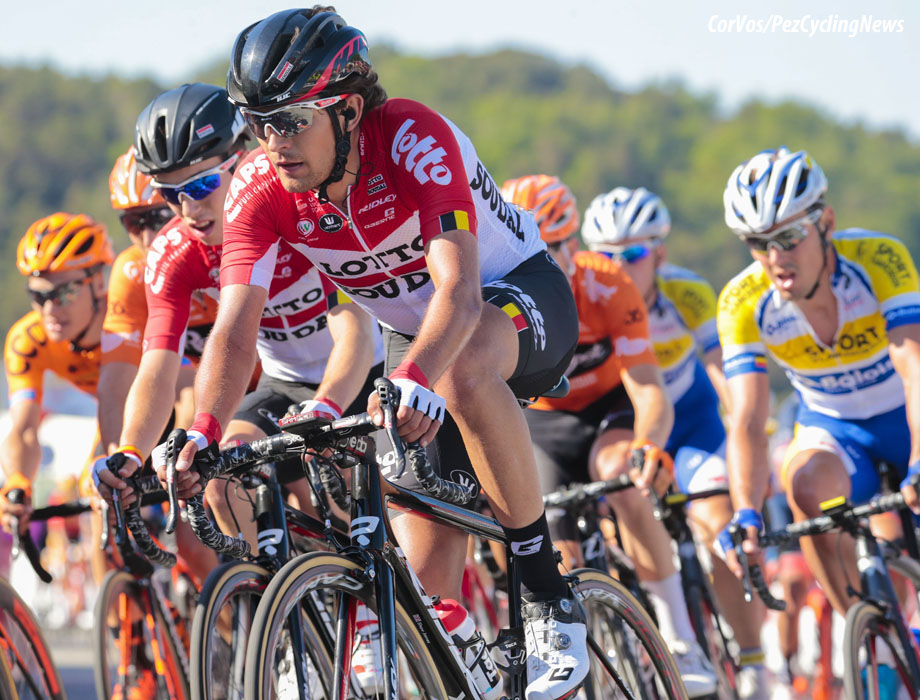 # Judging by his Loir et Cher performance it shouldn’t be too long before James get his arms in the air – we’ll be keeping an eye out . . . # 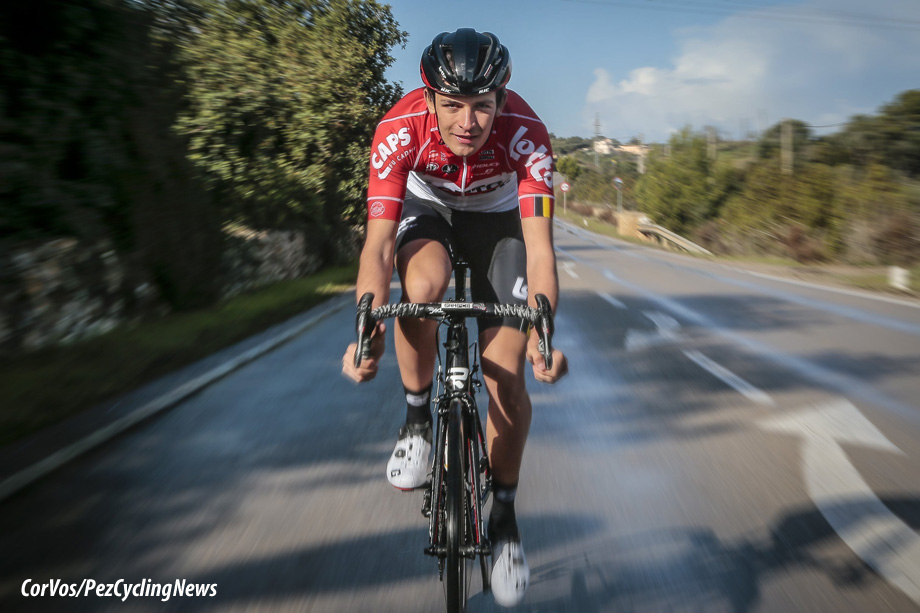 James was helped by the Dave Rayner Fund in his early years. You can find more info on the SwiftCarbon Pro Cycling HERE. 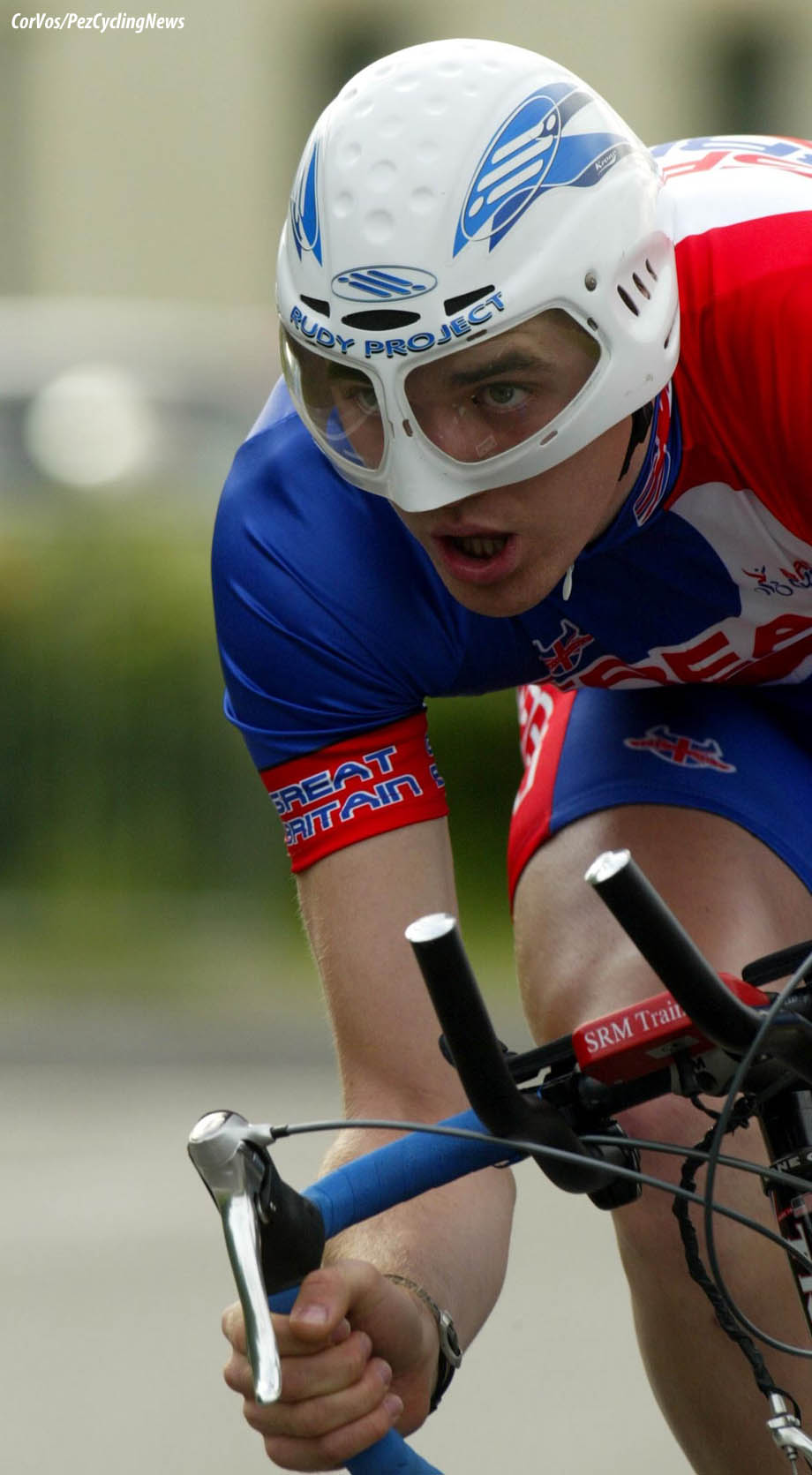