Interview: After Ed Hood received his latest rant from Viktor, it seemed a good idea to have a word with the mentioned Mr. Hambini. Famous for his YouTube videos where he says what he thinks and shows the flaws in many bike items. 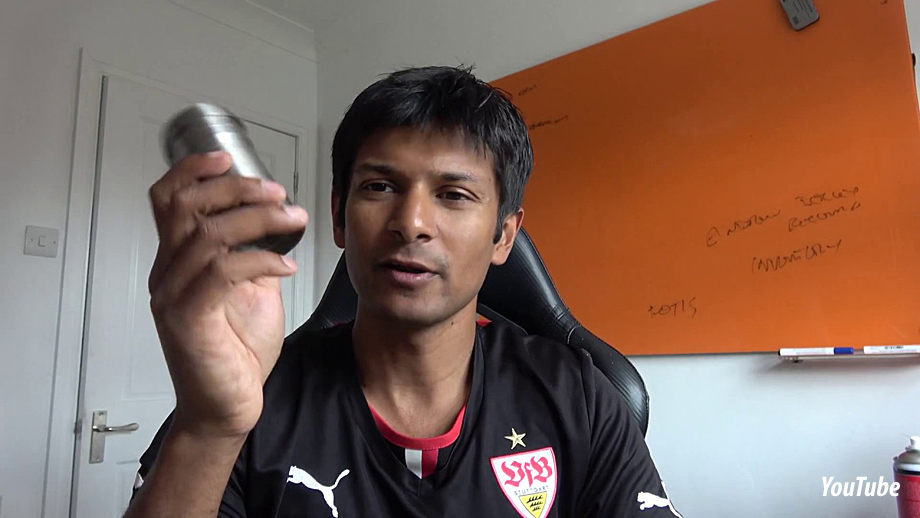 If you read the recent, ‘Vik Rant’ we ran the other day, you’ll be aware that the ‘PEZ answer to Nostradamus’ is a disciple of a certain Mr. Hambini, purveyor of bottom brackets and also YouTube Videos about the quality of bicycle frames and componentry. His videos pull no punches and have not endeared him to certain sections of the frame and equipment community. The reply he gives is that he’s just telling the truth. . .

I thought it would be interesting speak to the man. Whilst we had him on the line we asked him his opinions on some of the bicycle design aspects of the moment.

PEZ: Thank you for speaking to us, can I open by asking about your background?
Hambini: I’m and aeronautical engineer on military jets like the Eurofighter Typhoon and the F 35 Lightning.

PEZ: How did you get into cycling?
I have to tell you that I’m not someone who has ever ridden a bike to compete or is mad keen about the sport. I was simply a leisure cyclist who migrated into making parts for bicycles – I must stress that I’ve never had any desire to emulate Chris Froome. 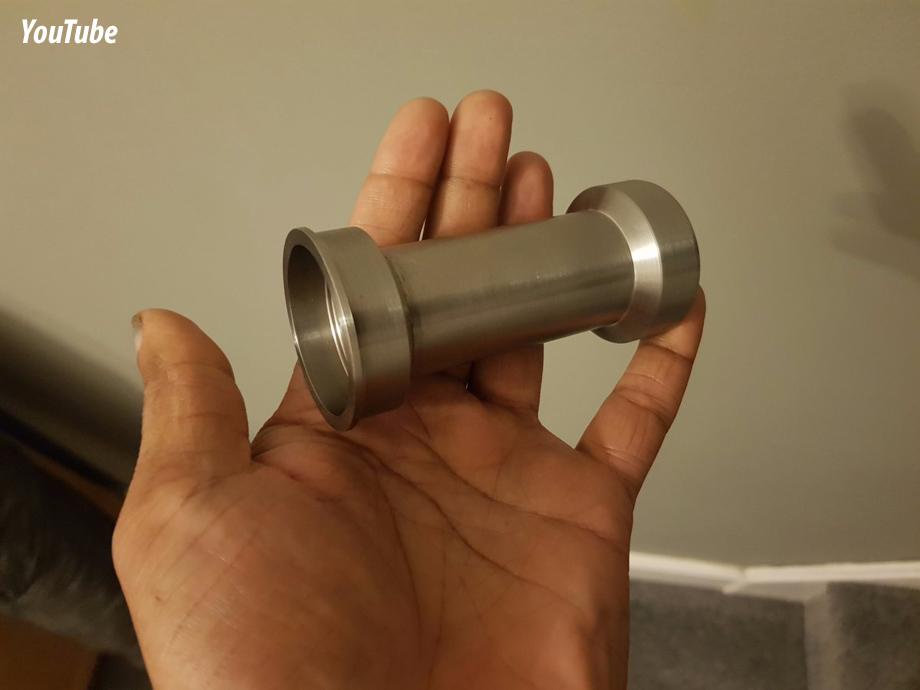 PEZ: So how did you get into manufacturing cycle components?
In or about the early 2000’s I was working with British Aerospace when a major cycling nation approached them; they wanted to go fast on the track and in time trials. I was an aerodynamicist then, at a time when the science of aerodynamics was at it’s absolute peak in the UK – even now it’s still at the cutting edge, many of the Formula One teams are based here. I was involved in the project to an extent on the aerodynamic side which piqued my interest. Around 2013/14 I bought a Cervelo S5 to commute on, it had a press fit bottom bracket which wasn’t the best [Mr. Hambini described it in rather more strident terms] so I made one myself. Then I had problems with the Di2 on the bike and I took it to my local bike shop. The guy in the shop was looking at the bike when he was sorting the Di2 and asked where I got the bottom bracket from, I told him I’d made it myself and he asked if I’d make him one. It all started from there; the rep from MADISON, the importers heard about me and I started making brackets for them – a hundred quid bottom bracket is a lot more cost effective than replacing a frame.

PEZ: Why are your brackets superior?
I’m not maintaining they’re superior but they won’t creak and they’re much stiffer.

PEZ: A pro mechanic friend of ours tells us that all press fit bottom brackets are ultimately doomed to wear and therefore creak?
He’s right, if the bearing unit is harder than the bracket shell its being inserted into then the shell will wear. SRAM came up with a sleeve between the bracket and the shell but after a few extractions, that will wear too. 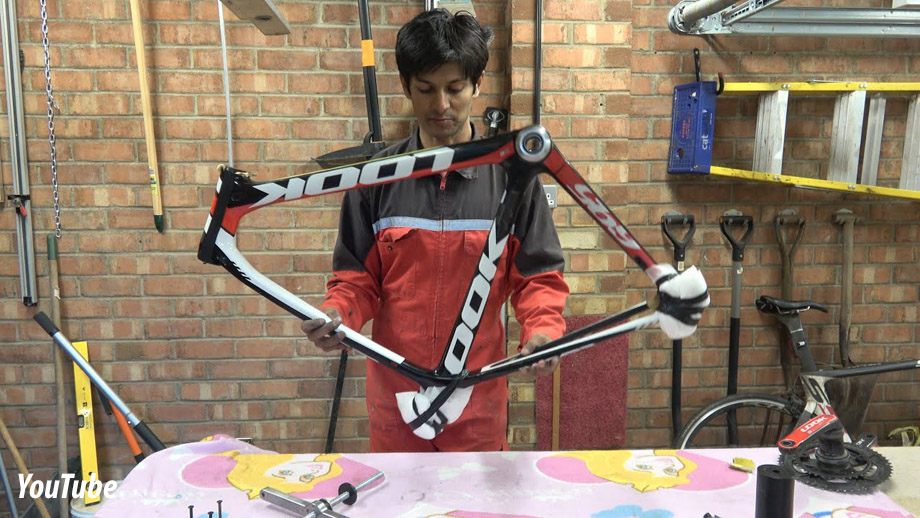 PEZ: Some frames you work on get a very bad press from you with non-round bottom brackets, voids in the carbon lay-up and mis-alignment; but you admire Look and Time frames – why?
I believe that some manufacturers simply sub-contract from the cheapest source they can find so there’s minimal quality control. The Looks and Times are better designed from the start and have good locating systems for their bearings – they look like they have good quality control and attention to detail in their design and manufacture.

PEZ: What’s the Hambini take on ceramic hub bearings?
On a test rig they may spin nicely but in real life they’re so hard, harder than the bearing surfaces they run on, that’s called a ‘hardness differential’ and it means that they’ll eventually mark the bearing surfaces and run rough.

PEZ: Our hoop ‘guru’ tells us that 44 mm. is the optimal depth for aero rims?
I’d say maybe a little deeper, maybe 55 mm but he’s certainly in the ball park. But when you get into 80/90 mm that’s just too deep for practical road use in the UK, it’s just too windy.

PEZ: ‘Wind tunnel tested’ road bikes, how relevant in the real world?
In a bunch in a road race the wind will be coming at you in different directions and at different velocities, plus you’ll be moving about on the bike, constantly correcting and there’s also a lot of turbulence in a bunch. In a wind tunnel everything is rigid, fixed so the results are irrelevant – I’d say ‘aero’ road frames are a waste of time.

PEZ: Disc brakes?
H: I’ve never ridden a bike with discs so can’t really comment on performance but can tell you that they’ll cost 10/12 watts at race speed with the additional drag.

PEZ: Tubeless tyres?
They enjoy better rolling resistance, yes but if you get a cut which the self-sealing compound can’t cope with and you’re out on the road then you have a problem. There’s also the issue of seating the tyre on the rim, on a lot of occasions you need a compressor to get enough air into the tyre quickly to make it locate on the rim. I think there’s still development to be done.

PEZ: Over-size derailleur jockey rollers?
A waste of time, the extra aero drag with the longer cage negates any friction savings – and there’s a slight weight penalty with the longer chain.

PEZ: The trend of mega chainrings on the track and in time trials?
That’s valid because it reduces the angle the chain runs at but there’s trade off – if you look at how much closer to the road the bottom of the chain ring is then that has to cause more turbulence, the top of the ring isn’t so much of a problem because that air is churned already.

PEZ: 1 x transmission a good idea or vehicle to sell more frames and group sets?
A student at one of the universities chose that very subject for his thesis and his conclusion was that if you’re a rider who can cope with a wide variation of cadences, say 70 to 90 rpm than they’re fine. But if you’re someone who rides within a narrower cadence band, say 85 to 90 rpm then they’re not for you and you need double chain rings.

PEZ: Is paying £7,700 for a pair of wheels justifiable?
That’s not for me to say, perhaps if they were made to micron tolerances then ‘yes’ – but do you need that kind of tolerance on a pair of wheels? 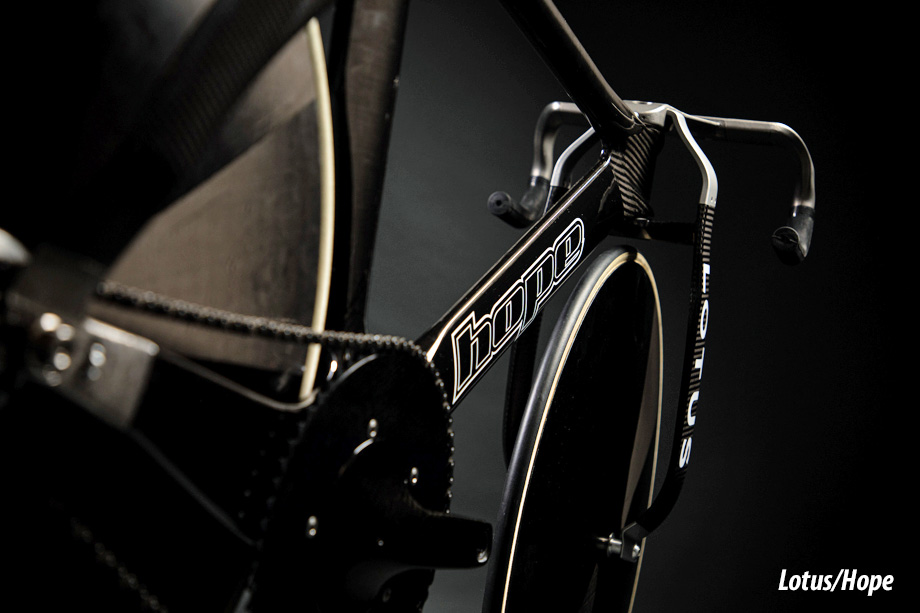 PEZ: What’s your opinion on the new GB Lotus Hope machines?
My aero philosophy would be to minimise breakages in the path of the air from front to rear of the bike. The Lotus has gone for the exact opposite and I think it will be quite a flexible frame in riding. The Argon 18 bike or the Koga with close clearances is what I would go for.

PEZ: Finally, tell us about those YouTube videos of yours.
When I realised that much of the cycling Media in the UK was just an extension of the marketing departments of the major bicycle manufacturers I decided that someone had to tell the truth. And most of what I say is just common sense. . . 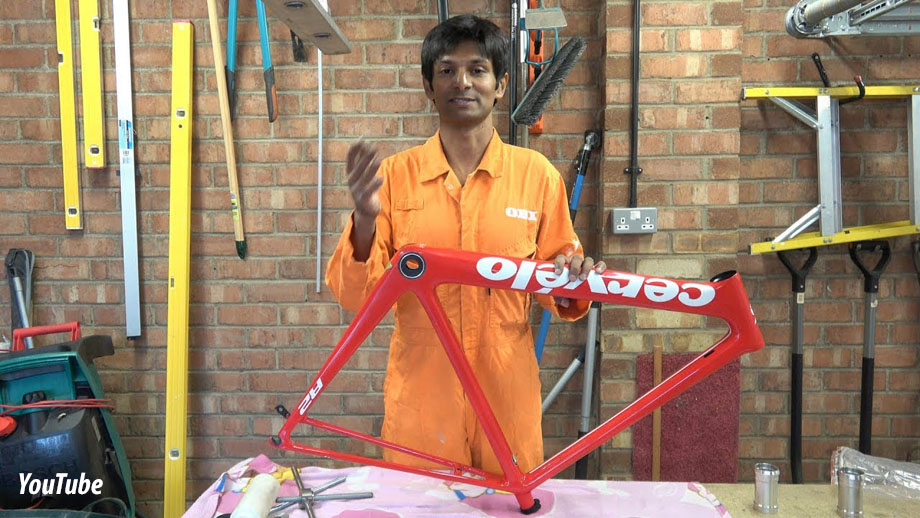 # And he does not ‘hold back’ when he says it, with thanks to the man for his time and insights, you can see all the Hambini YouTube videos HERE. #