A quick look around the WorldTour peloton these days shows somewhat of a new trend of late – beards. With the likes of cycling royalty in Sir Bradley Wiggins sporting some growth or classics strongmen Luca Paolini and Simon Geschke sporting full grown beards we thought we’d take a closer look at our hairy friends plus some of the classic beards of days gone by.

When I approached this topic around the editing round table here at PEZ for ideas I was quickly shouted down on the topic by our old timer (ok, he prefers the title ‘experienced’, reporter Ed Hood who stated,

“Fabio Baldato is the only cyclist in the history of the world, ever – to get a way with a beard. All others are the Devil’s work. Period.

When I become UCI president they’ll become illegal, along with long socks, black socks, races in the desert & riders less than 5’6″ in the Pro Tour . . . .” 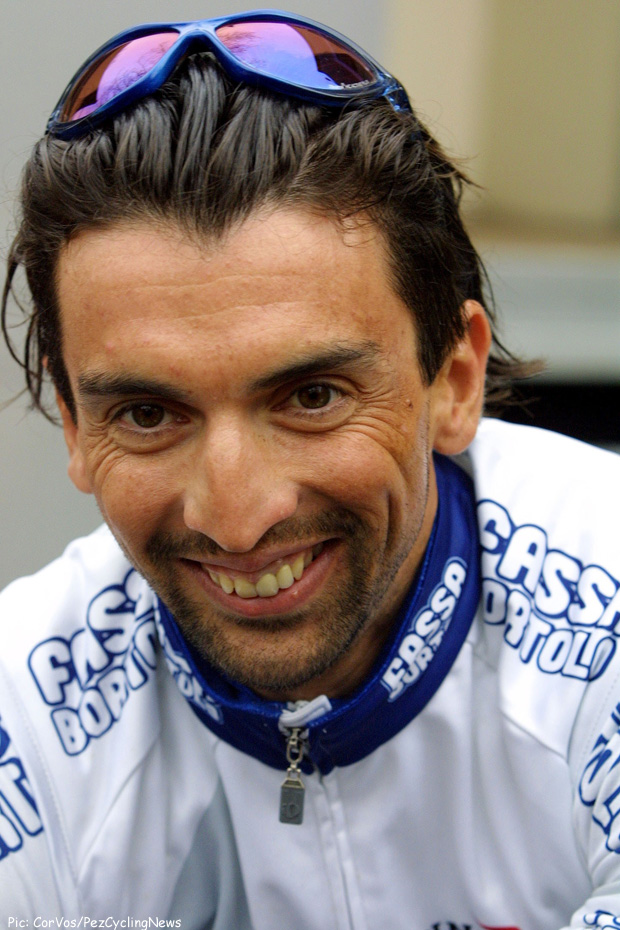 Now BMC director Fabio Baldato back in his Fassa Bortolo days sporting a small goatee that he had almost throughout his entire 17 year career.

Tough words indeed Ed and it’s true that I remember a time when Director Sportifs would outlaw beards or even small goatees from riders in their teams. The modern trend of tattoos was also banned – unless they were able to be hidden under standard team clothing. These days though there are many tattooed and more importantly for this article – bearded riders in the peloton with two of the most recognisable in the WorldTour this year being Luca Paolini and Simon Geschke. 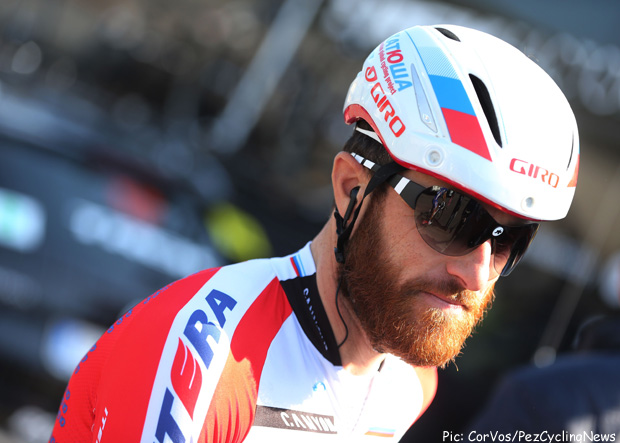 Between the skinsuit, the aero helmet, the bug eyed glasses and the reddish tinged beard – you’re not going to miss Paolini easily. 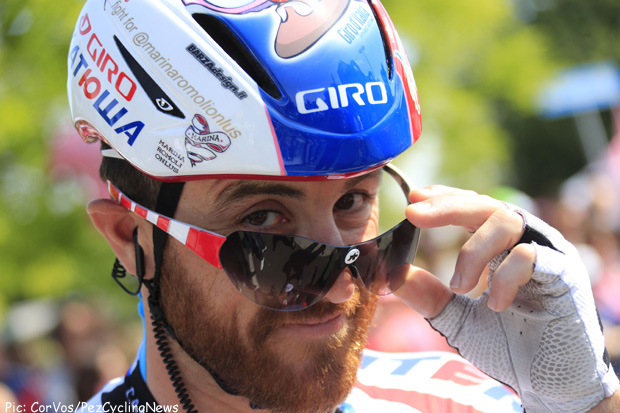 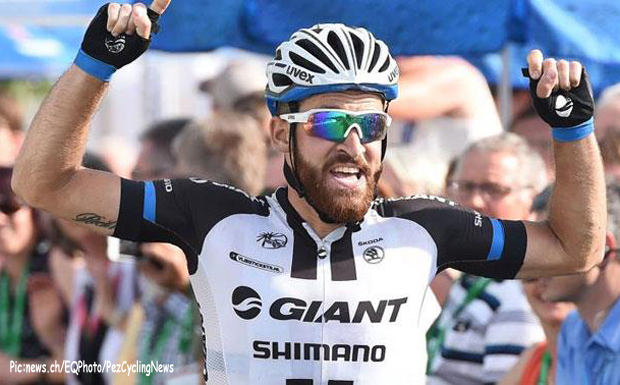 Simon Geschke proved that a beard doesn’t stop you from winning with a great win this past week in Switzerland at the GP Kanton Aargau-Gippingen – his first victory since 2011. 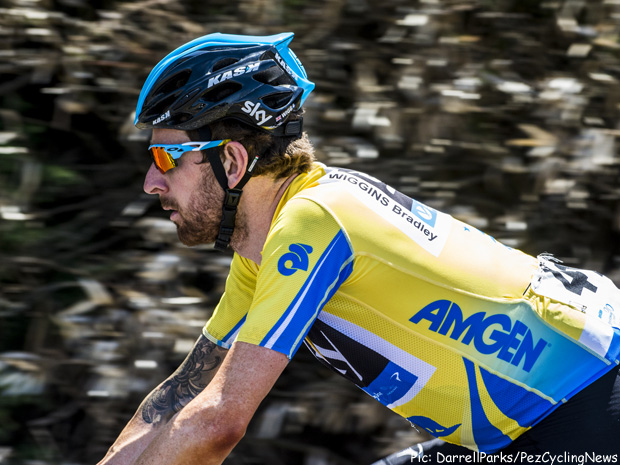 Bradley Wiggins is one of the rare GC men sporting the facial fluff which certainly didn’t slow him down any on his way to overall victory in California this year. 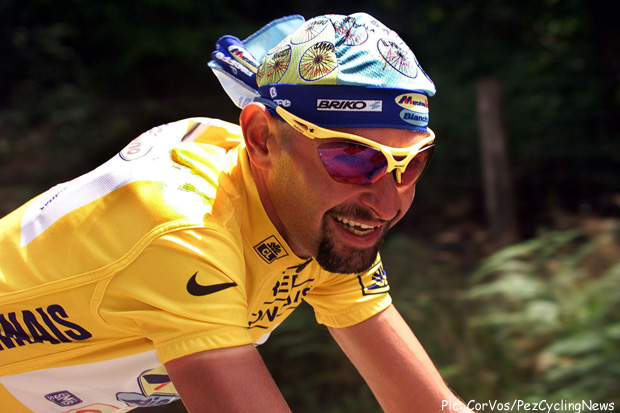 A lot less spectacular goatee was that of the late Marco Pantani. He sported it on and off for a number of seasons and even dyed it yellow after winning the ’98 Tour de France. 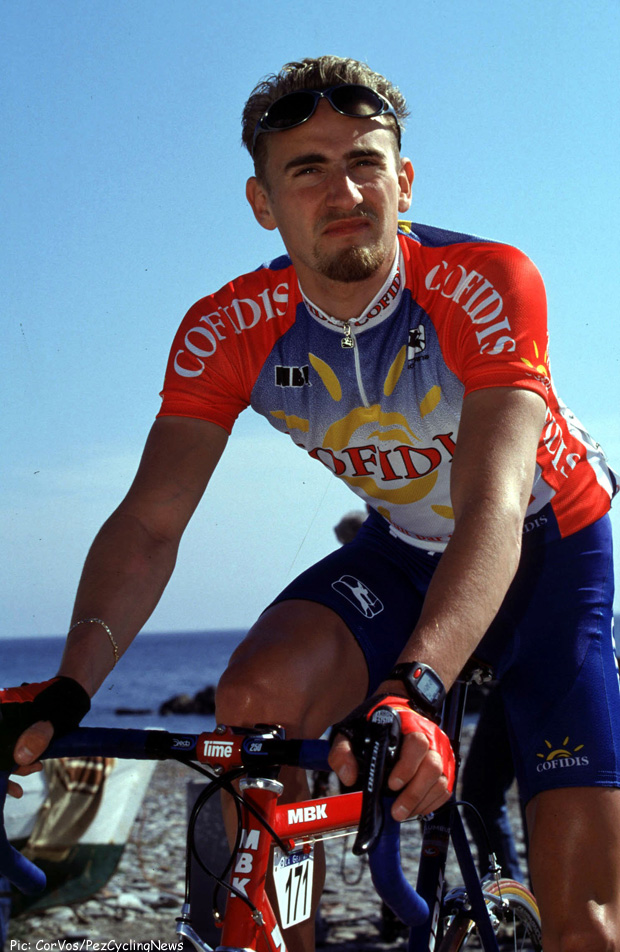 Another rider who sported a goatee and is sadly no longer with us was Frank Vandenbroucke. Frank often had the fluff on his chin and was also known to dye it – and his hair in various colors from time to time. 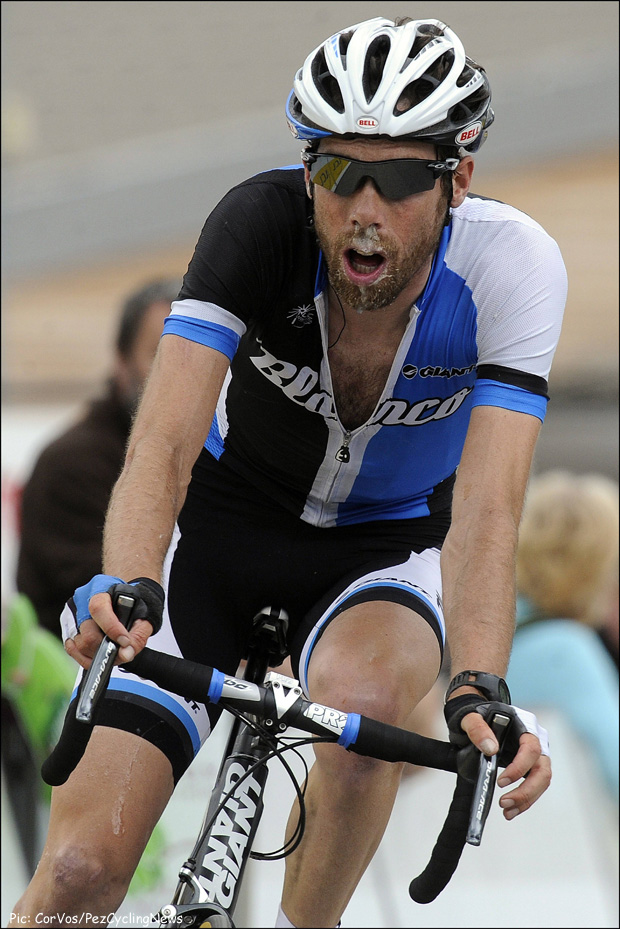 No beard article could be complete without a reference to Laurens ten Dam aka The Wolfman. Ten Dam has been wearing his beard with pride for a number of seasons and he looks after it with a constant grooming of slobber and snot… 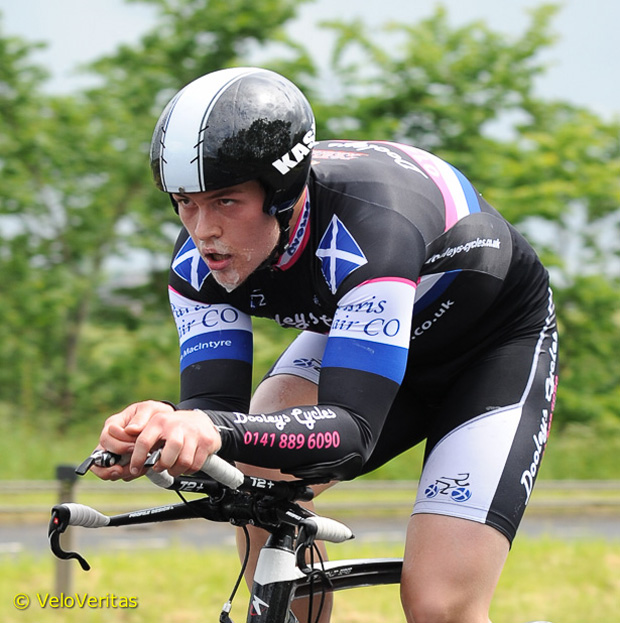 … a trend which seems to have caught on and even taken to the next level at the recent 25 mile Scottish Time Trial Championships – a Snot Beard! 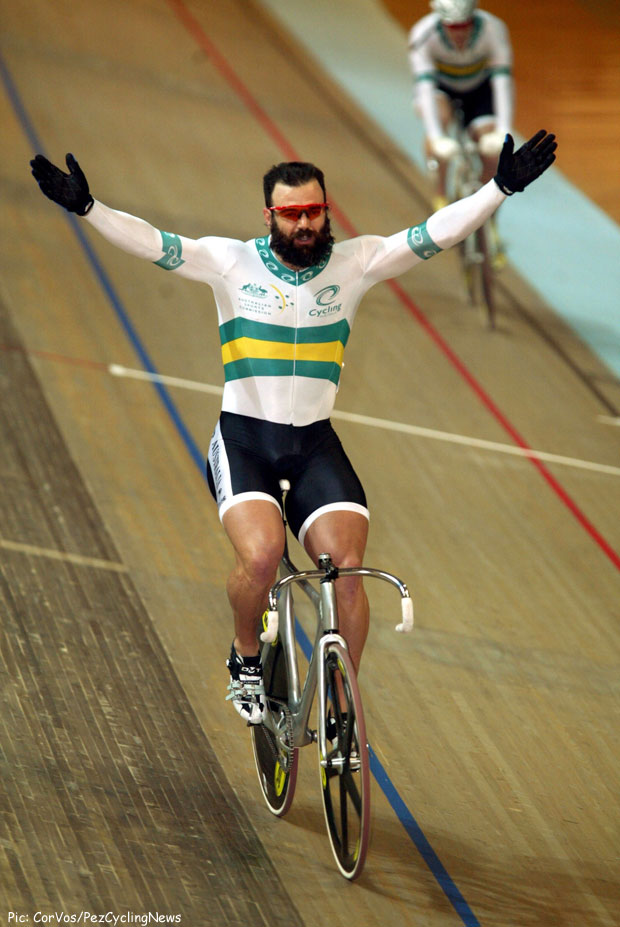 When it comes to big beards at international level though many of us here at Pez still think of the massive figure of Australian World Champion Sprinter, Sean Eadie. Just over a decade ago in an event where every millisecond counts, Sean didn’t seem to give a damn about aerodynamics and grew a huge bushranger style beard that certainly made him stand out on the boards. 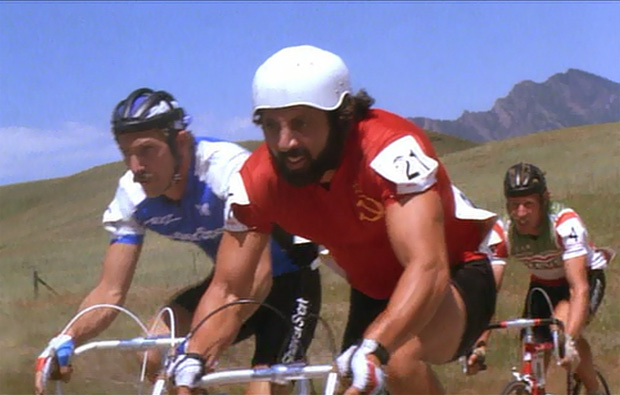 Of course no article on beards could be had without a quick shout out to the lead Russian cyclist in the classic 80’s film American Flyers. The big, burly, furry giant in what looked like an ice cream container helmet is a classic case of stereocasting and over acting – as is the whole movie but it’s well worth a watch anyway.

Got some more bearded suggestions? Are you yourself a bearded cyclist in the peloton? Come over to our facebook page and let us know your thoughts – or even better, post your pics!

Team Katusha in Tour of Slovenia