In one of the greatest climbs ever in American cycling, the epic 3,865-foot uphill trail to the Amgen Tour of California’s first summit finish on Mt. Diablo in Stage 7 today served as a battleground for attacks and breakaways, with Team NetApp-Endura’s Leopold König (CZE) overtaking Team Jamis-Hagens Berman’s Janier Alexis Acevedo (COL) in the final meters to win the stage.

“The entire race I felt good. I had good legs today,” said König. “To be truthful, I like alpine-top finishes, and thought I could win today. This is the biggest win so far (career) for me. But, hopefully more in the future.” 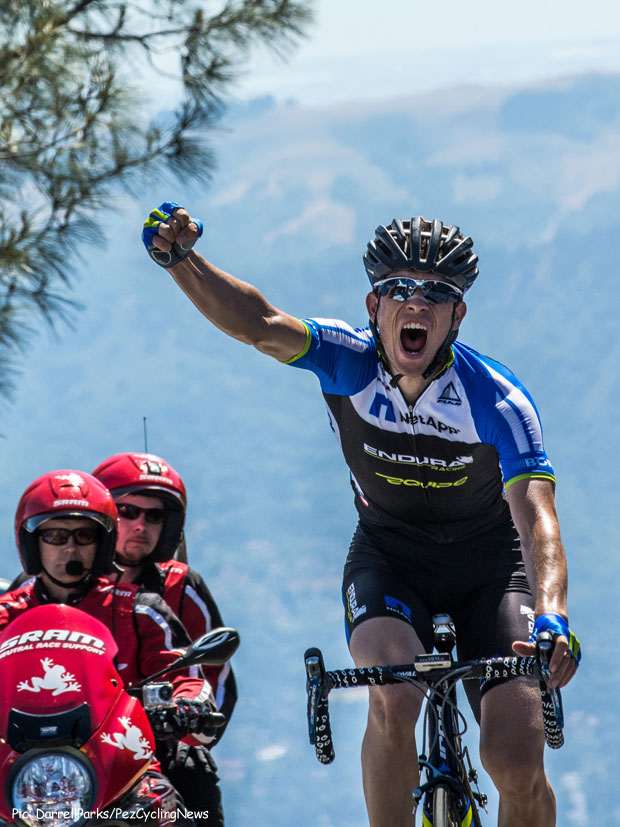 Yesterday’s climb up Metcalf Road at the end of the San Jose time trial foreshadowed the result of today’s uphill finish. After posting two of the fastest climbs yesterday, König and Acevedo attacked the three-man leader group in the final two miles at one of the steepest points of the route. Pulling ahead to a 20-second advantage over the peloton, it was either rider’s stage to win until the final 200 meters when König went clear to seal the victory. 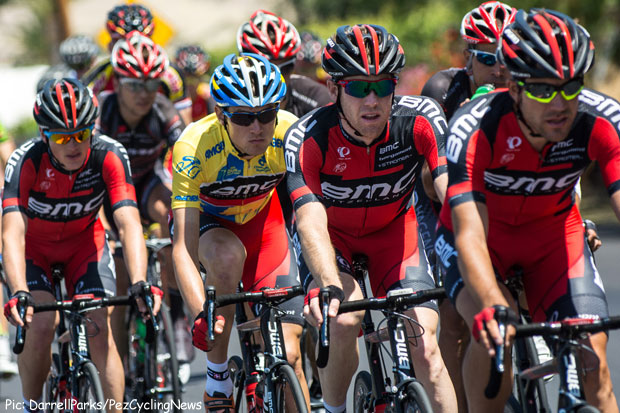 BMC Racing Team worked hard to control the peloton up the mountain to put team leader Tejay van Garderen (Boulder, Colo.) in position to finish the stage in third place and secure the Amgen Race Leader Jersey he gained after Stage 5 for the 8-stage race’s conclusion tomorrow. Crossing the finish line just after van Garderen was 2010 Amgen Tour of California champion Michael Rogers (AUS) of Team Saxo-Tinkoff, who trails the overall leader by 1 minute, 47 seconds. van Garderen and BMC Racing Team will be looking to defend the yellow jersey and take the overall victory tomorrow in Santa Rosa, Calif., where the team is headquartered.

“It was an unbelievable team effort. I knew they were strong. I knew they were motivated. But they went above and beyond. They made my life somewhat easy out there, but it was still a hard day.” said van Garderen, taking note of the meandering 10-mile climb up Mt. Diablo, which is situated east of Oakland. “The climb was beautiful. I heard they wouldn’t let bikes up the last two kilometers, so to see so many people hike the final way up was amazing.”

Vacansoleil-DCM Pro Cycling Team’s Lieuwe Westra (NED) was awarded his third type of special award jersey today, donning the Amgen Breakaway from Cancer® Most Courageous Rider Jersey after spending most of the day in a breakaway the initiated after the morning’s start in Livermore. In the final 10 miles of today’s stage, one by one, the lead riders fell back into the peloton as they toiled to the top of Mt. Diablo, with Westra and Team NetApp-Endura’s David De La Cruz (ESP) holding out as the only remaining escapees until the final miles when several attacks changed the leader landscape. 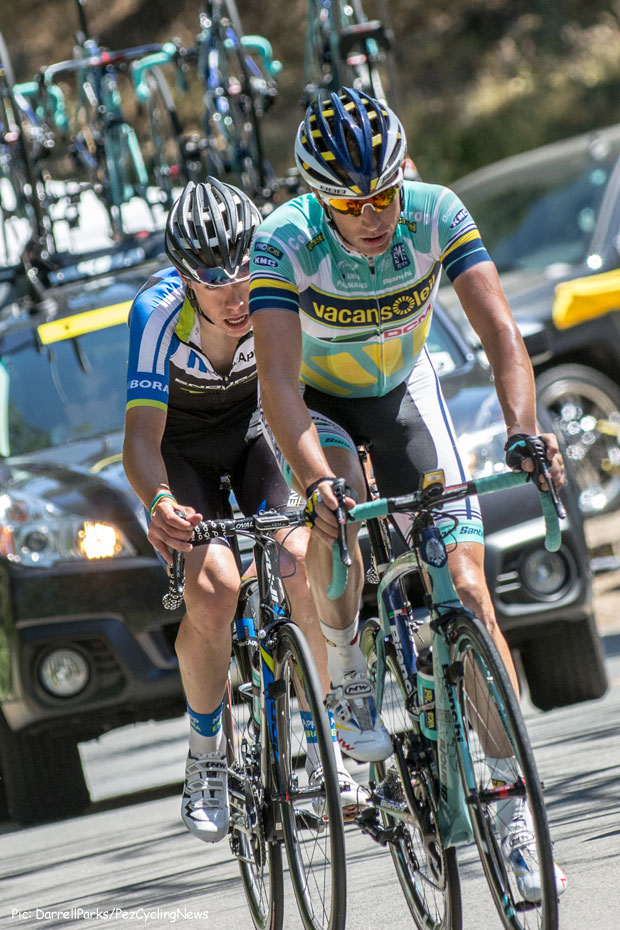 Westra constantly attacked throughout the day saying he hoped he would “win another stage” and even “make it to the podium for the final day.” His breakaway group grew their lead through the day to a maximum of four minutes, which the peloton closed to about 30 seconds at the base of Mt. Diablo. As the final 10 miles up Mt. Diablo steepened, various teams took the opportunity to attack. A bold move in mile 88 by RADIOSHACK LEOPARD TREK’s Jens Voigt (GER) recalled his solo uphill attack yesterday to claim the stage. Closing the leader gap to 15 seconds, Voigt was then overtaken by Francisco Mancebo Perez (ESP) of 5-hour ENERGY presented by Kenda Racing Team, in an attempt to catch the leaders (Westra and De La Cruz) before the finish.

With about two miles left to ride, Mancebo had the two leaders in his sights and quickly gained the lead, just as Voigt fell back into the peloton, where Janier Alexis Acevedo was making a move to the front. Acevedo then broke away from the peloton with 1.8 miles left to go in a bid to make up the 34 seconds that would put him in third place overall ahead of ORICA GreenEDGE’s Cameron Meyer (AUS). Acevedo’s uphill work paid off, and he will head into the final day of racing tomorrow defending the third-place overall podium spot :6 ahead of BMC Racing Team’s Mathias Frank (SUI) and :7 ahead of Meyer. 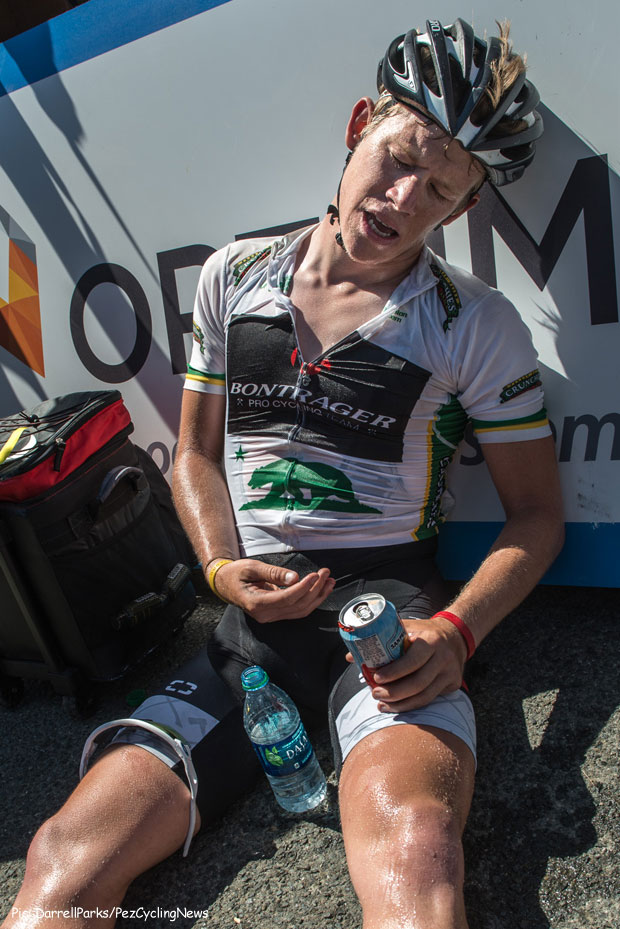 Today’s stage saw no changes to the other leader jerseys: Cannondale Pro Cycling’s Peter Sagan (SVK) will continue in the Visit California Sprint Jersey, though only one point separates him from Team Garmin-Sharp’s Tyler Farrar (Seattle, Wash.), who will be vying for a jersey change tomorrow. With no mountains in tomorrow’s stage, BISSELL Pro Cycling’s Carter Jones (Boulder, Colo.) has clinched the Nissan King of the Mountain Jersey, which he’s worn since the first day of racing; and Bontrager Cycling Team’s 21-year-old Lawson Craddock (Austin, Texas) will continue for the final day in the Crunchies Best Young Rider Jersey, which he claimed in Stage 2. 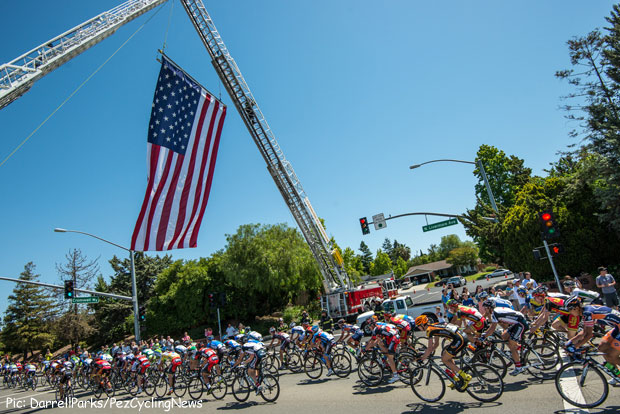 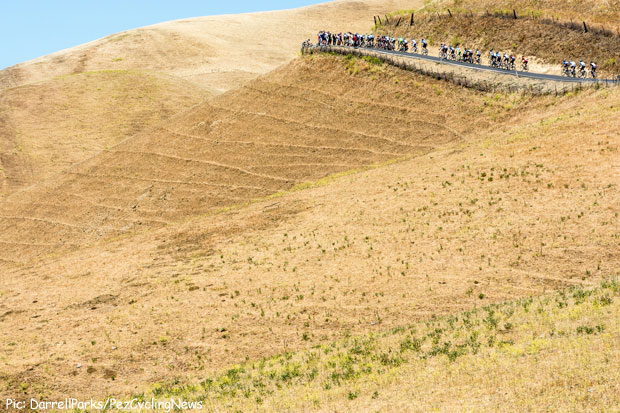 Dry conditions on the road today 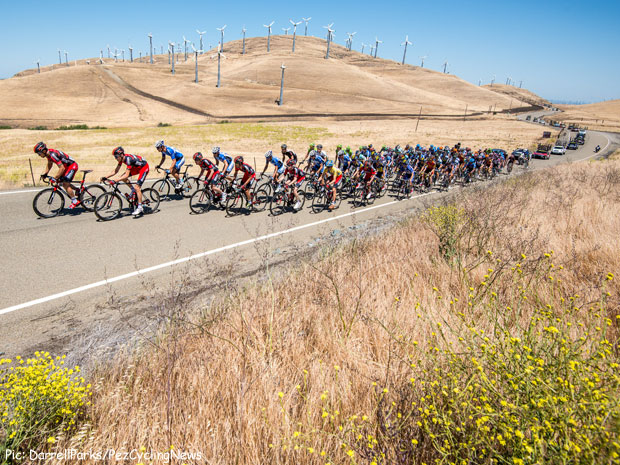 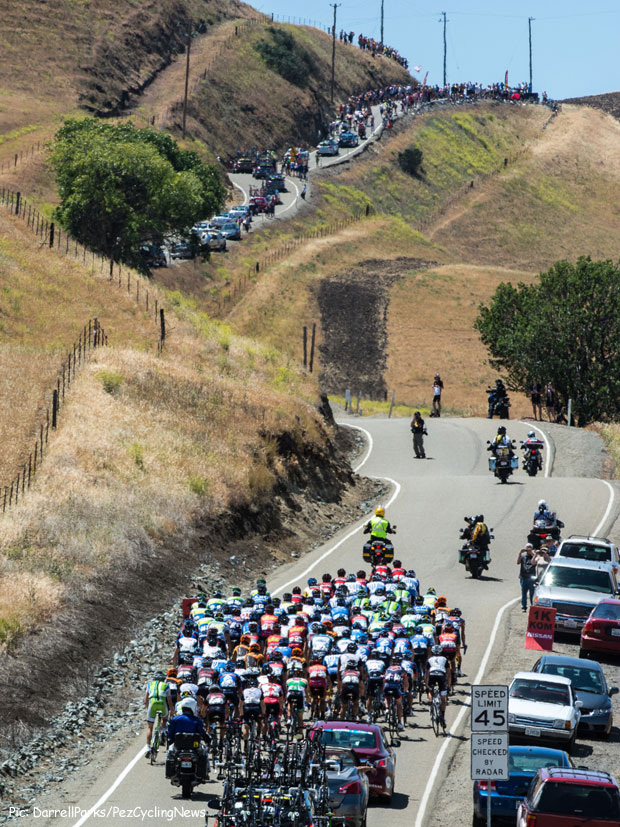 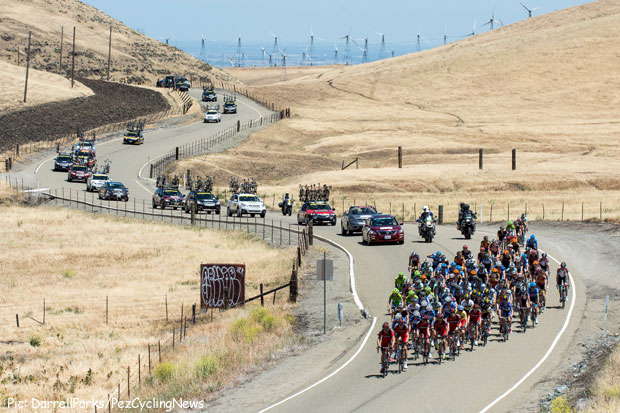 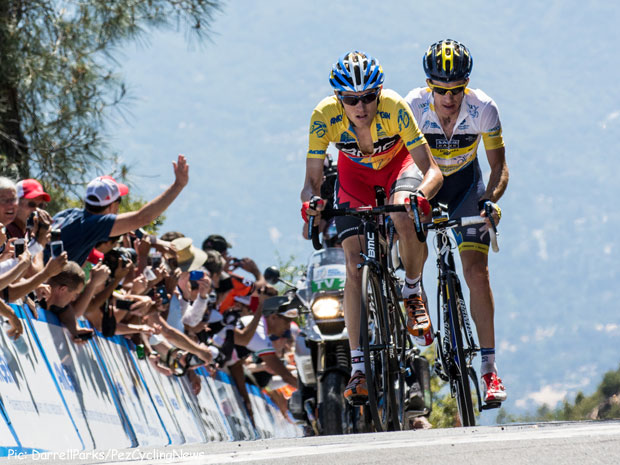 Tejay comes to the finish with Michael Rogers in his wheel. 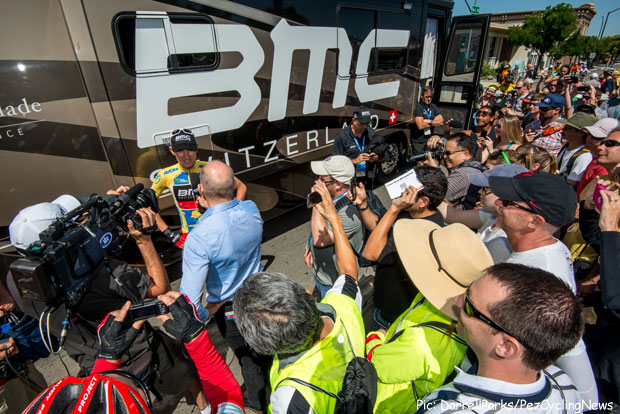 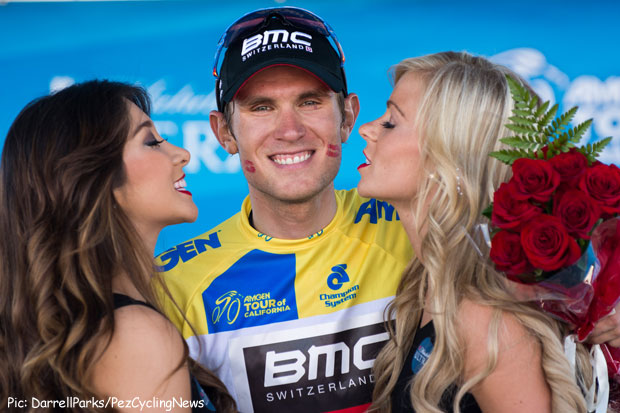 I think Tejay is getting used to this.