One of the best parts of travel is eating, and drinking, the different and delicious tastes from another part of the world. Pez’s Lee Rodgers just had the best meal of his life in a Belgium, but it should be no surprise as exquisite dining is also part of Velo Classic Tours’ raison d’etre. Prepare to drool…

Belgium has been a revelation. Riding the Koppenberg, the Oude Kwaremont, The Tour of Flanders on Sunday, Scheldeprijs and VIP treatment on Wednesday, and Paris-Roubaix’s feared cobblestones to come on our ride Friday and another VIP trip to the actual race this Sunday. 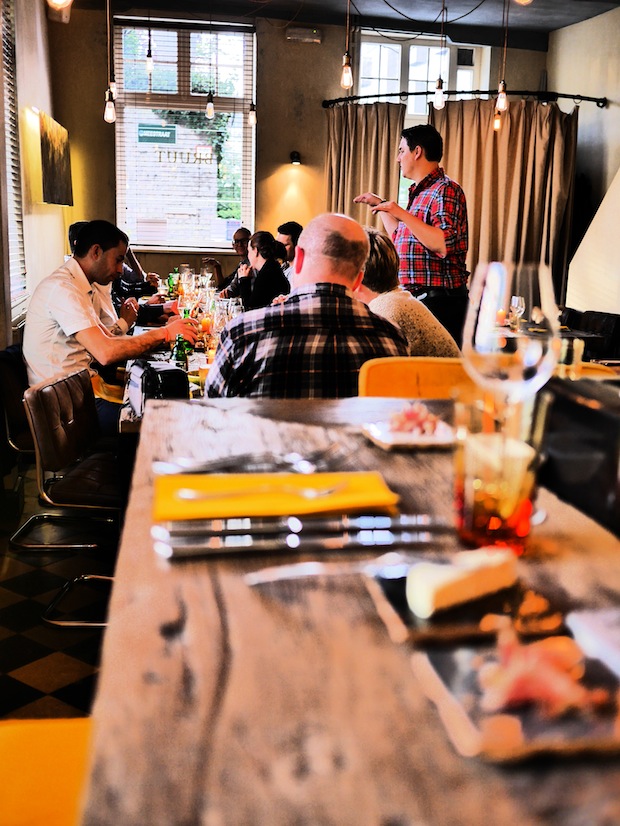 Gent’s fantastic old riverside, the astonishing beauty of Brugges with history encased in brick and mortar at every turn and fantastic 5 star hotels were, in a sense, to be expected.

This was all, after all, on the itinerary. 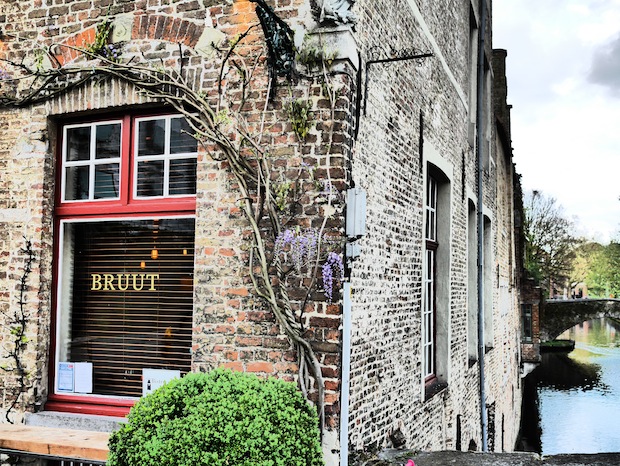 Yet it’s been another aspect of this trip that has completely blown me away, and that is the amazing restaurants and the food consumed within that have been right up there with the riding and the races. 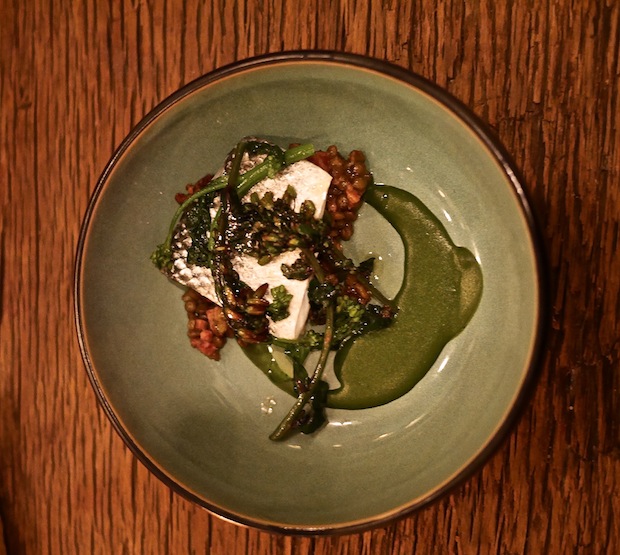 I’ve never been a foodie and, truth be told, had I come alone on this visit to cycling’s version of heaven I’d probably have been eating little more exciting than frites and mayonnaise and hot dogs with the odd dozen bananas thrown in for the sake of vitamins.

Belgium doesn’t exactly rank high in the famous European food hotspots, and yet the culinary delights that we’ve been treated to on the Velo Classic Tour this week have been nothing short of amazing.

Time to rethink not only my diet, it seems, but also the status of Flandrian cuisine. 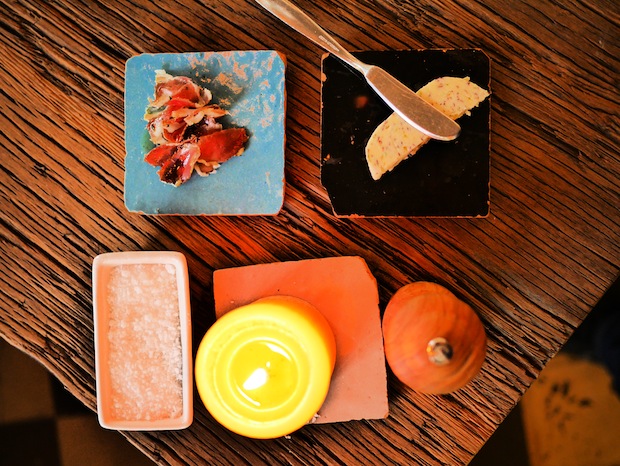 Tuesday evening was a case in point.

After a day spent riding the pivotal sections of the Flemish spring classic Gent-Wevelgem race course, including the climbs of the Zwarteberg, Monteberg, Rodeberg and Kemmelberg (and by the way, it’s not advisable to attempt those with a hangover, take my word for that), we then headed to a meal at the Bruut restaurant, a few minutes walk from our hotel. 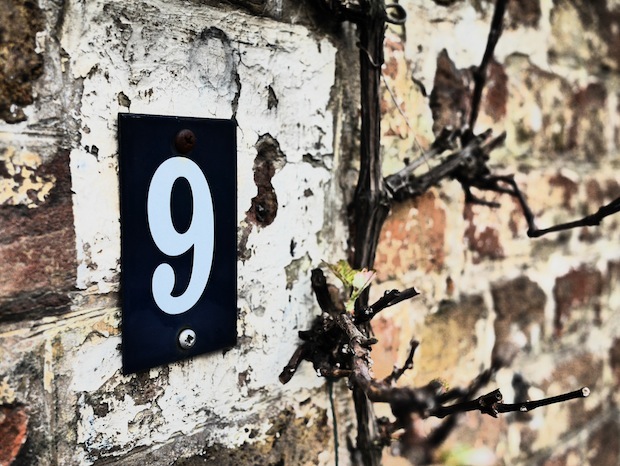 The façade was pretty and unostentatious, sat alongside one of the tributaries of the river that runs through the town.

The interior had a rustic, homely feel, featuring a wine list that, thanks to the expert selection of Peter Easton, the man behind Velo Classic Tours and Dan Kelly, one of Pete’s customers who also knows a thing about the vino, had my tastebuds wondering what had hit them. 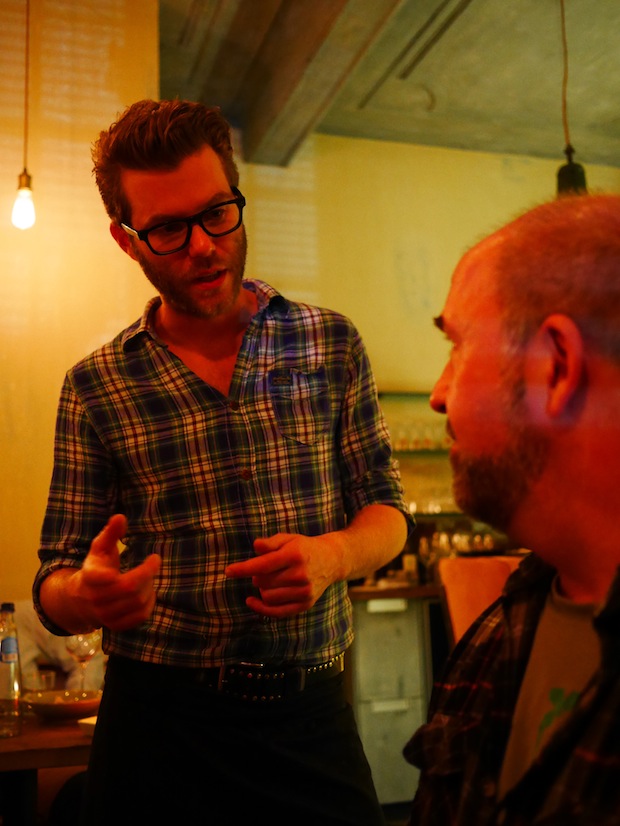 Talk of the cobbles we’d ridden earlier that had most of us perched gingerly on our seats and predictions for Schelderprijs rolled around the table, as we sipped on the Vedett beer that had been specially selected by Bruut’s owner to get our evening of haute cuisine chowing down to a perfect start. 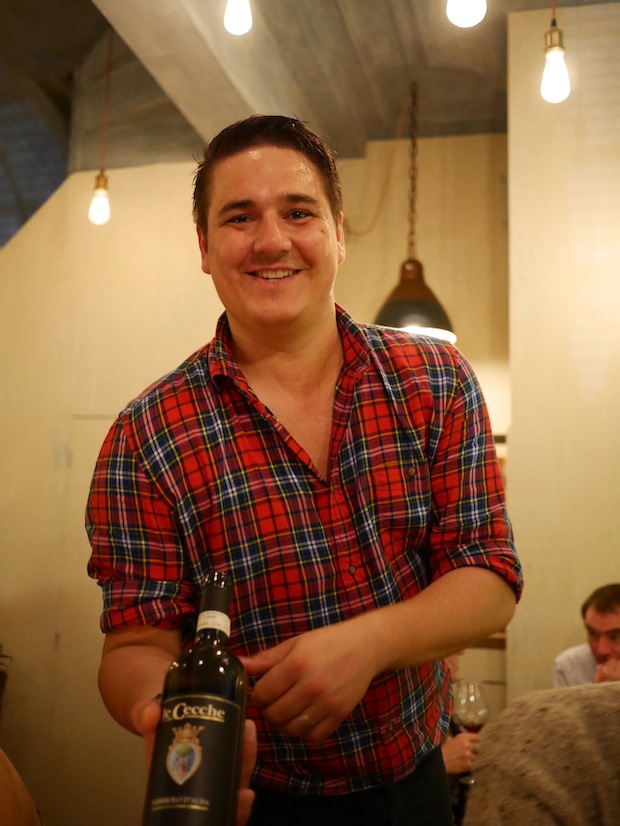 Vedett was first brewed in 1945 and though never really that popular in its first incarnation, it has in recent years been experiencing something of a revival, and its light, crisp and hoppy flavor combines perfectly with its slightly wacky branding. 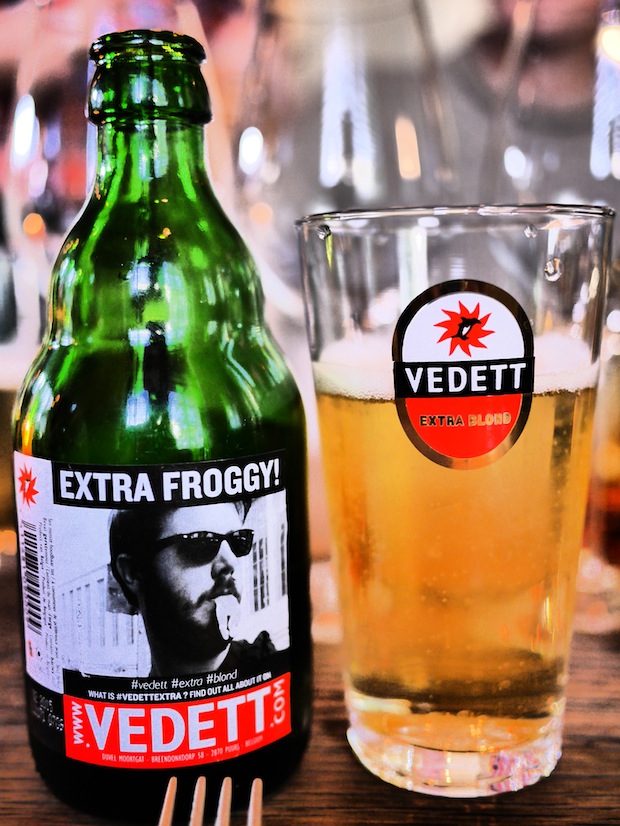 A palate cleanser for sure, and a real antidote as a lager to liquids like Budweiser and Pabst that dare to call themselves ‘beer’. Yes, I am a beer snob, and with over 500 Belgian beers to choose from, why wouldn’t you be? 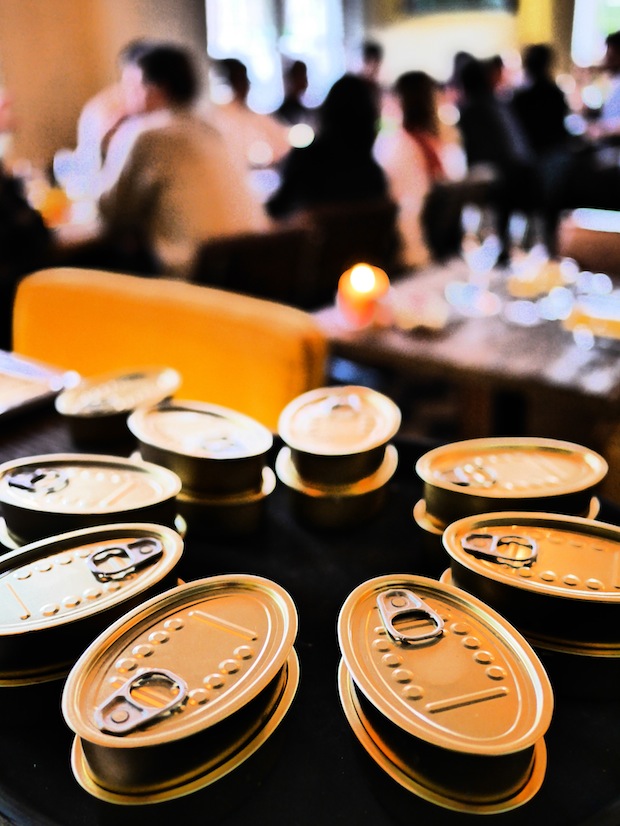 First up on the food menu was eel presented in a gold tin, which, whilst not my cup of tea really, looked the part. 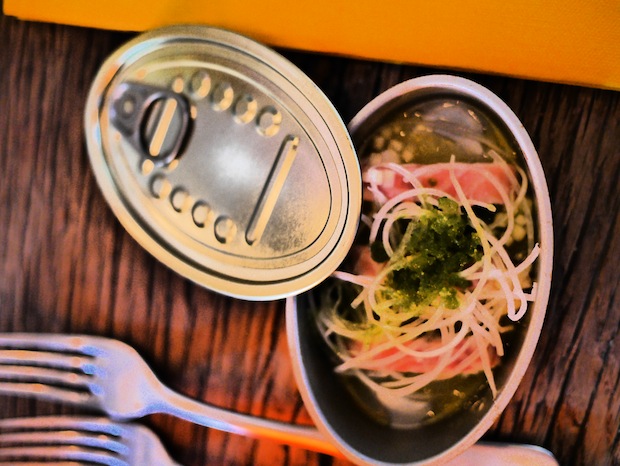 The first bottle of white was uncorked, sniffed, rolled around the tongue then coiffed with gusto. All this cycling lark makes you thirsty, you know. 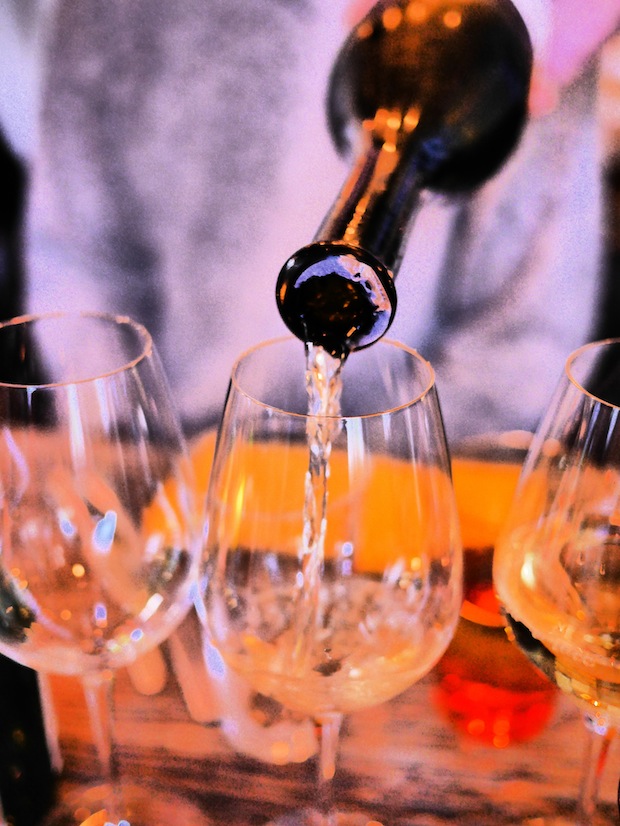 Then came the ‘Asparagus Flandrian Style’, which, our server told us, basically means poached with a dressing of lightly cooked egg. 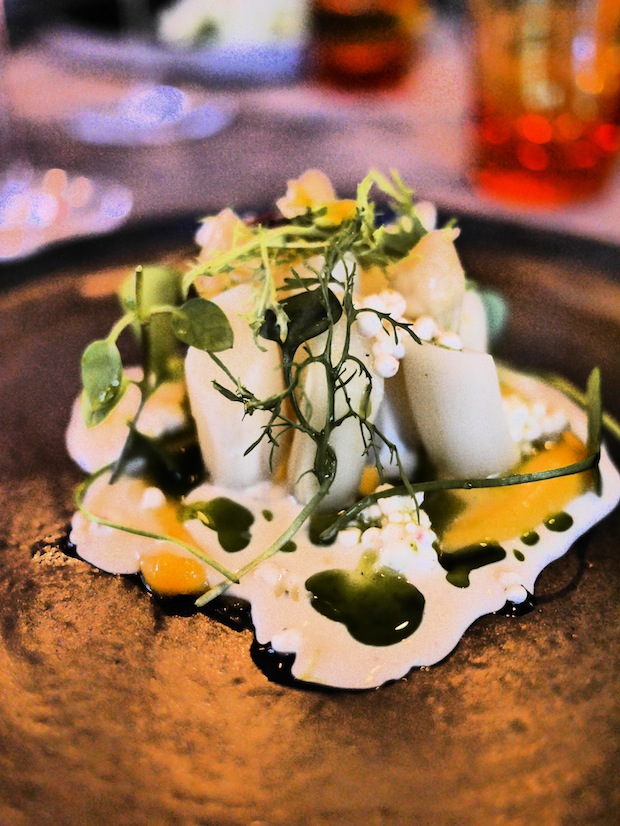 Like much of the food we’ve been treated to here, it looked almost too good to eat – almost. But munch we did, intrepid adventurers we, through course after course and bottle after bottle. 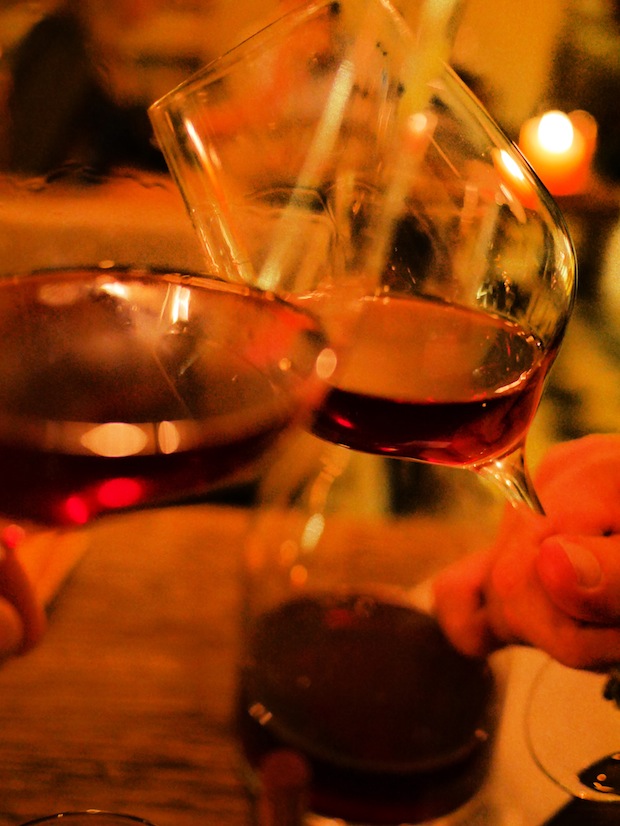 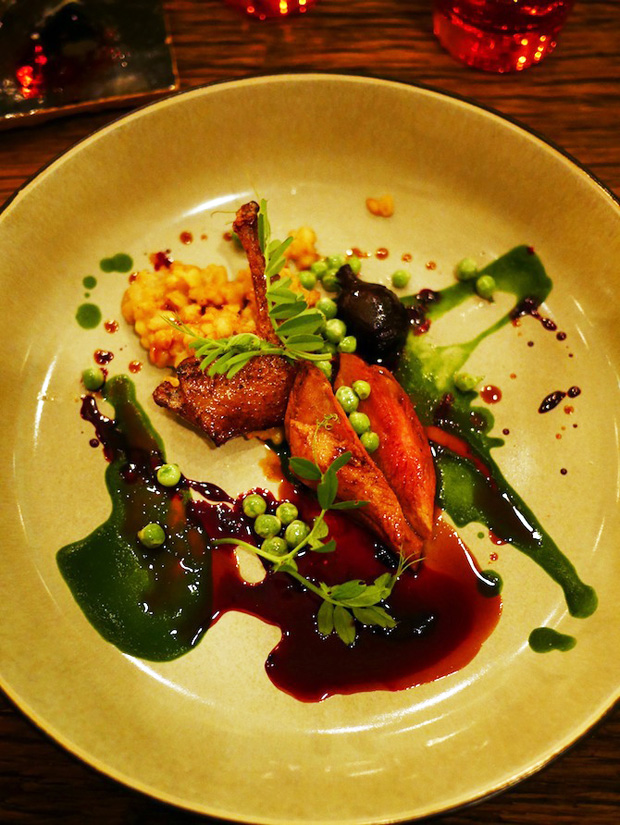 And the ice cream, out of this world, full of things and flavors that should never be mixed and yet glorious all the same. 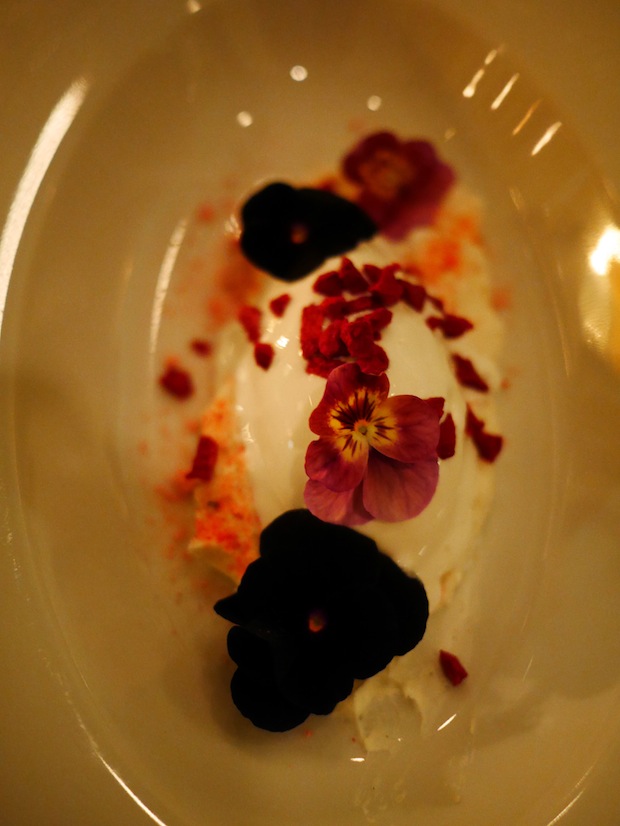 Locking all this together to combine to be the best restaurant experience I’ve had to date was the conversation, which even, from time to time, strayed away from tire pressures, cobbles, and whether it’s ok to wear a cycling hat with casual clothing. 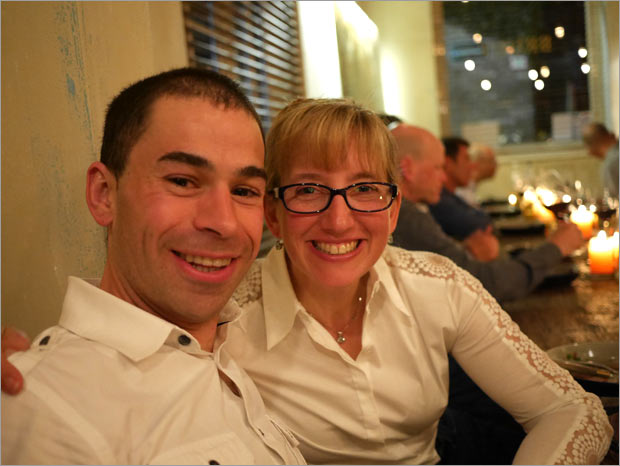 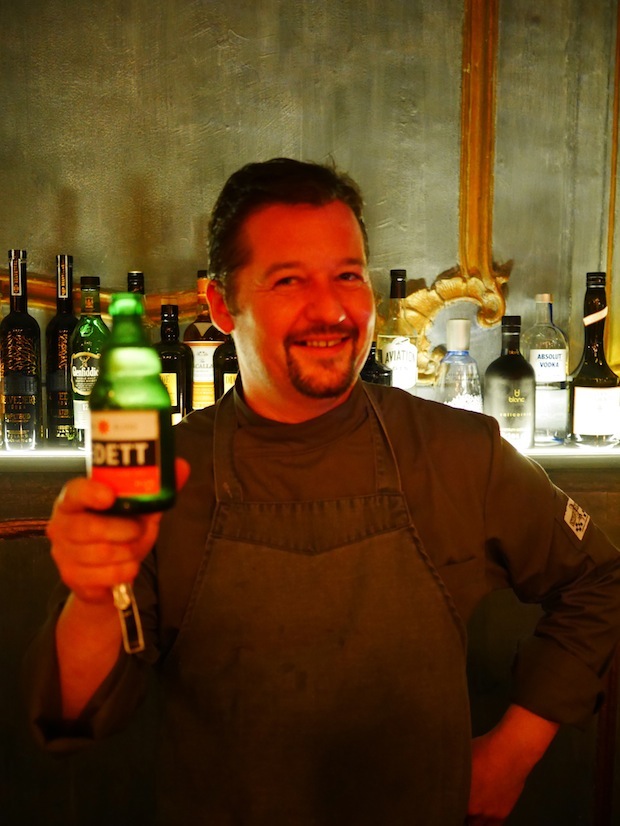 The next day we were up and at ‘em at Scheldeprijs, getting spoiled alongside the jeweler who made the race trophy (at a cost of 15,000 euro) and Johan Museeuw, he of the questionable and legendary status.

That was followed by today’s ride, a transfer of 100km from Brugges to Tournai, our base for the next three days before we head to Paris-Roubaix.

Today was truly one of the best rides of my life, through the Flemish Ardennes, across the Doorn cobbles and over the Achterberg and Kaperij climbs of the Tour of Flanders.

Beautiful weather, great company, and the chance to hammer it over the famous cobbles.

It doesn’t get much better than this…

Thanks to Velo Classic for making it all happen – check them out here for your own taste of culture, service and world class cycling.